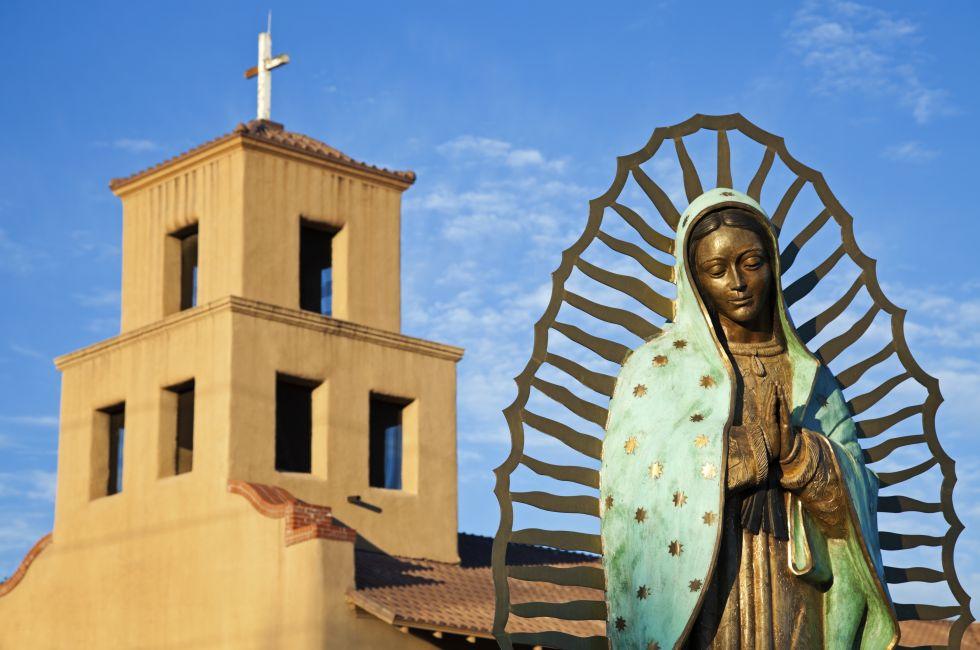 On a plateau at the base of the Sangre de Cristo Mountains—at an elevation of 7,000 feet—Santa Fe brims with reminders of four centuries of Spanish and Mexican rule, and of the Pueblo cultures that have been here for hundreds of years more.

The town's placid central Plaza has been the site of bullfights, gunfights, political rallies, promenades, and public markets since the early 17th century. A one-of-a-kind destination, Santa Fe is fabled for its chic art galleries, superb restaurants, and diverse shops selling everything from Southwestern furnishings and cowboy gear to Tibetan textiles and Moroccan jewelry. If Santa Fe had a somewhat provincial, regional vibe at one time, the scene has changed considerably of late, with more and more retail and dining mixing local with international, often cutting-edge, styles.

La Villa Real de la Santa Fe de San Francisco de Asísi (the Royal City of the Holy Faith of St. Francis of Assisi) was founded in the early 1600s by Don Pedro de Peralta, who planted his banner in the name of Spain. During its formative years, Santa Fe was maintained primarily for the purpose of bringing the Catholic faith to New Mexico's Pueblo Indians. In 1680, however, the Indians rose in revolt and the Spanish colonists were driven out of New Mexico. The tide turned 12 years later, when General Don Diego de Vargas returned with a new army from El Paso and recaptured Santa Fe. To commemorate de Vargas's recapture of the town in 1692, Las Fiestas de Santa Fe celebration—which includes the infamous burning of Zozóbra—has been held annually since 1712.

Following de Vargas's defeat of the Pueblos, the then-grand Camino Real (Royal Road), stretching from Mexico City to Santa Fe, brought an army of conquistadors, clergymen, and settlers to the northernmost reaches of Spain's New World conquests. In 1820 the Santa Fe Trail—a prime artery of U.S. westward expansion—spilled a flood of covered wagons from Missouri onto the Plaza. After Mexico achieved independence from Spain in 1821, its subsequent rule of New Mexico further increased this commerce. The Santa Fe Trail's heyday ended with the arrival of the Atchison, Topeka & Santa Fe Railway in 1880. The trains, and later the nation's first highways, brought a new type of settler to Santa Fe—artists who fell in love with its cultural diversity, history, and magical color and light. Their presence attracted tourists, who quickly became a primary local source of income.

Santa Fe is renowned for its arts scene, vibrant tricultural (Native American, Hispanic, and Anglo) heritage, and adobe architecture. The Pueblo people built their homes using a "puddled-mud" method (liquid mud poured between upright wooden frames), which melded well with the adobe brick construction introduced to the Spanish by the Moors. The Hispanic culture, still deeply rooted in its ancient ties to Spain and Catholicism, remains a strong influence on the easier pace of this city. Cosmopolitan visitors from around the world are consistently surprised by the city's rich and varied cultural offerings despite its relatively small size. Often referred to as the "City Different," Santa Fe became the first American city to be designated a UNESCO Creative City, acknowledging its place in the global community as a leader in art, crafts, design, and lifestyle. 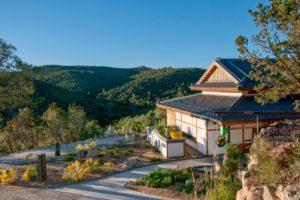 Recommended Things to Do in Santa FeSEE ALL 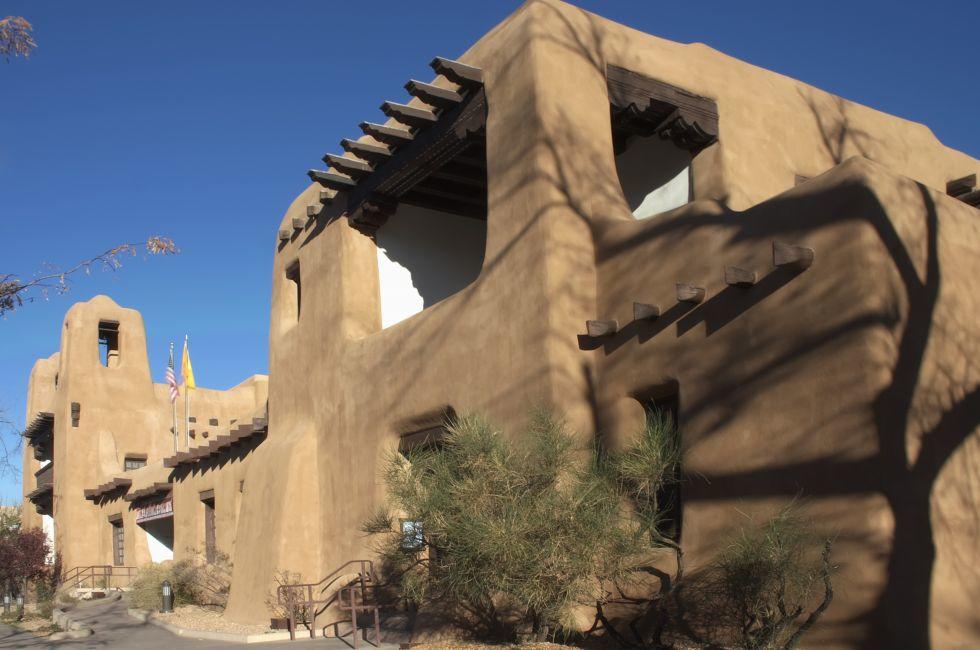 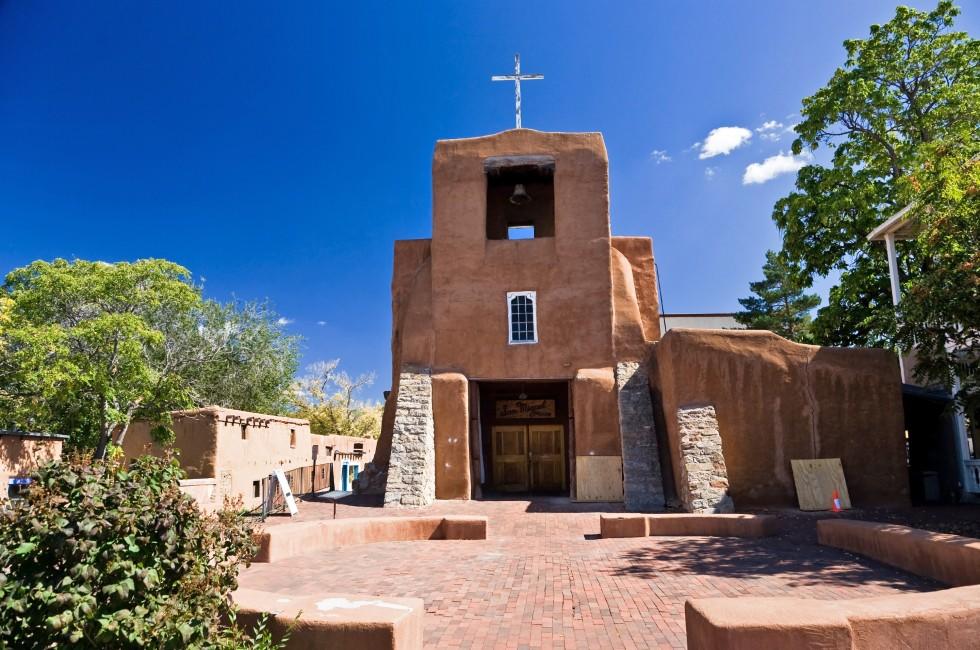 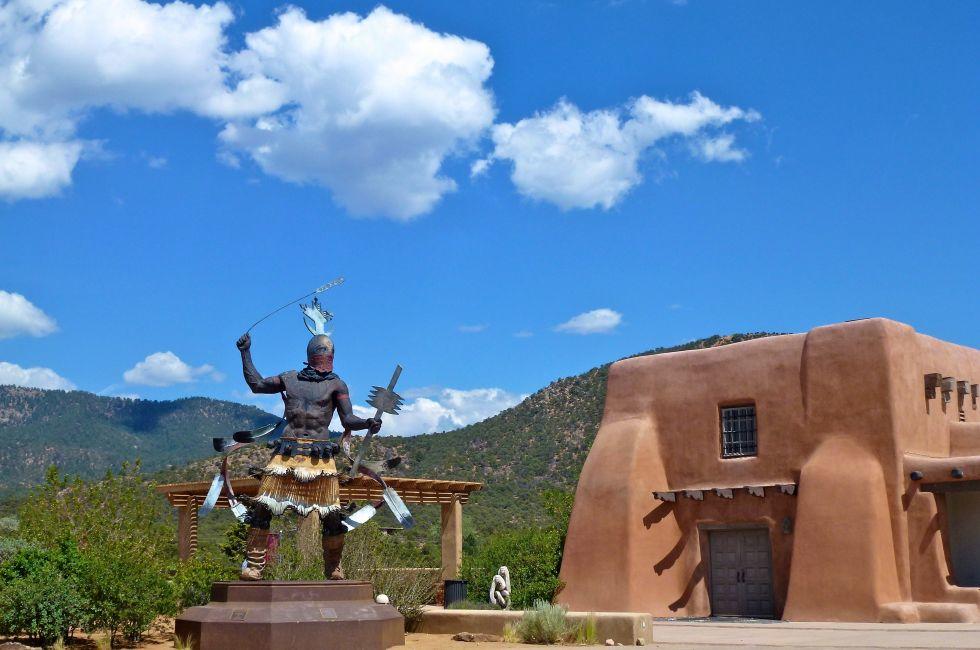 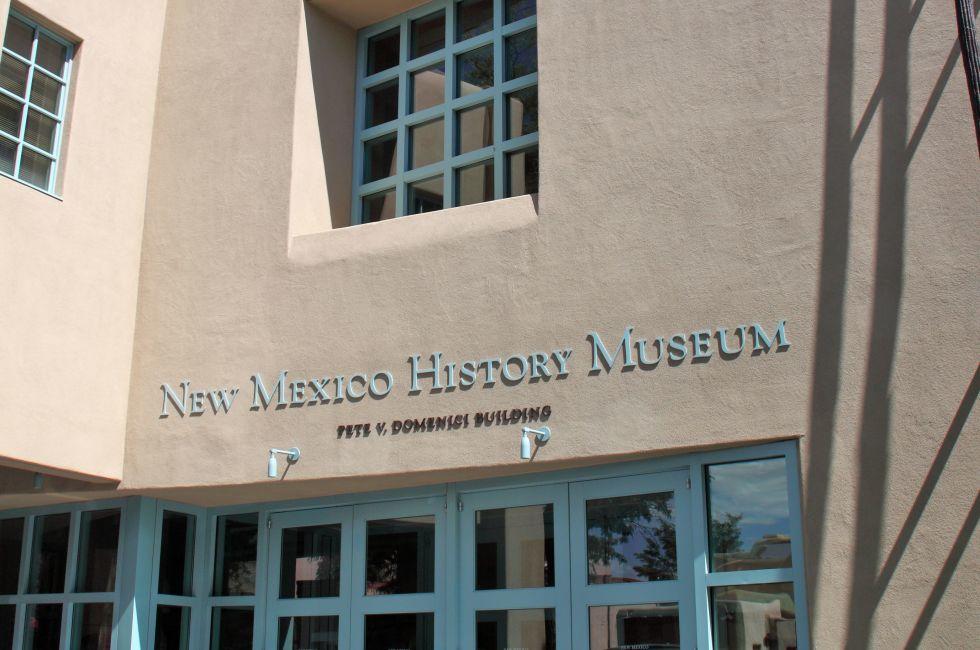 Find the perfect tours and activities in Santa Fe. 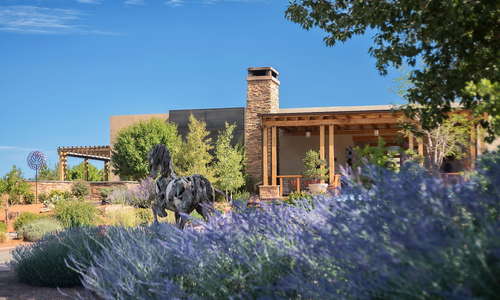 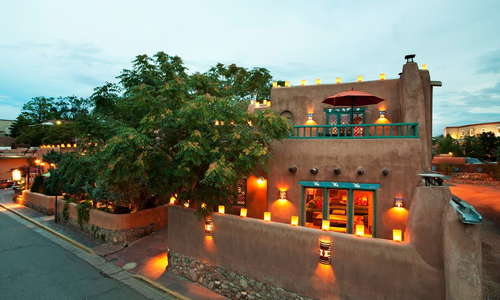 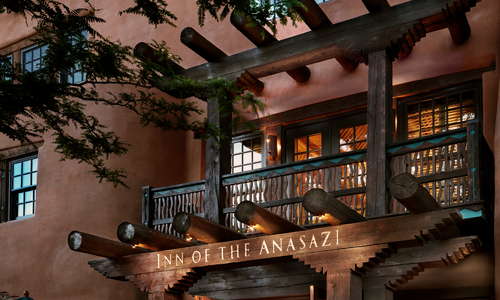 dining
Rosewood Inn of the Anasazi
$$$$ | The Plaza 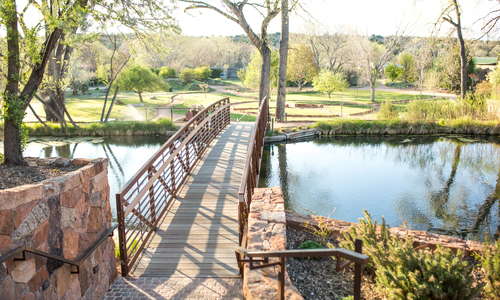 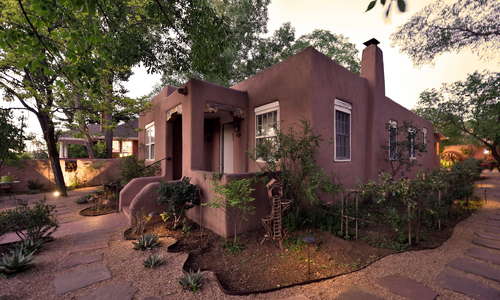 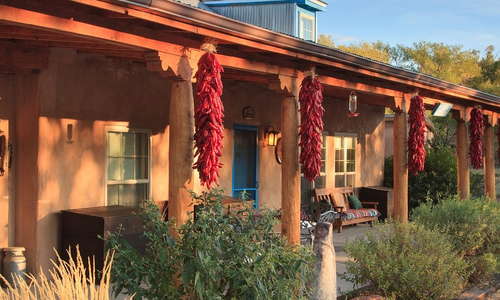 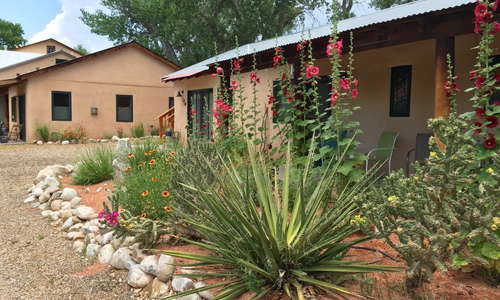 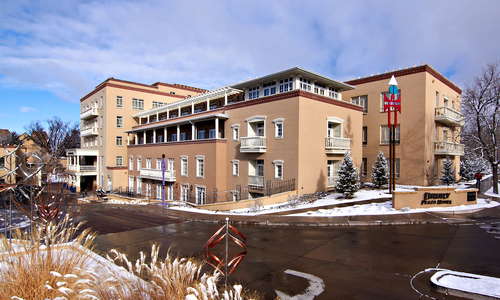 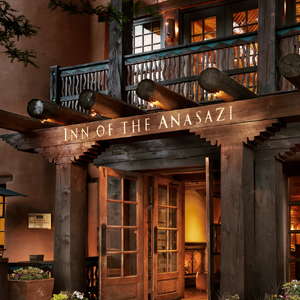 8 Santa Fe Hotels That You'll Want to Hang Out In

Nature Lovers Will Be Obsessed With These 16 Santa Fe Hotels

Find the best food tours and activities in Santa Fe.

Immerse Yourself in the Wonders of Santa Fe
Surreal and spicy, Sante Fe has something for everyone.

Santa Fe’s Top 14 Experiences
From Native American cultural attractions to its burgeoning dining scene, Santa Fe offers terrific experiences that should be on every traveler’s list.

5 Reasons to Go to Santa Fe Now
It’s harvest time, and there’s an overriding feeling of abundance in the air. Here’s are five reasons you should take a trip there soon.

Summer’s 10 Best Outdoor Theater Experiences
What better backdrop for a performance than the night sky? Here are 10 great venues where you can enjoy outdoor theater this summer.

World’s Most Unique Dining Experiences
Have you ever had canapés in a canopy? A feast on top of a glacier? Here are 20 one-of-a-kind culinary adventures around the world.