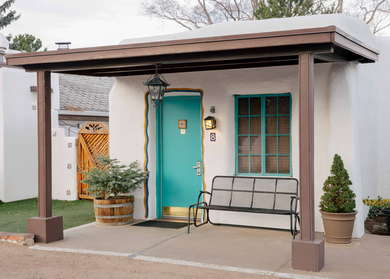 The kind of place where Lucy and Ricky might have stayed during one of their cross-country adventures, the El Rey was built in 1936 but has been brought gracefully into the 21st century, its rooms and bathrooms handsomely updated without losing any period charm. The 5 acres of beautifully landscaped grounds are covered with flowers in the summer and towering trees shade the parking lot. The El Rey is a few miles from the Plaza, but it's also priced lower than closer-in properties, making it a terrific value.

YOU SHOULD KNOW The El Rey is set along a busy four-lane road without much curb appeal, but you can mitigate the noise by choosing one of the rooms in the rear of the compound.

Rooms come in a wide range of sizes, shapes, and styles, and all are individually decorated and might include antique television armoires, beamed ceilings, kiva fireplaces, ornate tinwork, and upholstered wing chairs and sofas; some have kitchenettes, and all are outfitted with small refrigerators and coffeemakers. Each unit has a small covered patio with wrought-iron chairs, and nearly all of the rooms have private outdoor entrances as well as a (free) parking space nearby. 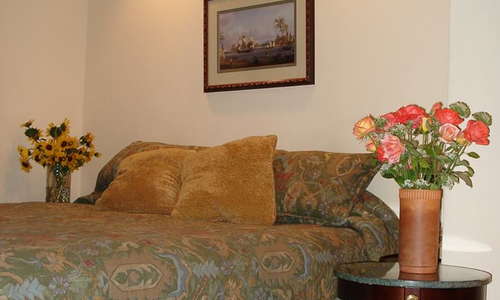 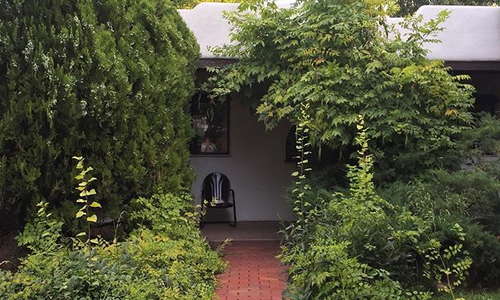 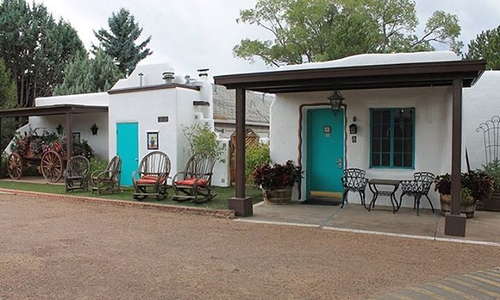 Photo: I had a fun time in Santa Fe meeting new people and hearing about their stories! Also, I love how everything there is turquoise! #elreyinn #santafe #newmexico #travel #reporter #journalist #news / @mirandamchodgkins

As with the elements of this quirky mid-century compound, bathrooms are distinctively furnished and range a bit in size and configuration. They have all been modernized, however, and have tile walls, combination shower-tubs, and granite counters.

As its spread out over several acres and rooms mostly have their own entrances, the lobby at El Rey is less a gathering spot among guests than at some other hotels. That said, the lobby is warmly decorated with eclectic antiques, armchairs, historic Southwestern paintings, tile floors, a kiva fireplace, and traditional latilla-and-beam ceilings. There's also a guest computer and printer. 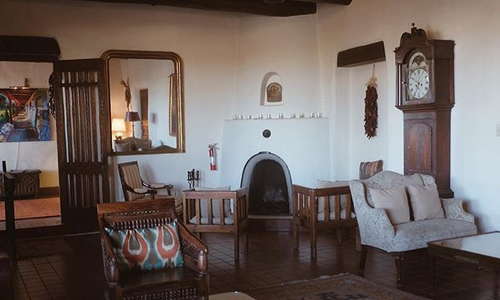 Photo: Spending the week in New Mexico for a creative recharge. We will post some of what that looks like for us. Here is the lobby to the @elreyinn that's been here since the 60's. / @pastranastudio 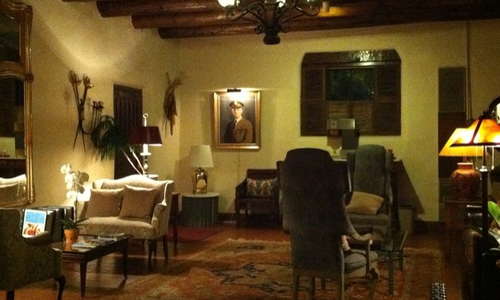 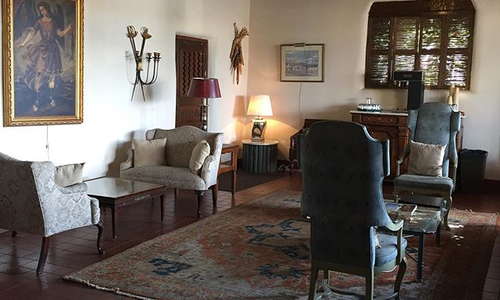 There's a landscaped courtyard with tables and chairs by the hotel's large outdoor pool, which is fringed with beach chairs and red umbrellas. You can also soak in the indoor and outdoor hot tubs, and the sauna. 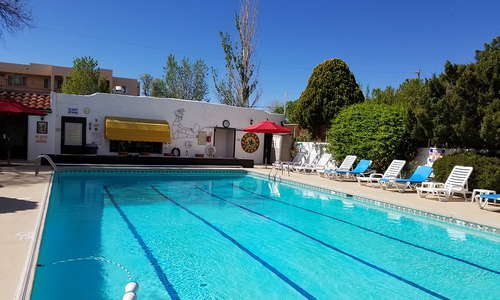 You'll find a very small gym by the sauna and indoor hot tub. It's very basic but handy in a pinch.

The inn has no restaurant, although there are a couple of good ones, as well as a large grocery store, within walking distance, and many others a short drive away. There is an airy breakfast room, which opens onto a pretty patio, where a simple Continental breakfast, included in the rates, is served.

There's no bar, but room service featuring a few local wines and craft beers is available, and during the afternoon, complimentary wine and other refreshments are served in the lobby.

El Rey is on a busy road relatively close to the center of Santa Fe but not in an especially walkable neighborhood. A car is your best option if staying here, especially as the inn has a large, free parking lot. Public transit is less than practical in Santa Fe, but you can count on Uber if you don't have a car to get to and from the Plaza and key attractions

Head to Duel Brewing (5-minute drive) for fine-crafted, Belgian-style farmhouse ales and terrific sandwiches and other bar food, too. Near the historic Plaza, Secreto Lounge (8-minute drive) is renowned for craft cocktails using inventive ingredients and local spirits—the smoked-sage margarita is a specialty.

The El Rey exudes mid-century charm, its rooms decorated with distinctive Southwestern furnishings, each one with an attractive patio overlooking this historic compound's beautifully landscaped grounds. For the price, which includes Continental breakfast and free parking, it's hard to beat this inviting spot with a friendly staff. And although the location is along a busy road, it's a short drive to the city's key attractions. 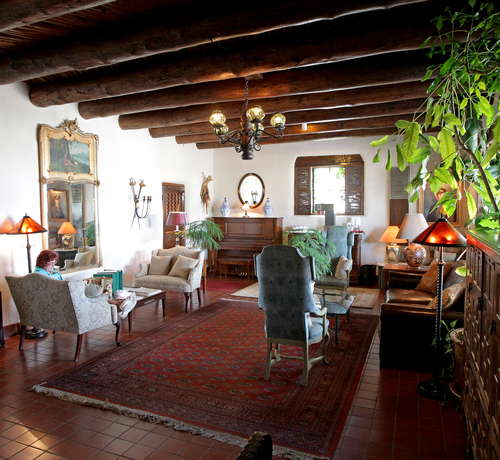 #1 These Fantastic Santa Fe Hotels Are a Serious Bargain

#8 The 8 Best Hotels for Families in Santa Fe 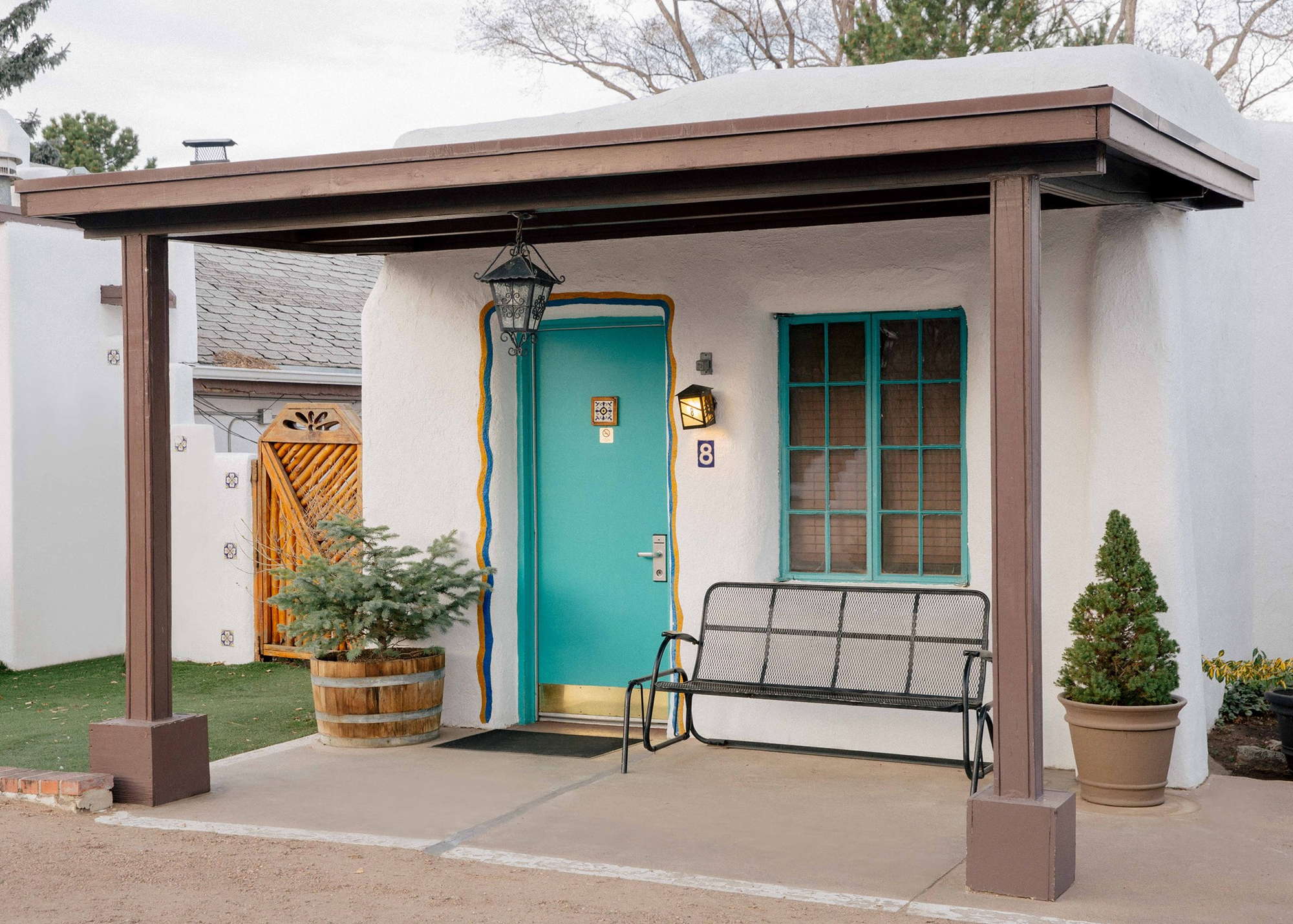 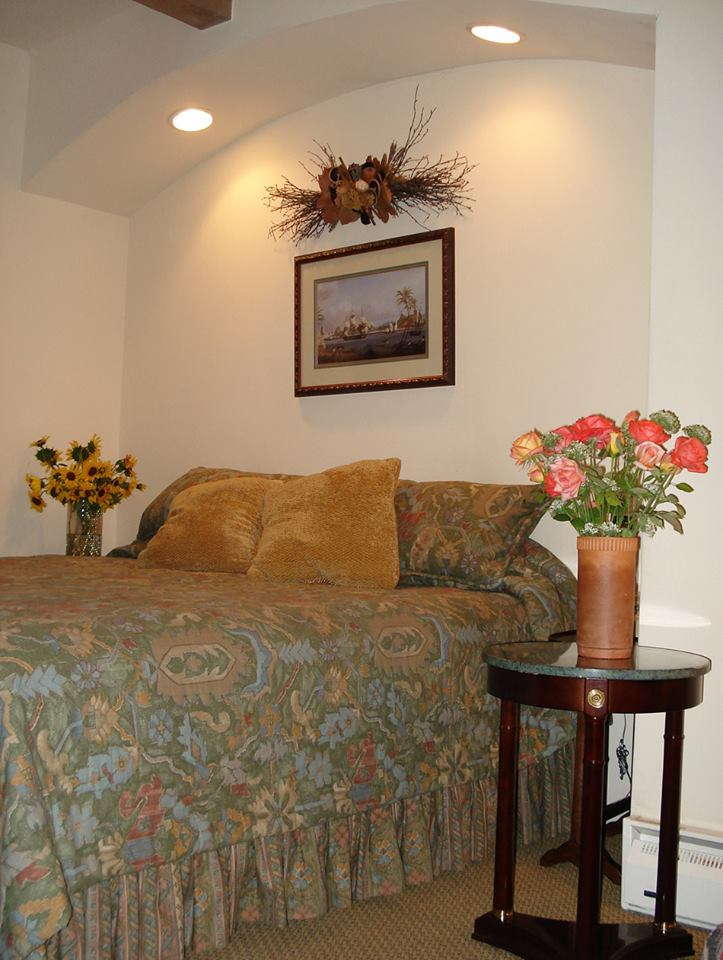 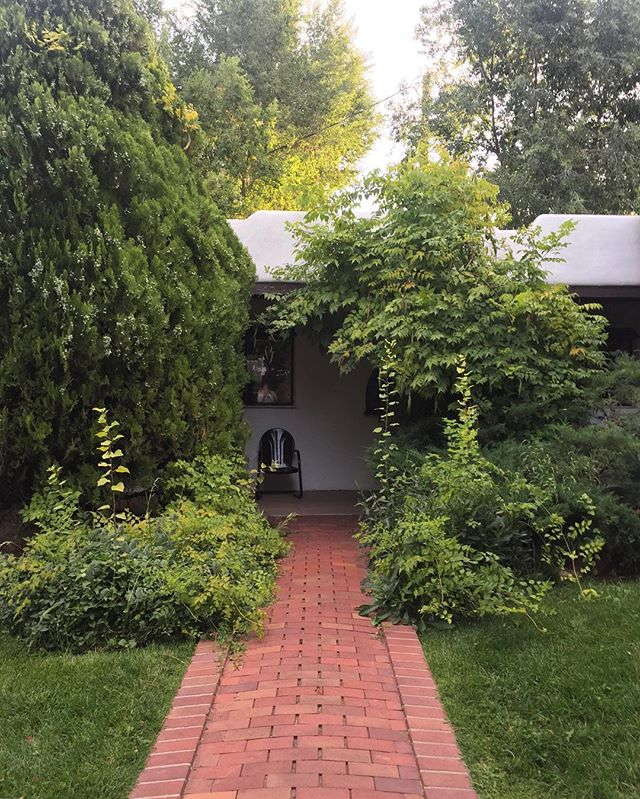 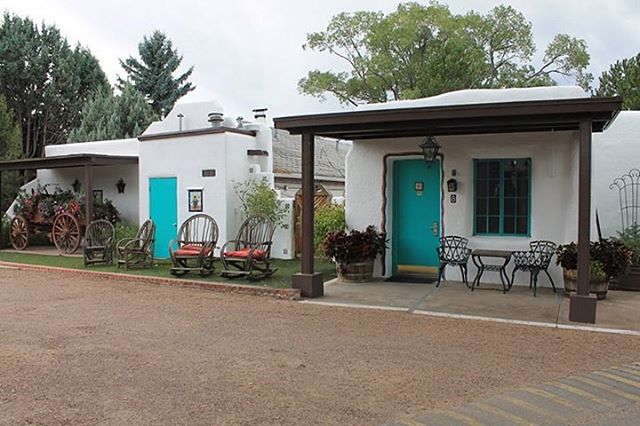 room
Photo: I had a fun time in Santa Fe meeting new people and hearing about their stories! Also, I love how everything there is turquoise! #elreyinn #santafe #newmexico #travel #reporter #journalist #news / @mirandamchodgkins 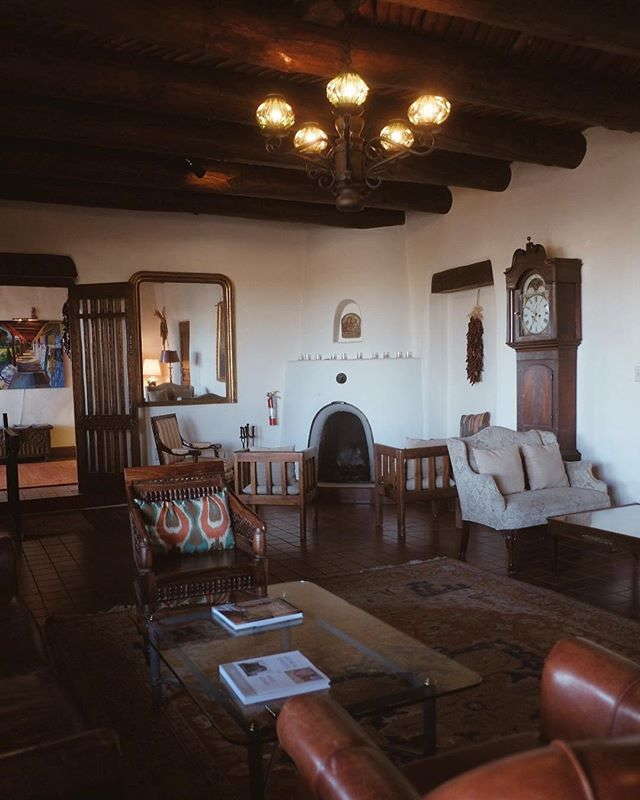 lobby
Photo: Spending the week in New Mexico for a creative recharge. We will post some of what that looks like for us. Here is the lobby to the @elreyinn that's been here since the 60's. / @pastranastudio 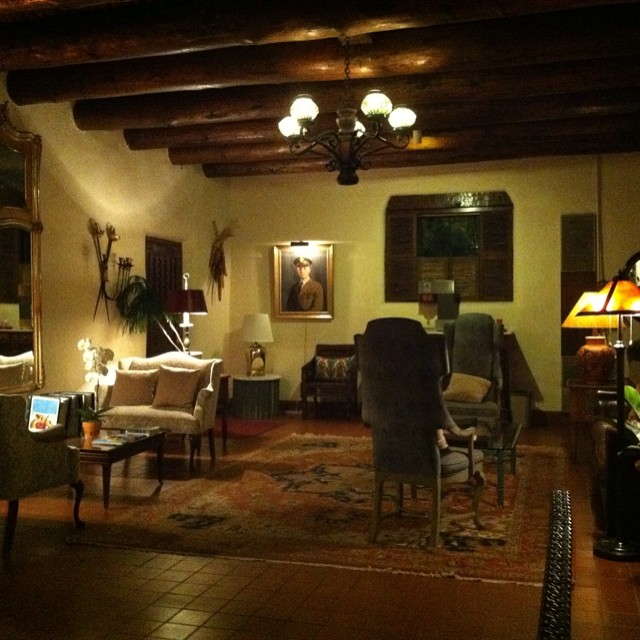 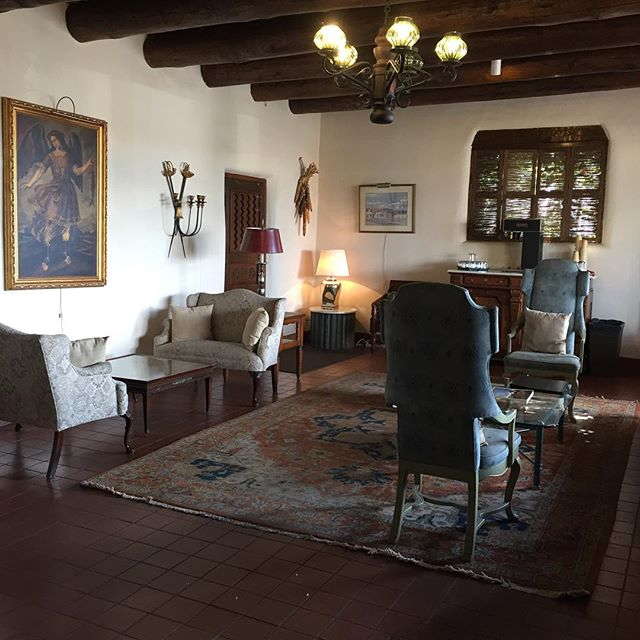 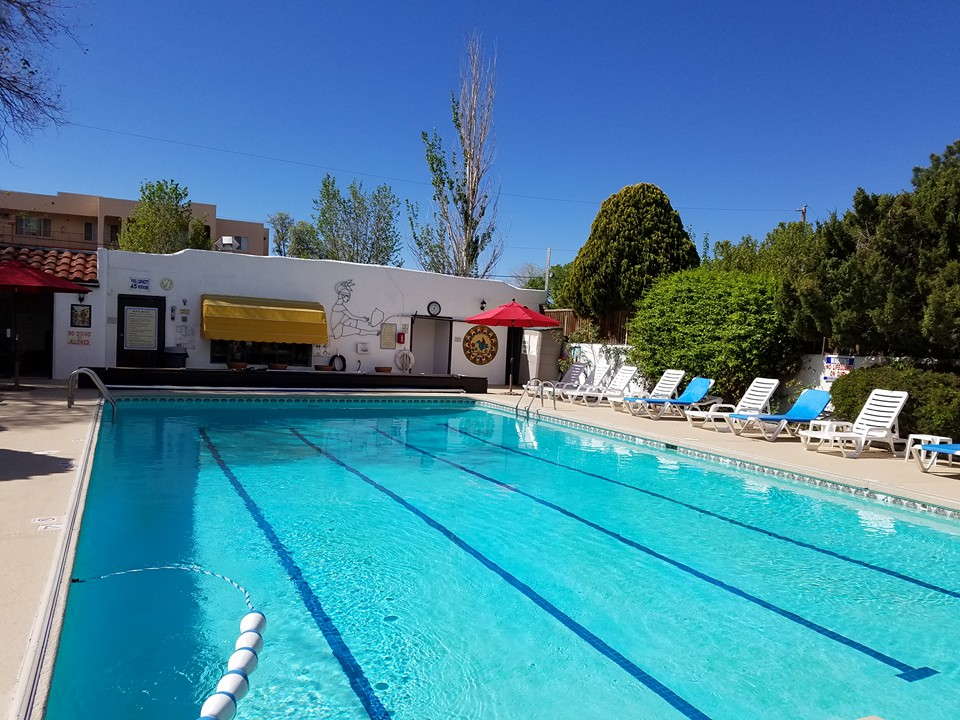