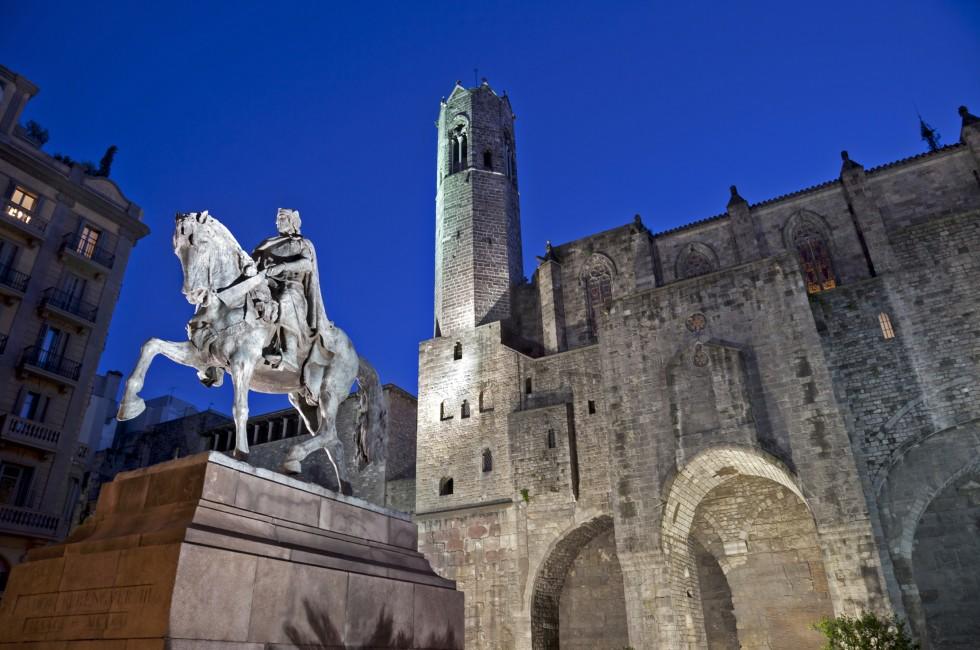 Between the infinite variety of street life, the nooks and crannies of the medieval Barri Gòtic, the ceramic tile and stained glass of Art Nouveau facades, and the art, music, and incredible food, one way or another, Barcelona commands your full attention.

The Catalonian capital greets the new millennium with a cultural and industrial rebirth comparable only to the late-19th-century Renaixença (Renaissance) that filled the city with its flamboyant Moderniste (Art Nouveau) buildings. An exuberant sense of style—from cutting-edge interior design to the extravagant visions of famed Postmodern architects—gives Barcelona a vibe like no other city in the world. Barcelona is Spain’s most-visited city, and it’s no wonder: it’s a 2,000-year-old master of perpetual novelty.

What sinks in first about Barcelona is its profoundly human scale—its dogged attention, in all matters of urban development, to the quality of life. Corner buildings in the Eixample are chamfered, leaving triangles of public space at the intersections for people to stop and schmooze, and survey the passing scene. Arteries like La Rambla, Diagonal, and Rambla de Catalunya send the vehicle traffic flowing down both sides of broad leafy pedestrian promenades. Benches and pocket parks are everywhere, often with a striking piece of sculpture. You have to look hard for a building more than nine stories high: locals are reluctant to live too far up away from the street, where all the action is.

And the action never stops. Families with baby strollers are a common sight on La Rambla until well after midnight. Restaurants don’t even begin to fill up for dinner until 9 or 10 pm. At 2 am, the city’s bar and club scene is barely in first gear. Creative, acquisitive, and playful in equal doses, barcelonins seem to have learned to do without much sleep; they stay up late and get up early—buying and selling, planning, building, and working in fields from medical research, to "smart city" green technologies, to hospitality, in which Catalonia has established itself at the frontier.

Barcelona’s present boom began on October 17, 1987, when Juan Antonio Samaranch, president of the International Olympic Committee, announced that his native city had been chosen to host the 1992 Olympics. This single masterstroke allowed Spain’s so-called second city to throw off the shadow of Madrid and its 40-year "internal exile" under Franco, and resume its rightful place as one of Europe’s most dynamic destinations. The Catalan administration lavished millions in subsidies from the Spanish government on the Olympics, then used the Games as a platform to broadcast the news about Catalonia’s cultural and national identity from one end of the planet to the other. Madrid? Where’s that? Calling Barcelona a second city of anyplace is playing with fire; its recent past as a provincial outpost is well behind it, and the city looks to the future with more creativity and raw energy than ever. More Mediterranean than Spanish, historically closer and more akin to Marseille or Milan than to Madrid, Barcelona has always been ambitious, decidedly modern (even in the 2nd century), and quick to accept the most recent innovations. (The city’s electric light system, public gas system, and telephone exchange were among the first in the world.) Its democratic form of government is rooted in the so-called Usatges Laws instituted by Ramon Berenguer I in the 11th century, which amounted to a constitution. This code of privileges represented one of the earliest known examples of democratic rule; Barcelona’s Consell de Cent (Council of 100), constituted in 1274, was Europe’s first parliament and one of the cradles of Western democracy. The center of an important seafaring commercial empire, with colonies spread around the Mediterranean as far away as Athens, when Madrid was still a Moorish outpost on the arid Castilian steppe; it was Barcelona that absorbed new ideas and styles first. It borrowed navigation techniques from the Moors. It embraced the ideals of the French Revolution. It nurtured artists like Picasso and Miró, who blossomed in the city’s air of freedom and individualism. Barcelona, in short, has always been ahead of the curve.

It must be in the air. The temperature here is almost always just right; the sky is impossibly blue; the light dazzles and transforms. Every now and then a breeze from the sea reminds you that Barcelona is, after all, a beach city and one of the great ports of Europe, still flourishing—and bewitching visitors as it has for centuries.

Recommended Things to Do in BarcelonaSEE ALL 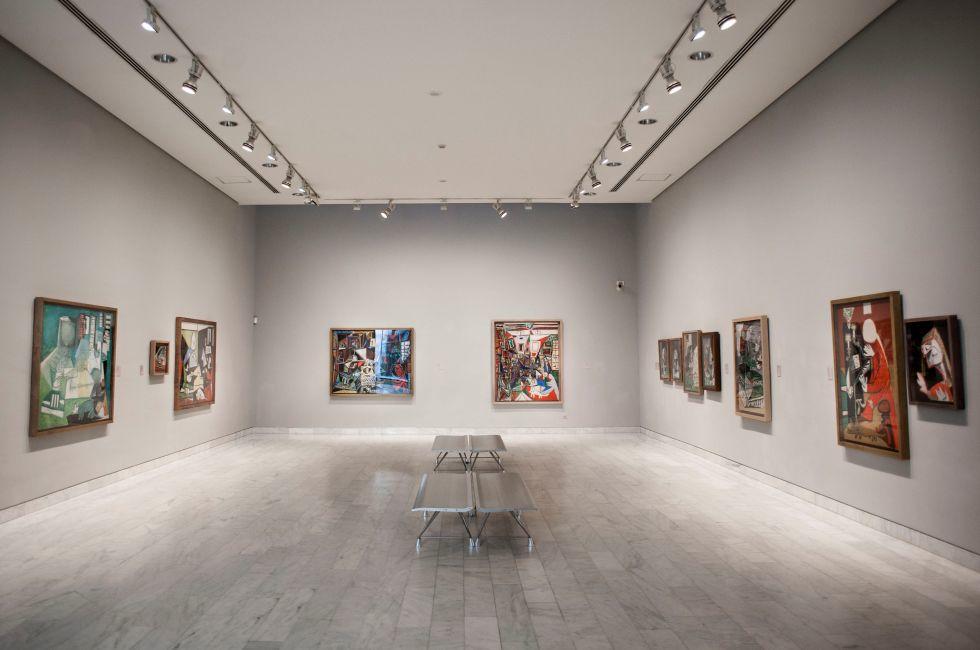 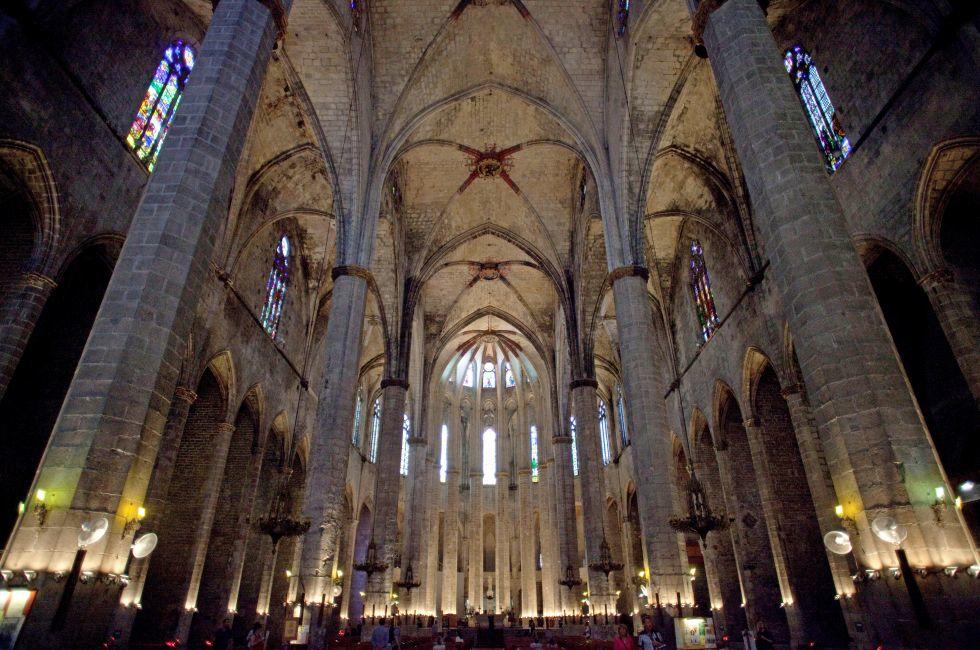 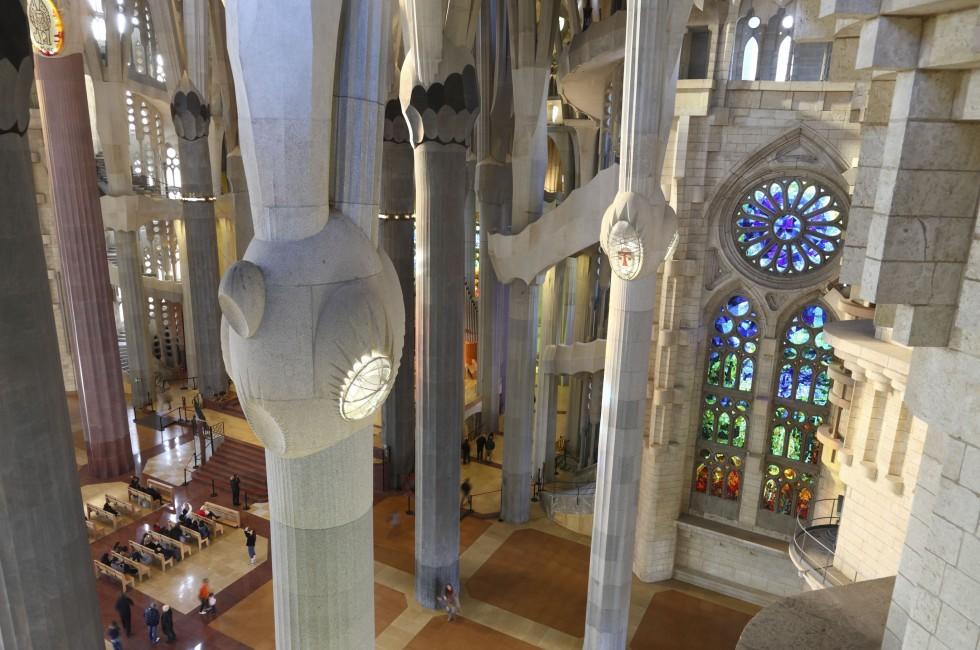 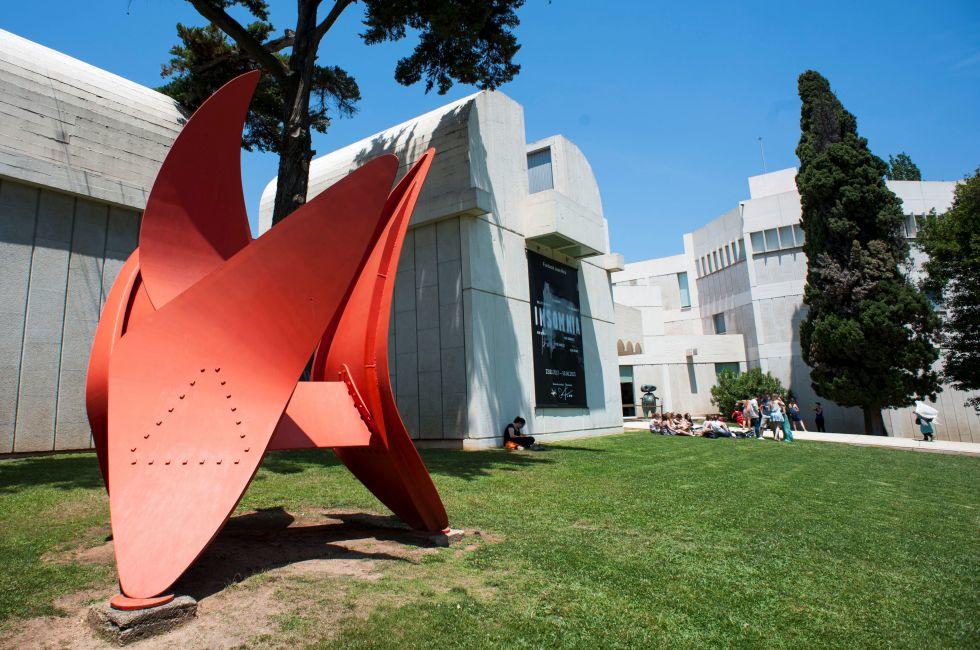 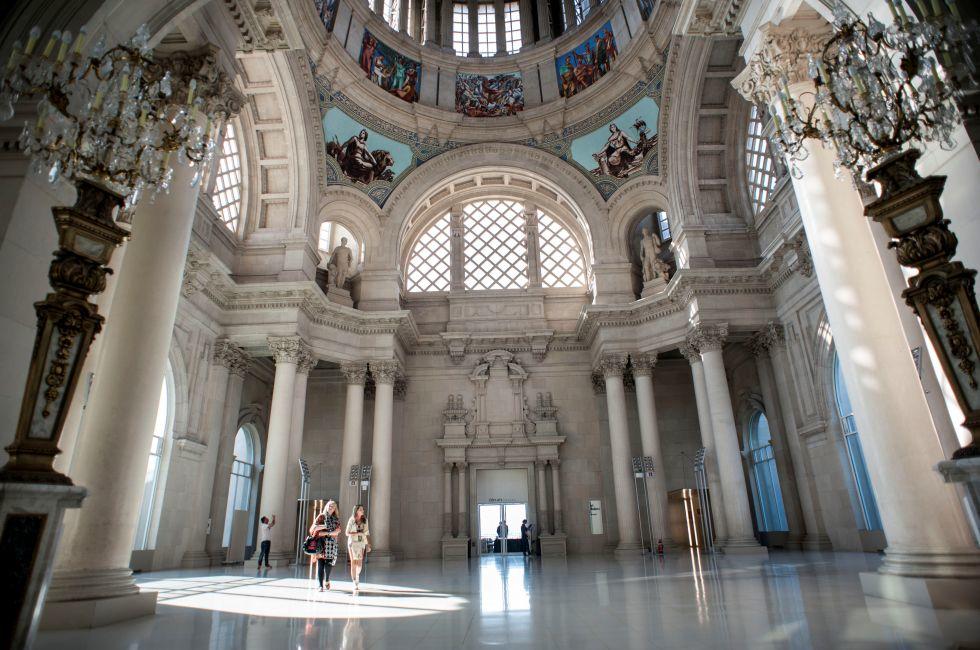 Find the perfect tours and activities in Barcelona. 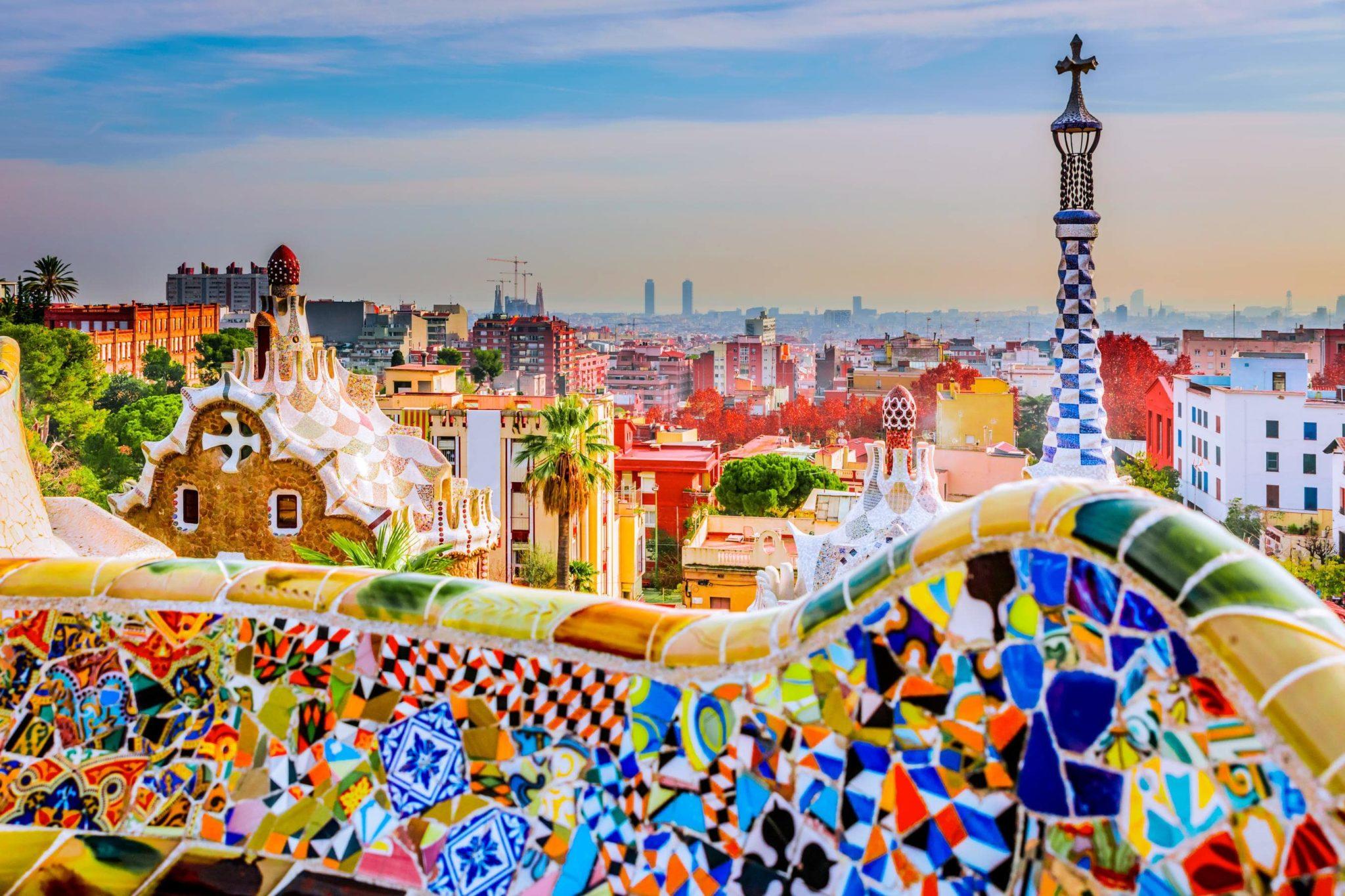 30 Ultimate Things to Do in Barcelona

25 Ultimate Things to Do in Barcelona

Recommended Hotels in Barcelona SEE ALL 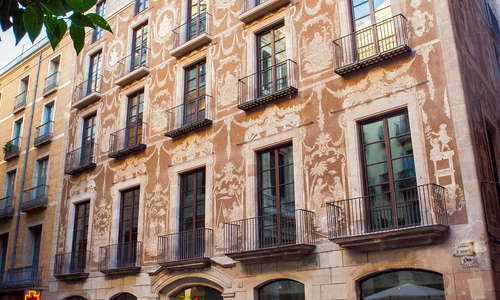 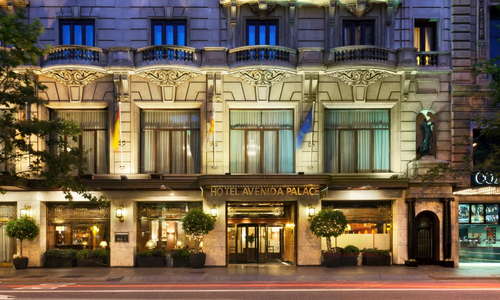 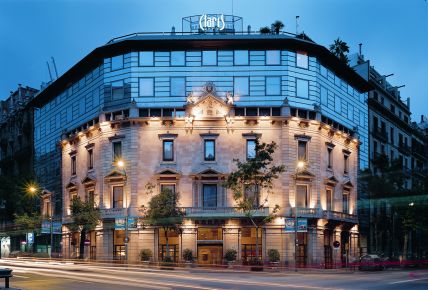 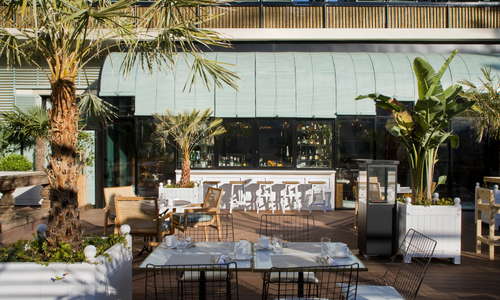 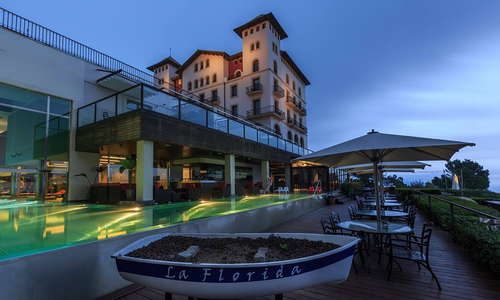 Recommended Restaurants in Barcelona SEE ALL

Find the best food tours and activities in Barcelona.

30 Ultimate Things to Do in Barcelona

25 Ultimate Things to Do in Barcelona

It’s Not Just Paella: 20 Things to Eat and Drink in Barcelona 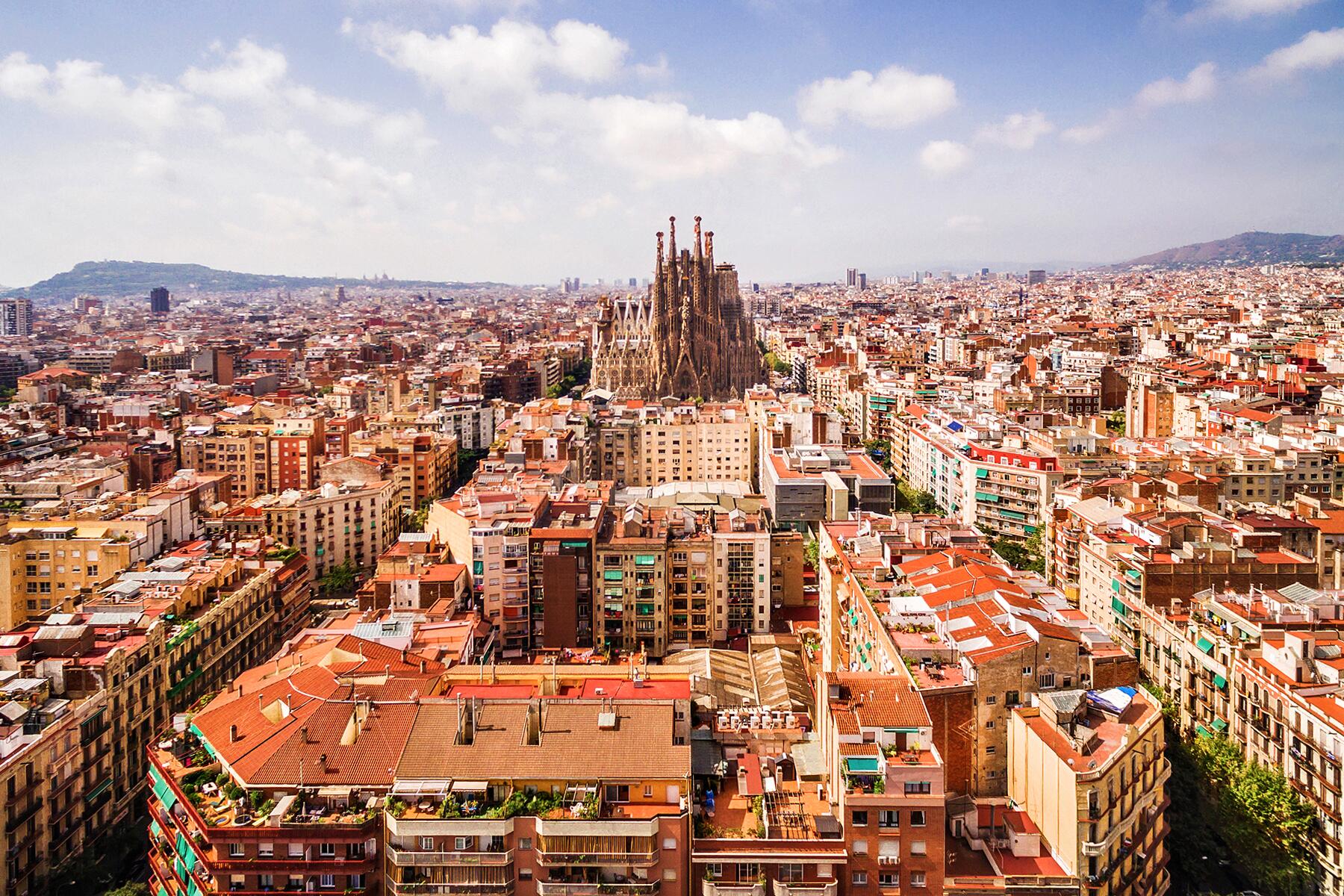 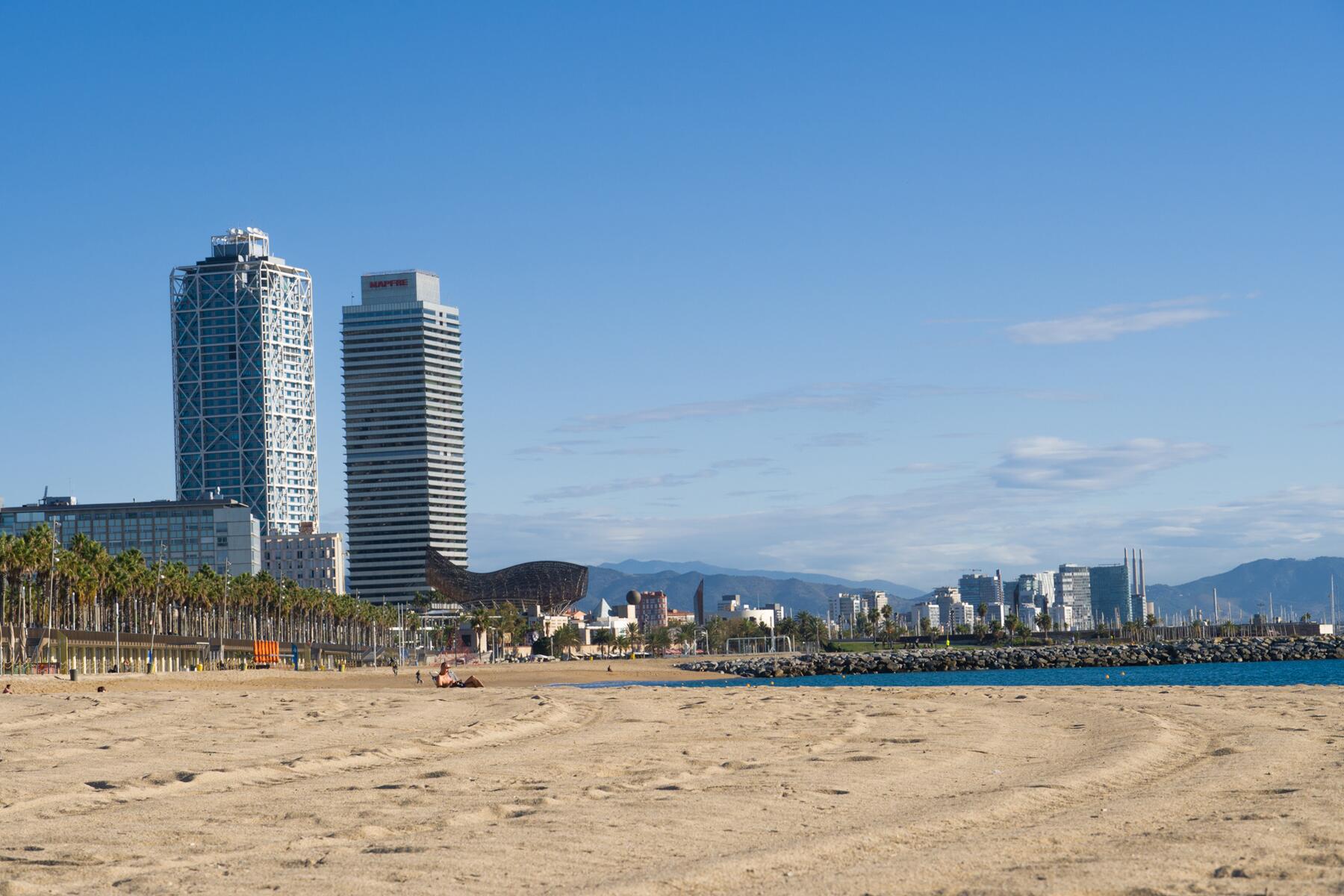 Is One of the Most Overtouristed Cities in the World Better Off Without Them?
I may not be the last American in Barcelona, but it certainly feels like it.

The 8 Best Museums in Barcelona
These must-visit museums showcase some of the best art in Barcelona. 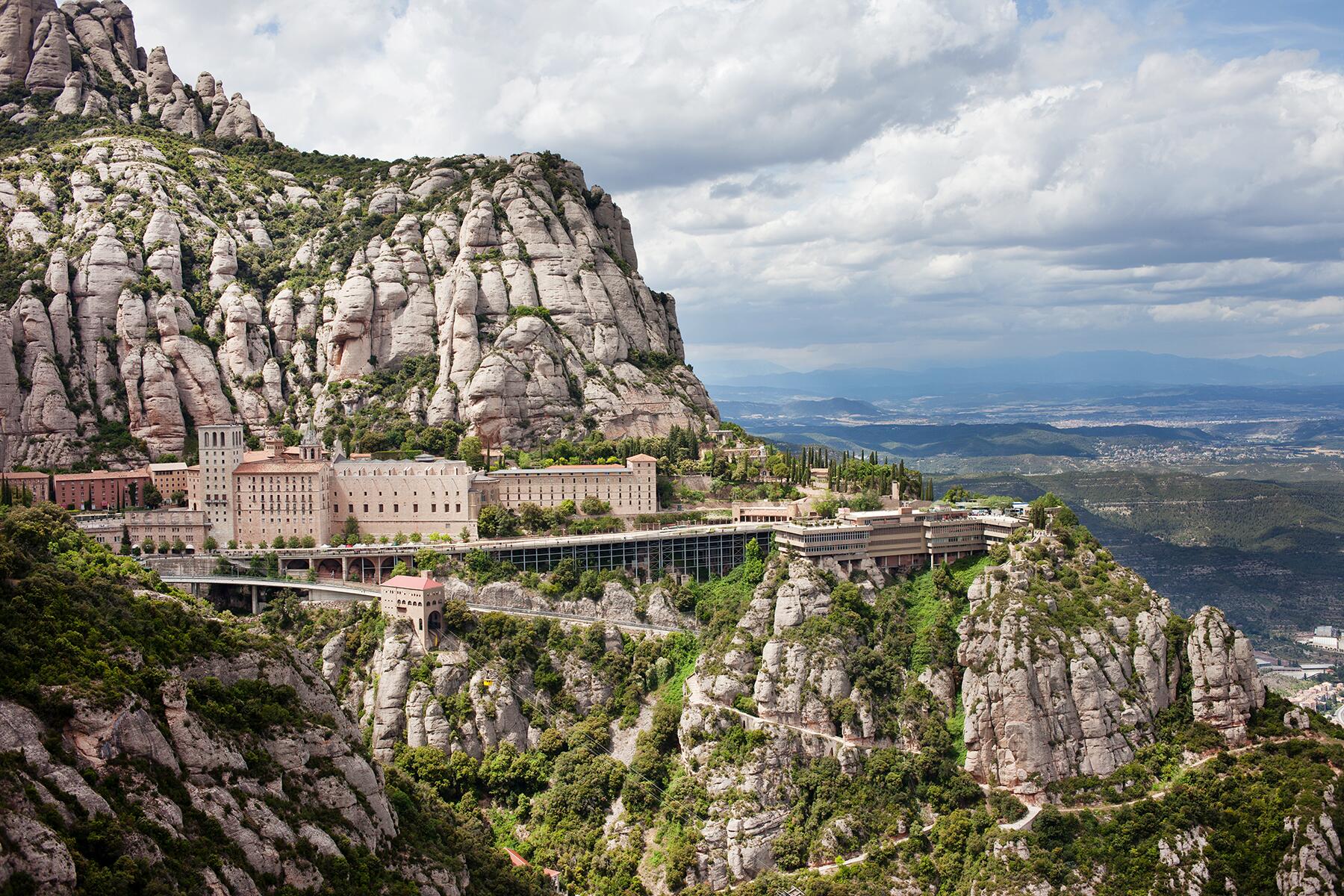 10 Stunning Day Trips to Take From Barcelona
From Mediterranean beaches to sloping vineyards, these easy day trips will enhance any visit to Barcelona. 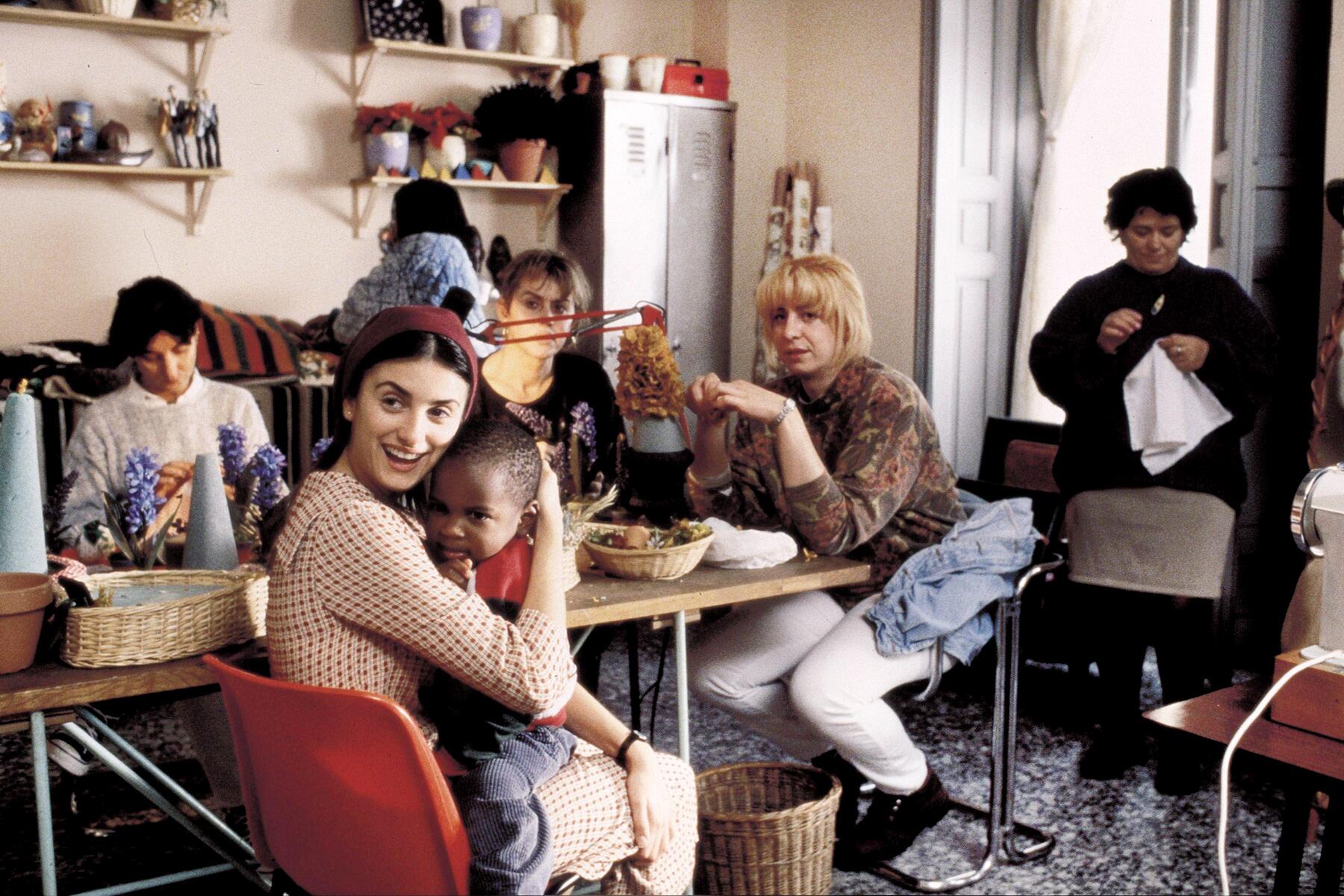 What to Read and Watch Before You Visit Barcelona
Immerse yourself in Barcelona before and after your visit. 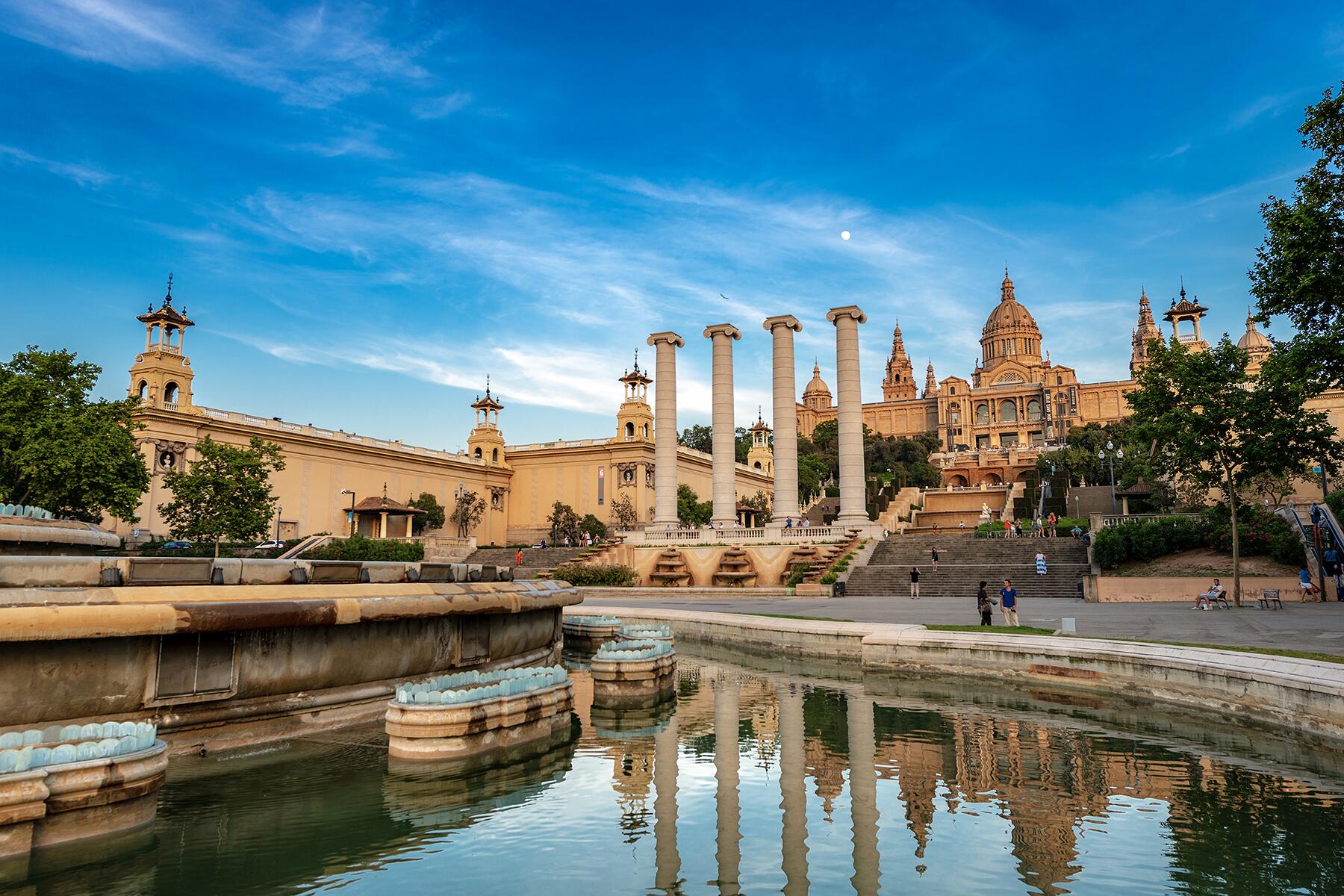 10 (Mostly) Free Things to Do in Barcelona
Save your vacation dollars for espadrilles and tapas and soak in some of Barcelona’s charms for free.