Since Amsterdam was literally built on the water—the city sits about 6.6 feet below sea level—it’s only natural that it’s a great place from which to set sail. River cruises depart from Amsterdam’s IJ River, and from there you can choose to boat down the Rhine, popping into charming German and French towns; branching off to the Main to explore other German cities like Frankfurt, Wertheim, and Würzburg; or continuing on to the Danube to see Vienna and Budapest. Closer-to-home sailing options include exploring the Netherlands and Belgium, while more adventurous types can continue all the way south to Bucharest or north to the Norwegian fjords. The toughest part will be deciding which of these six wonderful cruises to try first.

Barge cruises give you an up-close-and-personal sailing experience: It’s just you and a small number of other travelers on a refurbished barge, floating lazily along the waterways, and enjoying life with fine food and drink as you do it. The luxury barge La Nouvelle Etoile, which sails in April and May—right during Tulip Season—has room for only eight guests. The seven-day trip through the Netherlands begins in Haarlem and heads to Zaandam, with an excursion to reconstructed Dutch village Zaanse Schans, before cruising through Amsterdam itself. From there, you’ll sail to Gouda, Delft, Keukenhof, and Aalsmeer (home of the Netherlands’ main flower market), before ending your trip in Haarlem. With an on-board exercise room, a hot tub on the deck, laundry service, opportunities for biking, and gourmet meals with wine, this is a first-class sail all the way.

If you swoon at the sight of castles and vineyards, the MS AmaDante Captivating Rhine cruise from Amsterdam to Basel is for you. With sailings from March through November, this luxury river cruise travels for seven nights, starting with a canal cruise tour of Amsterdam before sailing on to Cologne. From there, you’ll start your scenic cruise along the Rhine River, seeing castles and stopping for wine tasting before arriving in Ludwigshafen, where you’ll take an excursion to visit Heidelberg. Next, you’ll head into Strasbourg, France, from where you can visit ultra-charming Alsatian towns, before dipping back into Germany at Breisach, near the romantic Black Forest, before ending up in lovely Basel, Switzerland. Most outer staterooms in the MS AmaDante have twin balconies to best enjoy the scenery, and the cruise includes wellness activities, including a fitness room and exercise classes; an outdoor pool with swim-up bar; and can’t-miss nightly entertainment. This is one river cruise that’s bound to truly captivate you. 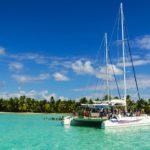 The Netherlands and Belgium Cruise

Belgium is right next door to the Netherlands, yet has a completely different vibe—so why not do a twofer by taking a cruise to visit Amsterdam’s neighbor? The eight-day Crystal Debussy Tulips & Windmills cruise, which sails in March and April, starts in Amsterdam before heading to see the charming harbor town of Hoorn, the windmills at the UNESCO World Heritage site of Kinderdijk, and the home of Europe’s largest port, Rotterdam. Next, you’ll sail into Belgium, stopping first at Antwerp, home of fashion, art, and diamonds, and then Gent, a charming medieval town of cobbled streets and beautiful churches. After that, you’ll return to the Netherlands to explore Middelburg, the capital of the Dutch province of Zeeland, before making your way back to Amsterdam. The Crystal Debussy features large-sized suites, all serviced by butlers; farm-to-table cuisine; 24-hour room service; and daily yoga and fitness classes. You’ll be so spoiled you may never want to go home.

Budapest, known for its old-world charm and atmospheric spas, makes a perfect river excursion from Amsterdam—and as a bonus, you get to stop in the wonderful Austrian capital of Vienna along the way. The 16-day Uniworld European Jewels river cruise starts in Amsterdam before heading into Germany, where it first docks at Cologne before giving passengers an unbeatable overview of many lovely and historical German towns, including Rüdesheim in the Rheingau wine region; Frankfurt, with a visit to charming Heidelberg as an option; the restored baroque city of Würzburg; picturesque medieval Rothenberg; Bamberg, with its famous half-timbered buildings; Nuremberg, one of Germany’s most historic cities; the well-preserved Bavarian medieval city of Regensburg; and Passau, magnificently sited on the border of three rivers. Next, you’ll sail into Austria, making stops at Weissenkirchen and Vienna, before spending two days in fabulous Budapest. Though you simply can’t beat all the sights, what you get on board the ship is pretty wonderful, too: All Uniworld suites include original artwork, butler service, a fully stocked bar, and marble bathrooms with Hermès toiletries, plus sunrise yoga and massages in the spa.

If you love to sail and have time to spare, the European Sojourn – Viking River Cruise takes you to eight countries over 23 days, cruising on the Rhine, Main, and Danube Rivers. After starting in Amsterdam, you’ll visit the windmills of Kinderdijk before heading into Germany (Cologne, Koblenz, Miltenberg, Würburg, Bamberg, Nuremberg, Regensberg, and Passau); Austria (Melk, with its impressive baroque abbey, and Vienna); Hungary (Budapest and Kalocsa, known for paprika and porcelain); Croatia (Osijek); Serbia (Belgrade and Golubac); Bulgaria (Vidin and Veliko Tarnovo); and, finally, the vibrant city of Bucharest, Romania. Whew! This cruise runs from June through August aboard a Viking Longship, which includes an expansive sun deck; an organic herb garden; a putting green; a restaurant with floor-to-ceiling windows; and exciting al fresco dining options. It’s a great way to pack in a lot of sightseeing without much fuss.

For a cruise that the whole family will enjoy, check out the 7-Night Norwegian Fjords Cruise from Disney Cruise Line, which sails in late August. It starts from Dover, England—home of the famous white cliffs—before heading to Amsterdam for a day of exploration. Then it’s off to Norway, where the boat stops near the beautiful Geirangerfjord and the Briksdal Glacier, the largest in mainland Europe; the lovely fishing port of Alesund; and Stavanger, home to Norway’s oldest cathedral, before sailing back to Dover. As you’d expect, a Disney Cruise is fun no matter how old (or young) you are, with themed clubs for various ages (kids, tweens, and teens) and nightly Broadway-style shows, as well as adult-only bars if you need to getaway. 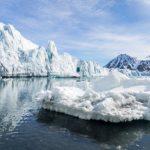