Skip overcrowded UNESCO World Heritage Site and discover these sites on the “tentative” list instead.

During months of sitting at home dreaming of travel, our imaginations might have been drawn to famous landmarks and destinations. The 1,100-plus UNESCO World Heritage Sites are bucket-list favorites, for good reasons. But, not so many travelers known about cultural, historic, natural and built heritage sites on UNESCO’s “tentative list”. These are UNESCO World Heritage Sites “in waiting”—sites that individual states are considering for nomination onto the A-list. While some are already major attractions in their own right, others are virtually unknown to tourists. 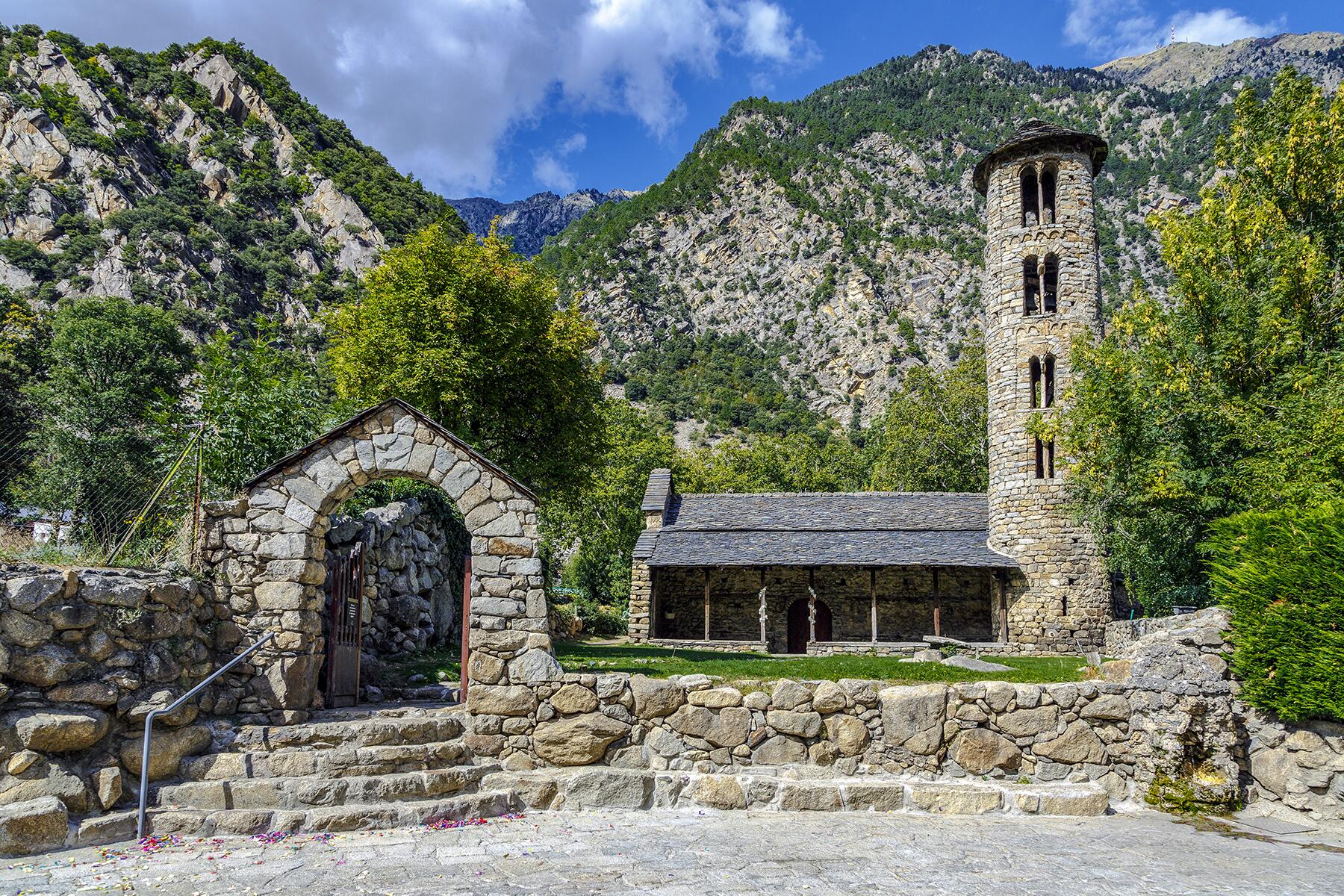 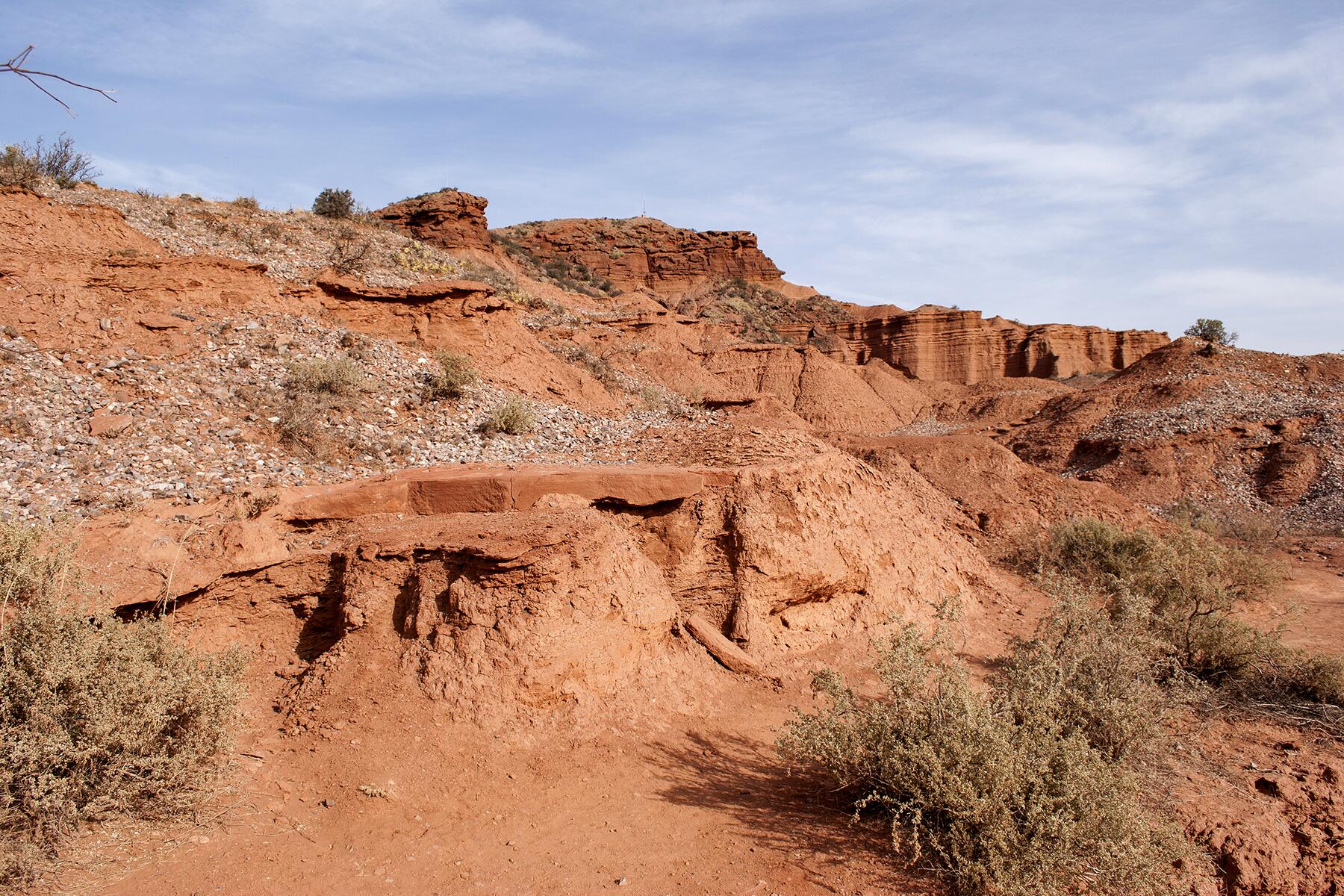 This large national park in western Argentina’s Sierra de las Quijades mountains is comprised of desert, canyons, dry lake beds, and some very old fossils, including dinosaurs. As well as places to admire the views of vast swathes of red landscape, there are great hiking tracks through the national park, although there are no tourist facilities so it’s a good idea to hire a guide. The park is also home to a number of rare and endangered reptiles and amphibians, as well as other wildlife. 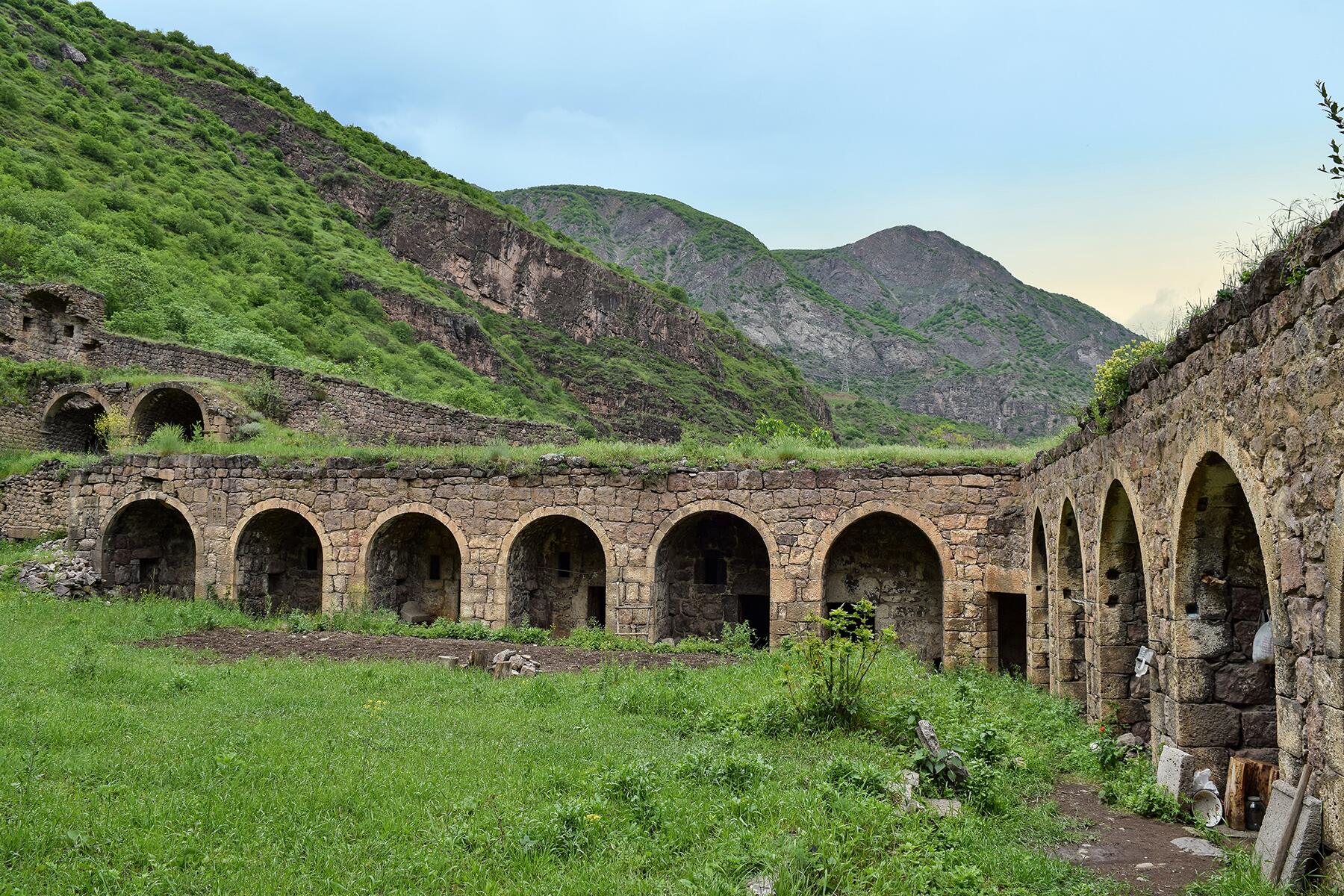 The 9th-13th century Tatev Monastery and 17th century Tatevi Anapat Monastery are set within the deepest gorge in Armenia, the Vorotan Valley (2,788 feet). Tatev Monastery, containing medieval frescoes, sits high on a cliff and can be reached from the bottom of the gorge via a 3.5 mile tramway called Wings of Tatev. The Vorotan Valley itself is geologically significant and contains a number of archaeological sites. 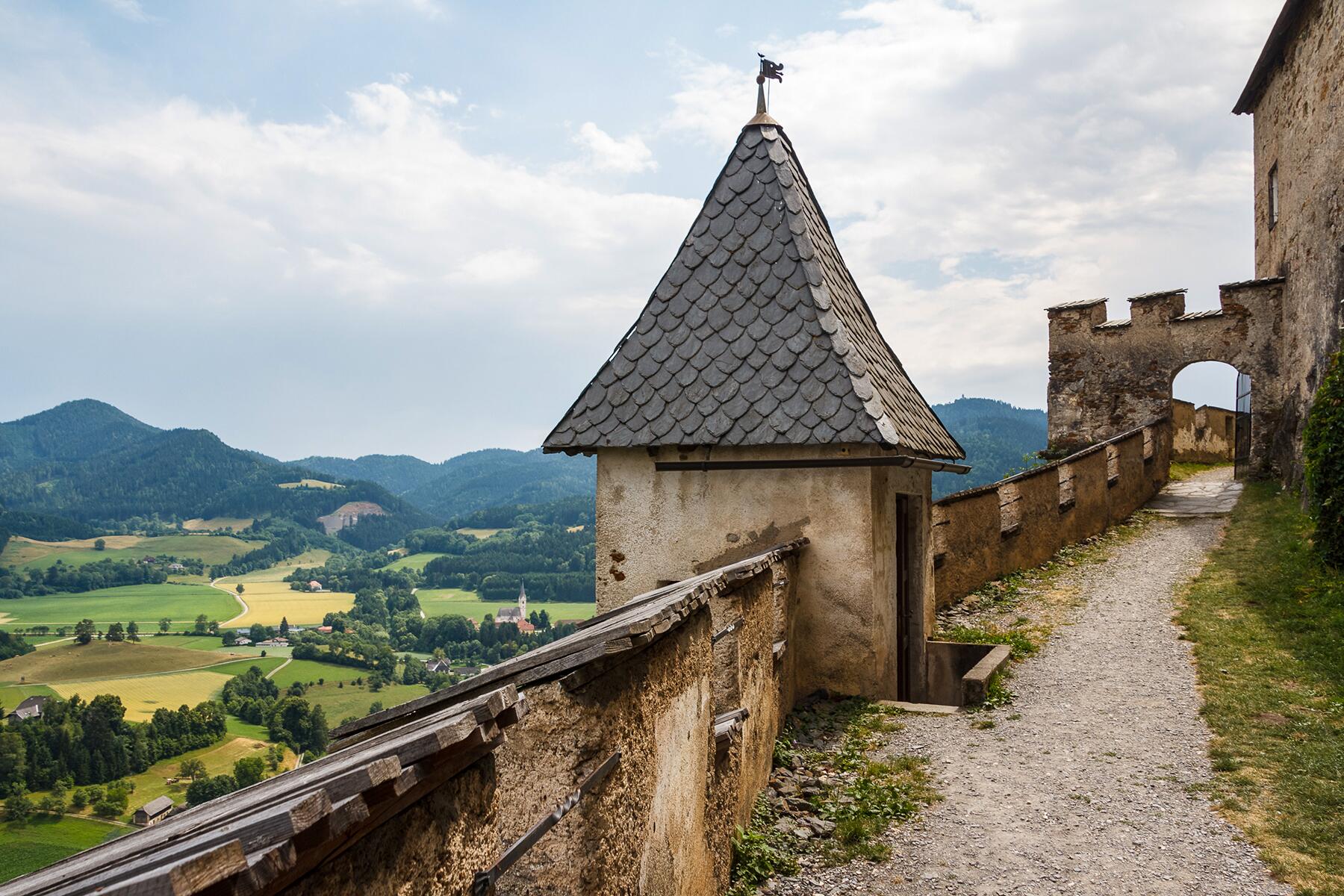 Sitting high on a 564-foot cliff in the Austrian province of Carinthia, Hochosterwitz Castle is considered the finest medieval castle in the country. There have been fortifications on the site since at least the mid-9th century, but the form of the current castle took shape in 1586. Hochosterwitz has belonged to the same noble family since 1571. 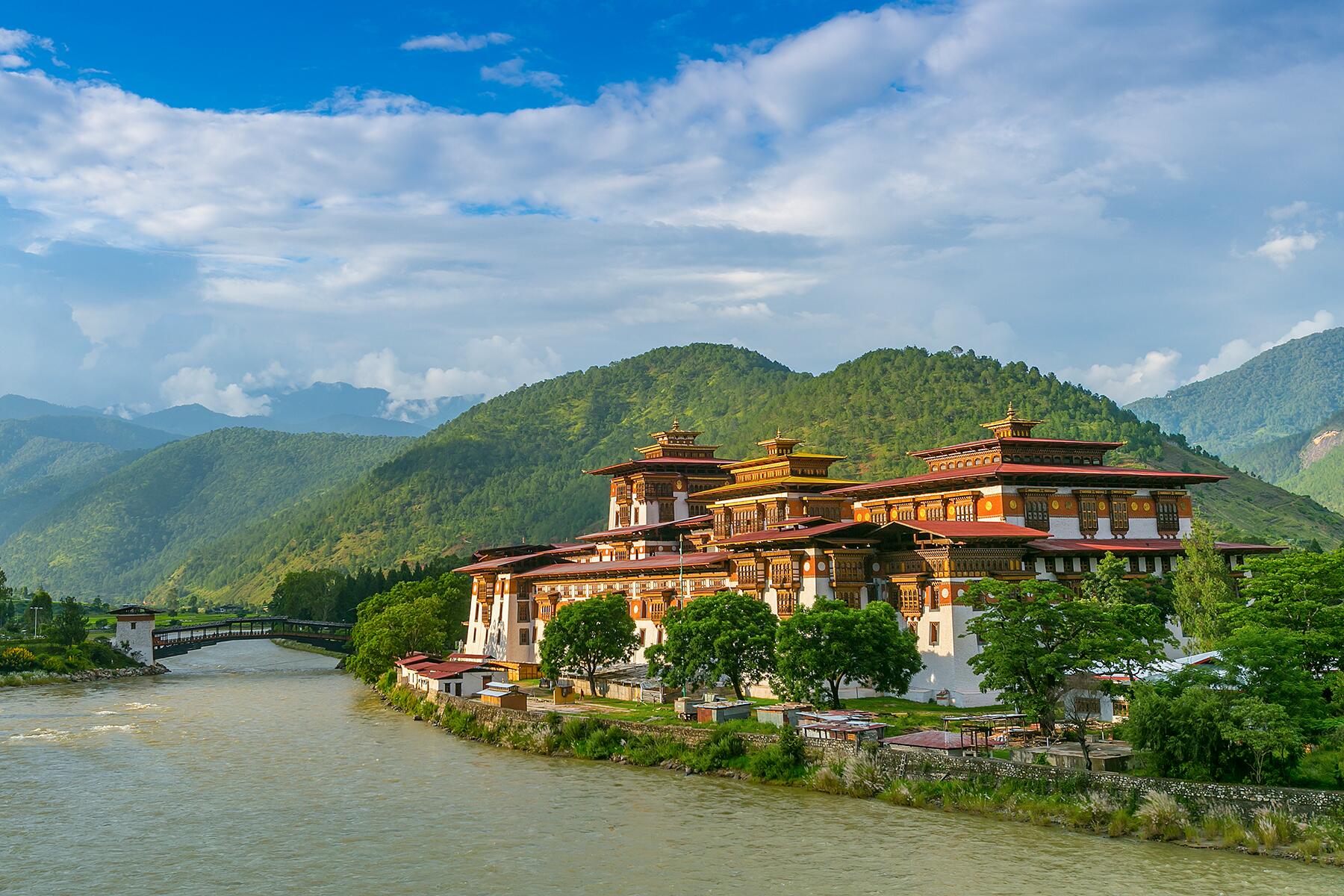 A dzong is a fortified monastery complex that have been used as Buddhist schools and focal points of local political control. They were built throughout Bhutan from the 12th century, and Punakha Dzong is one of several dzongs that appear on UNESCO’s tentative list as a group, the others being at Wangdue Phodrang, Paro, Trongsa, and Dagana. Located on the banks of the Mo Chhu River, Punakha Dzong was built in 1637, and was the seat of government until the 1950s. It’s both the second-oldest and second-largest dzong in Bhutan, but is often considered the most beautiful. 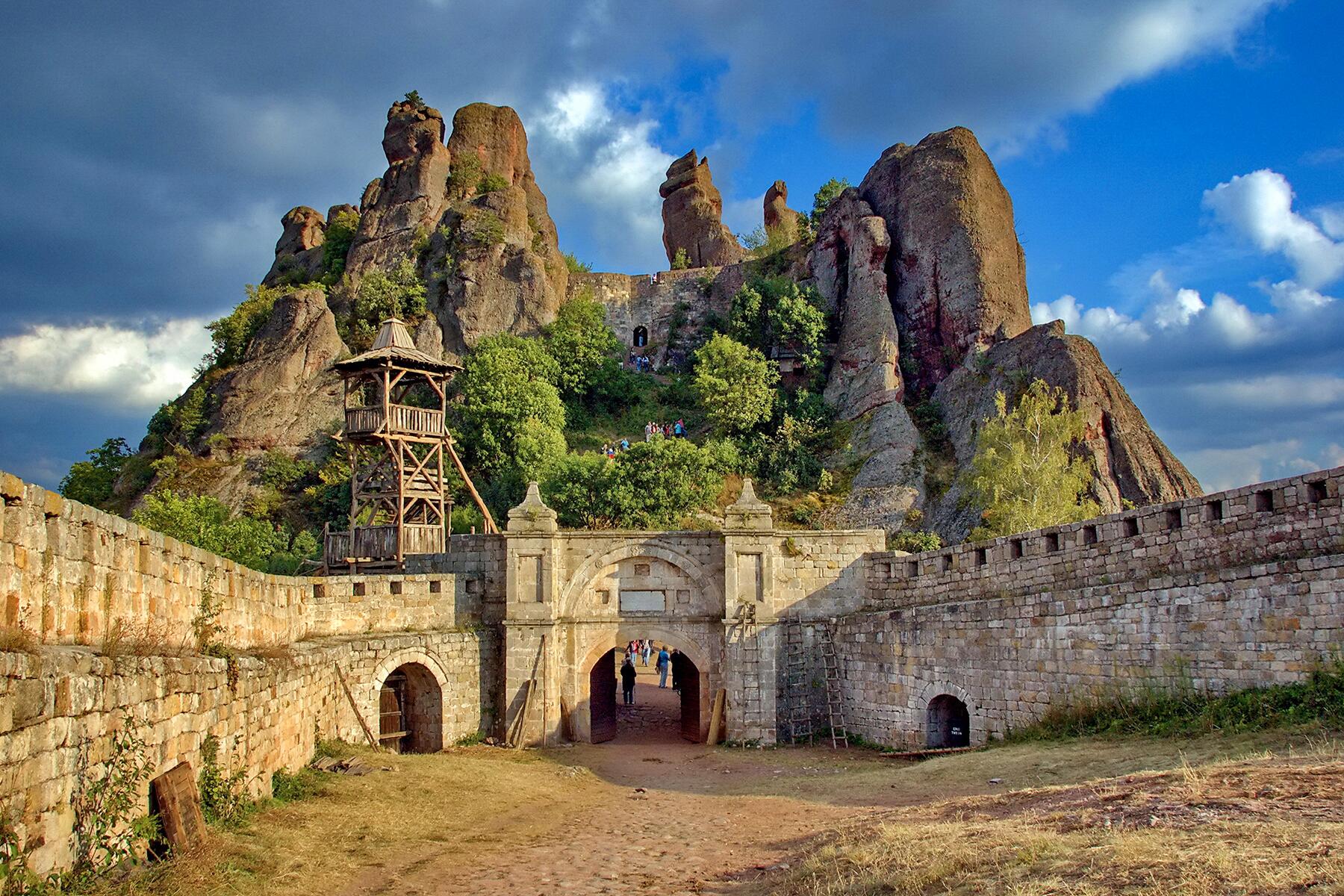 The Rocks of Belogradchik are huge sandstone and limestone formations that tower above the forested landscape in Bulgaria’s western Balkan Mountains. Some are named after what they resemble: mushrooms, bears, even Adam and Eve. The pinnacles, cliffs, promontories, and pillars of the Rocks of Belogradchik were naturally formed over many millions of years. There’s a Roman-era fortress within the rock formations, and also many caves, in which prehistoric bones and paintings have been found. 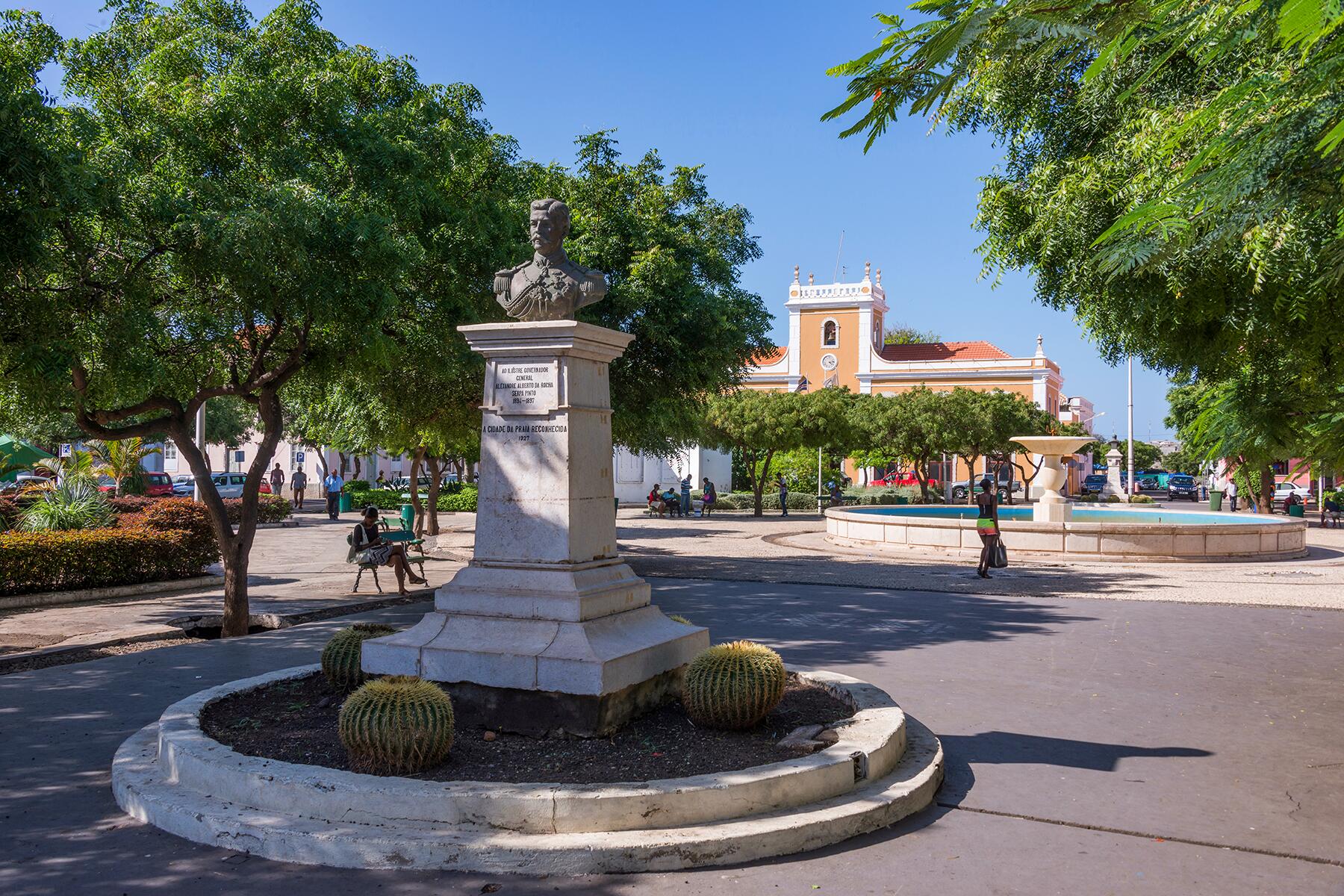 The old town area of Praia—the largest city and capital of Cabo Verde—reflects the West African island nation’s Portuguese colonial past. Located on the island of Santiago, the town developed in the late 15th century, but its current form largely took shape in the 19th century, when Praia officially became the capital. As Cabo Verde was strategically located between Europe, Africa, and the Americas, the historic center of Praia saw a lot of activity around the Trans-Atlantic slave trade. It reflects European town planning models of the 19th century, and includes a palace, a town hall, a church, barracks, and town square, and more. 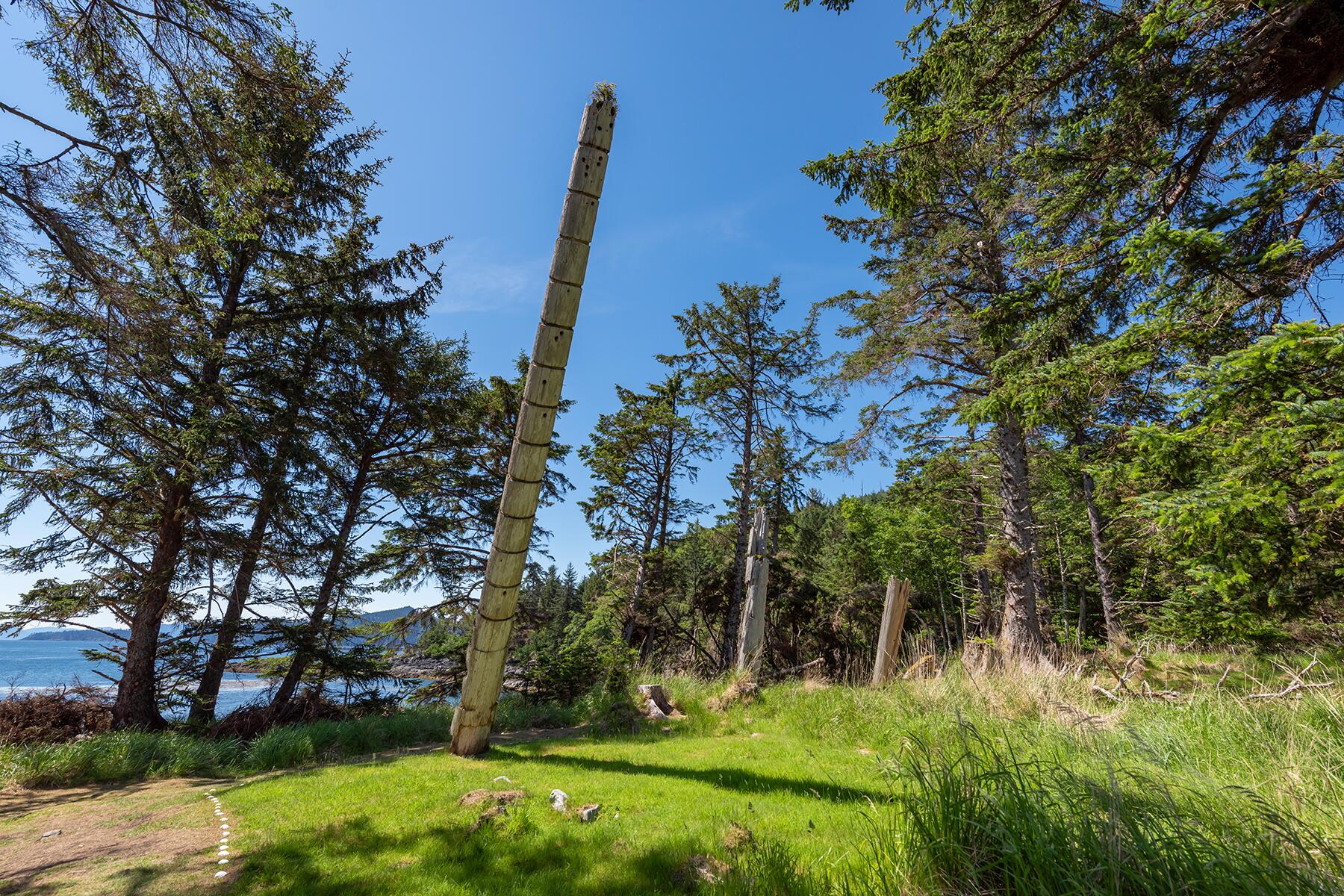 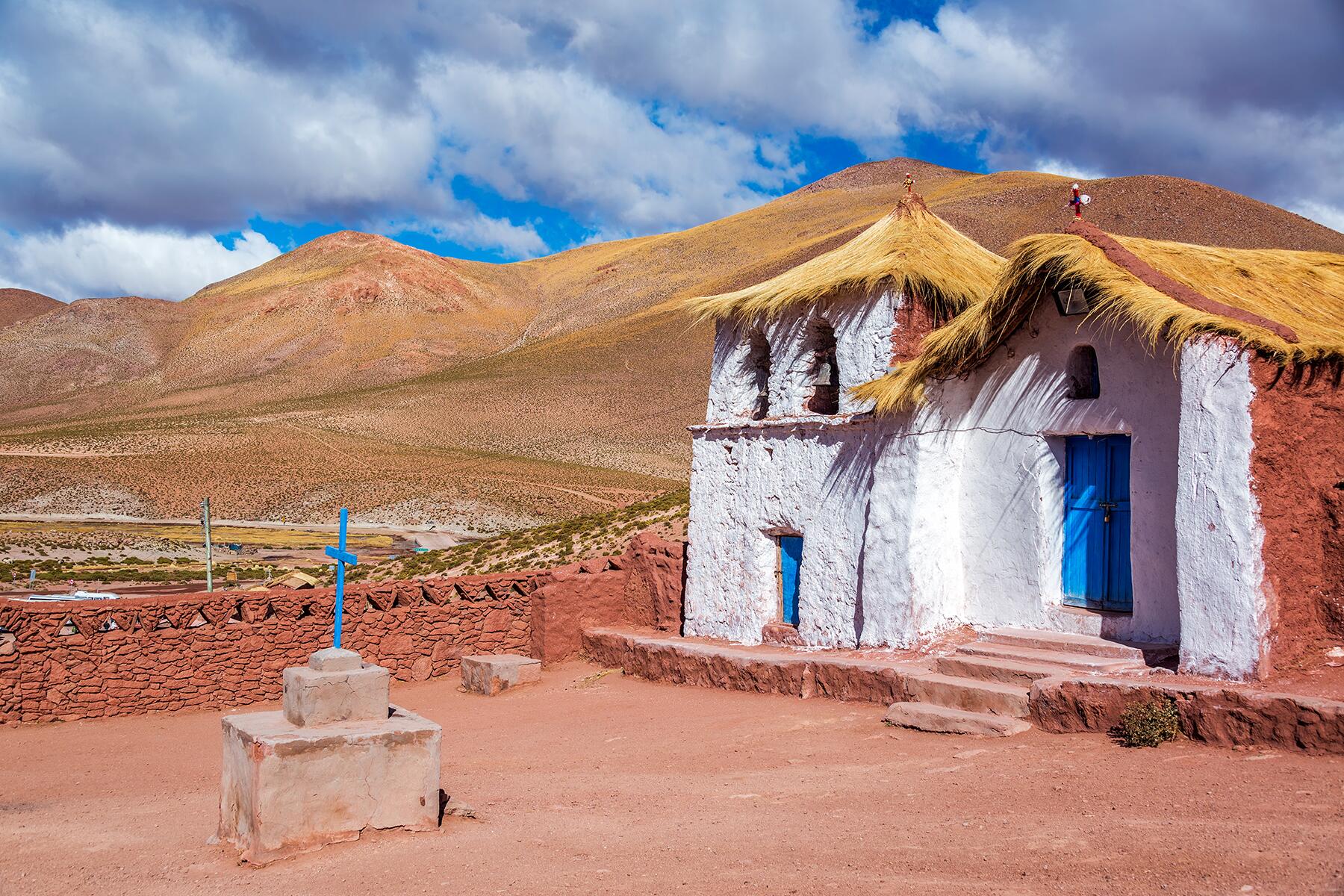 Churches of the Altiplano

There are more than 50 simple churches on Chile’s high-altitude Altiplano plateau, built by Spanish missionaries seeking to convert the local people of the area. They were somewhat successful, but the Andean people continued to practice parts of their own faiths, melding them with Catholicism, as can be seen in these churches. The altars inside are a highlight, as they’re very colorful and decorative, in contrast to the simple whitewashed or stone exteriors. 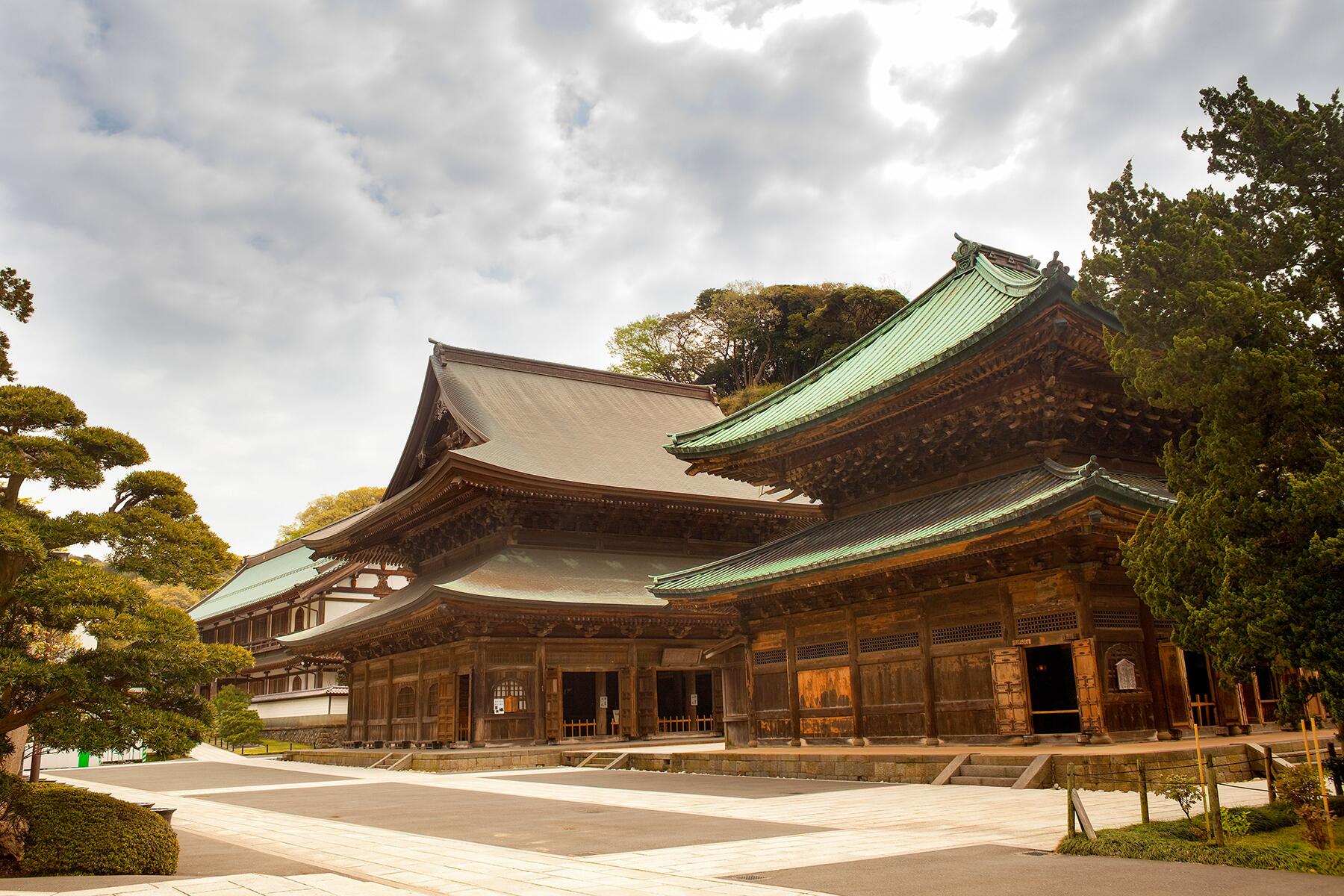 Kamakura, in Kanagawa Prefecture, was once the seat of samurai control in Japan. The giant Buddha, or Daibutsu, is a Japanese cultural icon, and a popular day-trip destination from Tokyo. But there’s more to Kamakura than this single statue, with a number of other significant ancient temples, shrines, and structures. The temples and streets that connect them on the hills around the town are one of the only places left in the broader Tokyo area where you can get a feel for the samurai way of life. 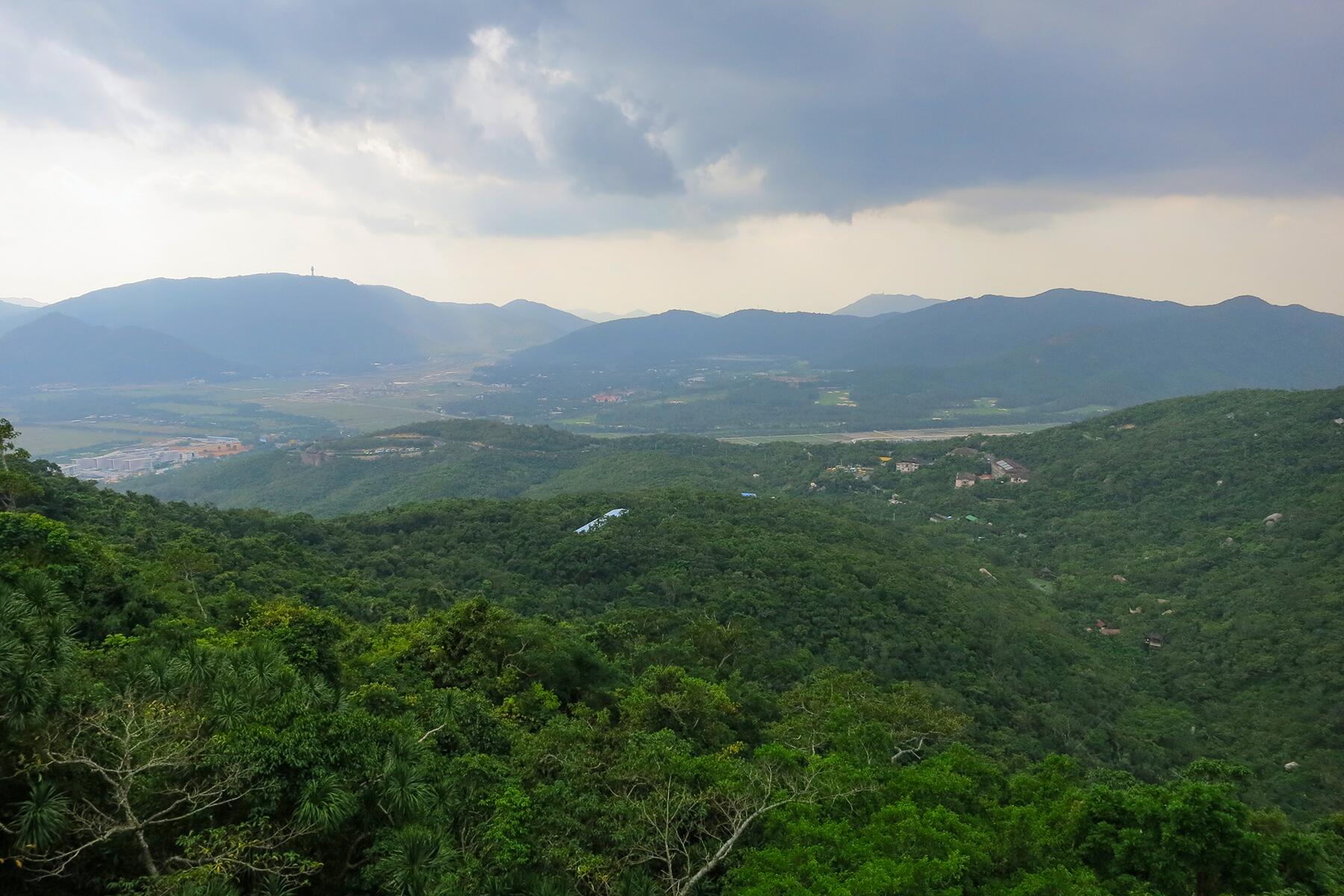 The large Yalong Valley, on the Tibetan Plateau, is considered the cradle of Tibetan culture. The relics, artifacts, and ancient sites here reflect Tibet’s early civilization, including early religion, culture, arts, and society. The Yalong Valley was the political and cultural center of Tibet until the 7th century, when the capital moved to Lhasa. There are a variety of natural and cultural attractions in the Yalong Valley, including dramatic mountains, lakes, and rivers, the ruins of a Neolithic village, a palace dating from the 2nd century BCE, meditation caves, royal mausoleums, and more. 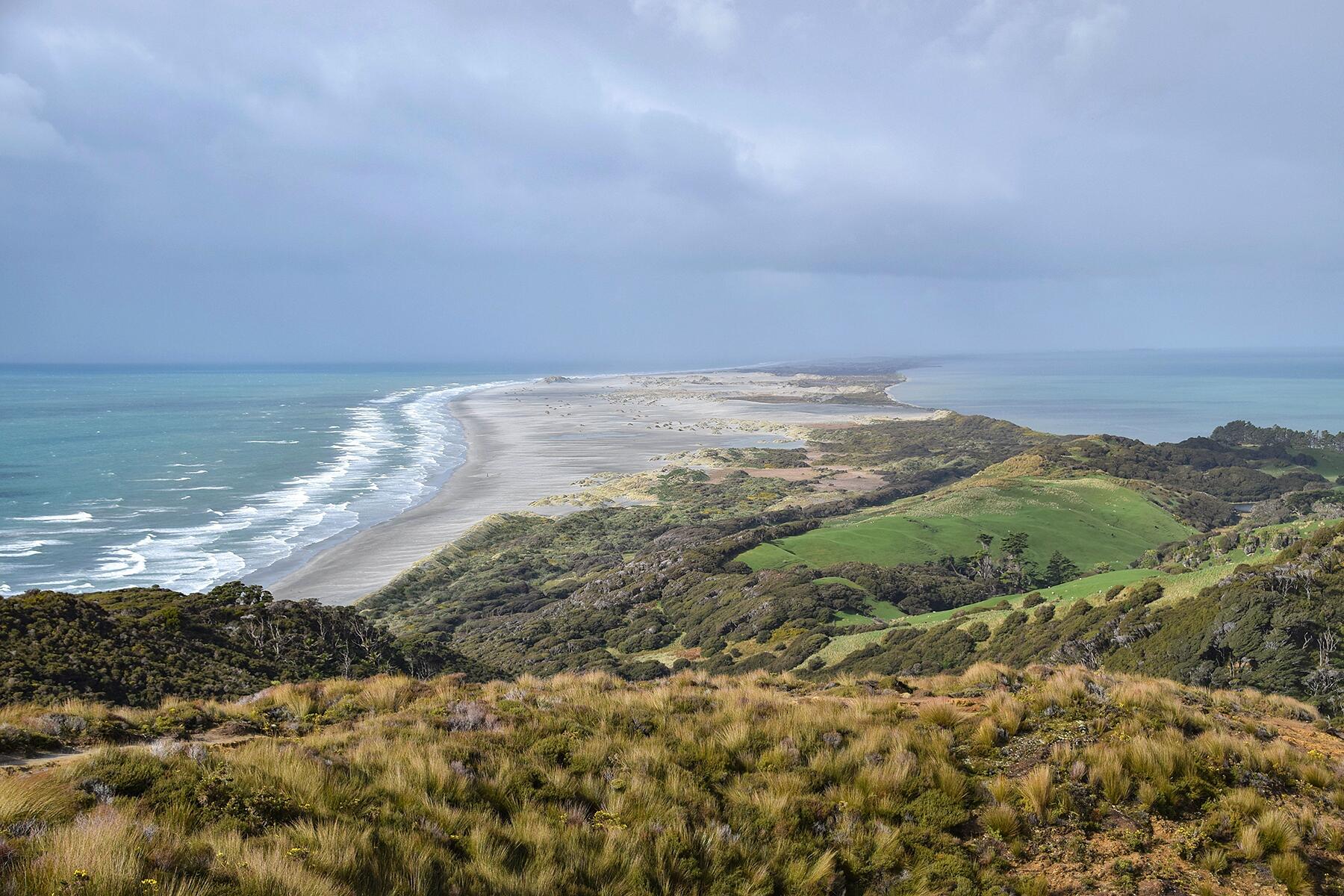 Along with the Kahurangi National Park, Waikoropupu Springs, and the Canaan karst system, the Farewell Spit Nature Reserve comprises a tentative UNESCO site in the north-western corner of New Zealand’s South Island. Farewell Spit is a half-mile wide sandspit that arcs around Golden Bay for 18 miles. It’s an important bird sanctuary, home to more than 90 species of bird, particularly wading birds that migrate from the Northern Hemisphere in spring. 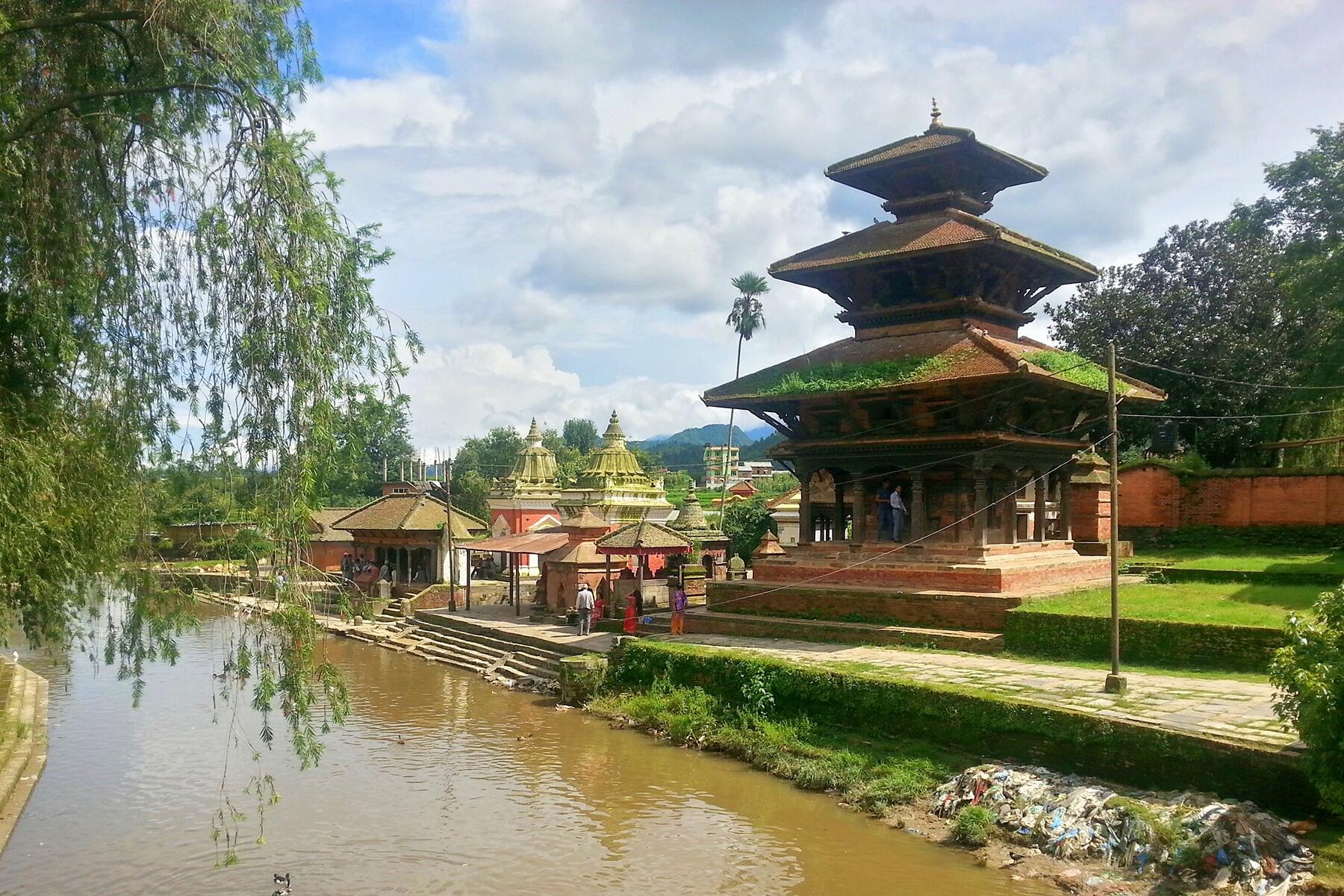 The early medieval (13th century) architectural complex in the Newari town of Panauti is located at the confluence of two rivers, the Roshi and Punyamati Rivers, east of the Kathmandu Valley. The collection of temples, sculptures, cremation ghats, and other structures contains the Indreshwar Mahadev Temple, dating from 1294, which is believed to be Nepal’s oldest intact pagoda-style temple. 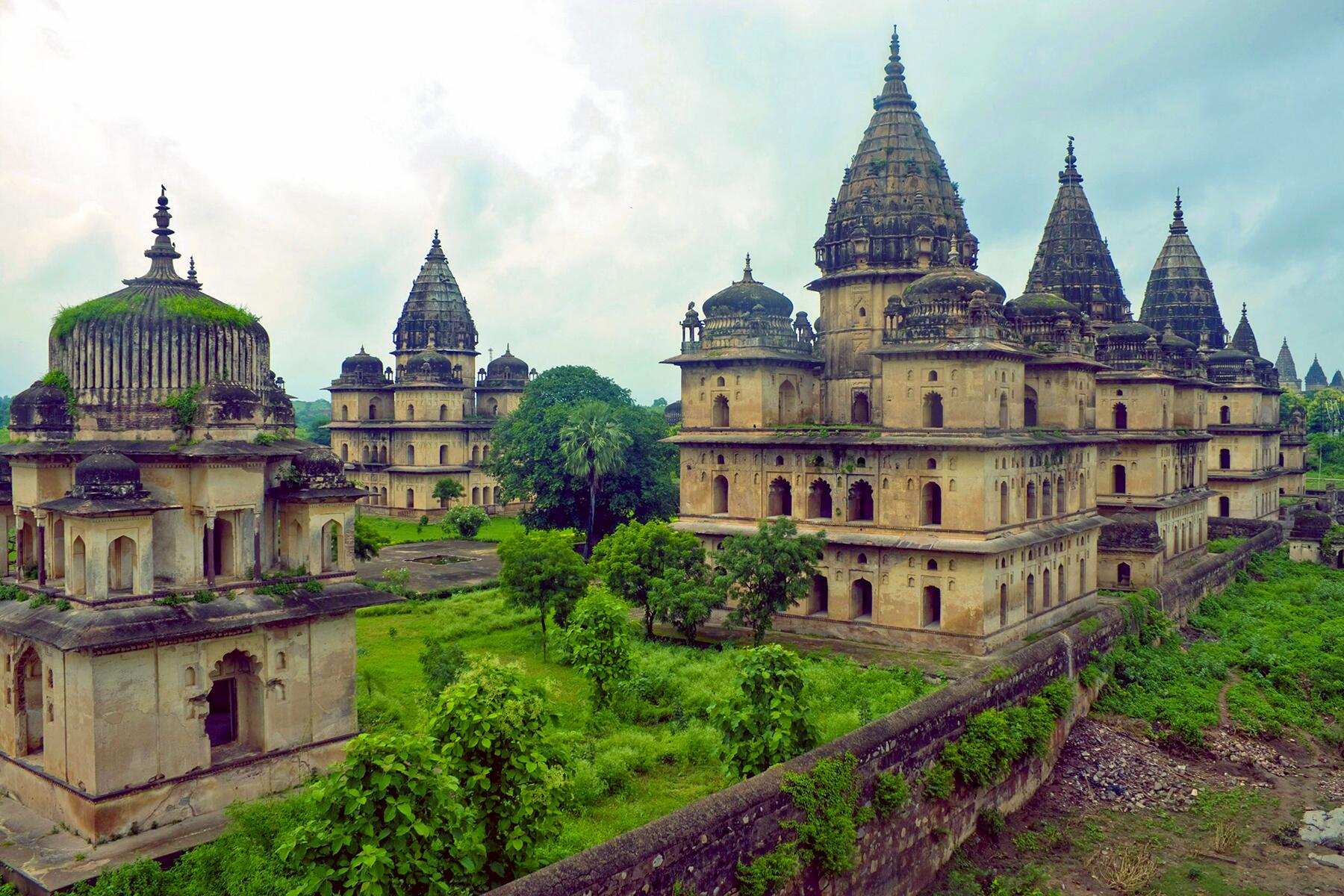 The small town of Orchha, in India’s Madhya Pradesh state and bordering Uttar Pradesh, was founded in the 16th century and was once the seat of an independent princely state. The Bundeli architectural style developed here combines elements of Mughal, Rajput, and Hindu design. This can be seen in the town’s palace, monuments, temples, gardens, and murals. 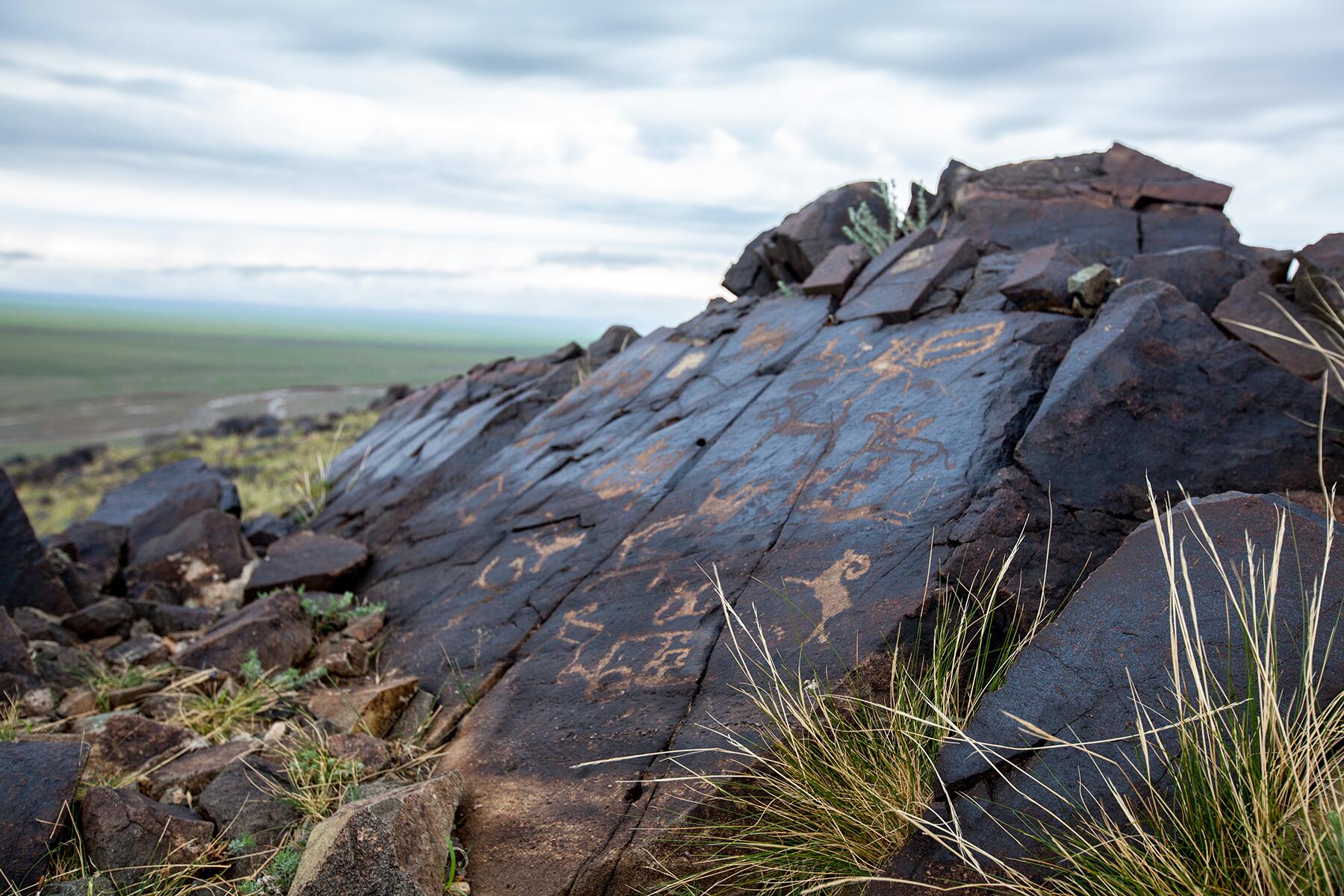 Petroglyphic Complexes in the Mongolian Gobi

Three sites are covered in what are considered outstanding examples of Gobi Desert petroglyphs: Del Uul Mountain, Bichigtiin Am, and Javkhlant Khairkhan Mountain. The petroglyphs date back to the Chalcolithic era, or Copper Age, with the oldest believed to be about 3,000 years old. They depict people, animals, the sun, and other objects, including cattle pulling a plough. 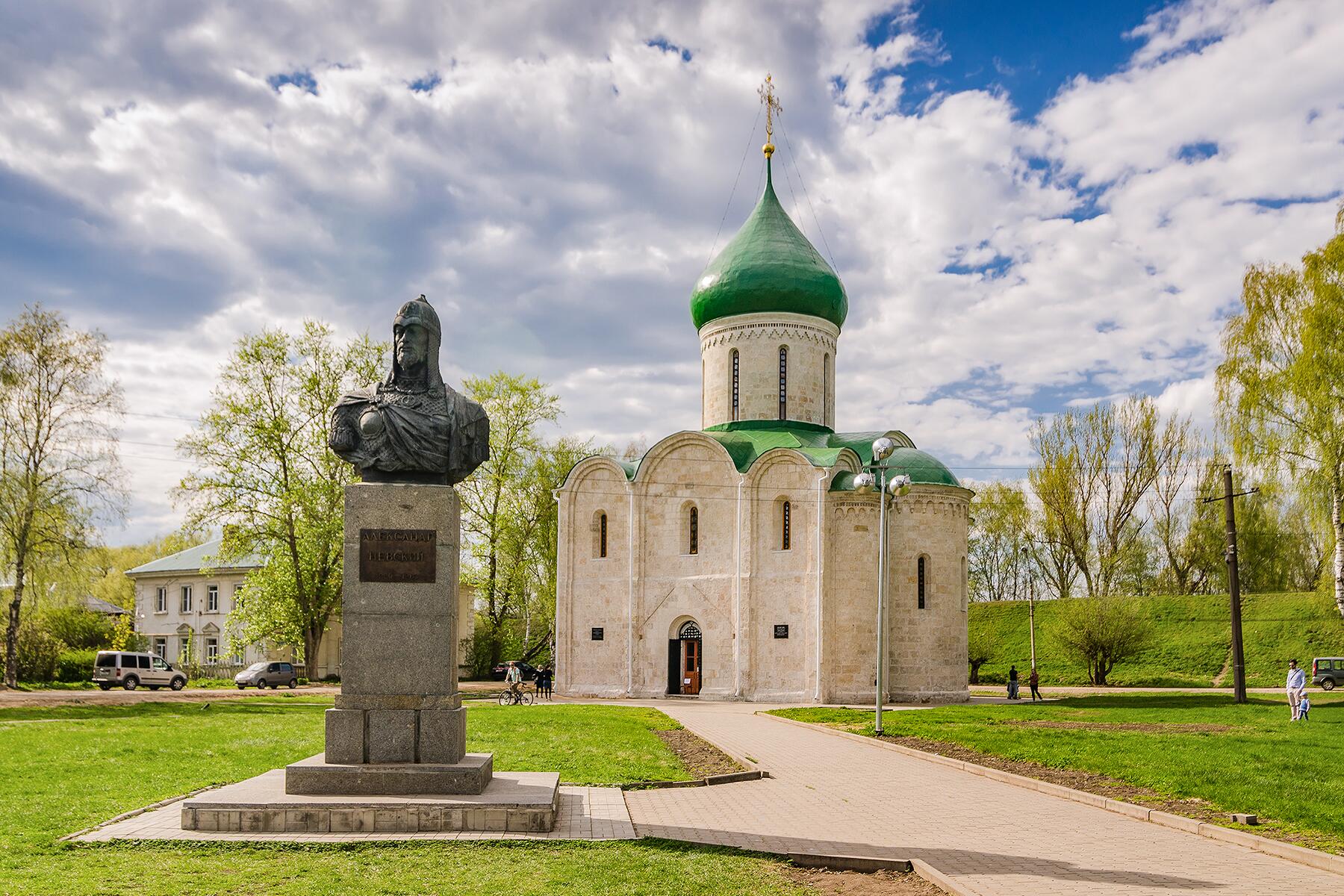 The Cathedral of the Transfiguration of the Savior and the Medieval Rampart City Wall of Pereslavl-Zalessky together comprise this tentative UNESCO site. The white limestone church with a green onion dome is one of the oldest buildings in Russia, dating from the 1150s. Pereslavl-Zalessky is a western Russian city that sits on the “Golden Ring,” a popular route that includes some of European Russia’s finest architectural sites. 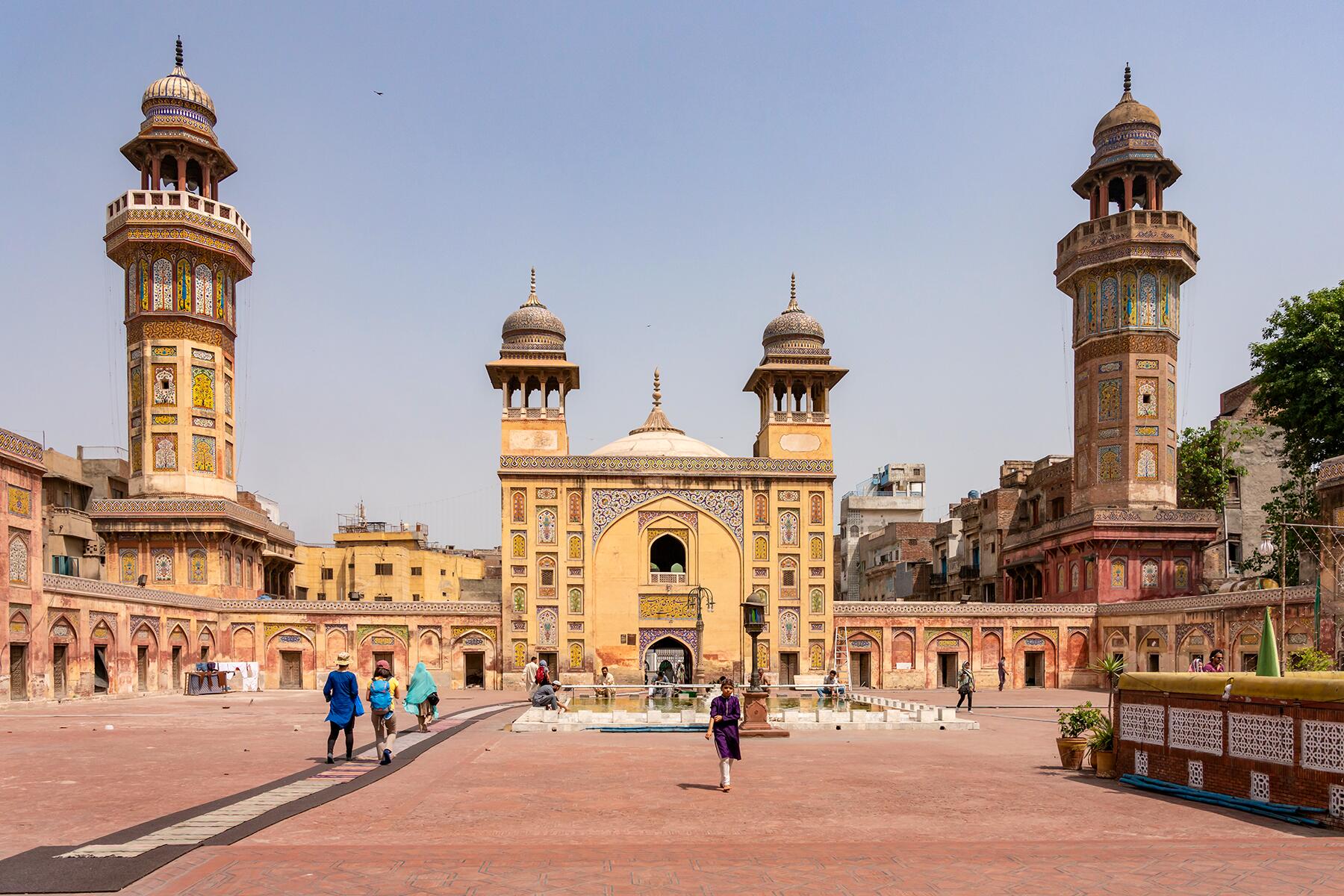 The 17th-century red brick and sandstone mosque in Lahore is one of the most ornate examples of Mughal-era architecture. It has four minarets, five domes, detailed tile work and an extensively frescoed interior. It’s located within the old walled city of Lahore, along the Shahi Guzargah, or Royal Road, where many of the city’s significant old buildings are located. Masjid Wazir Khan was built under the reign of Emperor Shah Jahan, who also commissioned Agra’s Taj Mahal. 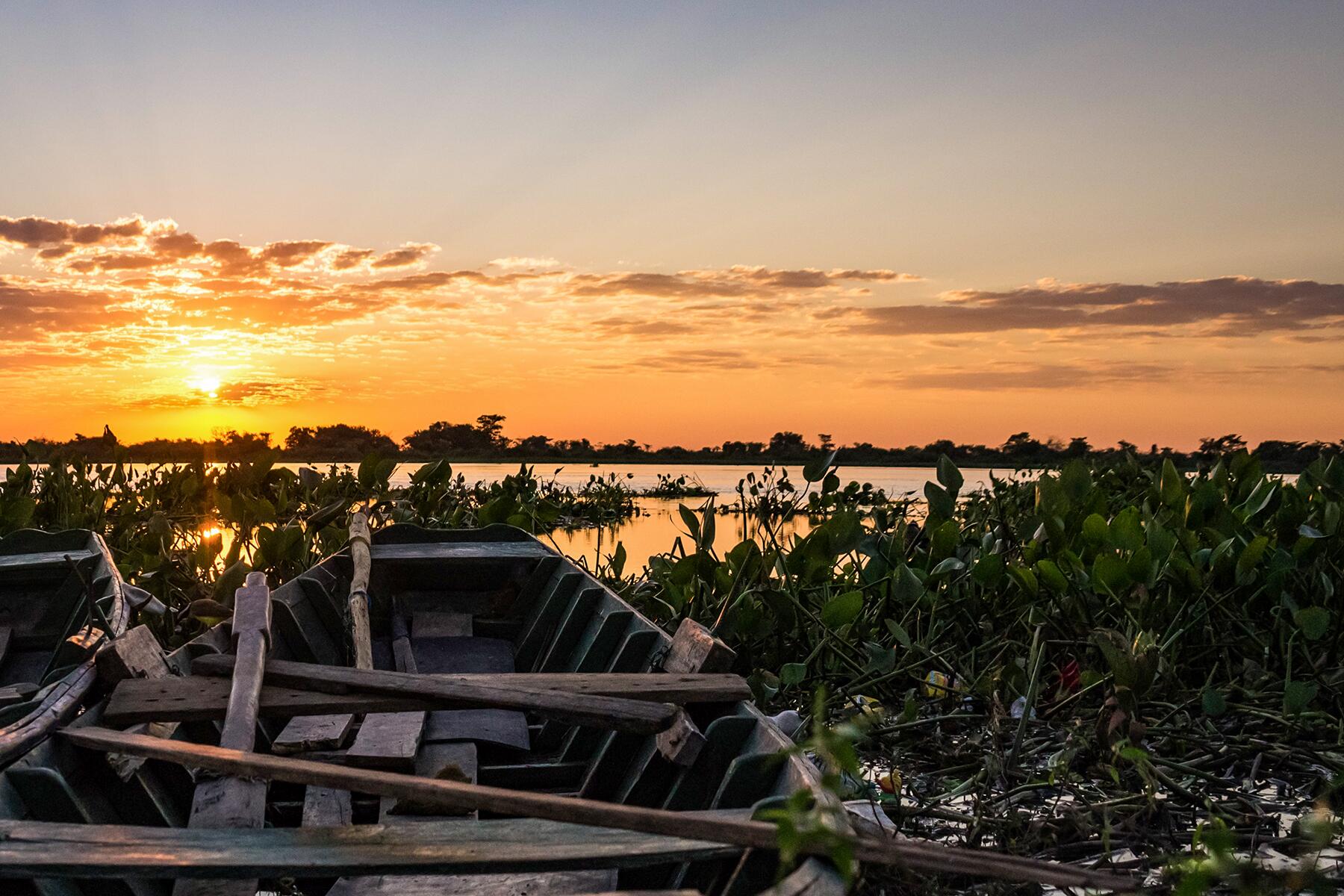 Paraguay’s Pantanal wetlands have already been declared a Ramsar Site, or Wetland of International Importance, as it’s where several different South American ecosystems meet. It’s home to 22 migratory bird species and a wide variety of endangered mammals. The area borders the Brazilian Pantanal and is inhabited by the indigenous Yshir people. 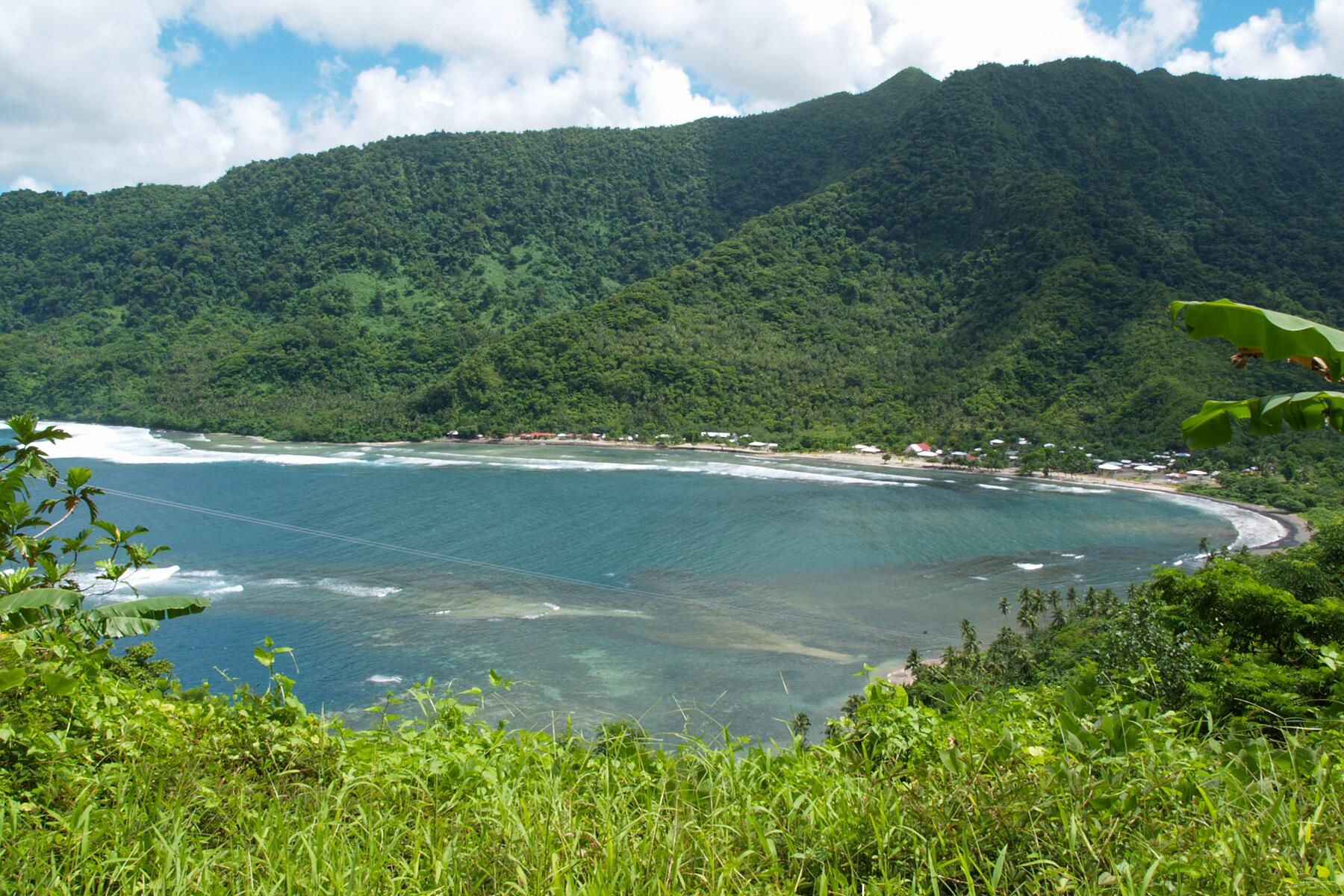 Samoa’s Fagaloa Bay and Uafato Tiavea Conservation Zone is of dual importance, for both its natural landscape and its connections to traditional ways of living. Uafato is the largest rainforest in the Pacific, and one of the oldest settlement areas in Samoa. Local governance structures reflect the interconnected nature of Samoans and their environment. It’s located in the east of Upolu island, east of the capital, Apia. 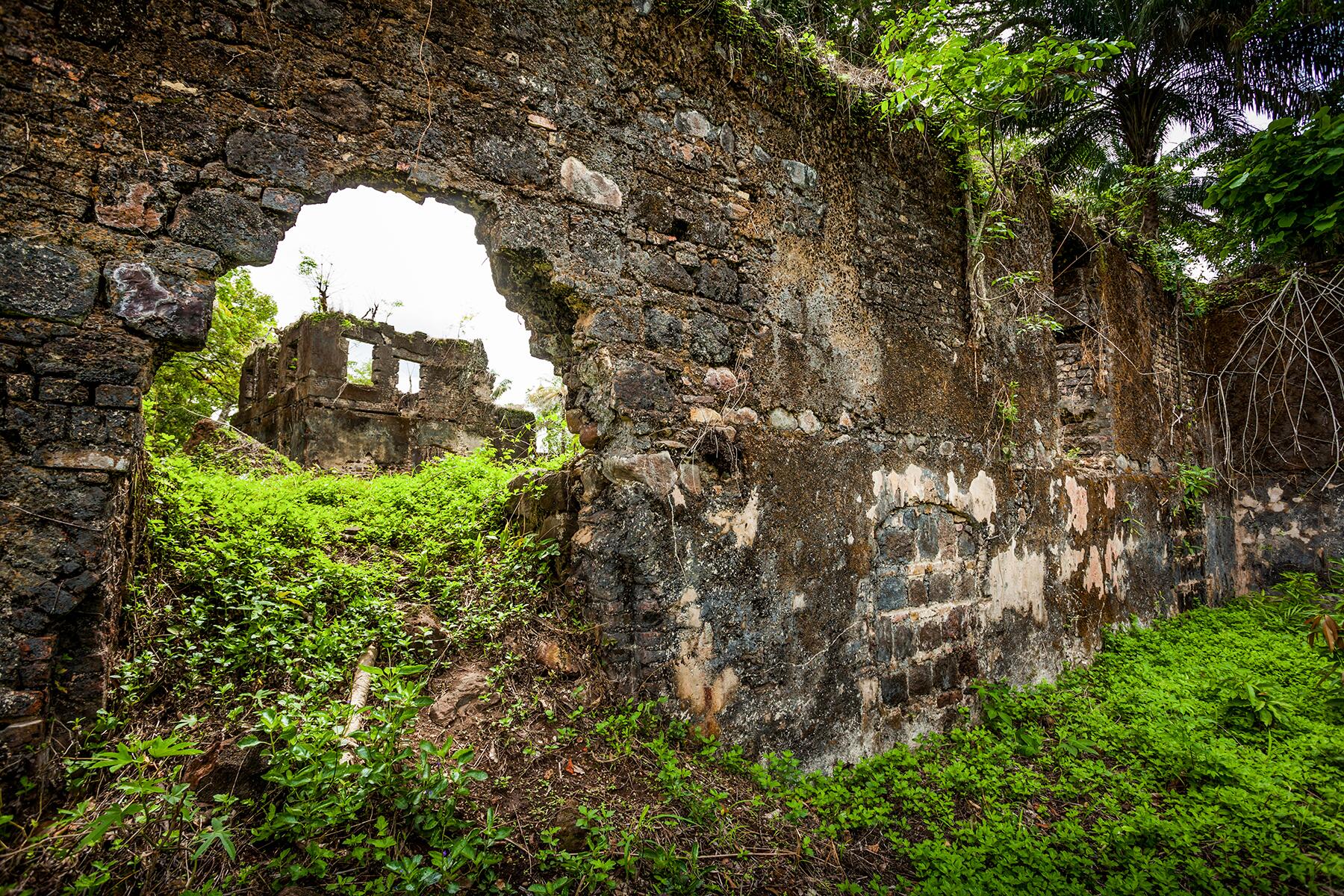 Uninhabited Bunce Island, Sierra Leone, was established in 1670 as a slave trading station, one of more than 60 along the coast of West Africa, and operated as such until 1807. Bunce Island is unique in that it’s not still lived in. Tens of thousands of Africans were transported to North America from here over the centuries. It was finally abandoned in 1840, and natural vegetation has grown up around the remains of the fortified settlement.