Among the defining architectural and historic features that greet visitors to Armenia are its numerous religious sites. Armenia was the first country to recognize Christianity as the state religion, after which a variety of monasteries were constructed, many on sites once holy to earlier religions. Today, the country is an almost entirely Armenian Orthodox nation, and the major icons of the religion, like mountaintop monasteries and other religious complexes, are among the most striking part of any tourist visit. As a major crossroads of ancient civilization, the country also has ancient Greek and Roman temples, some in an excellent state of preservation. Here are the most interesting religious sites to visit on your trip to Armenia. 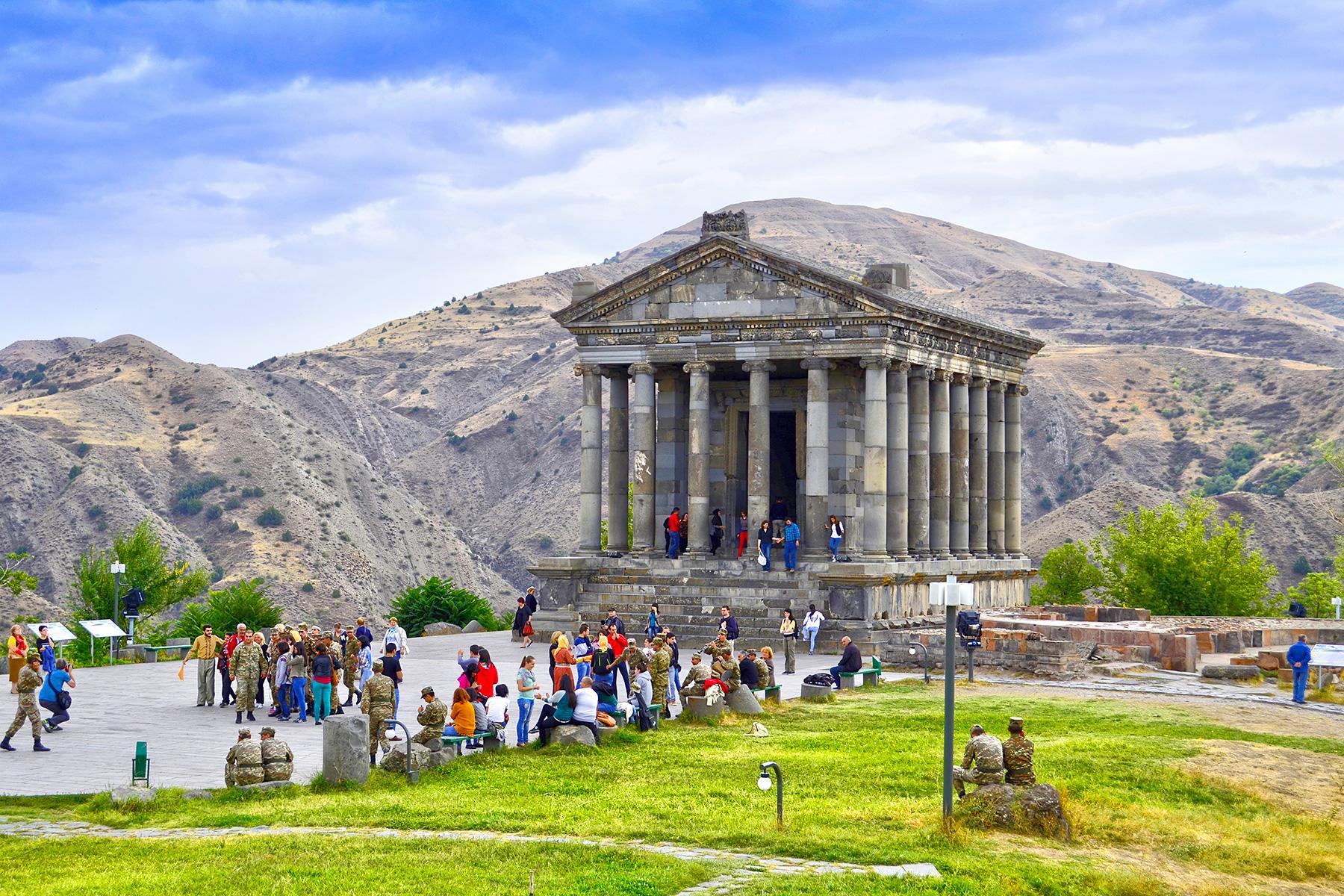 This stunning and almost completely intact Greco-Roman temple has an Ionic colonnade that dates from the first century C.E. Once part of the fortress of Garni, it is the best-preserved temple of its type in Armenia, and indeed among the best preserved in all of Central Asia. Much of what makes a visit to the temple, originally built to honor the sun god Mihr, so striking is its setting overlooking the Azat River and the Gegham mountains. It’s only 20 miles from Yerevan, making a visit here easy. 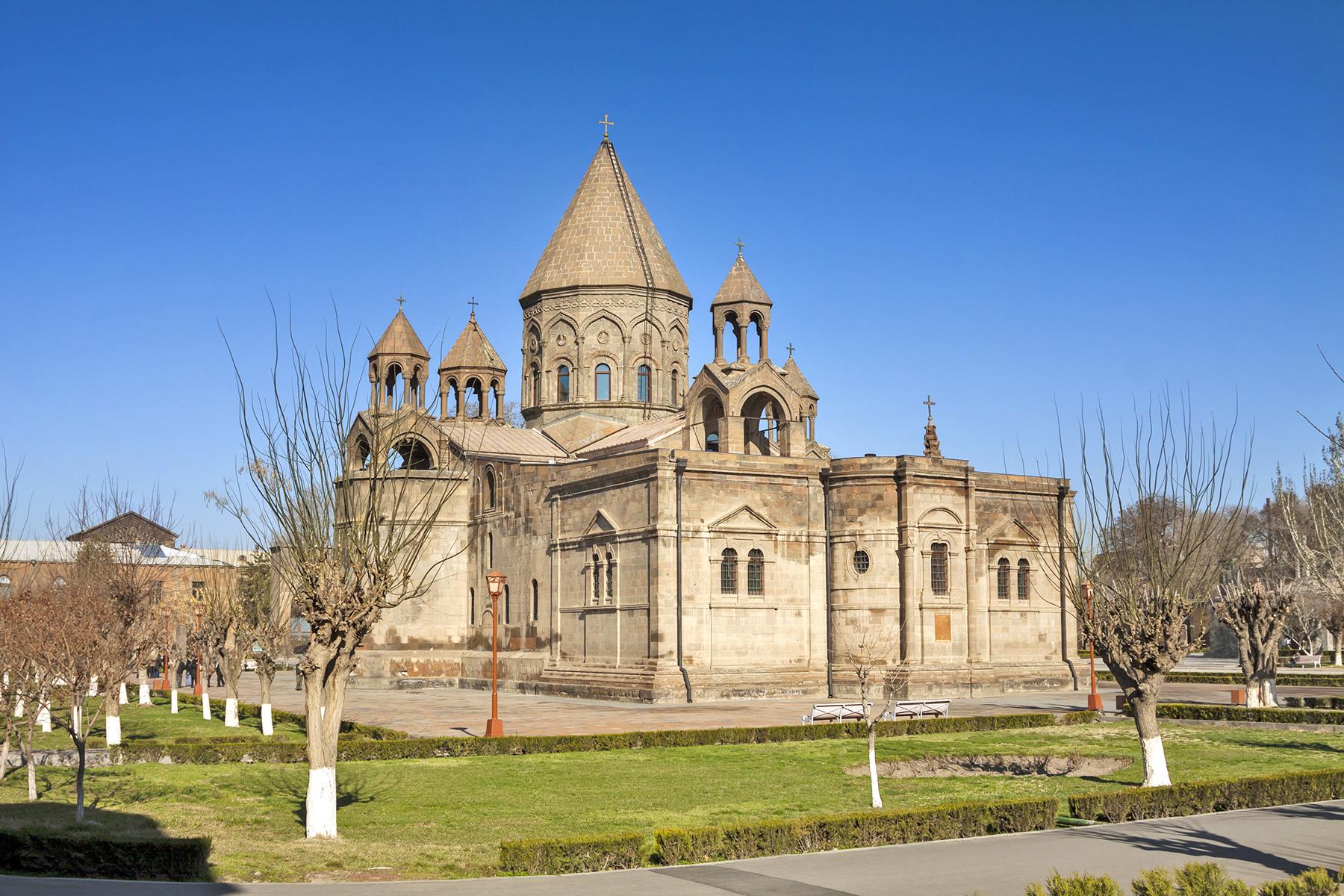 Want to put a visit to the oldest cathedral in the world on your bucket list? Then head to Armenia and visit the Etchmiadzin Cathedral, a UNESCO World Heritage site since 2000, and considered the headquarters of the Armenian Apostolic Church. The earliest version of the cathedral dates from the beginning of the 4th century and was constructed under the reign of King Tiridates III when Christianity became the official state religion of Armenia. The cathedral, much altered over the years, is part of the complex of the Mother See of Holy Etchmiadzin. Pilgrims and tourists alike come for the relics here, which include the Holy Lance, believed to have pierced Jesus Christ as he was on the cross, and a piece of Noah’s Ark, traditionally believed to have settled on nearby Mount Ararat after the biblical flood had ended. 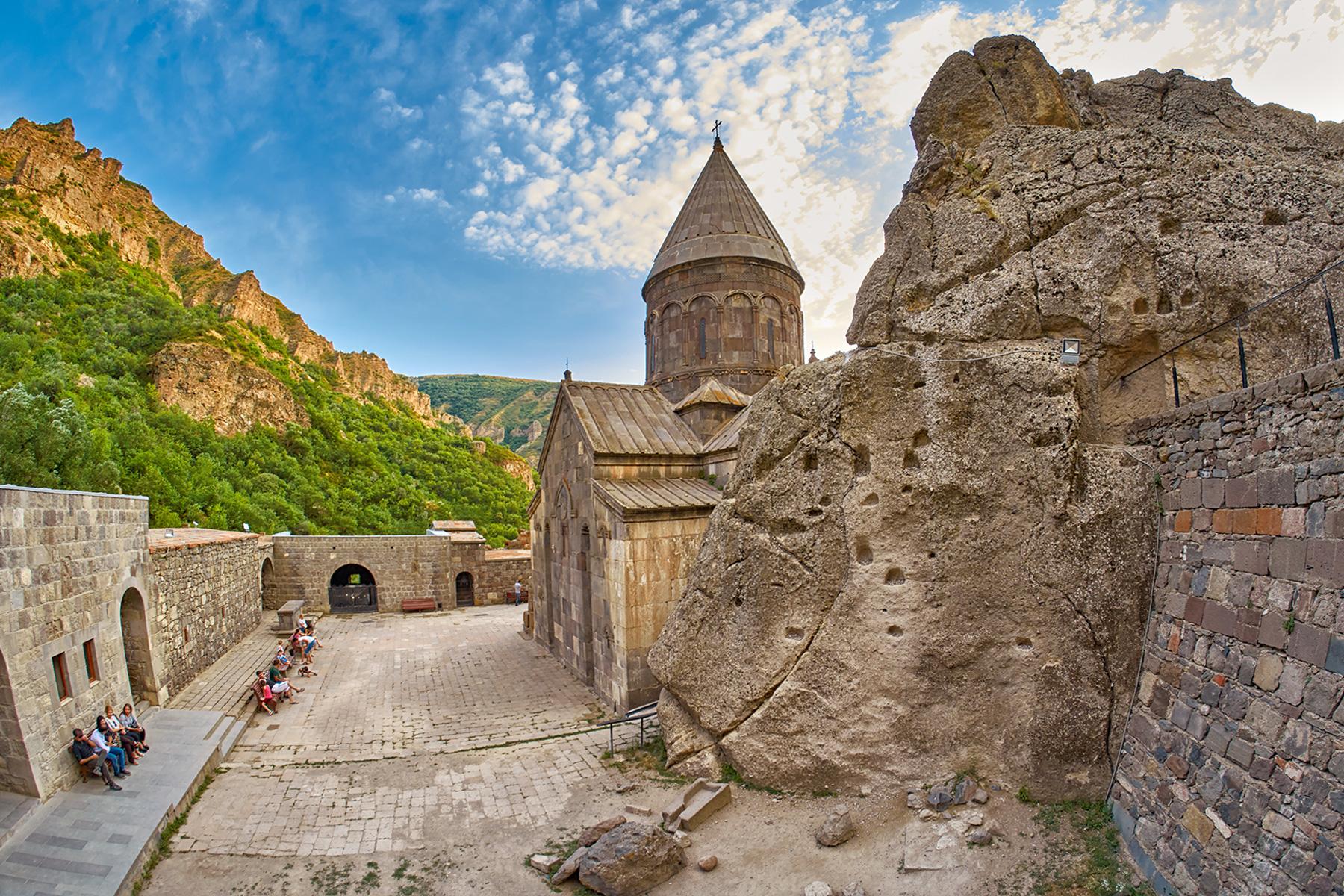 The architecture is as stunning as the setting within the Geghard Monastery, a walled complex of buildings springing from the side of a rocky mountain outcropping. Even before Christianity, the site had long had religious significance largely due to the sacred springs emanating from the mountainside. Its association with Christianity dates to Armenia’s adoption of the faith as a national religion in the 4th Century. The early religious leader Gregory the Illuminator, the patron saint of Armenia, lived within the complex and in the mountain caves surrounding it. The main church in the complex is the Holy Mother of God Katoghike Church, dating from the 1200s. Visitors should spend a few hours here wandering the complex to get the full impact–and don’t miss the striking Avazan cave church, carved from the mountain rock itself. 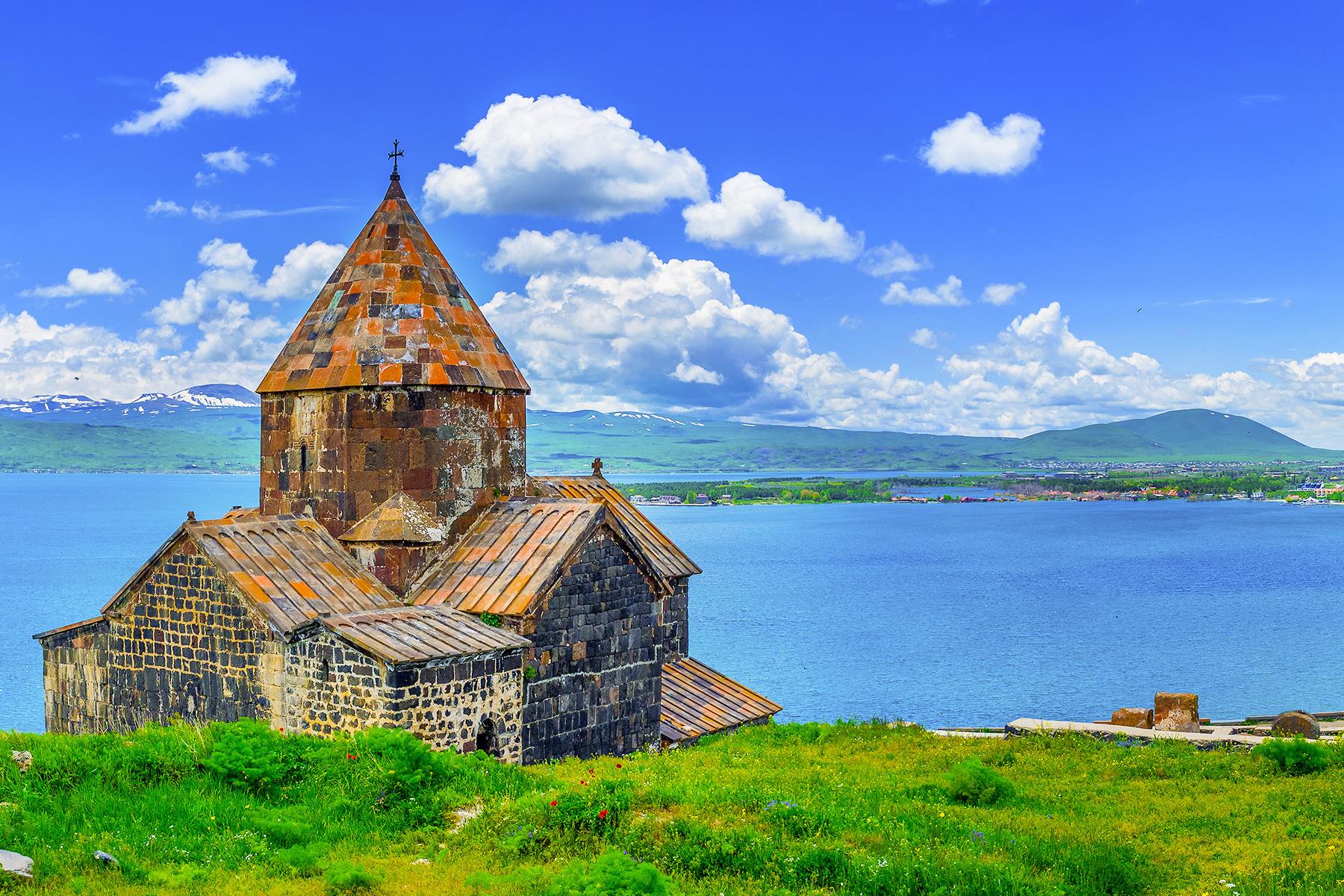 Sevanavank Monastery is one of the most photographed monasteries in all of Armenia, and one of the main reasons to visit this beautiful country. Set on the crystalline blue Lake Sevan, Sevanavank Monastery is in the Gegharkunik region and dates to the late 800s. There are two churches here making up the complex, both of a similar Armenian medieval style, formed of black tuff stone and cross-shaped: Surb Arakelots, or the Church of the Holy Apostles; and Surb Astvatsamayr, the Church of the Holy Mother of God. This mountainous lake region is also home to several nearby resorts. 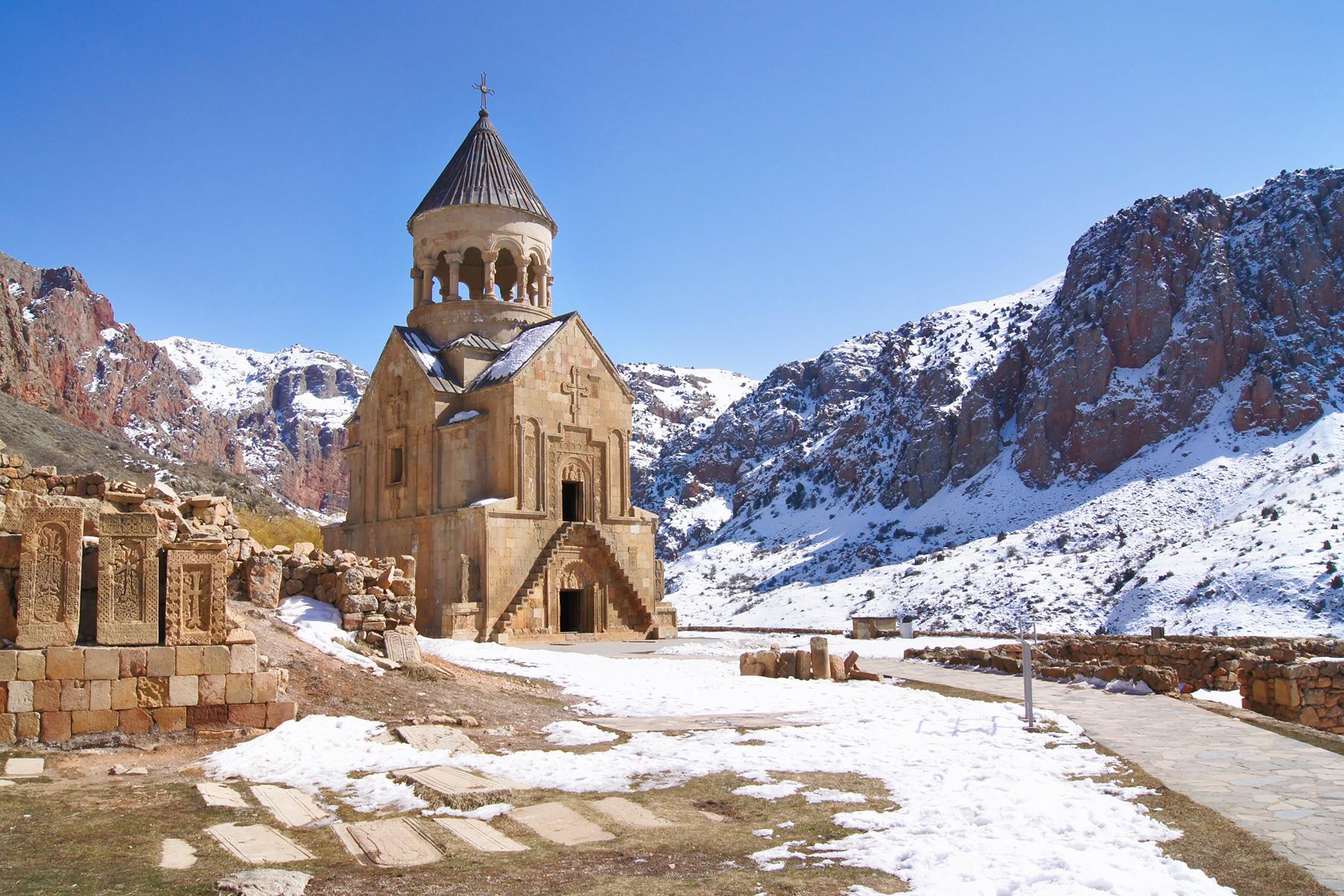 One of the most dramatic settings of the monastery complexes in Armenia is the Noravank Monastery. Whether viewed during the snowy winter or in the summer when the verdant valley spreads under the surrounding red cliffs, the site is simply breathtaking upon approach. Noravank means ‘new monastery’, and the complex dates from the 1200s, founded by Bishop Zvartnots. The architect monk Momik, whose gravestone is also here, added embellishments throughout the church. Among the once important relics here was a piece of the True Cross. 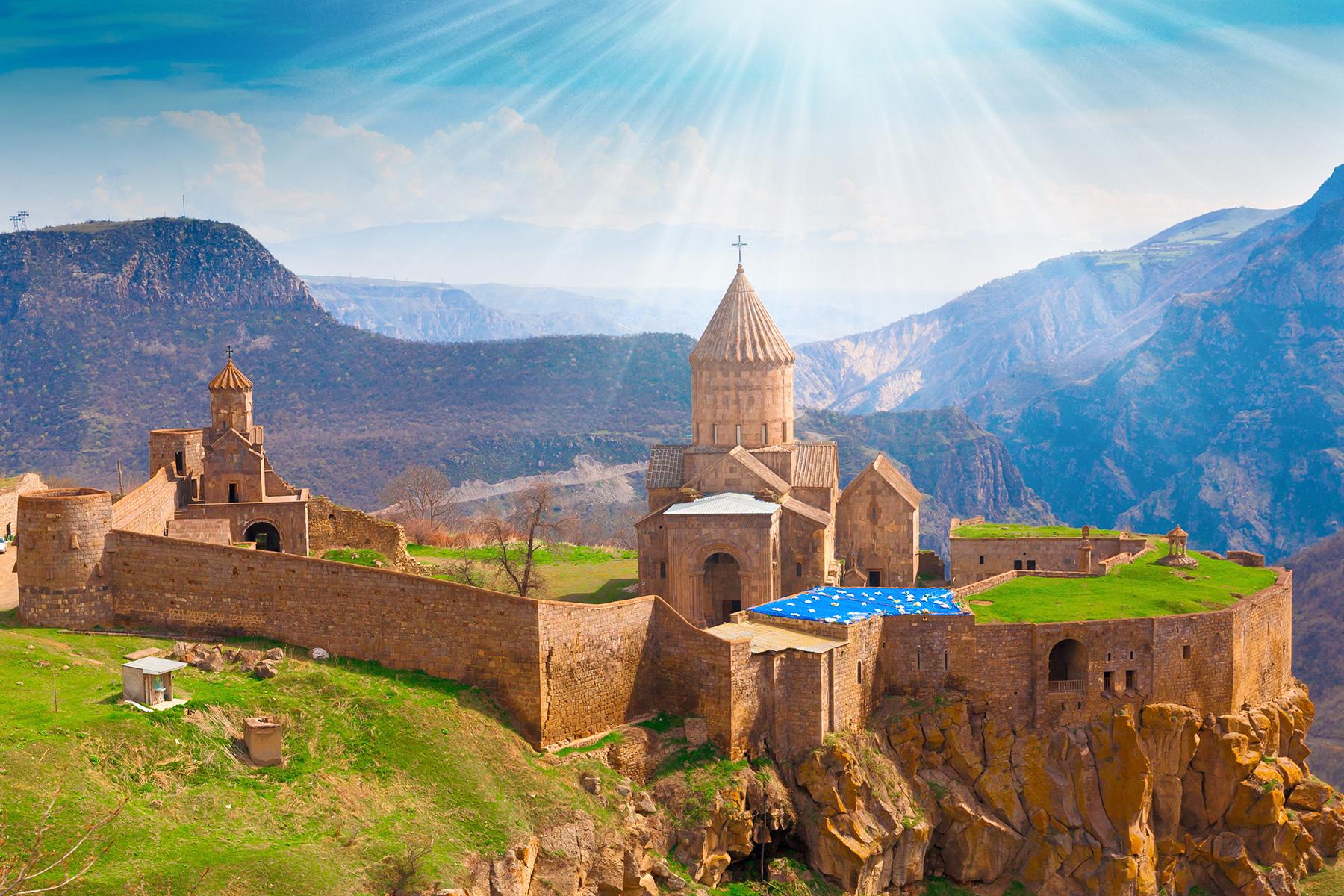 Modernity and ancient history combine here at Tatev Monastery, a complex originally dating from the very earliest Christian period. One of its most interesting modern additions is the Wings of Tatev, a suspended tramway which has helped to increase tourism to the region, the profits of which go to helping restore the once neglected complex. Located in Syunik province, one of the defining features of the complex is its oil mill, which produces the holy oil called muron, used in the Armenian church for religious rituals. 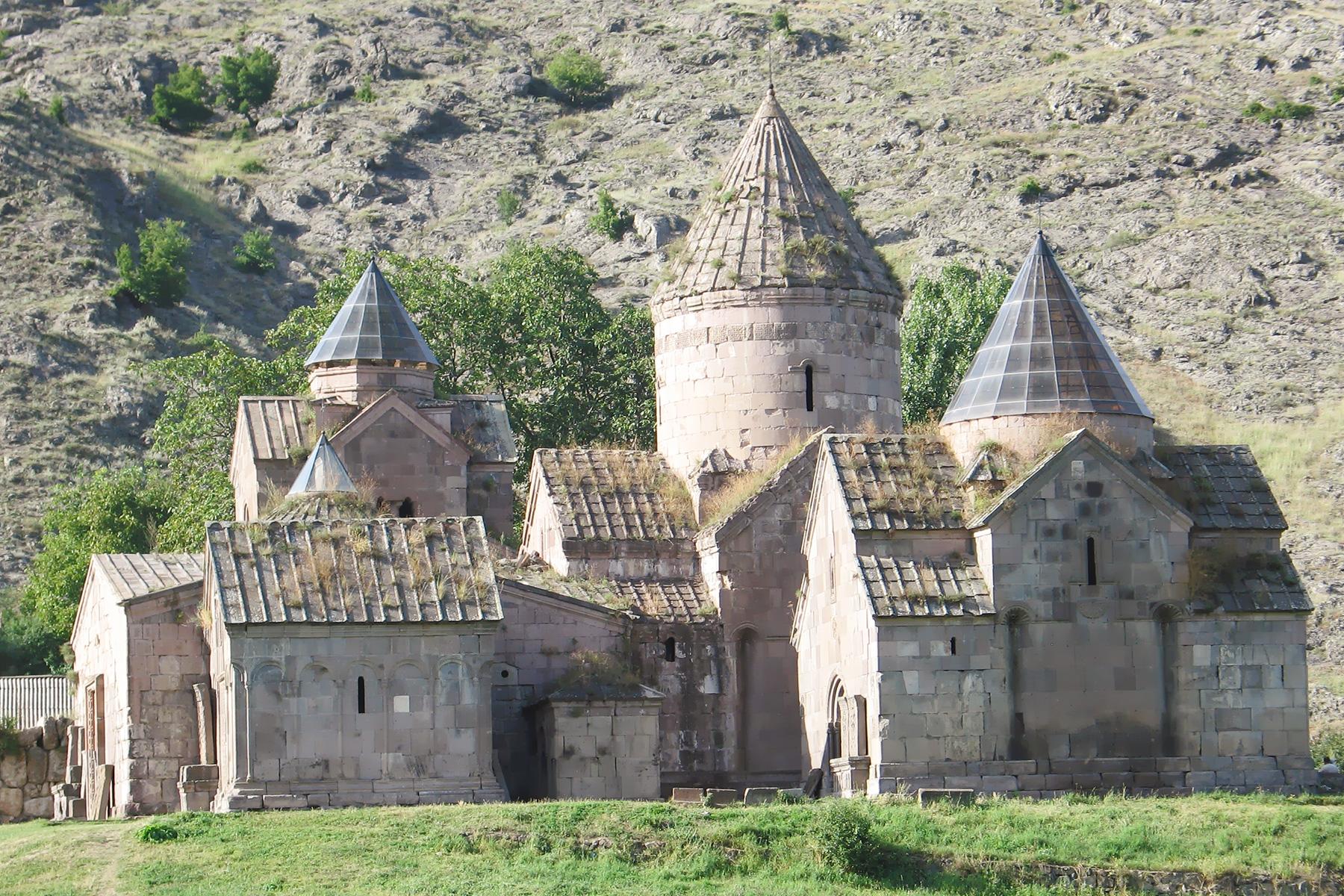 Set on a wildflower strewed stretch of land overlooking mountain ranges, Goshavank Monastery represents a mix of Romanian and Armenian architecture. The complex dates from the 12th century with the construction of the Church of the Virgin. Unlike many other monasteries, the complex is unwalled, adding to its simple appearance against its surroundings. The monastery is also noted for its book depository ornamented with a bell tower. 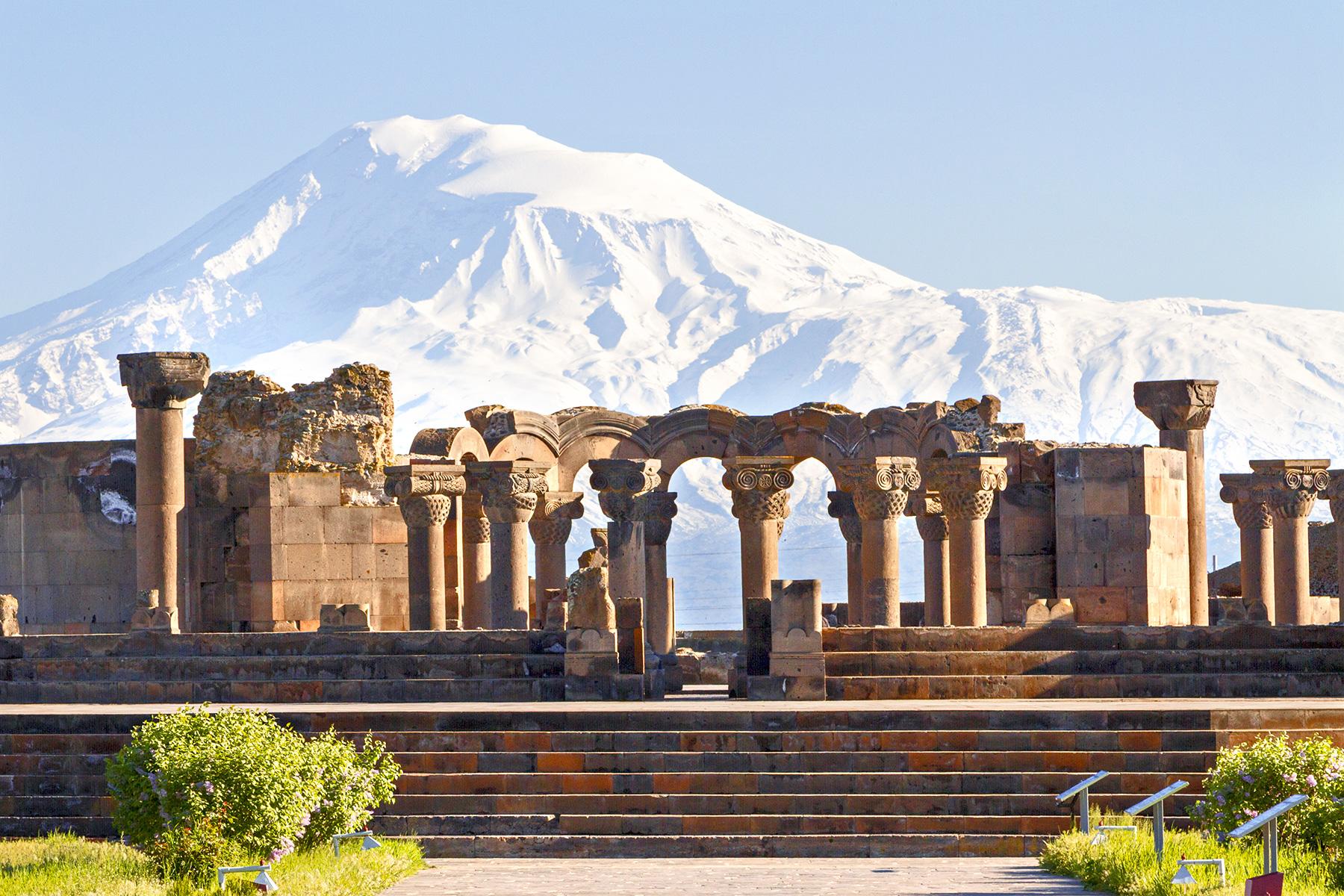 Zvartnots Cathedral Ruins is close to the capital of Yerevan and is one of the most important of the Christian religious complexes in all of Armenia. Its largely ruined structures date from the 7th century and are a striking mix of Armenian, Byzantine, and Romanian architecture. Tourists with an eye for detail will note that its columns and arches inspired the 20th Century Stalinesque-Soviet-Armenian style of monumental architecture used throughout Yerevan’s important municipal buildings. While in ruins, the complex is particularly striking when viewed with Mount Ararat in the distance in Turkey, connecting geography and history together.