Coronavirus Leila Najafi Want to Stay in Costa Rica for Over a Year? A New Law Might Help You
Home  >  News   >   Japan 101: Cities, Temples & the Great Outdoors

Japan may be a smaller country, but in this archipelago of 6,852 islands, there’s no shortage of urban delights and natural sights, with enough ancient architecture, commanding temples, and uninterrupted nature to satisfy your cravings for both culture and the great outdoors. Coined the "Land of the Rising Sun," most travelers to Japan begin their journey in Tokyo and, from there, either tour Kyoto or Osaka, hitting a few temples and shrines along the way. Here, our "Japan 101" guide outlines some highlights for the country’s must-hit cities, temples, and natural sights. 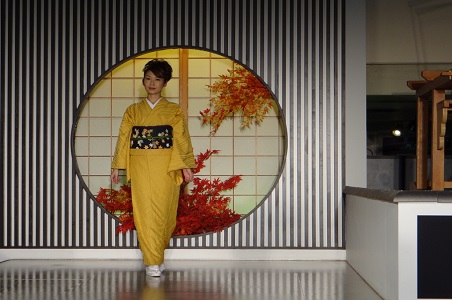 In pulsing Tokyo, there’s so much to tackle, it can seem overwhelming at first. Must-see attractions include the Imperial Palace East Gardens, Asakusa Kannon Temple, and Tosho-gu Shrine, and once you hit those major sites, you’ll want to leisurely explore a few of the city’s unique neighborhoods. Shinjuku is famous for its notorious nightlife scene, while Akihabara brims with shops hocking the latest technological gadgets. When the pace of city life gets a bit frenzied, slow things down with a stroll through the Shinjuku Gyoen National Garden or Yoyogi Park.

Compared to the bright lights of Tokyo, Kyoto feels far more manageable, walking a fine urban line between tradition and modernity that’s noticeable in everything from the city’s food to its fashion. Similar to other global cities, Kyoto has several distinct neighborhoods that appeal to a variety of interests. Buy designer clothes in the Shinkyogoku Shopping District, or take an evening walking tour of the Gion Geisha District. For a general overview of the city, walk through Higashiyama-ku, which leads to various attractions like Kiyomizu-dera Temple and Sanjusangendo Hall.

Don’t Miss: Learn how kimonos are made and catch a free fashion show at the Nishijin-ori Textile Center. 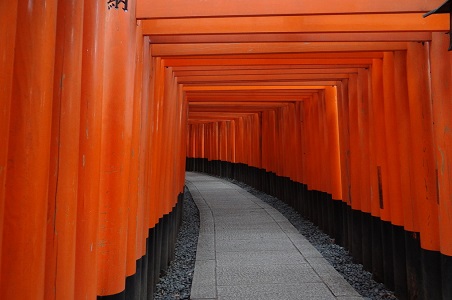 It’s nearly impossible to travel all the way to Japan and not turn up at a temple or shrine. Some of the country’s most historically significant places of worship are actually located just minutes from central Kyoto, including the Fushimi Inari Taisha, Kinkaku-ji (Golden Pavilion Temple), and Kiyomizu-dera. At Fushimi Inari alone, where bright orange pillars sprinkle the grounds, there are about 32,000 sub-shrines, so plan several hours for this excursion. Or, near Kamakaura in Hase, marvel at the Great Buddha of Kamakura, a bronze statue and major religious site dating back to the year 1252. Set at the Kotoku-in Temple, the Buddha statue sits 40 feet high and weighs almost 93 tons.

Don’t Miss: For a more intimate spiritual experience, visit the Naritasan Shinshoji Temple in Narita during their morning services and witness a special Buddhist prayer ritual. 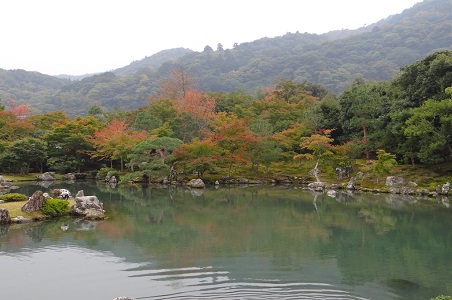 As architecturally stunning as many of Japan’s cities are, nature is never too far from view. Mount Fuji, for example (within day-tripping distance of Tokyo), is Japan’s highest mountain and one of the countries most recognizable symbols. Roughly 200,000 tourists climb Mount Fuji each year, but even if you don’t make the ascent, the mountain can still be seen from miles away (weather permitting). Near Kyoto, meanwhile, Arashiyama features vibrant bamboo groves, a series of temples, and the Saga-Toriimoto Preserved Street, which showcases town houses in the style of the Meiji Period.

Don’t Miss: In the Chiba Prefecture, Nihon-ji Temple at Nokogiriyama houses one of Japan’s largest Buddha statues, in addition to a series of hiking trails and panoramic overviews of the area.

Fall and spring are arguably the best times to visit Japan, especially the latter, when country’s signature cherry blossoms are in full bloom.

Most international travelers heading to Japan fly directly into Narita airport, which is technically located in Chiba Prefecture, though it services Tokyo. Haneda Airport is the other Tokyo option, but is mainly reserved for domestic flights—you’ll likely end up there if flying between Tokyo and Kyoto, rather than taking the bullet train or the Japan Railway line.

Megan Eileen McDonough is a freelance travel writer based in New York City. She also runs Bohemian Trails, a blog that covers global lifestyle trends for the savvy and stylish traveler. Her cultural escapades have taken her to Latin America, Asia, Europe, and the Middle East.