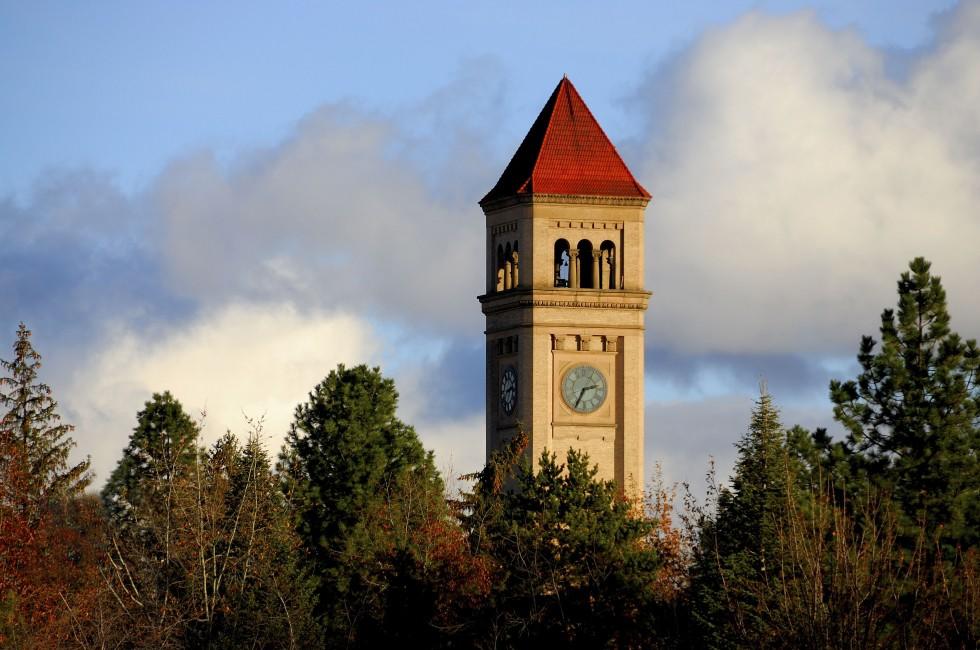 The Columbia Plateau was created by a series of lava flows that were later deeply cut by glacial floods. Because its soil is mostly made up of alluvial deposits and windblown silt (known to geologists as loess), it's very fertile. But little annual rainfall means that its vast central section—more than 30,000 square miles from the foothills of the Cascades and the northeastern mountains east to Idaho and south to Oregon—has no forests. In fact, except for a few scattered pine trees in the north, oaks in the southwest, and willows and cottonwoods along creeks and rivers, it has no trees.

This treeless expanse is part of an even larger steppe and desert region that runs north into Canada and south to California and the Sea of Cortez. There is water, however, carried from the mountains by the great Columbia and Snake Rivers and their tributaries. Irrigation provides the region's cities with shrubs, trees, and flowers, and its fields bear a great variety of crops: asparagus, potatoes, apples, peaches, alfalfa, sweet corn, wheat, lentils, and much more. This bounty of agriculture makes the region prosperous, and provides funds for symphony halls and opera houses, theaters, art museums, and universities.

Southeast of the Columbia Plateau lies a region of rolling hills and fields. Farmers of the Palouse region and of the foothills of the Blue Mountains don't need to irrigate their fields, as rain here produces record crops of wheat, lentils, and peas. It's a blessed landscape, flowing green and golden under the sun in waves of loam. In the Walla Walla Valley the traditional crops of wheat and sweet onions remain, but more than 1,800 acres of grapes now supply more than 100 wineries that have opened in the past few decades. The region is not only fertile, it is historically significant as well. The Lewis and Clark expedition passed through the Palouse in 1805, and Walla Walla was one of the earliest settlements in the Inland Northwest.

The northeastern mountains, from the Okanogan to the Pend Oreille Valley, consist of granite peaks, glaciated cliffs, grassy uplands, and sunlit forests. Few Washingtonians seem to know about this region's attractions, however. Even at the height of the summer its roads and trails are rarely crowded.

The hidden jewel of these mountains is the Sanpoil River Valley, which is a miniature Yosemite Valley, with vertical rock walls rising 2,000–3,000 feet straight from the river, their height accentuated by the narrowness of the canyon. The valley has no amenities, and is still in the possession of its original owners, the Native Americans of the Colville Reservation, who have preserved its beauty. These wild highlands have few visitor facilities. Towns in the Okanogan Valley and the regional metropolis of Spokane, on the fringes of the region, offer more services.

Recommended Things to Do in Spokane and Eastern WashingtonSEE ALL

Find the perfect tours and activities in Spokane and Eastern Washington.

Recommended Hotels in Spokane and Eastern Washington SEE ALL

Recommended Restaurants in Spokane and Eastern Washington SEE ALL

Find the best food tours and activities in Spokane and Eastern Washington. 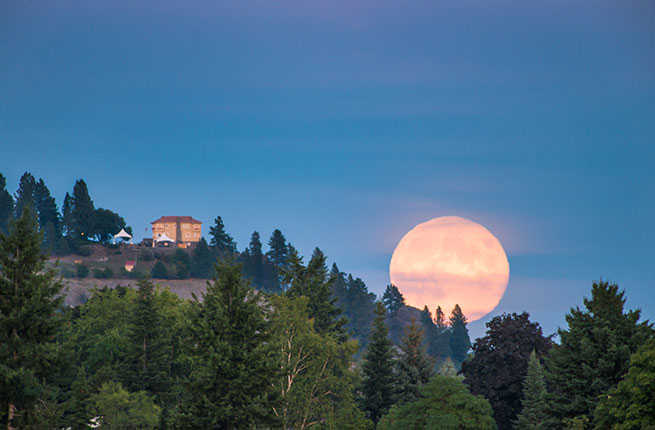 We Never Would Have Guessed Spokane Is So Funky and Rad
From the spooky to the spectacular, Spokane is full of surprises.

World’s Most Unique Dining Experiences
Have you ever had canapés in a canopy? A feast on top of a glacier? Here are 20 one-of-a-kind culinary adventures around the world.