Pot Tourism: How to Buy Marijuana in Washington State 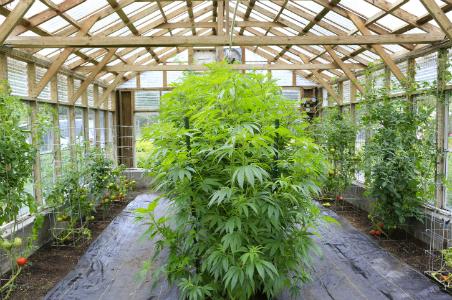 Washington’s recreational-marijuana debut didn’t roll out quite as seamlessly as Colorado’s launch a few months earlier. On July 8, 2014—the big day—only one pot shop out of 24 that had been licensed at that point actually opened; it was in Seattle, a city of more than 650,000 people, and the store shuttered after three days because it ran out of inventory. Most would-be stoners were, to go for the easy pun, smokeless in Seattle. There weren’t any edibles, either—those weren’t even legal until August.

A few more stores have cropped up since July, including a second shop in Seattle. Of the 38 retail locations that have been approved statewide (in total, 334 will eventually be licensed), 18 have reported sales as of mid-August. But getting in on the green in Emerald City and beyond isn’t nearly as easy as many locals and visitors would prefer. Here’s what you need to know as a pot tourist.

Should I go to Colorado or Washington?

The truth is that Washington is much more conservative about pot than Colorado, even though it’s legal in both places. (Check out Pot Tourism: How to Buy Marijuana in Colorado.) Advertising and public displays are strictly regulated in Washington and the state has been slow to hand out licenses, so there still aren’t nearly enough stores, which has caused limited supplies and skyrocketing costs. Sellers aren’t allowed to grow their own stock, and neither are residents, who pay sky-high taxes for their heavily regulated legal weed (consumers pay a 25% sin tax on an end product that has already been taxed twice). As a result, many seasoned users are sticking to their black-market (or prescription) ways. One New York Times op-ed went so far as to suggest that cannabis shops simply would become a tourist novelty in Washington. If you're a serious marijuana aficionado, you might want to check out Colorado instead. If, however, you hope to toke while you enjoy Washington’s many other spectacular offerings, you’ve got plenty of options.

Who can buy Marijuana in Washington?

Can you legally go to a bar? Congratulations, you also can legally purchase marijuana! As long as you have a government-issued ID proving you are 21 years of age or older, you’re good to go.

Where do I get it?

You’ll be buying your marijuana at a specially authorized retail shop that is licensed by the state, but you can’t smoke or ingest your purchases on the premises. With so few shops open, it’s best to research your options in advance if you’re planning to buy during a visit, especially if you’ll be relying on public transportation. Websites like Weedmaps or Leafly are helpful store-locating resources.

How much does marijuana cost?

The price will vary according to quality and availability; some strains are more top-shelf than others. Most stores are aiming for $10–$12 per gram, though that number can climb to as high as $25. There are 28 grams in one ounce.

Can I buy as much as I want?

If you're 21 or older, you can buy and possess one ounce at a time, whether or not you're a Washington resident (in Colorado, out-of-staters can’t buy as much as locals). Alternately, you can purchase up to 16 ounces of marijuana-infused product in solid form (think: pot brownies) or 72 ounces of marijuana-infused product in liquid form. While some shops accept debit cards, none accept credit cards, so it's best to bring cash.

Can I drive with it?

As long as you and your passengers are not using it, you can have marijuana in your possession, even in your car. Just don’t make the mistake of driving while intoxicated. Though police are still working out how to legally identify high drivers—there’s no roadside test like the breathalyzer—you could be arrested if you appear to be high.

So where do I actually smoke it?

That is the big question. Marijuana is controlled by the state liquor board and is treated very much like alcohol; just as you’re not allowed to booze in public places, neither are you allowed to smoke pot. Which is not to say that many people don’t do it discreetly anyway, and you won’t be arrested if you’re caught, just fined $27. Unless you’re flaunting it, most cops don’t even care, though one Seattle police bicycle officer was temporarily reassigned after he was found to have written 80% of the city’s marijuana-related citations. Pot enthusiasts are pushing legislators to allow pot-friendly public hangouts in the future, so all this may change.

But nobody cares if I light up, right?

Wrong. Just because voters legalized marijuana doesn’t mean they want the scent of it wafting through the air everywhere they go, even in liberal Seattle. The vote to legalize marijuana wasn’t just about the right to get high; many people consider it a pivotal step in reforming laws that have filled state prisons with petty offenders. Like anything, just use common courtesy and you’ll probably be just fine.

What about at my hotel?

A quarter of hotel rooms are designated smoking-friendly in Washington State, but that applies to tobacco only. Whether hotels officially allow pot is a hazy issue. You could ask in advance, or you could try your luck, but be advised that most hotels will investigate if they receive smell complaints. Dedicated connoisseurs might consider investing in a portable vaporizer (just make sure it’s scrubbed clean of any trace of illicit substance while traveling outside of Washington, or ship it home if you’re paranoid). While pocketsize vapes do produce a scent, it vanishes fairly quickly. You might also consider edibles if odor is a consideration.

Washington watched very carefully as Colorado debuted its pot retail model, especially as edibles were spotlighted in the national media as a possible factor in two separate deaths. THC concentrations can vary wildly between products, from dried flower to potent extracts like butane hash oil. Unlike smoking, which produces immediate effects, edibles take a while to kick in, so you have to be careful. For novices, a starting dose between 10–30mg should be plenty. One cardinal rule that all users should follow? Never mix heavy booze and pot, especially unpredictable, slow-acting edibles.

Isn’t there a concierge for all this?

Since the law was passed two years ago, entrepreneurs have been staking out their claim in Washington’s weed future. There are companies, like Seattle’s Kush Tourism, that offer tours and can hook up clients with cannabis-friendly lodging options. You can even rent a vaporizer for the duration of your visit. One caveat: This early in the game, it can be tough to tell which outfits are legitimate. Look for online reviews to guide you.

Can I take home a souvenir?

Don’t do it! While it may seem tempting to stash one last joint in your suitcase before you head out, it is completely illegal to take marijuana across state lines or to Canada.