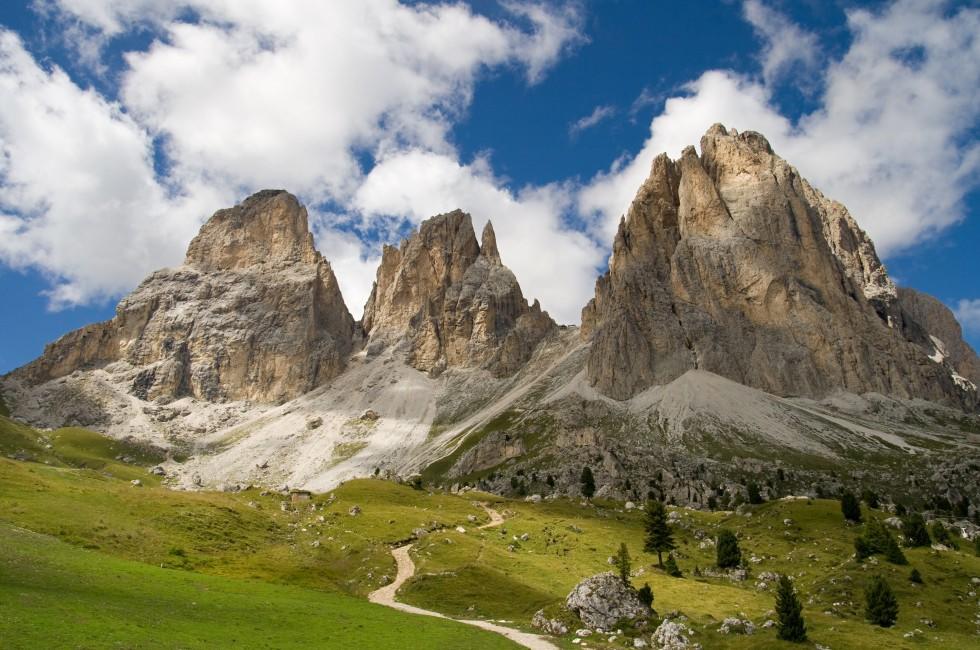 The Dolomites, those inimitable craggy peaks Le Corbusier called "the most beautiful work of architecture ever seen," are never so arresting as at dusk, when the last rays of sun create a pink hue that languishes into purple—a magnificent transformation locals call the enrosadira. You can certainly enjoy this glow from a distance, but the Dolomites are such an appealing year-round destination precisely because of the many ways to get into the mountains themselves. And once there, in short order your perspective—like the peaks around you—will become a rosy hue.

The Dolomites are strange, rocky pinnacles that jut straight up like chimneys; they are, in fact, the otherworldly pinnacles that Leonardo depicted in the background of his Mona Lisa. In spite of this incredible beauty, the vast mountainous domain of northeastern Italy has remained relatively undeveloped. Below the peaks, rivers meander through valleys dotted with peaceful villages, while pristine lakes are protected by picture-book castles. In the most secluded Dolomite vales, unique cultures have flourished: the Ladin language, an offshoot of Latin still spoken in the Val Gardena and Val di Fassa, owes its unlikely survival to centuries of topographic isolation.

The more accessible parts of Trentino–Alto Adige, on the other hand, have a history of near-constant intermingling of cultures. The region's Adige and Isarco valleys make up the main access route between Italy and Central Europe, and as a result, the language, cuisine, and architecture are a blend of north and south. The province of Trentino is largely Italian-speaking, but Alto Adige is predominantly Germanic: until World War I the area was Austria's Südtirol. As you move north toward the famed Brenner Pass—through the prosperous valley towns of Rovereto, Trento, and Bolzano—the Teutonic influence is increasingly dominant; by the time you reach Bressanone, it's hard to believe you're in Italy at all.

Recommended Things to Do in The DolomitesSEE ALL 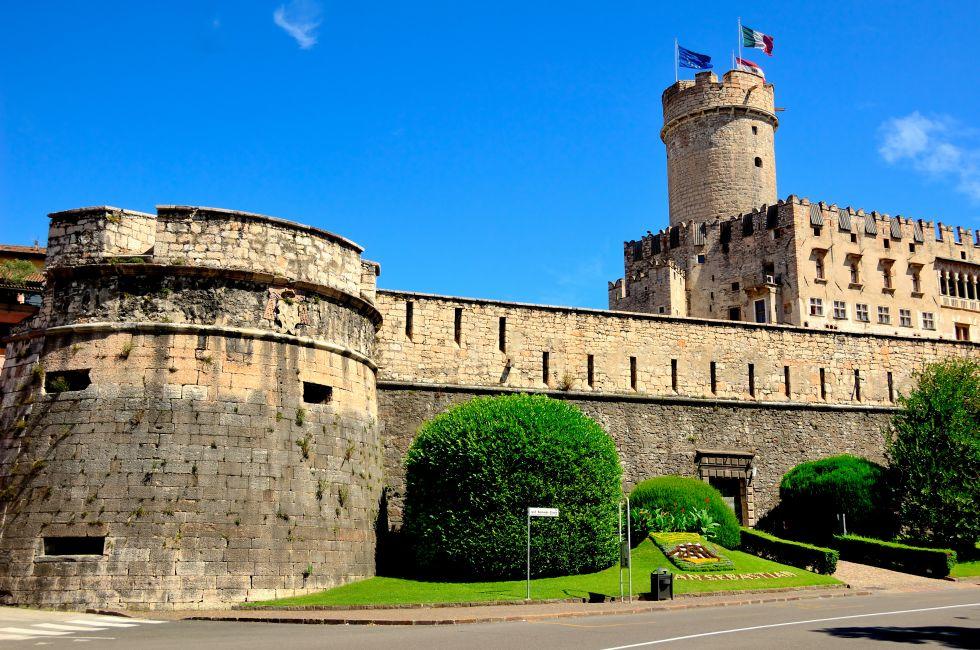 Find the perfect tours and activities in The Dolomites.

Recommended Hotels in The Dolomites SEE ALL

Recommended Restaurants in The Dolomites SEE ALL

Find the best food tours and activities in The Dolomites. 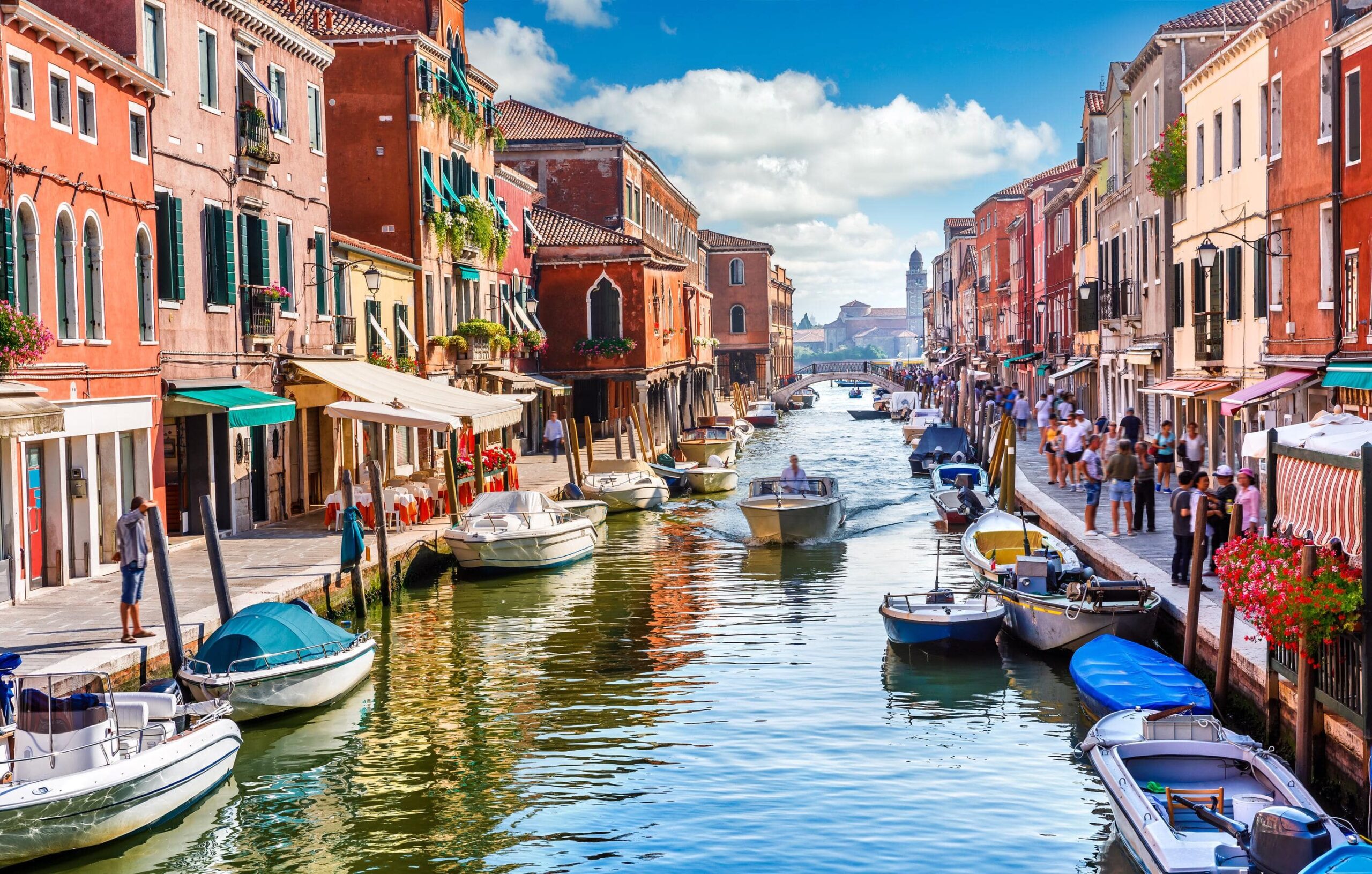 Huh? What Do These Italian Idioms Even Mean?
The difference between knowing a language and speaking it as a native speaker is being able to master the idioms. 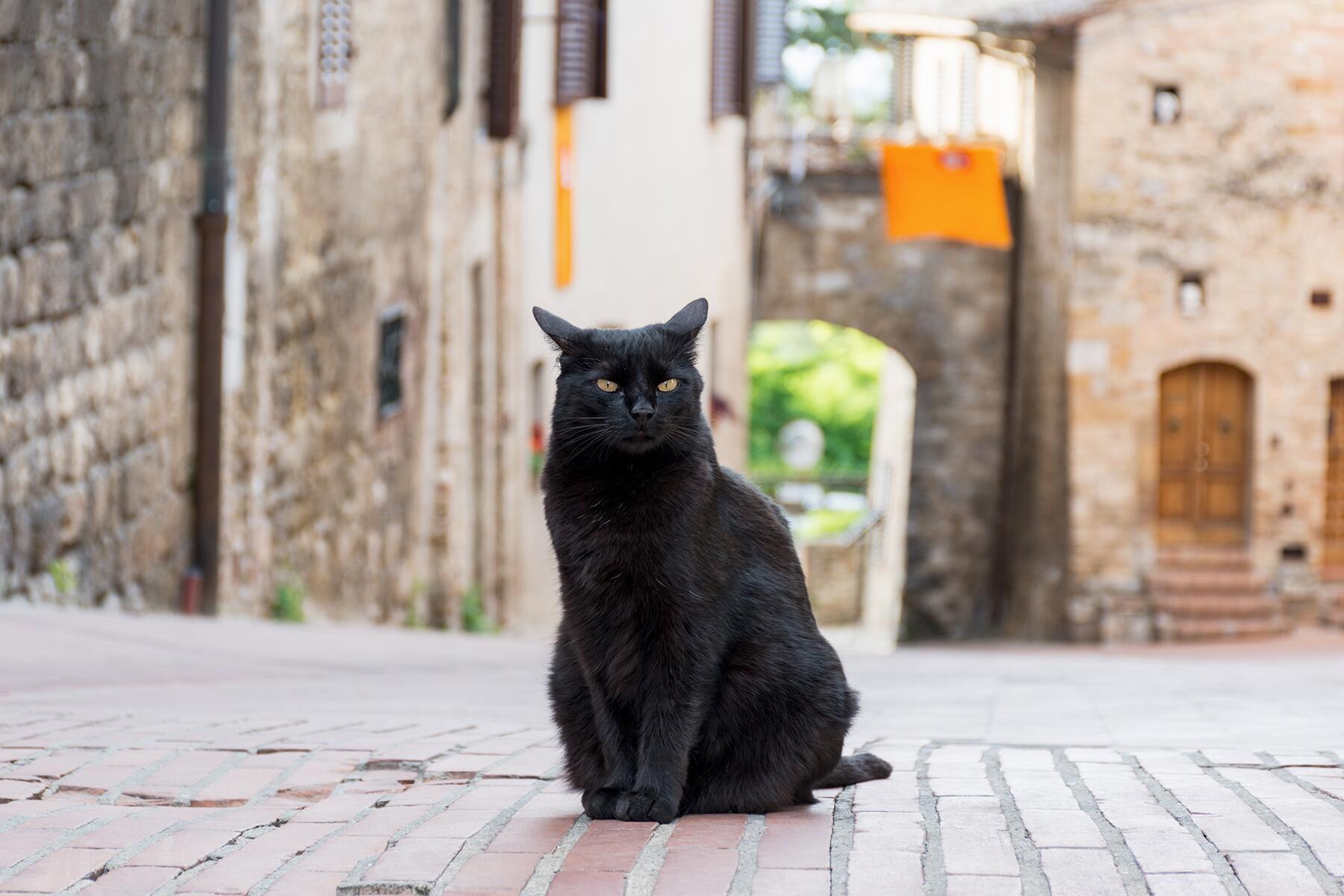 10 Ways to Jinx Yourself in Italy (and the One Way to Reverse It)
Whatever you do, don’t sleep with your feet toward the door, don’t light a scented candle inside your home, and don’t spill that olive oil! 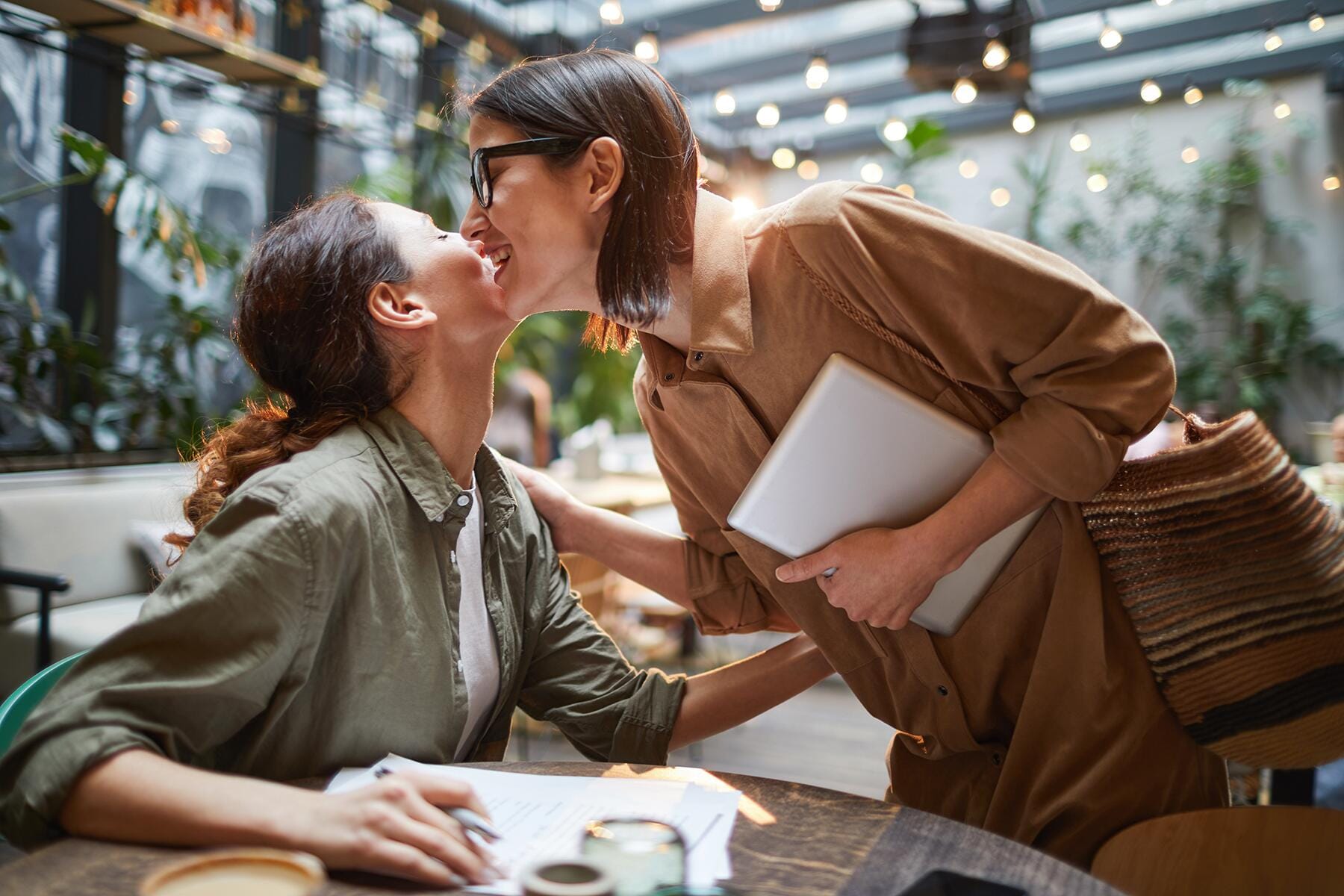 Will the Cheek Kiss Come Back to Italy?
When the COVID-19 dust settles and social distancing rules have relaxed, will Italy’s iconic greeting of a kiss on each cheek make a full recovery? 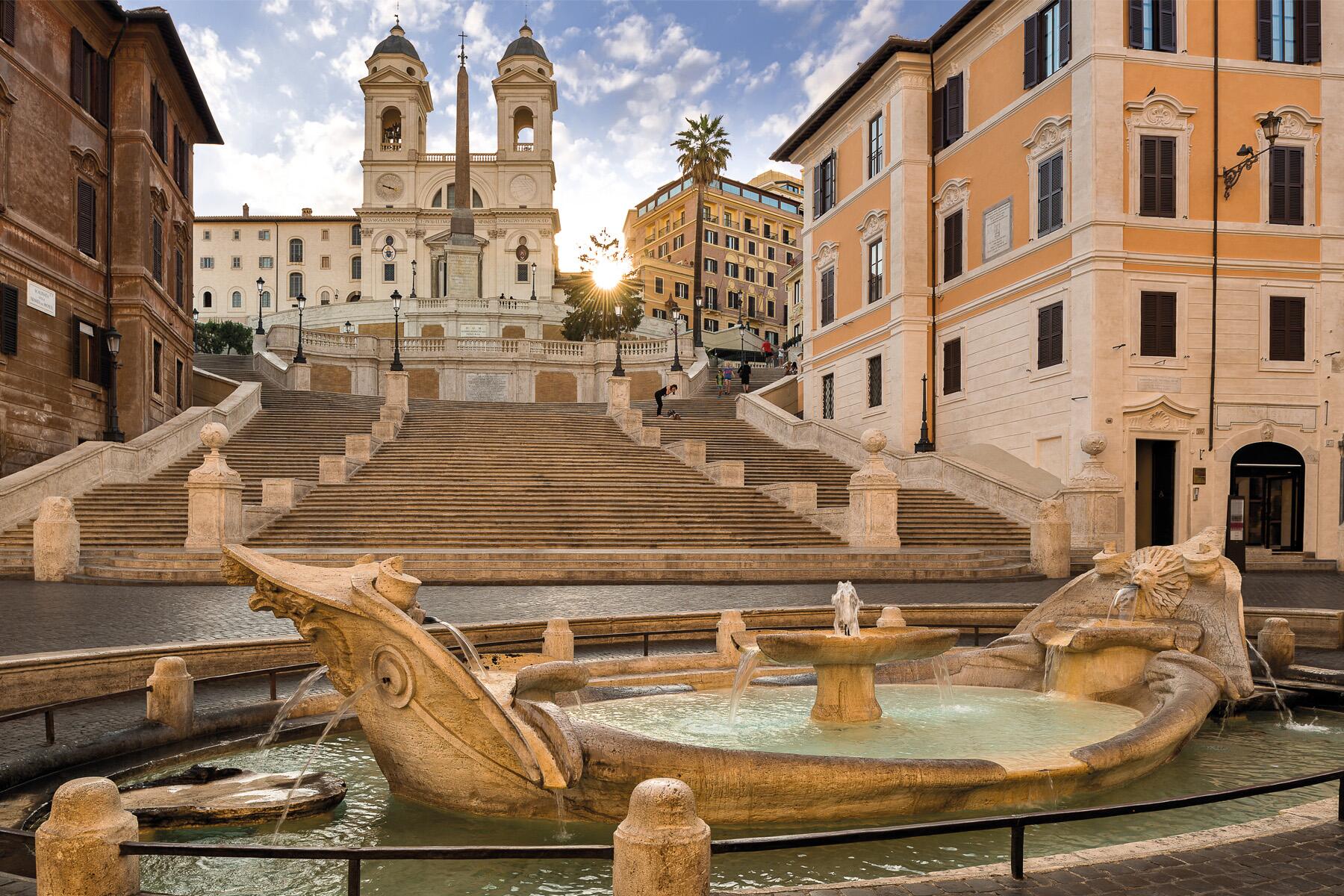 The Owner of One of the Most Famous Hotels in Italy on Rome After Lockdown
It’s the first time the hotel has ever closed for an extended period in its long and illustrious history. 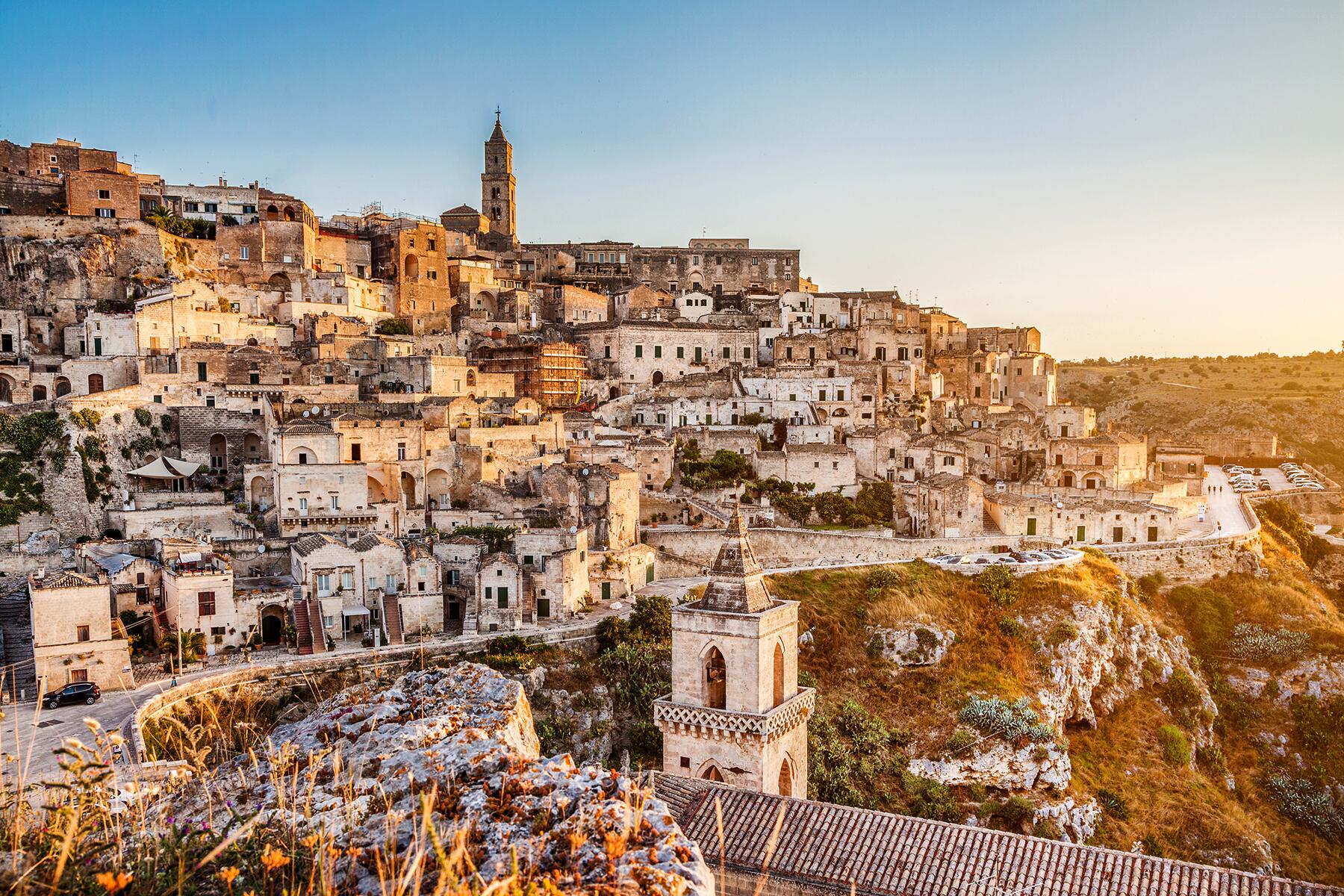 Ultimate Italy: The 50 Things You Have to Do Before You Die
Jam-packed with amazing things to see, eat, and drink, experiencing Italy in its full requires time, a sense of adventure, a quick brush-up on your Italian, and an appetite.