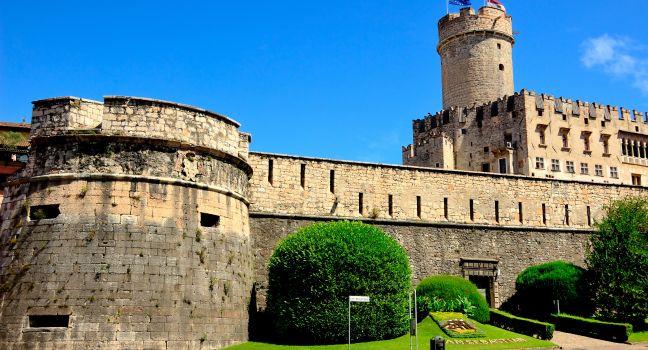 The position and size of this stronghold of the prince-bishops made it easier to defend than the Palazzo Pretorio. Look for the evolution of architectural styles: the medieval fortifications of the Castelvecchio section (on the far left) were built in the 13th century; the fancier Renaissance Magno Palazzo section (on the far right) wasn't completed until 300 years later. The 13th-century Torre dell'Aquila (Eagle's Tower) is home to the castle's artistic highlight, a 15th-century ciclo dei mesi (cycle of the months). The four-wall fresco is full of charming and detailed scenes of medieval life in both court and countryside.