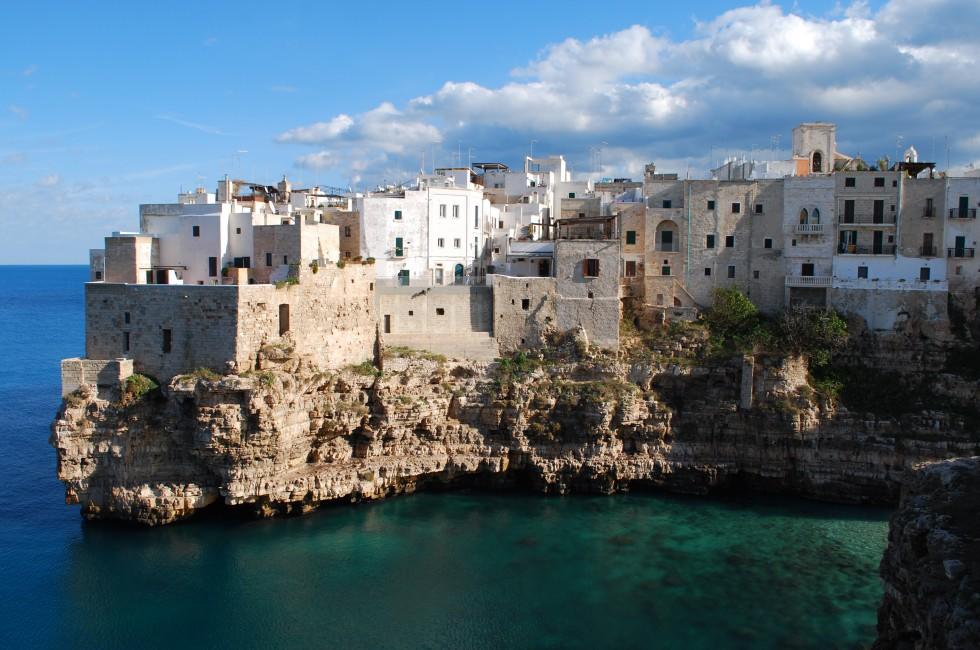 Venture off the traffic-filled highways and explore the countryside of Italy’s boot, made up of the three separate regions—Puglia, Basilicata, and Calabria—each one with its own character. This is Italy's deep south, where whitewashed buildings stand silently over three turquoise seas, castles guard medieval alleyways, and grandmothers dry their handmade orecchiette, the most Puglian of pastas, in the midafternoon heat.

At every turn, these three regions boast dramatic scenery. Geographical divides have preserved an astonishing cultural and linguistic diversity that's unequaled elsewhere on the Italian mainland. Southern Italians are extremely proud of their hometowns and will gladly direct you to some forgotten local chapel in an olive grove, an unmarked monument, or an obscure work of art. The Greek city-states of Magna Graecia (Greater Greece) once ruled here, and ancient names, such as Lucania, are still commonly used. It's here also that you’ll find long-isolated hill communities where Albanian and Greek are still spoken by the descendants of 16th-century refugees from the Balkans.

One of southern Italy's most popular vacation destinations is the Gargano Promontory, where safe sandy shores and secluded coves are nestled between whitewashed coastal towns and craggy limestone cliffs. You’ll also find many beautiful stretches of sandy beaches along the coast of the Salento Peninsula and the Mediterranean shoreline of Calabria and Basilicata. There are cultural gems everywhere, including Valle d'Itria's fairy-tale trulli, Matera's Sassi (a network of ancient dwellings carved out of rock), and the Baroque churches in the town of Lecce, the jewel of the south. Beyond the cities, seaside resorts, and the few major sights, there's a sparsely populated, sunbaked countryside where road signs are rare and expanses of silvery olive trees, vineyards of primitivo and aglianico, and giant prickly pear cacti fight their way through the rocky soil in defiance of the relentless summer heat. 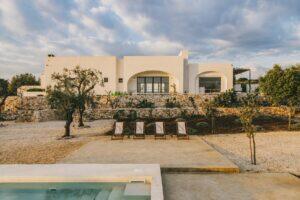 Recommended Things to Do in Puglia, Basilicata, and CalabriaSEE ALL

Find the perfect tours and activities in Puglia, Basilicata, and Calabria. 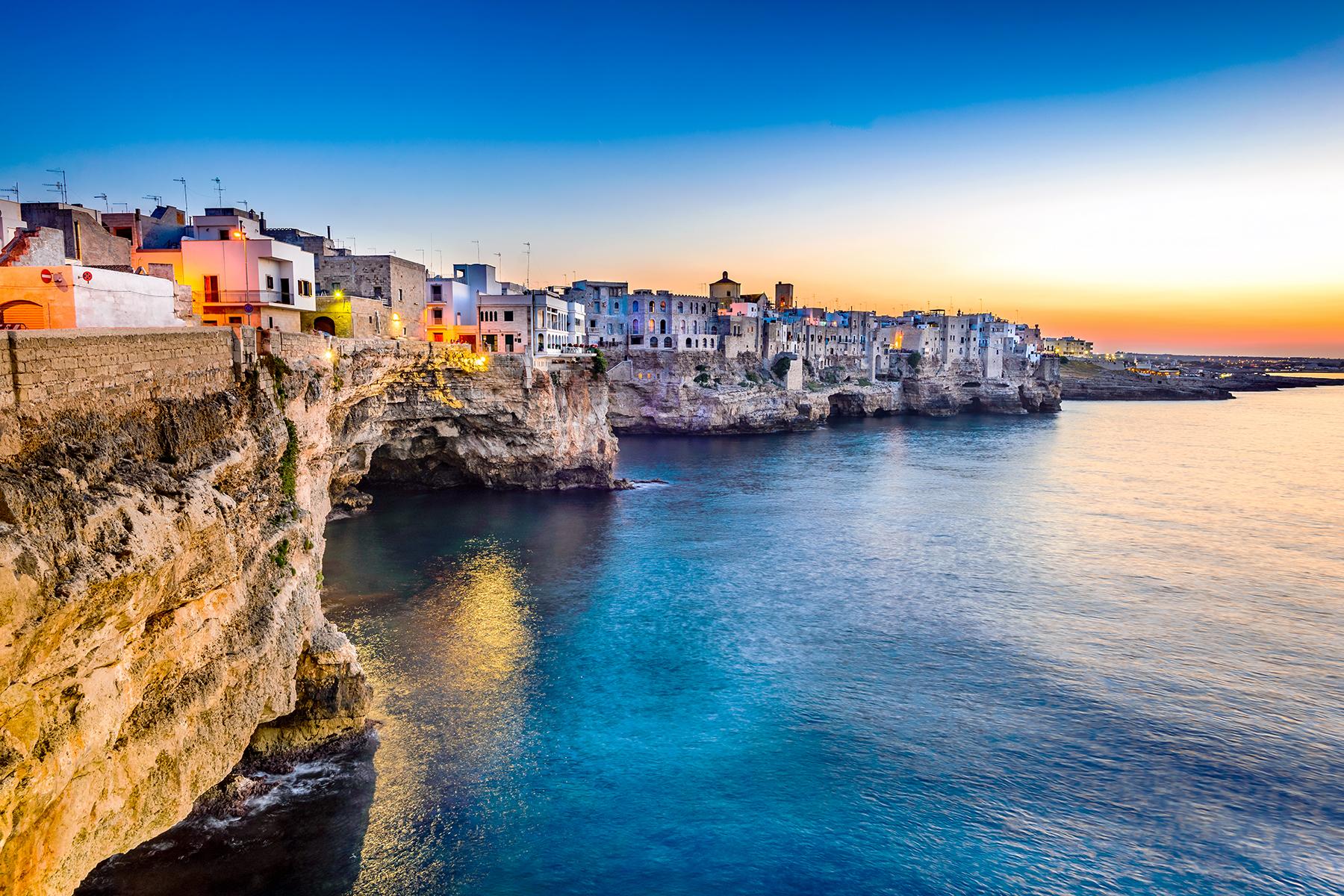 If You’re Going to Puglia, Please Don’t Miss the Trulli

Recommended Hotels in Puglia, Basilicata, and Calabria SEE ALL 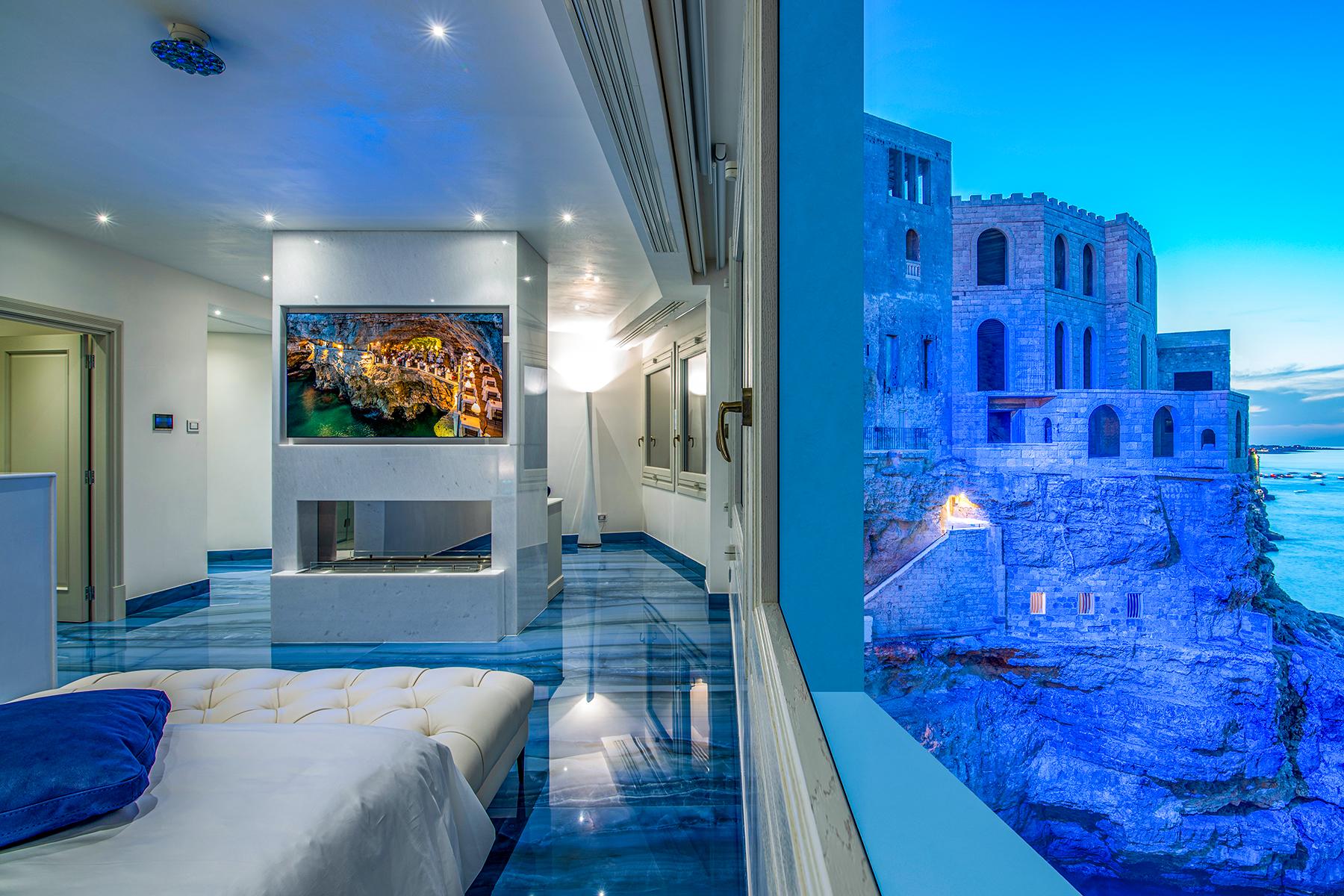 Recommended Restaurants in Puglia, Basilicata, and Calabria SEE ALL

Find the best food tours and activities in Puglia, Basilicata, and Calabria.

This Region of Italy Is Home to Some Incredibly Unique Places to Stay
From glamping near the battlefields of Gallipoli to waking up in a medieval castle, you’ll find plenty of unusual accommodations in this magical region at the heel of Italy’s boot. 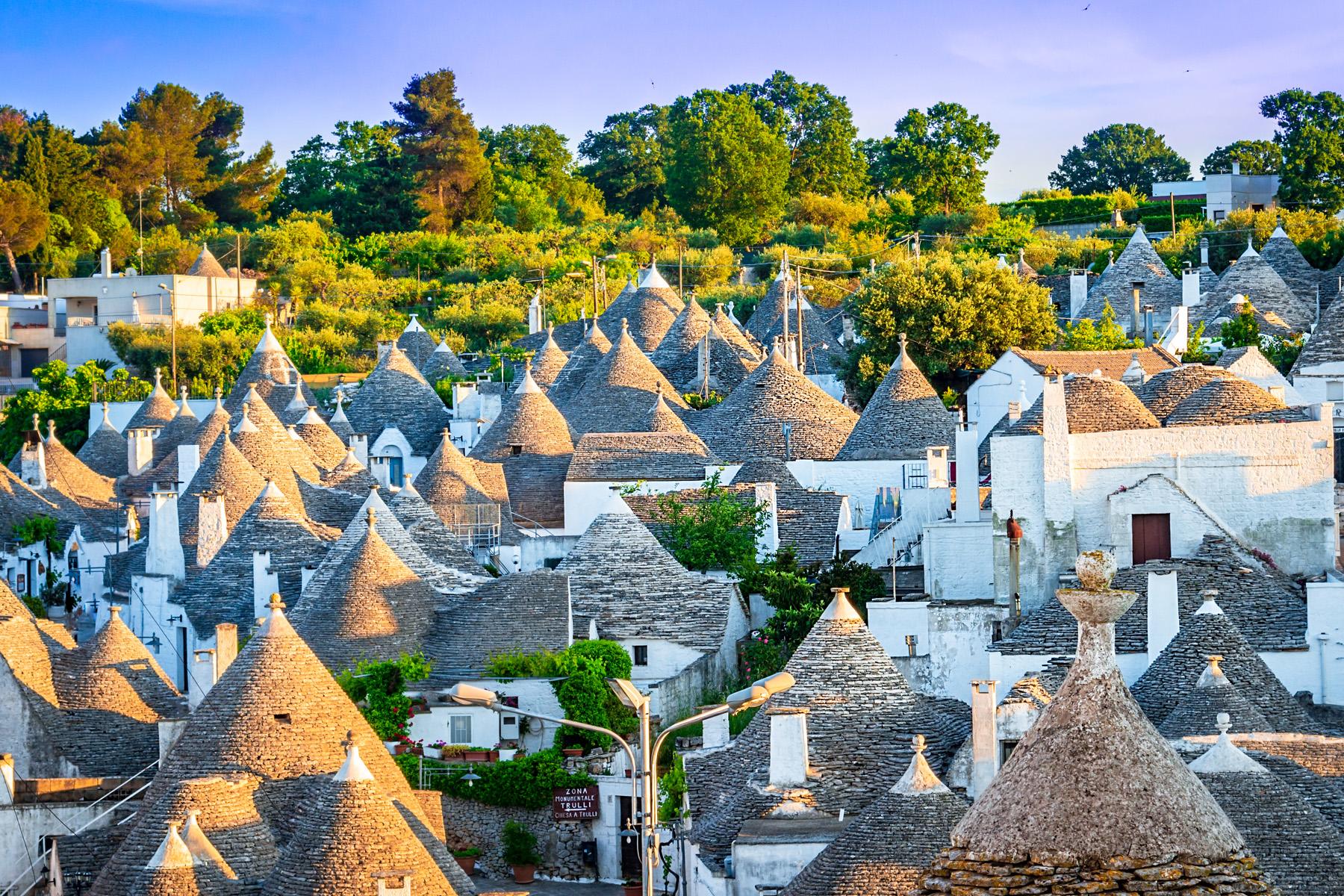 If You’re Going to Puglia, Please Don’t Miss the Trulli
Far from the shadows of the Colosseum and Italy’s other famous sites lies a land of gently rolling hills, fields of olive trees, and round white houses that look like something out of a fairy tale.