Go beyond Tallinn’s old town and get to know the city’s full story.

Walking around Tallinn’s beautiful old town is wonderful, but the city offers lessons in resilience that we can all learn from if we explore just a little more. For over five decades, Estonia was occupied, largely by the Soviet Union and briefly by Nazi Germany. Tallinn offers an exciting opportunity to explore how national suffering can be overcome, as the city has blossomed into a vibrant place to live and visit. Take a walk—and a couple tram rides—through the city to get to know its past and present.

Maarjamäe Palace hosts a new branch of the Estonian History Museum. History isn’t solely contained to the indoor exhibits, however. Go to the back of the main building to find a graveyard of Soviet-era statues. Now relegated to a museum exhibit and in various states of neglect, these statues used to be an omnipresent reminder of who controlled Estonia, which was annexed by the Soviet Union in 1940—only 22 years after gaining independence. 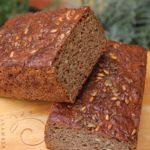 Remember the Past at Maarjamäe War Memorial

It is estimated that 25 percent of Estonians lost their lives in World War II due to the Holocaust, the violence of the war, and deportations by both the Soviets and the Germans. In 1960, an obelisk was erected at this site to commemorate Soviet soldiers who died in the 1918 war against Estonia, which had declared independence. In 1975, the site was expanded to memorialize Red Army soldiers who died in World War II. This memorial is a great example of Soviet monumentalism.

INSIDER TIPDon’t miss the cemetery for German soldiers that is also onsite.

The notorious Soviet secret police, the KGB, made their Estonian headquarters in downtown Tallinn. In 1941, they built cells in the basement of their building to house and interrogate prisoners. This building now serves as a reminder of the terror to this day. It is possible to visit the cells through The Museum of Occupations, which has opened them as an exhibit. The rest of the building now serves as private residences.

INSIDER TIPPre-booking is required for a guided tour into the prison cells.

Hotel Viru was the first high-rise built in Estonia. It opened in 1972 to host foreign visitors. On the 23rd floor, the KGB secretly settled in to spy on hotel guests as well as eavesdrop on passing ships and radio signals coming from Helsinki, which were picked up by antennae on the roof. After the Soviet Union collapsed, the floor was sealed off for decades before being opened to visitors. Here, you can see the KGB rooms as they were left by departing officers, providing a valuable glimpse into the Soviet surveillance apparatus. Tours are available in both English and Finnish, and they must be booked ahead of time. 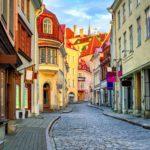 This venue was built to support the 1980 Summer Olympics and was originally named the V. I. Lenin Palace of Culture and Sport. Now, it is a strange and run-down building that is largely abandoned, though it does have a helipad and one of the ferry lines to Helsinki has its dock here. Despite Linnahall’s disrepair, it is a popular spot for hanging out and watching the sea from the graffiti-covered stairs and roof.

Walk Around a Soviet Neighborhood

A subdistrict in the west of Tallinn, Väike-Õismäe is an example of a planned Soviet neighborhood. The concrete apartment buildings are a far cry from the cute architecture of Tallinn’s old town, but such buildings represent a significant portion of residences in Estonia and other areas of the former Soviet Union. On the ground, one can get a feel for the typical Soviet neighborhood. Viewed from above, Väike-Õismäe forms a circle around a small lake, a testament to the aesthetics of Soviet city planning.

On the morning of August 21, 1991, following Estonia’s declaration of independence from the Soviet Union, Soviet troops attempted to take over the Tallinn TV Tower. They were foiled by people defending the tower and its communication with the outside world. The defenders disabled the elevator, forcing the Soviet troops to climb the tower by foot, which bought Estonia time as the putsch failed. Now, visitors can check out the tower’s observation deck. This is the tallest building in Estonia so it offers an impressive view: on a clear day, it is possible to see all the way to Finland!

Contemplate Conflict at The Bronze Soldier

This statue was built to honor Soviet soldiers who died in World War II and was called the “Monument to the Liberators of Tallinn.” To some Russians in Estonia, it represents a memorial to those who fell in the war. To many Estonians, however, it is a symbol of Soviet occupation. In 2007, the statue was relocated from the city center to the Defense Forces Cemetery. This sparked protests, which resulted in a man being stabbed to death and spurred retaliatory cyber-attacks against Estonia over the following weeks, disrupting banking, government, and media. As such, this statue is a reminder of divides that have not been laid fully to rest.

Enjoy Freedom on the Square

Freedom Square, a grand space next to the old town, is a great spot for hanging out, but there’s more to it than that: this square is a significant marker of Estonian freedom. A cross-topped column commemorates Estonia’s war for independence from 1918-1920. In 1989, the square also hosted part of the Baltic Chain, one of the world’s largest acts of peaceful protest. On August 23, some two million people, stretching from Vilnius, Lithuania, through Latvia, to Tallinn joined hands to protest Soviet rule. Just seven months later, Lithuania was the first Baltic state to declare its independence from the Soviet Union. Baltic Way holds an important place in history and is commemorated to this day. It even has its own song!

INSIDER TIPYou can find a tile with footprints commemorating Baltic Way if you climb the hill behind the Independence War Victory Column. This will also give you a great view of Freedom Square.

Get Acquainted with Tallinn’s Hip Side

Kalamaja District, located just northwest of old town, is a perfect area to wander and get a feel for residential life in Tallinn. Some of the cute wooden buildings are nearly a hundred years old; many of them were built in the 1920s and 1930s to accommodate workers. The word kalamaja, which means “fish house,” is indicative of the neighborhood’s roots. Now, this area is quite trendy and is considered Tallinn’s hipster neighborhood.

Be Inspired by Telliskivi Creative City

At the southern tip of Kalamaja and bordering the old town lies an old factory complex that is now home to a creative center—a microcosm of Tallinn’s transformation from Soviet to independently vibrant. In addition to incredible street art, the creative city hosts restaurants, art galleries, designer shops, a theater, NGO offices, studios, and more. If you’re looking for souvenirs or gifts, this is a great place to find unique and stylish items. The creative city hosts 600 events a year, so visitors should check the calendar.

Located right by the station, this recently renovated market hosts over 300 merchants selling everything from food to antiques. The market first opened in 1993 and for a while it had a shady reputation in newly capitalist Estonia. The market retained a run-down feeling until it was reconstructed, reopening in 2017. It now has a modern vibe, but the past is brought into the fold since much of the former building was retained. The market is a perfect example of how Tallinn has managed to remember the past while embracing a bright present and future and it is enjoyed by locals and tourists alike.