Estonia's most authentic dish is the best thing since sliced bread.

In Estonia, they take bread to a whole new level. Estonian rye and the bread made from it is a tradition that dates back over 1,000 years to when Estonia was the main rye exporter throughout Europe. Since then, consuming Estonian rye bread has moved beyond the idea of a reliable staple to somewhat of a sacred ritual practiced daily by its citizens. Loaves can be found on every table in the country, and each family has their own recipe and superstitions behind this dark dough.

Some of these superstitions include kissing your bread as a sign of respect after accidentally dropping it on the floor. Another quirky proverb involves bread and the marriage proposal, “Paneme leivad uhte kappi,” which loosely translates to “we should keep our bread in the same cabinet.”

Here are the best places to try Estonian rye bread, also known as leib in Tallinn. 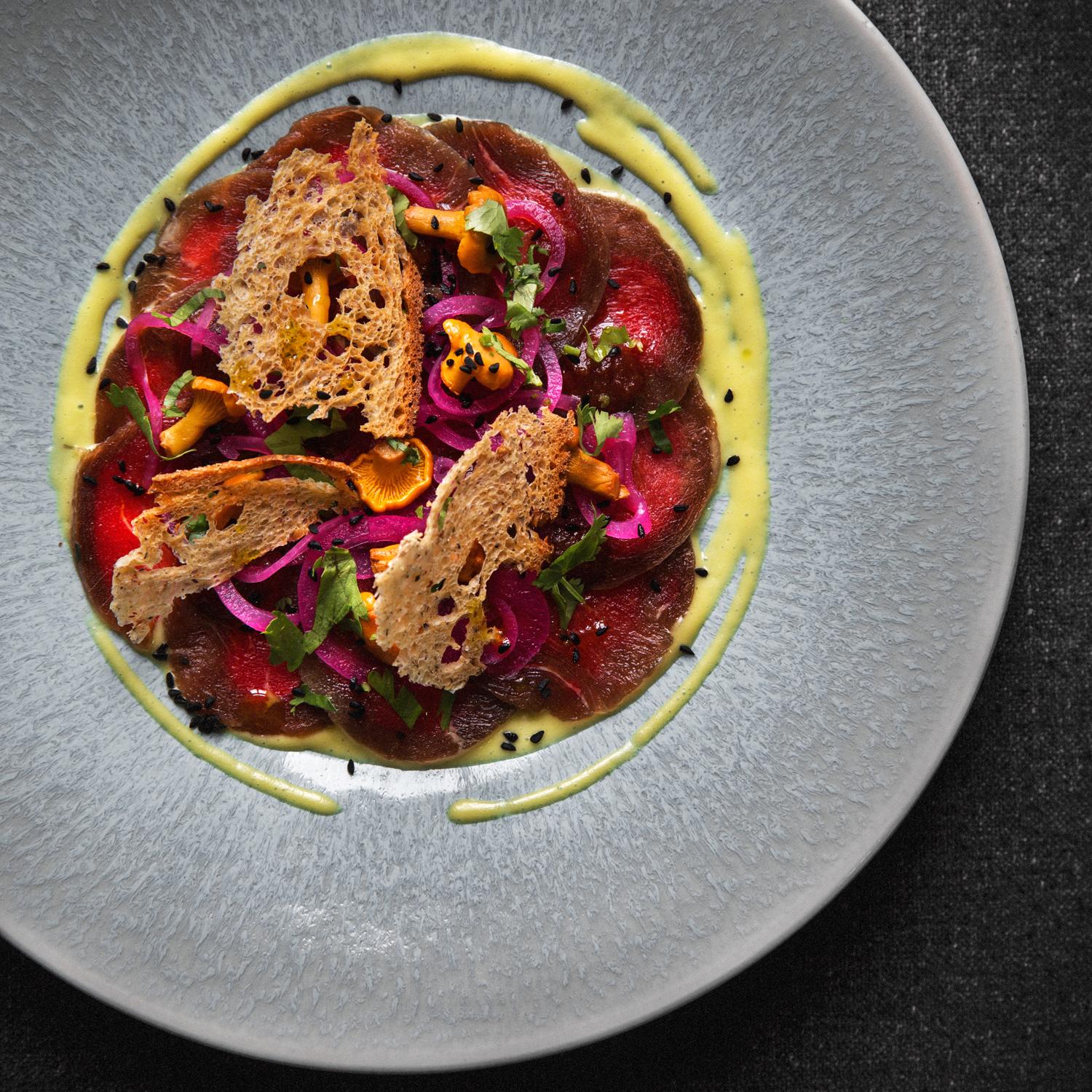 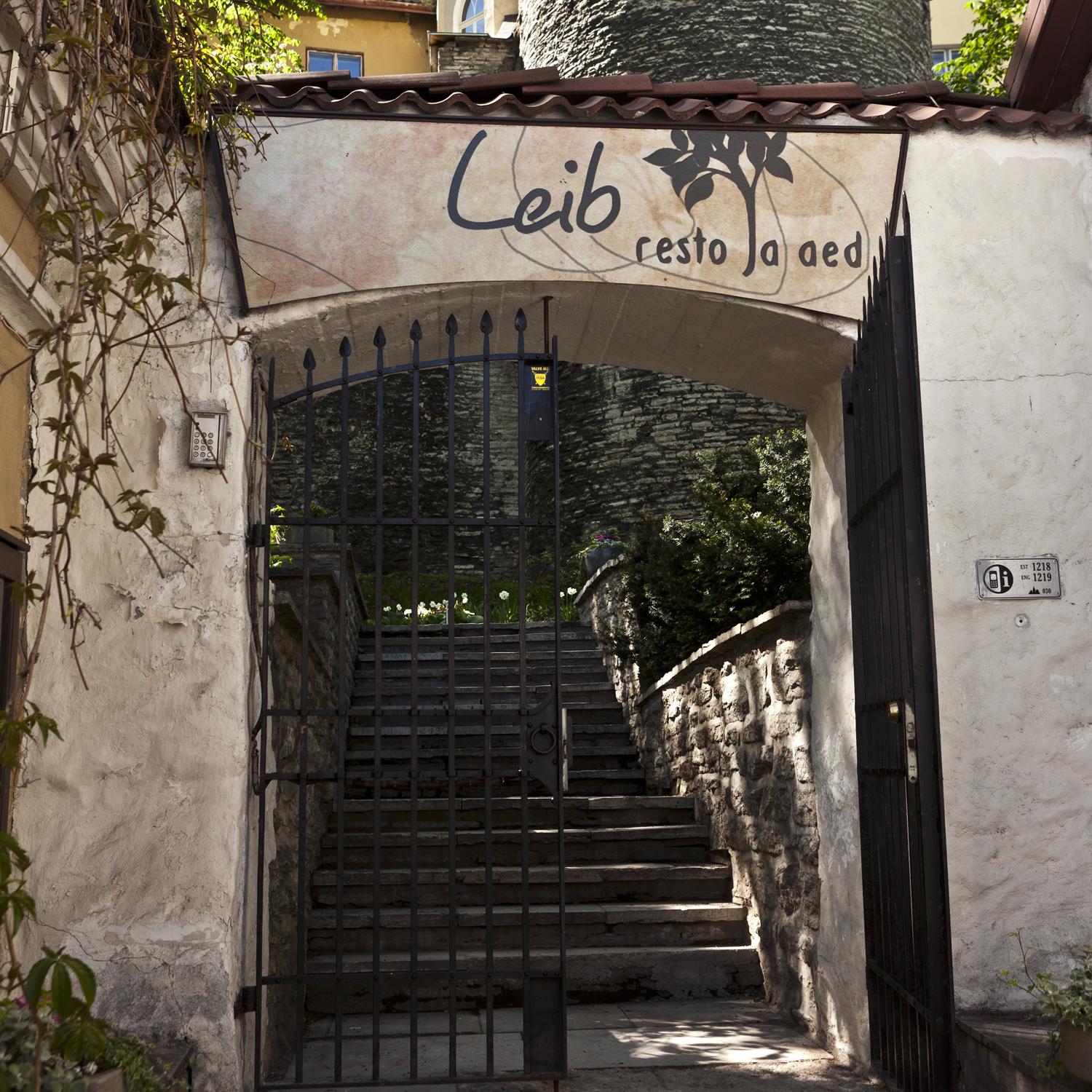 PHOTO: Restaurant Leib
Previous Next
1 OF 10

Tallinn’s premiere rye bread spot is run by two foodies who love leib so much they decided to name their restaurant after it. Leib Restoran prides themselves on their close relationship with local farmers and vendors, meaning their menu is constantly changing with the seasons. But they assure you, the thing that never changes it their one of a kind rye bread made with rare, local, Sangaste rye. Instead of yeast, the bakers use “mother,” or what is kept “alive” from the last loaf made, making it truly unique. They’ve also been known to incorporate black bread into desserts, including ice cream.

This bread baking empire focuses on the quality raw materials and handcrafted baking. Muhu has multiple locations around Estonia and several within Tallinn. Their latest location on the newly built Poordi Street serves lunch in collaboration with restaurant Puree. It’s also a popular bakery, so you can take several loaves home with you after you’ve had your fill.

INSIDER TIPArrive early to try some warm black bread straight from the oven.

A modest bakery, Kalamaja is a local favorite in the Arsenal Centre of the city. Come in for a strong cup of coffee in the morning and a fresh rye loaf for breakfast and sit in one of their quirky, mismatched chairs while you watch the locals file in and out for daily bread. In line with Estonian tradition, a few of them may be picking up a loaf as a customary housewarming gift.

Named after the street and number it occupies, this restaurant serves hearty traditional leib on a wooden plank with a healthy side of soft, whipped butter. Rye bread also goes well with any of their house-made soups.

INSIDER TIPDon’t be afraid to ask for more–it is encouraged to eat at least two pieces. 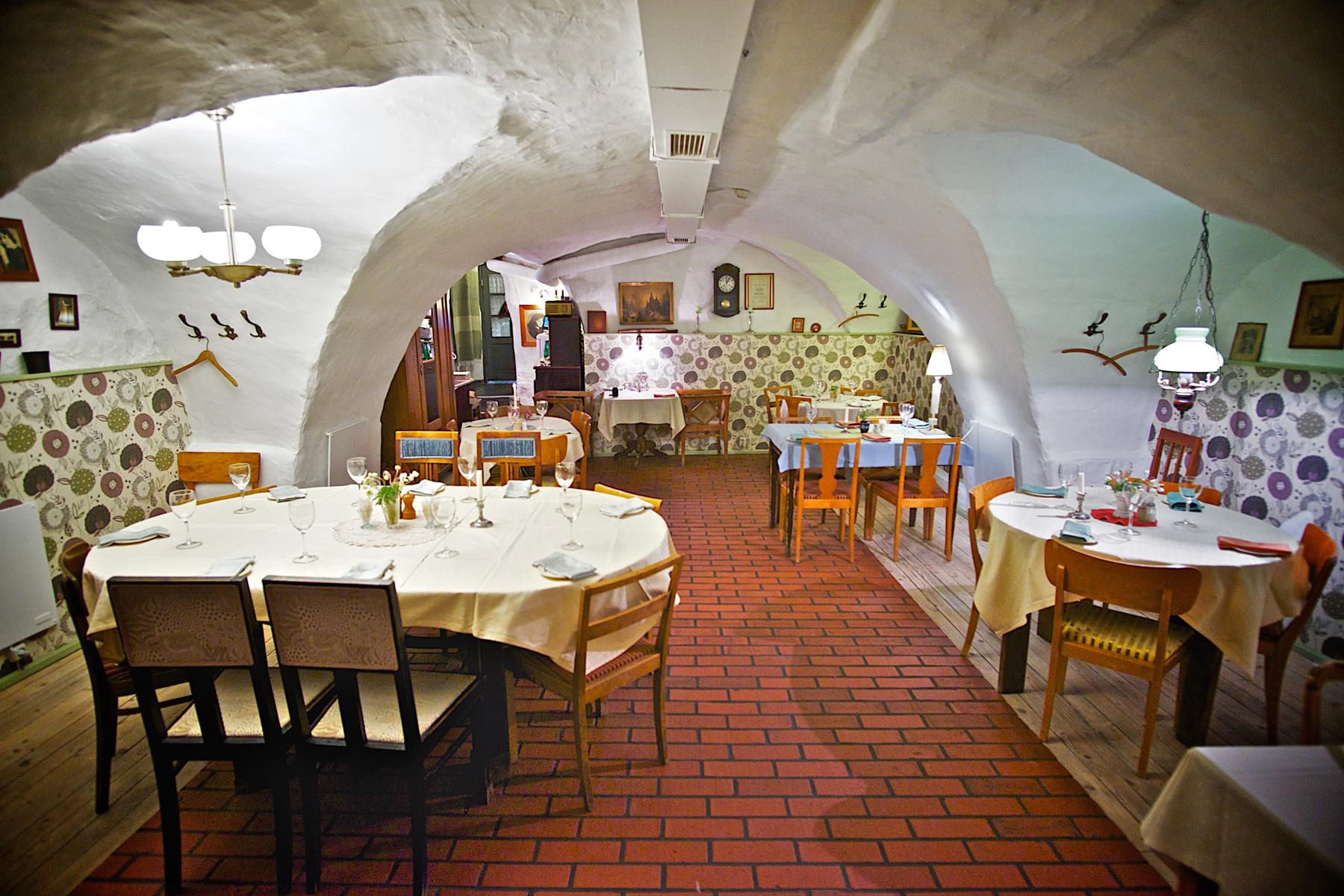 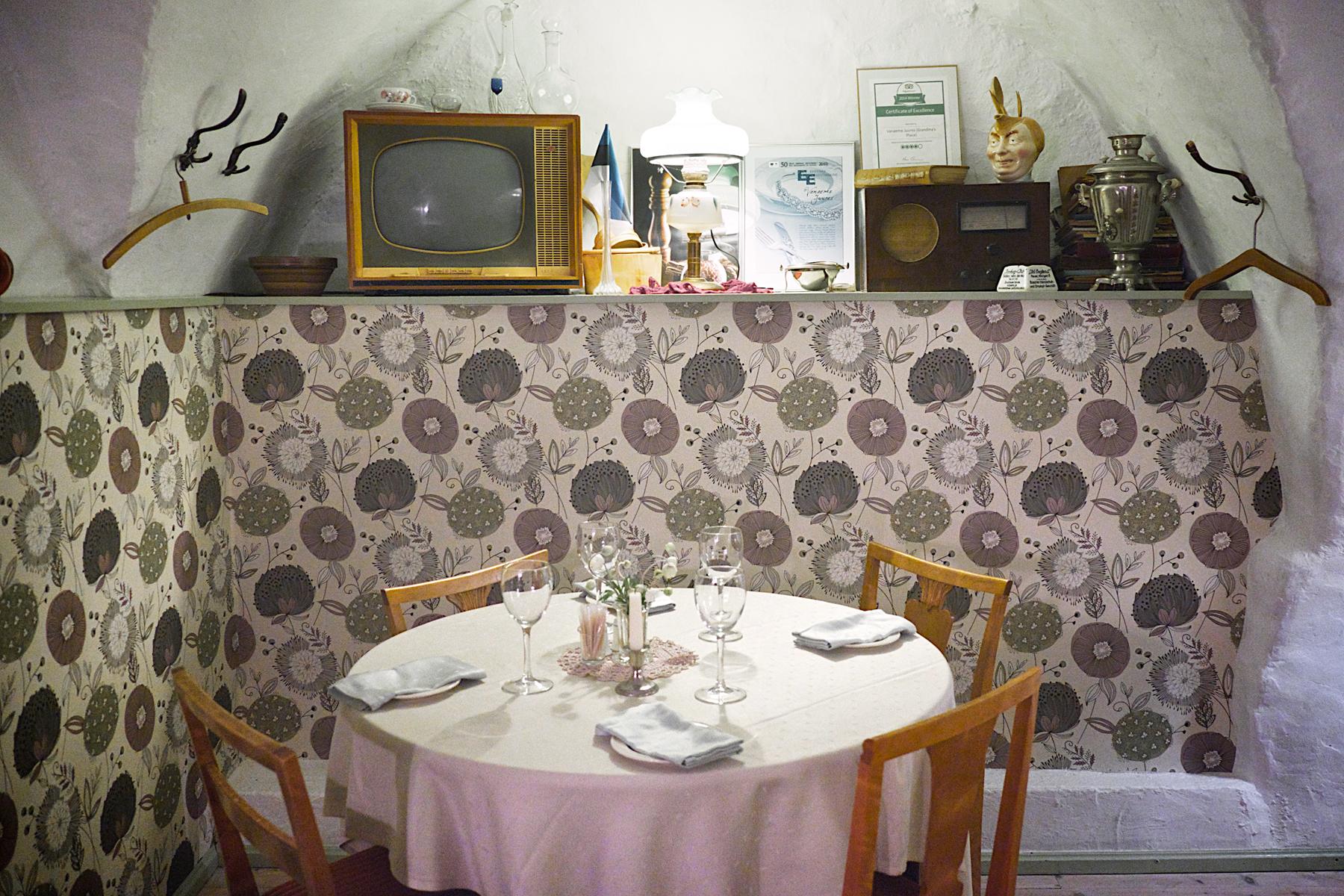 This restaurant loosely translates to Grandma’s Place, and the ambiance and interior will certainly bring back some childhood memories of a visit to grandma’s. Known throughout the city for serving traditional Estonian dishes, you can bet they’ll be serving up a mean traditional Estonian rye bread to start off the meal. 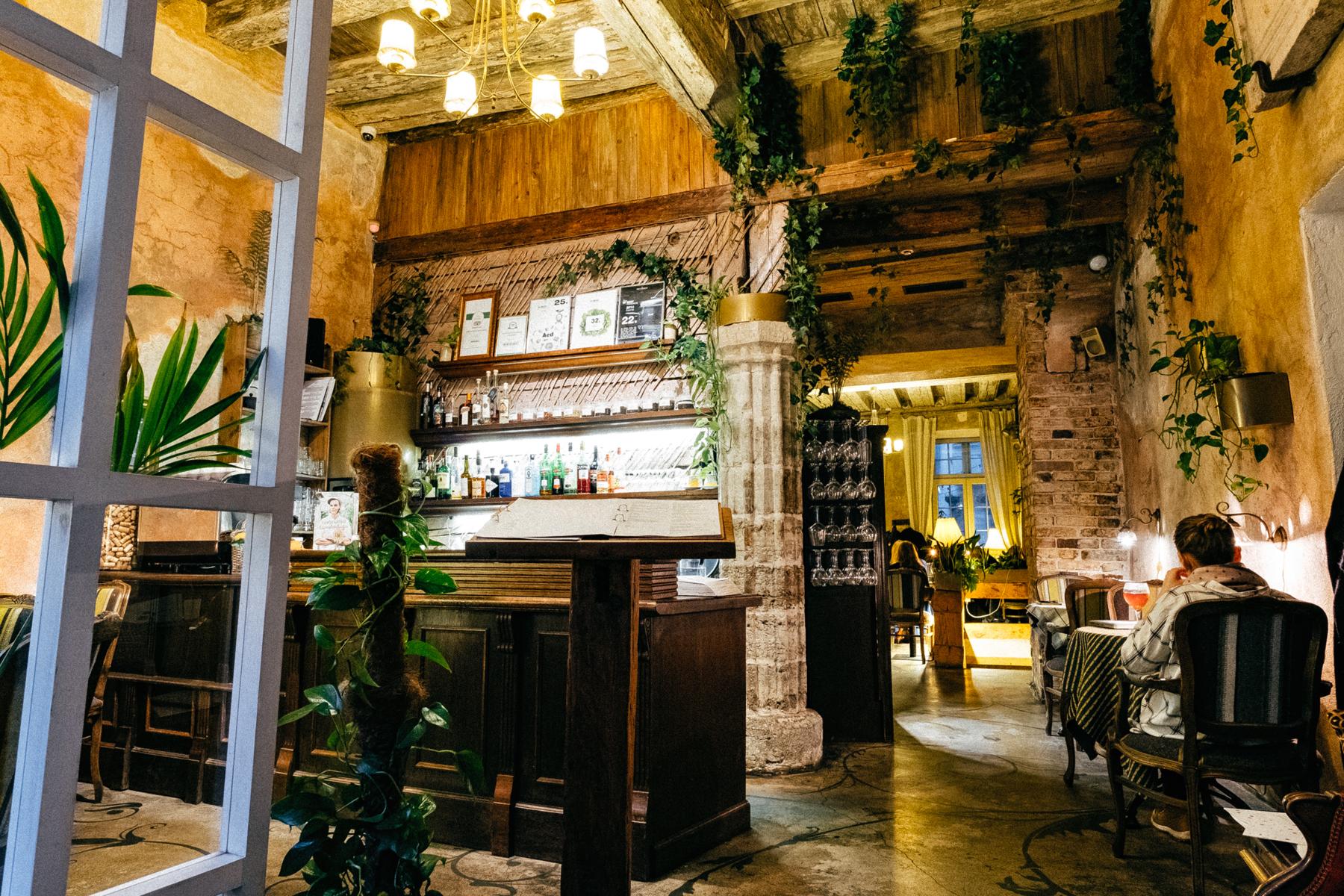 In a prime location in Tallinn’s Old Town, this vegan-friendly restaurant also brings out a classic rye bread on a wooden blank with butter to slather it and coarse salt to sprinkle on top.

INSIDER TIPSnag a seat on their limited outdoor patio for prime people watching—when the weather is right. 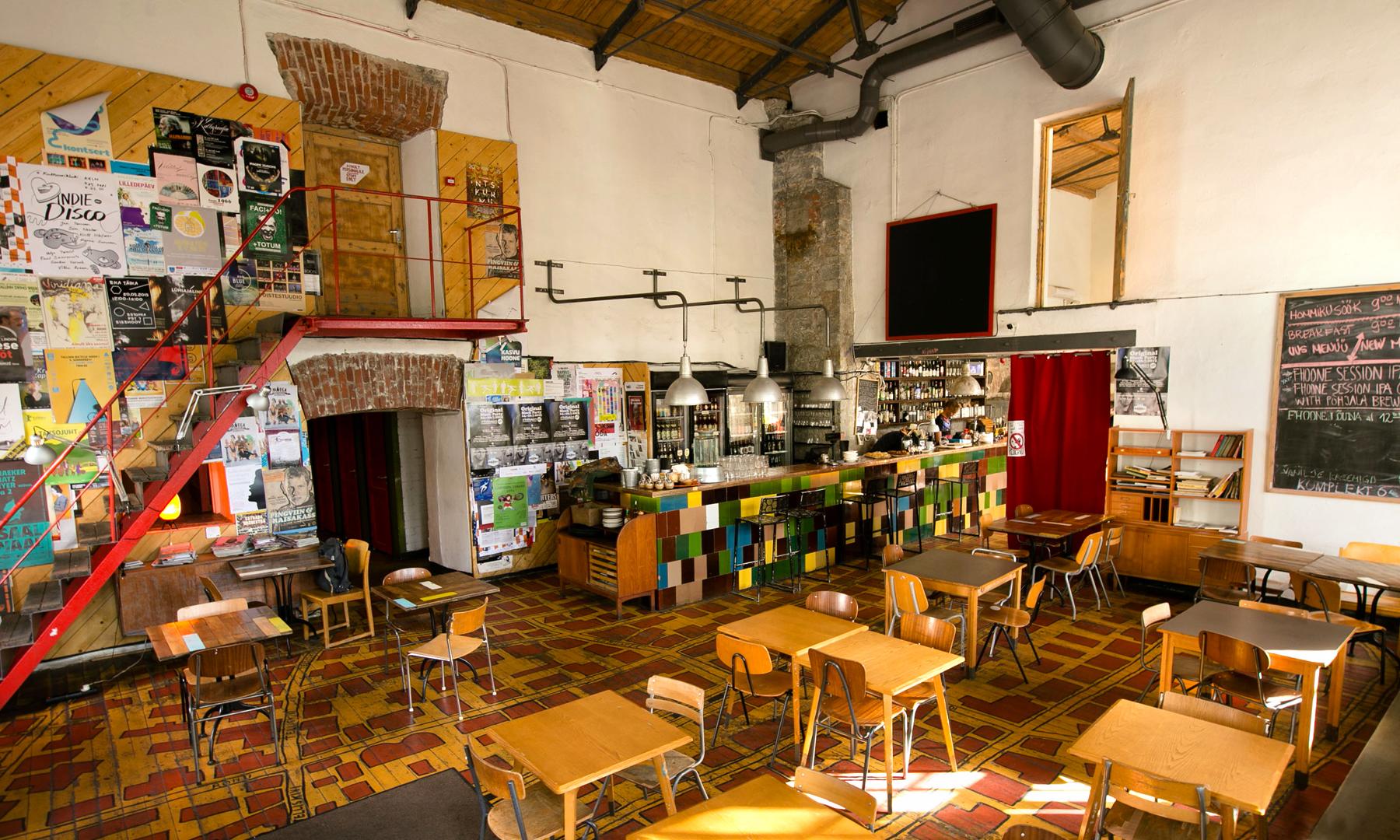 F-Hoone is one of the more modern, industrial chic restaurants in town located inside the city’s hip Creative City. Here you can sample Muhu rye bread on a platter for two with several varieties of meat and cheese paired with pickled veggies, jam, hummus, and mustard or with their steak tartare. 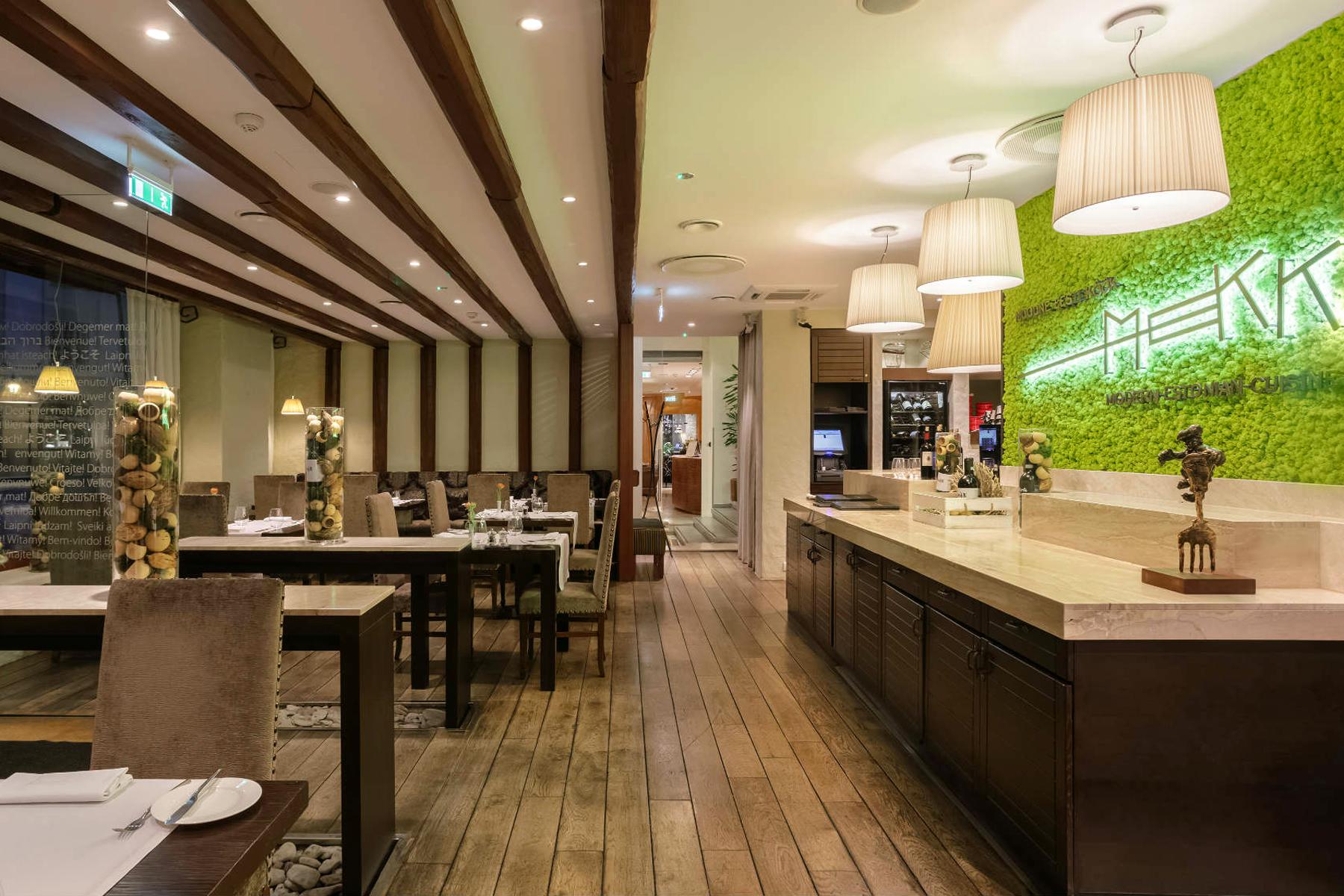 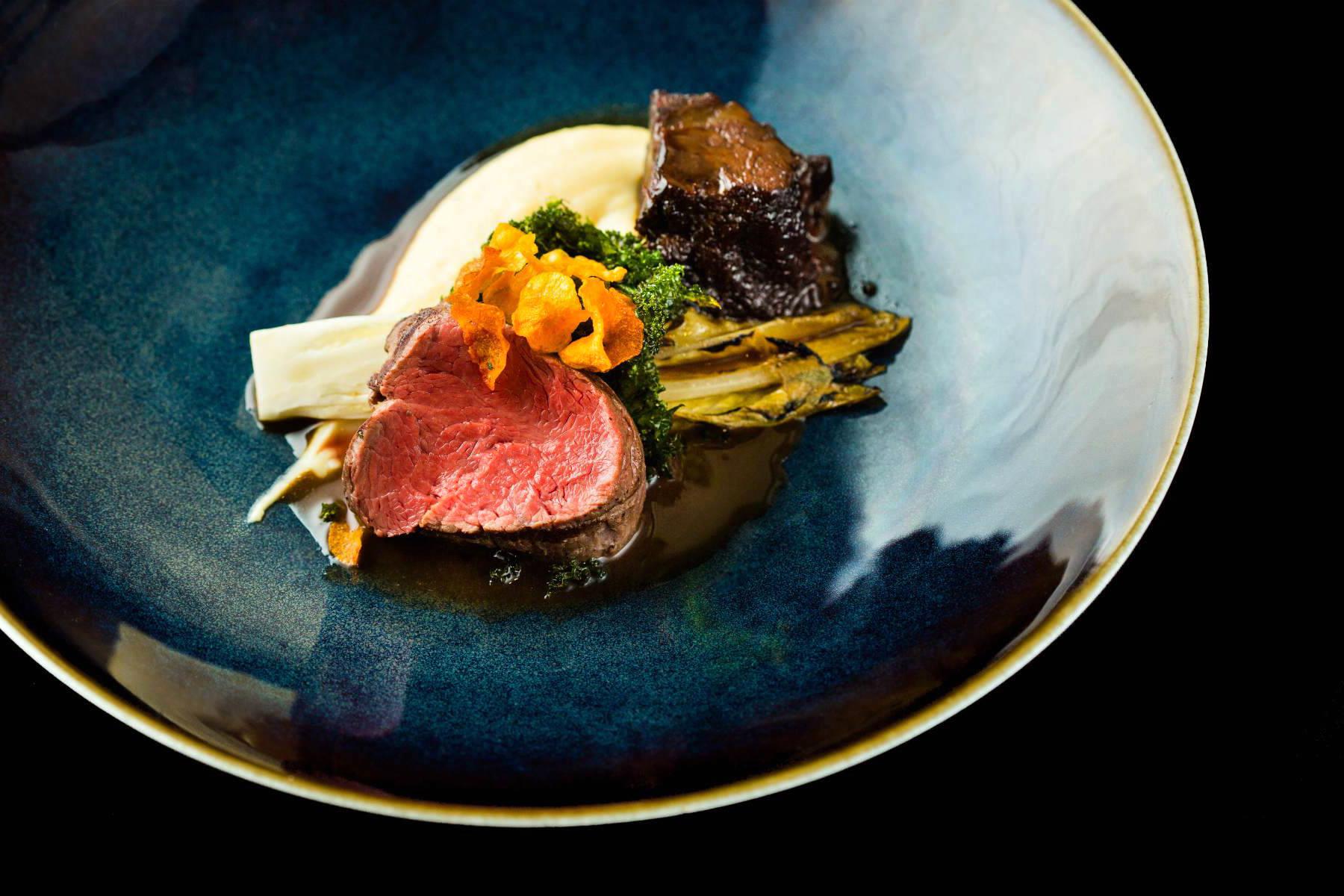 This cozy restaurant cooks up modern Estonian cuisine in an upscale, rustic dining room. Just because its modern doesn’t mean they ditch the leib. In fact, they keep it old school by baking their bread in-house with seeds and serving it will local butter and salt flakes on top. 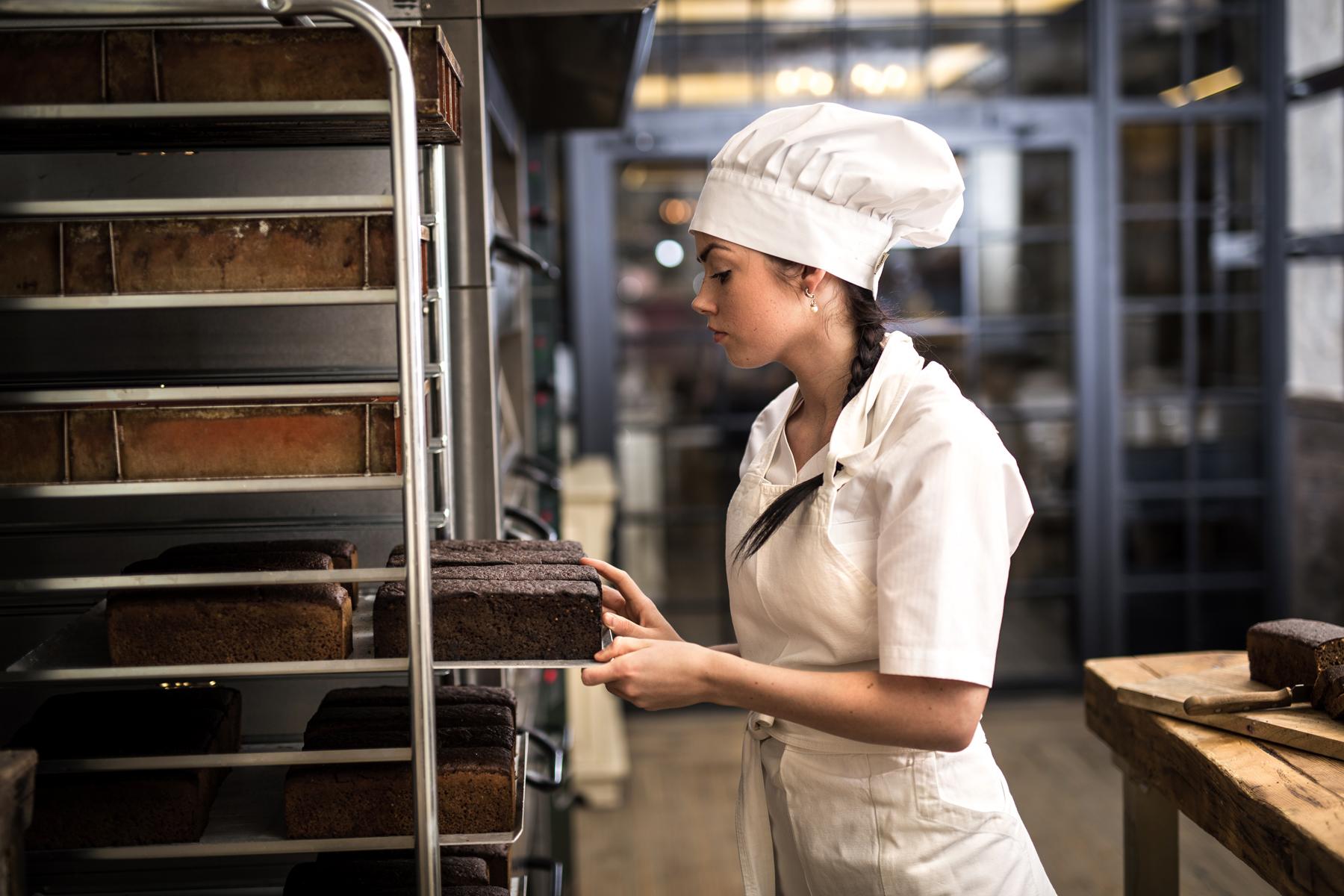 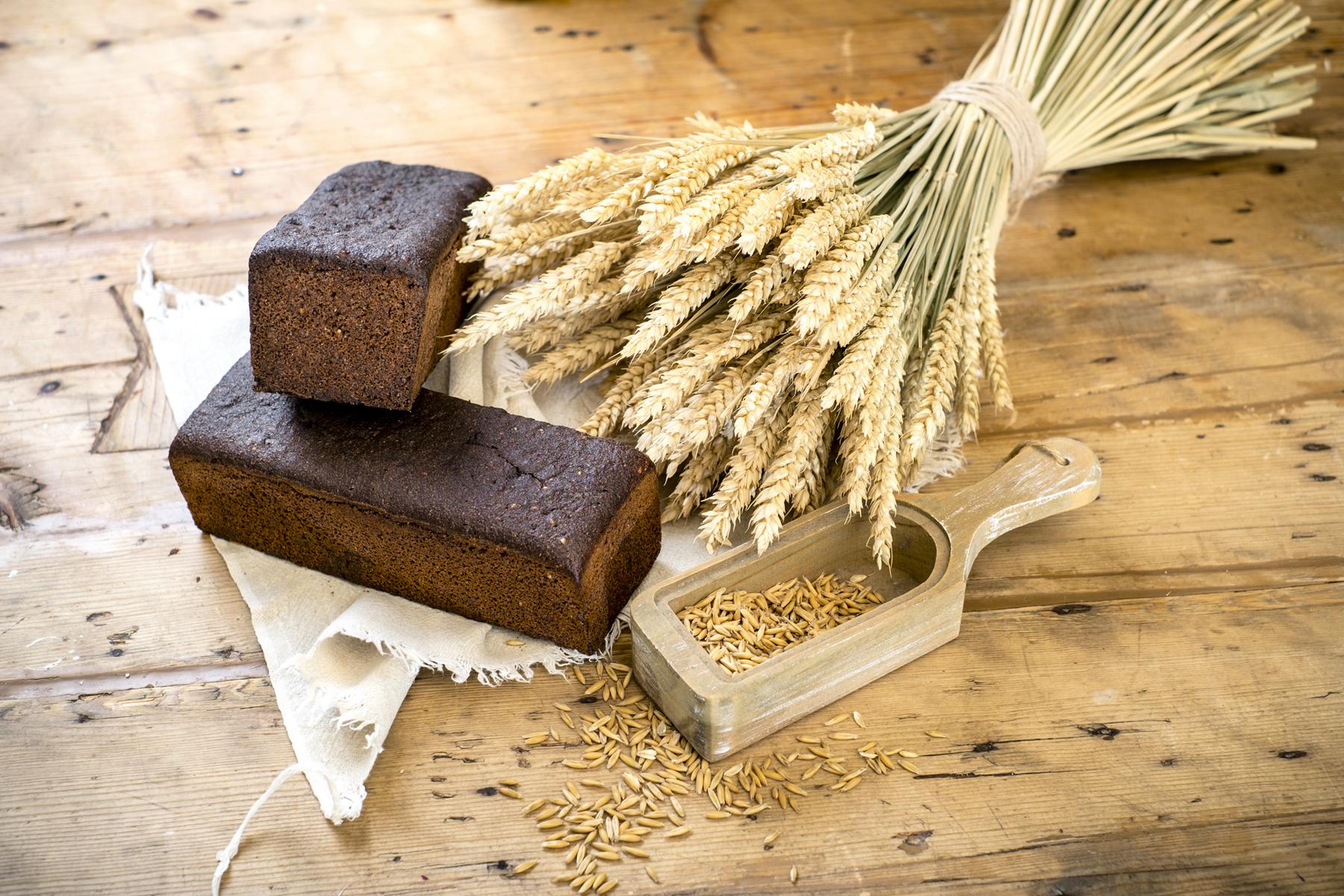 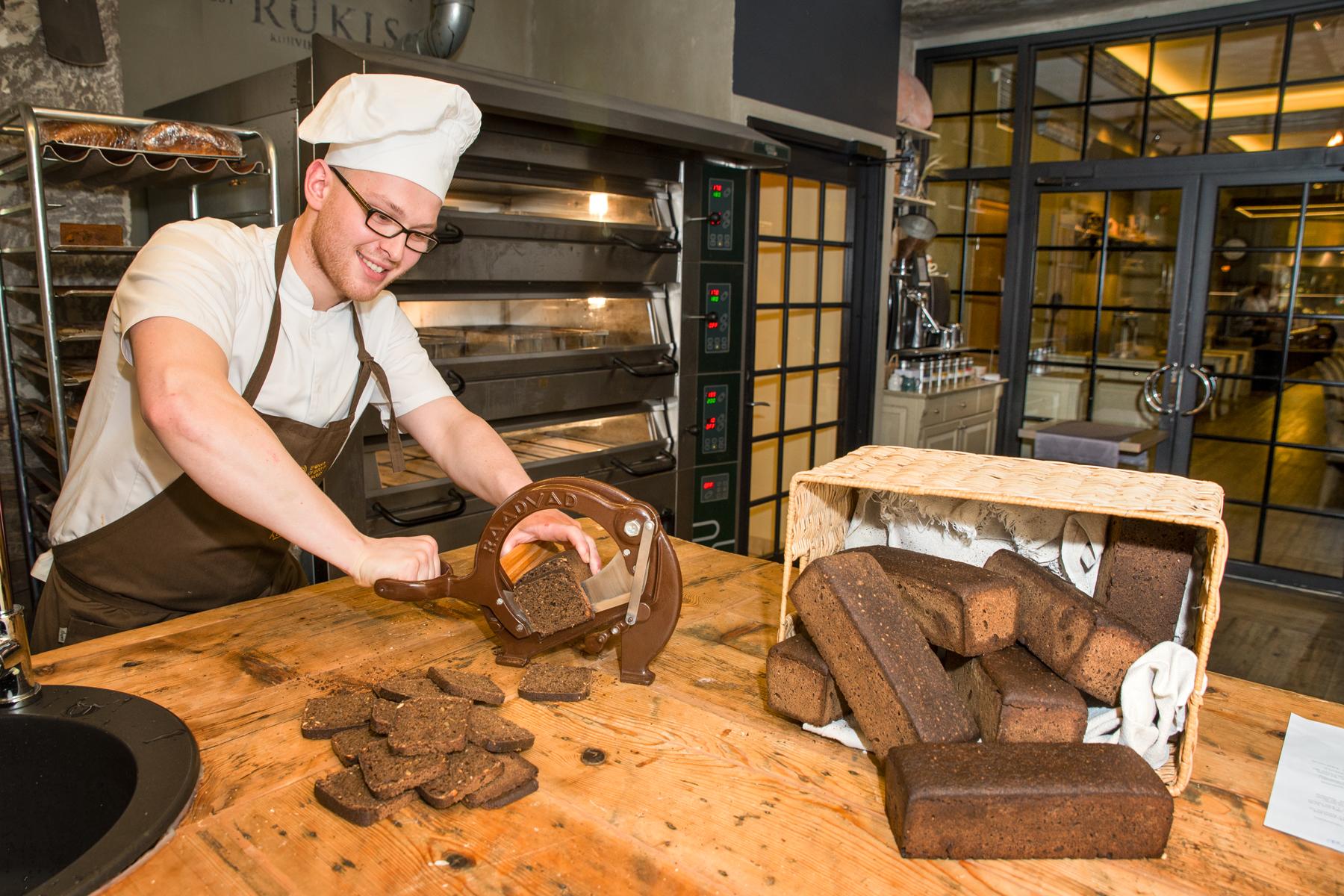 PHOTO: Arseni Kukk
Previous Next
9 OF 10

A quirky restaurant situated in Tallinn’s Old Town references the bourgeoisie period in its decor and modern Estonian food on its menu. Leib here is plated on a pristine white cloth and served with seeds baked in and a half a stick of butter per person. 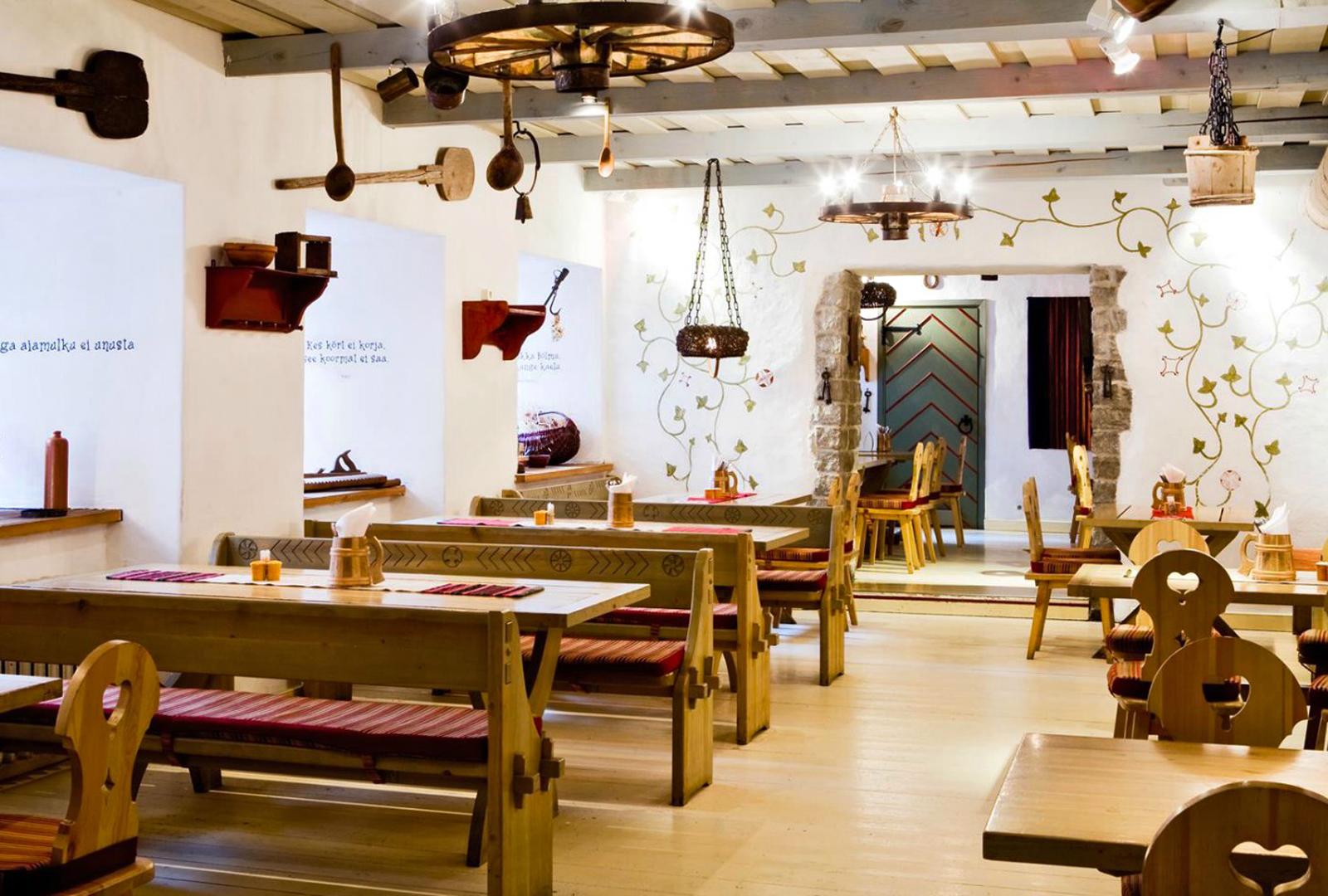 Located inside Hotel St. Petersbourg, this quaint restaurant serves authentic Estonia food using recipes passed down from generations. Their rye bread to start comes with seeds and whipped butter on the side. They also fry their black bread and serve it with cheese dip and garlic—the perfect beer snack.