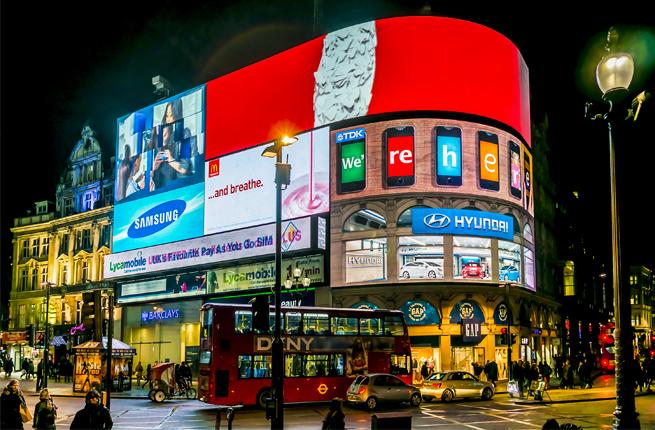 On Monday, the world-famous lights in Piccadilly Circus, which have projected ads for over a century, were shut off for renovations. The square, which featured digital ads across six billboards, will be replaced with one state-of-the-art screen with the capacity to live-stream happenings across the world. 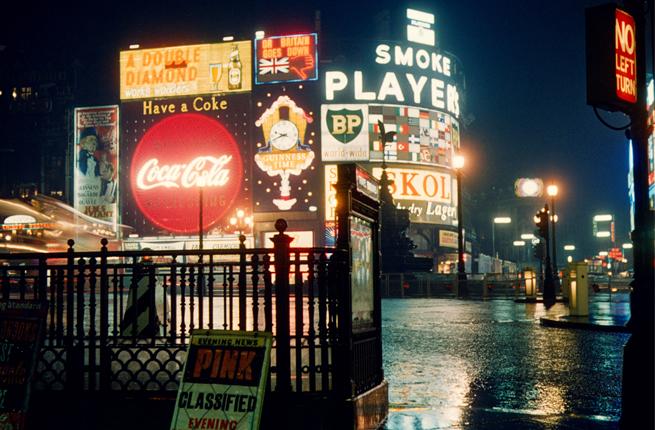 This isn’t the first time the displays have gotten a facelift: since the first illuminated Perrier ad lit up the square in 1908, the signs have transitioned from light bulb to neon to LED displays. It’s not the first time the lights have gone dark, either—the square has experienced a few brief power cuts, and lights were turned off to observe the funerals of Winston Churchill and Princess Diana in 1965 and 1997, respectively. 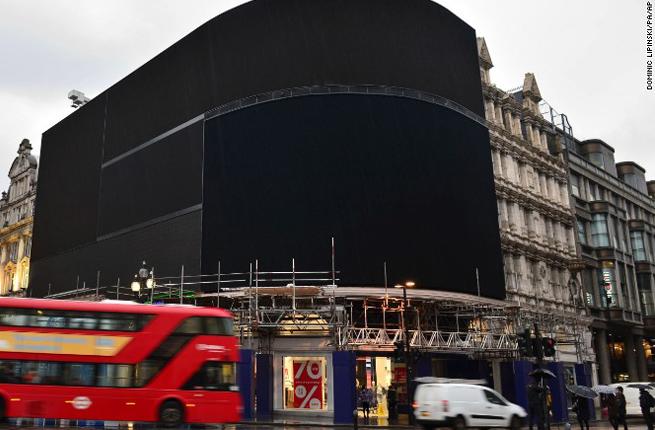 This will, however, be the first extended blackout since WWII, when they went dark to prevent attacks from Germany. A stagnant advertisement is said to cover the space as work is being done.  At 784 square meters, the new screen will be the biggest in Europe and will retain the curved shape of the original billboards. Renovations are expected to be complete in the fall.

Before and after photos of the theater district’s highly-trafficked square show the starkness of the space without the iconic illuminated ads.

In the meantime, explore other parts of London with Fodor’s guide.