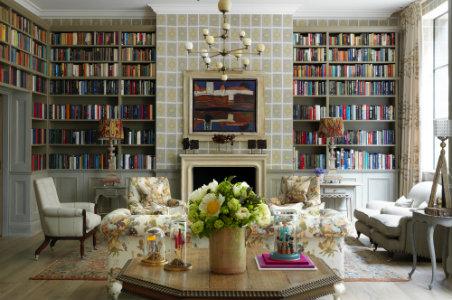 Kit and Tim Kemp's Firmdale Hotels are known for their eccentric British design featuring bright pops of color and a quirky sense of humor. Their portfolio includes New York's Crosby Street Hotel and the Covent Garden Hotel in London, and their latest project is Ham Yard Hotel, which opened June 1. The Kemps managed to snap up a ¾-acre plot of land in the heart of London, just steps away from Piccadilly Circus. Their idea was to create a hotel with an “urban village” feel. Translation? Although close to tourist-clogged Piccadilly, Ham Yard manages to feel remote and peaceful, thanks to its sheer size and location on a side street.

The U-shaped hotel wraps around a courtyard that will be filled with 13 independent shops (not all of the retail spaces are occupied yet); on a warm day, the courtyard is an ideal spot for afternoon tea or a cocktail. There's nothing corporate or bland about Ham Yard's lobby and public spaces, all of which were designed by Kit Kemp. The lobby is light and airy, and anchored by a library as well as a drawing room. Ham Yard Hotel is walking distance to the theater district, the shops of Regent Street, and top restaurants in Soho. 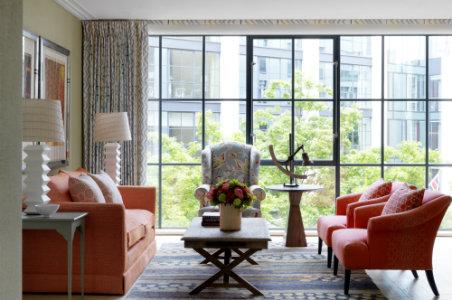 Rooms: The Ham Yard has 91 guest rooms and 24 residential apartments. Since the hotel was built from scratch, the rooms are huge by London standards and there are no bad views. Every room features floor-to-ceiling, soundproof windows that let in plenty of light. Rooms are individually designed in palettes of royal blue, tangerine, lavender, and gray. Fabric-lined walls give the rooms warmth, while crisp white linens balance brightly upholstered headboards. The rooms have a homey feel thanks to cushy armchairs and quirky pieces of art. The black granite bathrooms are bigger than many New York apartments and feature glass-enclosed showers, Lefroy Brooks fixtures, and double pedestal sinks. The deep soaking tubs are practically large enough to swim in; guests can soak while watching a television mounted above the tub.

Hotels & Lodging Molly O'Brien Quite Possibly the Most Haunted Hotels in America, and the Ghosts Who Haunt Them
Continue Reading Article After Our Video 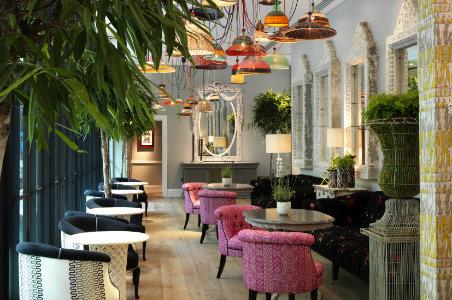 Drinks & Dining: Ham Yard Hotel's lobby-level restaurant offers all-day dining as well as a cocktail bar. The décor is a mash-up of colors, patterns, and design motifs that includes folk art and wool upholstered chairs as well as bold wallpaper. In the wrong hands, this mix of styles could be jarring, but Kemp makes it work. Menus features fresh, seasonal produce with a focus on comfort food. The breakfast menu includes the classic English breakfast, as well as healthy drinks such as an avocado, spinach, apple, and cucumber smoothie. The bar menu offers affordable small plates (£5, about $7) such as a sausage roll and sliders.

Health & Fitness: The Soholistic Spa is slated to open in September with a French apothecary look. Guests can burn off those sliders in the well-equipped gym. One highlight is the small hypoxic studio, where oxygen levels can be adjusted to mimic high-altitude training. 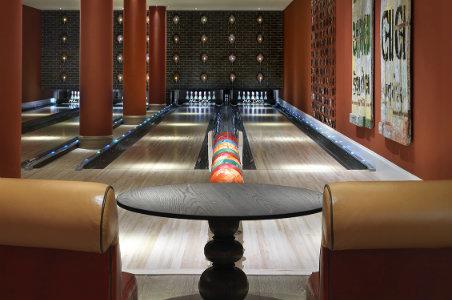 Etc.: Ham Yard Hotel has plenty of playful public spaces. The subterranean Croc houses a 1950's bowling alley that was imported from Texas. Added bonus: there's a well-stocked bar and a small dance floor. There's also a 190-seat movie theatre and a rooftop terrace with olive trees and a vegetable and fruit garden. 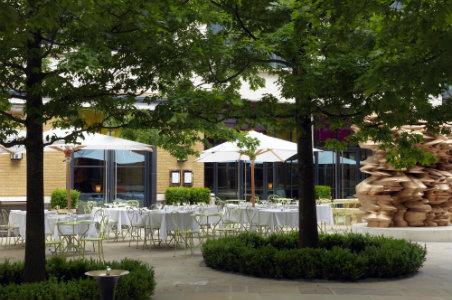 Pros: Central location; peaceful and private; enormous rooms with an eclectic vibe; the vibe is fun and casual, rather than pretentious; families are welcome and the food doesn't try too hard.

Cons: Aesthetic may not appeal to those who prefer simpler designs; the location just off Piccadilly can be a pro or a con, depending on how well travelers can weave past hundreds of tourists trying to snap selfies next to the Eros statue.

Christina Valhouli writes about travel, beauty and lifestyle trends. Her work has appeared in The New York Times, The New York Post and Departures.com. Follow her on Twitter: @cvalhouli.