On a beautiful Western Australian island hides the story of an unusual man with a royal imagination.

He was besotted with Britain, lived inside a cave, used explosives for odd purposes, and proclaimed himself king of an Australian island inhabited only by birds and endangered fairy penguins. Shoalwater Islands Marine Park is one of Perth’s tourism treasures—an immaculate, sheltered bay home to colonies of bottlenose dolphins, Australian sea lions, and penguins. It’s also the location of Penguin Island, the former base of one of the most eccentric characters in Western Australia’s history. 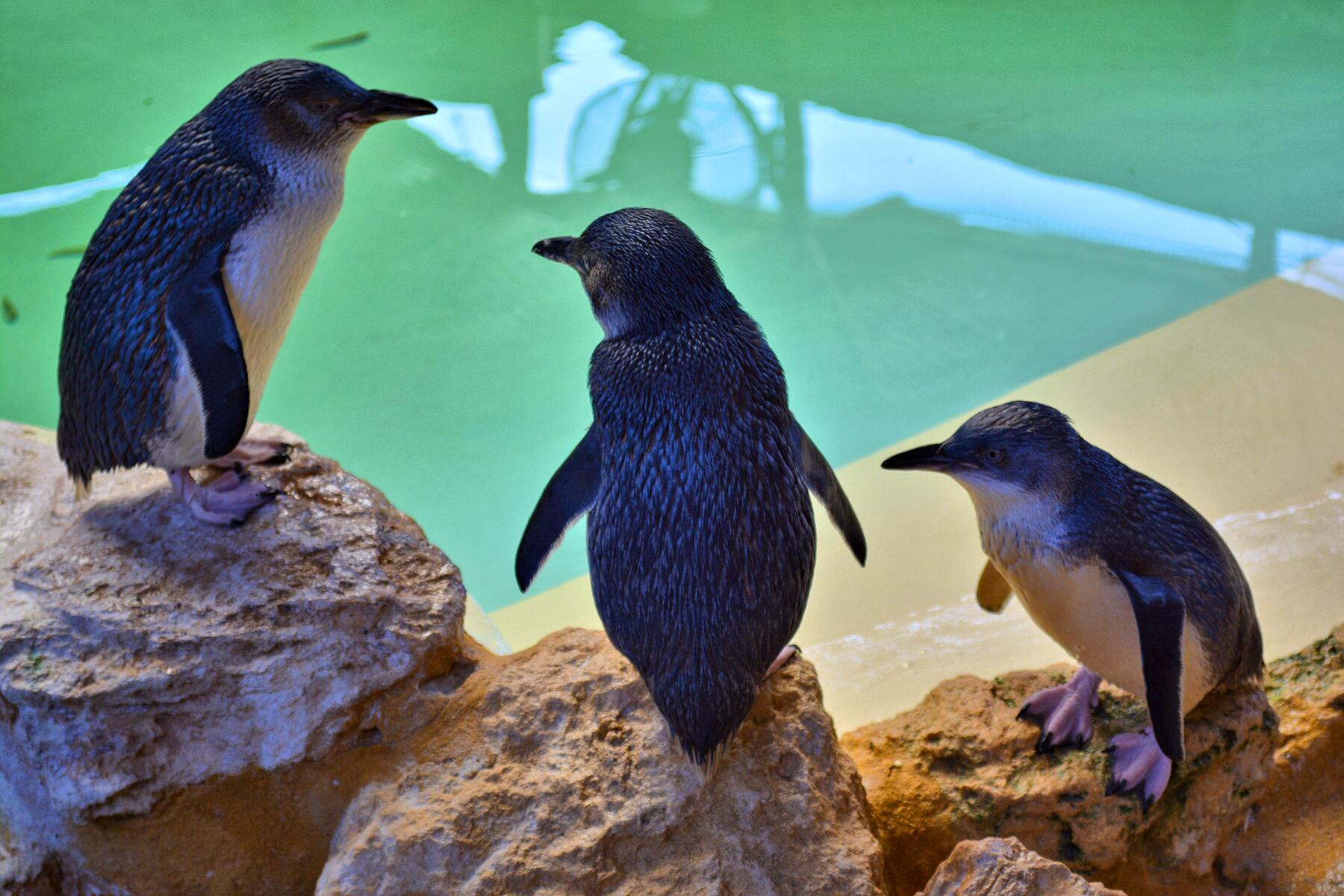 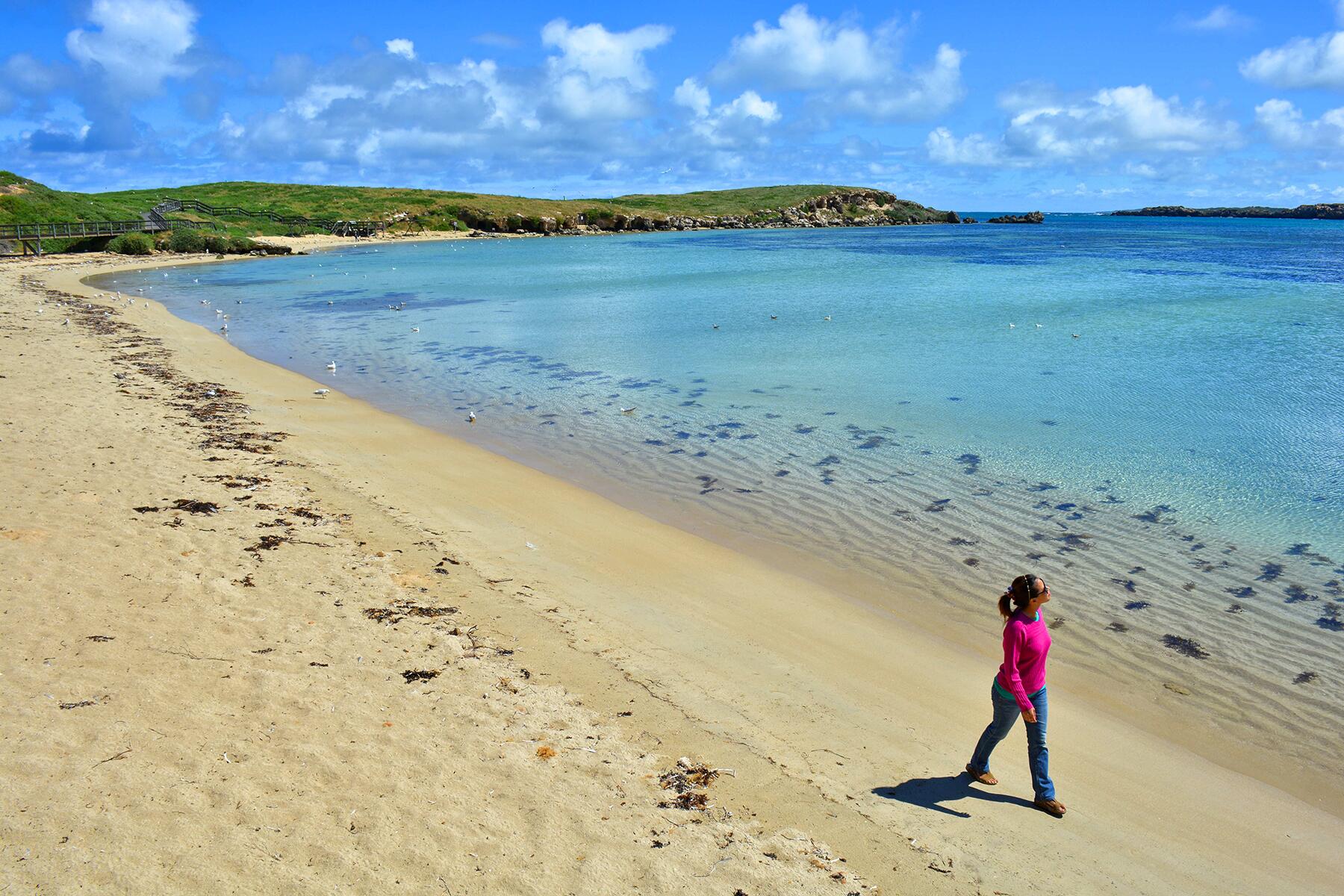 Paul Seaforth McKenzie was a New Zealander living in Australia who aspired to be British. He was also the first person to reside on Penguin Island in 1914. After declaring he was king of the island, McKenzie detonated explosives to create limestone caves which he gave grand British names and tried to turn into bizarre holiday accommodation.

McKenzie was a mining engineer who immigrated to Australia from New Zealand. After squatting on Penguin Island on and off for four years, he was granted an annual lease of it in 1918. From that signed document emerged grand dreams. With the island under his control, McKenzie called himself its “King” or “Governor,” and set about making the land fit for royalty. His fascination with the British upper classes prompted him to create structures which he endowed with splendid English names like Manor Hall, Tudor Hall, and Fairhaven.

The former of these was his personal mansion. In reality, it was no more than a basic shack built from timber. Nearby, inside the beach caves he made with explosives, McKenzie designed a library, a storehouse, and several guest rooms with shelves, fireplaces, and stone-based beds. His dream was to convert Penguin Island into a tourist drawcard.

McKenzie was unable to execute that bold plan before his lease was terminated in 1926. Eventually, however, it came to fruition.

These days, Shoalwater bay is a heavily-protected marine park. Forget about detonating TNT within its borders, the park has strict rules on boating and fishing, no one can stay overnight on its islands, and one of these islands is entirely off-limits to humans, while another bans visitors during penguin breeding season. 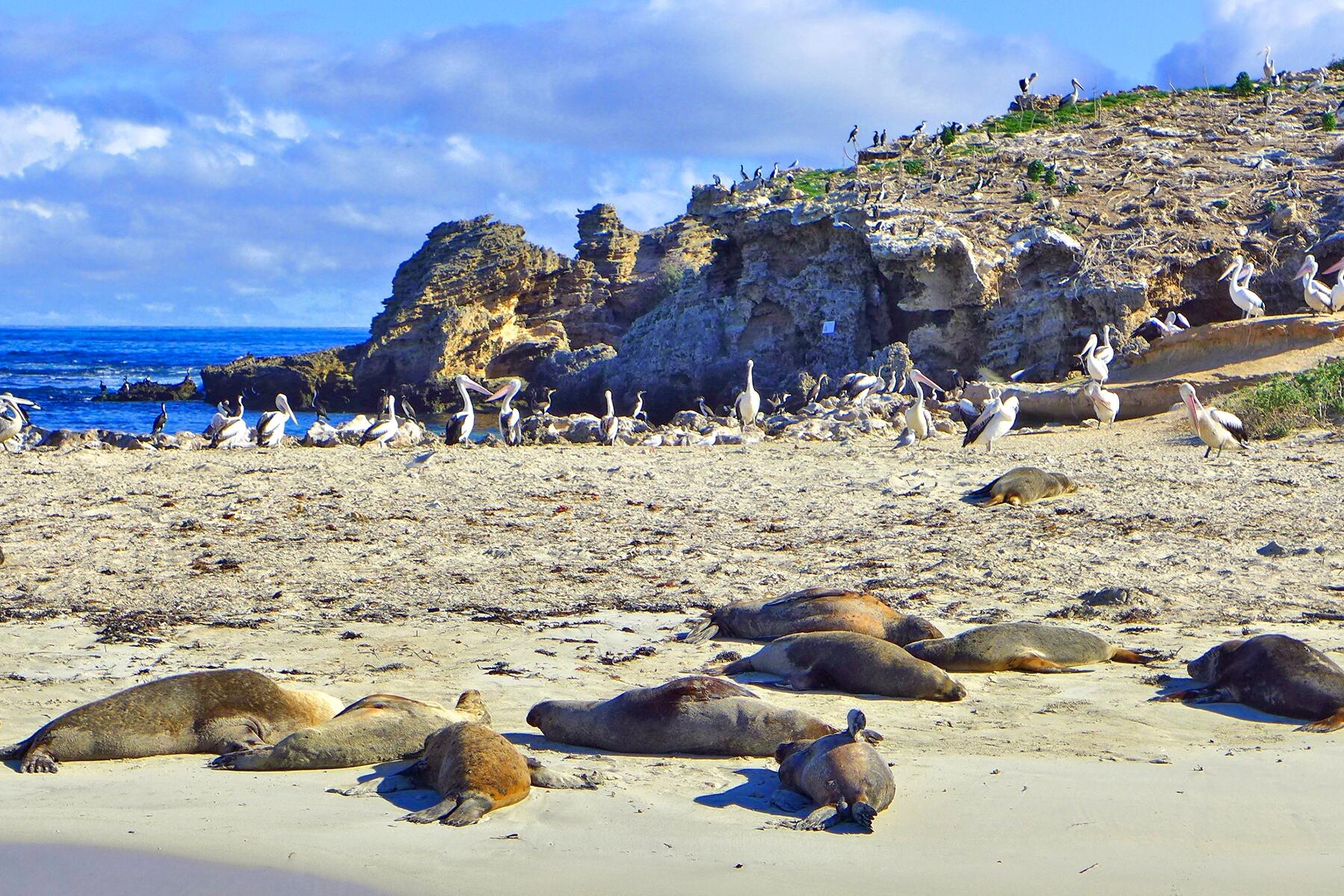 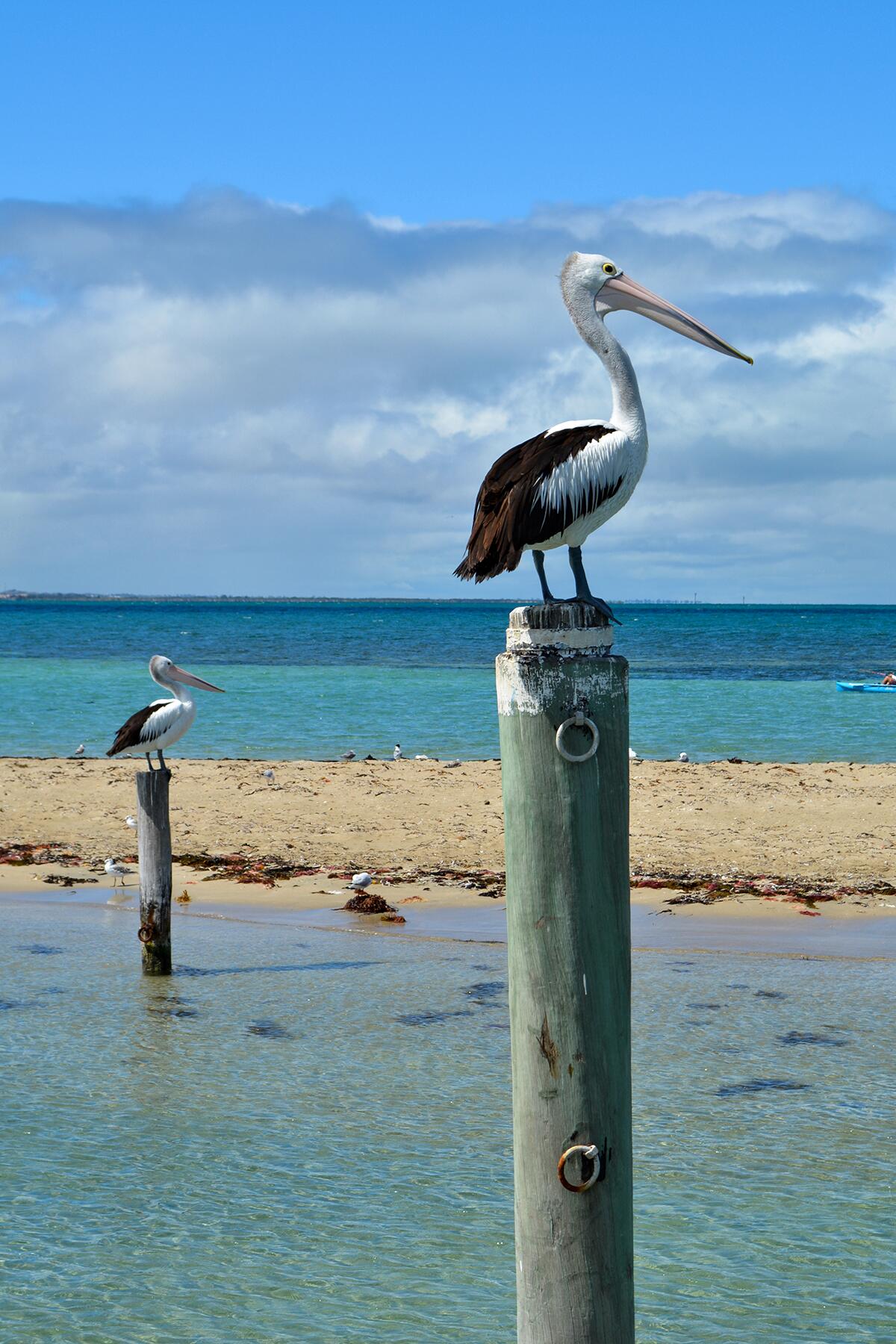 Yet it’s also a popular tourist attraction. People can swim, snorkel, and kayak in its calm, lagoon-like waters 12 months a year, sharing this ocean with exotic marine life. Between September and June, tourists can catch a short ferry to attend penguin-feeding sessions, and explore the caves where McKenzie built his kingdom.

If you were to claim dominion over a piece of land, you couldn’t choose better than McKenzie did. Shoalwater is phenomenal. Full disclosure, though, I live opposite this marine park, so…I’m biased. As I write this piece, I’m sitting on my front deck absorbing its majesty.

A flock of Australian pelicans have just flown past my home, their white feathers contrasted against a cloudless blue sky as they glide slowly toward the white sand beach and turquoise sea. They caught the attention of children playing in a wide ocean-side park, where lush grass and lofty Norfolk pine trees add to this rich palette of colors.

Instead, they come to Perth because this is a large city of 2.2 million people—similar in size to Denver, or Phoenix—which still boasts a pristine environment. In visiting hundreds of cities in more than 60 countries, I’ve yet to find a metropolis this size that is as clean, lush, spacious, or naturally attractive as Perth. 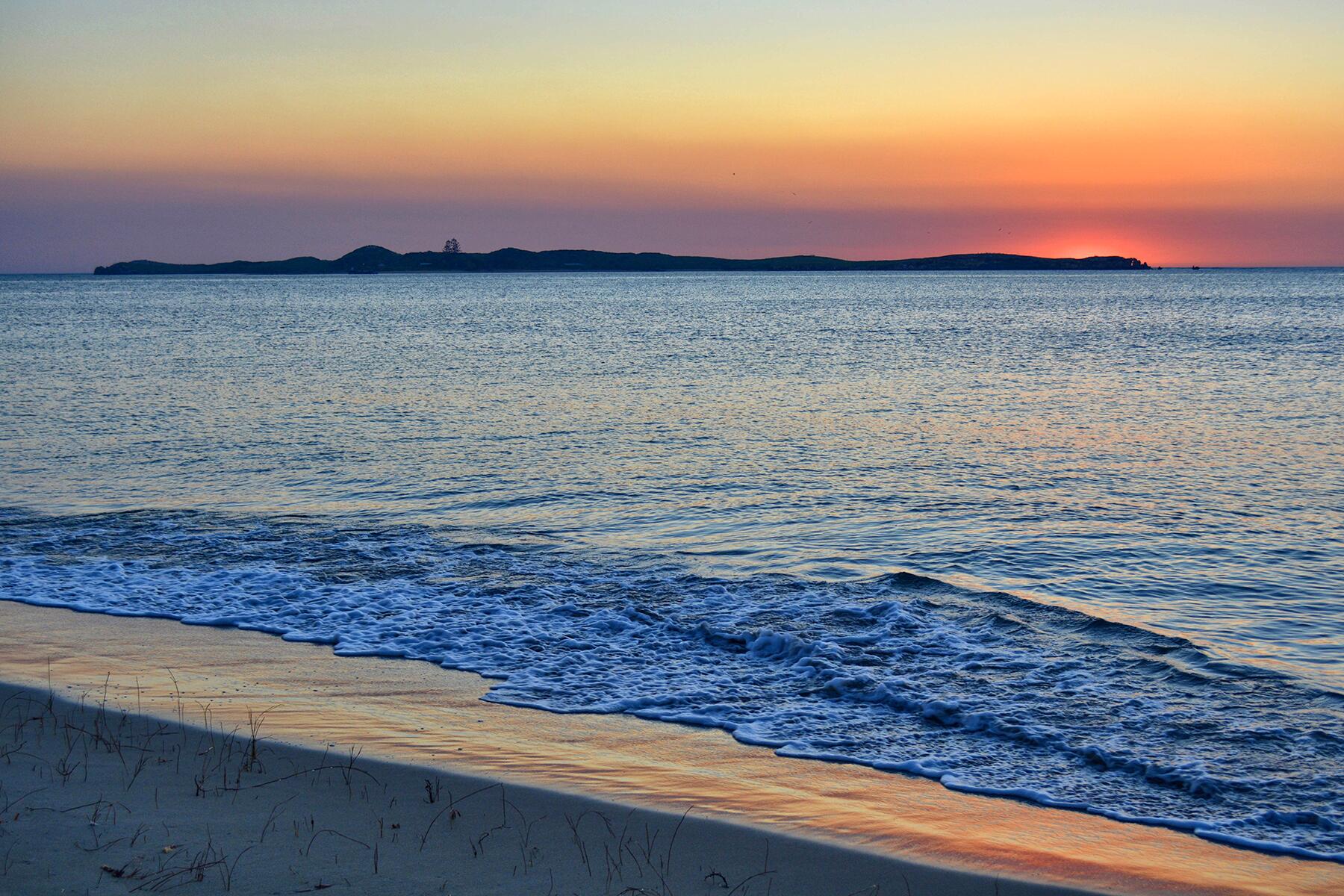 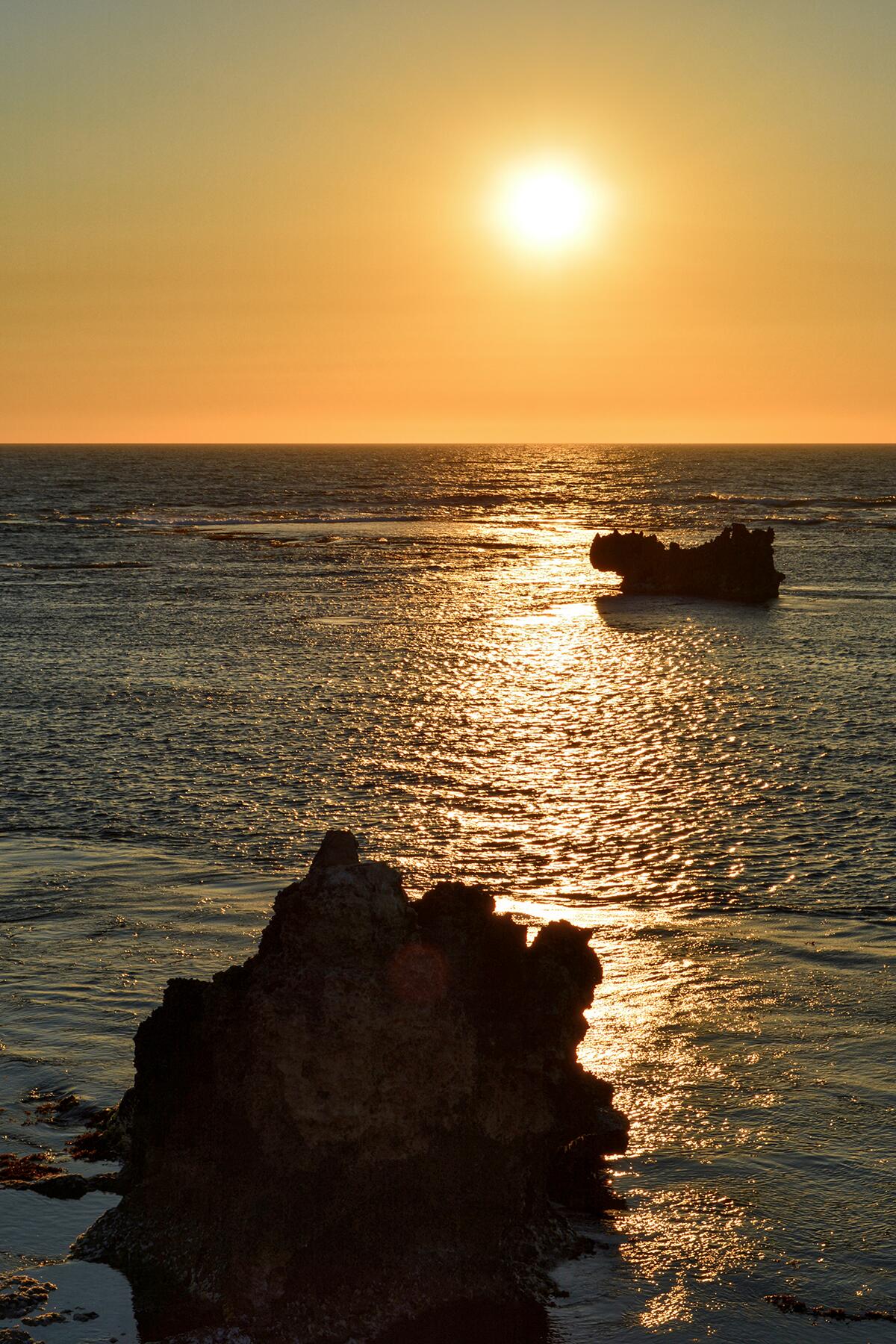 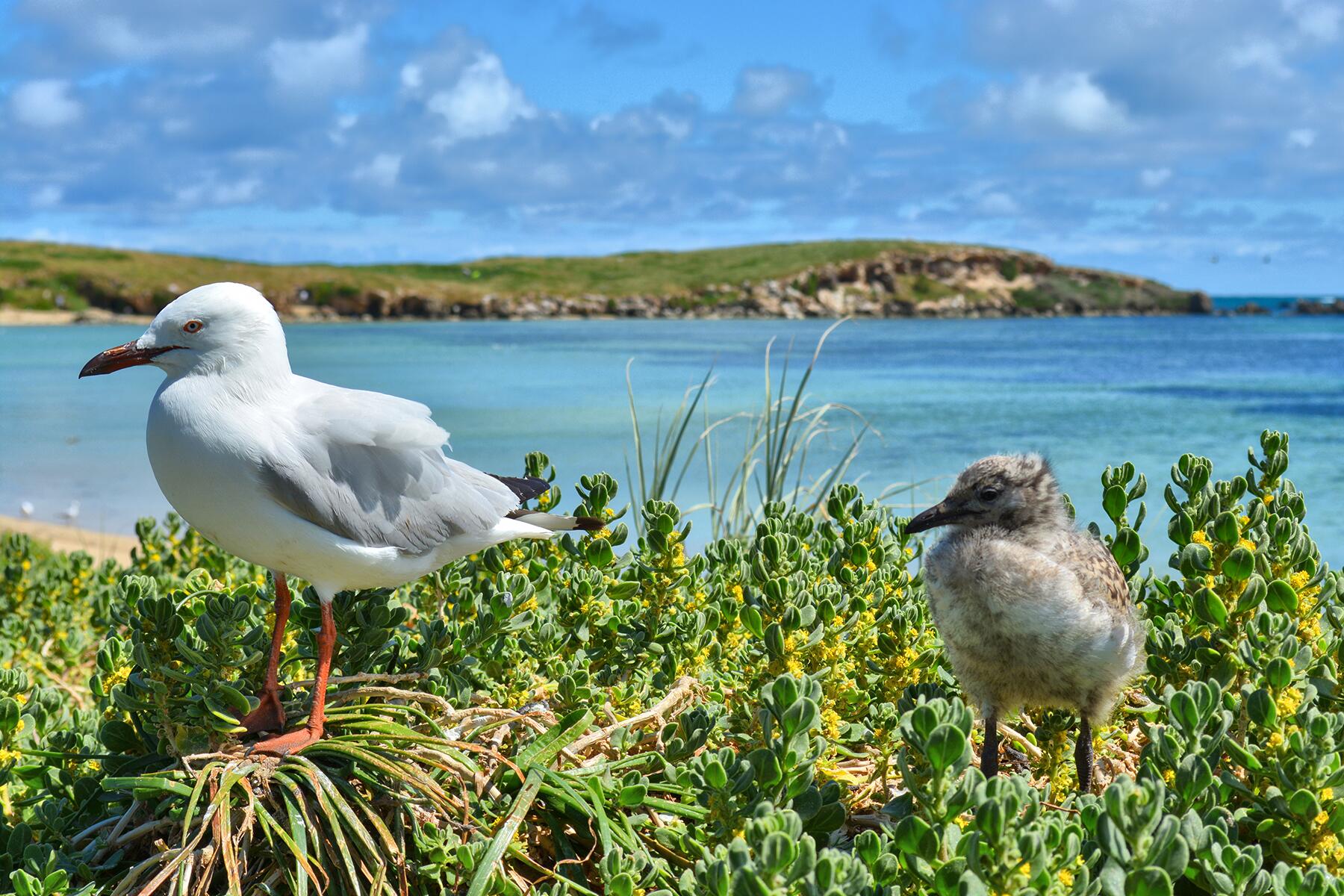 1. Shoalwater BeachRonan O’Connell 2. The sunset over Shoalwater3. The fauna of Penguin Island

Perhaps nowhere encapsulates Perth’s rare green-city attributes better than Shoalwater. On its southern outskirts, a 45-minute drive from downtown will bring you to the sort of splendid marine park you expect to be hidden away from metropolitan life, secluded in a quiet, isolated location.

In another city in another country, Shoalwater Marine Park might be ruined. It might be blighted by overdevelopment, unrestricted tourism, and excessive marine traffic. I’ve seen this story repeated again and again in coastal locations of immense beauty, from Greece to Thailand, Spain to Malaysia. It nearly happened here, in my backyard, too.

Real estate developers nearly succeeded in constructing a huge marina and housing development on gorgeous Point Peron, at the northern end of Shoalwater Bay. It was years of spirited lobbying and protests by Shoalwater residents that helped halt this project, despite State and Federal Government approval. The peoples’ power felled big business. Shoalwater remained unsullied.

So much so that McKenzie would have no trouble recognizing his former home were his apparition to float over the bay alongside the pelicans. His strange story has not been eroded, neither by time nor the elements. Tourists regularly pose for photos in front of the caves he created as guest lodges. Penguin Island has been developed by the WA Government into one of the State’s most interesting, beautiful, and eco-friendly tourist attractions. Along with the seals, dolphins, and sea lions, King McKenzie’s vision inhabits this pristine bay.