Nashville isn’t the only American city with deep ties to music. These 12 destinations have also left their mark.

Nashville, Tennessee, earned the nickname “Music City” for fostering some country music legends, but there are many other places in the U.S. that have left their mark on American music. Other cities may be recognized today for their live music venues and festivals, but these were the original music destinations. 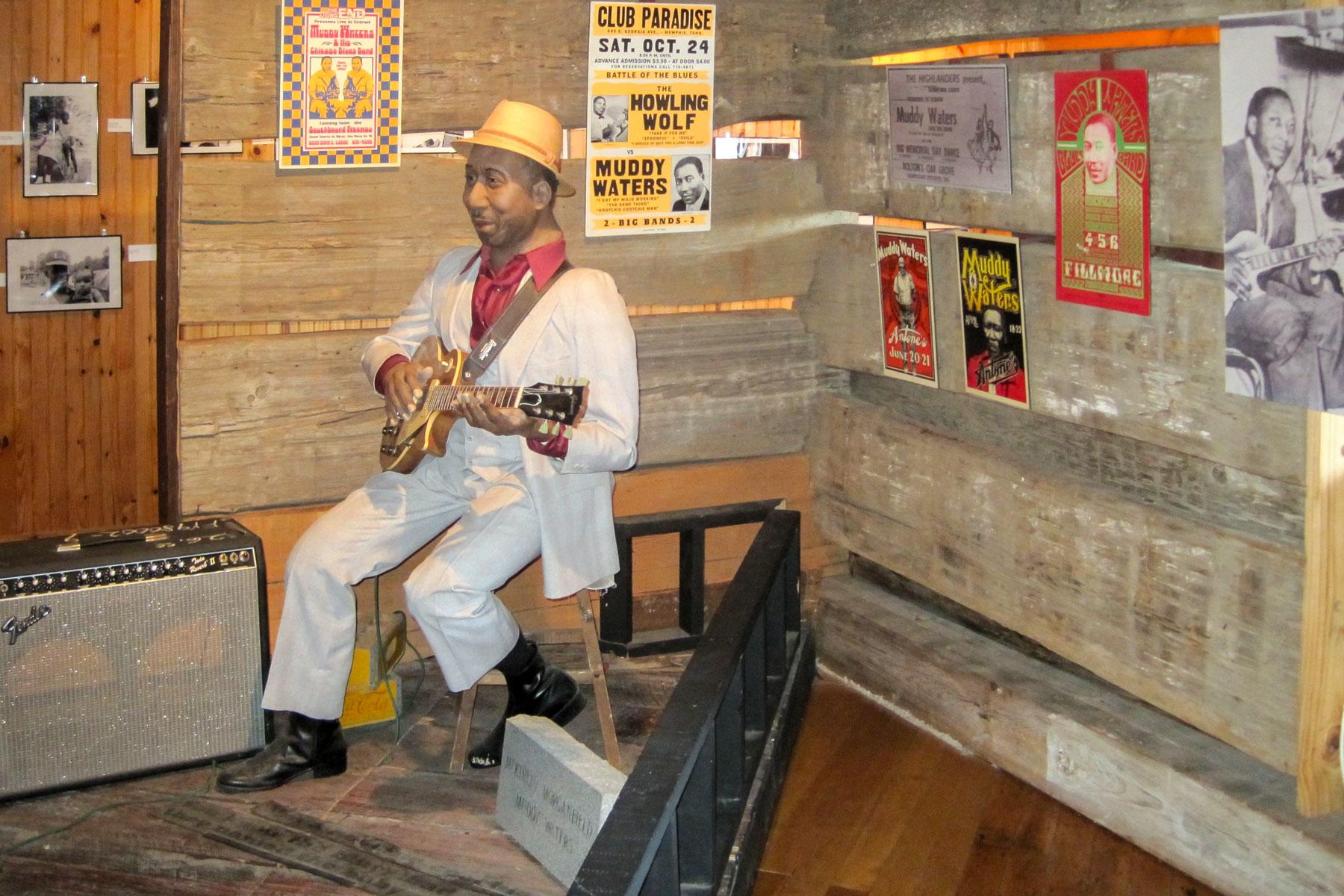 Known as the “Ground Zero of the Blues,” Clarksdale is where you’ll find the best places to catch live blues music. Start at the Ground Zero Blues Club, partially owned by Morgan Freeman, and order a batch of Delta tamales, a local staple. Tour the Delta Blues Museum fto learn about the area’s history and its musical ties. Clarksdale has funky accommodations, like the former sharecropper cabins at the Shack Up Inn, and makes for a great base to explore the towns of the region, including Indianola and Cleveland. Visit during the Juke Joint Festival when artists perform at art galleries, bars, and even on the street. 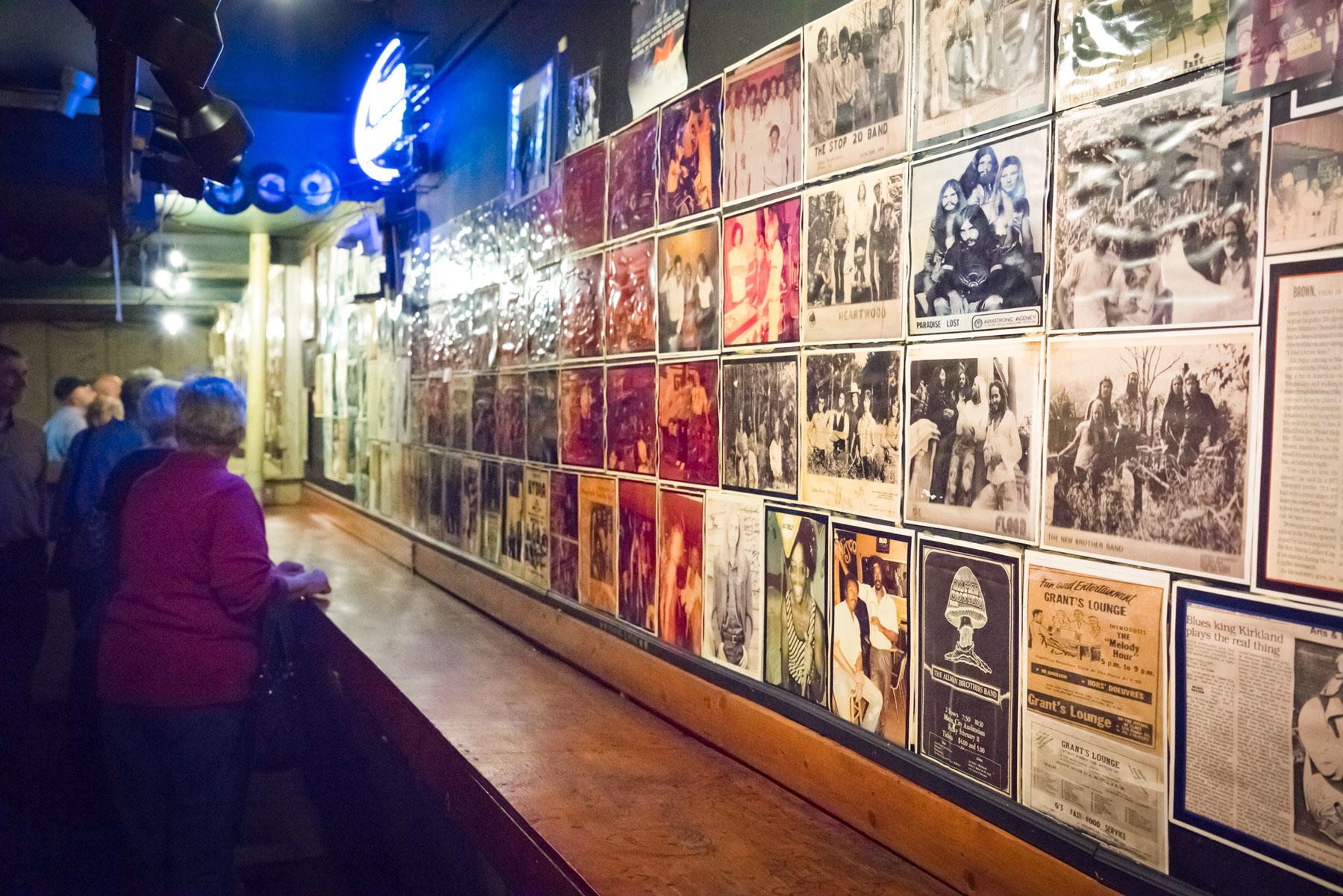 Set in the heartland of the Peach State, the small town of Macon was where acts like Little Richard, Otis Redding, and the Allman Brothers Band spent time before hitting it big. A number of acts, especially Southern rock bands, were supported by Alan Walden and his Capricorn Records. Rock Candy Tours is run by Walden’s daughter and her husband, and documents the music history of the city. Grab breakfast at H&H Restaurant, where the Allman Brothers used to dine before hitting it big. Tour the brothers’ home at the Big House Museum. Grant’s Lounge and Hargray Capitol Theatre also host live music acts. Don’t miss Bragg Jam, an annual festival created in honor of local musicians that died in a car accident. 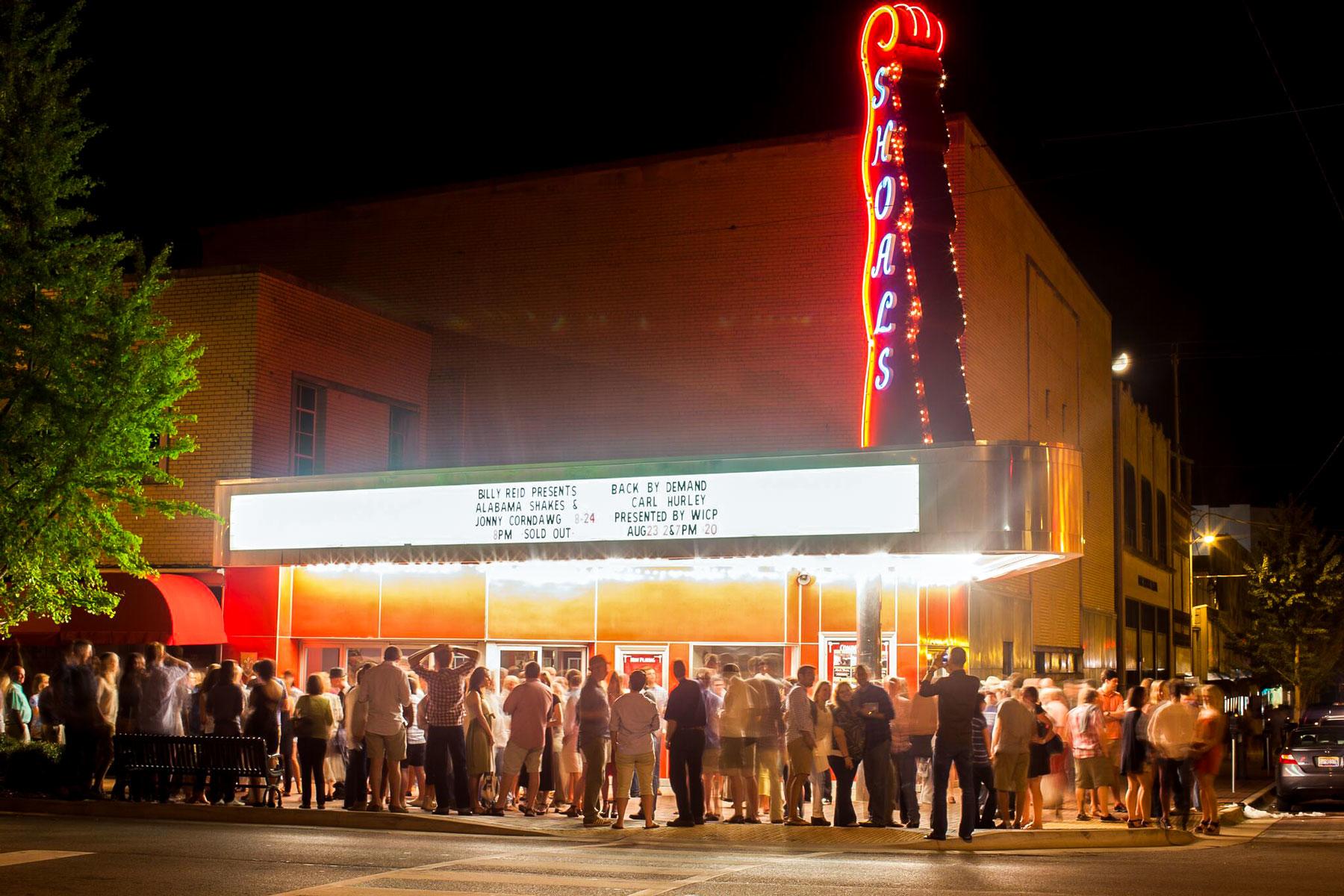 The area of northern Alabama is made up of both the namesake town and its neighboring ones, including Sheffield, Tuscumbia, and Florence. Early Native American tribes spoke of the “Singing River” before they were forcibly removed on the Trail of Tears. W.C. Handy, known as the “Father of the Blues,” was the first artist to come out of the region,  and you can still visit the one-room cabin where he grew up. Don’t miss the recording studios that hosted acts like the Rolling Stones and Aretha Franklin, and reopened to tour groups thanks to outside investment from Dr. Dre and Beats. The Alabama Music Hall of Fame also has information on the state’s notable musicians. Be sure to watch the documentary “Muscle Shoals” before you go, which features interviews with the artists who recorded there. 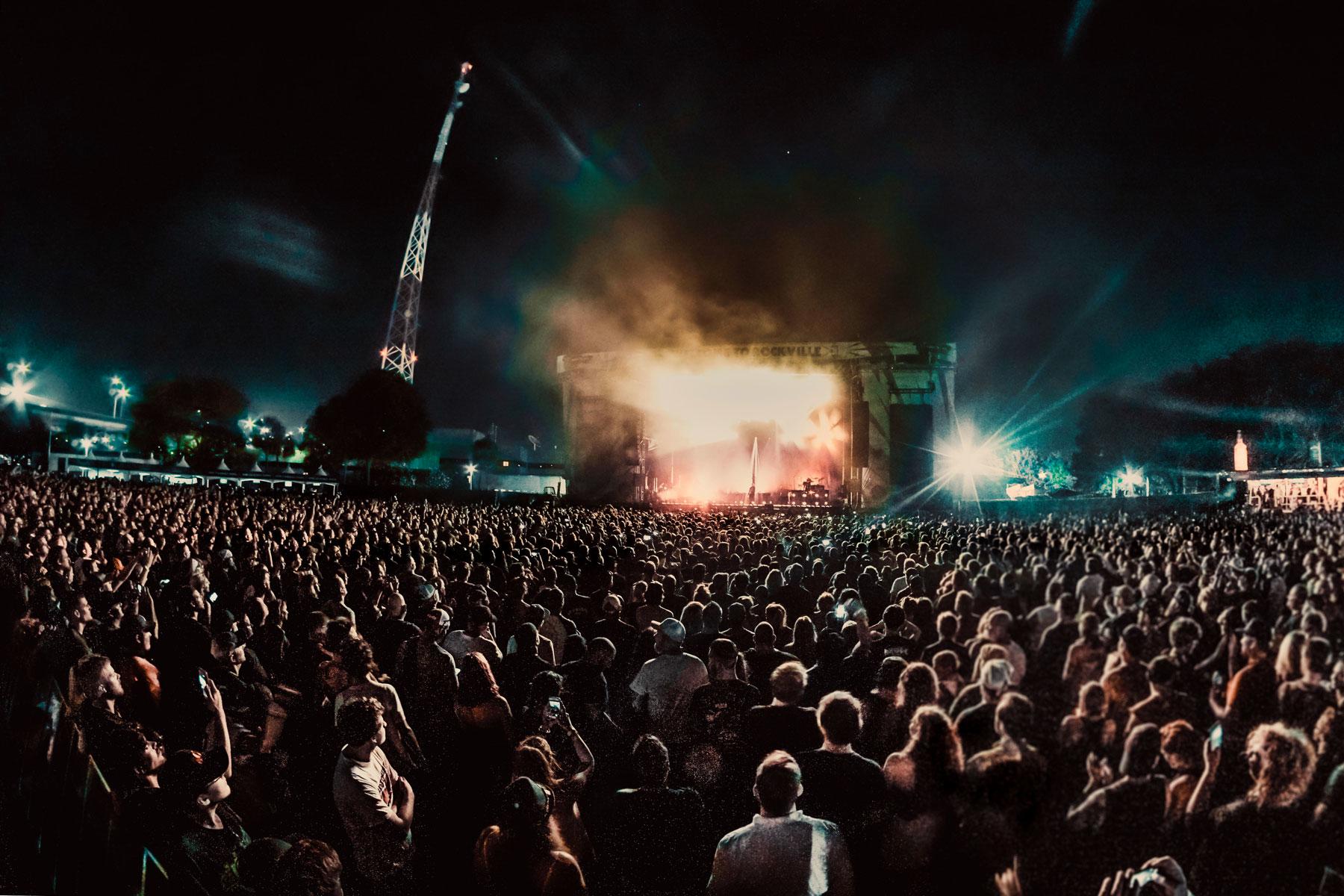 Florida’s music scene runs the gamut in terms of genres, from the 1990s pop boom out of Orlando to punk in Tampa and Latin music in Miami. It was the breeding ground of notable musicians like Gram Parsons, Jim Morrison, and Tom Petty. Jacksonville was home to the Southern rock scene in the 1970s and ‘80s, combining country and rock. The Allman Brothers Band, Lynyrd Skynyrd, Molly Hatchet, and 38 Special all came through the city. In recent years, pop-punk bands Red Jumpsuit Apparatus and Yellowcard hit it big after forming in Jacksonville. Catch a show at one of the area’s music venues, like Jack Rabbits or 1904 Music Hall. The Rockville Festival is held every spring and showcases both established and up-and-coming bands. 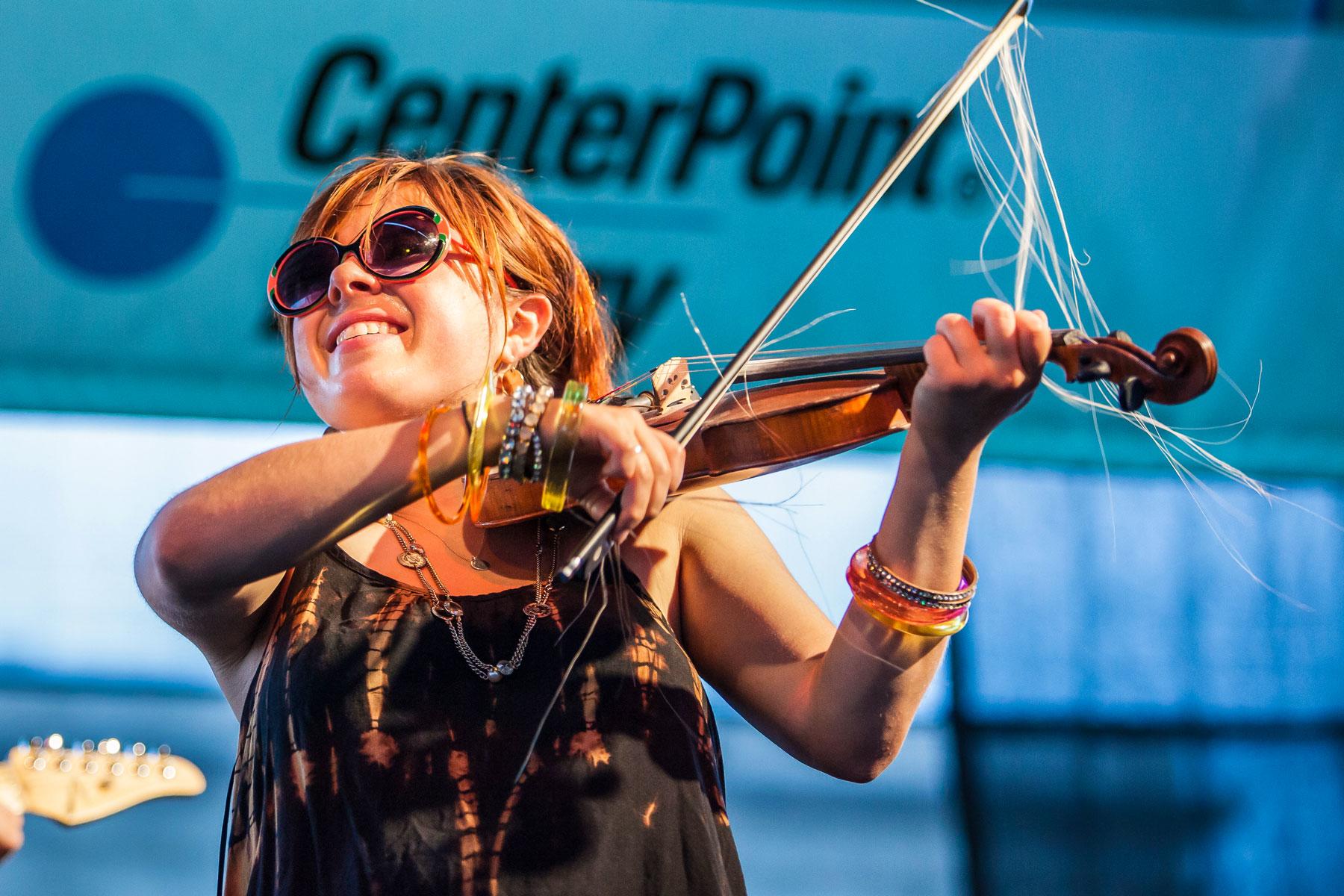 Nashville may have the Grand Ole Opry, but Shreveport, in northern Louisiana, had the Louisiana Hayride radio program that started broadcasting in 1948. Notable acts like Elvis Presley, Hank Williams, and George Jones performed on the show. In fact, it was at Shreveport Municipal Auditorium where the famous phrase “Elvis has left the building” was first uttered. You can take tours of the storied venue and snap a picture with the statue of The King. Shreveport was also home to the Ram Records music label in the 1960s. Shreveport and sister city Bossier City, which are on each side of the Red River, host frequent music and arts festivals that bring in artists from around the nation and the state, including Mud Bug Madness, Red River Revel, and Shreveport Summer Music Festival. Most of the downtown bars and casinos host live music nearly every night of the week. 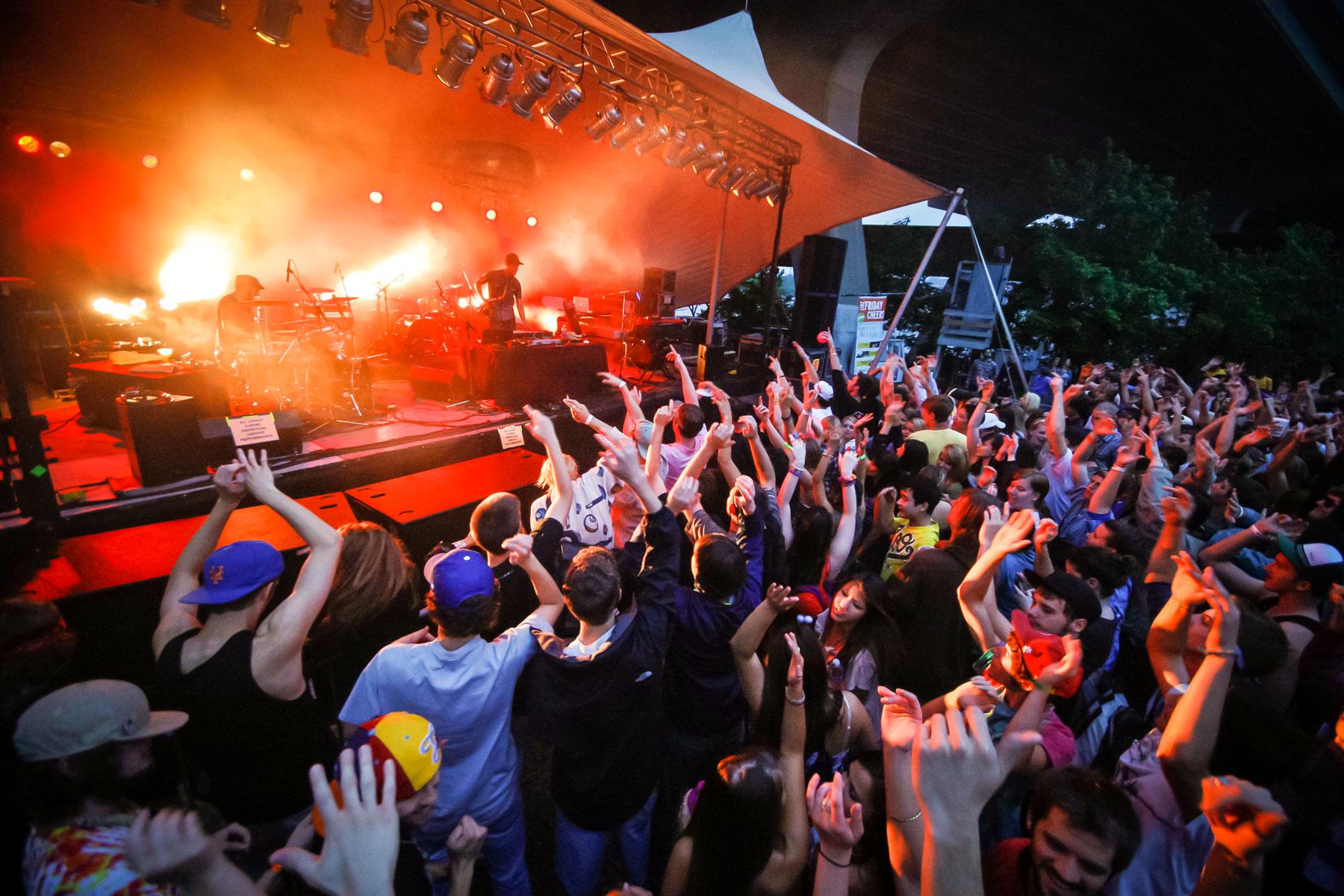 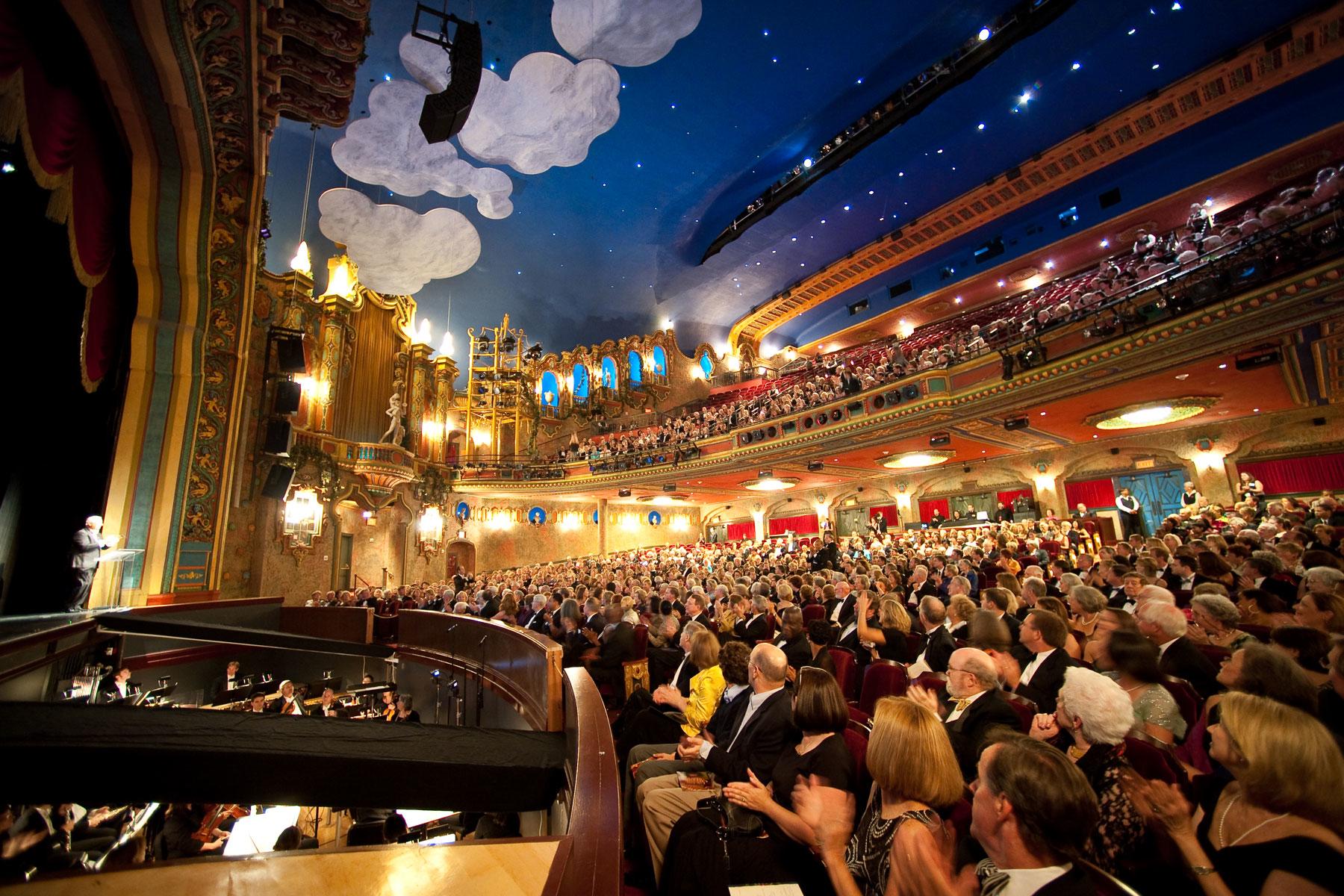 PHOTO: Visit Richmond
Previous Next
6 OF 12

Virginia blues, rock, and folk bands. Old Crow Medicine Show hails from Harrisonburg, while Dave Matthews Band was formed in nearby Charlottesville. But Richmond’s music legacy has a bit more edge to it. The punk and metal scene was formed in the 1990s at clubs like Twisters and Strange Matter, and bands like GWAR and Lamb of God both formed at Virginia Commonwealth University. While you’re in town, visit GWARBar, a restaurant owned by the eccentric band, and peruse the record stores and music stores in Carytown. 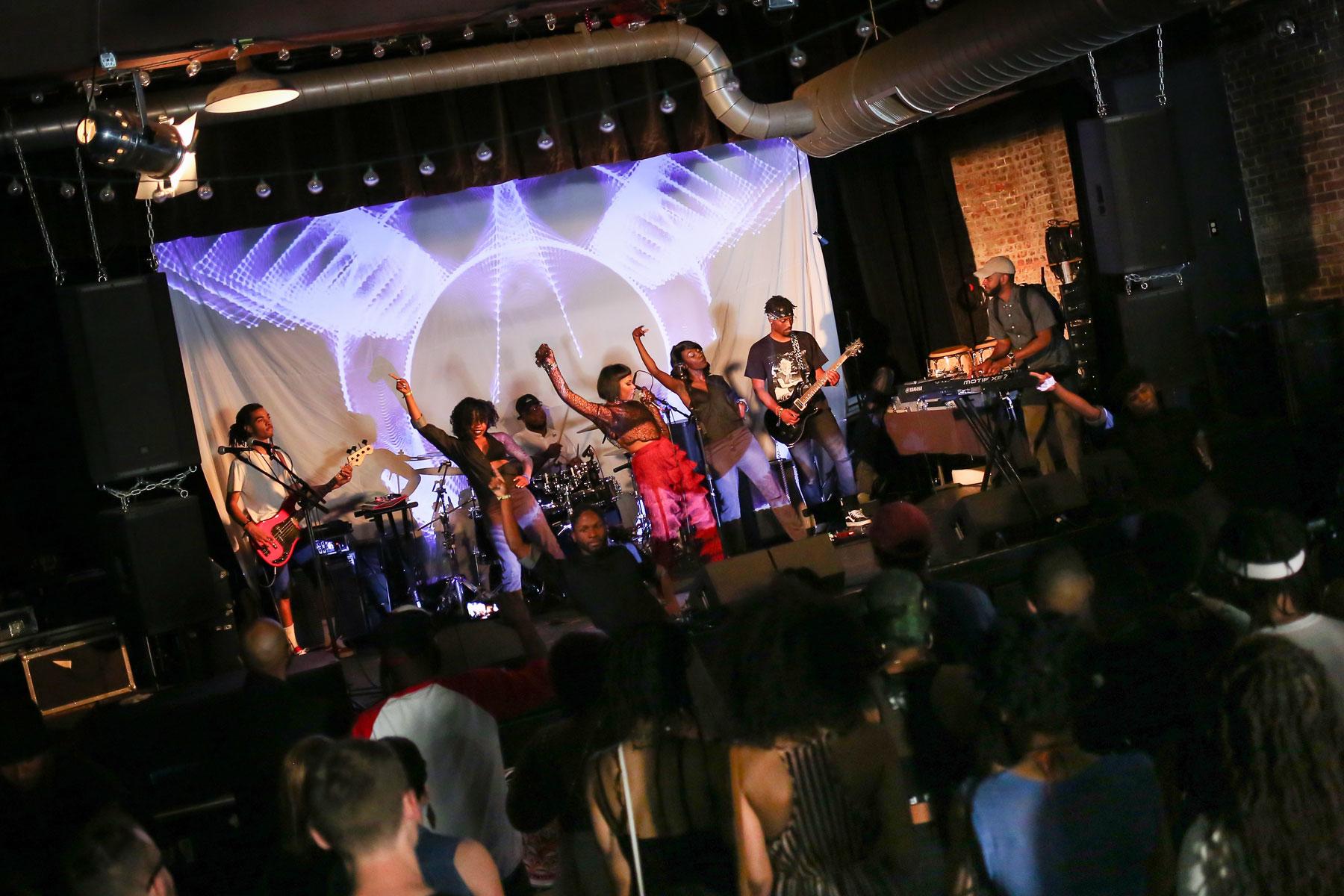 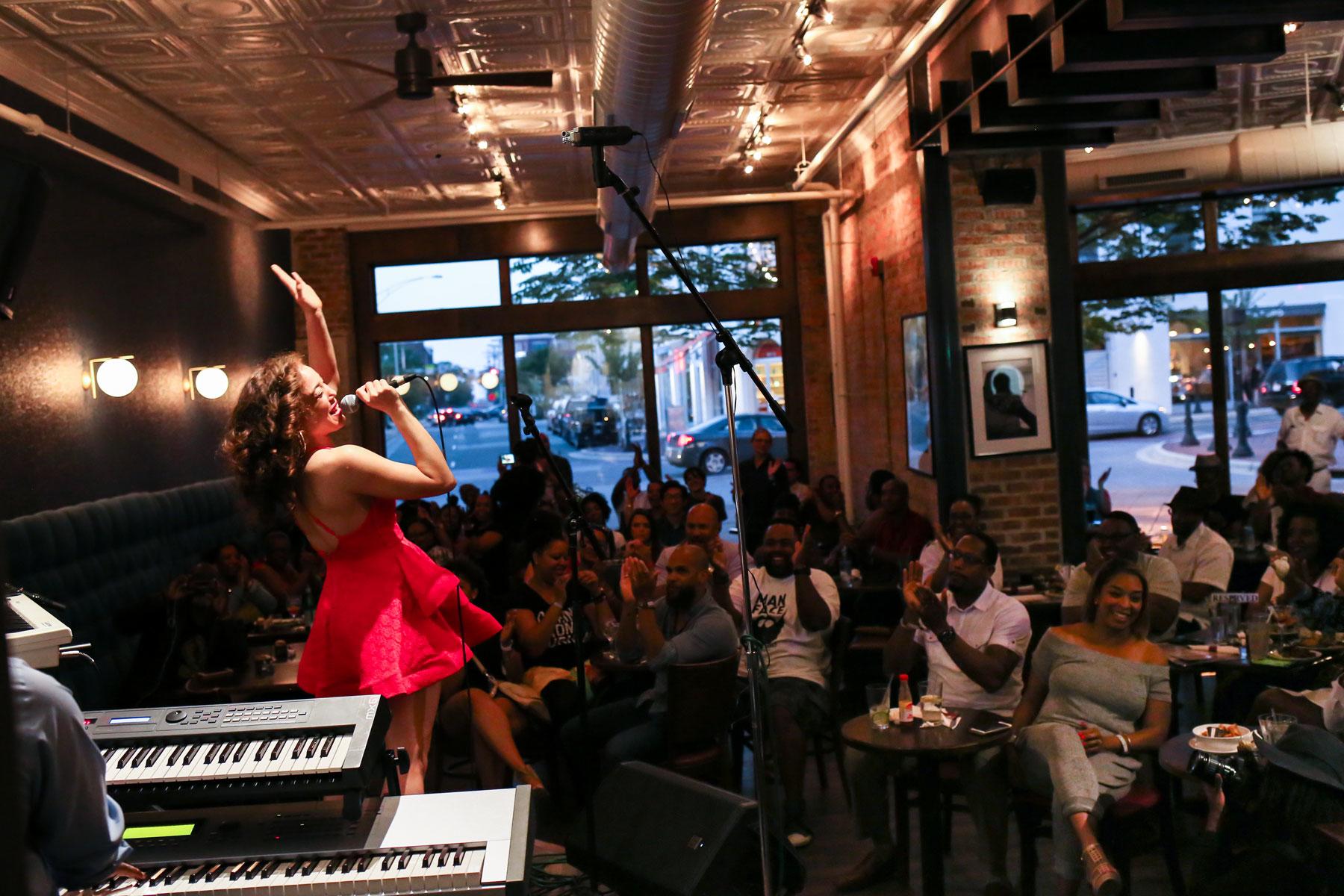 PHOTO: SP Murray
Previous Next
7 OF 12

Like Virginia, the state of North Carolina has ties to all sorts of music, especially bluegrass. But it’s the college towns of Chapel Hill, Raleigh, and Durham, known collectively as “The Triangle,” that launched the careers of many rock bands. Starting in the 1950s, the Triangle town of Carrboro fostered acts like James Taylor through the Cat’s Cradle Coffeehouse, which still hosts bands today. In later years, bands like Superchunk, Squirrel Nut Zippers, and Ben Folds Five rose through the ranks in Chapel Hill. Visit the Chapel Hill Museum to see the exhibit on James Taylor and catch a show at The Cave, where you might see an act before they hit it big. 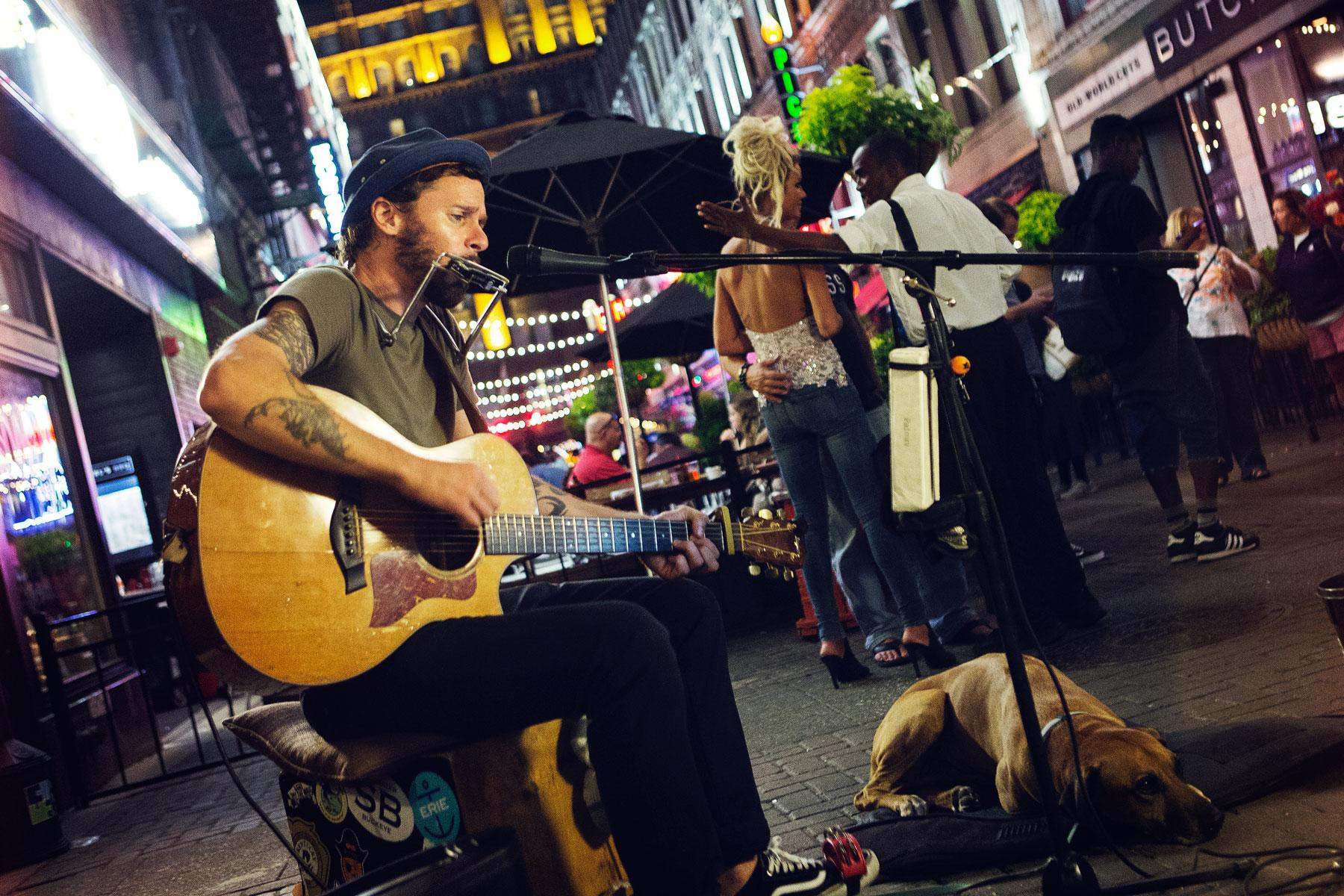 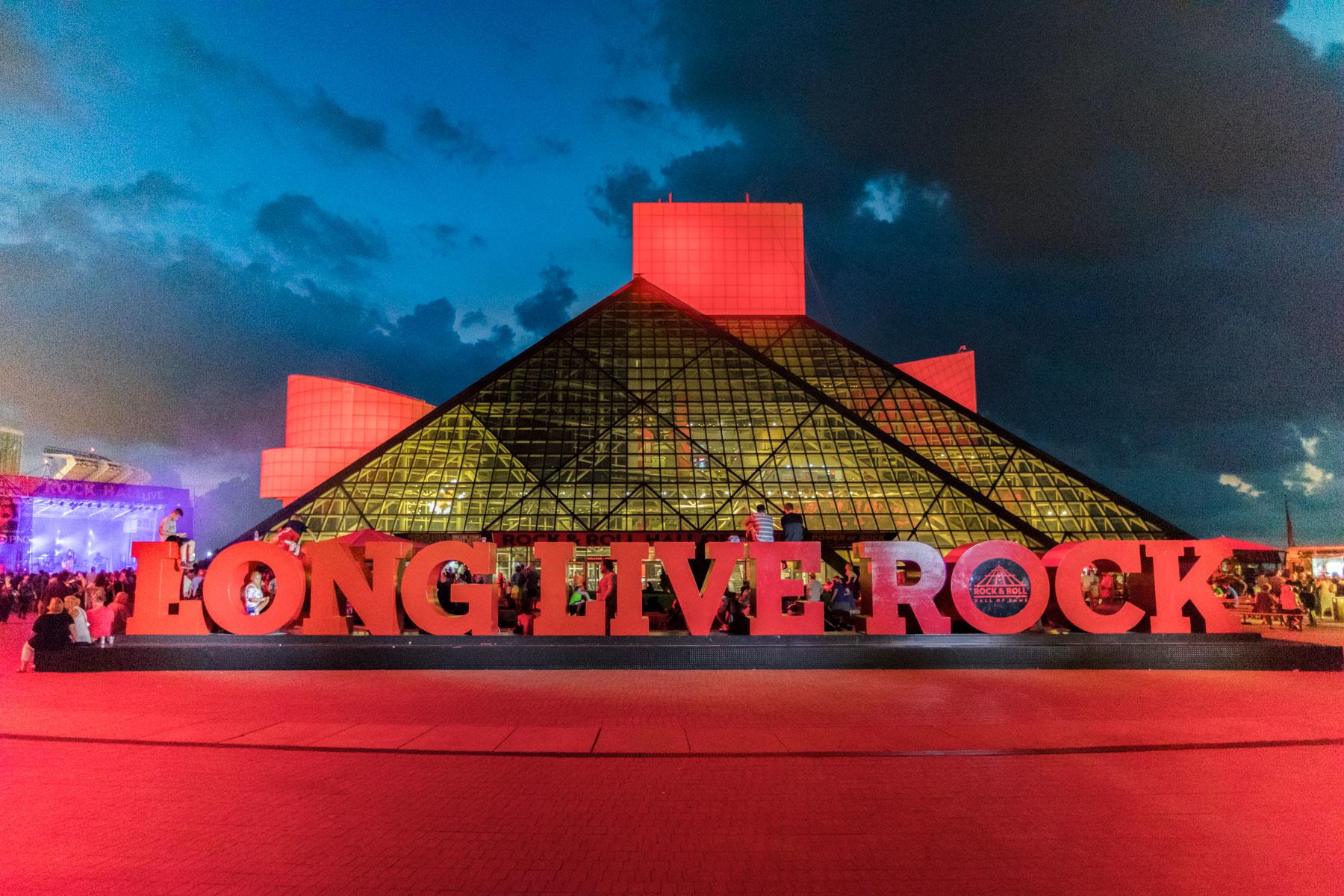 PHOTO: Cody York for Destination Cleveland
Previous Next
8 OF 12

Cleveland is more than just a sports town. A number of musicians and bands have come out of the city, including Screamin’ Jay Hawkins, Nine Inch Nails, and Welshly Arms. Cleveland Institute of Music trains the next generation of classical artists. Agora Ballroom is one of the city’s best performance spaces. The most important music-centric attraction is the Rock and Roll Hall of Fame, which has exhibits on every type of American music, not just rock. There’s also a section devoted to the music of Cleveland and the Midwest, which is a good primer for visitors. 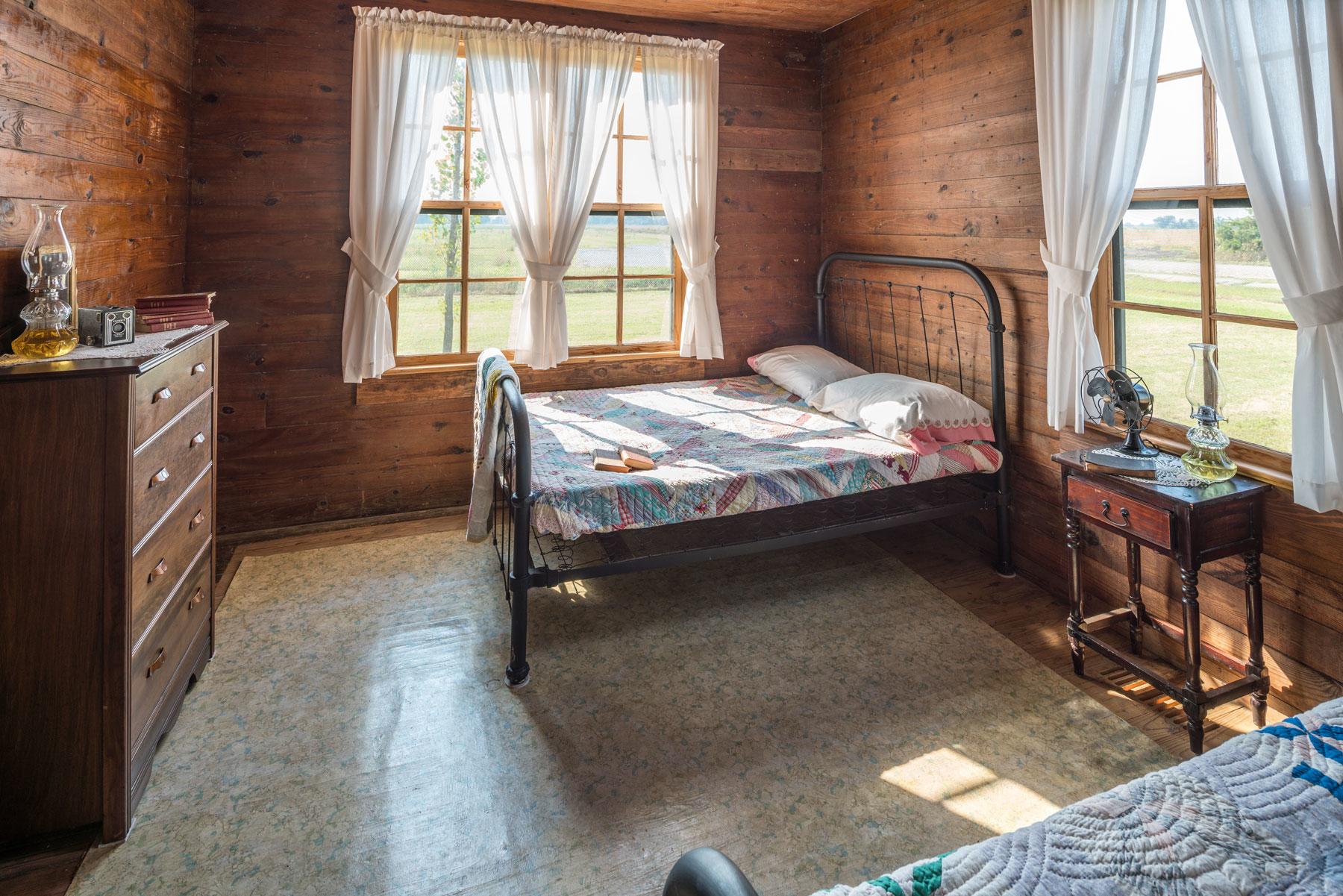 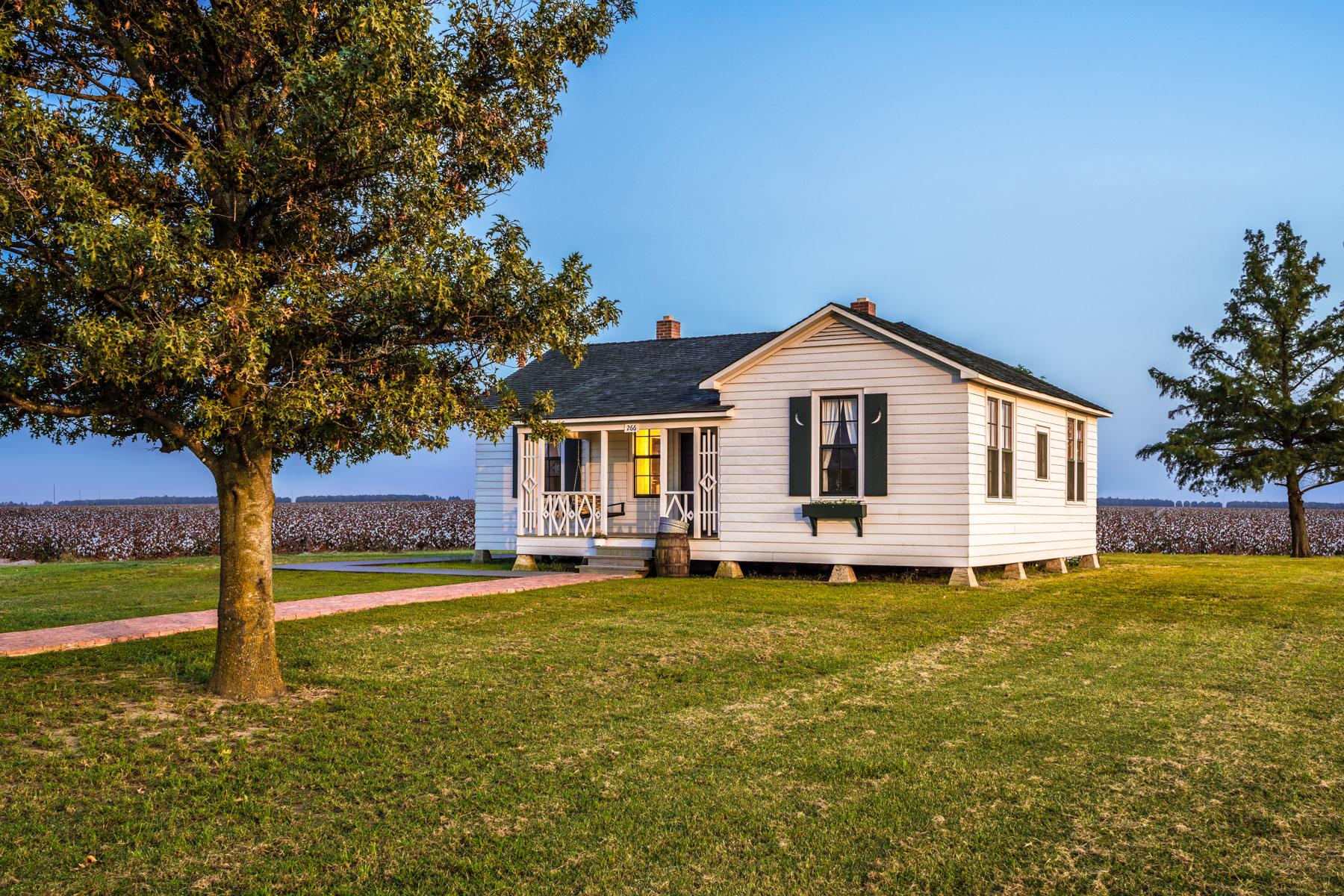 Plenty of people have heard of the Mississippi Delta, but Arkansas has a Delta too. The area that runs alongside the Mighty Mississippi has been influenced with similar foodways (hello, hot tamales!) as well as its blues music. Helena is the center of the state’s music scene, where artists like blues guitarist CeDell Davis and Grammy award-winning blues vocalist Willie “Big Eyes” Smith hailed from. The King Biscuit Blues Festival is the area’s biggest blues music event, named for King Biscuit Time, a radio show that started in 1941. The show influenced blues artists like B.B. King and Muddy Waters. In nearby Dyess, visitors can tour the childhood home of Johnny Cash. Walnut Ridge honors the brief time when none other than The Beatles visited the small Arkansas town for relaxation between gigs. 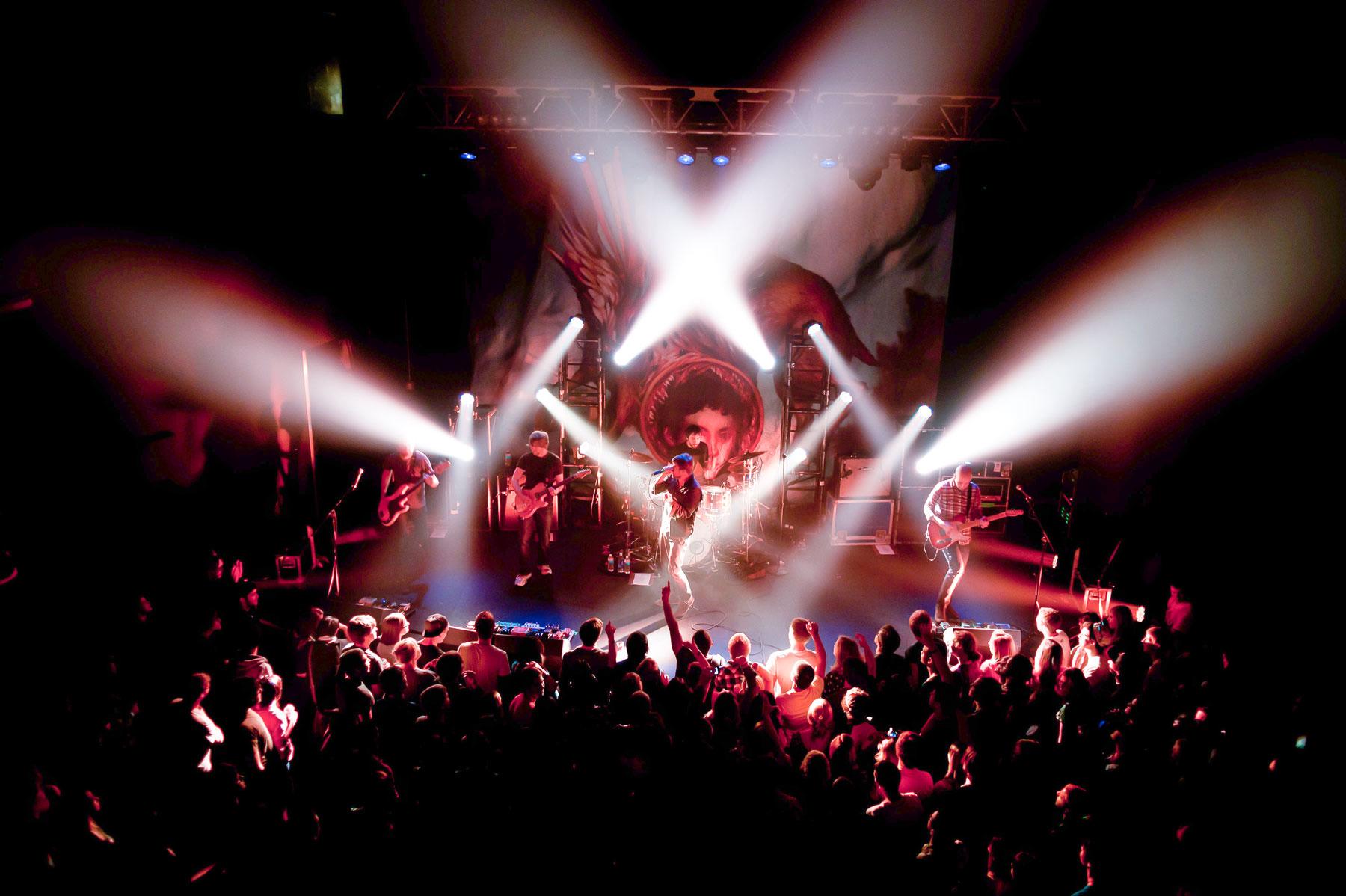 Nebraska may not be the first place you think of for music, but Omaha had a thriving blues scene starting in the 1930s. The establishment of Saddle Creek Records in 1993 led to decades of influential artists, including Bright Eyes and Cursive, both local bands, and later national acts like Rilo Kiley and Azure Ray. Many of these groups incorporated folk-influenced music of the Midwest. Visitors can check out the city’s music venues, which span across nearly every genre. The folks at Saddle Creek have Slowdown, a venue that hosts both the artists on their roster and other indie bands. The historic Sokol Auditorium and The Waiting Room Lounge are also favorites. 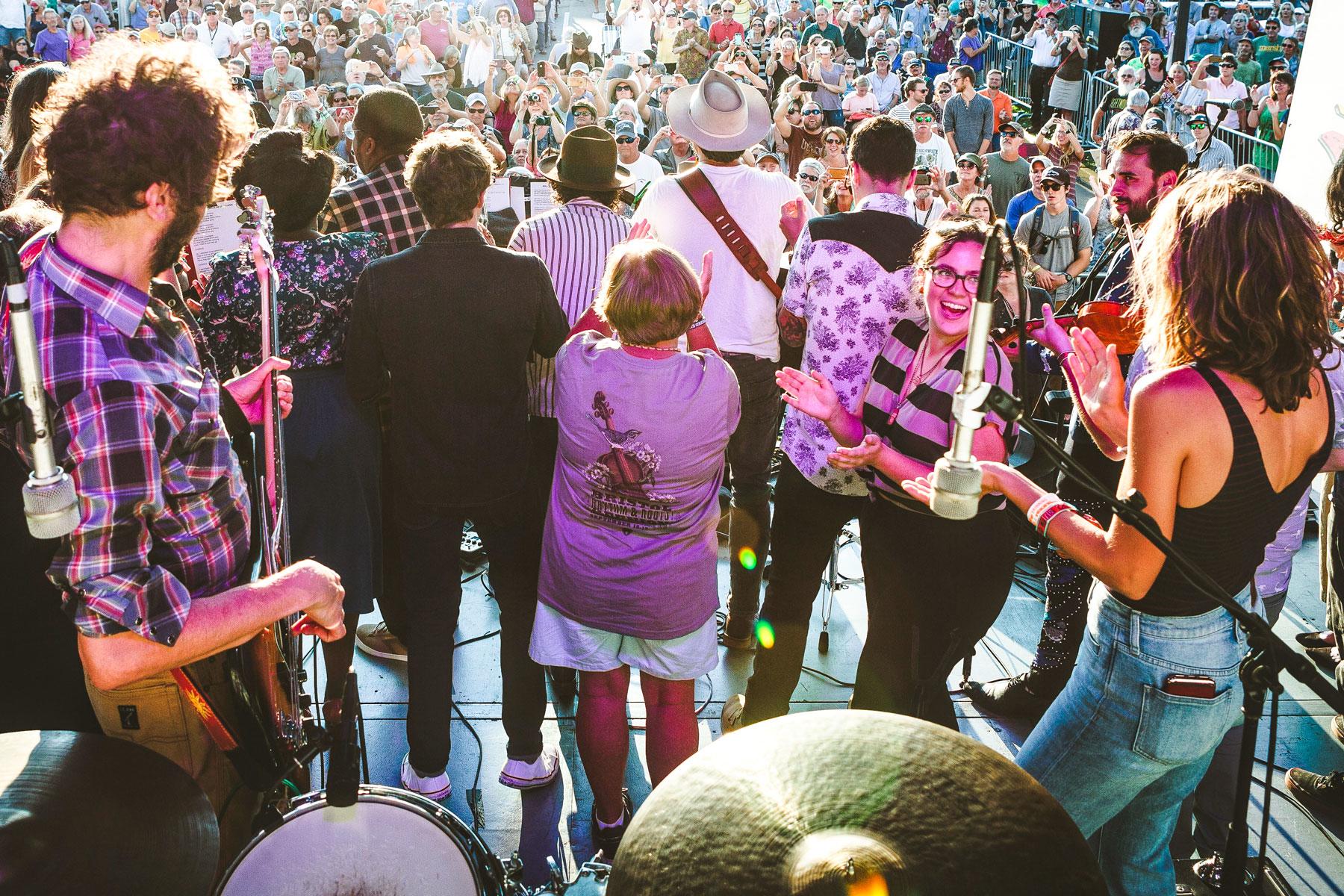 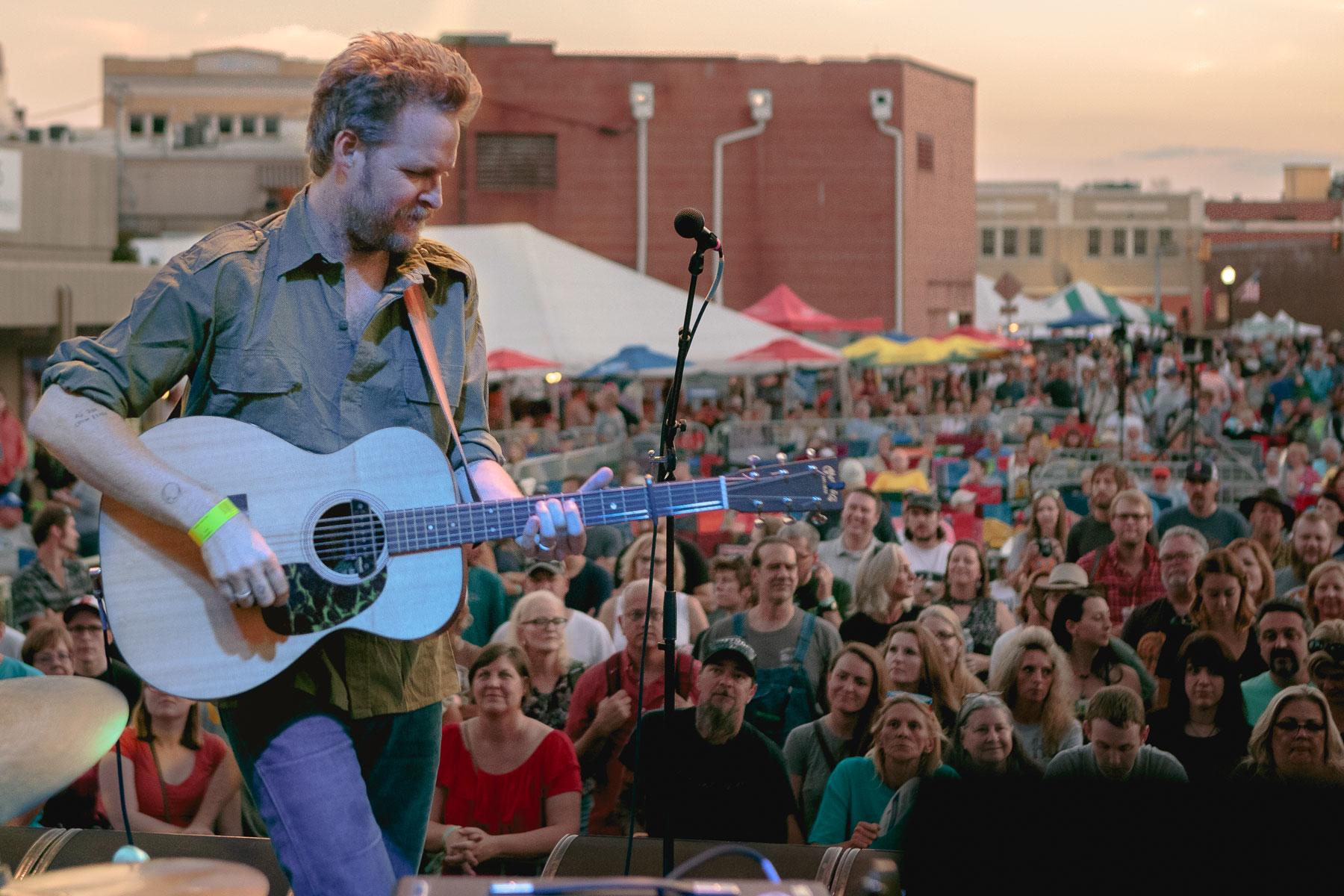 Nashville and Memphis don’t deserve all the glory because Bristol, which straddles the line between Tennessee and Virginia, is recognized as the “Birthplace of Country Music.” It started in 1927 with the “Bristol Sessions” recordings by Ralph Peer of Victor Records. The Carter Family was one of the first groups to come out of the area. Be sure to visit the Birthplace of Country Music Museum, a 24,000 square foot Smithsonian-affiliated museum which documents the town’s rise as a music capital. They also host events at the Paramount Center for the Arts. The smaller Mountain Music Museum covers the genres of gospel, bluegrass, and other Appalachian music with exhibits and performances. Plan your trip around the Rhythm & Roots Reunion which brings in big names from country, bluegrass, and Americana, including The Avett Brothers, Emmylou Harris, and Judah and the Lion. 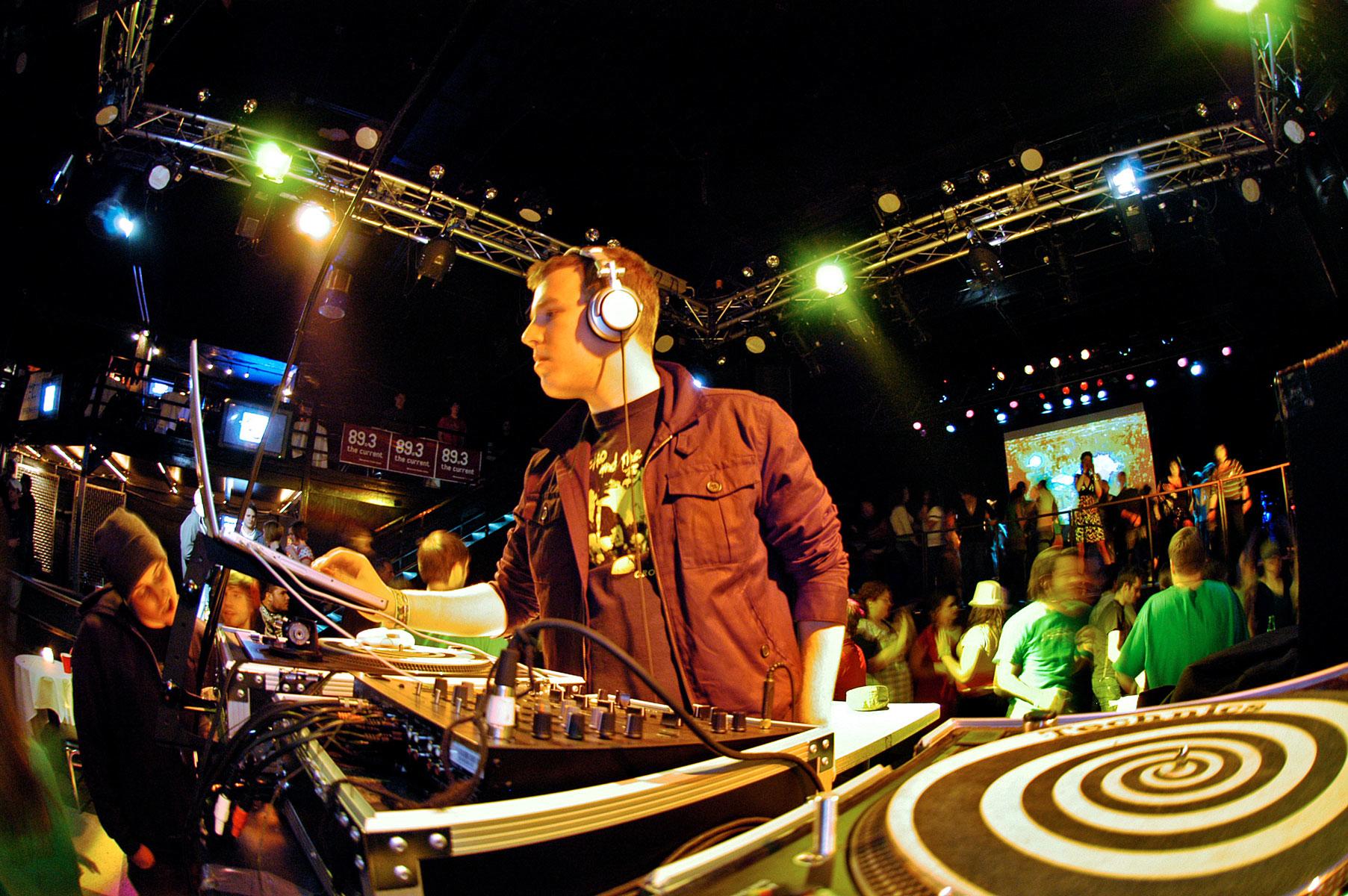 PHOTO: Photo by Dan Corrigan, Courtesy of First Avenue and Meet Minneapolis
12 OF 12

The music styles of the state of Minnesota started with the Minneapolis-born group The Andrews Sisters, who hit it big with songs like “Boogie Woogie Bugle Boy” in 1941. In recent decades, bands like The Replacements and Motion City Soundtrack have come out of the city. But there’s one artist who transcends them all: Prince. He signed his first contract at age 17 and kept his ties to the city throughout his life before passing away in 2016. Visitors can check out First Avenue nightclub, where Prince performed and later shot the video for “Purple Rain.” His name is just one of many on the stars painted on the exterior. He also recorded a demo at Sound 80 studio in Minneapolis, which had previously hosted Bob Dylan and Cat Stevens. The next generation of musicians studies at the city’s MacPhail Center for Music, which offers performances that are open to the public.