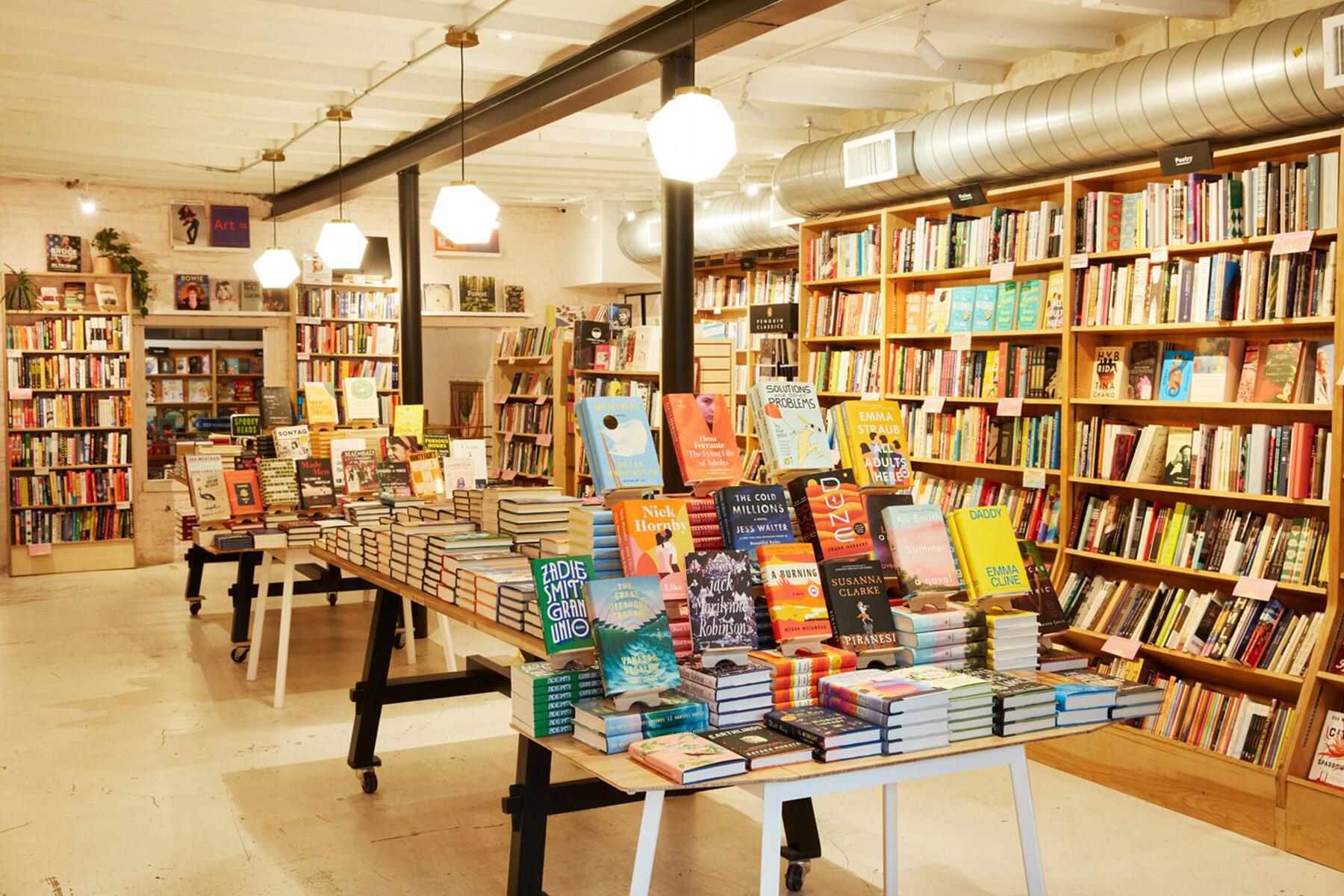 I met Lizzie at Yale Law School. I remember looking out my window and seeing her sitting with her black dog Augusta and smoking (a habit she later kicked). I thought, “That’s Elizabeth Wurtzel, author of Prozac Nation. She lives next to me. I wonder if we’ll become friends.”

Lizzie ended up being my closest comrade in New Haven, where we were eccentric misfits. For three years, we saw each other almost every day for law lectures, dog walks, and Curb Your Enthusiasm and Chinese food nights. After graduation, we continued to message regularly and I saw her every time I was in New York. For years, we talked about traveling together. When Lizzie learned about my perks as a travel writer–free flights and hotels–she joked, “How can I get in on this grift?”

In 2015, my friend was diagnosed with breast cancer caused by the BRCA genetic mutation. Two years later, over coffee, Lizzie revealed that doctors “had found a spot” in her bone. She told me not to worry, but I knew we couldn’t put off our travels any longer. I invited her to join me in Brazil for a week in April 2018.

It turned out to be the most meaningful trip of my life.

Anyone who’s met Elizabeth Wurtzel can attest that she was a “difficult woman”—and that’s exactly what made her a fierce, bewitching, intelligent, and beloved force. She was constantly late, but always had time for friends in need. Her long-winded conversations provoked and frustrated, yet left behind seeds that made you rethink everything.

It’s impossible to convey everything she taught me in nearly 14 years of friendship. But I can at least share a handful of distinctly Elizabethan lessons from our week in Brazil.

Always Show Up In Style

Ever since gracing the 1994 book cover of Prozac Nation in a crop top, Lizzie was known for her edgy personal style. At Yale, she was notorious for walking her dog in a miniskirt and four-inch platform boots. When we met up at our São Paulo hotel, for the first time in a year, I was startled to see her in flat shoes. Lizzie lamented that she could no longer wear heels, as neuropathy was a side effect of her cancer. She also told me she had gained weight after chemotherapy, although I couldn’t tell. Despite the disease’s ravages, Lizzie remained stylish as ever. She replaced her heels with equally glamorous silver Birkenstocks. Throughout the trip, she rocked oversized sunglasses, designer maxi dresses, and layers of bracelets.

Everyone told us São Paulo was an “ugly” city; a sprawl of skyscrapers and traffic jams. However, Lizzie and I chose to see the Jardins district by foot and discovered funky street art and 19th–century Portuguese architecture amid the grit. We strolled all day, taking a break for caipirinha cocktails (a refreshing mix of cachaça, sugar, and lime) at a cafe lit by glowing baskets.

That evening, my travel partner had to wrap her numb feet in socks and bandages. I was alarmed to see her mouth and eyes were chronically dry, and she had a rough cough. But Lizzie never once complained or held herself back from exploring. She taught me that no matter your circumstances, you can hold up your head, put on your chicest clothes, and keep moving forward.

Being Late Can Have Its Benefits

I’m the type of traveler who creates an itinerary to maximize my time. In contrast, Lizzie moved to her own beat and was consistently late for everything I planned. While this didn’t generally bother me, I worried that her tardiness would cut into the number of places we could experience.

We heard that São Paulo’s Beco de Batman, or Batman Alley, was a must-see. In the 1980s, a group of art students transformed this sketchy area into a maze of flamboyant murals, many of which poke fun at politics and pop culture. However, Lizzie arrived late to the hotel lobby, and the sun was setting by the time we secured an Uber. I fretted that it would be impossible to see and take photos of the art.

To my surprise, Beco de Batman was more captivating at night. The colorful walls were illuminated with dramatic spotlights. The daytime tourists were gone, and we were alone with young artists spray-painting psychedelic graffiti. As Lizzie said with a shrug, “These things always tend to work out for me.” Deviating from a set schedule can lead to unexpected magic. It was a lesson I’ll always remember.

Lizzie and I always bonded over our love of fashion. The day after seeing Beco de Batman, she took me to Adriana Barra’s boutique in São Paulo, which looked like a dollhouse draped in eclectic textiles. We gushed over one-of-a-kind garments covered in Amazonian flowers and Japanese cranes.

Lizzie never held back from spending on herself. Without hesitation, she got a screen-printed butterfly blouse for over U.S. $1,000. “Count pennies and splurge,” she quipped.

Lizzie was also incredibly generous to her friends. She insisted on buying me a silver choker, inspired by the curving architecture of Brazil’s Oscar Niemeyer, to commemorate our trip—something I wouldn’t have gotten for myself. While I haven’t attained Lizzie’s level of guilt-free self-spending, I do my best to carry on her generosity to others. Now, when I travel, I find myself picking up exotic ingredients and quirky earrings for people I love, and imagining her beside me.

On day four of our journey, Lizzie and I flew to Rio. I gave her a taste of the travel writing “grift” by acquiring sponsored rooms at a luxury hotel. She was delighted to have a modern suite overlooking Ipanema Beach. Wrapped in bathrobes, we drank yerba mate and watched young men play football by the ocean, beneath the twin peaks of the “Two Brothers.”

This five-star stay wasn’t exactly “free.” I agreed to review the hotel on my La Carmina blog, as well as deliver photos and social media. I also couldn’t refuse a business lunch with the PR representative. These meet-and-greets typically consist of small-talk. But Lizzie isn’t one to “behave.” She spoke her mind about U.S. and Brazilian politics and took the conversation to offbeat tangents such as animal rights. The PR lady had her mouth wide open at times, but I bet it was the most fun she ever had at a work lunch.

Lizzie’s lifelong outspokenness taught me to be brave. Why stick to safe topics? Isn’t it better to truly get to know a person and have a riveting dialogue? The next time I find myself leaning towards “niceties,” I’ll picture Lizzie waving her hands in the Rio restaurant, and instead speak my mind.

Be in Love With Art

Although Rio is best known for its beaches and outdoor attractions, such as Sugarloaf Mountain and Christ the Redeemer, we focused our trip on finding local artists. I’ll miss visiting museums with Lizzie. She had a way of making you feel the joy and power of art, especially by women.

Lizzie was dead set on seeing paintings by Tarsila do Amaral, a modernist I’d never heard of. On our last day together, we spent hours strolling around the Museu de Arte Contemporânea (which she called a UFO), discussing the works of four women who battled censorship during Brazil’s dictatorship. Thanks to her guidance over the years, I developed a passion for creativity in all its forms.

My friend and I were most moved by Oscar Oiwa’s installation at Japan House, called “Paraiso.” We pushed through an airtight flap and found ourselves inside an inflatable Garden of Eden. Lizzie sat on the ground, surrounded by forest creatures, trees, and swirls drawn with black markers. For 15 minutes, she was silent and simply took it all in. I snapped a photo of her in “Paradise” and she made it her Facebook banner, where it remains to this day.

Lizzie never spoke about her stage four cancer as anything other than a manageable bother. She said treatments were so advanced these days that she could have a normal lifespan. But my gut told me I only had a little time left with her.

I’m thankful for our Brazil trip, as it turned out to be our final adventure. Perhaps the last lesson Lizzie taught me is that travel creates some of the most important moments we have with loved ones. Travel can also bring us peace, when we’re acutely aware they will not always be with us.

I know readers worldwide will remember Elizabeth Wurtzel for her candid writing. But I’ll think of my friend surrounded by Brazilian art, giving the bird to the camera, smirking as she did on the cover of her book Bitch, forever wild and brilliant and impossible.