The 10 Best Steakhouses in Buenos Aires

While Buenos Aires is one of Latin America’s more cosmopolitan cities when it comes to dining, the capital city is especially known for serving up some of the world’s tastiest steaks. At Buenos Aires’ parrillas (steakhouses), sample grass-fed, organic, smoked, and dry-aged beef, and a vast array of cuts, such as entraña (skirt), ojo de bife (rib-eye), and bife de chorizo (sirloin strip steak). Parrillas are also the place to sample achuras (offal) such as sweetbreads, chitlins, and even beef brain—all components of a successful Argentine asado (barbecue). There are parrillas for every budget, from unmarked holes in the wall to five-star establishments attended by bowtied staff. 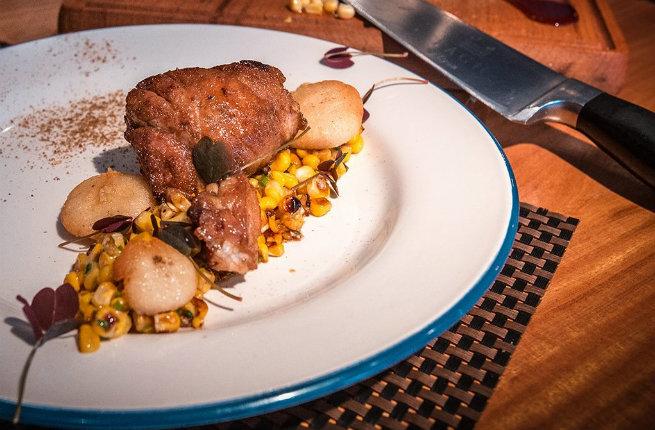 Housed inside a former butcher shop on a quiet Palermo corner, Don Julio manages to retain a  friendly neighborhood bodegón feel, despite landing a spot on Latin America’s 50 Best Restaurants list twice. Cow hides double as table cloths, brick walls are lined with bottles signed by grateful customers, and you can catch asador Pepe Sotelo in action at the grill. For the main event, warm up with lamb chorizo and goat cheese provoleta before moving on to grass-fed ojo de bife or lomo (fillet). An alternative to tender young beef is dry-aged, a new addition to the menu. Those in the know order entraña (skirt)–it’s not on the menu, but this slim yet tasty cut is a must-try. Don Julio’s excellent wine list showcases some of Argentina’s finest vintages. 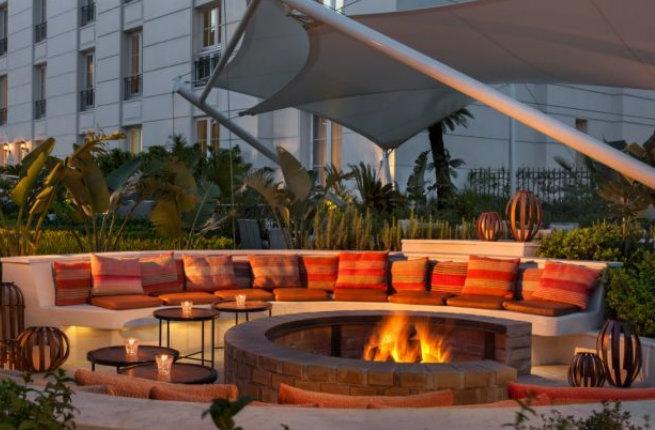 The grill at Nuestro Secreto, a restaurant tucked inside the garden at Four Seasons Buenos Aires, is artfully helmed by asadora Patricia Ramos. . Sunday brunch is the best time to go, when the glass roof folds back for al fresco dining and several generations of upper-crust porteño families gather to eat asado (barbecue). More importantly, Sunday is when Ramos starts up the fire pit to attentively grill whole lamb or pork on the cross spit, which comes complete with all the trimmings and attention to detail you’d expect from this hotel group.

Feeling flush? Head to this top-notch Puerto Madero parrilla and splurge on a Wagyu rib-eye, with succulent marbling that’ll bring a tear to your eye. Cabaña Las Lilas has an advantage over many other steakhouses in that they breed their own grass-fed cattle, which includes Hereford and Angus as well as pork. A traditional establishment located in an old warehouse on the west side of the once-bustling docks, service is efficient, and the wine list is lengthy—three sommeliers are on hand to guide diners through it. Sweetbreads, grilled provolone cheese, short ribs, and even the bread basket are also notable. 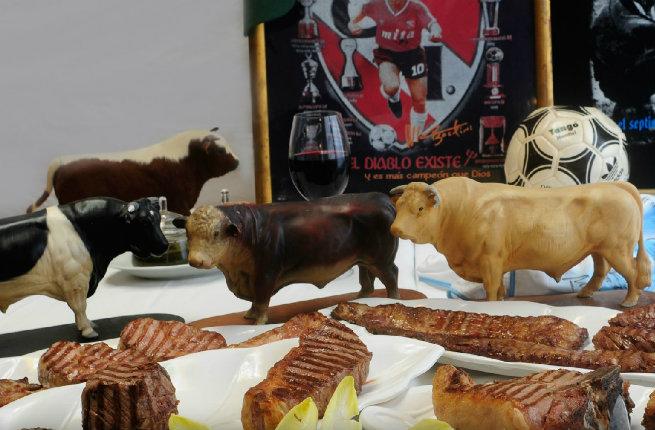 Watching your waiter carve up a hefty steak with a spoon never gets old, and it’s also a clear sign that you’ve happened upon a meat mecca. The 25-year success of this San Telmo establishment is due to owner Hugo Echevarrieta’s relentless quest to serve the finest beef in town; his efforts have attracted visits from the likes of Katy Perry, Eminem, and various local soccer legends whose team colors and shirts adorn the walls. With a strong line in beef and lamb chitlins, short ribs and rib-eye are two delectable cuts to sink your teeth into, best paired with French fries.

In keeping with its name—which translates to “the little secret”—there’s no sign outside this dive bar-meets-steakhouse. To find it, simply look for the mirrored façade. One of Buenos Aires’ best-kept secrets is out: the two-floor restaurant serves some of the best beef in the city. Revered by Argentines and expats alike, this joint always packs out, so book ahead. Opt for abundant entraña or bife de chorizo steaks, all large enough to share and best paired with a mixed salad and their signature fries.  There’s plenty of space upstairs for larger groups. 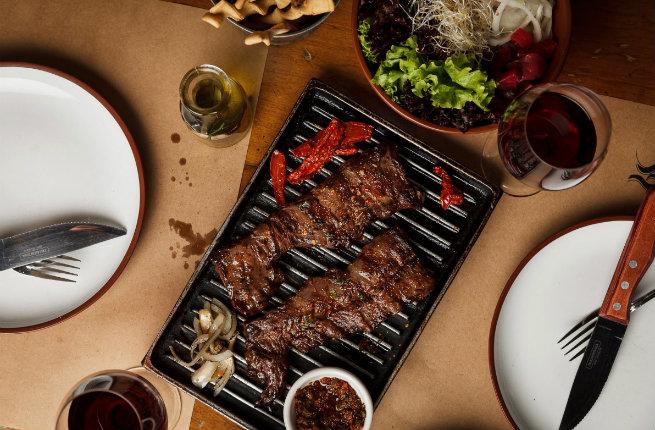 Warehouse-chic rules at Miranda, one of Buenos Aires’ more contemporary steakhouses that sports a vast open-plan grill in full view of the restaurant. Midday attracts a throng of workers from nearby offices in Palermo Hollywood keen to make the most of the special lunch menu; dinner takes on a more romantic vibe, with couples gazing into each other’s eyes across medium-rare flank. Order the house specialty ojo con el bife that’s overflowing with roast potatoes and a red bell pepper stuffed with a fried egg. After 12 years grilling, this parrilla is just as popular as ever, so book ahead.

Grilled meat is an obsession on both sides of the River Plate, and El Pobre Luis in the Belgrano neighborhood is a great example of a Uruguayan steakhouse. While Luis himself is no longer with us, his restaurant legacy—which doubles as a vibrant soccer shrine covered in shirts, flags, and memorabilia from his homeland—continues to serve up an abundance of meat. The star Uruguayan turn is pamplona, chicken breast or fillet stuffed with mozzarella, ham, and bell peppers, then wrapped in the same. Other hits include tender ojo de bife and skirt steak. The French fries are simply perfect. 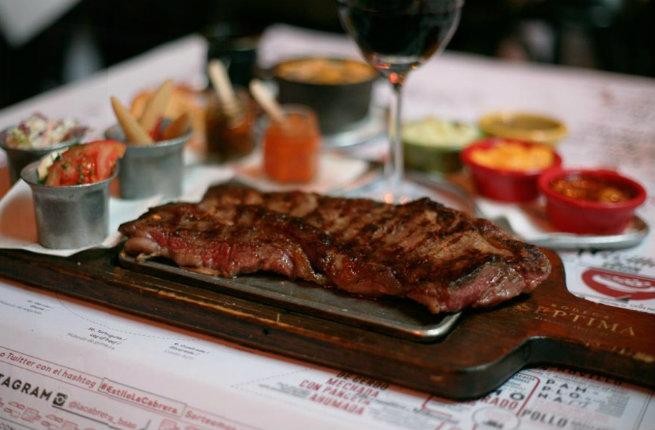 Your Instagram followers will drool at the sight of La Cabrera’s bife de chorizo, which the restaurant serves as huge, brick-sized slabs.  Beginning with one location on a corner in Palermo, La Cabrera’s cuts swiftly gained popularity, and the chain now occupies three spaces on Cabrera Street. Still, there’s no guarantee you’ll get a seat—patrons line up by 6:45 pm in anticipation of the nightly happy hour from 7 to 8 pm, which  offers 40% off your meal. Opt for a more leisurely dining experience (trendy among Brazilians) but be warned: lunch or dinner can easily stretch to four hours after sharing empanadas, provoleta, sweetbreads, salad, and the vast array of tiny yet tempting side dishes. Ask about the dry-aged selection.

Step back in time for an authentic porteño experience at the iconic El Obrero, which has been slicing up prime cuts since 1910. Located in the stark and predominantly working-class neighborhood of La Boca (we recommend taking a cab here and back at night), sports fans will revel in the soccer and boxing memorabilia that lines the walls. Décor has changed little since the 1950s at this classic bodegón, anddespite the rough and ready appearance, service here is extremely hospitable. As for the steak, order bife de chorizo (sirloin strip steak) or asado de tira (short ribs) with papas españolas, both house staples for decades. Cash only.