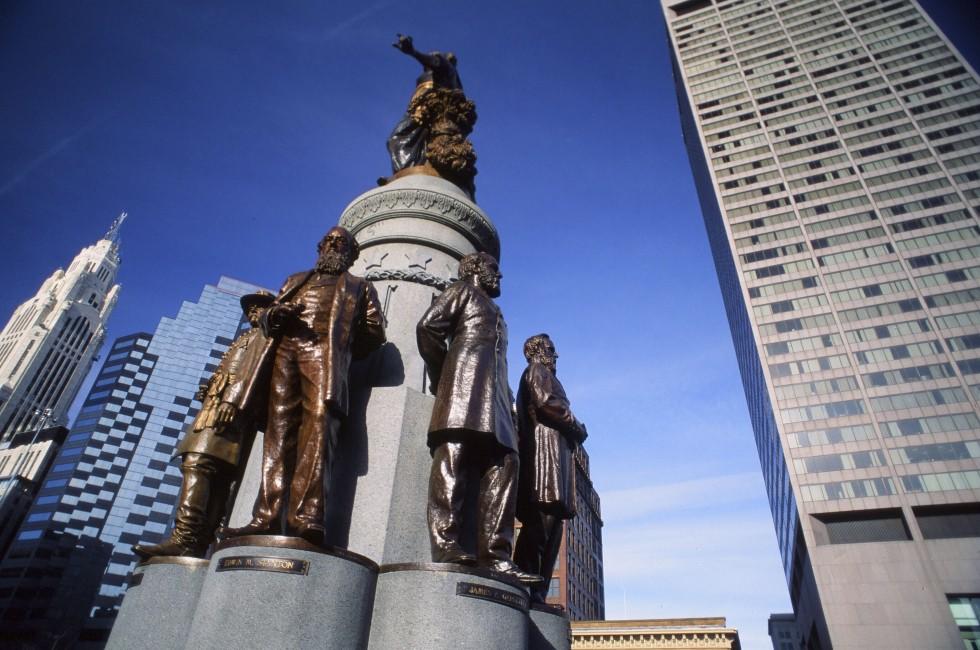 Even when the rest of Ohio began to suffer industrial decline in the second half of the 20th century, Columbus grew, primarily because its economy is based on state government, education, finance and insurance, and light industry. Continued prosperity has made Columbus an attractive place to live and visit. The city is home to Ohio State University, which is the state's largest academic institution, with more than 50,000 students. Another well-known local institution is the Columbus Zoo, one of the nation's most acclaimed.

Recommended Things to Do in ColumbusSEE ALL

Find the perfect tours and activities in Columbus.

Recommended Hotels in Columbus SEE ALL

Recommended Restaurants in Columbus SEE ALL

Find the best food tours and activities in Columbus.

The four seasons in Ohio are quite distinct. Spring can be cloudy, chilly, and rainy with occasional teases of summerlike weather. Summer can...Read More

Discover the best neighborhoods in Columbus with curated recommendations from our editors.

The four seasons in Ohio are quite distinct. Spring can be cloudy, chilly, and rainy with occasional teases of summerlike weather. Summer can...Read More

Discover the best neighborhoods in Columbus with curated recommendations from our editors.

The First Craft Beer Hotel Will Have Beer-Filled Jacuzzis (and Other Beer Things Everywhere)
Literally everywhere is a bar at this hotel.

5 Reasons to Visit Columbus This Summer
Come to Columbus for the craft-brews and stay for the gorgeous bike rides, eclectic local art scene, fresh local fashion offerings, and truly outstanding breakfasts (not to mention desserts).

Top 5 Best Columbus Day Deals
Looking for a last minute deal to hightail it out of town this weekend? Check out our top picks, for but don't despair if you have to postpone your escape—several offers are valid through the end of the year.

50 Reasons to Visit Every U.S. State Capital
Though some of the country’s state capitals are already popular tourist destinations, many are hidden gems that, despite their important governmental roles, don’t often make it onto travelers’ radar.

Oktoberfest Celebrations this Side of Munich
Two hundred years ago, on October 12, 1810, Crown Prince Ludwig (who would later become King Ludwig I of Bavaria) married Princess Therese of Saxony-Hildburghausen. The royal festivities that followed became an annual tradition: the Munich festival now known the world over as Oktoberfest. Even if you're not Munich-bound for the festivities, you can don a dirndl or lederhosen and grab a <em>bier</em> at these local events instead.