Big cities are where gay Pride first blasted off, most famously in New York City in June 1969. There were similar LGBTQ civil-rights protests too in Los Angeles, Philadelphia, and San Francisco as far back as 1957. But over the past half-century, gay-liberation marches evolved, repurposing the original 1966 P.R.I.D.E. acronym (Personal Rights in Defense and Education) into an out-and-proud assertion of justice, dignity, and celebration. Today, LGBTQ protest marches and rallies double as parades and festivals around the world, all year round. It’s no longer just large cities leading the charge, though. Here are 11 of the most fabulous Pride festivities happening in smaller cities across North America (and Guam!). 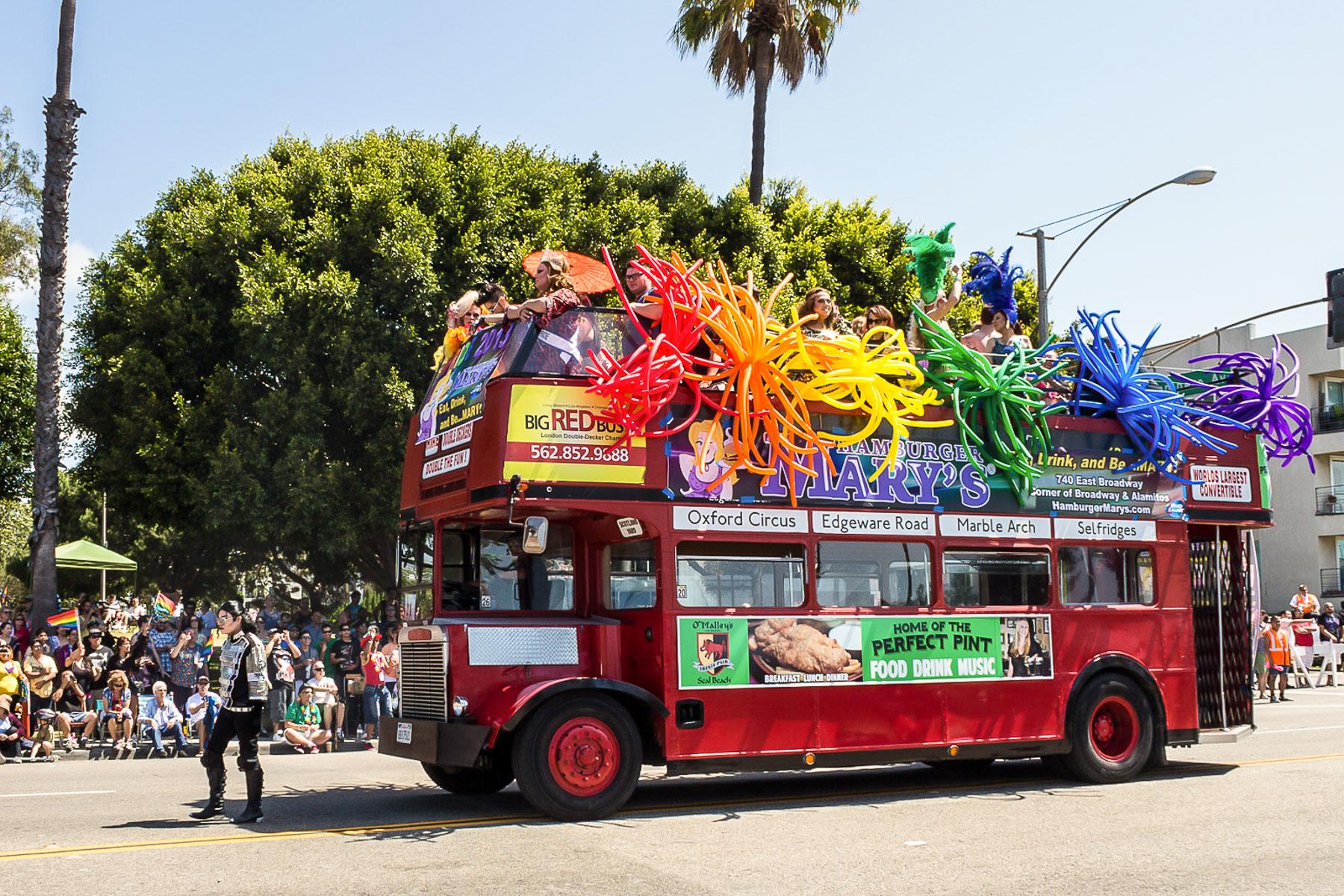 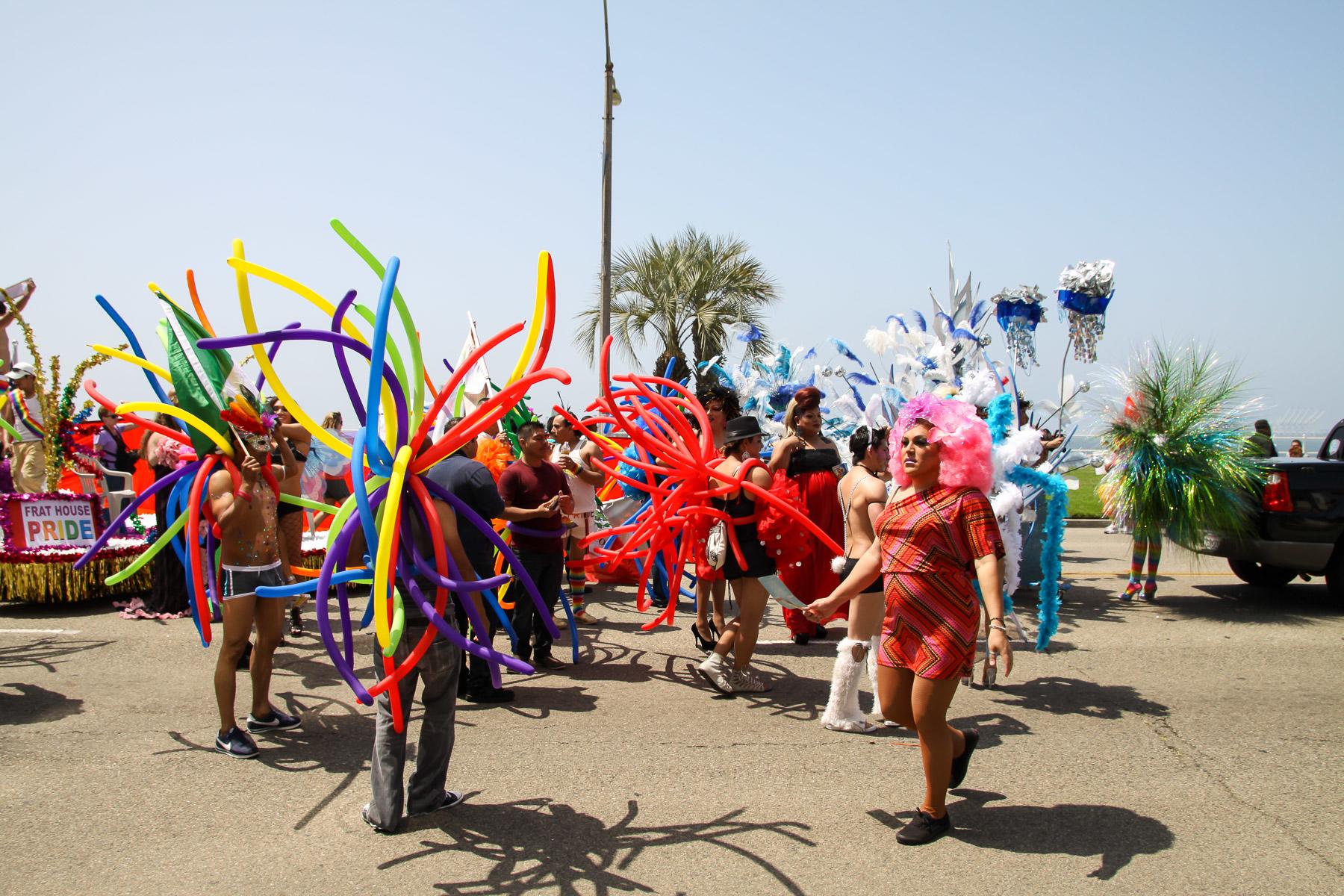 The LGBTQ community of Long Beach was strong well before out-and-proud gay Mayor Robert Garcia was elected in 2014. But it’s the city’s 35th annual Long Beach Lesbian & Gay Pride Festival & Parade that shines brightest. Happening this year on May 19 and 20, the event draws throngs of Californians to the parade and festival in Shoreline Village Park. The grounds are enclosed for Pride with a $25 entry ($20 in advance) that grants access to a stellar lineup of live music and performances on several stages, this year headlined by percussionist Sheila E. 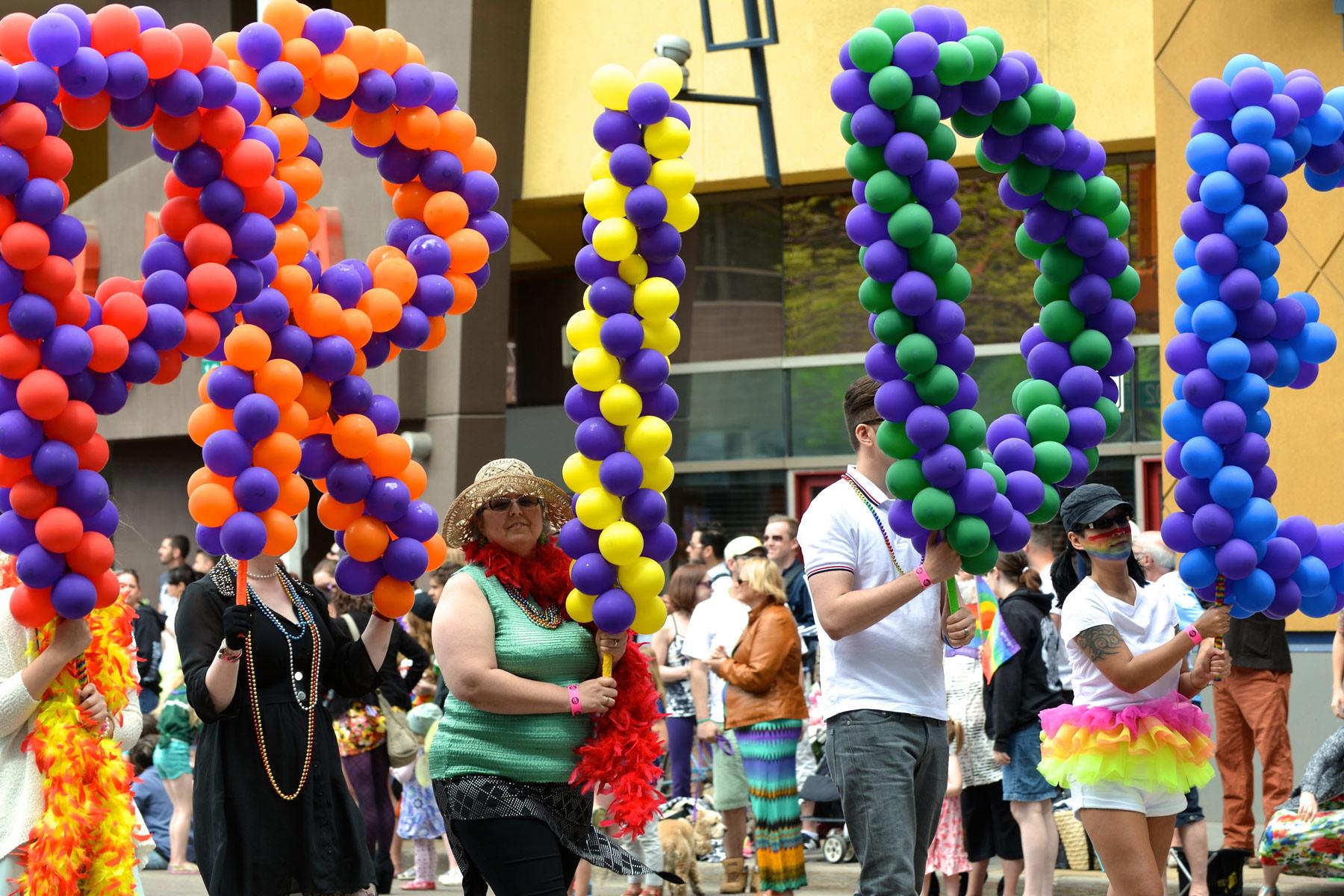 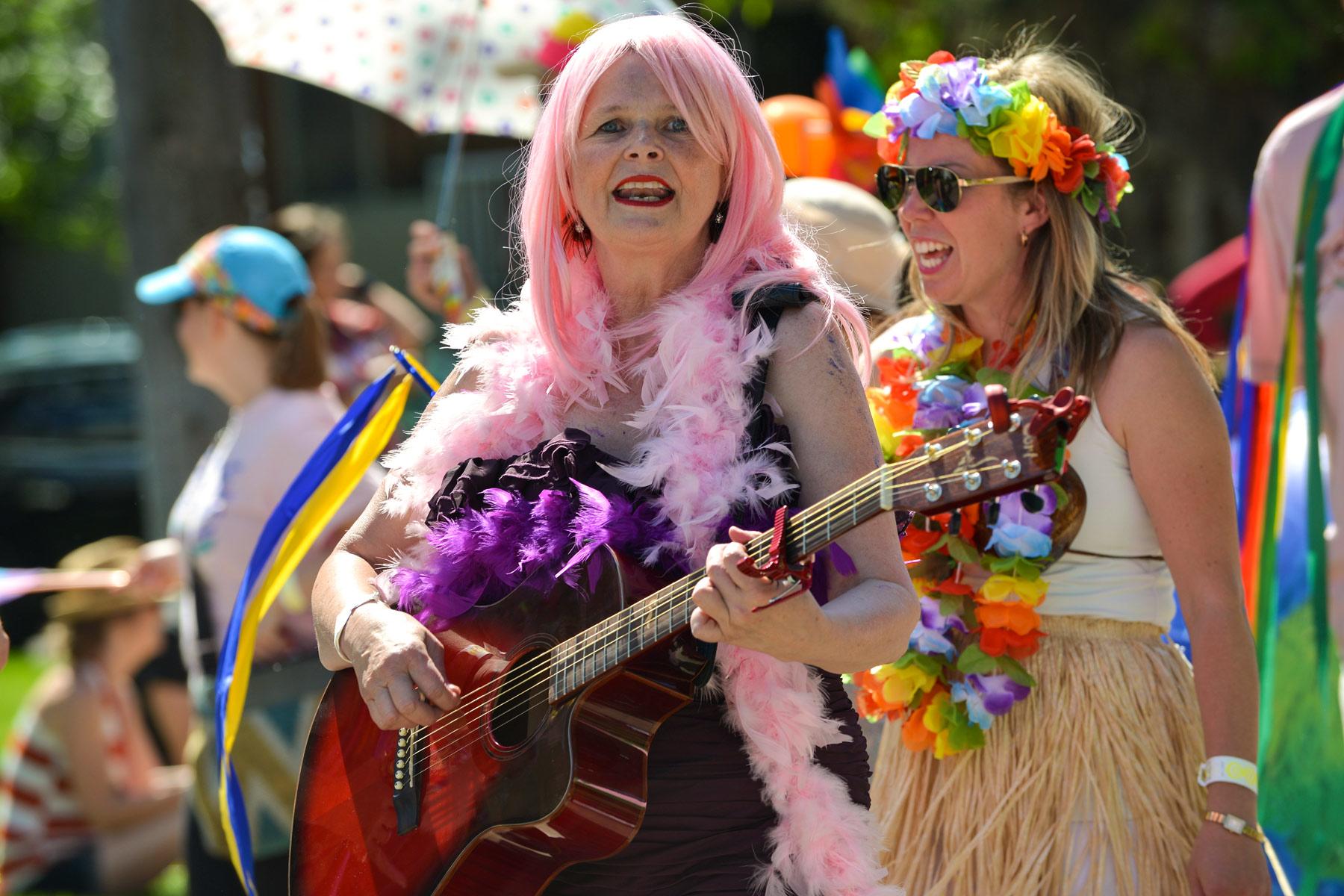 The central-Alberta capital city of Edmonton may seem remote or even rural, but the local LGBTQ Pride Society has been hosting a fantastic annual march since 1980. Today the Edmonton Pride Festival is a 10-day extravaganza of education, arts, fashion, sports, and culture set for June 8-17 (though it hosts related special events and fundraisers all year round). This year the “full spectrum” theme launches with the June 9 parade, followed by the annual Pride in the Park Festival. The rest of the week brings community-building events for youth, a special Shabbat dinner, drag-queen bingo, local-hero awards, interfaith services, special cinema screenings, wine tastings, and other fun stuff that make Edmonton one unforgettable Pride city. 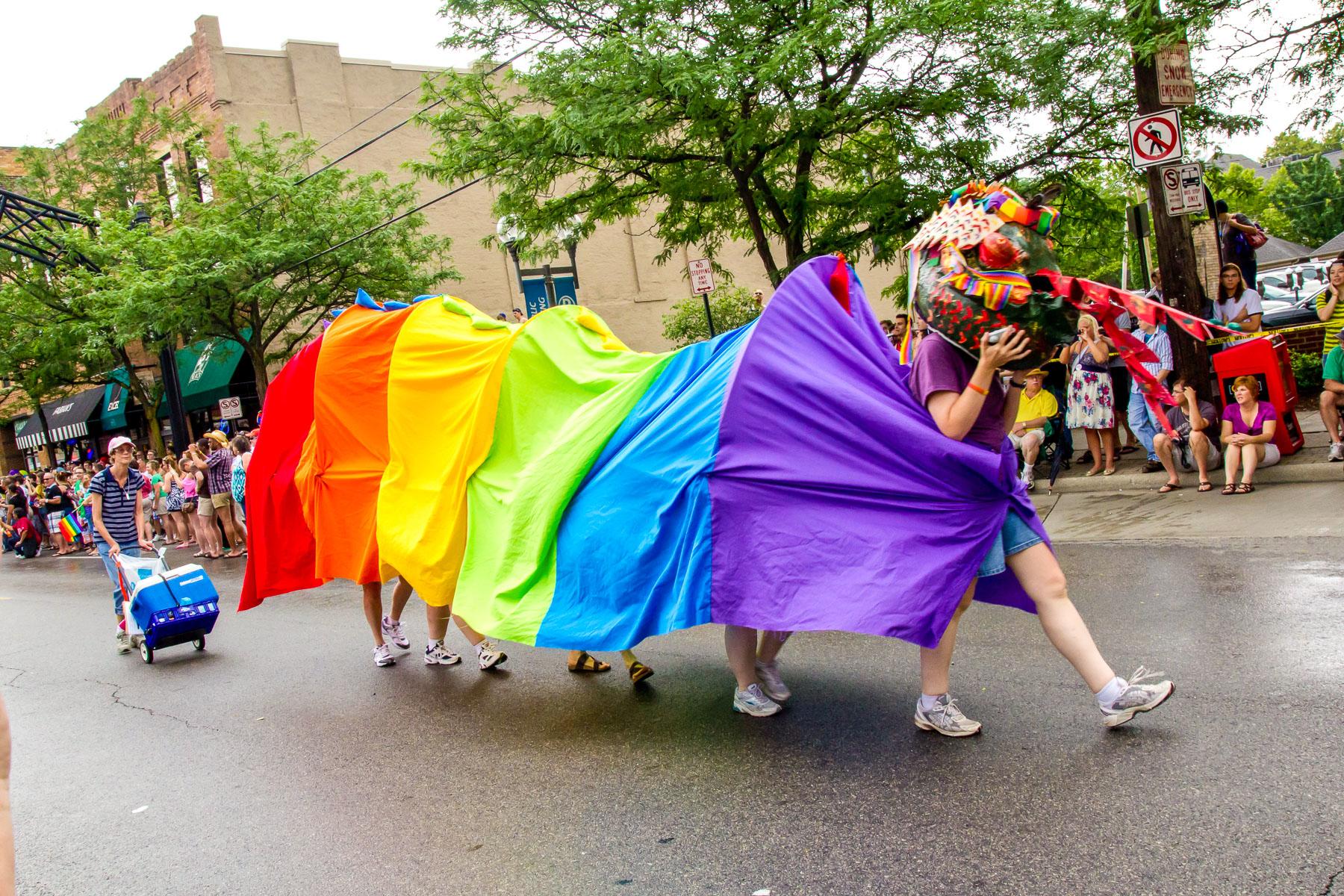 In Ohio’s dynamic capital city, Stonewall Columbus Pride is a chance for the state’s LGBTQ community to gather, communicate, and celebrate on the shores of the Scioto River. Organized by the central-Ohio LGBTQ community center, this year’s march and festival take place June 15-17, along with the annual Jaeger 5K Run for Pride, Sunday Pride Brunch, and other social and cultural events leading up to the big weekend. The 2018 Grand Marshal and entertainment lineup have yet to be announced, but you can expect flashy things to happen in both Bicentennial and Genoa Parks, especially on the sure-to-be colorful Drag Stage. 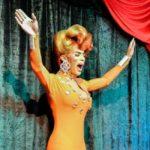 RELATED STORY
Slay Across the Plains: Where to Find Drag Culture in the Midwest and Texas 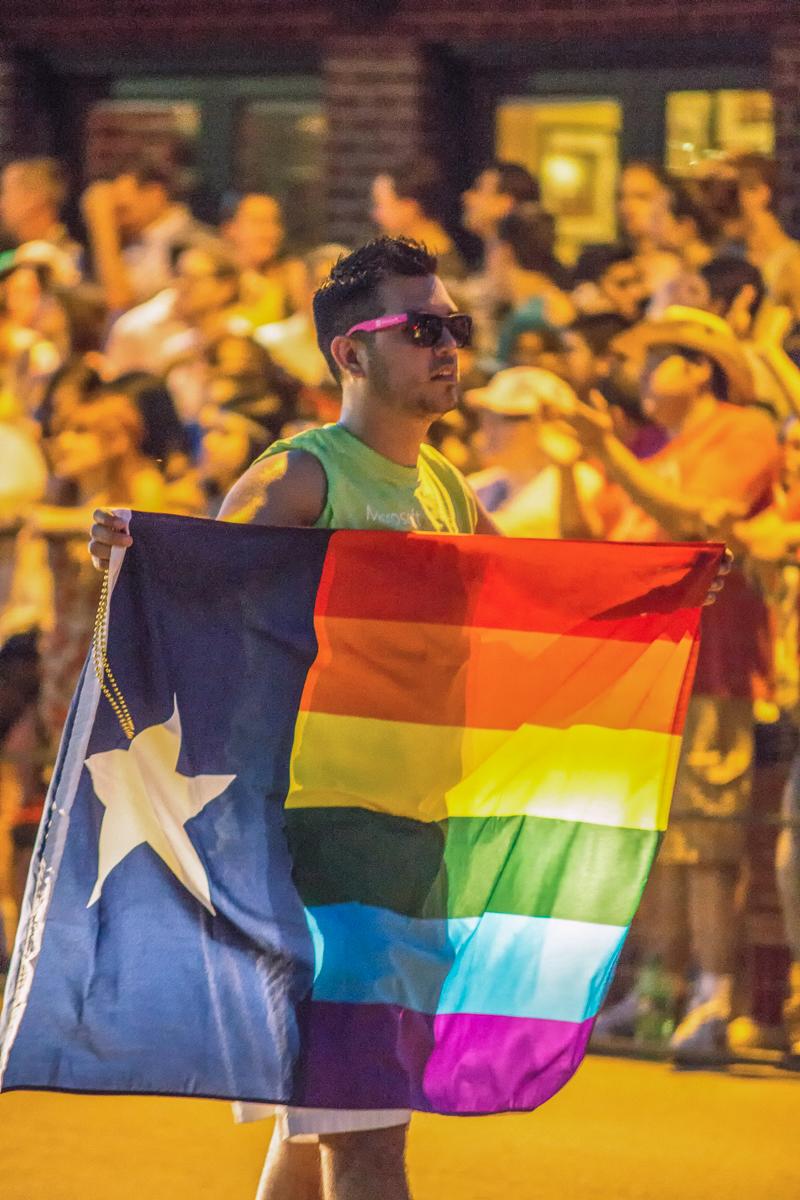 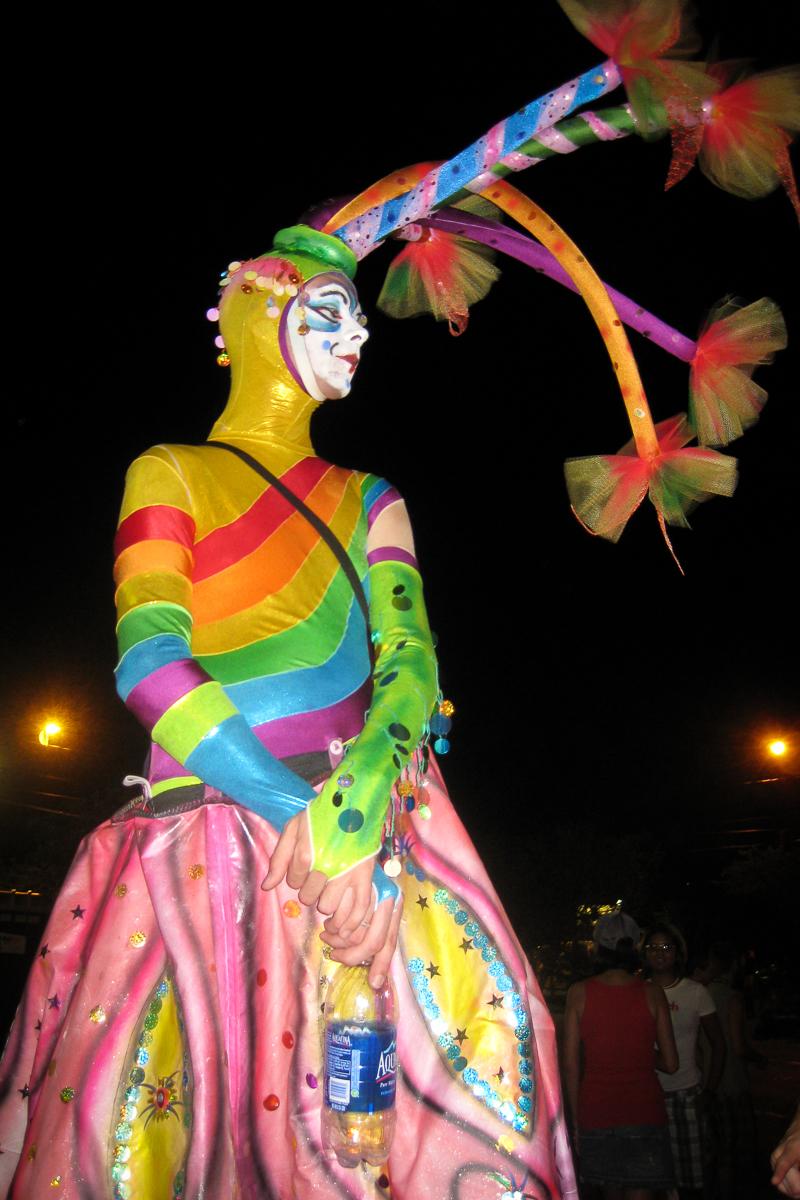 Between surviving Hurricane Harvey and seeing its Astros win the World Series, Houston has gone through some major lows and highs over the past year. But this spring will mark yet another momentous occasion, as the Houston Pride Festival marks its 40th anniversary. You might be surprised to learn that it’s America’s fourth-largest Pride, with more than 700,000 annual revelers. The long-weekend event kicks off June 19, culminating in the blowout annual festival and parade on Saturday, June 23 right outside Houston City Hall. 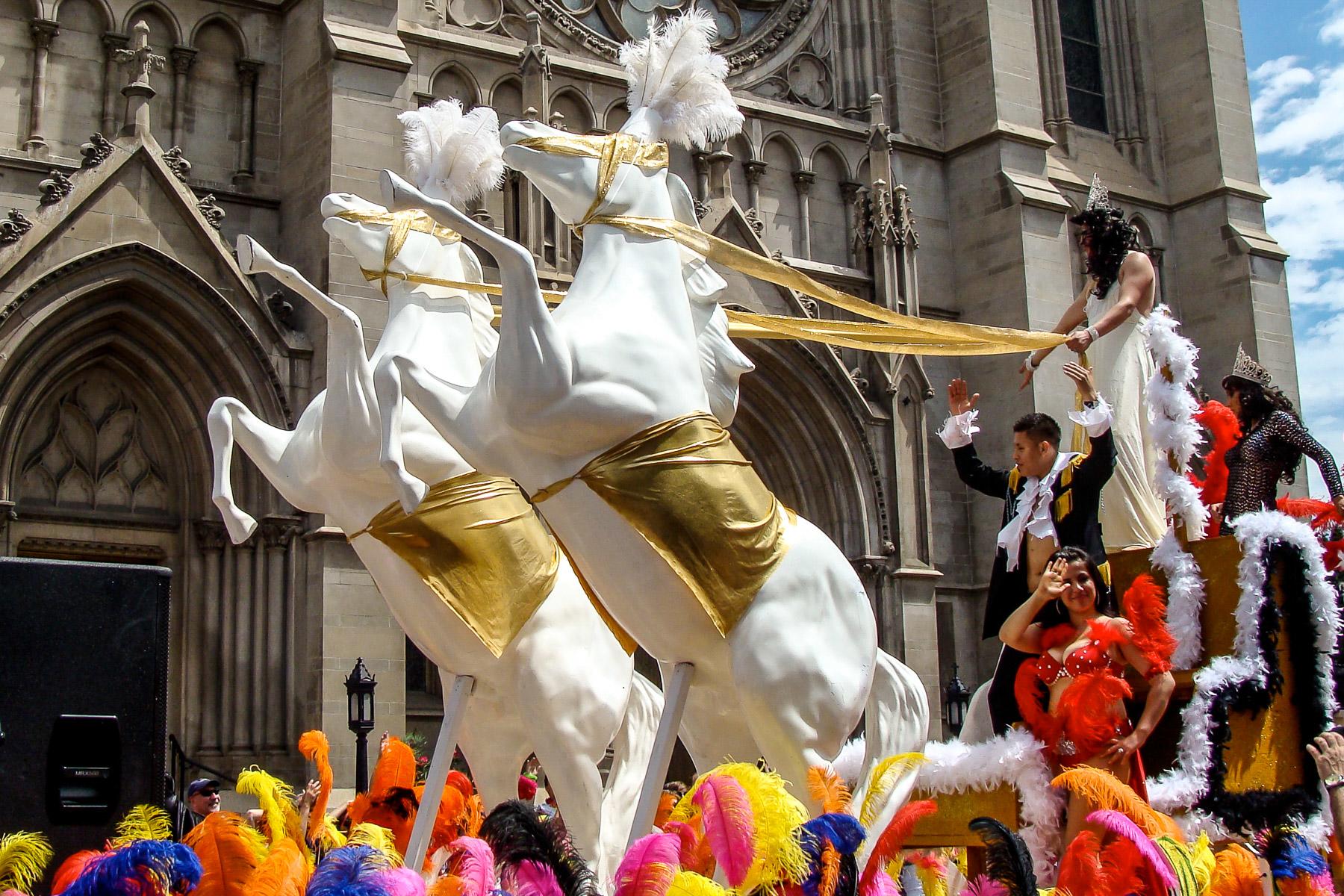 Maybe it’s not surprising that Denver hosts a vibrant Pride event, but it is incredible that the festival transforms the heart of town into a sea of LGBTQ culture and revelry. Nearly a quarter million attendees will descend on Civic Center Park, a stone’s throw from the gilded state capitol, on June 16 and 17. The weeks prior bring a mix of other events from Capitol Hill to RiNo and beyond, including screenings, all-faith services, and a 5K run, plus weekend-long parties and a blowout lineup of live performances at the festival—all capped by the big parade from Cheesman Park, past Denver’s dynamic GLBT Community Center, into the Civic Center.

This spring brings the second annual Guam Pride to the compact Pacific island. Part of the Mariana Islands and a U.S. territory, Guam is home to just 162,000 residents who understand the importance of community and inclusiveness. In that spirit, the rainbow-clad weekend aims to commemorate and educate Guamanians about LGBTQ culture and liberation. The weekend launches with an opening party on May 31, culminating with the June 2 march and festival in the capital city, Hagatna—with the support of the Guam Visitors Bureau, local business, and the International Gay and Lesbian Travel Association. 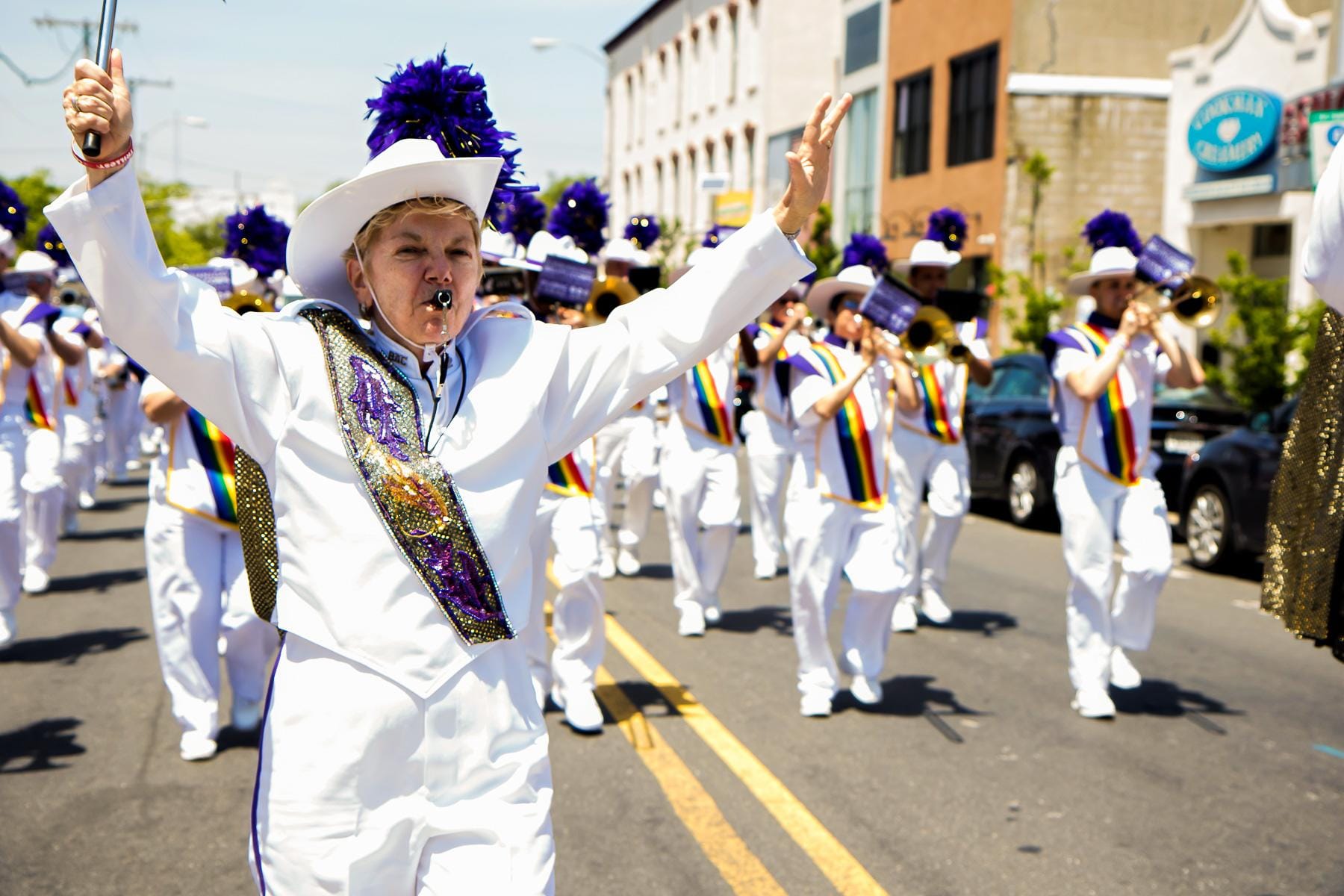 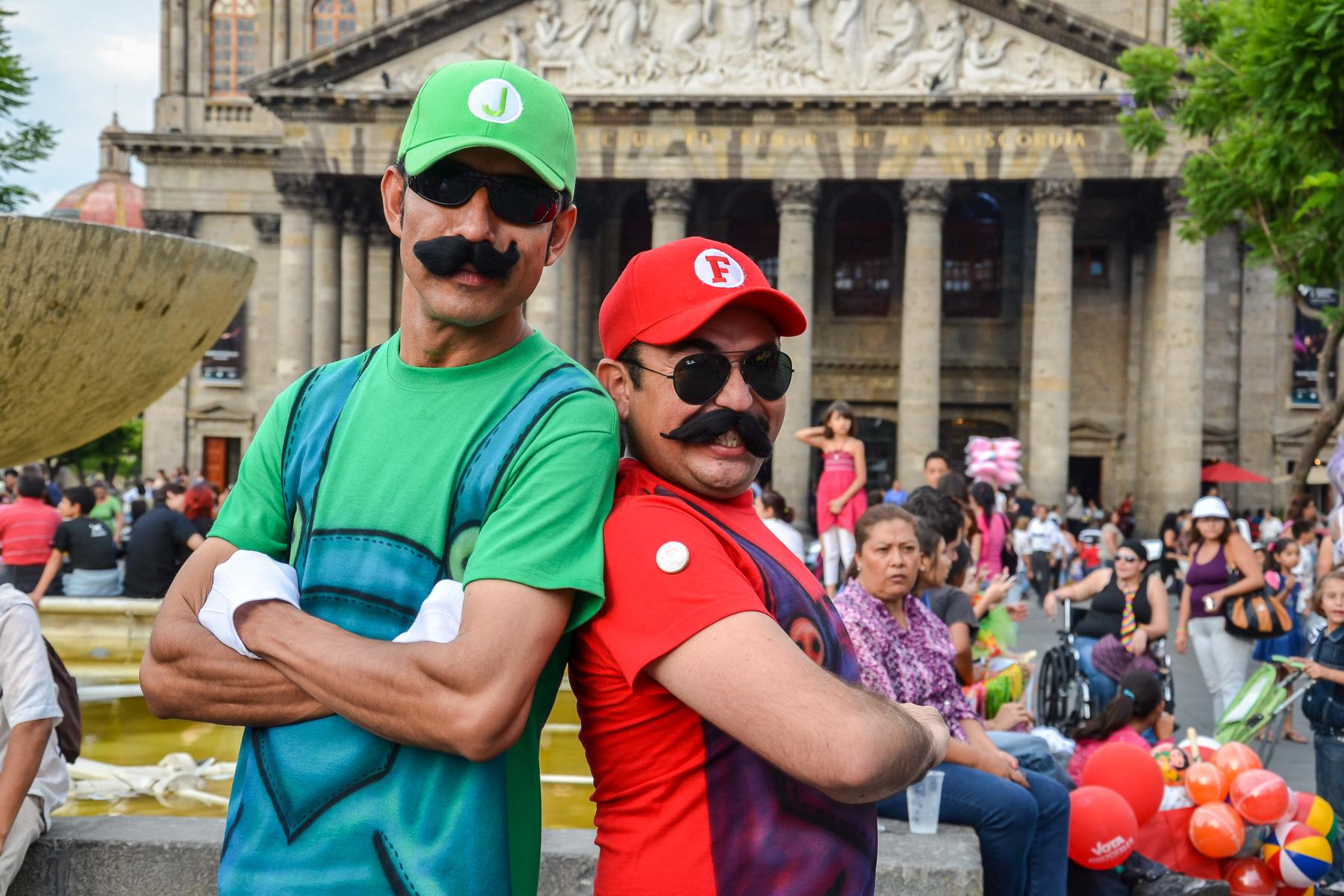 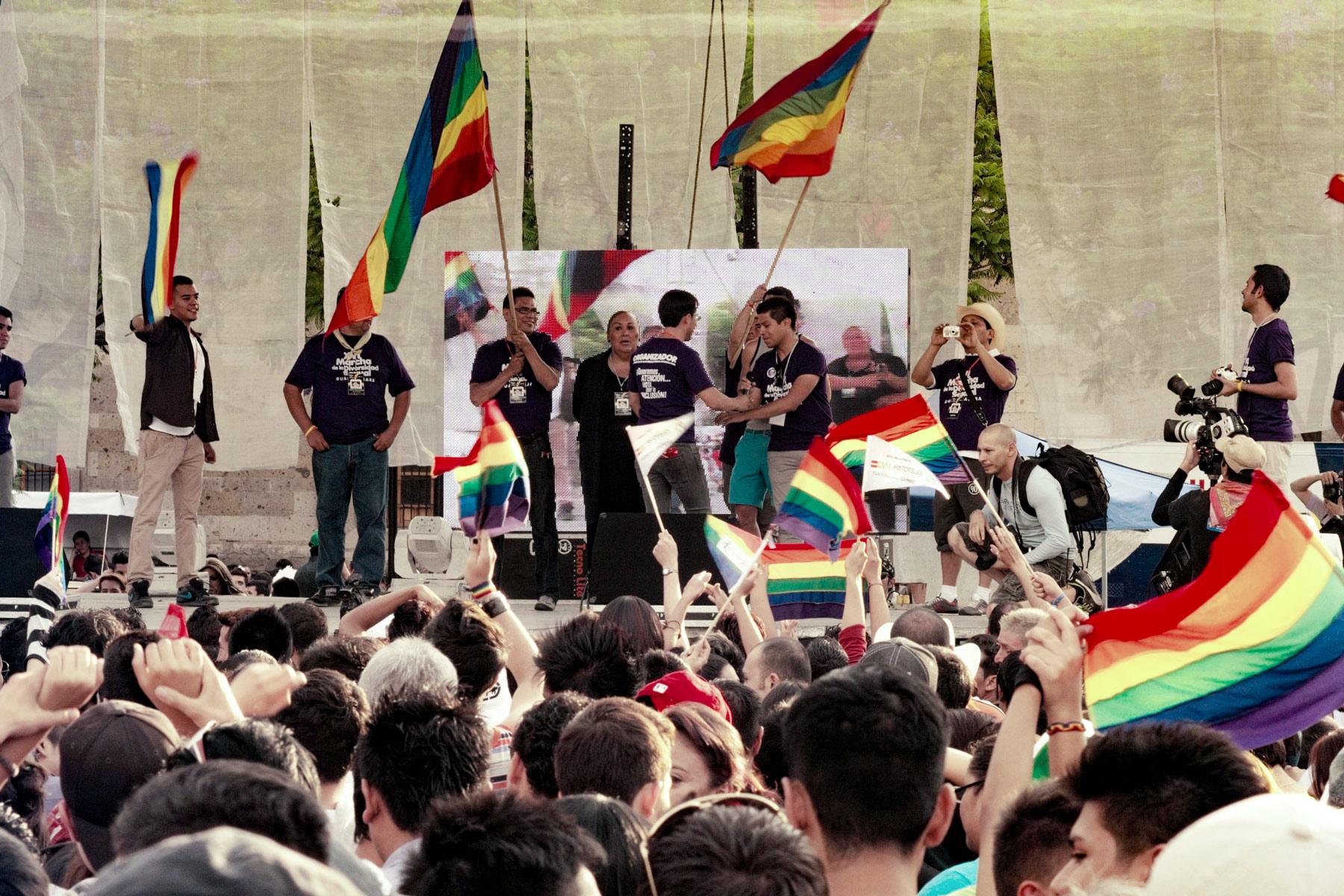 Nearly half of Mexico’s 31 states offer marriage equality, but there’s still lots of support for the LGBTQ community that manifest as Pride celebrations from coast to coast. Guadalajara is home to one of the most festive, hosting Desfile del Orgullo (“Parade of the Pride”) since 2014. This year the big march happens on Saturday, June 2nd, starting from the massive Glorieta Minerva monument and traveling to the city’s main square, Plaza de la Liberación. The day-long event is flanked by weekend parties and performances throughout gay-friendly Centro, Zona Rosa, and beyond. 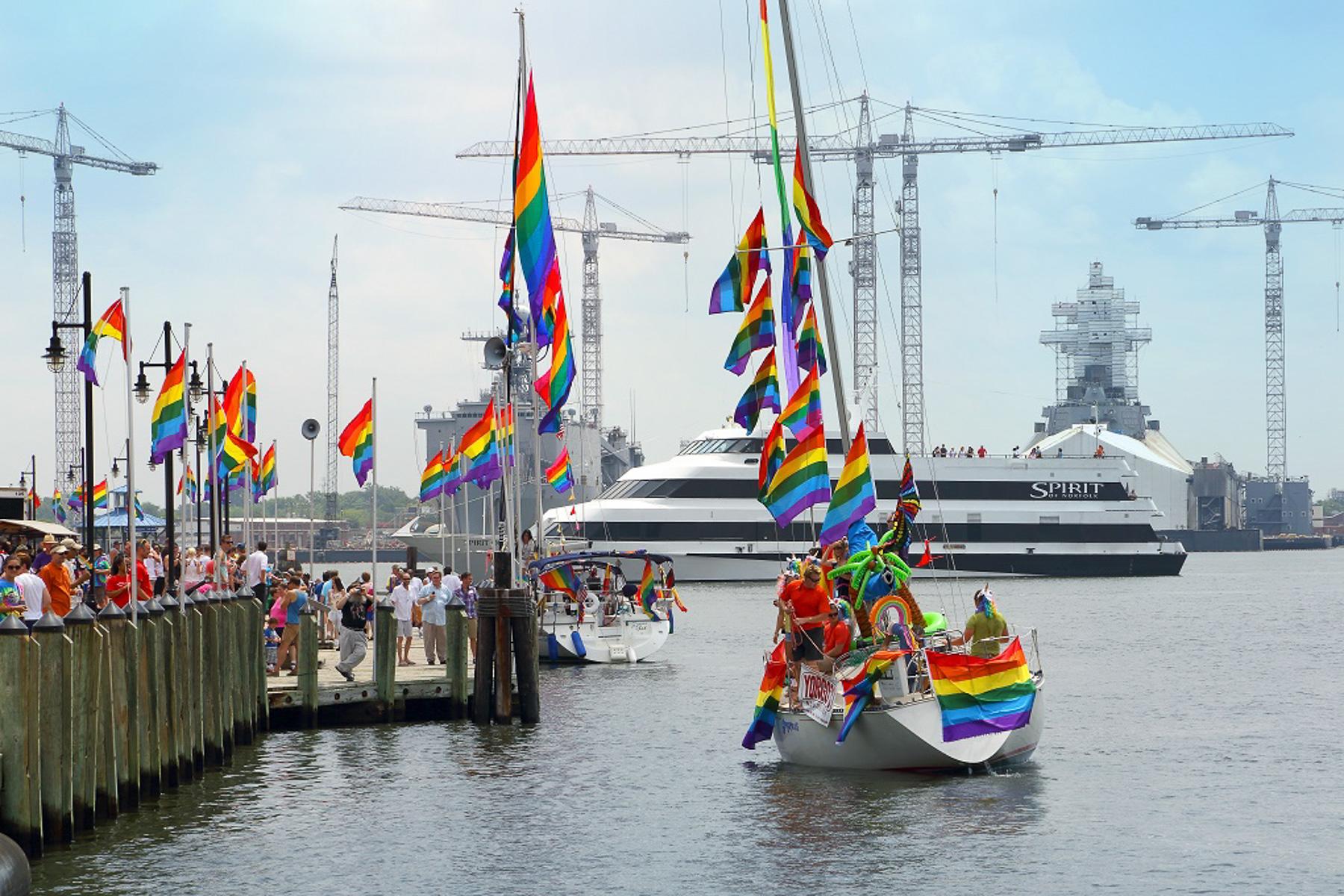 Norfolk’s largest one-day festival is also Virginia’s largest LGBTQ event: Hampton Roads Pride. Taking its name from the tri-city harbor nickname (which encompasses Norfolk, Virginia Beach, and Newport News), this year’s celebration is a weeklong series held June 21-30, lined up with LGBTQ-related tours, art exhibits, fundraising events, a silent disco, and plenty of music and dancing. The live lineups will be announced soon, and they’re sure to impress for this year’s 30th anniversary—plus there’s always a big splash for the 8th annual Pride Boat Parade on June 30, the only one like it in the country. 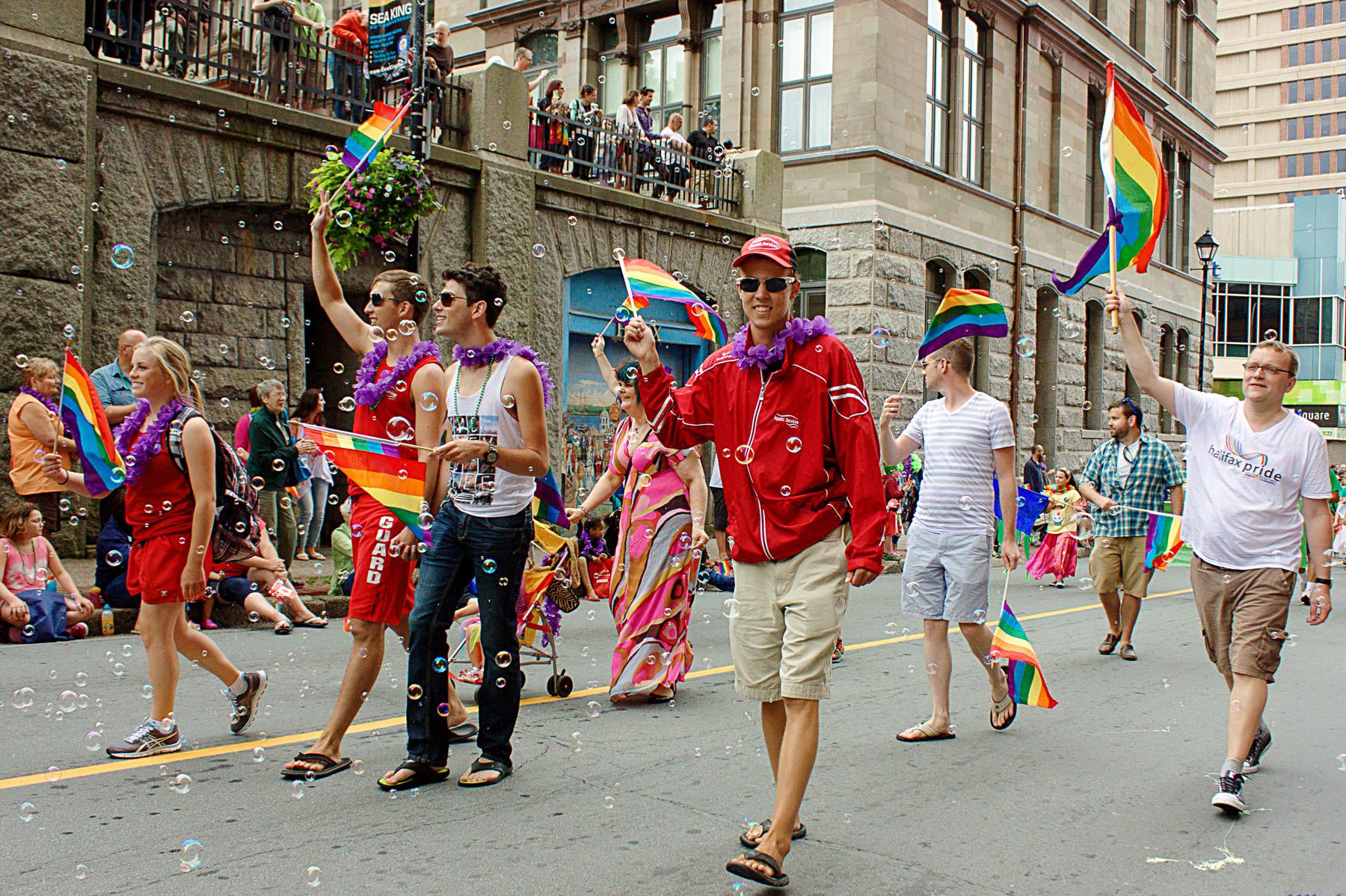 Halifax is home to the biggest Pride event in Atlantic Canada, drawing such a big turnout it rivals Canada Day (the country’s July 4th equivalent). Tens of thousands head to the Nova Scotian capital each July for Halifax Pride, a 10-day extravaganza of community education, arts, concerts, tastings, and tours that culminate with a colorful parade through downtown. This year the festival takes over Halifax July 19-29, and if they’re lucky maybe Prime Minister Justin Trudeau will join the march like he did in 2017. 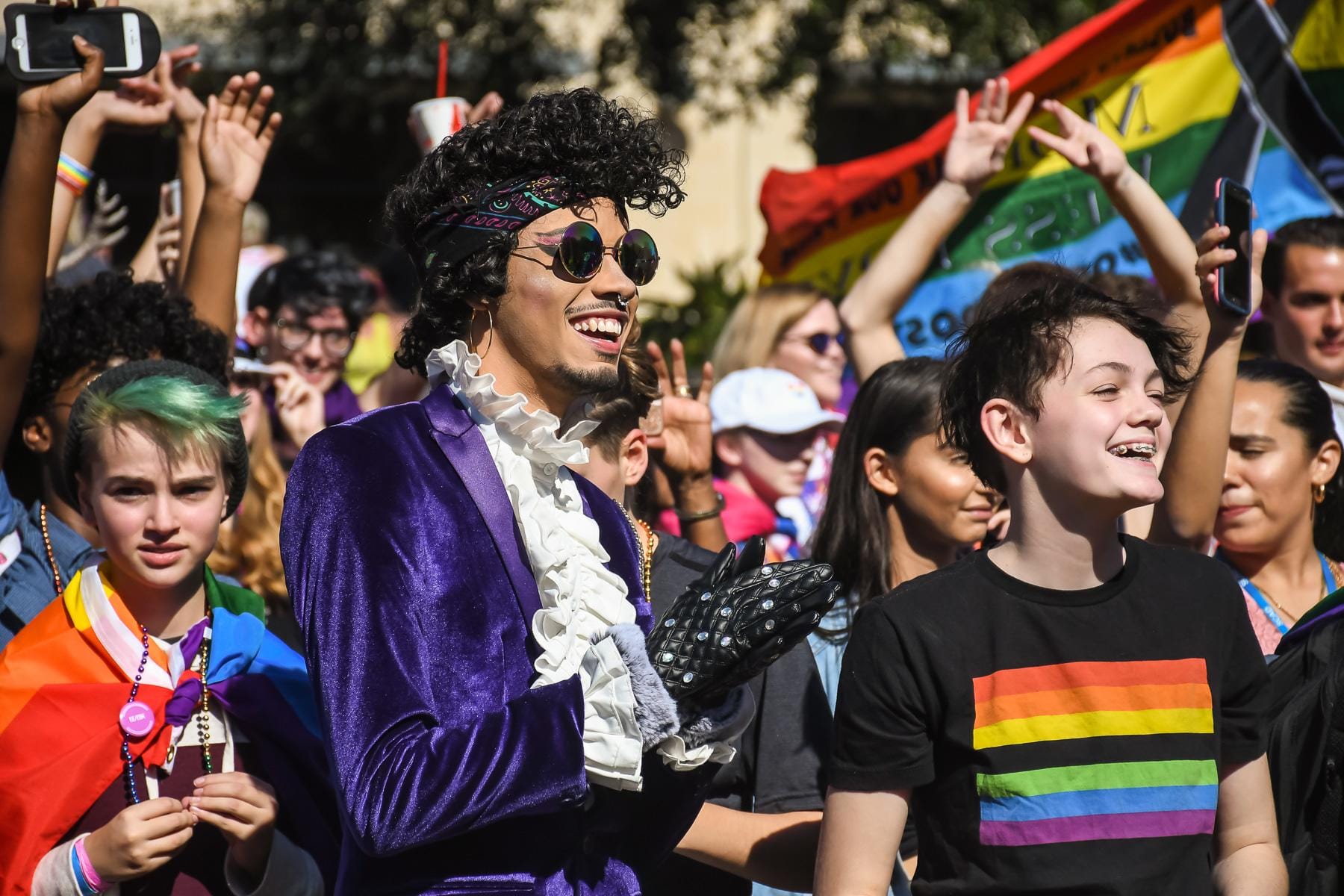 Atlanta isn’t the only Georgia city with a Pride worth traveling for. Come fall, Savannah Pride marks the close of 2018 Pride with a Halloween-themed celebration October 25-27 in “America’s most haunted city.” The weekend starts early, with a decadent night of costumes to vogue in at the second-annual “Masqueerade Ball,” followed by a Friday night party and all-day music festival on Saturday in downtown’s Ellis Square. After so many spring and summer LGBTQ events, Savannah is a perfect town to enjoy the end of the South’s hot season with an autumnal Pride jamboree.