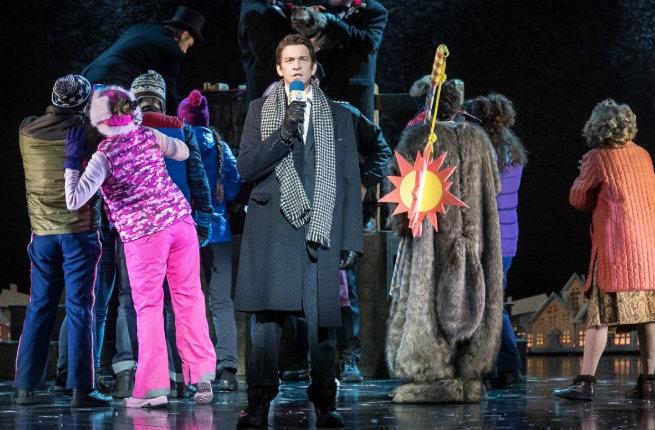 If you’ve always wanted to relive Groundhog Day over and over again, now’s your chance. The 1993 Bill Murray film has been made into a musical, which opened on Broadway on in March. Creators Matthew Warchus and Tim Minchin (who both worked on Matilda on Broadway) worked closely with Danny Rubin, who wrote the original screenplay, in order to turn the film into a musical. The project has been in the works since 2012 and it debuted in London in summer 2016.

Like the film, the musical focuses on weatherman Phil Connors, who wakes up day after day to find that he’s trapped in a time warp and forced to relive Groundhog Day in Punxsutawney, Pennsylvania over and over again. Tickets start at $89 and performances take place at the August Wilson Theater in New York City.

Still don’t have enough groundhog in your life? Check out these 7 Strange Facts You Didn’t Know About Groundhog Day and Punxsutawney, Pennsylvania.