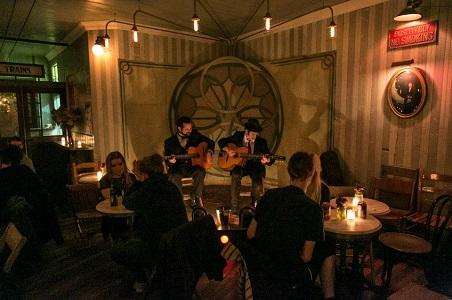 New York City is home to some of the world’s most famous music venues—Carnegie Hall, Radio City Music Hall, Lincoln Center for the Performing Arts—but there’s more to the city’s music scene than huge rooms filled with hundreds of seats. And while there are plenty of midsize concert spaces, too (Bowery Ballroom, (Le) Poisson Rouge, Irving Plaza, Mercury Lounge, Music Hall of Williamsburg, and many more), there are several smaller, more intimate, under-the-radar spots that shouldn't be overlooked. Enjoy a surprisingly diverse array of live performances at these five charming venues in Manhattan and Brooklyn that are amongst our very favorites (and soon, hopefully, yours, too). 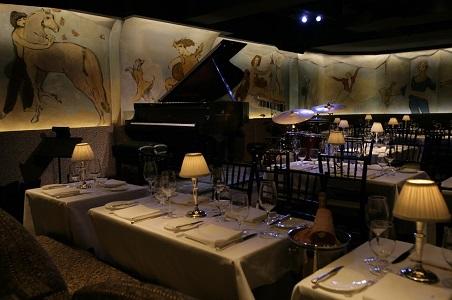 Tucked away inside The Carlyle on the Upper East Side, Café Carlyle is arguably the city’s preeminent cabaret lounge. Opened in 1955, the space seats up to 90 for dinner and musical performances. The lineup might include Broadway headliners like Sutton Fosters, songwriting legends such as Judy Collins, old-style crooners like Michael Feinstein, and even Woody Allen, who regularly plays clarinet here with the Eddy Davis New Orleans Jazz Band. (Café Carlyle was also a regular performing spot for the late, great Elaine Stritch, who called The Carlyle home for many years.) Evoking a bygone era of Manhattan sophistication, the room features music-themed wall murals by Marcel Vertès, white-tablecloth-topped tables with small lamps, and an almost magical ambiance that will transport you to another decade. 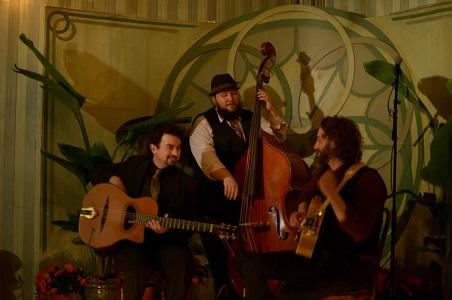 Hidden away on an unglamorous Williamsburg block near the Brooklyn-Queens Expressway, St. Mazie is an elegant throwback to the '30s and '40s, in terms of decor, drinks, and musical programming. The beautifully adorned space is filled with salvaged wood; subway tiles; a massive, vintage refrigerator that sits behind the bar; and a small stage where performers play a wide variety of songs that hail largely from the first half of the 20th century. Depending on the night, you might hear jazz, swing, blues, ragtime, or even flamenco from musicians who are all experts in their respective genres. St. Mazie is first and foremost a bar and supper club, so thankfully there’s no extra charge to enjoy the music. On weekends, brunch is served from 11 am to 4 pm, though usually without musical accompaniment; however, the last Sunday of every month features a gumbo brunch with live swing and jazz from 1–4 pm. 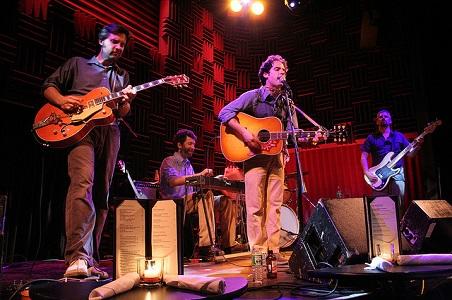 Housed inside The Public Theater in Manhattan's East Village, Joe’s Pub is a leader in the downtown arts scene, hosting an eclectic lineup of musicians and performance artists every night of the week. Opened in 1998, the intimate space completed a top-to-bottom renovation in 2011, improving sightlines, expanding seating capacity, and offering a new menu from celebrated chef Andrew Carmellini. Performers run the gamut here from Broadway superstars (Sutton Foster, Audra McDonald, Kelli O’Hara) to rising stage actors (Benjamin Walker, Stephen Pasquale); from cabaret legends (Sandra Bernhard, Justin Vivian Bond) to pop superstars (Lady Gaga, Adele); and from performance artists (Taylor Mac) to living musical legends (David Byrne, Elvis Costello). Simply put, it’s one of the finest places to see a performance in the entire city, and the convivial atmosphere (seating is communal) lends itself to the feeling that you’re taking part in something special at every show. 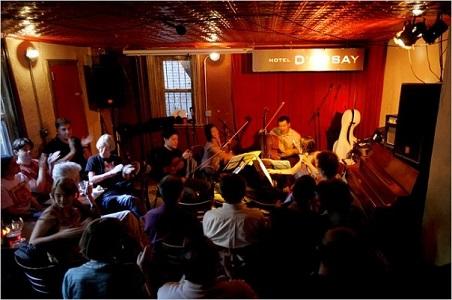 Named after a neighborhood in northern Paris, Barbès is one of the city’s smallest yet most exciting music venues. Located in the quiet confines of Brooklyn’s Park Slope neighborhood, this tiny bar-cum-concert space spotlights a thrilling roster of performers from around the world. Tuesday nights bring the Slavic Soul Party, featuring a nine-piece Balkan brass band, while Wednesdays belong to the Afro-rock sounds of the Mandingo Ambassadors. Barbès also hosts readings and film screenings, while other musical acts might include a Mexican band playing traditional circus music, or an act that plays blues from 1920s Greece. It may not be the most comfortable listening experience—the small back room where performances take places can get loud, crowded, and hot—but it’s all part of the experience here, and it certainly doesn’t dissuade local loyalists from showing up week after week. 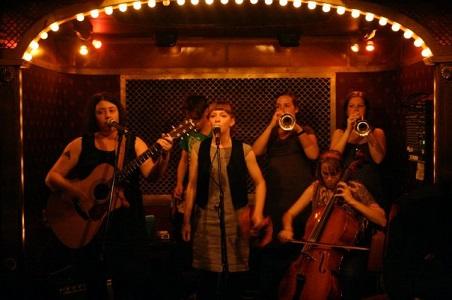 Formerly a local luncheonette (and, yes, a candy store), Pete’s Candy Store is now a popular watering hole for Williamsburg locals who show up for better-than-they-need-to-be cocktails, lively atmosphere, a spacious backyard that’s open year-round (though not heated in winter), and free nightly entertainment that most often includes musical performances. (There’s also a weekly trivia night on Wednesdays, a reading series every other Thursday, and an adult spelling bee the first Monday of every month.) The venue's owner is a set designer, a fact charmingly reflected in the decision to make the narrow performance room look like a boxcar, with a jewel-box stage ringed by lightbulbs at the front. On nights with live music, multiple up-and-coming acts (playing a wide range of musical styles) perform in the small room, which holds no more than a couple of dozen listeners at a time. Feeling inspired? There are also open-mic nights every Sunday.