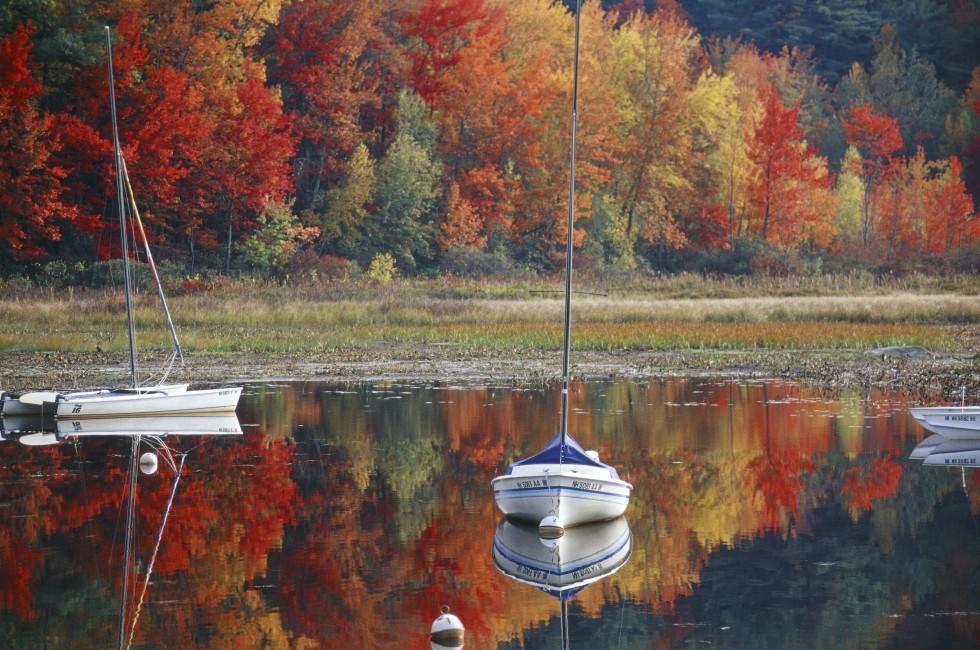 Lake Winnipesaukee, a Native American name for "smile of the great spirit," is the largest of the dozens of lakes scattered across the eastern half of central New Hampshire. With about 240 miles of shoreline dotted with inlets and coves, it's the state's largest lake. Some claim Winnipesaukee has an island for each day of the year—the total, though impressive, falls short: 274.

In contrast to Winnipesaukee, which bustles all summer long, stands the more secluded Squam Lake. Its tranquillity is no doubt what attracted the producers of On Golden Pond: several scenes of the Academy Award–winning film were shot here. Nearby Lake Wentworth is named for the state's first royal governor, who, in building his country manor here, established North America's first summer resort.

Well-preserved Colonial and 19th-century villages are among the region's many landmarks, and you'll find hiking trails, good antiques shops, and myriad water-oriented activities. This section begins at Wolfeboro and more or less circles Lake Winnipesaukee clockwise, with several possible side trips.

This Famous Ski Town Is Even Better When the Snow Melts
Out with the snow, in with the rainbows, hot springs, and wildflowers.