The wreath-shaped quivering Jell-O “salads” are arguably the most omnipresent and chameleonic of all desserts found in the Midwest.

There are certain things that are ubiquitous in the upper Midwest: use of the word “Ope,” lakes (looking at you Minnesota), drawn-out vowels, and a table at family gatherings groaning under the weight of an array of Jell-O-based desserts spanning the color and consistency spectrum.

Molded in a bundt pan and flipped onto a plate, the wreath-shaped quivering Jell-O “salads” (curiously named, considering their contents skew hard toward dessert) are arguably the most omnipresent and chameleonic of all desserts found in the Midwest.

The gelatinous masterpieces come in many forms. Some are as simple as suspending whatever fruits you have at hand in the Jell-O mix, while others are more involved (and often known by name), like the neon-hued 7UP Salad (where lime Jell-O meets cream cheese, lemon-lime soda, and crushed pineapple) or the Patriotic Salad (which sees strawberries, marshmallows, and blueberries paired with their respectively colored gelatin and layered in red, white, and blue order). 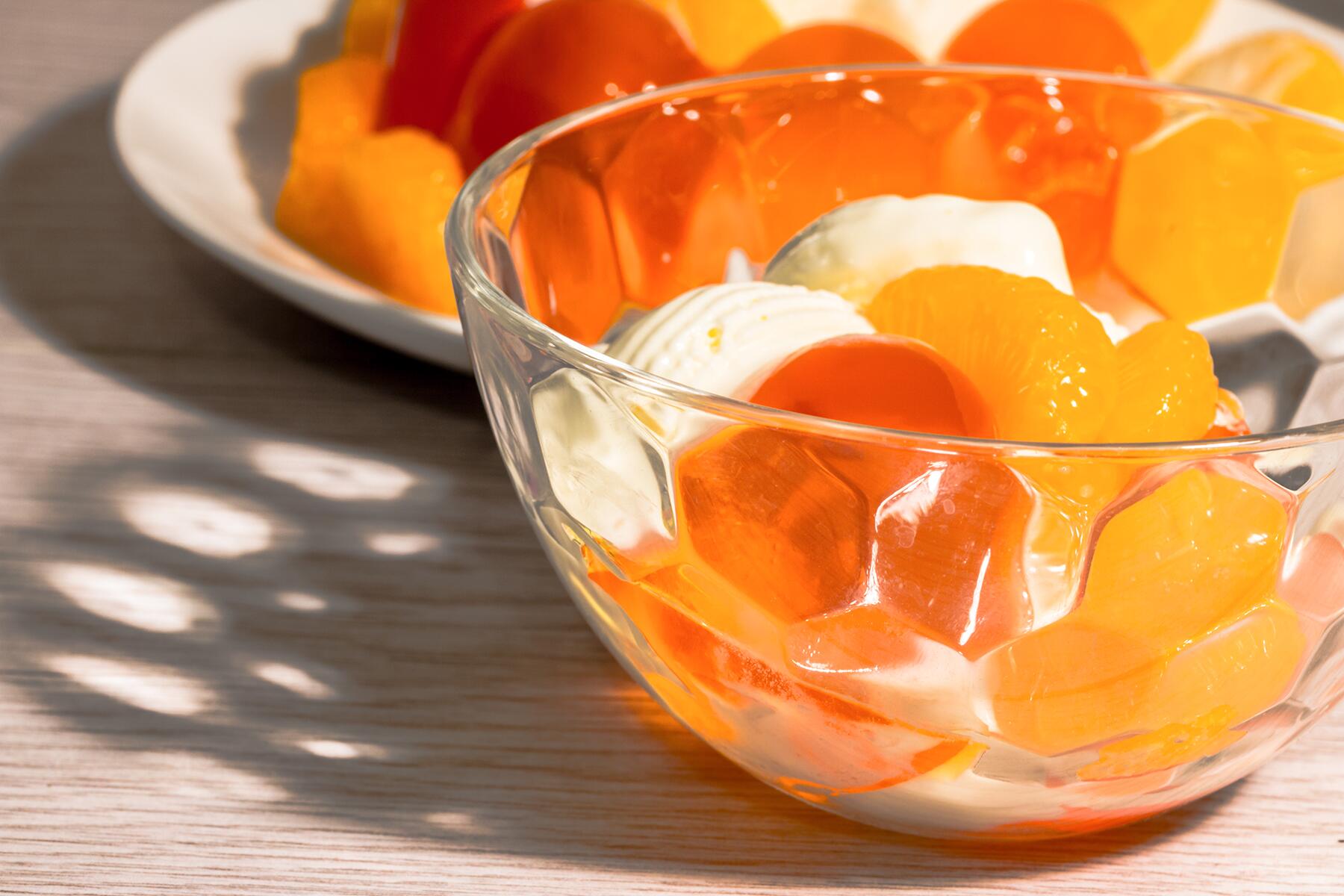 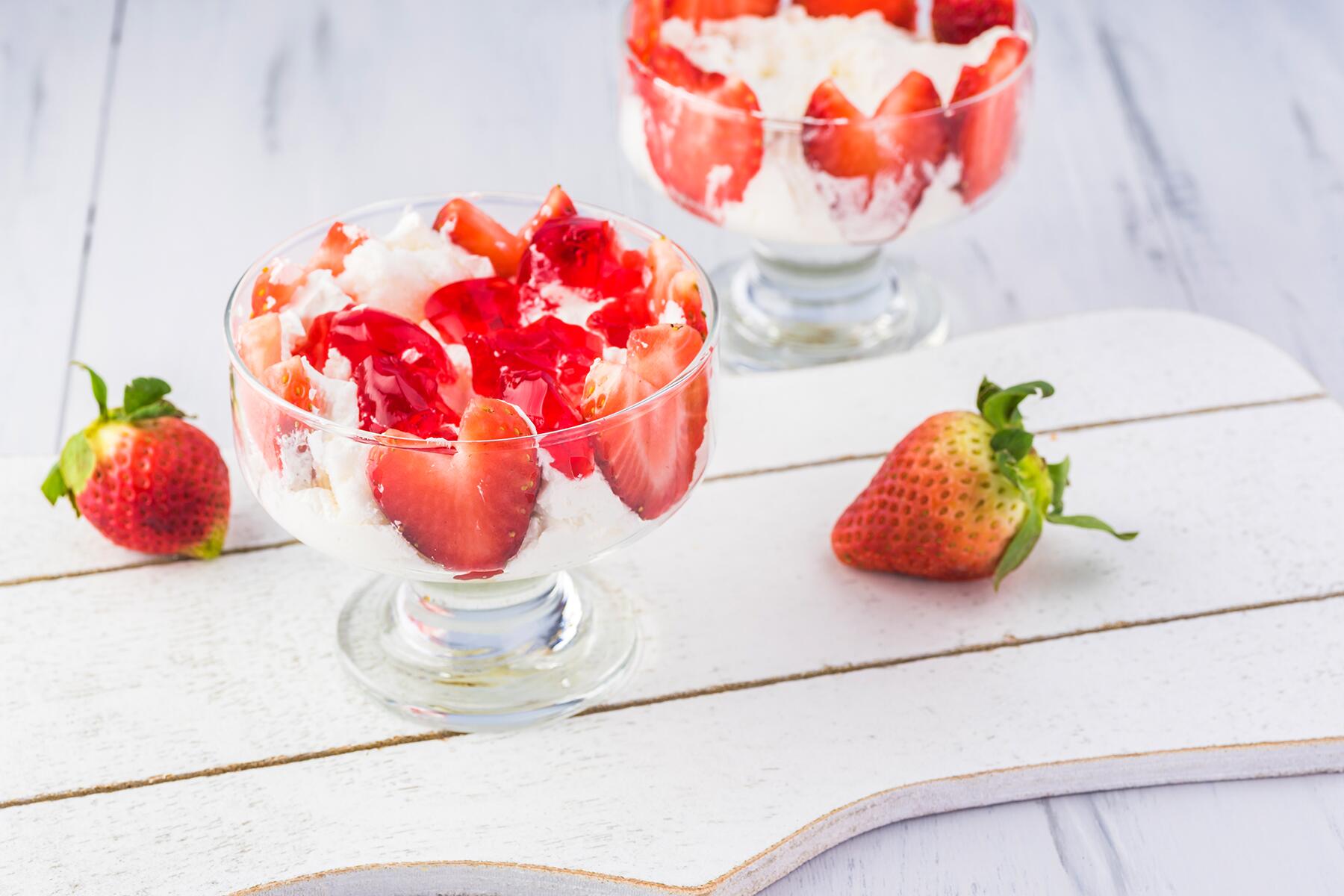 While gelatin-based foods date back to medieval Europe, up until the 1900s the process was too laborious for most people. It was more a status symbol for the wealthy, saying without words that they had enough dough to maintain a staff large enough to spend all day rendering the gelatin. Soon after instant gelatin was introduced as a consumer product, the U.S. saw an influx of jiggly foods, as it was an easy way to feed a family or use up leftovers in a “new” dish. But, as time went on, other simple ways to cook, like microwaveable meals, became the new it thing. Simply put: Jell-O encased foods fell out of fashion. Now you’re more likely to see the shiny foods in Mad Men or cookbooks touting retro recipes. That is, unless you go to the Midwest.

Why is the upper-Midwest still a hotbed for jiggly treats? A large number of Scandinavian immigrants might be a big part of the reason.

Between 1825 and 1925 several million immigrants from Norway, Sweden, Finland, and Denmark made their way to America’s shores for new economic opportunities. Of those, many migrated to the Great Lakes region where the farmland was good and comparable to what they’d had experience growing on in their homeland. Numerous settlements were set up in Wisconsin, Minnesota, and North and South Dakota, as well as some in parts of Illinois and Iowa.

With them, the new immigrants brought traditions and customs, including a love of coffee, a proclivity for ornate wedding outfits, Lutheranism, and an affinity for gelatinous food, like lutefisk, a dried whitefish (usually cod) pickled in lye that becomes gummy when it’s rehydrated for eating later on.

It’s those latter two that could explain the lasting love of Jell-O salads.

One of the main gathering places for Scandinavian immigrants for decades was at their churches. It was common for there to be potlucks or post-service spreads wherein members would bring a dish to share. Having a dish that was hefty in size, easy to prepare, cheap to make, only necessitated one bowl, was self-servable, and wouldn’t go bad while you waited for the service to conclude made it easier to feed the crowd. Jell-O salads checked all the boxes.

Along with the sweeter iterations mentioned above, there were a plethora of savory options. One popular savory salad, for example, involved lemon-flavored Jell-O mix, a can of crushed pineapple, white wine vinegar, mayonnaise, spicy brown mustard, chopped cabbage, celery, and cooked ham. Another alternative involved dumping all one’s Thanksgiving leftovers into a clear gelatin.

These gatherings were important ways for Scandinavian immigrants to share their beliefs, make friends, find dating prospects, and more. It was where and how they found community.

While the more savory gelatin-based foods have largely fallen out of fashion, the sweet ones reign on, at least in the homes of Midwesterners of Scandinavian descent, as a lasting connection to each other and to their traditions.

Yes to all of this! I was feeling smug because I had read the fine print. Croatia only required vaccination proof, but Amsterdam's airport transfer required an NAAT PCR test 72 hours prior to departure. Unfortunately, the airline I booked on required 72 hours from departure and their partner airline required 72 hours from arrival. I was able to get one at SFO, but it was a very expensive and unanticipated cost.

And, I barely made my flight! The info said 3 hours before departure. Believe it! The check in is so slow and many people get kicked out for one reason or another. The guy in line with me didn't have the words PCR on his paperwork, even though that was the test he had gotten at his local hospital.