News Apeksha Bhateja Have $340,000 and Want to Vacation in a Survivalist's Paradise?
NewsIs This Ohio’s Coolest Town?

Is This Ohio’s Coolest Town?

Prior to a recent visit to Ohio, my only real connection with the Buckeye State was through multiple viewings of Major League (one of the joys of growing up in a baseball-obsessed family). Sadly, this trip didn’t allow the opportunity to check out a Cleveland Indians game, the Rock ‘n Roll Hall of Fame, or even a glimpse of the storied Cuyahoga River. Instead, my husband and I were bound for a little Lake Erie town in the north-central part of the state called Sandusky. Midway between Cleveland and Toledo, Sandusky has mainly been a manufacturing town with a steady flow of visitors for its lake recreation and tourism.

But as I would soon find, there’s a lot more to this sleepy lake town than meets the eye. In fact, let’s just strike “sleepy” off the list entirely. Lately, this town has experienced a renaissance, attracting a fresh new population of upstarts who are bringing a whole new vibrancy to Sandusky’s scene.

Case in point? These 4 reasons to discover Ohio’s coolest town. 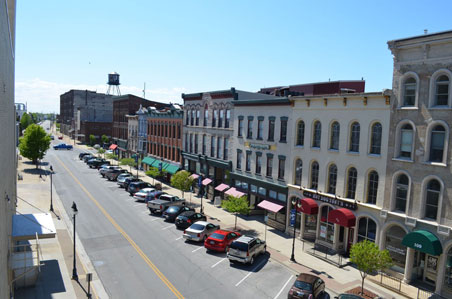 Andrea and Cesares Avallone had the idea to revitalize Sandusky, one restaurant at a time.
Building on many years in the hospitality industry, the Avallones bought an old bakery on Columbus Avenue, gutted it and created the charming French-inspired Zinc Brasserie, which serves up an array of French dishes. They also own Crush Wine Bar, with an extensive selection of wines from around the world, as well as Kitchen Bar, a small Asian-inspired noodle and sushi bar situated inside of Crush. During the summer, they operate the lake-view Dockside Cafe dishing out burgers and fresh Lake Erie Perch fish tacos. And this fall, they will welcome a fifth restaurant, Hearth, serving wood-fired pizzas and small plates. Sound familiar, Brooklynites? 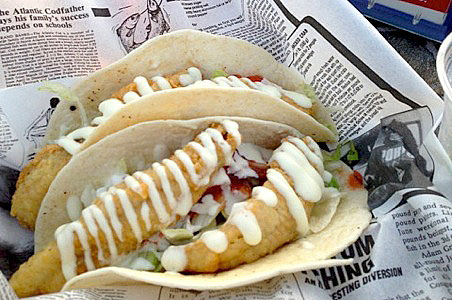 And there’s still more to savor in Sandusky, from down-home pub grub at Daly’s Pub and contemporary-American cuisine at J Bistro, to Jersey-style hot dogs at Hot Dog Tony’s, and even fantastic Vietnamese fare at Mekong restaurant (a town favorite for its extensive menu of more than 100 beers).

And no trip to Sandusky is complete without a visit to Toft’s, which began in 1900 as a local dairy and later developed into a classic ice cream parlor in the 1940s. Today, Toft’s scoops up 70 different flavors of ice cream to a seemingly endless line of loyal fans. 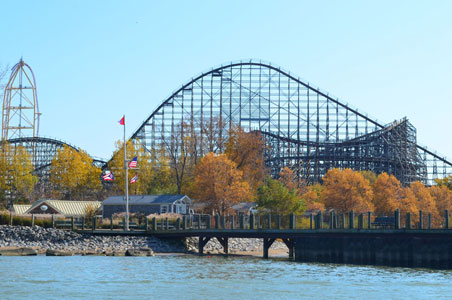 With more than 500 boat slips and transient marina dockage to enjoy the many islands nearby, Sandusky is becoming a top water destination in the Great Lakes region. One of the most celebrated theme parks in the country, Cedar Point is home to an impressive fleet of heart-pounding roller coasters and thrill rides. Be sure to plan a full day roaming the grounds for rides, games, and shows, like a laser light show set to music, followed by fireworks.

Named for brothers Datus and Irad Kelley in the mid 1800s, Kelleys Island was once best known for quarrying, logging, and winemaking. Today, it’s a leisure island with sandy beaches, parks, and campgrounds. Easily accessed by private boat or via the Jet Express or on the Kelleys Island Ferry, nature lovers can enjoy an array of bird species unique to the area, fossil-filled quarries, and a distinctive display of glacial grooves in the island bedrock. 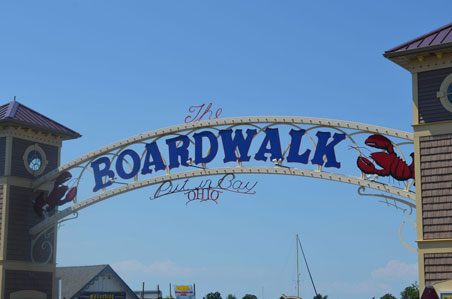 Nearby South Bass Island, or Put-in-Bay, offers a socially vibrant scene like you might find in sunny Key West, Florida. Just a short 20-minute ride from Sandusky on the Miller Ferry, Put-in-Bay is home to an array of boisterous bars and eateries, as well as quaint neighborhoods of historic vacation homes and shops. There’s no better place for people-watching than at the historic Round House Bar, known for selling buckets of beer filled to the rim from the tap and live—often racy—music acts. For a great local dinner, wander off the main lakeside streets to The Goat Soup and Whiskey Tavern. Squeezed between a church and a winery, the Goat is more low-key, offering house-made soups and dishes like green pork chili stew and fresh perch tacos. 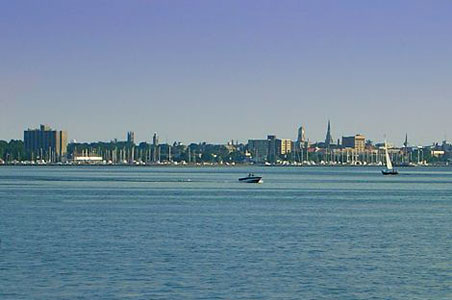 Anglers enjoy a bounty of native fish in the waters of Lake Erie, including walleye, smallmouth bass, and yellow “Lake Erie” perch. There are a number of private charters available to hire that include bait, snacks, and tackle for rent as well as chartered guide services offering fishing lessons and tips for those less familiar with lake fishing. Geno’s Holiday Charters and Speerfish Charters. There are also plenty of shore- and pier-fishing options, including Shoreline Park in Sandusky and a breakwall that extends from the shore to the mouth of the Portage River in nearby Port Clinton. 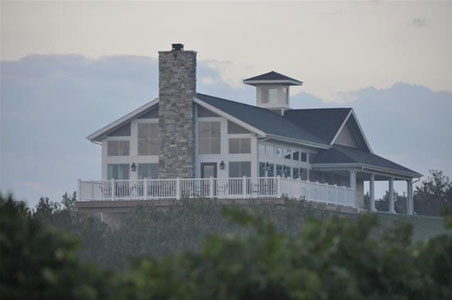 Few people realize it, but Ohio has a long history of winemaking, particularly in the Lake Erie Appellation, which was first cultivated in the 19th century. Many wineries survived Prohibition by selling grapes to home winemakers or illegally selling to tipplers in Canada. Soils in the region produce pinot grigio, riesling, and cabernet franc wines. Native American and hybrid grapes also make a great showing including Concord, Niagara, and Catawba, which is known in the region for making a tart blush wine often referred to as the “pink cat.” Today, you’ll still find a number of vineyards on nearby islands and surrounding towns that are well worth exploring, including Quarry Hill, Kelleys Island Wine Company, and Paper Moon Winery. Mon Ami Winery is one of the oldest in the region and is now known as one Ohio’s premiere wineries. Ask for Angel in the tasting room to show you a few of his favorite selections, and be sure to stroll the beautiful grounds surrounding the classic château-style architecture of the tasting room and adjoining restaurant.

While it’s true that Sandusky has got a ways to go to get as much hype as, say, Santa Monica, Portland, or Brooklyn, its vibrant community and distinctive Midwest soul makes it a small town that’s certainly worth a second look. Stroll the lakefront, jump on a boat, grab a glass of wine, dine in town, or ride a roller coaster and you’ll see why.