Cinderella Castle is likely the first image that comes to anyone's mind when thinking of Disney—it's even part of The Walt Disney Company logo. Roy Disney understood the importance of the castle as a symbol, so when construction began on Walt Disney World in 1967, he ordered that the first building completed should be this landmark.

When Walt Disney World first opened in 1971, the Magic Kingdom and the hotels around the Seven Seas Lagoon were the entirety of Walt Disney World. And through every expansion—through every new park or new hotel—the Magic Kingdom still inspires guests and their imaginations. No trip to Disney would be complete without visiting the resort's most iconic and popular park. The hotels that make up the resort area—the Grand Floridian, The Polynesian Village, The Contemporary, Wilderness Lodge, and Fort Wilderness—are the most popular (and expensive) hotels in Walt Disney World.

The Magic Kingdom sits at the northernmost point in all of Walt Disney World. In front of the park's entrance is the Seven Seas Lagoon, on whose shores can be found The Grand Floridian, The Polynesian Village, and the Contemporary resorts. Around the edge of the lagoon runs the monorail, a highway in the sky that visits the Magic Kingdom, each of the three hotels, and the TTC (aka, the parking lot). Adjacent to the Seven Seas Lagoon is Bay Lake, where Wilderness Lodge and Fort Wilderness are. Boats also travel from the five hotels to the Magic Kingdom.

Inside the Magic Kingdom, you will find a world of fantasy, just as Walt Disney imagined. Stepping onto Main Street, U.S.A. is like traveling back into the idyllic world of yesterday. Everything, from the steam trains to the pristine buildings waving American flags to the citizens roaming the streets, is designed to reflect middle-America at the turn of the 20th century. At the end of Main Street stands Cinderella Castle. From here, you can enter the rest of the lands that make up the Magic Kingdom—Adventureland, Frontierland, Liberty Square, Fantasyland, and Tomorrowland. They surround Cinderella Castle like spokes of a wheel.

Adventureland is a mix of Caribbean and Southeast Asia, home to the world-famous Jungle Cruise and Pirates of the Caribbean. In Frontierland you will encounter Splash Mountain and Big Thunder Mountain as you walk through the American West. Discover colonial America in Liberty Square, along with the spooky Haunted Mansion. Fantasyland, which now has three castles, is where you’ll find princesses and storybook characters from famous Disney movies. Tomorrowland, with Space Mountain and Buzz Lightyear’s Space Ranger Spin, is every space ace’s dream.

These six distinct lands make up the Magic Kingdom, but they have changed and grown over the last 40 years. The most notable expansion was a complete redesign of Fantasyland in 2013. And although it's smaller than the rest of the Walt Disney World parks, the Magic Kingdom remains the most popular (and has the most Fastpass attractions). Throughout the day, numerous parades and shows also take place, all designed to entertain kids of all ages.

Whether you arrive at the Magic Kingdom via monorail, boat, or bus, it's hard to escape that surge of excitement or suppress the sure smile you'll have upon sighting the towers of Cinderella Castle or the spires of Space Mountain. So what if it's a cliché by now? There's magic beyond the turnstiles, and you aren't going to miss one memorable moment.

The kids are older, and they're interested in thrills not magic. Or there aren't any kids in tow, and this is your golden opportunity to enjoy

The Magic Kingdom is alive with thrilling distractions for young children, so let them take the lead now and then. Toddlers might want to jump

Despite being the oldest hotels on Disney property, the five properties in the Magic Kingdom Resort Area are some of the nicest, and all five... 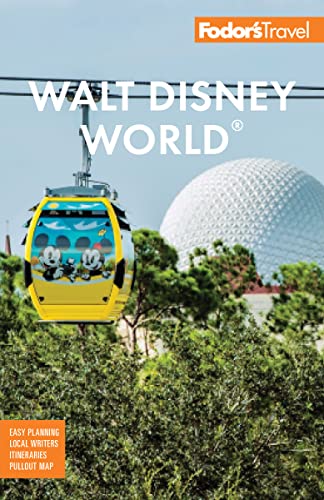