From backdrop to backstory, these books and movies capture the flavor of California Wine Country.

The winding coastline, rolling hills, and scenic small towns of Napa and Sonoma make for great cinematic backdrops and have set the scene for psychological-suspense dramas, romantic comedies, and horror flicks alike. In a region most known for its paramount role in American winemaking, much of Napa and Sonoma’s folklore and nonfiction centers around the grapes, from multigenerational drama within a family-owned vineyard, to the trials and tribulations of an ever-changing business.

Set almost exclusively in the Napa Valley, this 2008 feature is based on the true moment in history when Californian wines proved themselves on the world stage. Opposite actor Bill Pullman, as a salt-of-the-earth American winemaker, Alan Rickman plays the British sommelier responsible for dreaming up what was later known as The Judgement of Paris, a 1976 blind taste test of French versus California vintages. Comically overplayed and endearing is the juxtaposition between the Californian “hicks” of early American winemaking and the European Old-World notoriety they are up against. 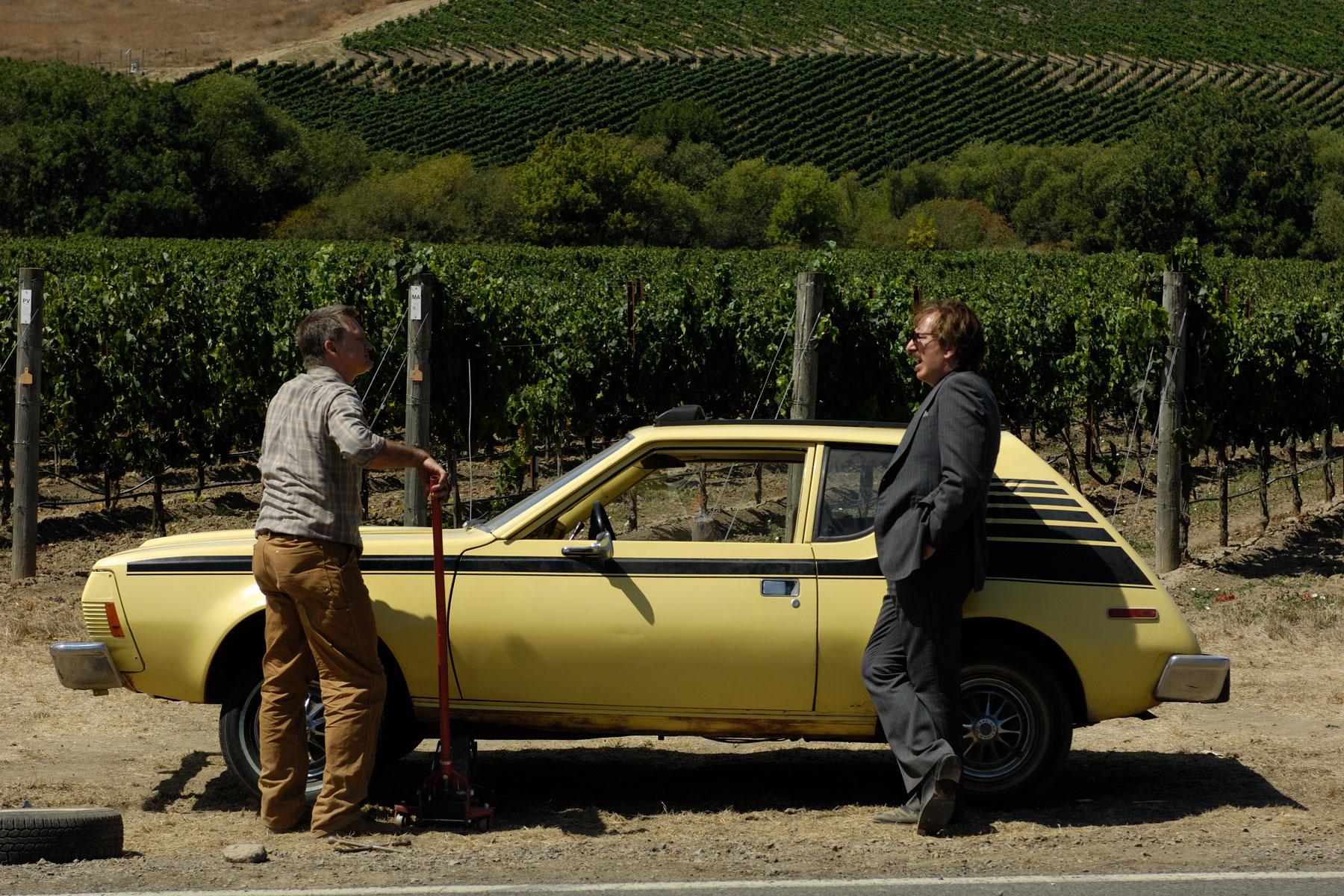 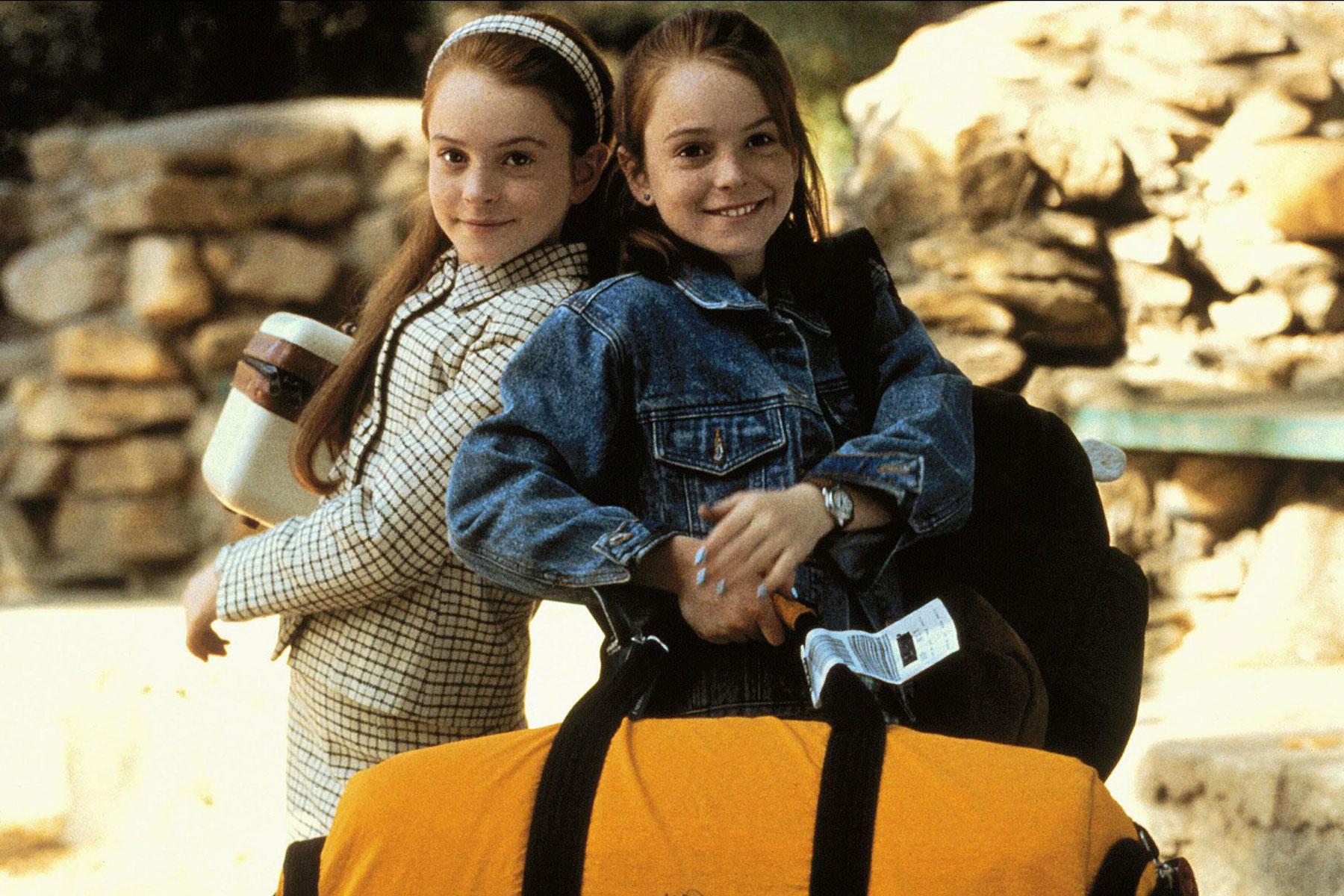 The 1998 remake of a classic 1961 film (starring Hayley Mills) is the same family-fun story of identical twins who, after being separated at birth by their divorced parents, discover each other’s existence at summer camp and concoct wild plans to reunify the family. The cutesy roles are played by Dennis Quaid, Natasha Richardson, and a pre-teen Lindsay Lohan (well, two of them) who you forgot you missed. The sprawling Napa Valley ranch house in the film belongs to the Staglin Family Vineyard—and was just barely spared from the devastating 2017 wildfires in the area.

A Walk in the Clouds

This 1995 romance stars Keanu Reeves as a World War II soldier who makes a deal to help out a stranger on a train with a personal problem and then follows her to Napa Valley and to her family’s vineyard for harvest season. The rest of the events are fairly predictable of a ’90s love story, but the film heavily features gorgeous shots of Napa, St. Helena, and Sonoma towns; Napa wineries like Mayacamas Vineyards and Mount Veeder; St. Helena’s Beringer, Charles Krug and Duckhorn; and Haywood Winery in Sonoma. 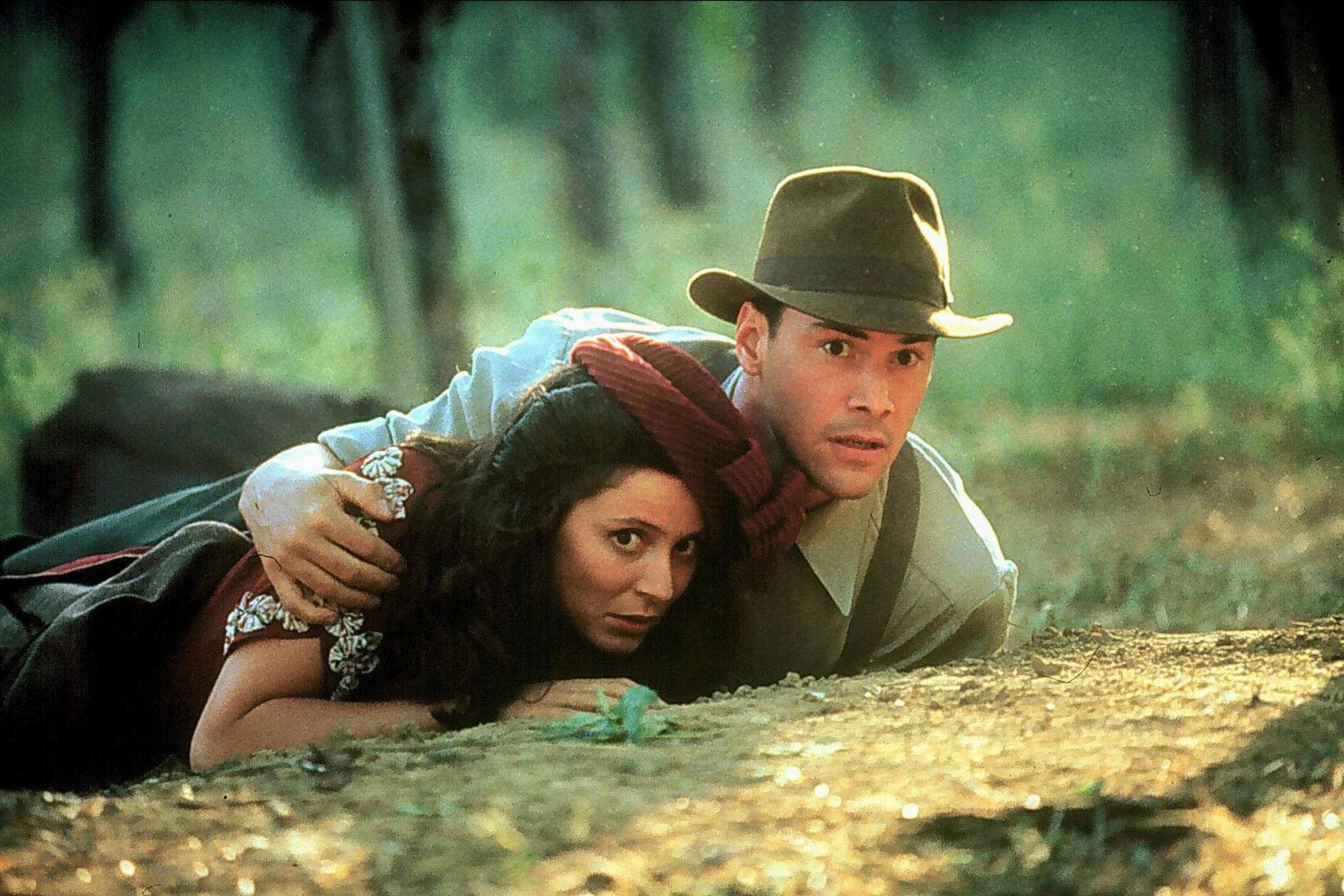 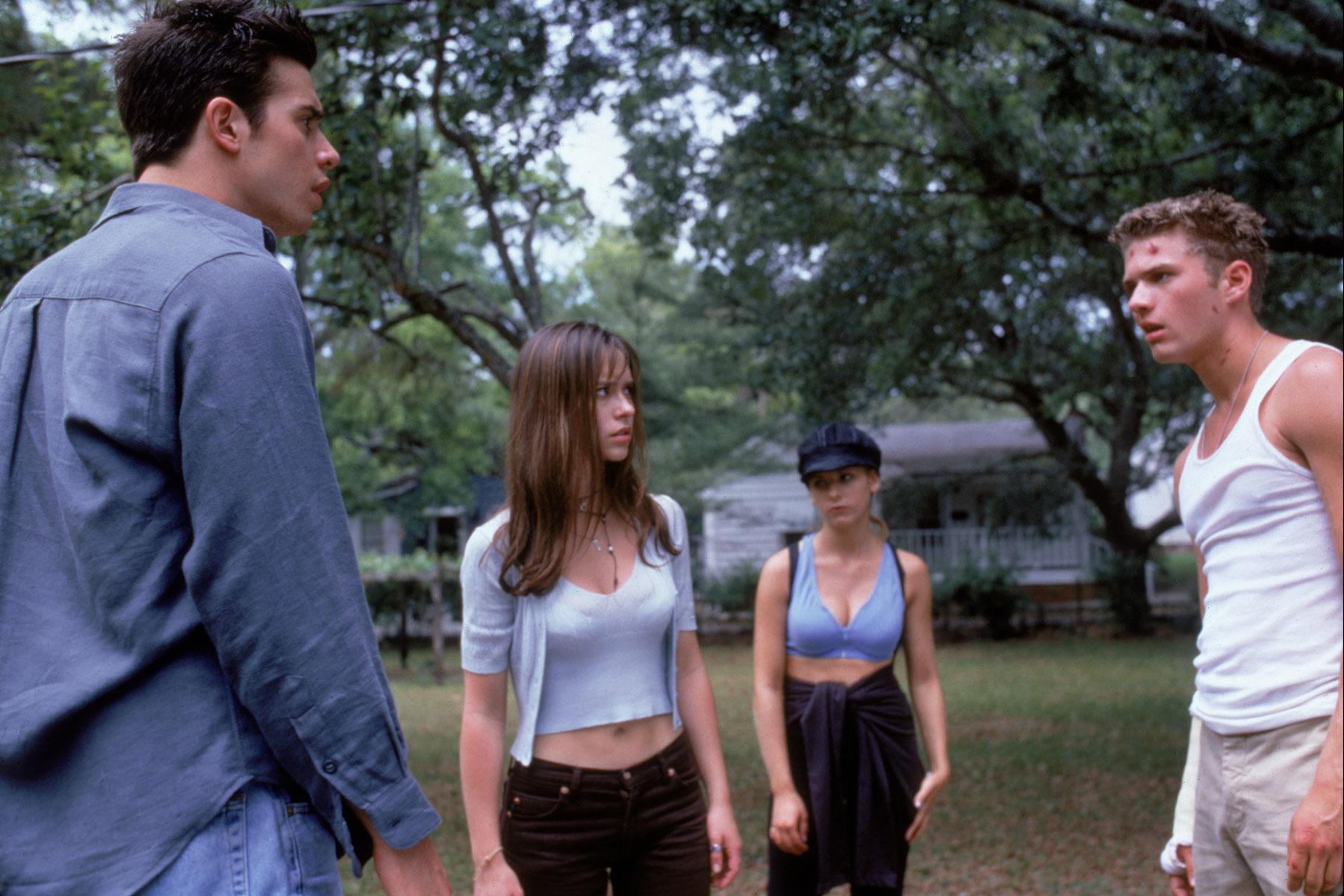 I Know What You Did Last Summer

Most of this ’90s thriller was set and filmed across the country in a North Carolina town, but a few key scenes involve the winding coastal roads of Sonoma County. It’s fun to take a drive and revisit the location of the film’s pivotal horror scene—along the cliffside road outside of Bodega Bay (where I Know What You Did pays homage to Hitchcock’s horror classic The Birds, filmed in the same town). Just don’t attempt the drive at night after watching.

Alfred Hitchcock’s 1963 The Birds centers around a small Northern Californian town under attack by swarming, possessed birds. You’ll never again look at a crow in quite the same way after watching it. Perhaps the focus on commonly found creatures is what makes this one of the director’s most graphic thrillers. When you aren’t distracted by the demonic winged creatures, there are breathtaking views of the Sonoma County’s coastal drives, and the charming 1960s small town of Bodega Bay, where almost all of the movie was filmed.

Napa: The Story of an American Eden by James Conaway

In the first book of a trilogy, journalist James Conaway gives the history of winemakers in the region, reminding readers of the uniqueness of the Napa area and all it took (including the policies and politics) to become an impressive presence in the world of winemaking. In his later books (The Far Side of Eden, and Napa at Last Light: America’s Eden in an Age of Calamity) Conaway gets into present and near-future challenges, criticizing a shift in winemaking as more money and demand poured into the industry and the environmental and social impact that this shift, when combined with climate change, has on the natural beauty of the region.

The House of Mondavi: The Rise and Fall of an American Wine Dynasty by Julia Flynn Siler

In a dramatic tale of a familial downfall, often more about modern finance than wine, Siler digs deep into the Mondavi family, once beloved and revered as big money makers and fine wine producers in Napa Valley. Siler’s book is a sympathetic glimpse into the complicated, cutthroat world of managing wine, family, and investors, and an impressive (if not inevitably sad) story of a man and family that did so much for American winemaking.

Centered around the personal life and crisis of the one daughter who left home, this is a quick-read novel about romance, secrets, and family drama, taking place during harvest season on a family vineyard in the Russian River Valley. Somewhere in the smart writing of this book, readers manage to learn about the process and culture behind vineyard life and winemaking.

The Girls by Emma Cline

In this nuanced story about coming-of-age in the Sonoma County town of Petaluma, the 14-year-old narrator yearns for excitement, attention, and beauty—and falls into the violent, psychological mind-trip of a Charles Manson-like cult. Beautiful and gripping, Cline’s novel shares a gritty, late 1960s Sonoma County—one that couldn’t be further from the world of Cabernets and Pinots—instead full of long hair, VW buses, angst, and seduction.

While wandering the tasting rooms of downtown Yountville on your trip to Sonoma County, you’re likely to pass the unassuming, vine-covered outer wall of Thomas Keller’s French Laundry, often called one of the best restaurants in the world. And while you probably won’t be able to swing a table at this ultra-in-demand, three Michelin-starred restaurant, you can at least get a taste of it with chef-proprietor Thomas Keller’s book. Keller breaks down some of his fine-tuned techniques (on the verge of obsessive perfectionism) and shares recipes for creating your own versions of the masterfully detailed, multi-course meals for which he’s famous.

The Winemaker by Richard G. Peterson

This is the perfect book for those who would like to reach Napa and Sonoma feeling a little more like a wine-industry insider. While it has the light, human touch of a memoir, the longtime winemaker’s behind-the-scenes account is truly for history buffs and information junkies, taking on intricacies of the region’s wine industry from prohibition to present. At more 400 pages, it is perhaps too dense for some, but it’s the most comprehensive and enjoyable way to understand the science, history, and human side of California winemaking.