Québec hosts its 50th annual music festival this summer with 250 shows across 10 venues over 11 days, from July 6-16.

With a line-up that includes Kendrick Lamar, Migos, Gorillaz, the Backstreet Boys, the Who, and Metallica, this 11-day festival pass is an incredible deal at less than US $75 (cheaper than a day pass to other major festivals this summer). Taking place in picturesque Québec City, the added celebrations and exhibitions around Festival d’été de Québec 50th anniversary (and Canada’s 150th birthday!) make this an epic festival worth planning a vacation around. 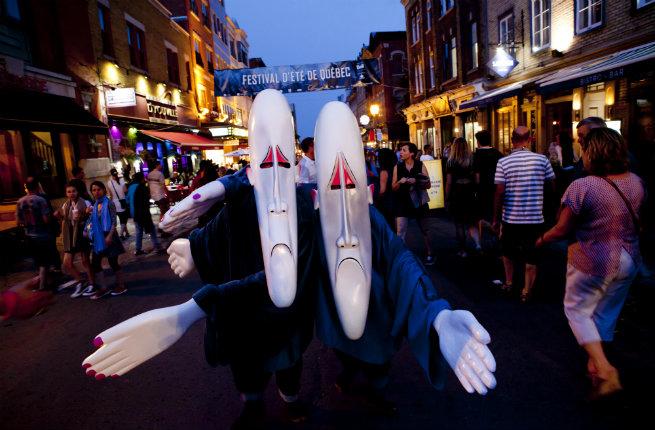 The festival is also one of most eclectic on the North American festival circuit, representing a mix of international and local performers, living legends, and up-and-coming bands, as well as artists across genres, from jazz, folk, country, and pop to hip hop, EDM, rock, and heavy metal. In recent years, headliners have included the Rolling Stones, Foo Fighters, Lady Gaga, Bruno Mars, Wiz Khalifa, and Selena Gomez.

Heavy Metal band Metallica and rapper Kendrick Lamar are among those with top billing for this summer’s event and the rest of the 2017 lineup is just as musically diverse, from P!nk, Nick Jonas, and Lady Antebellum, to Death From Above 1979, BadBadNotGood, Tei Shi, Wolf Parade, the Wooden Sky, and Ria Mae, to name a few.

True to its origins, the festival is also host to street performers and local artists as well as a bounty of free events. Anniversary celebrations include an exhibition to reflect on the past 49 years of FEQ; daily performances from L’Orchestre D’Hommes-Orchestres — an offbeat orchestra  using everyday objects as musical instruments; elaborate giant puppet productions from the Plasticiens Volants; and a stunning acrobatic performance from Transe Express.