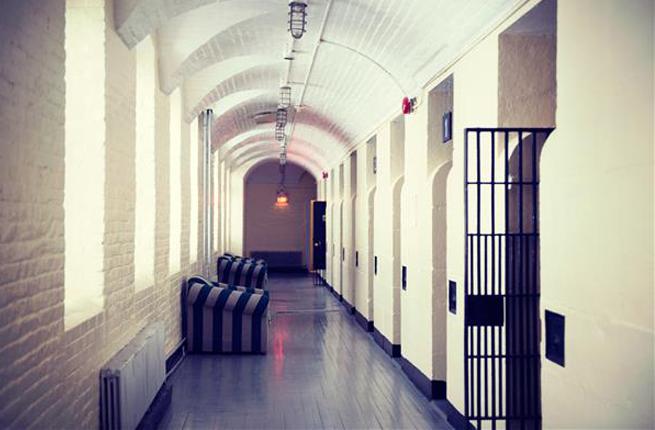 Canada's capital city, Ottawa, is known for its historic parliament buildings, Rideau Canal, and bustling Byward market. But right in the center of the downtown core, there exists a truly unique travel experience: Operating as a small penitentiary from 1860 until the early 1970s, the Ottawa Jail is now used as a hostel for visitors who enjoy a little ghost story before bed.

The imposing stone and brick building dominates the surrounding area. Walking into the courtyard allows visitors to stand in the very spot where VIP spectators would have watched public hangings as recently as 1869 when the infamous Patrick Whelan was executed (based on startlingly little evidence) for the murder of one of Canada’s founding fathers, Thomas D’arcy McGee.

Hangings were routinely carried out on the thirteenth hour of the thirteenth day due to superstitious lore, but Whelan’s was scheduled for the eleventh hour of the eleventh day to throw the crowds off. It didn't deter them, and 5,000 people (half of the population of the city) came out to see him hang. During Whelan’s execution, the hangman made an error and Whelan suffocated for a full five minutes. The crowds went wild and the city descended into rioting. Whelan's body was not returned to his family, as per his last wishes, and his ghost is said to still walk the halls at night. 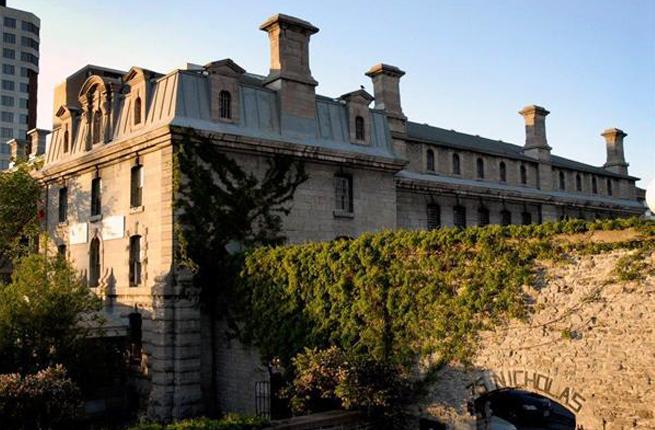 The prison closed in 1972 and was renovated and reopened with a royal visit by Prince Philip, a year later, as a youth hostel. The hostel offers a tour of the floors of the prison each day (and rooms where the bravest of tourists can spend the night), with lively and knowledgeable guides who are more than happy to regale visitors with tales of the jail’s sordid history.

Prisoners were housed on different floors based on the crime for which they had been convicted, with the worst offenders waiting for their fate on death row. At one point, there was a quarantine holding cell in the basement and a juvenile detention center on the top floor, which once housed an 8-year-old murderer.

As the last functioning gallows in Canada, this jail saw three official hangings. Our guide explained that when renovations were carried out and the courtyard was dug up, 150 bodies were excavated. Although many of these were likely those that didn't survive the poor conditions or died in the prison hospital, there is evidence that there were many unofficial executions.

Those who escaped death didn't have much of a life of which to speak. Prisoners in solitary confinement were chained to the floor in the dark, face down, and naked for 23 hours a day.

The windows were open to the elements and in a city that experiences -40 degrees in winter, this was surely a torturous existence. In some cells, visitors can still see the shackles and a ball and chain that were used to secure prisoners to the floor.

There are creepy details throughout the prison hostel: In the stairwell leading to the noose, a wooden beam bears the rope burn markings from its use as a makeshift gallows; on one set of stairs, suicide barriers were later installed after a guard was pushed to his death during an attempted prison break.

If you’re not too scared by now, check in for a night at Canada’s creepiest (and cheapest!) hotel.

The reception area of the hotel is much like any other youth hostel, with comfortable places to sit and brochures of tourist attractions around the city.  After check in, however, guests must make their way through an ominous heavy wooden door where the oppressive feeling of confinement begins.

Insider Tip: Before bed, scaredy-cats can calm their nerves with a drink at the hotel’s lounge and bar, aptly named Mugshots. 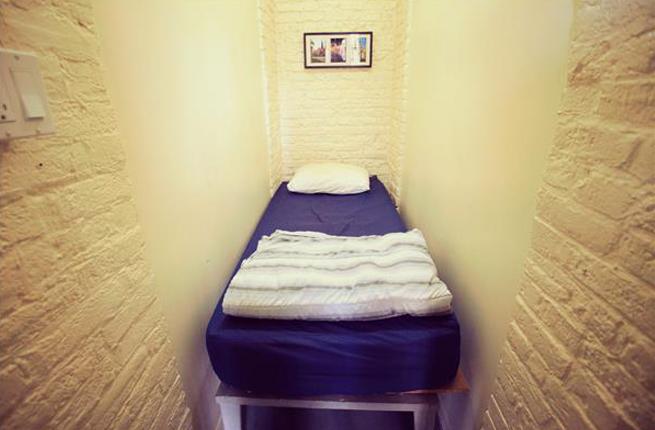 The truly authentic single cell lodgings are on the fourth floor, behind another heavy door. On the way to the cells, staff tell tales of paranormal occurrences and guest reports of being woken by eerie sounds like dragging noises, clanging metal, laughing, and even screams. Unlike the prisoners of old, you might be quite glad to be locked in your room for the night. In these cramped cells, the bed occupies almost the entire space with just a small square in front of the door for your bag and shoes. A hanger and coat hook are provided to utilize some vertical space but there is no escaping the fact that these are very tiny rooms.

Just like real prisoners, guests at the Ottawa Jail hostel will need to make up their own bunks before they can retire for the night. The single bunk can feel a little tight and those used to a larger bed at home may start to feel uncomfortable, especially when one sleepy rollover has your nose pressed against the stone wall.

The acoustics of the cells were designed to ensure guards could overhear any secret dealings and plots between prisoners. Today, they convey every hushed word whispered into your cell phone to the entire unit of “prisoners.” The noise levels from other cells and rising from common areas make you feel like you are in public, even when your cell door is closed and locked—don’t expect a restful night.

The bathrooms are situated down the hall and at a breezy distance for a middle of the night dash, which can make even the bravest feel a little spooked.

If you make it through the night, the hostel serves a hearty breakfast buffet each day of bagels, fruit, cereal, and toast in what used to be the Debtor's prison. 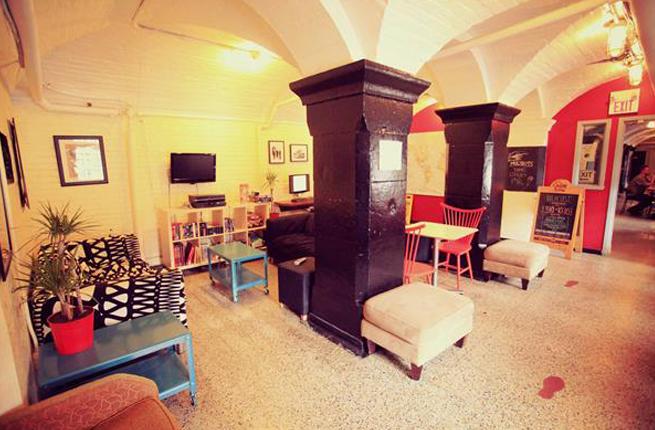 As prices start from $27 per night for shared accommodation, the jail does offer truly competitive rates in an unusual and memorable locale. Although sleeping in a cell was not the most comfortable travel experience I have ever encountered, it was one of the most memorable.