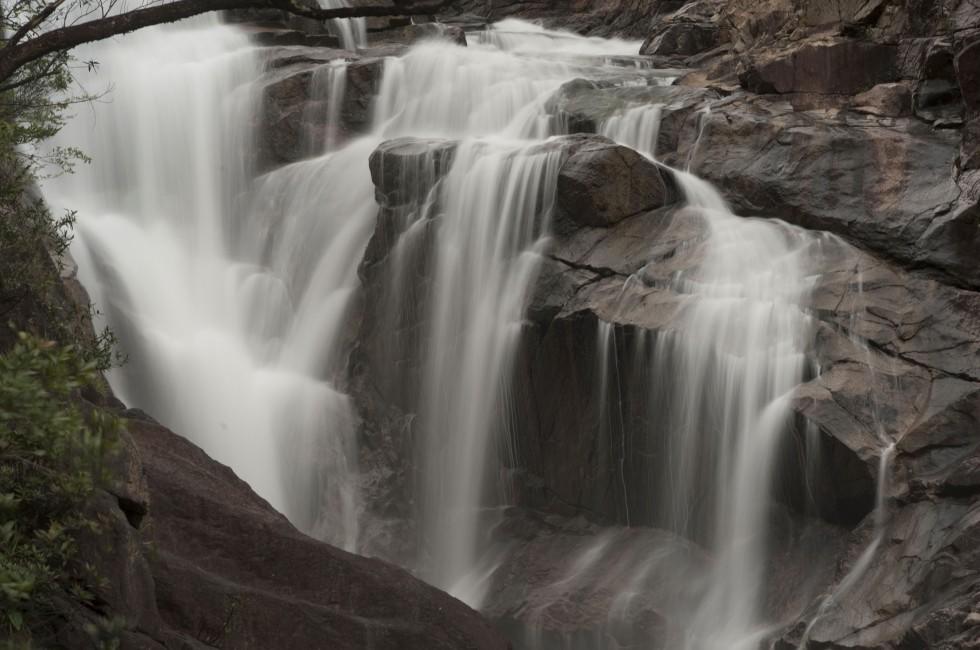 When the first jungle lodges opened in the early 1980s in the Cayo, few thought this wild area would become a tourist magnet. The mountainous region was too remote. Roads were bad. Restaurants were few. What would visitors do, besides visit cattle ranches and orange groves? After three decades of development, and remarkable growth in lodging, restaurants, and other infrastructure, more than half of those touring Belize visit the Cayo during their trip, making this the country's second most popular destination after Ambergris Caye.

You'll be lured by the rugged beauty of the region, with its jagged limestone hills, low green mountains where tapirs, peccaries, and jaguars still roam free, and its boulder-strewn rivers and creeks. You'll also appreciate its diversity, in a compact and accessible package. Even on a short stay, you can canoe or kayak rivers, hike remote mountain trails, visit a Mayan ruin, explore underground cave systems, go birding or wildlife-spotting, shop at a busy local market, chill out at a sidewalk café, and dine in style at a good restaurant or by lamplight at a jungle lodge.

You'll know when you've entered the Cayo a few miles east of Belmopan. Running along the Belize River for miles (though it’s usually not visible from the road), the George Price Highway (formerly the Western Highway) then winds out of the valley and heads into a series of sharp bends. In a few minutes you'll see cattle grazing on steep hillsides and horses flicking their tails. The Creole people who live along the coast give way to Maya and Mestizos; English is replaced by Spanish as the predominant language (though English is also widely spoken). The lost world of the Maya comes alive through majestic, haunting ruins. And the Indiana Jones in you can hike through the jungle, ride horseback, canoe down the Macal or Mopan River, and explore incredible caves such as Actun Tunichil Muknal, which some call the highlight of their entire Central American experience.

The best of Cayo is mostly found in its scenic outdoors—nearly two-thirds of the district is in national parks and forest reserves. But you should also take time to appreciate its towns and villages. Belmopan, once just a sleepy village, is in the middle of a boom, with new government and residential construction fueled by real-estate speculation. These days, it’s officially known as Belmopan City, one of only two such official government city destinations, the other, of course, being Belize City. San Ignacio is a thriving little town, its downtown area usually busy with locals buying supplies and backpackers looking to book tours or grab a bite and a Belikin at one of San Ignacio's many inexpensive eateries. Santa Elena, just to the east of San Ignacio, merges seemlessly to turn the so-called Twin Towns into one. The village of San Antonio on the Cristo Rey Road is predominantly Mayan. Benque Viejo del Carmen, 2 miles (3 km) from the border, feels more Guatemalan than Belizean, and Spanish Lookout, the Mennonite center, with its well-kept farms and no-nonsense farm-supply and general stores, could as well be in the U.S. Midwest.

El Cayo is Spanish for "the caye" or key. Local residents still call San Ignacio Town "El Cayo," or just "Cayo," which can potentially create some confusion for outsiders. The name is thought to have originally referred to the small island formed where the Macal and Mopan rivers meet at San Ignacio.

Recommended Things to Do in The Cayo DistrictSEE ALL

Find the perfect tours and activities in The Cayo District.

Recommended Hotels in The Cayo District SEE ALL

Recommended Restaurants in The Cayo District SEE ALL

Find the best food tours and activities in The Cayo District.

From Caye to Cayo: Top 4 Experiences in Belize
Considering a trip to Belize? Here are four of our favorite experiences for a memorable “surf and turf” itinerary.

Starter Kit to Belize
Chock full of ruins, boutique hotels (two owned by Coppola), great food, and barefoot-minded beaches, Belize is having a moment. It's time to go, before it becomes chock full of tourists, instead.