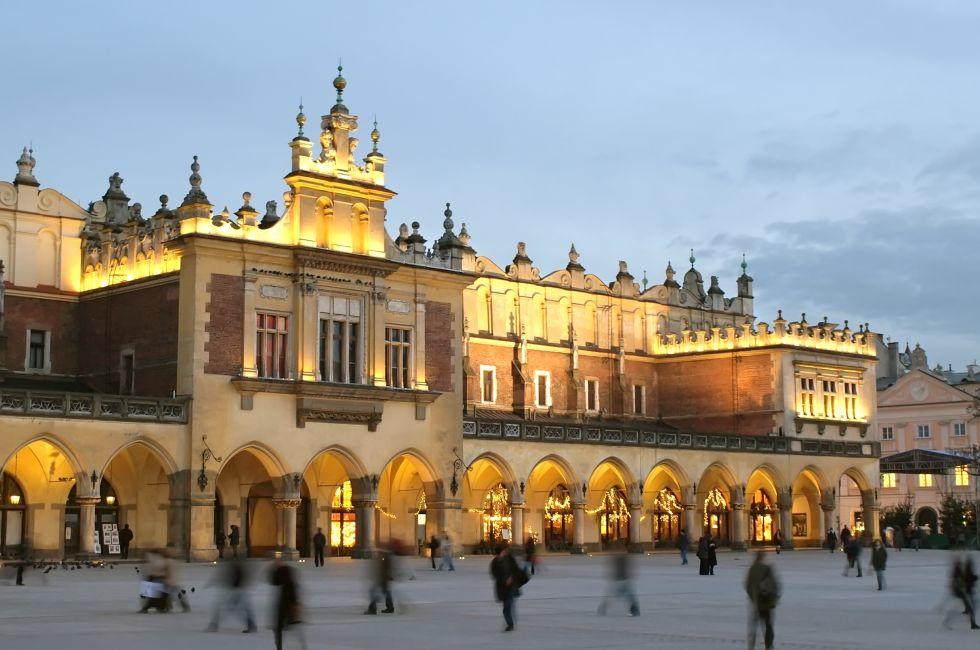 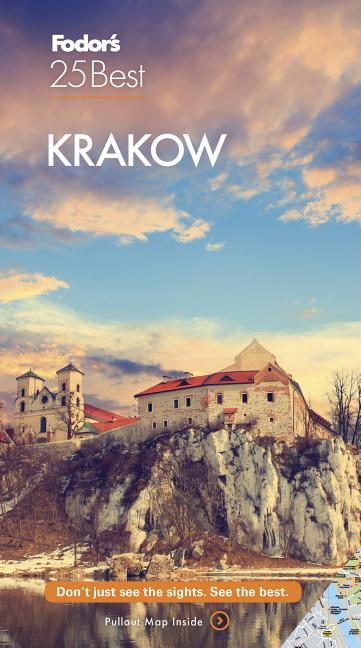 Fodor's Krakow 25 Best
Compact and affordable, Fodor's 25 Best Krakow is a great travel guide for those who want...

Many first-time visitors to Kraków are surprised at how quickly they feel at home there. Those who fall in love with the city at first sight and claim it as their own are fully justified in their sentiment: since 1978 Kraków has been on the UNESCO World Heritage list, and as such, it "belongs to all the peoples of the world."

Kraków, once the ancient capital of Poland (before finally relinquishing the honor to Warsaw in 1609), has enchanted visitors for a thousand years. It is often called a "magical city" and even the official municipal website calls it, fondly, "Magical Kraków." Krakovian air is composed of hefty doses of oxygen, nitrogen, history, and mystery. Here each stone tells a story; and—be warned!—a song or a sonnet may be lurking round the corner.

Despite Kraków's—and the region's—turbulent past, a wealth of treasures of art and architecture remain almost intact in one of the few Polish cities that escaped devastation by Hitler's armies during World War II. Some will tell you that it is due to Kraków's chakhra, a mystic stone that radiates energy from Wawel Hill, thus protecting the city against evil.

The marvels of Kraków include the Royal Castle of Wawel, Rynek Główny (the largest medieval square in Europe), several ancient synagogues in the old Jewish quarter of Kazimierz, some 150 churches, and 2.5 million works of art, including Leonardo da Vinci's famous portrait of Cecilia Gallerani as the crown jewel.

The seat of Poland's oldest university, Kraków is Poland's most important seat of higher learning, having educated Copernicus and Pope John Paul II. Today it is home to 20 universities, and some 200,000 students comprise about a fifth of the city's population, filling Kraków with their contagious energy.

Kraków has always inspired artists, including the Nobel Prize–winning poet Czesław Miłosz, the playwright Tadeusz Kantor, the composer Krzysztof Penderecki, and the American film director Steven Spielberg. Arts continue to thrive in the city of countless galleries, theaters, and concert halls; the list of annual festivals and cultural events is impressive.

This lively yet unhurried city is famous for its evergreen cafés, gourmet restaurants, and hip bars. Kraków may not be the seat of government anymore, but it certainly is Poland's "time-out capital."

Fodor's Krakow 25 Best
Compact and affordable, Fodor's 25 Best Krakow is a great travel guide for those who want...

Recommended Things to Do in KrakowSEE ALL

Find the perfect tours and activities in Krakow.

Recommended Hotels in Krakow SEE ALL

Recommended Restaurants in Krakow SEE ALL

Find the best food tours and activities in Krakow.

With the arrival of low-cost airlines and continued expansion of the local airport, the number of visitors to Kraków is increasing. Although...Read More

Discover the best neighborhoods in Krakow with curated recommendations from our editors.

With the arrival of low-cost airlines and continued expansion of the local airport, the number of visitors to Kraków is increasing. Although...Read More

Discover the best neighborhoods in Krakow with curated recommendations from our editors.

This Polish Town With Hand-Painted Homes Is Kind Of The Cutest Place Ever
This place looks like if a carousel at Disneyland was a town!

This Week: Krakow, Sydney, Chicago, Dallas
Poland Goes Posh Palac Bonerowski. Krakow’s latest entry in the five-star hotel category is a jaw-dropper; a sensitively restored 13th-century townhouse just off the main square, the Rynek Glowny. Many period elements, including some original stonework and carvings, have been preserved in the spacious rooms. The furnishings are tasteful and traditional, with cream leather sofas … <a href="">Continued</a>

Where to Go Next in Europe
Everyone knows Europe's heavy-hitters. But some of the continent's "second" cities have just as much history, culture, and cuisine to offer, with fewer crowds and at more affordable prices. Bon voyage!