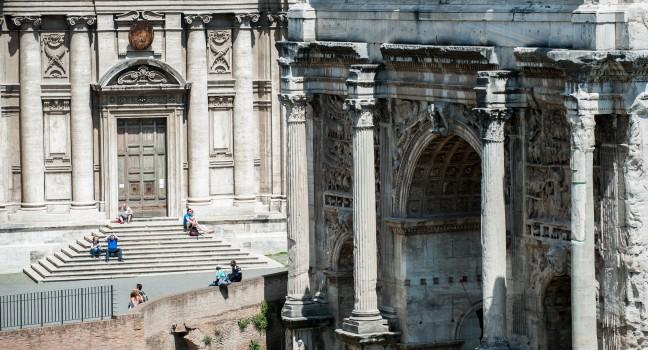 One of the grandest triumphal arches erected by a Roman emperor, this richly decorated monument was built in AD 203 to celebrate Severus's victory over the Parthians. It was once topped by a bronze statuary group depicting a chariot drawn by four (or perhaps as many as six) life-size horses. Masterpieces of Roman statuary, the stone reliefs on the arch were probably based on huge painted panels depicting the event, a kind of visual report on his foreign campaigns that would have been displayed during the emperor's triumphal parade in Rome to impress his subjects (and, like much statuary then, were originally painted in florid, lifelike colors).

Book an Experience at Rome VIEW ALL