Side Trips from Paris

Why You Should Visit Vaux-le-Vicomte, Versailles’ Magnificent Precursor 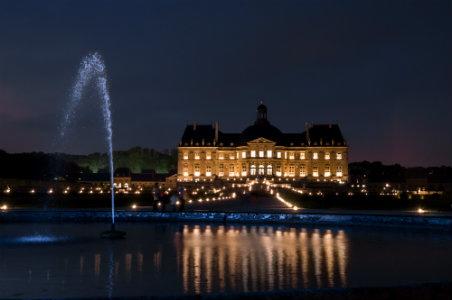 A stunning example of French Baroque architecture, Versailles is one of the most popular, history-steeped attractions in the Paris environs, with 7.5 million tourists visiting last year. But if you're looking for something a lot less crowded, turn your attention to Vaux-le-Vicomte. Less than an hour from Paris, this stunning château served as the inspiration for Versailles, and its fascinating history, splendid interiors, elegant gardens, and refreshing lack of crowds make for one of the most satisfying day trips from Paris.

The Birth of Two Châteaux 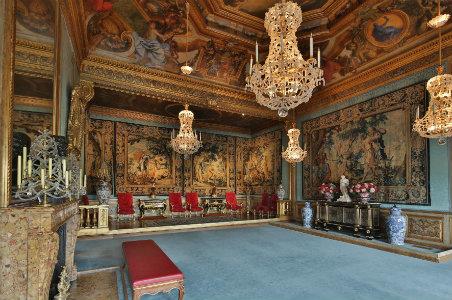 Unbeknownst to Fouquet, Louis' trust had been steadily eroded by advisors plotting the minister's ruin, and the party served only to aggravate rumors that Fouquet's château had been built at the king's expense. Fouquet was arrested three weeks later and spent the rest of his days in prison, while the king hauled away every last item in Vaux and appropriated Fouquet's team to transform the hunting lodge into something no one would ever surpass: Versailles. 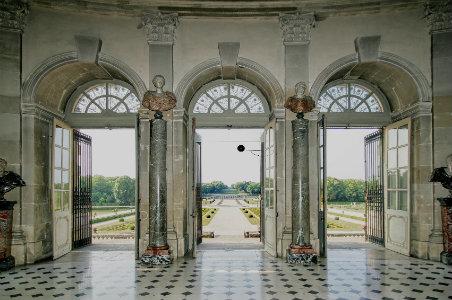 Today, visiting the two châteaux is an experience as different as the properties themselves. Built to astound, Versailles is impossible to see in a day, with its vast interiors and enormous gardens. By contrast, Vaux-le-Vicomte, a private home representing the pinnacle of 17th-century elegance, is a single harmonious package, easily explored in an afternoon.

Furthermore, while Versailles has been outfitted with modern updates to accommodate the volume of tourists, the stately entrance to Vaux-le-Vicomte remains pleasantly unmarred. Just past the château's reception, Vaux's soaring, oval-shaped Grand Salon offers a vantage point of exquisite transparency, with a sweeping view of the garden.

The legendary landscape gardener André Le Nôtre designed the grounds at both châteaux, and the 2,000-acre spread at Versailles took 40 years to complete. Vaux-le-Vicomte's 100-acre plot is decidedly more modest, though it is considered Le Nôtre's masterpiece. The garden's parterres, water basins, grottoes, statutes, and canal have all been painstakingly restored; perhaps the grounds' most striking feature is the Great Water Mirror, which reflects the entire facade of the château. The gardens are easily explored on foot, although getting around in a four-seat electric cart is highly recommended (€15 for 45 minutes). 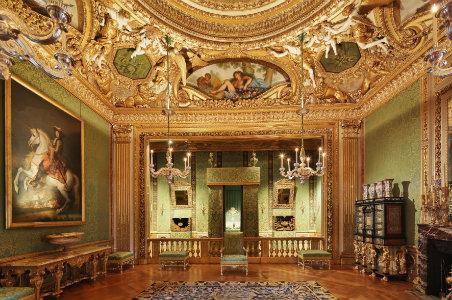 Nothing tops Versailles for sheer opulence, and many of the original furnishings from Vaux-le-Vicomte were taken to Versailles, where they remain to this day. However, the present owners of Vaux have spent the last five generations gradually restoring the château to its original splendor. From Le Brun's gorgeously painted, gilded walls and ceilings down to the vaulted cellar kitchens, the overarching effect is one of quiet elegance, intimacy, and proportion.

Vaux-le-Vicomte is privately owned by the De Vogüé family, who live on the premises and have taken great care to make visitors feel welcome on the property. A large part of Vaux's charm is the calendar of special events offered throughout the year with the whole family in mind. In April, three tons of chocolate eggs are hidden on the premises for a giant Easter egg hunt; a costume event in May recreates a leisurely day in a 17th-century garden, with fencing, horses, and Baroque dances; and in November, the great Paris chocolatiers gather here for demonstrations and pastries galore. 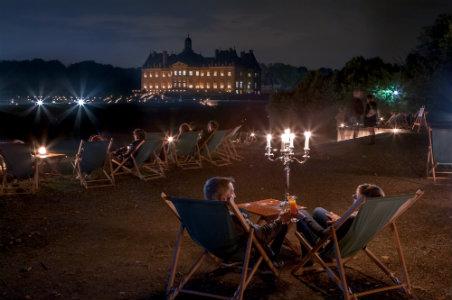 Nothing tops Vaux's romantic candlelit evenings, held every Saturday between May and October, when the château is illuminated inside and out with 2,000 candles. Visitors can dine al fresco on a garden terrace facing the dazzling château at Les Charmilles restaurant (reservations recommended), then tour the château. Alternatively, you can sip a glass of Champagne in the garden at Le Songe de Vaux while reclining in a lawn chair to the strains of classical music (open all day). At 10:50, a fireworks display wraps up the evening. If you go on the second or last Saturday of the month, you'll also be treated to a fountain display, from 3–6 p.m.

The handsome outbuildings house the L'Écureuil café, which serves a light lunch menu and snacks on an outdoor terrace (open daily from 10 a.m. to 6 p.m., until 10:30 p.m. on candlelit evenings). Picnics are permitted in specific areas on the grounds, but there's nowhere to store baskets or coolers, so keep it light and disposable. The château's boutique is a great place to stock up on tasteful gifts and souvenirs, and Vaux's Horse and Carriage Museum offers a fascinating look at 17th-century horse-drawn conveyances.

Cityrama-Pariscityvision offers a package ticket that includes a shuttle from Paris to Vaux-le-Vicomte every day except Tuesday, between March 31–October 31 at 9:15 a.m., leaving the château at 6:15 p.m. Trains on the French railway system, SNCF, leave every half hour from Paris's Gare de Lyon to the Melun train station (25 minutes), where you can get the Chateaubus shuttle (weekends only) or a taxi (about €20) for the short ride to the property. By car, the 34-mile drive from Paris takes about an hour.