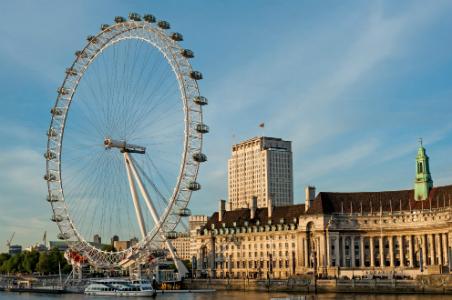 It's no secret that London is one of the world's most vibrant cities for arts and culture lovers, and this fall is no exception. The new season brings exciting theater productions and museum exhibitions, not to mention trendsetting hotels and restaurants. For an arts-filled trip across the pond, read on to find out everything you need to know about what's new in London this fall.

All the World's a Stage 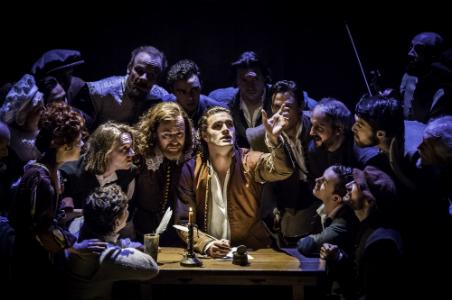 If you’re in London, you’re likely thinking about Shakespeare. There are always various stage performances of the classics—the Royal Shakespeare Company's Henry IV, Parts I and II will be at the Barbican (Nov. 29, 2014 through Jan. 2015)—but this season also has a marvelously entertaining stage adaptation of Tom Stoppard and Mark Norman’s 1998 movie Shakespeare in Love (through Jan. 10, 2015). It’s vastly enjoyable and an easy way for the whole family to get an unstuffy fill of the Bard.

For anyone with even a passing interest in the royals or the monarchy, King Charles III (through Nov. 29, 2014) is a must. The play imagines what might happen to the monarchy after the death of Queen Elizabeth II, but it’s essentially a family drama played out against a backdrop of political chaos. Prince Charles and Camilla are the old guard; Prince William, Princess Kate, and their son, George, represent the possibility of a new age; while a down-and-out Prince Harry finds a goth girlfriend who understands him.

Insider Tip: For an excellent pre-theater meal, the dinner prix-fixe at the Portrait Restaurant on the top floor of the National Portrait Gallery is quite reasonably priced (£17.50 for two courses, £21.50 for three courses) and just a 10-minute walk to either theater (the restaurant is also open for breakfast, lunch, afternoon tea, and à la carte dinner). The stunning panoramic views from above Trafalgar Square take in the London Eye, Big Ben, and Nelson's Column, and the service is top-notch. 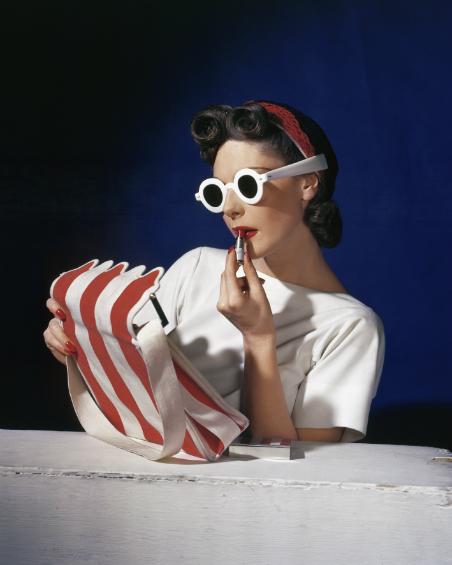 The standout modern-photography exhibit in London this fall is “Horst: Photographer of Style” at the Victoria & Albert Museum (through Jan. 4, 2015). Although the German-American artist Horst P. Horst isn’t as well known as Richard Avedon and Irving Penn, he was one of the premier fashion photographers of the 20th century. This exhibit explores the important periods of his work: One room includes all 94 covers he shot for Vogue; another section is devoted to his portraits of stage and screen stars, including Rita Hayworth, Marlene Dietrich, Bette Davis, and Joan Crawford. Also look for his portrait of Coco Chanel that was her favorite for many years, his surrealistic fashion photo collaborations with Salvador Dalí, and the stunning photo of Gloria Vanderbilt taken when she was just seventeen.

“Sherlock Holmes: The Man Who Never Lived and Will Never Die” is the hotly anticipated show at the Museum of London (Oct. 17, 2014 through April 12, 2015). The show plumbs Sherlock's history from the page to the stage to the big and small screens—including, of course, the current Sherlock series starring Benedict Cumberbatch. Even non-Sherlock aficionados will enjoy the exhibit’s exploration of Holmes’s analytic way of thinking, which provokes museumgoers to think like Sherlock. What can be deduced, for example, about the wearers of the Victorian clothes on display if you notice ink stains on one sleeve of a garment?

Fall also brings the annual arrival of Frieze London (October 15–18, 2014), one of the world's best art fairs. Held inside Regent's Park, the fair offers up contemporary artwork from some of the hottest galleries in the world.

Fans of Tracey Emin’s provocative work will want to visit the iconic White Cube gallery in Bermondsey for “The Last Great Adventure is You” (Oct. 8, 2014 through Nov. 16, 2014). The exhibit will feature Emin's sculpture, painting, embroidery, and neon pieces.

For art from the Romantic period, head to the Victoria & Albert Museum for “Constable: The Making of a Master” (through Jan. 2015), a major exhibition of the British artist (1776–1837), whose work is presented alongside many of the artists who influenced his techniques, including Raphael and Rubens. The V&A has, since the 19th century, been home to the largest collection of Constable works in the world, and the show draws largely on the museum’s own vast collection.

At the National Gallery, “Rembrandt: The Late Works” (Oct. 15, 2014 through Jan. 18, 2015), is the first exhibit to fully explore the final years of the incredibly prolific Dutch painter's life. The show is particularly interesting because it shows how Rembrandt's creativity continued to grow in the later years of his life. Some of the artist's most iconic works will be displayed, including several self-portraits. 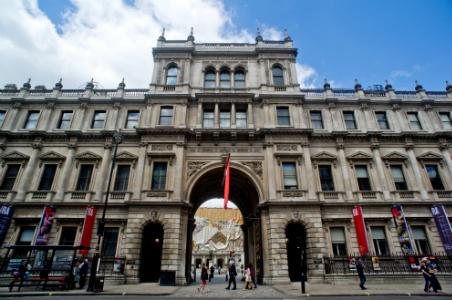 The fabulous Royal Academy of the Arts building will be hosting “Rubens and His Legacy: Van Dyck to Cézanne” (Jan. 10, 2015 to April 10, 2014). Rubens’ style of realism is known to have significantly influenced many artists, and this show places his work in context, alongside important paintings by Van Dyck, Turner, and Delacroix, Cezanne, Renoir, Klimt, and Picasso. 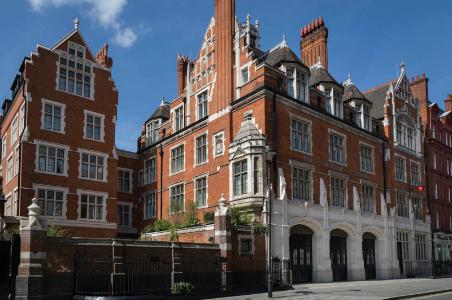 The hottest table in London for the past few months are at Chiltern Firehouse, Andre Balaz’s most recent restaurant (and hotel) venture. Madonna and Kate Moss are frequent diners here, but the food is as attention-worthy as the celebrity sightings. If you don’t manage to snag a dinner reservation but you want to experience what everyone’s talking about, the restaurant is also open for breakfast (Mon. to Fri., 8 am to 10:30), lunch (noon to 2:30) and weekend brunch (11 am to 3 pm). The giant windows in the remodeled firehouse let in the light during the day and the atmosphere is quite lovely.

Hixter, located near the Tate Modern, is the newst member of Mark Hix’s mini-empire of restaurants. The subterranean bar is all London-hipster-cool, while the upstairs dining room, by contrast, is bright and airy. Main courses focus on chicken and steak, but make sure to order a few dishes from the “Snax” and “Starters.” The aubergine (eggplant) salad and the oversized Yorkshire pudding (like a giant popover), served with a chicken liver spread served on the side, are standouts.

For tapas-style small plates with Italian and Spanish influences, head to Ember Yard in the midst of bustling Soho. The focus here is on grilled foods, and there are larger plates to share as well.

Any of Russell Norman's restaurants is a good choice, including the recently expanded Polpetto, which focuses on small plates and seasonal fare. London is home to several locations of Norman's first restaurant, Polpo, as well as Spuntino, Mishkin's, and Ape & Bird. 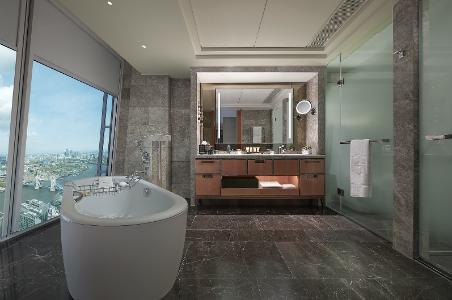 The Shangri-La Hotel at the Shard, which opened in May, literally towers over the competition—it takes up the 34th to 52nd floors of Europe's tallest building. The views are the thing here, along with the Asian aesthetic and all the luxuries expected from the pre-eminent Hong Kong-based hoteliers. There are 180 rooms and suites currently open (with 22 more set to open in 2015); prices start at £450.

The intimate Artist Residence, in Pimlico, just opened its doors in September. The feel is very neighborhood-y and down-to-earth, with just 10 rooms (including 2 suites), each featuring a unique design. It’s the third hotel by the British-based hoteliers (the other two are in Cornwall and Brighton). Rooms start at £190, making it one of the more affordable options in town.

The Ham Yard Hotel, just steps from Piccadilly Circus in Soho, is the latest from from Kit and Tim Kemp's Firmdale Group (also behind NYC's Crosby Street Hotel and the Soho Hotel and Covent Garden Hotel). It's very luxe-cool, with a quirky British aesthetic and fun hotel features that seem aimed to attract an A-list crowd—in addition to spacious and sumptuous rooms, it has a 176-seat private theater, and it's own bowling alley. There are 91 rooms and suites, plus 24 resident apartments. Guest rooms start at £370.

For more suggestions about where to go in London and information on planning your trip, visit the Fodor's London Travel Guide. For more about events and what's going on, check out www.visitlondon.com.