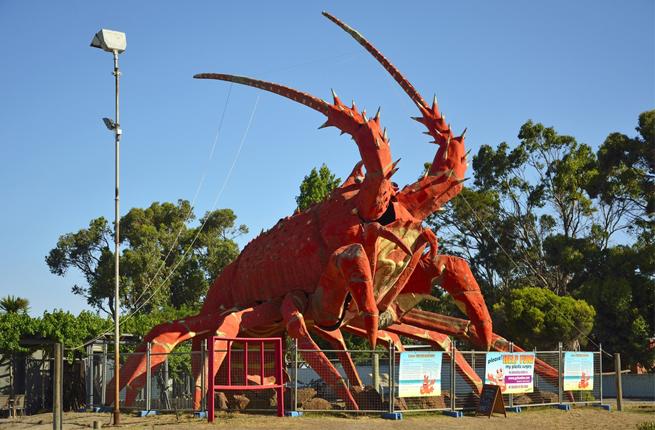 Larry the Lobster under construction in 2016

It has been a controversial issue in South Australian tourism for some time now, but finally, a move has been made. At last, Larry the Lobster has had his plastic surgery.

This 55-foot tall lobster statue, a southeast South Australian tourist attraction that is considered a must-see on Australia’s “big list,” has been in need of a refurbishment for some time, and last year he was surrounded by some controversy when the crowdfunding campaign to raise money for his surgery was momentarily stalled. Apparently, people thought that the money was going to somewhere other than Larry—but it wasn’t, and now Larry has a whole new look, courtesy of owner Casey Sharpe as well as public donations and funding from the state government.

Here is a before photo of Larry: 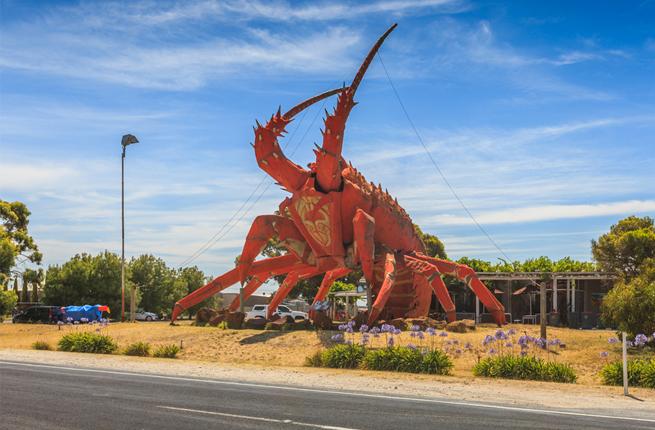 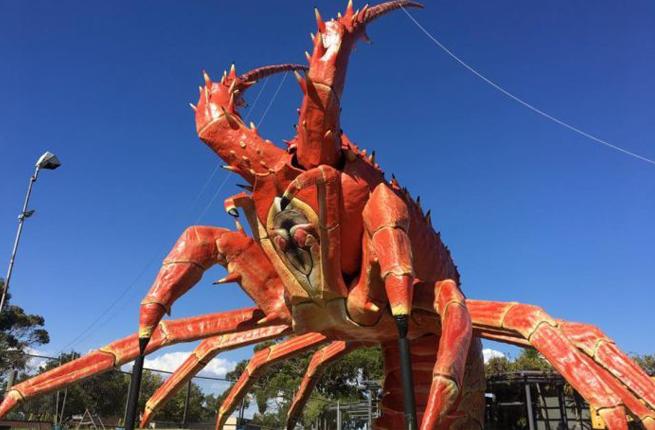 The task was taken on by renowned South Australian artist Lucy Bonnin, and while she has had her work featured in many a prestigious art competition, this just so happened to be her first gigantic lobster statue project.

“I can’t say I’ve ever done a large lobster before,” she commented while laughing. “He is such a bizarre shape. Even with the crane and boom lift, we just couldn't access some spots, so we put brushes on the end of 10-foot poles.”

– New structural work. Over the last several months, Larry’s foundation was refurbished. Like every good transformation, the work always begins on the inside.

– New paint job. Larry’s shell was an old, faded orange color and has been redone with brighter reds and yellows, painted on with different kinds of rollers and brushes to give him lifelike texture. Bonnin even got some inspiration from an actual freshly caught crawfish (which she then ate—sorry).

Bonnin was happy with the end results, saying, “He just looks more like a lobster really. We gave him a bit more of a mouth so he looks quite scary in a way.”

The public is equally as content with Larry’s new look, as his Facebook page is now filled with compliments. You deserve them, Larry—you look great. New year, new you.

PLAN YOUR TRIP to Australia and pay Larry a compliment in person with Fodor’s Guide to Australia.