The longest day of the year is a significant seasonal and cultural waypoint.

Since humans have been on this planet, the longest (or shortest, if you’re in the Southern Hemisphere) day of the year has been a time for celebration. Modern-day travelers can tap into the rites of old and their contemporary cousins at these solstice festivals on June 21. 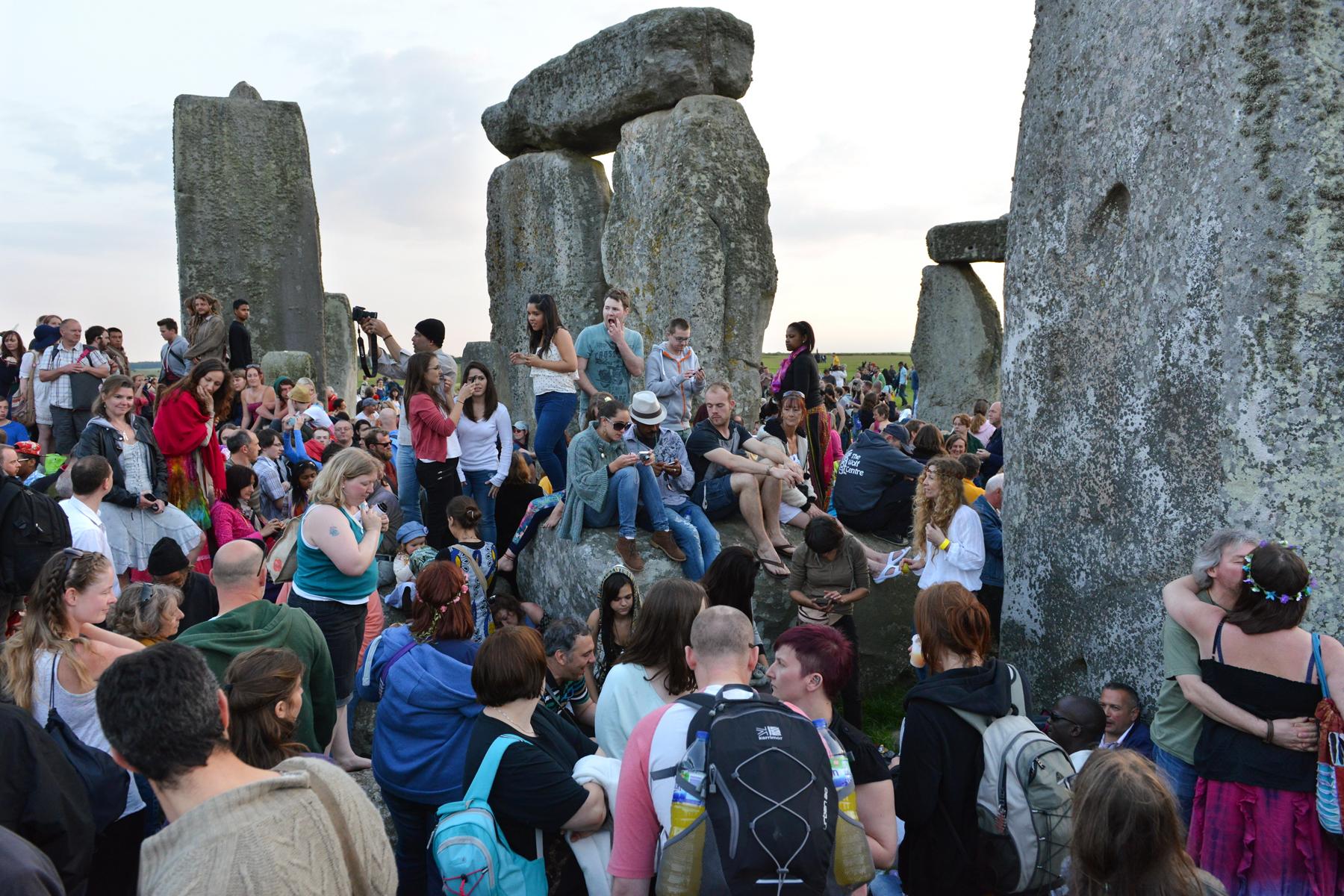 Don’t let the fact that Neolithic people built Stonehenge in 3,000 B.C. fool you: They achieved sophisticated knowledge of the sun’s movement and used it to build what is now Europe’s best-known prehistoric monument. Some 12,000 modern-day sun worshippers visit this popular spot each summer solstice to see the sun illuminate the monument. Viewers face northeast toward a stone standing outside the circle, known as the Heel Stone. The sun rises directly over it and shines directly into the monument’s center, between its horseshoe arms. In the 1970s and ’80s the Stonehenge Free Festival attracted counter-culture types to the monument; although there’s no official festival these days, the celebration continues with the same groovy vibe.

This “secret” festival has never really been hush, hush. More than 8,000 people attended the four-day music festival its first year and that number has only grown since its 2014 founding. Over 150 acts in all genres perform during the four-day festival; that line up fills the stage 24 hours a day thanks to near unending daylight at these northern reaches. Gotta keep busy during the midnight-sun season, right? The festival draws upon ancient Norse traditions, in which the summer solstice was a time to celebrate the season’s bounty. 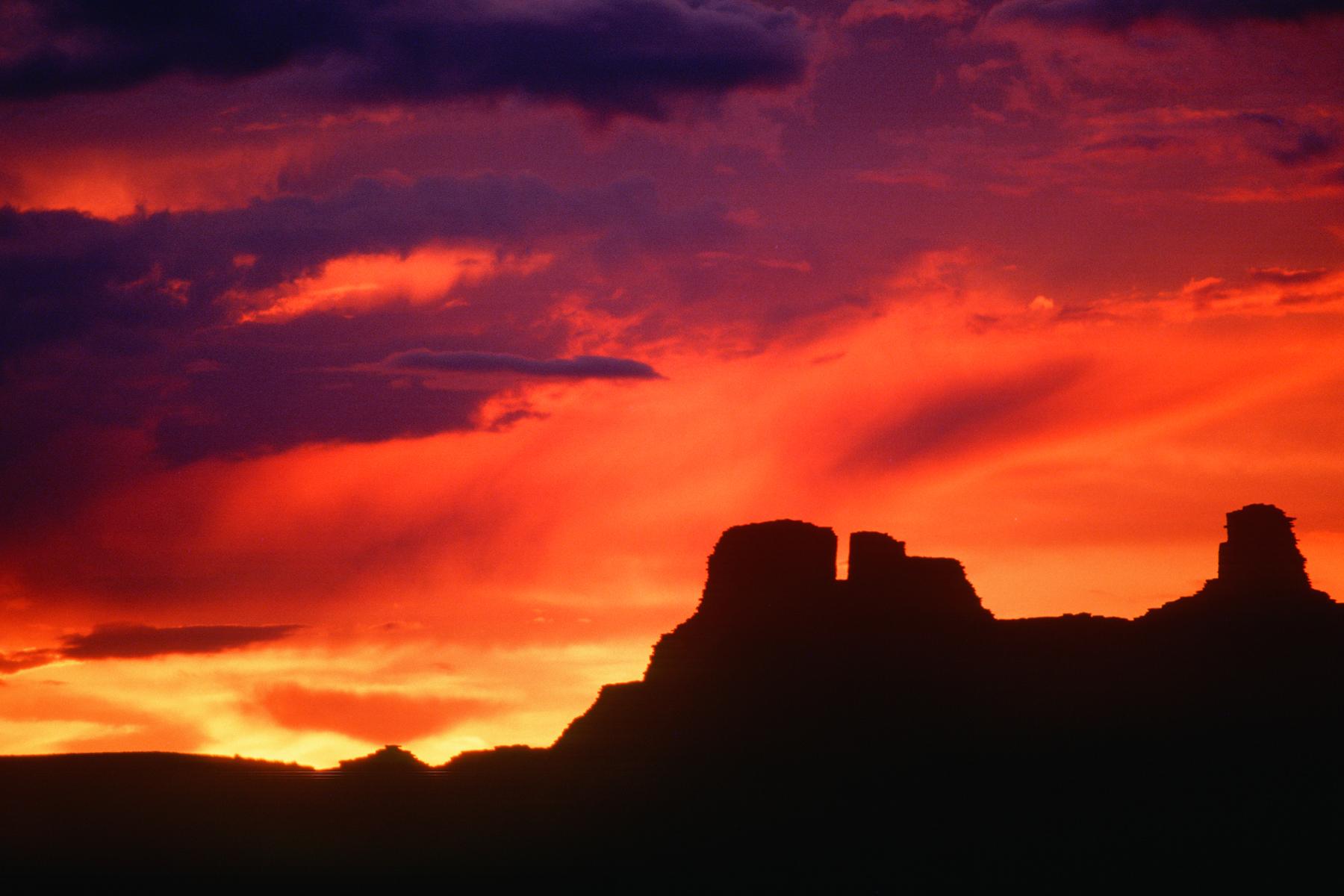 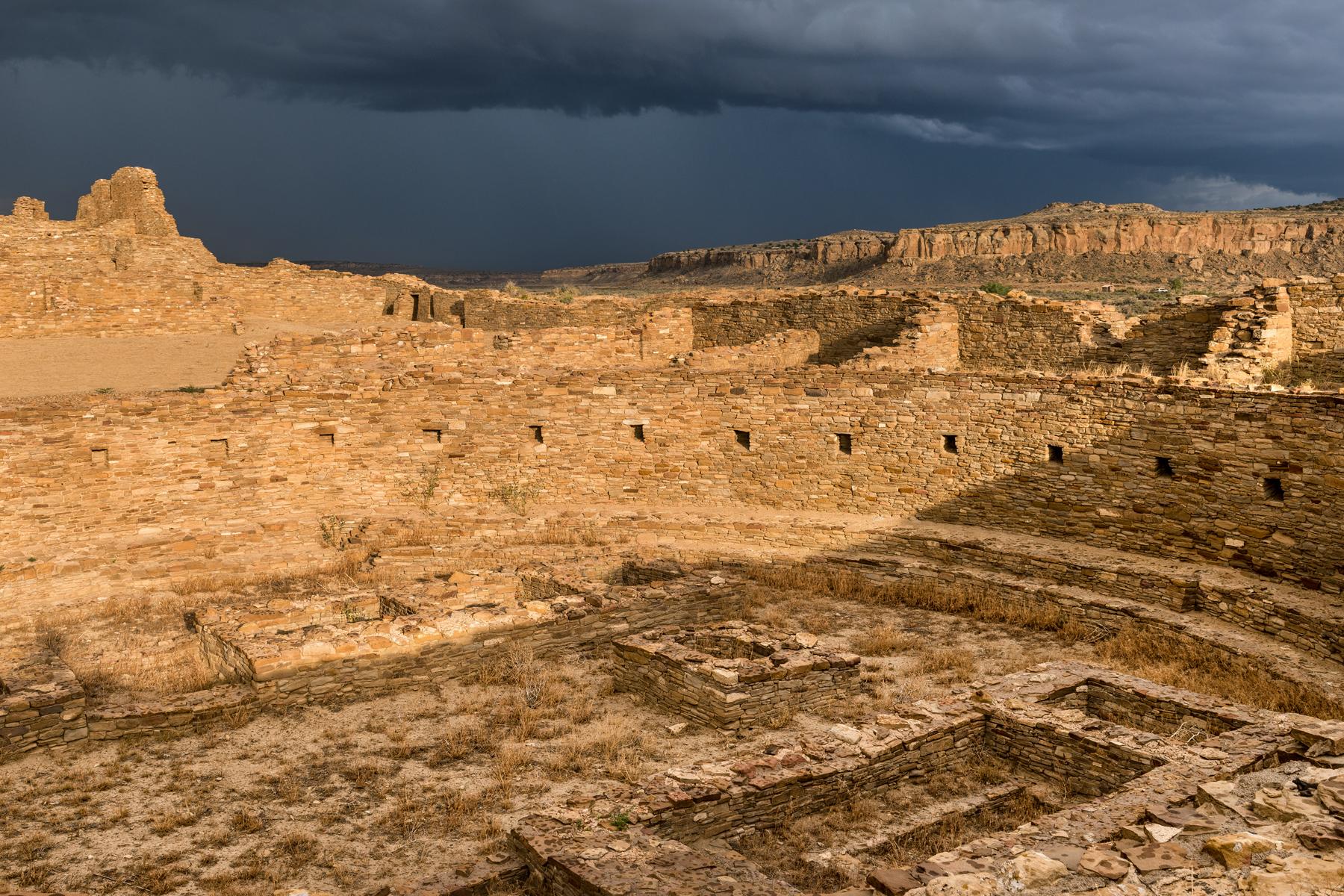 The Ancestral Puebloans showed incredible engineering feats as they constructed a vast network of the multi-storied great houses and kivas (ceremonial chambers) across the Southwestern desert now centered outside Gallup, New Mexico. They lived there between 850 and 1250 A.D., yet their design achievements have staying power even today, as visitors gather each summer solstice to observe a rarely visible alignment at Chaco Culture National Historical Park. At sunrise that morning, light passes through a window in Casa Rinconada, a great kiva, and travels along the wall to perfectly illuminate a niche in the kiva’s wall. 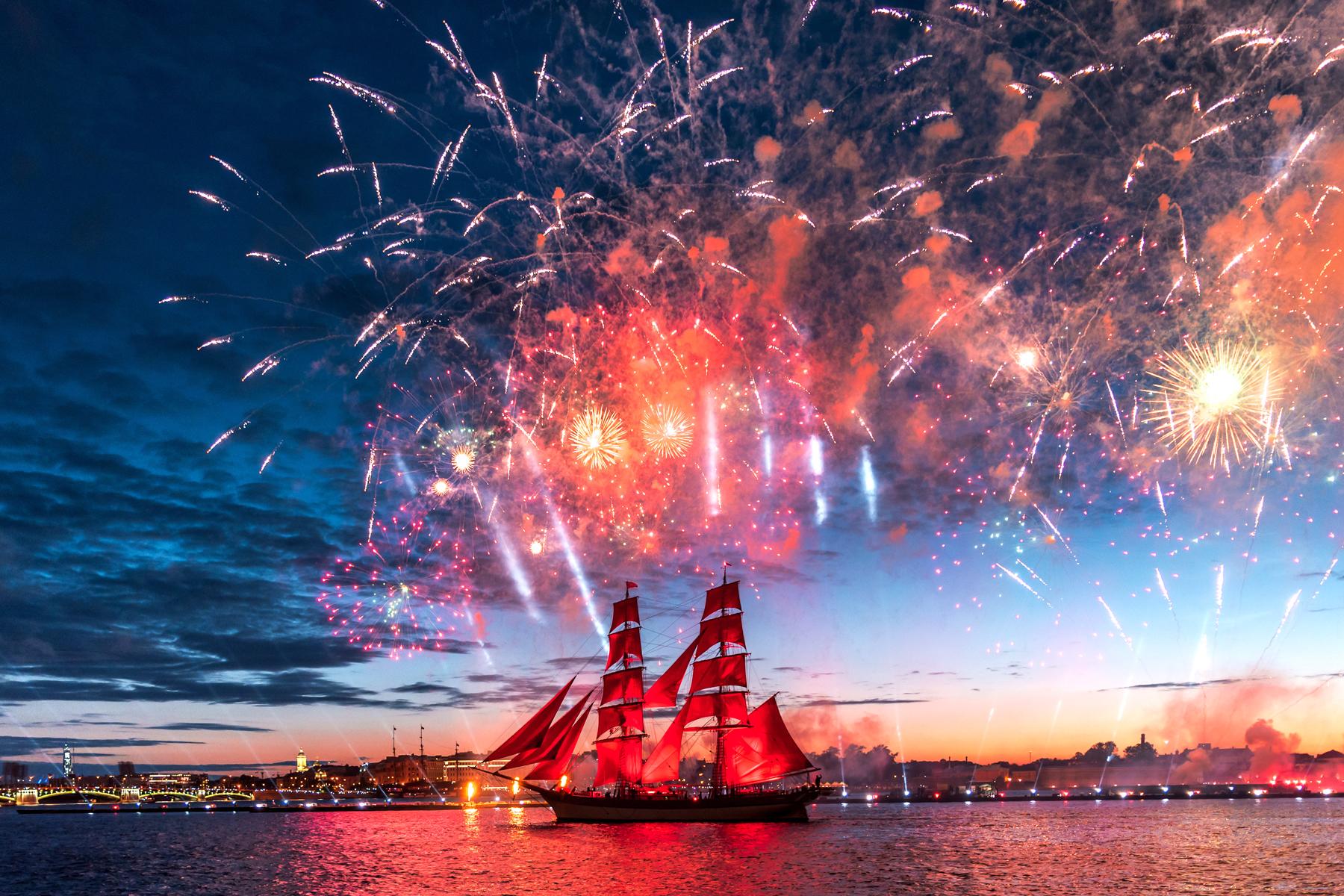 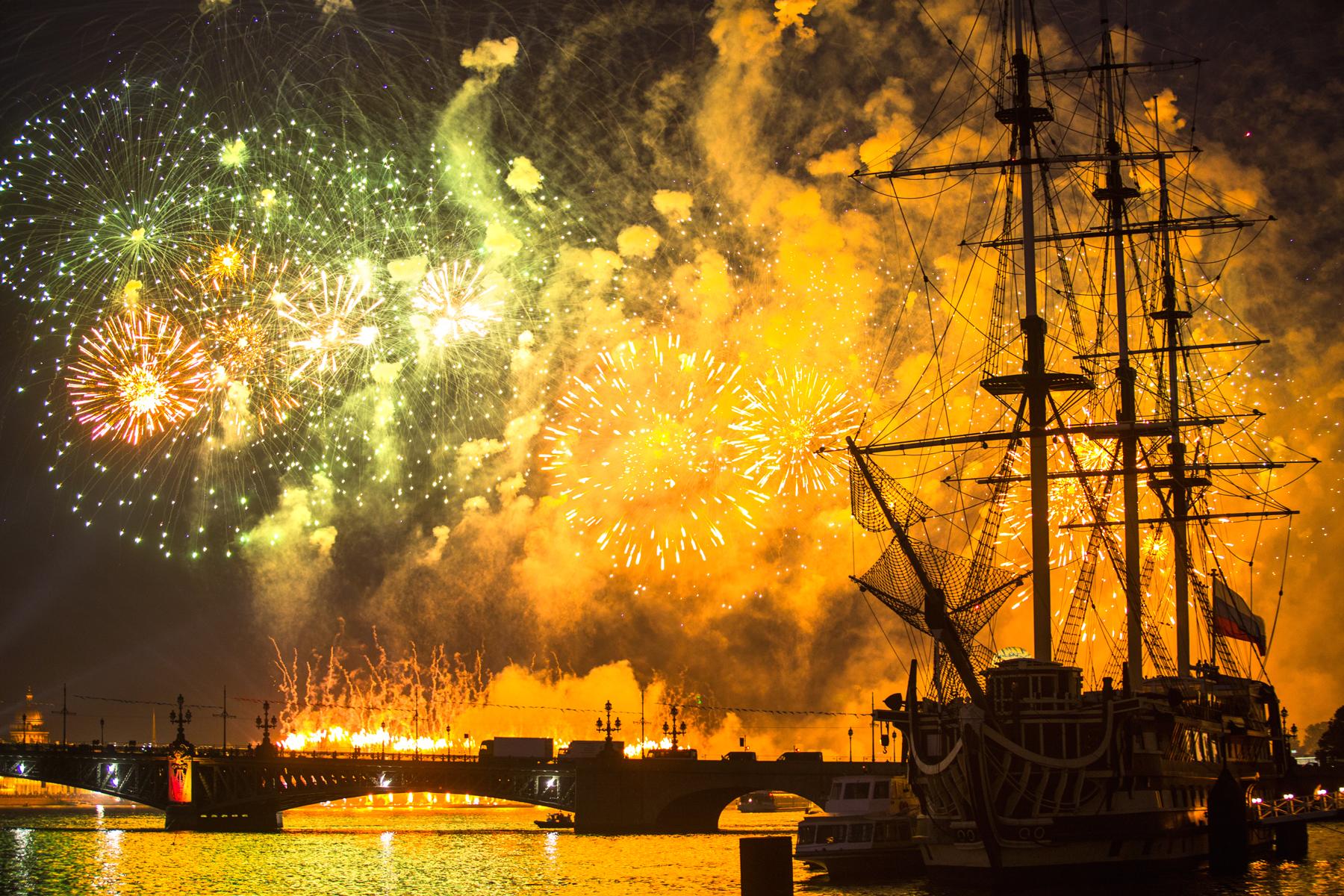 St. Petersburg, the biggest northern metropolis in the world, is known for its long “white nights”—the period of endless daylight between late May and mid-June. The cultural city makes the most of the time with a daily ballet or opera performances at the Mariinsky Theatre and Mariinsky Concert Hall. Palace Square also hosts popular music concerts. The most striking of the festivities, however, is the night of Scarlet Sails, held on the weekend nearest solstice. A red-sailed ship floats along the Neva amid pyrotechnic displays set to patriotic music. 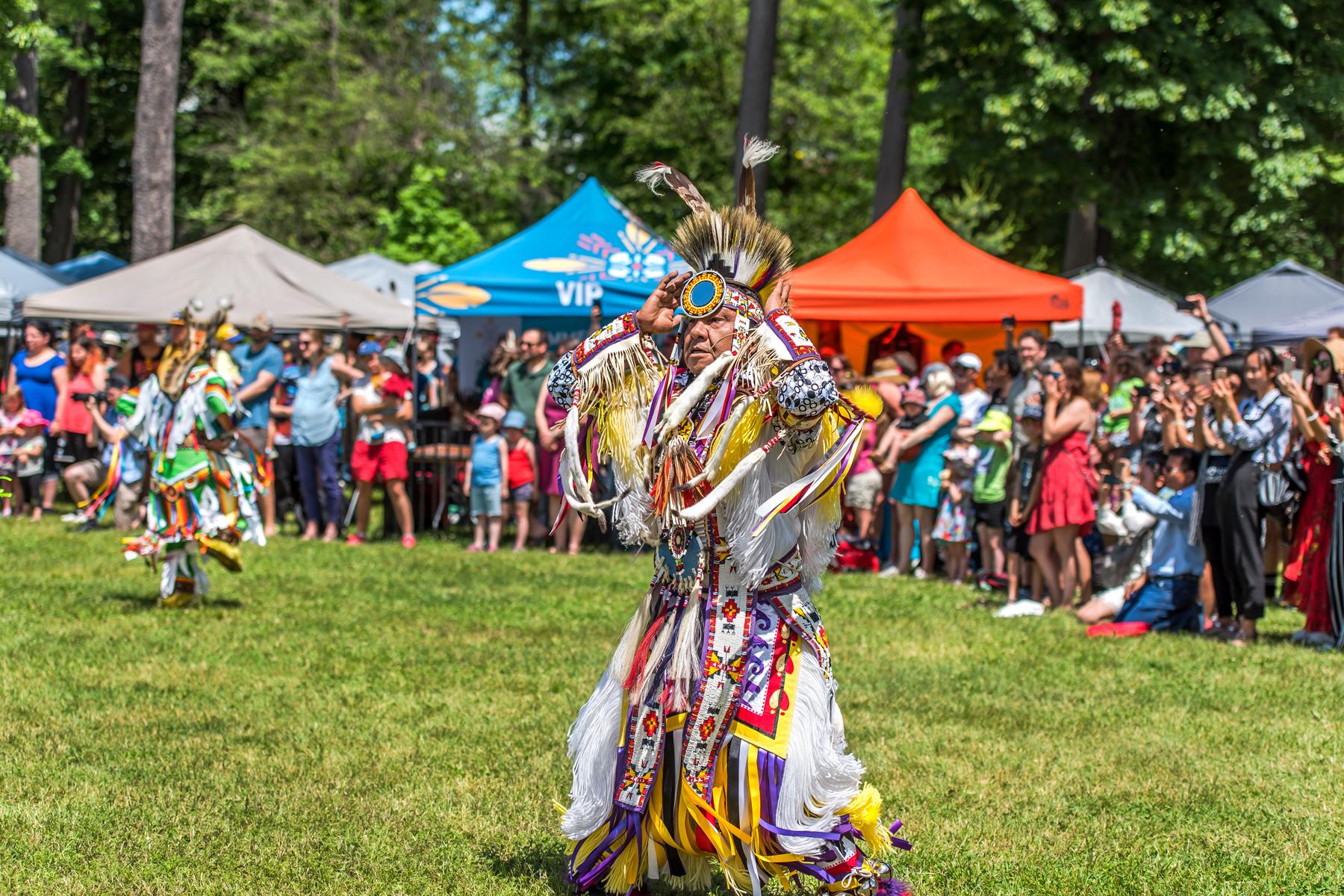 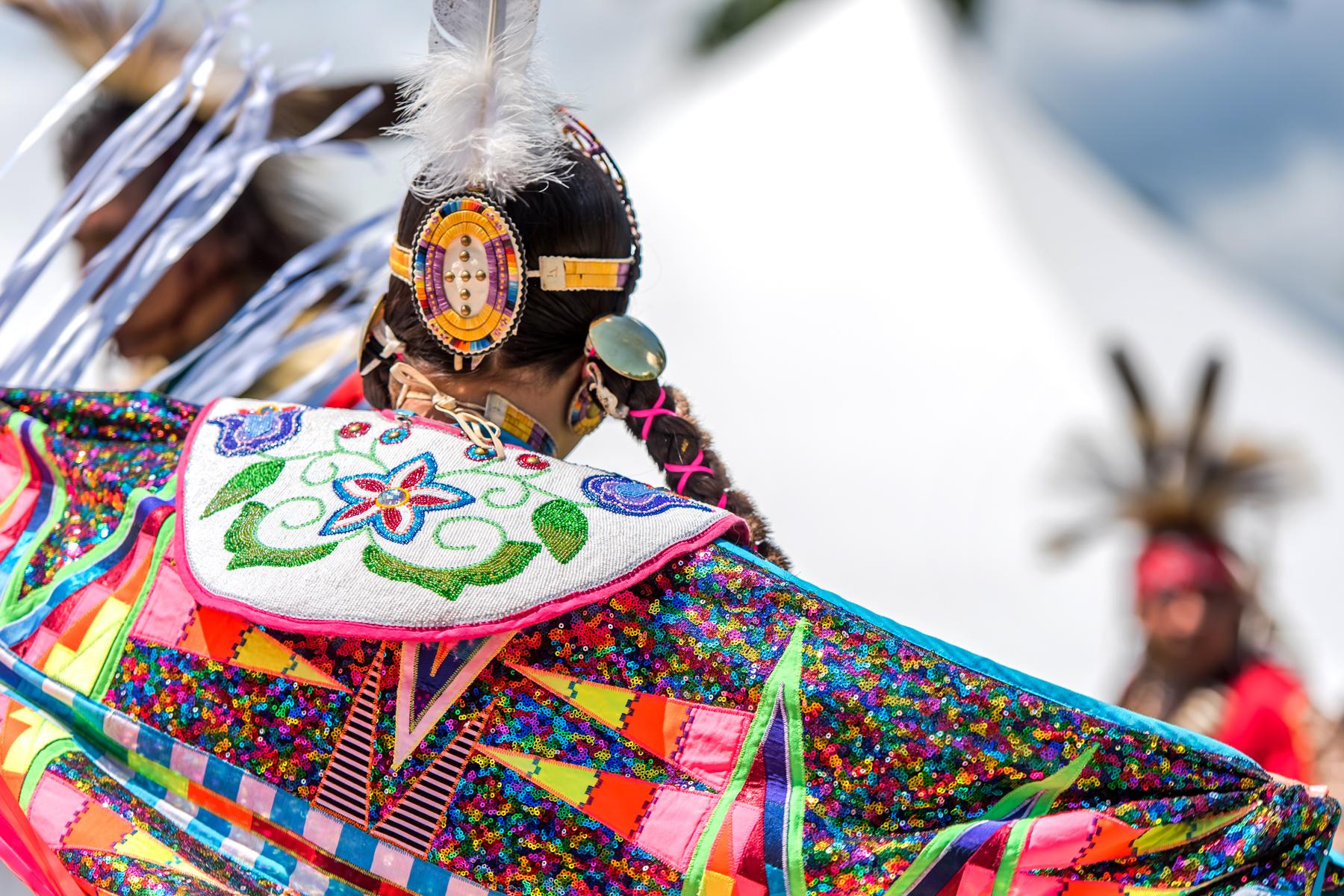 As the sun reaches its highest point, so do seasonal celebrations in indigenous communities. Canada designated June 21 National Indigenous Peoples Day (NIPD). This multi-tribal festival coincides with that day and honors the contributions the Inuit, First Nations, and Métis peoples have made to Canada on the land of the Algonquin Anishinaabe people. More than 40,000 people attend to watch the competition powwow, sample indigenous food, and see live music acts. 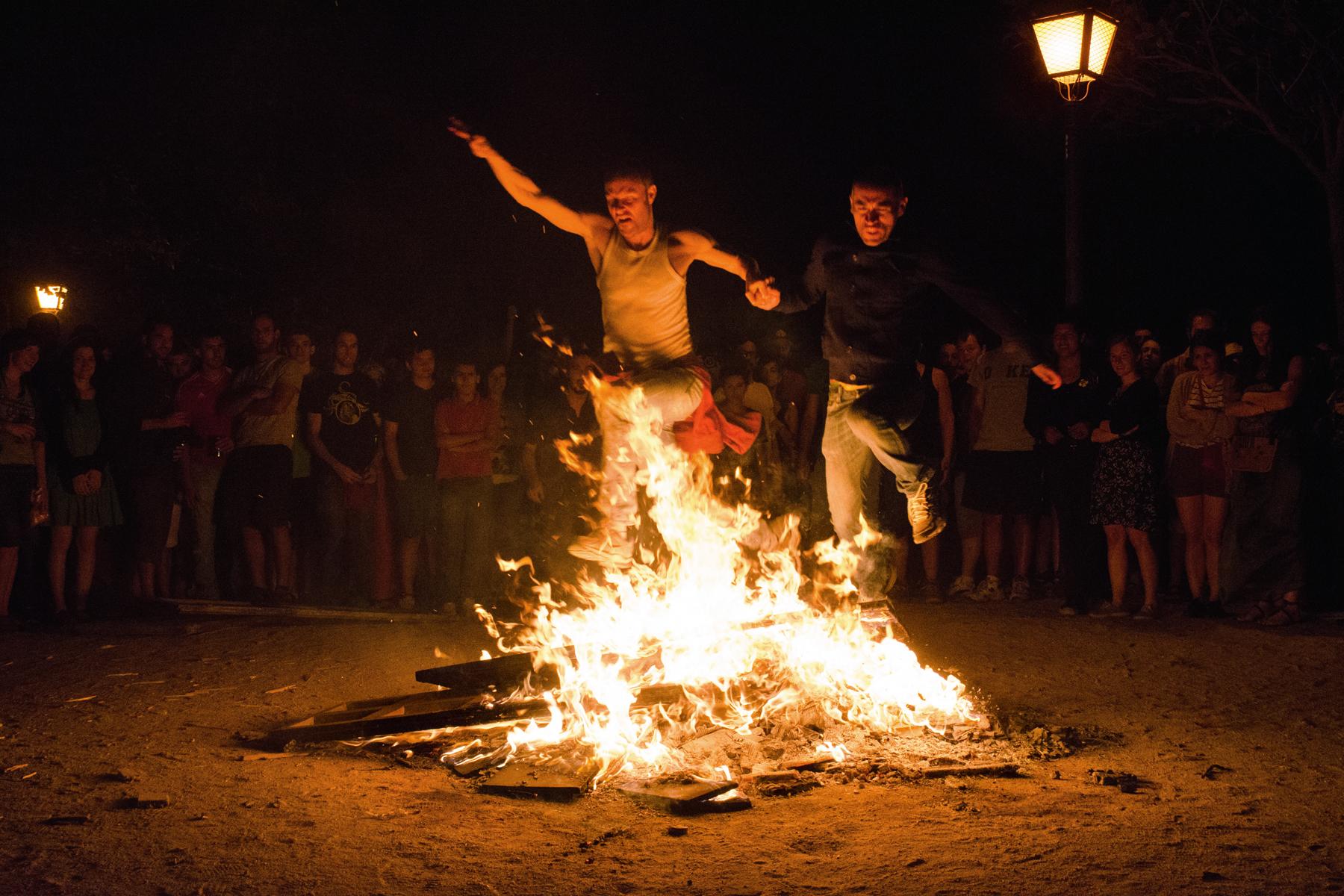 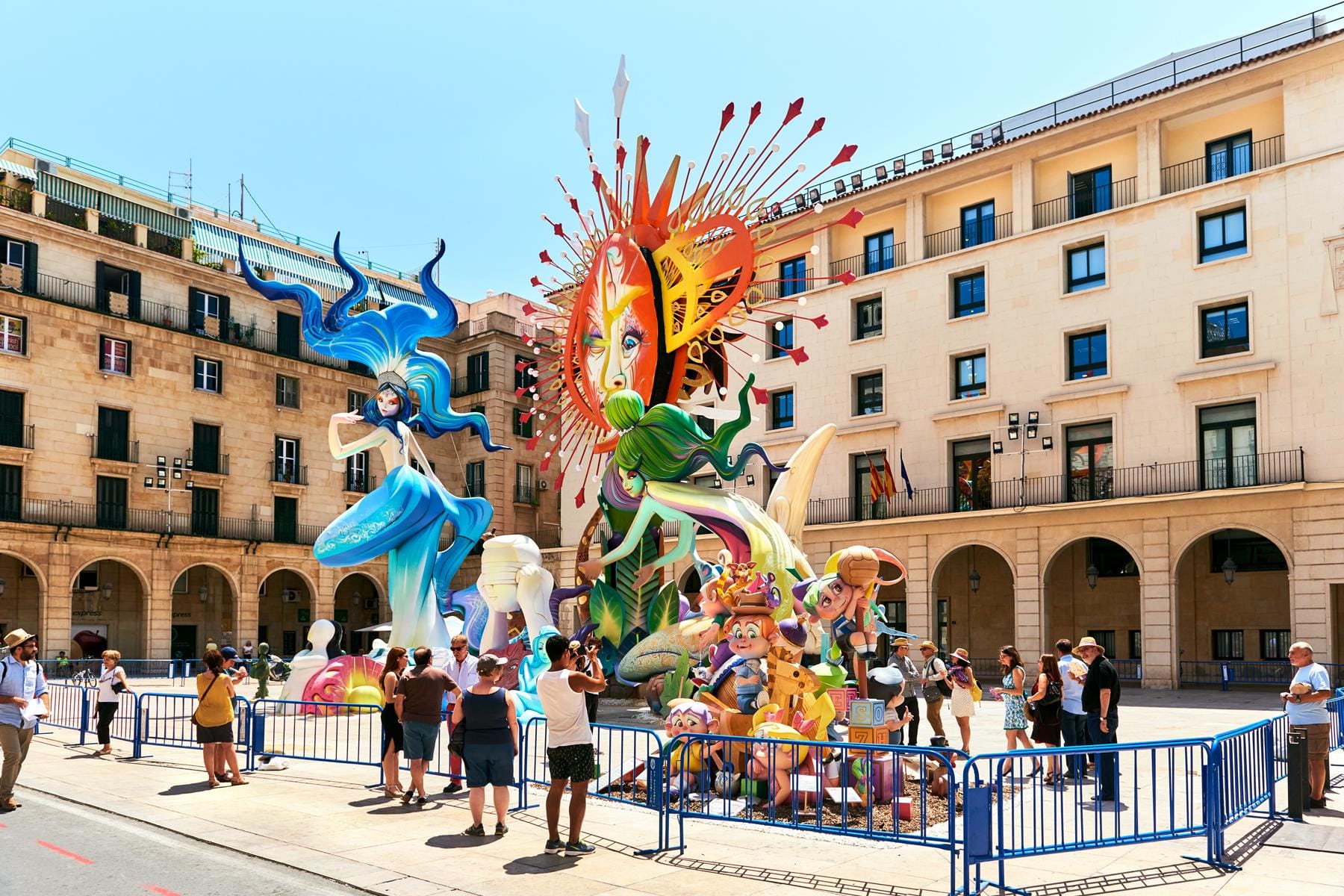 The Catalans refer to Sant Joan’s day, on June 23, near the solstice, as Nit de Foc, or Night of Fire—a fitting name since they mark it with fire dancers and fireworks. There are no formal fireworks displays in Barcelona, the celebration’s hub, but locals take up the mantle buying fireworks at temporary stands around the city. Families organize their own parties to watch the festivities from the city’s signature balconies. Locals and visitors also gather along the beach to sip cava, eat croques (anise-flavored, bread-style cakes both sweet and savory), and listen to music from beach-side bars. 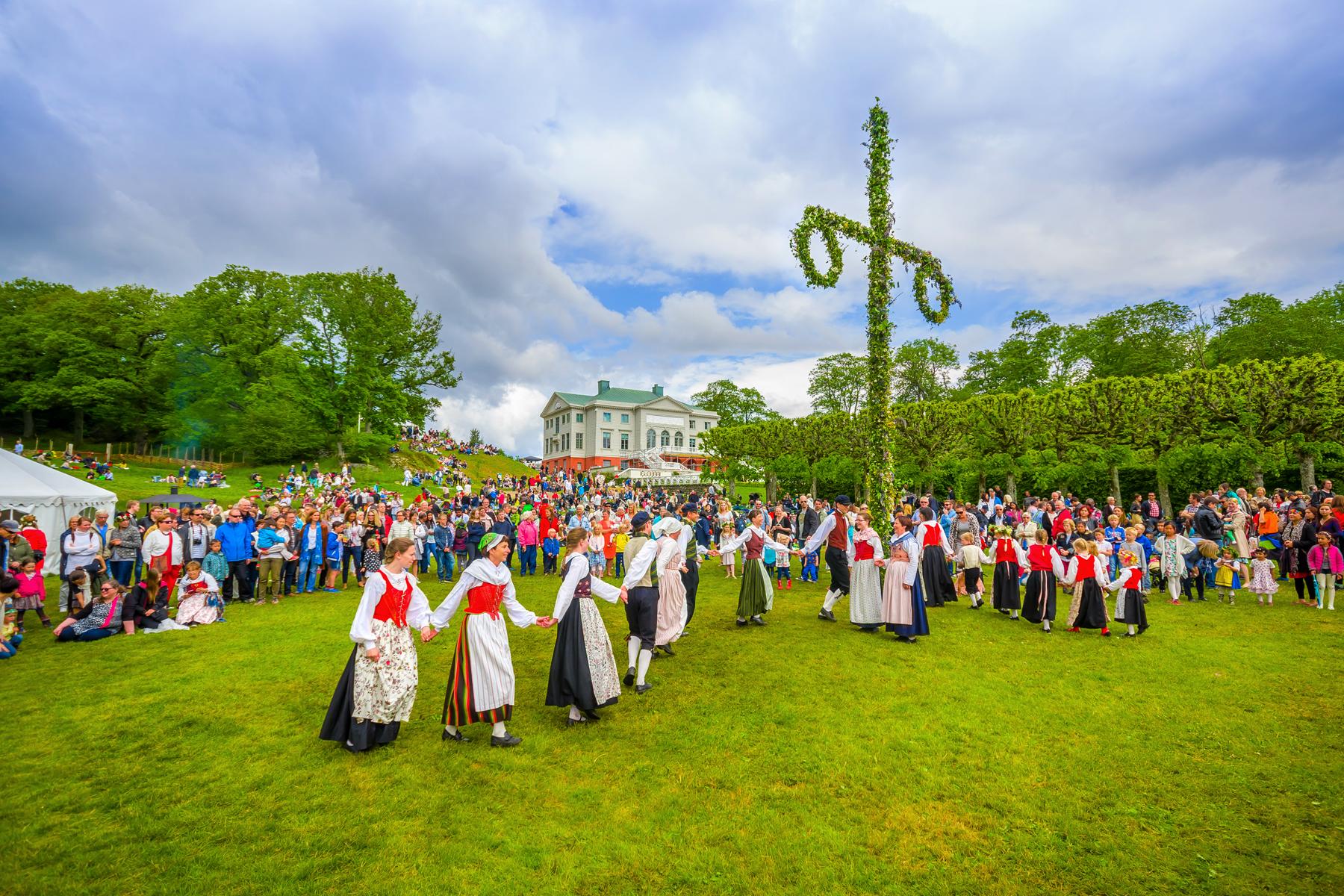 Since the 6th century, Europeans have marked Midsummer. The Swedish have taken up the holiday with gusto, probably in no small part because it kicks off their summer holidays. Midsummer Eve falls near the solstice, on a Friday between June 19 and 25. The celebrations begin with people picking flowers, weaving them into wreaths and placing them atop maypoles. Once people raise the maypole, revelers don their own flower crowns and dance in rings around the poles. Typical Midsummer menus feature classic Swedish dishes like pickled herring, boiled potatoes, grilled meat, and strawberries with cream. As the celebrations wear on, the meal also includes cold beer and spiced schnapps, lending the celebration another level of revelry. 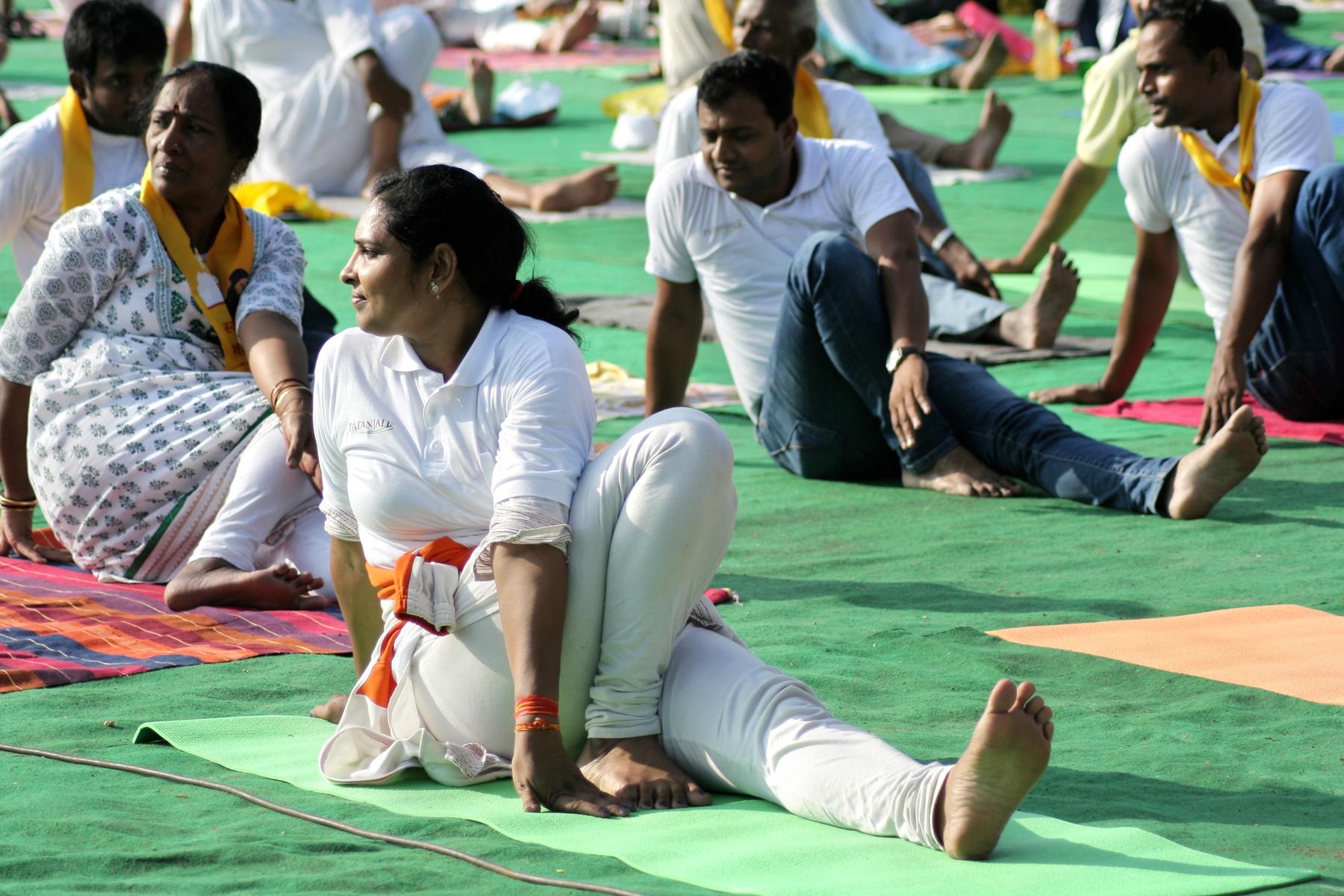 What better way to mark the year’s longest day than saluting the sun? Adiyogi, the first yogi, is believed to have met disciples on summer solstice, so the day is widely observed in India with mass yoga sessions. In 2015, the United Nations made things official by declaring June 21 the International Day of Yoga. In 2017, some 50,000 people joined an outdoor yoga session with Prime Minister Narenda Modi in a Lucknow park, though sessions were held in numerous places across the country. 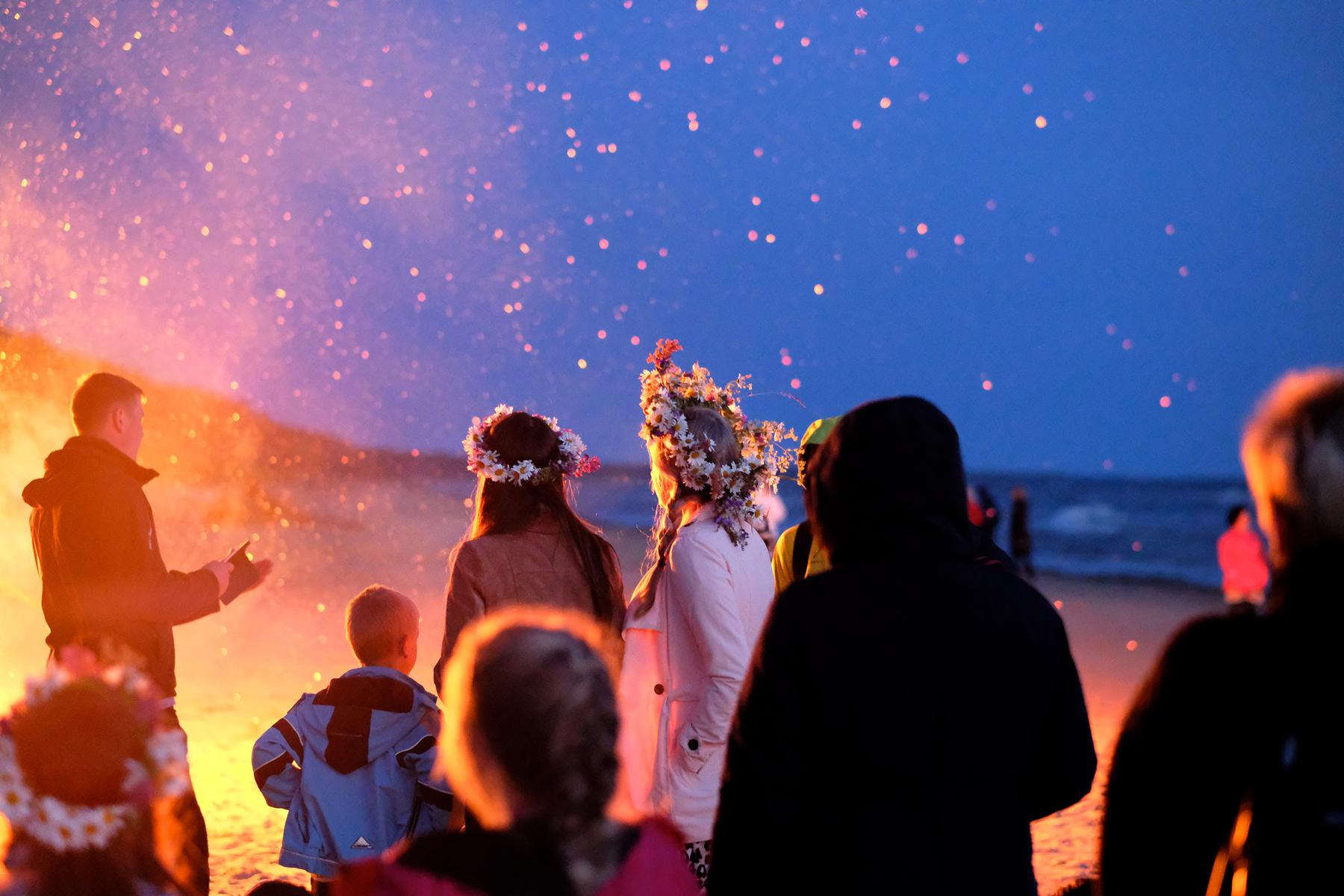 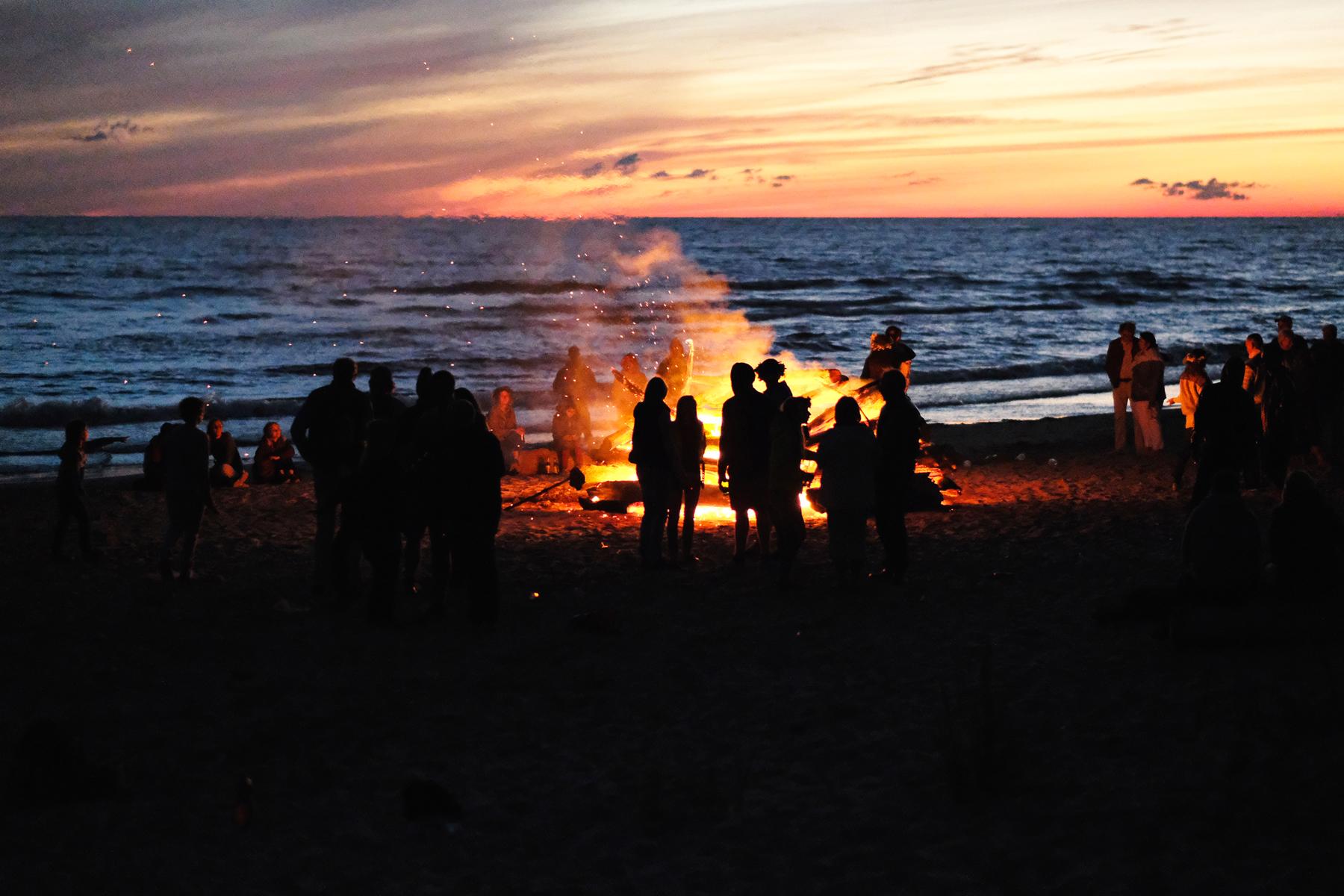 Jāņi celebrations begin in nature, where Latvians walk to gather branches and wildflowers. They decorate their homes with birch, oak, rowan, and fern branches, and weave flower crowns for themselves. The crowns make for fetching accessories for bonfire leaping, another important holiday tradition thought to rid people of their burdens. Latvians also mark the day by steaming in saunas to purify themselves and staying awake all night to wash their faces in post-dawn dew. 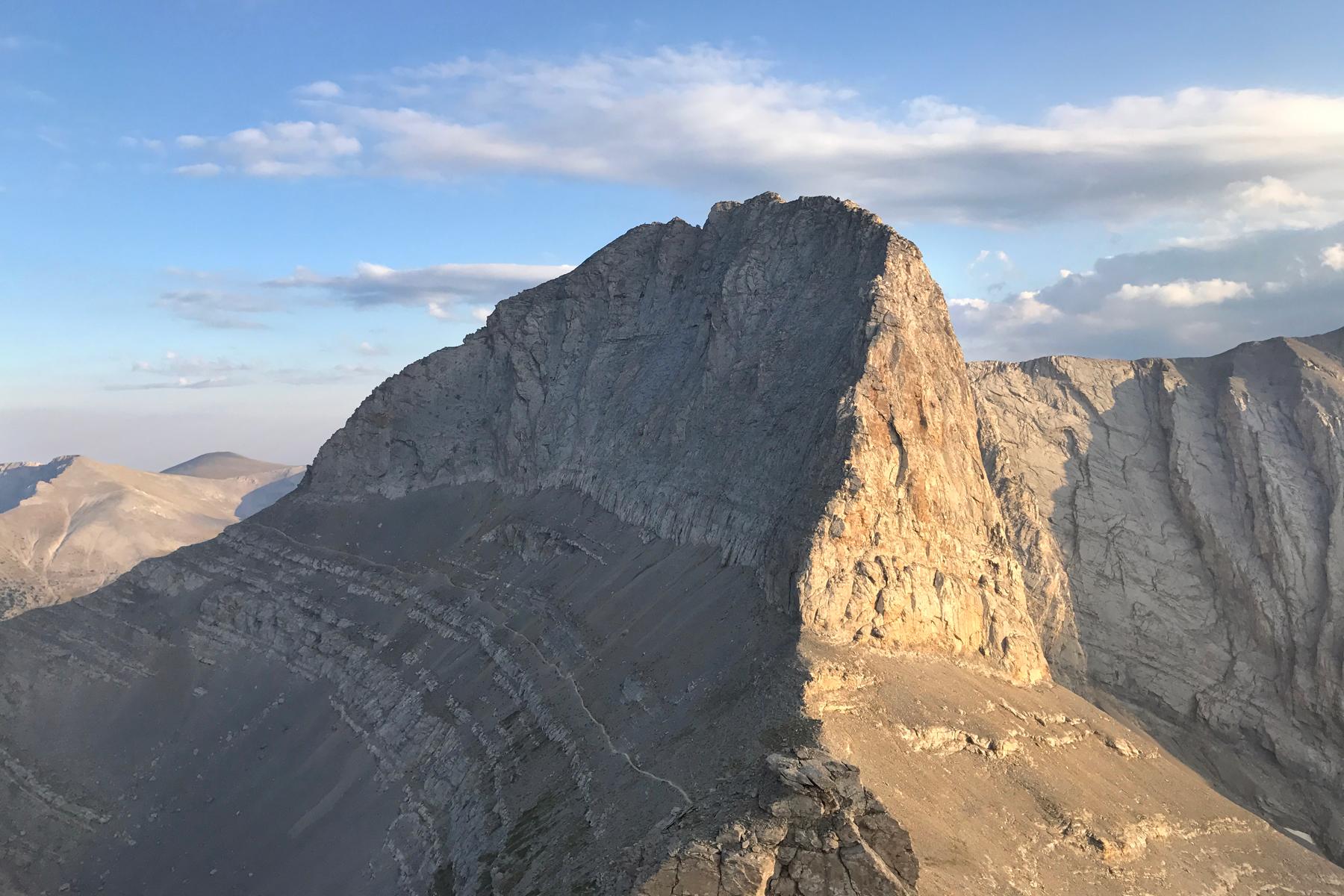 On the longest day of the year, ancient Greeks honored Prometheus for stealing fire from the gods and bringing it to mankind. Today, modern-day Greeks continue the 2,500-year-old tradition climbing to the peak of Mount Olympus, the highest in Greece and the mythological home of the gods. They’ll need all day to climb — the peak is more than 9,500 feet tall. On Greek calendars, the summer solstice doubles as the first day of the year, so the peak gets the hikers’ year off to an athletic start. 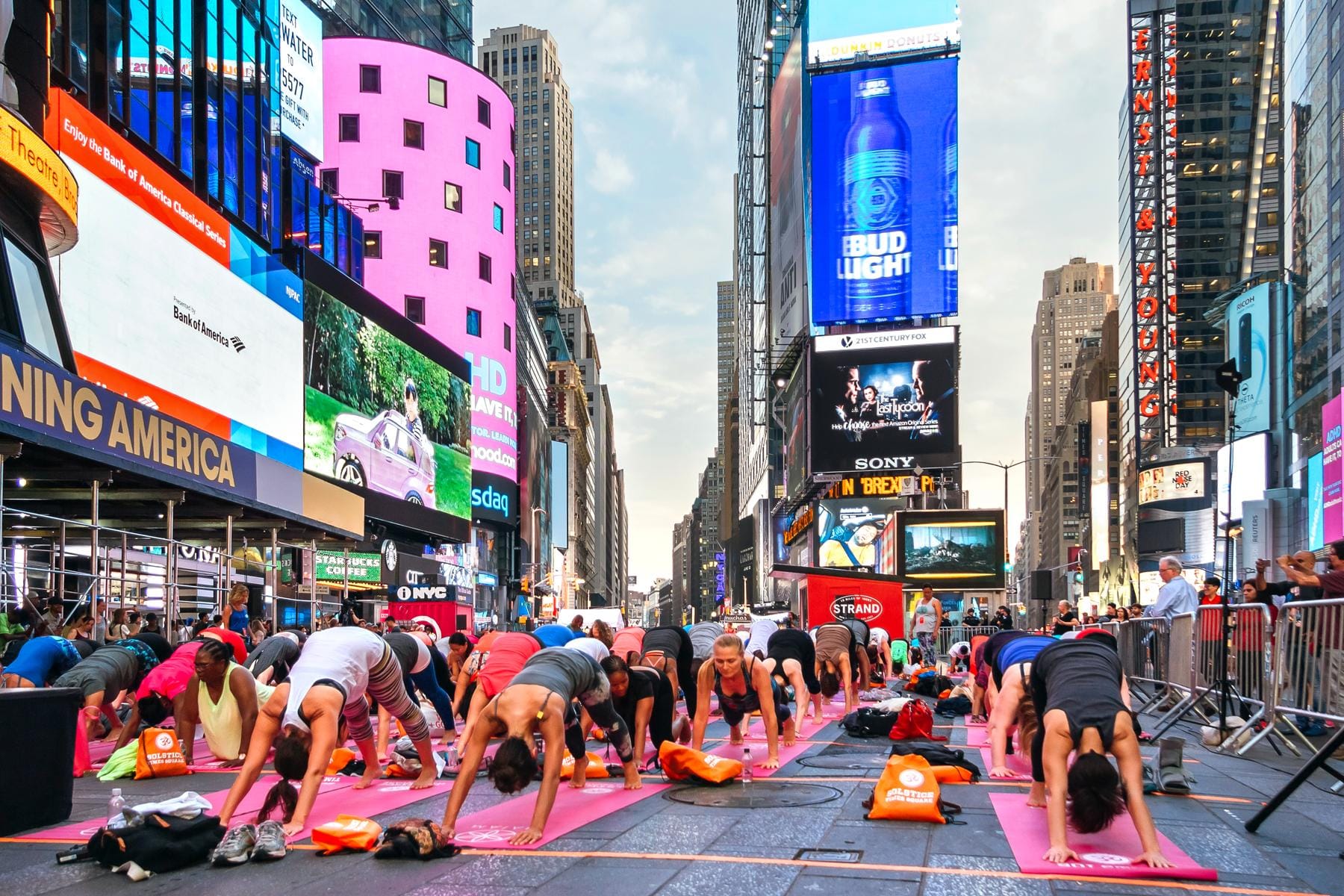 For centuries solstice has marked a renewal of mind, body and spirit. The creators of Mind Over Madness Yoga fest, held in Times Square each solstice, continue this vibe with a day featuring 12 hours of yoga classes. In 2017, more than 12,000 people flowed through sun salutations amid traffic and electronic billboards and the hubbub of America’s central square. 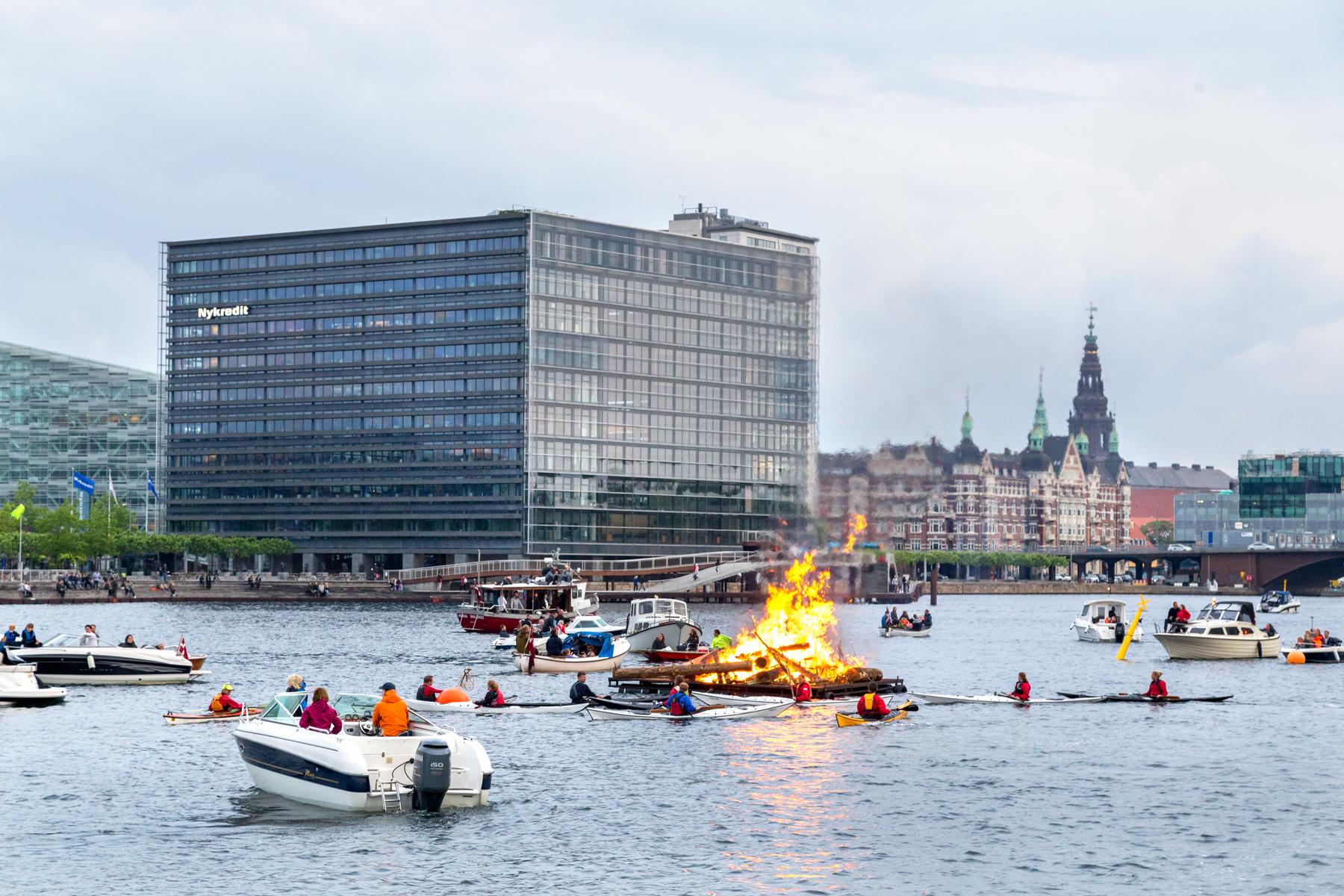 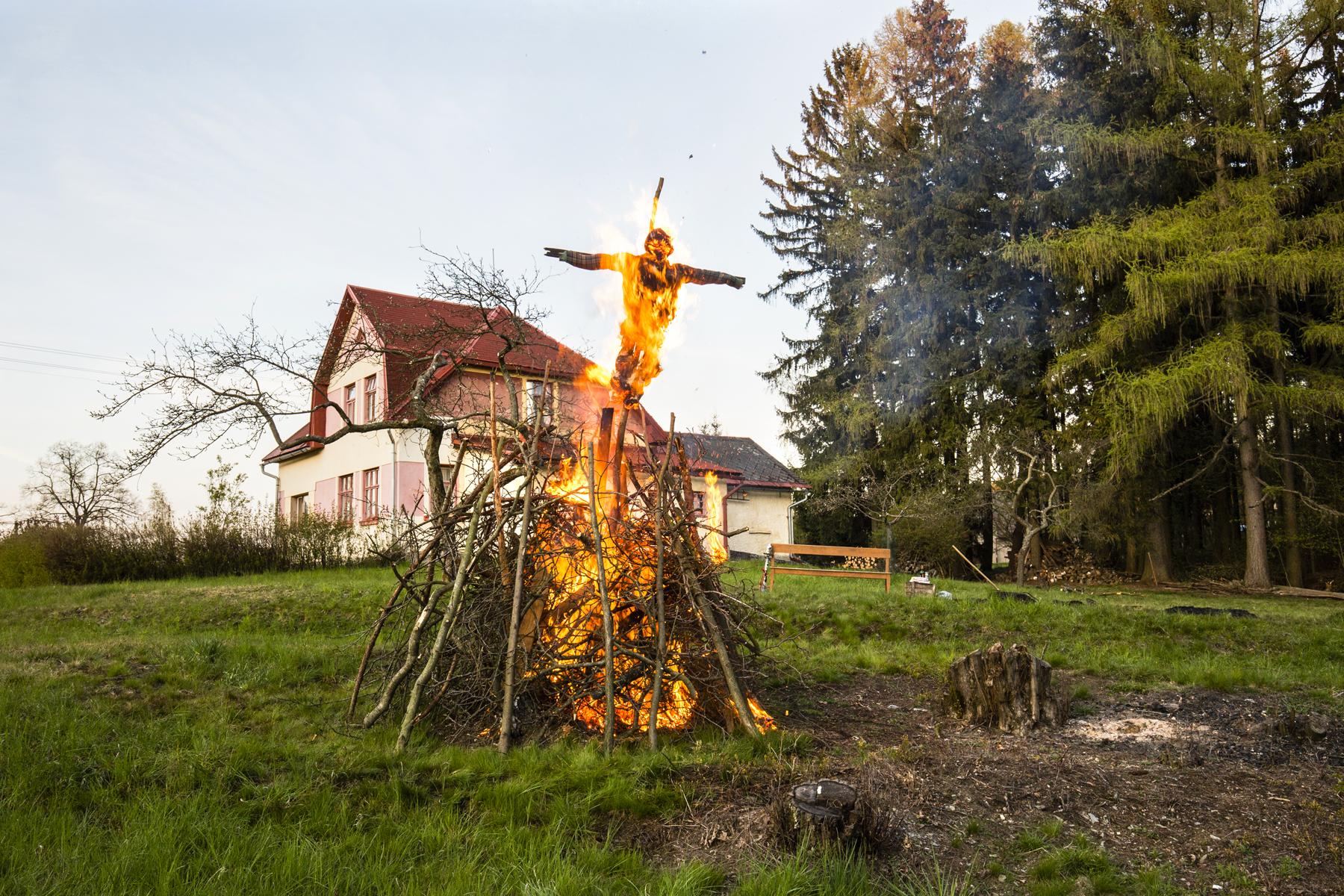 PHOTO: Jarry / Shutterstock
Previous Next
12 OF 14

Although many of Europe’s Midsummer festivities revel in the season’s everlasting light, this holiday reflects its darker side. Nominally Christian, Sankt Hans Aften (St. John’s Eve) dates to the 1600s and is built upon pagan traditions. According to those beliefs, this is an evil night, when witches, trolls, and other nefarious creatures slink out on the shortest night of the year. Danes ignite bonfires to light the night and keep frightening forces at bay. If that’s not sufficient, witch effigies also top the bonfires. The Danes also set those ablaze while they eat, drink, and make merry. 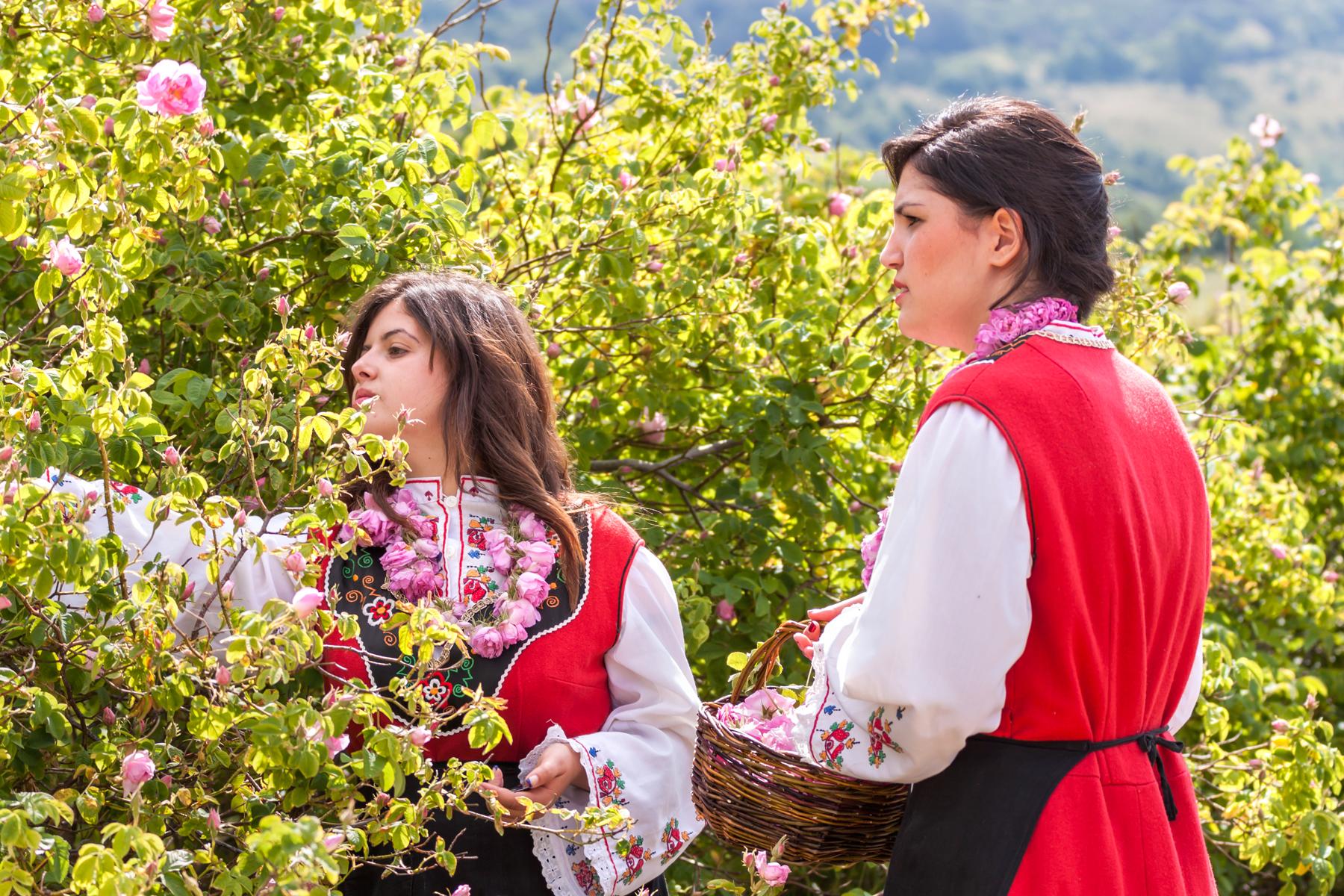 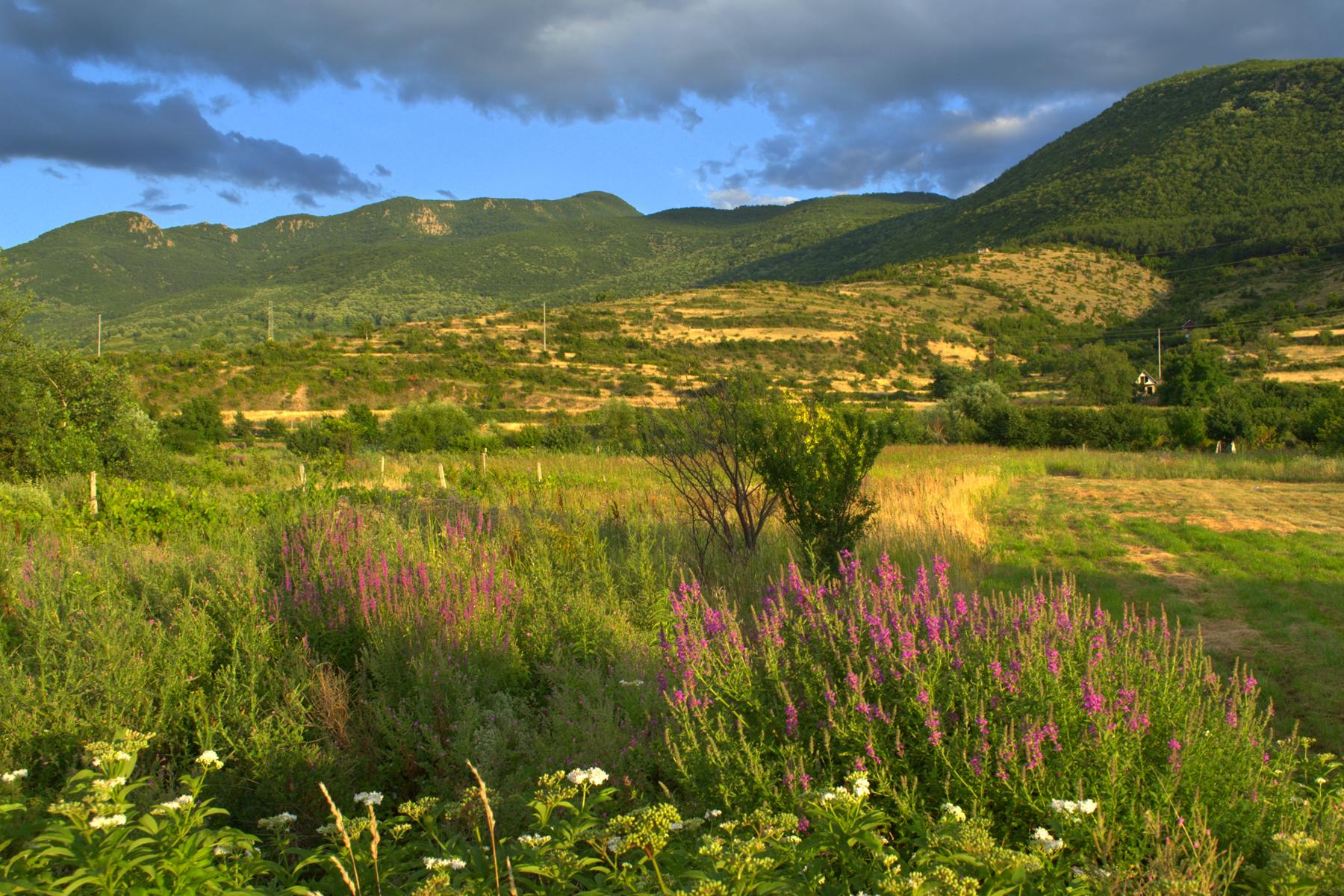 Although Orthodox and Catholic churches celebrate June 24 as St. John the Baptist day, the holiday has long been a pagan celebration connected to the mystical and magical. Anyone who sees the sunrise that day is thought to be healthy throughout the year. Early risers continue the ritual by dousing themselves in moving water. They also gather herbs, which are thought to have enhanced curative powers on this morning. 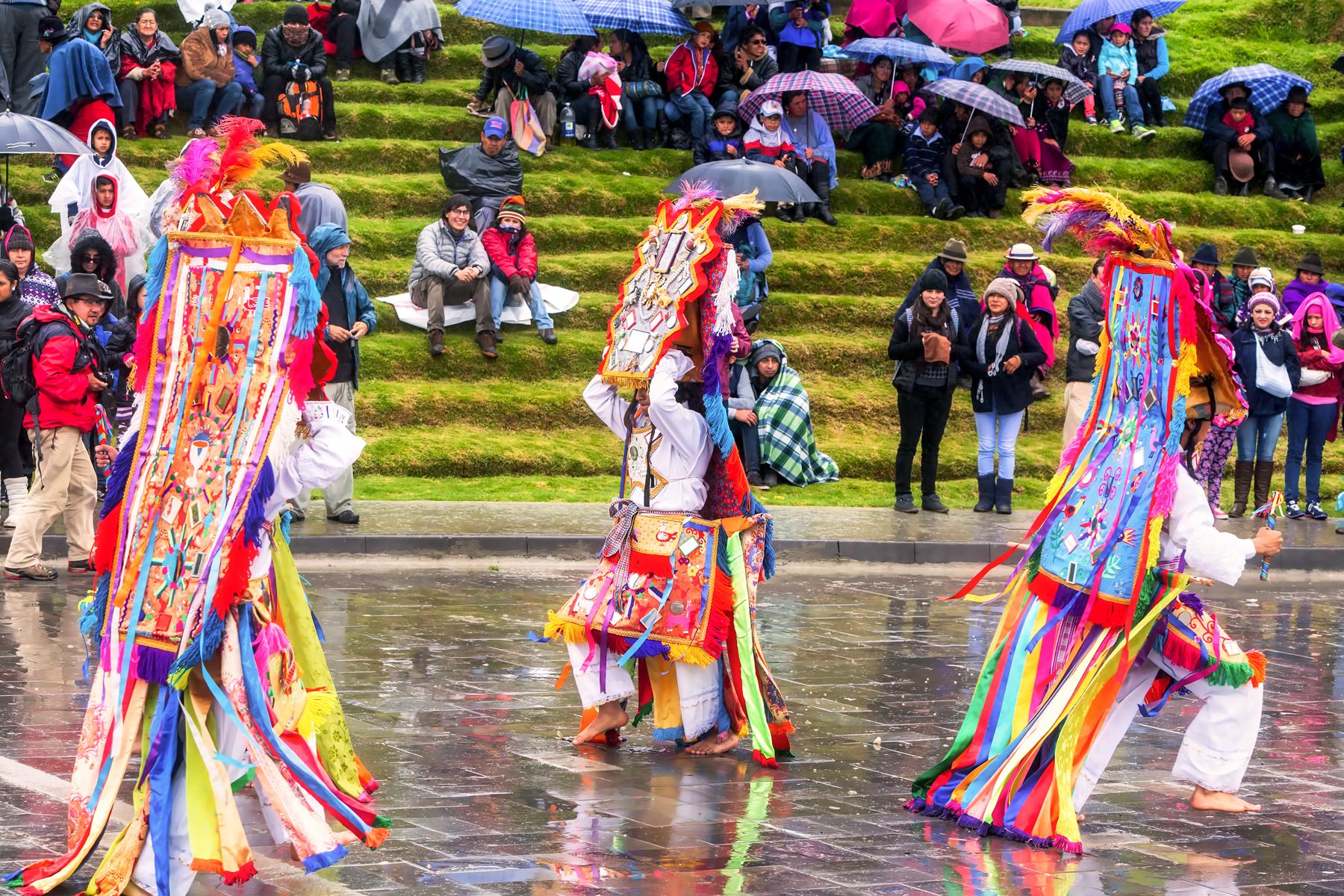 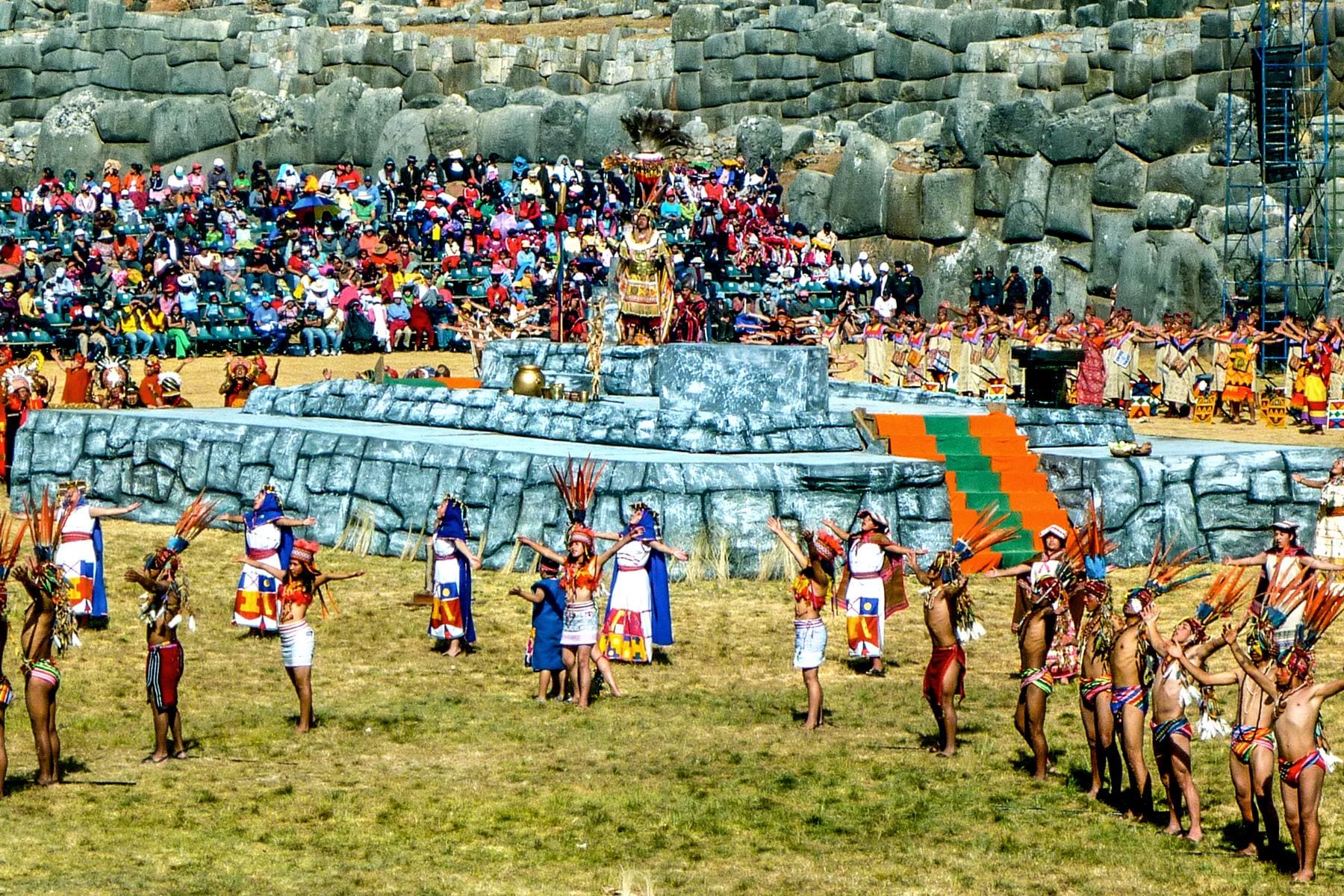 PHOTO: marktvcan / Shutterstock
Previous Next
14 OF 14

Dating to the days of the Incan Empire, Inti Raymi venerates Inti, the sun god. Though it’s also marked in June, the festival is a winter solstice holiday in the southern hemisphere. It’s celebrated throughout the Andes, but Cusco, the former capital of the Incan Empire, is the center of the action. The pagan festival was banned throughout the Spanish conquest, but since 1944, Amerindian descendants have donned traditional dress, including woven Aya Huma rainbow masks, to sing, dance, and participate in colorful pageantry on June 24. The celebration begins when the rainbow Inti Raymi flag is raised over Cusco, and the Sapa Inca (the nobility) addresses the crowd to thank the sun god for his blessings. The Sapa Inca goes full-on royal and climbs into a throne, which is then carried five kilometers to the Fortress of Sacsayhuaman, where the participants reenact rituals and (fake) sacrifices.