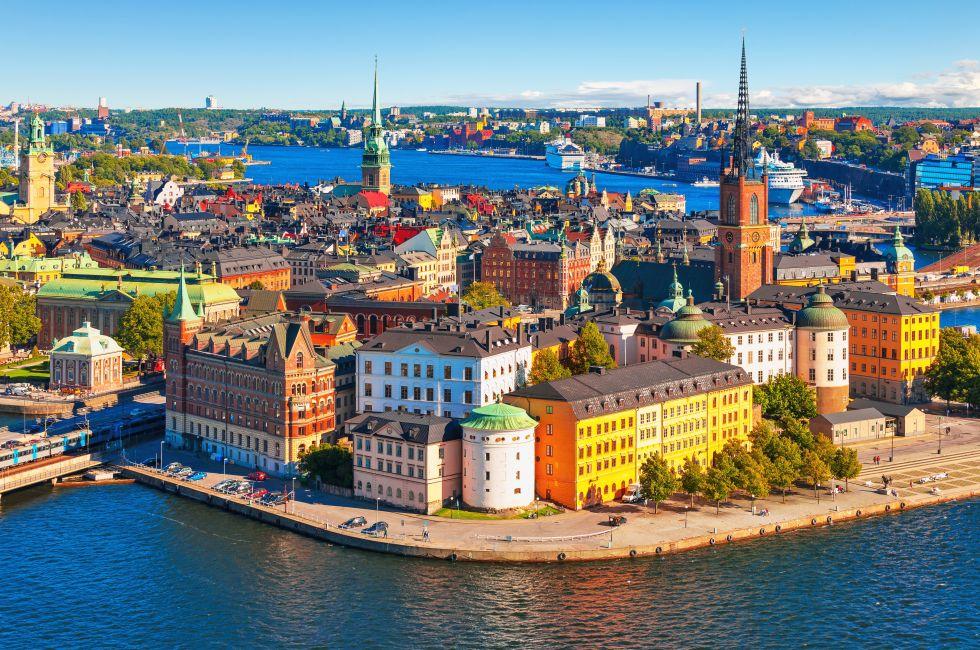 Sweden requires the visitor to travel far, in both distance and attitude. Approximately the size of California, Sweden reaches as far north as the arctic fringes of Europe, where glacier-topped mountains and thousands of acres of forests are broken only by wild rivers, pristine lakes, and desolate moorland. In the more populous south, roads meander through miles of softly undulating countryside, skirting lakes and passing small villages with sharp-pointed church spires.

Once the dominant power of the region, Sweden has traditionally looked inward to find its own Nordic solutions. During the Cold War, its citizens were in effect subjected to a giant social experiment aimed at creating a perfectly just society, one that adopted the best aspects of both socialism and capitalism.

Recession in the late 1980s saw Sweden make adjustments that lessened the role of its all-embracing welfare state in the lives of its citizens. The adjustments continued through successive governments of both left- and right-wing persuasions. Today, the social safety net once so heavily relied upon by Swedes is somewhat less comprehensive, a reflection perhaps of modern economics rather than any temporary budgetary hiccup.

Sweden took off with the rest of the globe with the explosion of the Internet and new technology and watched with it as the bubble burst at the start of the new millennium. It continues to be one of the world's dominant players in the information-based economy, especially mobile technology, and new technology is widely used throughout Sweden.

On the social front, an influx of immigrants from East Europe, the Middle East, and Somalia is reshaping what was once a homogeneous society. Sweden continues to face political and social difficulties in the areas of immigration and integration, although the tension appears to be fading slightly as more artists, musicians, actors, directors, and writers with immigrant backgrounds receive national recognition for their work.

Sweden is an arresting mixture of ancient and modern. The countryside is dotted with runic stones and timbered farmhouses, recalling its Viking past and more recent agrarian culture. Venture to the country's cities, however, and you'll find them to be modern, their shop windows filled with the latest in consumer goods and fashions.

Swedes are reluctant urbanites: their hearts and souls are in the forests and the archipelagoes, and to there they faithfully retreat, when weather allows, to enjoy the silence. The country, frankly, is stunning, with natural assets in spades. Moose, reindeer, bears, and lynx roam the forests, coexisting with the whine of chainsaws and the rumble of logging machines. Logging remains the country's economic backbone.

Built on 14 small islands, Stockholm is an intriguing mix of global commerce and local craft, modern design and ancient architecture, bustling metropolis and peaceful green space. In the summer months, life takes to the streets—and to the water. Summer is also a great time to take in what some say is Stockholm's best attraction: its mixed, modern, self-assured, beautiful population. People-watching has never been more fun. 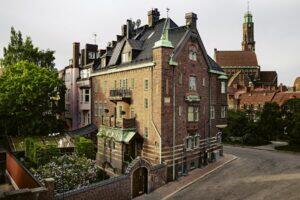 Don't tell the residents of Göteborg that they live in Sweden's "second city," but not because they will get upset (people here are known for...

Uppsala is home to one of Europe's oldest universities, established in 1477. It is also a historic site where pagan (and extremely gory) Viking...

Stockholm is a city in the flush of its second youth. Since the mid-1990s, Sweden's capital has emerged from its cold, Nordic shadow to take...

Southern Sweden is considered, even by many Swedes, to be a world of its own. Once a part of Denmark, the region is clearly distinguished from...

One of the oldest towns in Europe, Lund was founded in 990. In 1103 Lund became the religious capital of Scandinavia, and at one time had 27...

Capital of the province of Skåne, with a population of about 300,000, Malmö is Sweden's third-largest city. It was founded at the end of the...

A smuggling center during the Napoleonic Wars, Ystad has preserved its medieval character with winding narrow streets and hundreds of half-timber...

The island of Öland is a magical and ancient place—and the smallest province in Sweden. The area was first settled some 4,000 years ago and...

Travel a little farther from Stockholm and you will see why even the biggest fans of this green and pleasant city make a regular and even hurried...

The North of Sweden is a place of wide-open spaces where the silence is almost audible. Golden eagles soar above snowcapped crags; huge salmon...

Southern Sweden is considered, even by many Swedes, to be a world of its own, clearly distinguished from the rest of the country by its geography...

The Kingdom of Glass

Småland is home to the world-famous Swedish glass industry. Scattered among the rocky woodlands of Småland province are isolated villages whose... 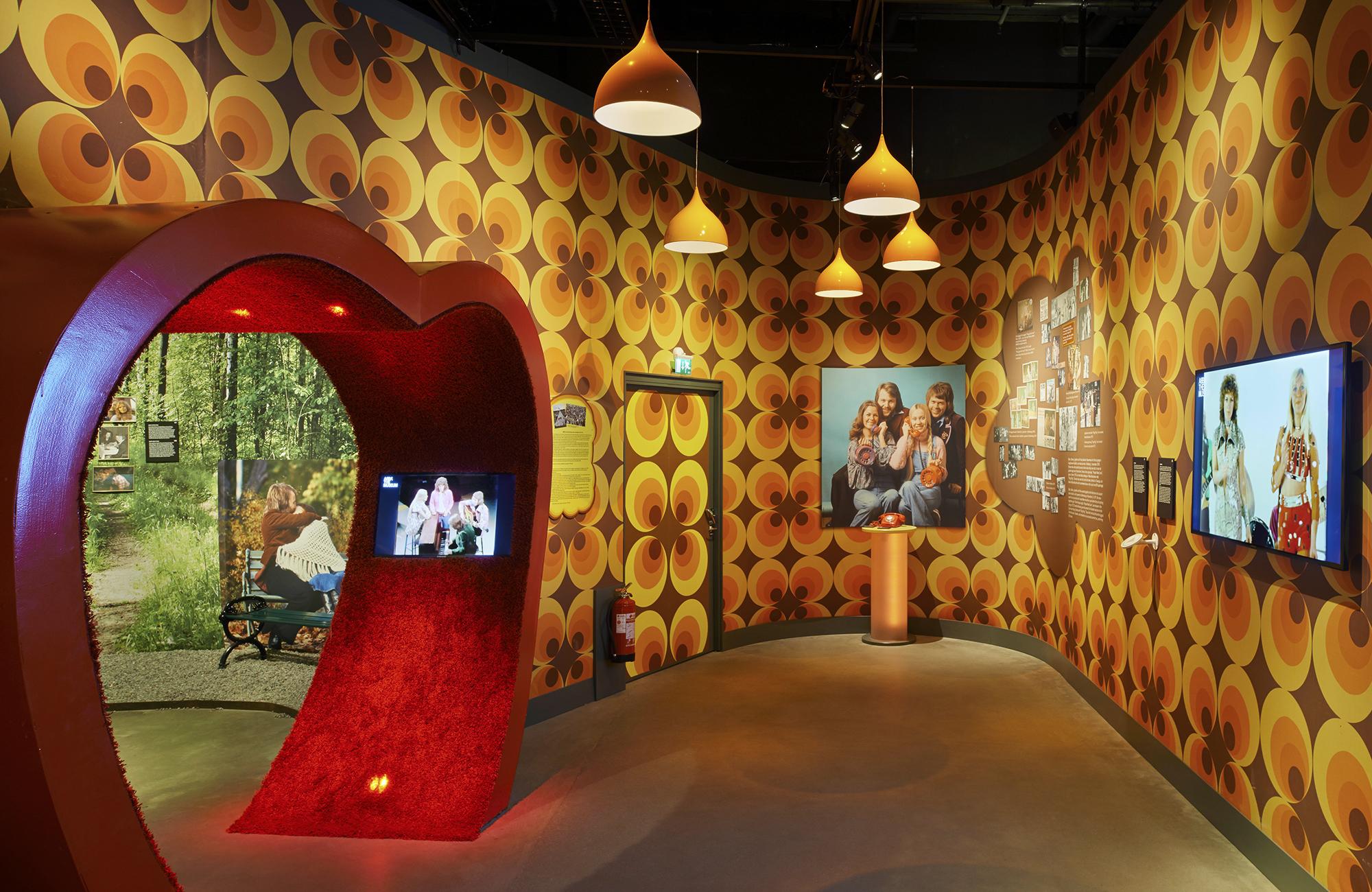 10 ABBA-Inspired Experiences You Can Only Have in Sweden 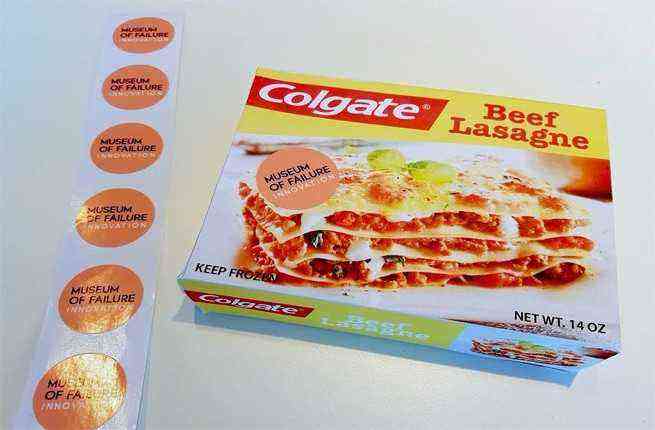 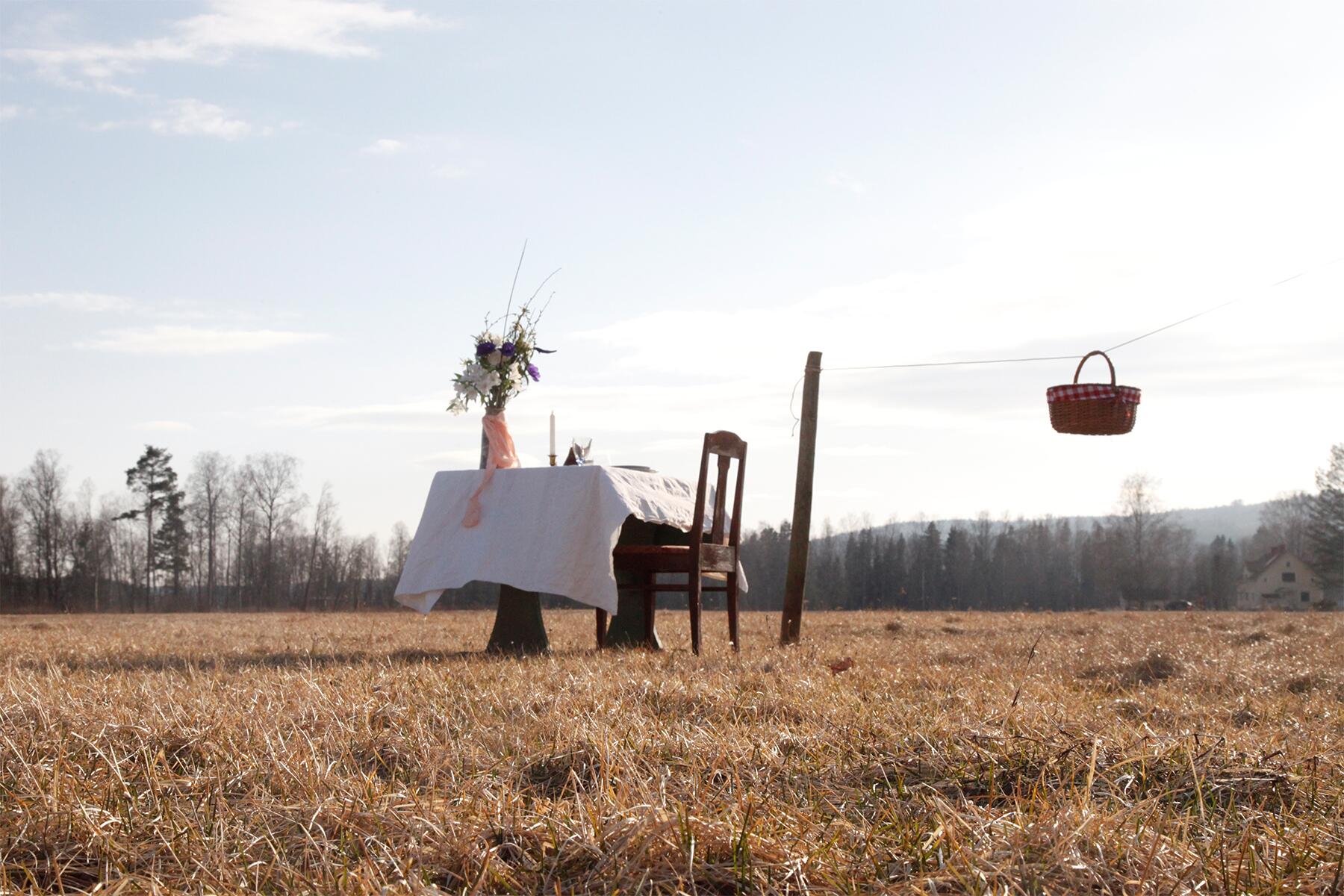 This Is Probably the Safest Dine-in Restaurant in the World 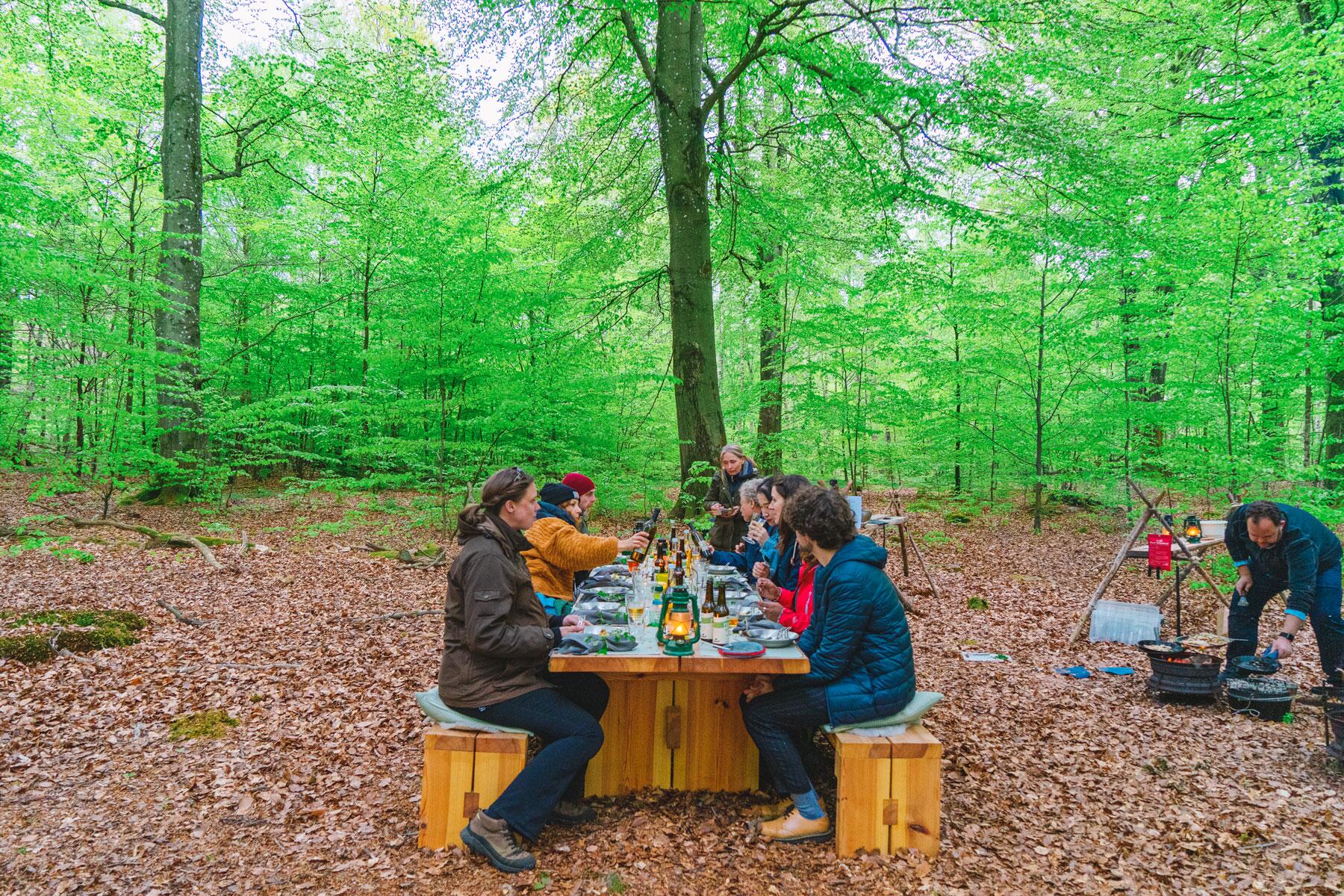 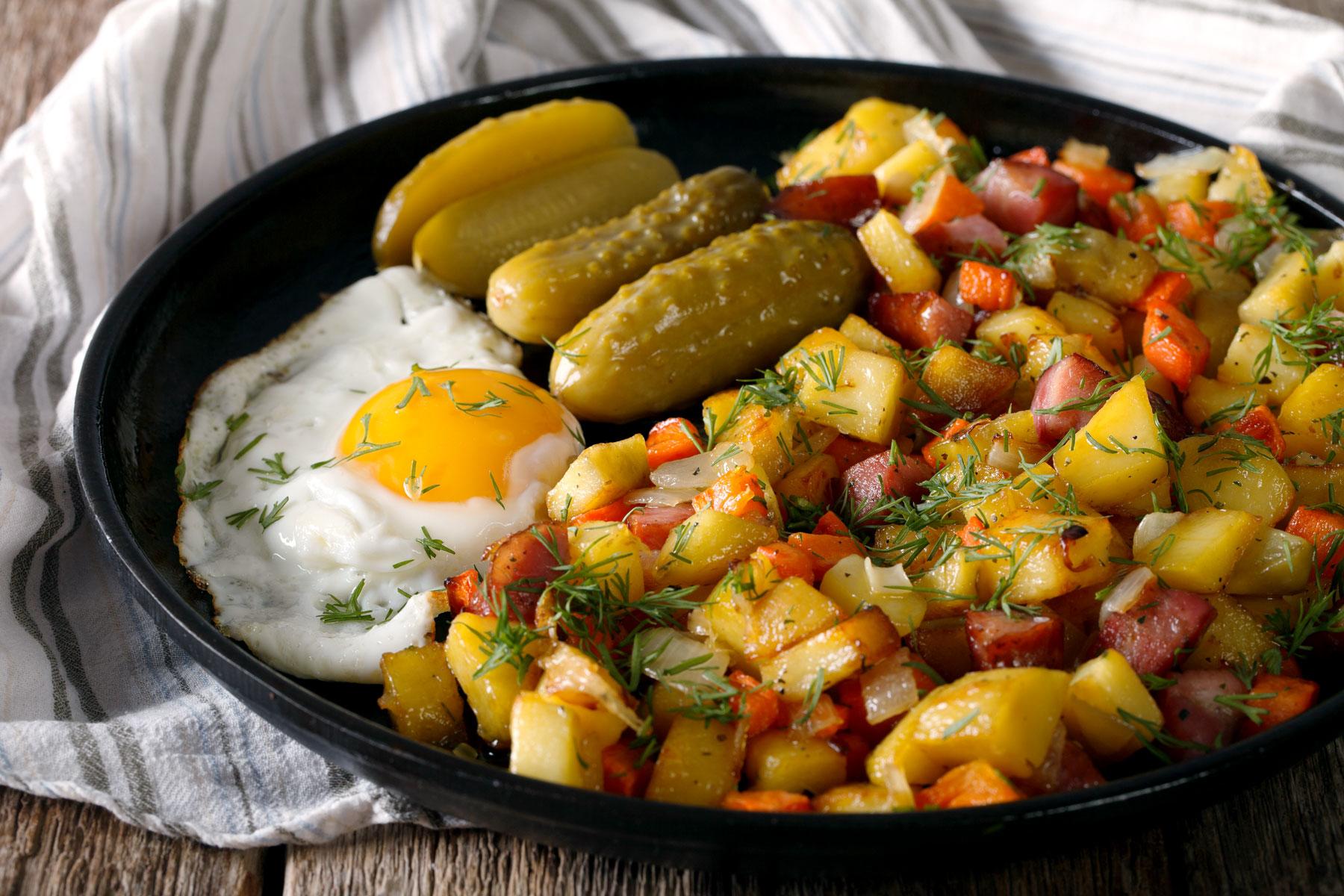 Sick of Wine Tours? Travel for Vodka Instead in This Delightful Part of Sweden

Reindeer Herding With the Sami of Sweden