Dive into these real-life versions of Atlantis.

The legend of Atlantis is an enduring one. Invented by Plato some 2,300 years ago, he claimed that this utopian civilization, that allegedly existed 9,000 years before even his time, was punished by the gods for becoming selfish, greedy, and amoral and thus sunk into the seas. Which sea exactly, is not known.

While Atlantis is an entirely fictional sunken city, there are plenty of real ones out there that through some misfortune, if not necessarily the wrath of gods, can now only be found at the bottom of the sea, or, indeed, a lake.

Here are some of the world’s best. 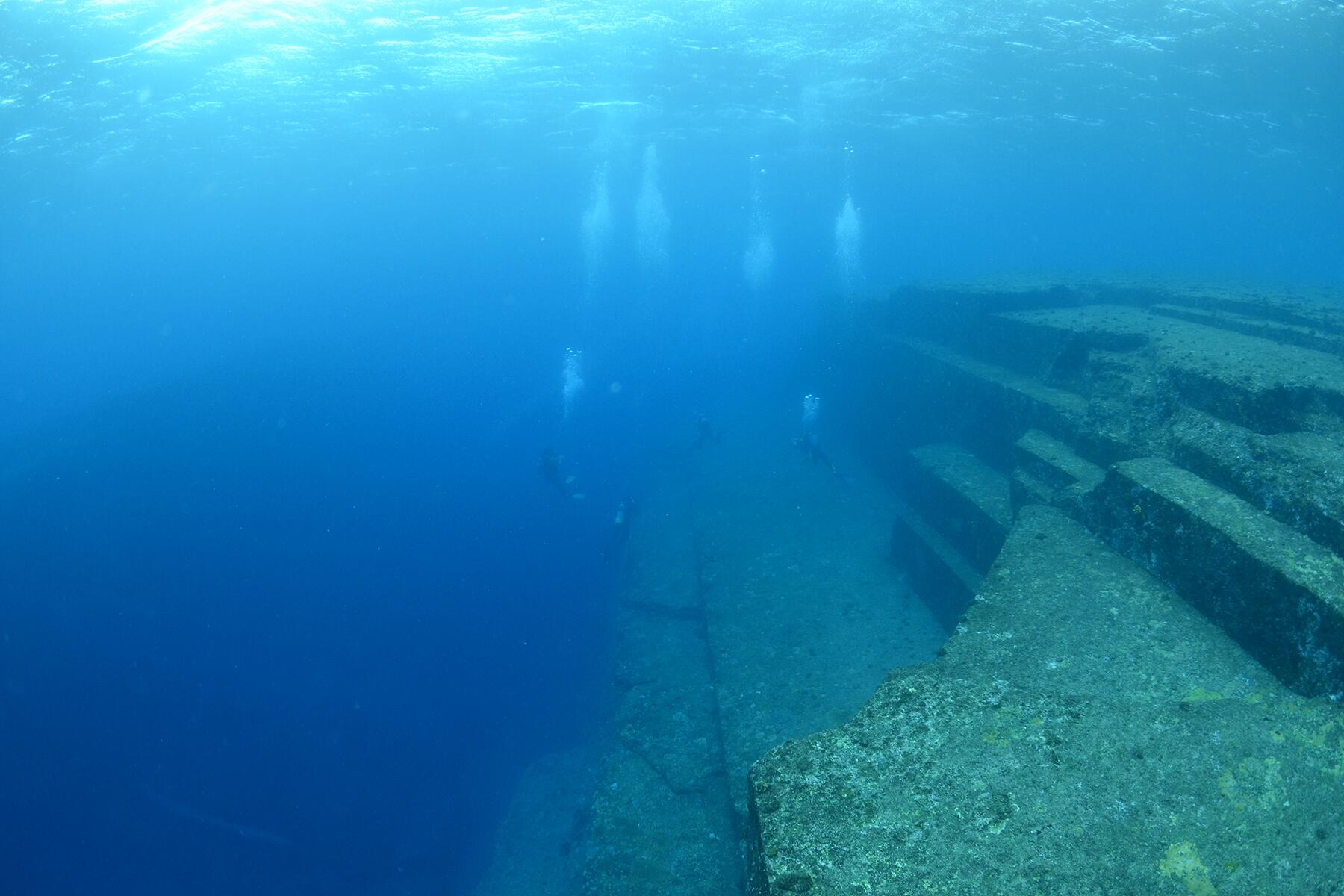 The Yanaguni Monument is Japan’s Atlantis. Steeped in mystery and controversy, off the coast of the Ryukyu Islands there lie strangely even shapes which some scientists believe can only be manmade and point to an ancient civilization submerged some 10,000 years ago. A pyramid-shaped structure, an arch, staircases, and other shapes complete with markings that could be ancient script, have reportedly been identified, all hinting to a lost civilization. Others say that the structures are purely naturally-occurring, not unlike the symmetrical basalt columns found in Iceland or on the Giant’s Causeway in Northern Ireland. The mystery continues. 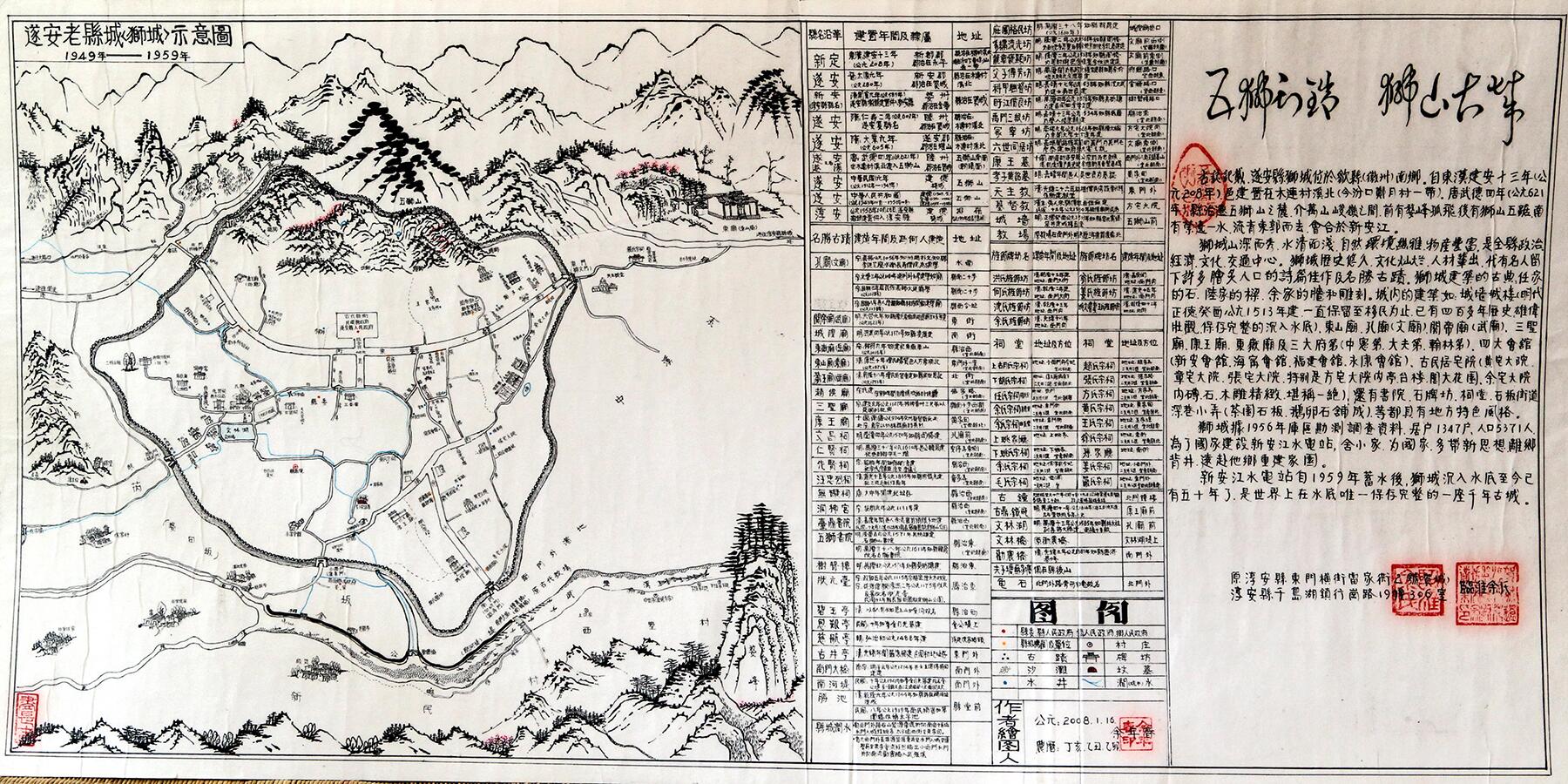 Qiandao Lake, the lake of a thousand islands, was created when a valley was flooded in 1959 for a hydroelectric plant and dam. Some 300,000 people were relocated and the submerged city of Shicheng, Lion City, was forgotten about. Until 2001, that is, when a government-led expedition had a look at what was submerged and came across a time capsule of Imperial China with magnificent and elaborately decorated buildings dating to the 1300s, still perfectly preserved. Today, experienced scuba divers are in for a dive with a difference in this Chinese Atlantis.

Long lost Alexandria has just as many legends and mysteries spun around it as Atlantis, but this one is real. And it has been found. And there are two sunken cities for the price of one. Alexandria’s remains lie literally a few feet off the coast, while Thonis-Heracleion rests a little farther off the coast of today’s Alexandria. Both spectacularly well-preserved, considering the ruins are more than 2,000 years old and littered with various shipwrecks, dropped anchors, even lost—and found—gold treasures. Temples and buildings of Thonis-Heracleion were once separated by canals, not unlike Venice, but how and why exactly the city became submerged is still a mystery.

While Thonis-Heracleion is still only accessible for scuba divers, Alexandria’s ruins will hopefully soon be on view via the proposed Underwater Archeological Museum of Alexandria. 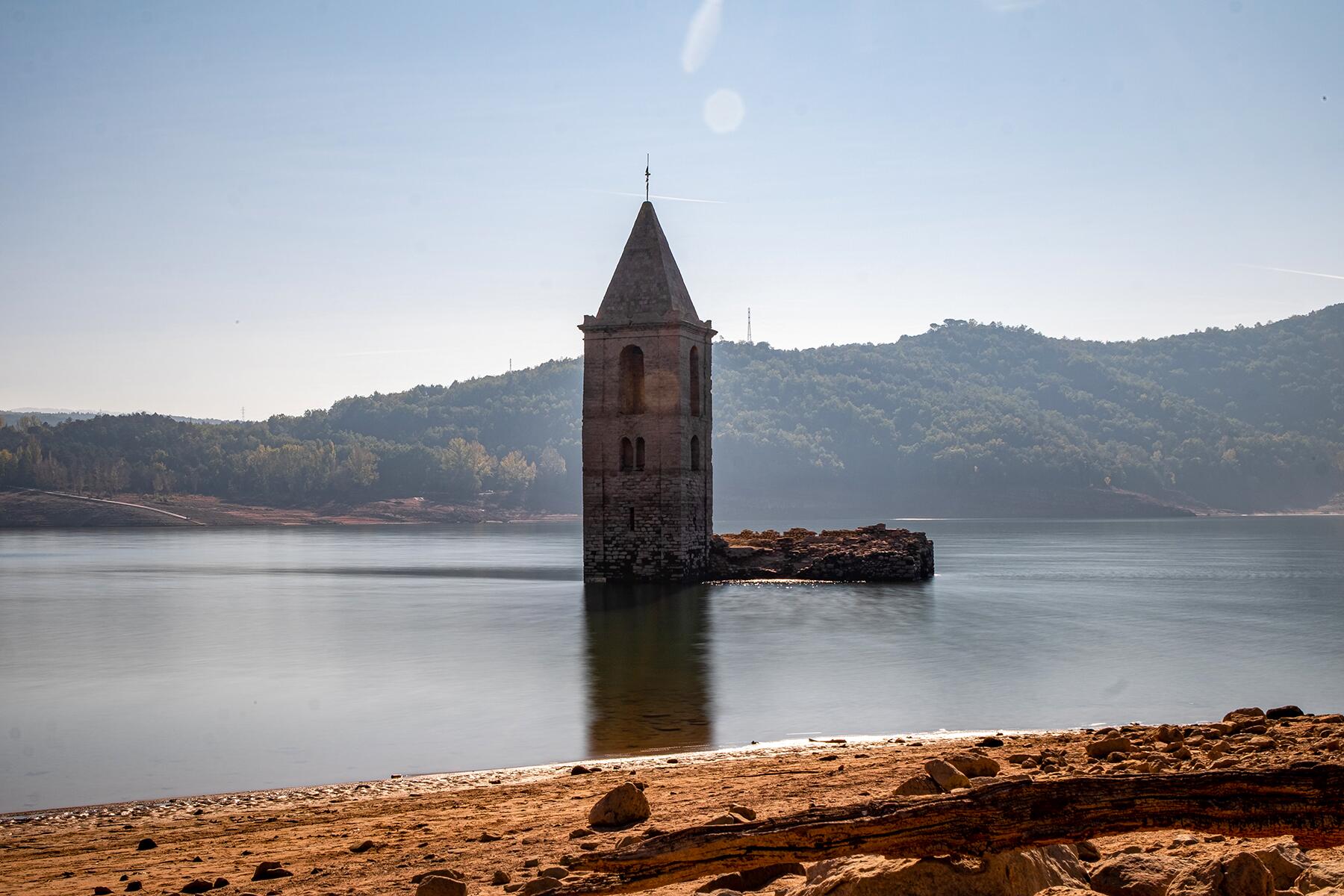 Another reservoir, another village lost to floods. This 1,000-year-old village in Catalonia between Barcelona and the French border in north-eastern Spain became submerged in the 1960s. The people moved, taking with them their belongings and their dead, exhuming bodies of loved ones from the cemetery. The village stays submerged, except for the church spire, which stands tall above the water level. At high water, only the top of the spire is visible but at low levels, the entire church and the tops of other buildings emerge as well in a creepy spectacle. 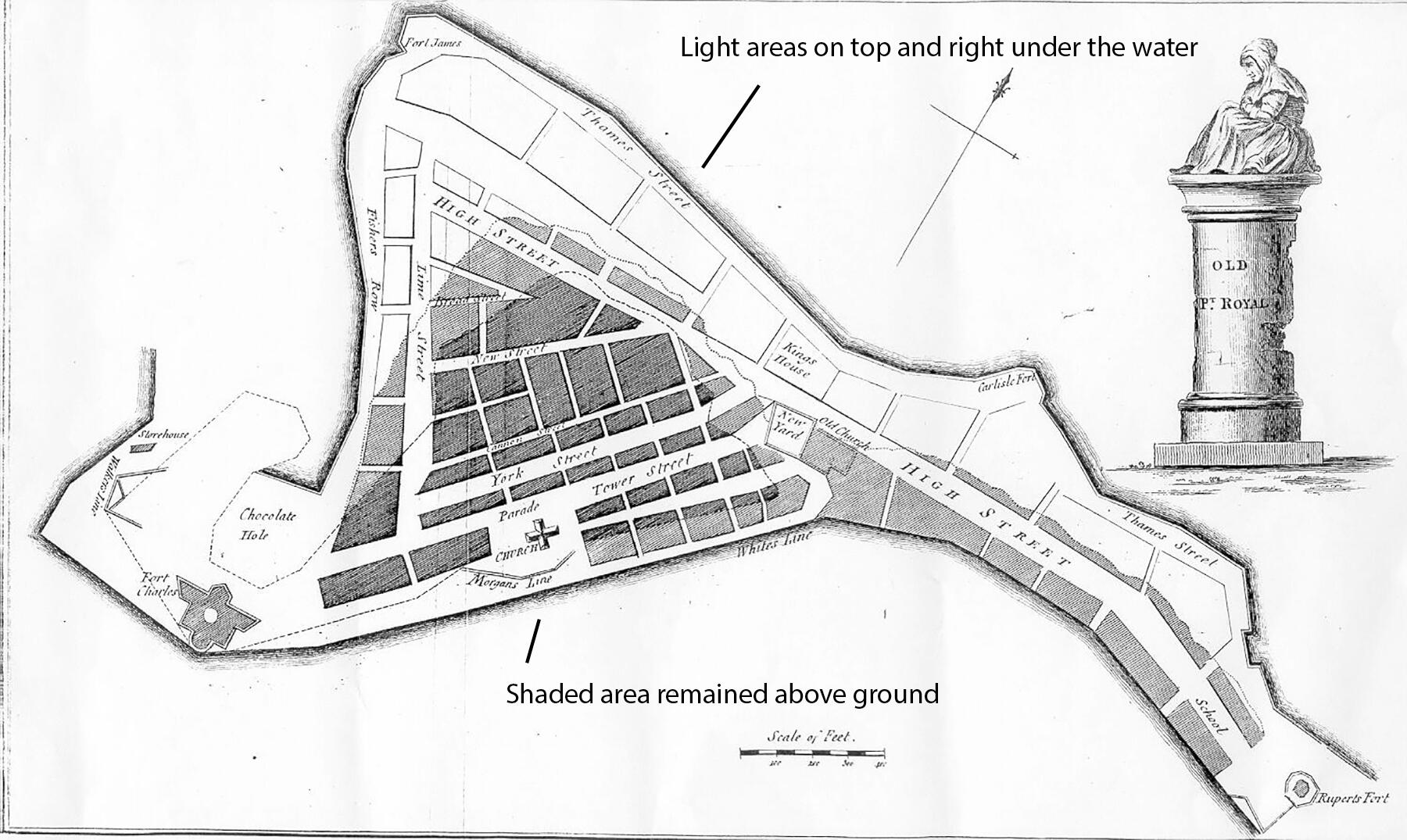 On June 7, 1692, a massive earthquake followed by a tsunami killed 2,000 people and submerged the city of Port Royal in Jamaica. Once called the “wickedest city on earth,” Port Royal was home to real-life pirates of the Caribbean, and the city’s sinking was deemed an act of God. But that did not stop the pirates, who just moved farther up the coast. Today it is deemed to be one of the best-preserved underwater cites in the world, with only a few items having been removed and placed into various museums across Jamaica. You can scuba dive to the sunken city but need special permission from the authorities.

A post shared by The Festival of Bharat (@festivalofbharat)

The city of Dwarka, or “Gateway to Heaven,” was discovered submerged some 100-feet below the Gulf of Cambay in 1988. Ancient structures, pillars, grids of a city, and ancient artifacts were found. Steeped in mystery, some believe them to be at least 10,000 years old, others say they could be 5,000 years of age, yet others are sure that they date from the Middle Ages. Yet, others claim that in 1473 the Gujarat Sultan Mahmud Begada attacked the city and destroyed the temple of Dwarka. Either way, this is a true underwater city, long lost, full of mystery and legend, and magnificent. 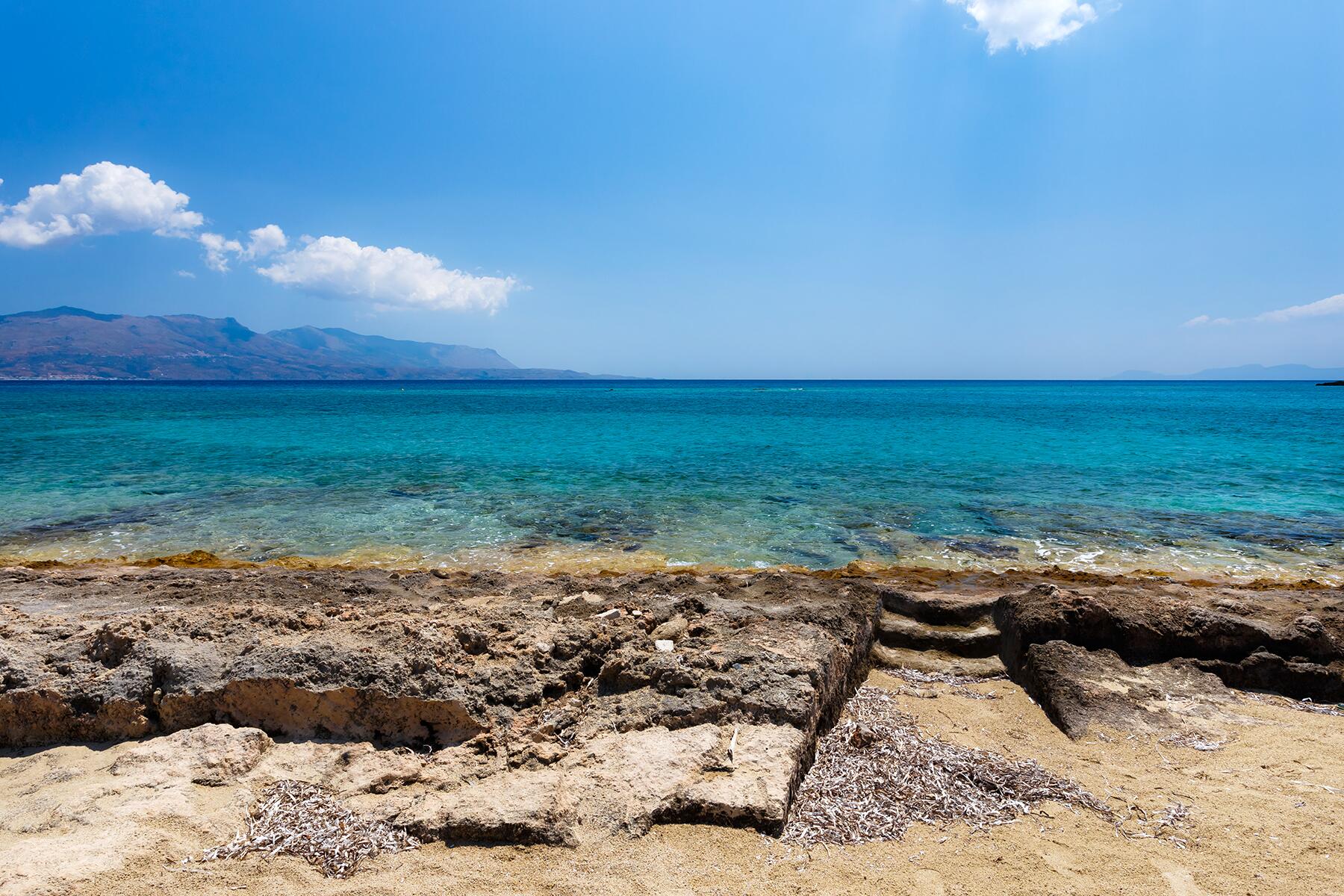 In 1967 an oceanographer discovered what looked like ancient ruins and a year later a survey produced a plan of a prehistoric town thought to be Mycenaean, lying in three to 12 feet of water in the Peloponnese, in south-western Greece. Pavlopteri, named after a nearby settlement, has since been touted as the oldest underwater city, dating to the Bronze Age, and occupied from the third millennium until 1100 B.C. Located steps away from a sandy beach, it is a miracle that it is the good condition it is. 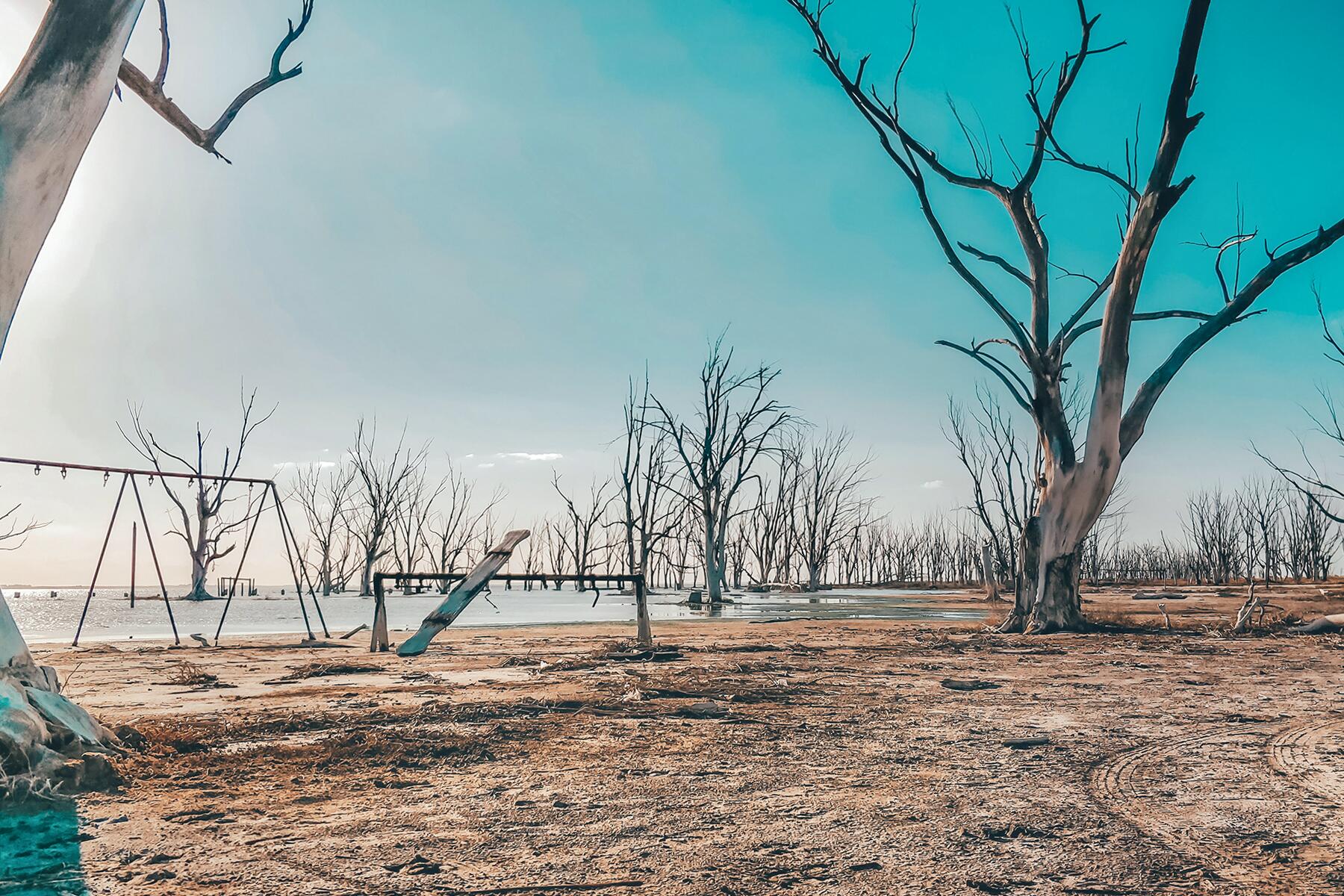 From the oldest sunken city to one of the youngest. Villa Epecuen was established as a tourist resort 370 miles from Buenos Aires on the shores of the salty Lake Epecuen. It thrived as a resort town until 1985 when an unusual weather event resulted in floods breaking the dam of Lake Epecuen. Over the next eight years, Villa Epecuen was swallowed, slowly but steadily, until in 1993 the town was under 33 feet of water. The water has since receded somewhat, leaving an eerie city grid, dead trees lining what were once bustling streets, and an empty marina. Reportedly there is still one person living there.

Another once wicked city submerged underwater. This time it was not pirates that were wicked, but hedonistic Romans that flocked to Baia, dubbed the Las Vegas of ancient Rome, some 18 miles outside of Naples on the Mediterranean coast. Alas, as seems to happen with wicked cities, it sank. Most likely due to the region’s rather active volcanic activities. The 2,000-year-old remains are in superb condition with many intact statues found, together with houses and temples. Most of the city lies at a depth of fewer than 20 feet, and some of it even visible above water. The archaeological park can be explored by donning a snorkel. 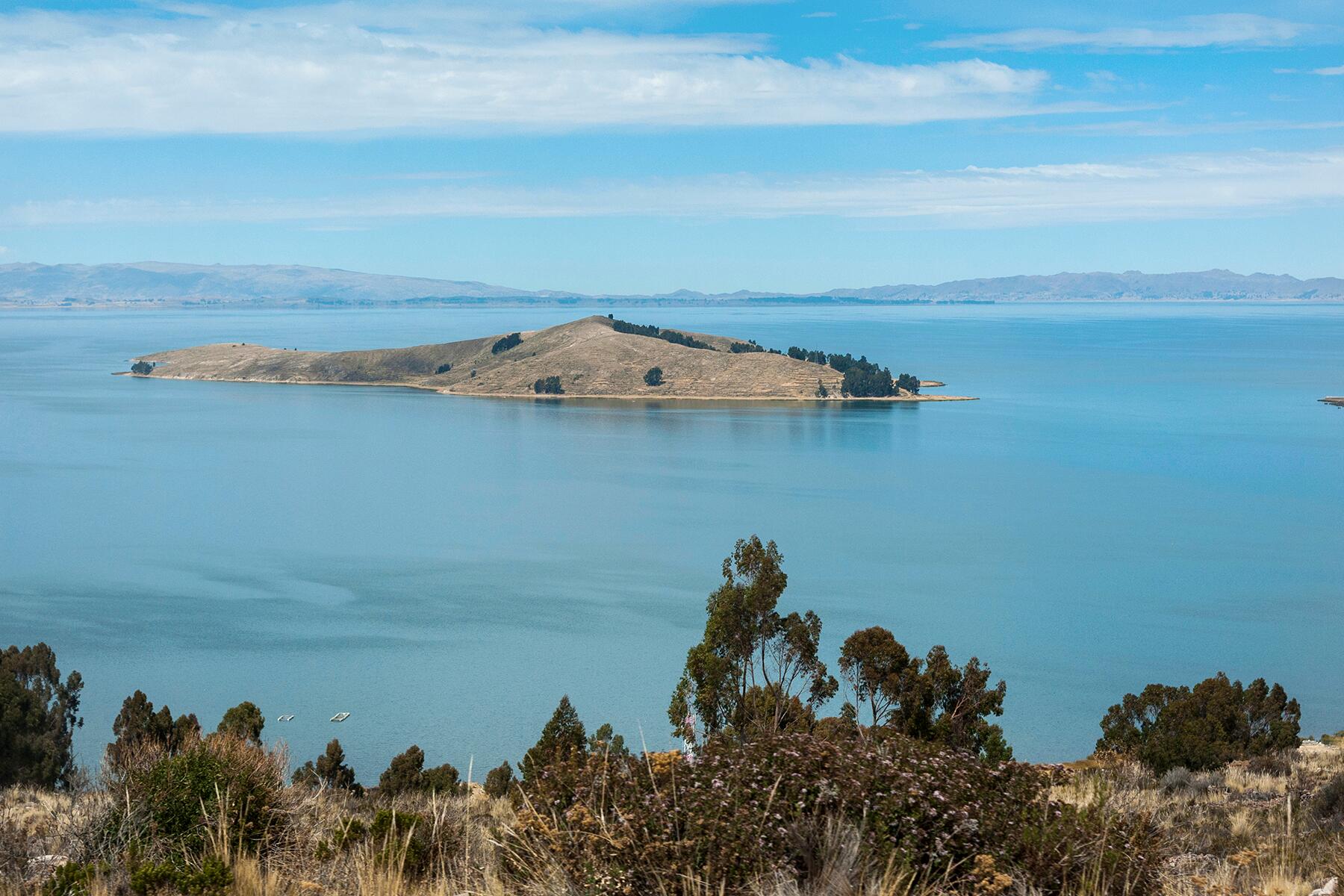 In the year 2000, scientists diving Lake Titicaca, the world’s highest navigable body of water straddling Peru and Bolivia, discovered a 660-foot long, 160-foot-wide temple, a terrace for crops, a pre-Incan road, and a 2,600-foot wall. The spot, 90 miles north-east of the Bolivian capital La Paz, is thought to be a temple complex and an estimated 1,000 to 1,500 years old. Just nine years later, scientists discovered a “reef” in the lake made up of ancient artifacts, including objects made from gold and semi-precious stones, adding to the mysteries still found deep down in Lake Titicaca. 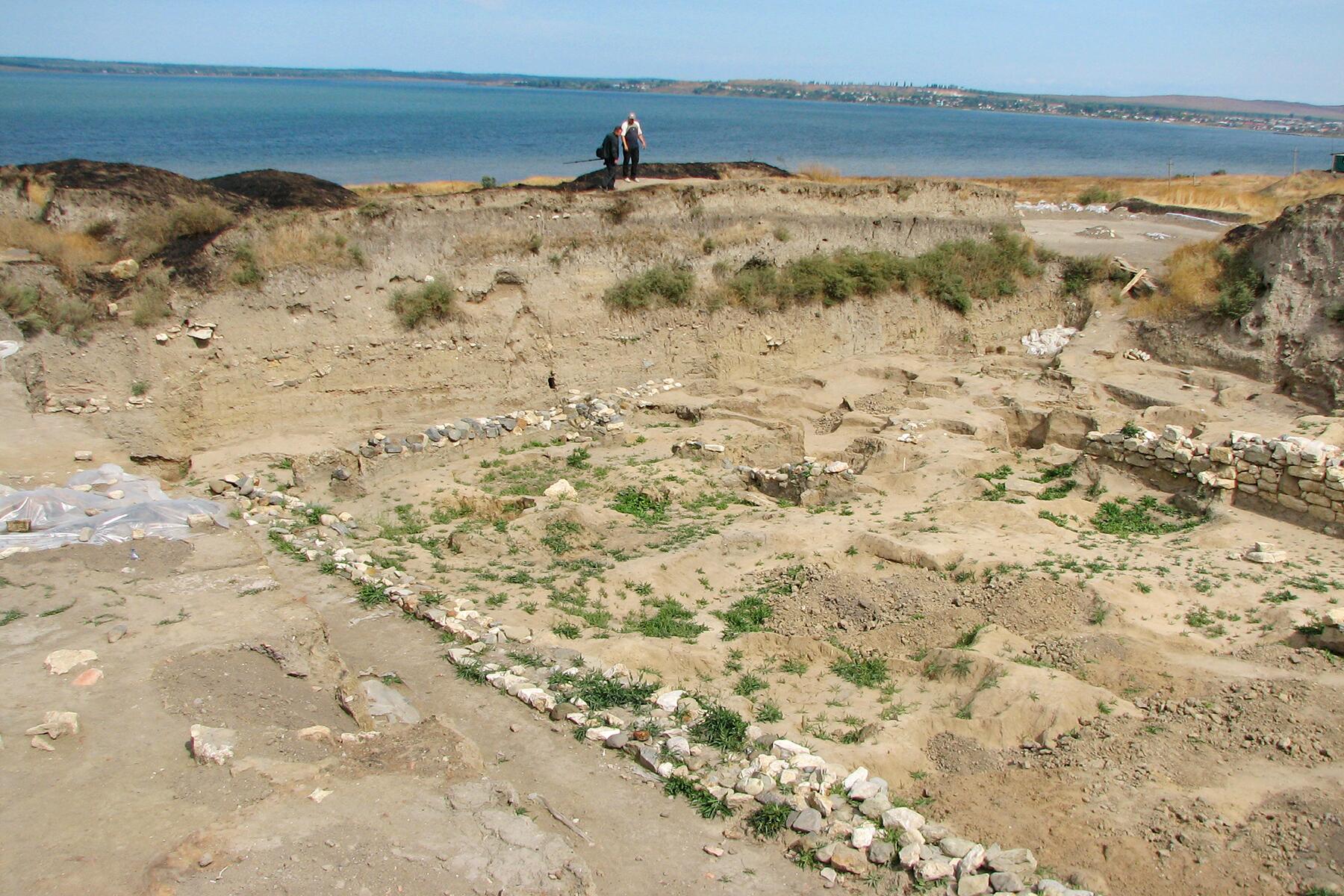 Once reportedly the largest city of ancient Greece and the capital of the Bosphoran Kingdom, Phanagoria was founded around 540 B.C. and stretched across the Taman Peninsula in the Black Sea, now part of Russia. A third of the old city is submerged in the waters of the Black Sea, but two-thirds are on land, making for an enormous archaeological site, dry and wet, with new discoveries still being made. 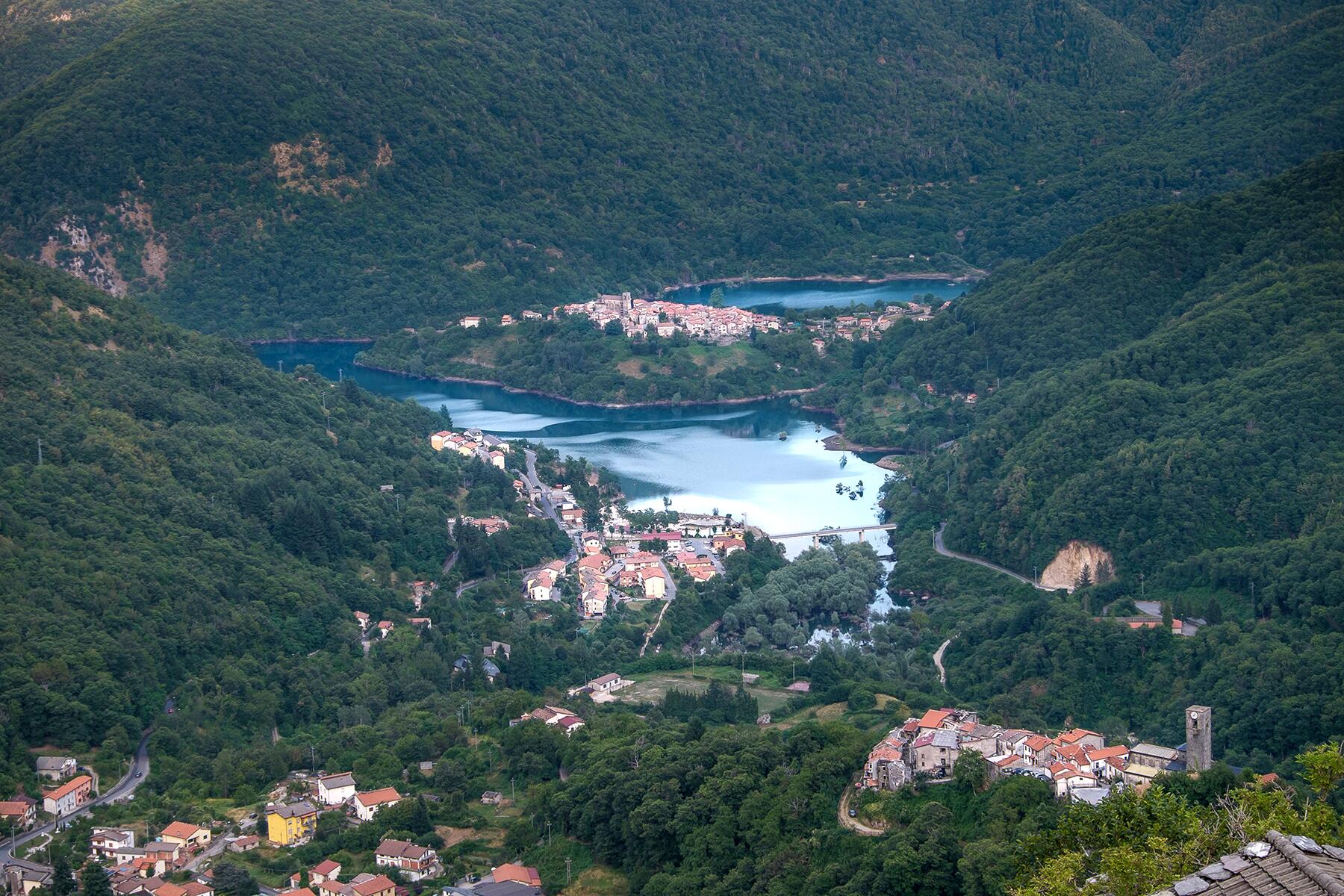 There is a medieval town at the bottom of this beautiful lake in the Tuscan countryside that takes on the legend of Brigadoon, the mythical Scottish village that is supposed to be visible only for one day every 100 years. The 12th-century town of Fabbriche di Careggine has been submerged since 1953, falling foul of a dam development. However, every so often the reservoir is drained for maintenance, and slowly an ancient medieval village appears where a lake once was, looking nearly as pristine as it did centuries ago. 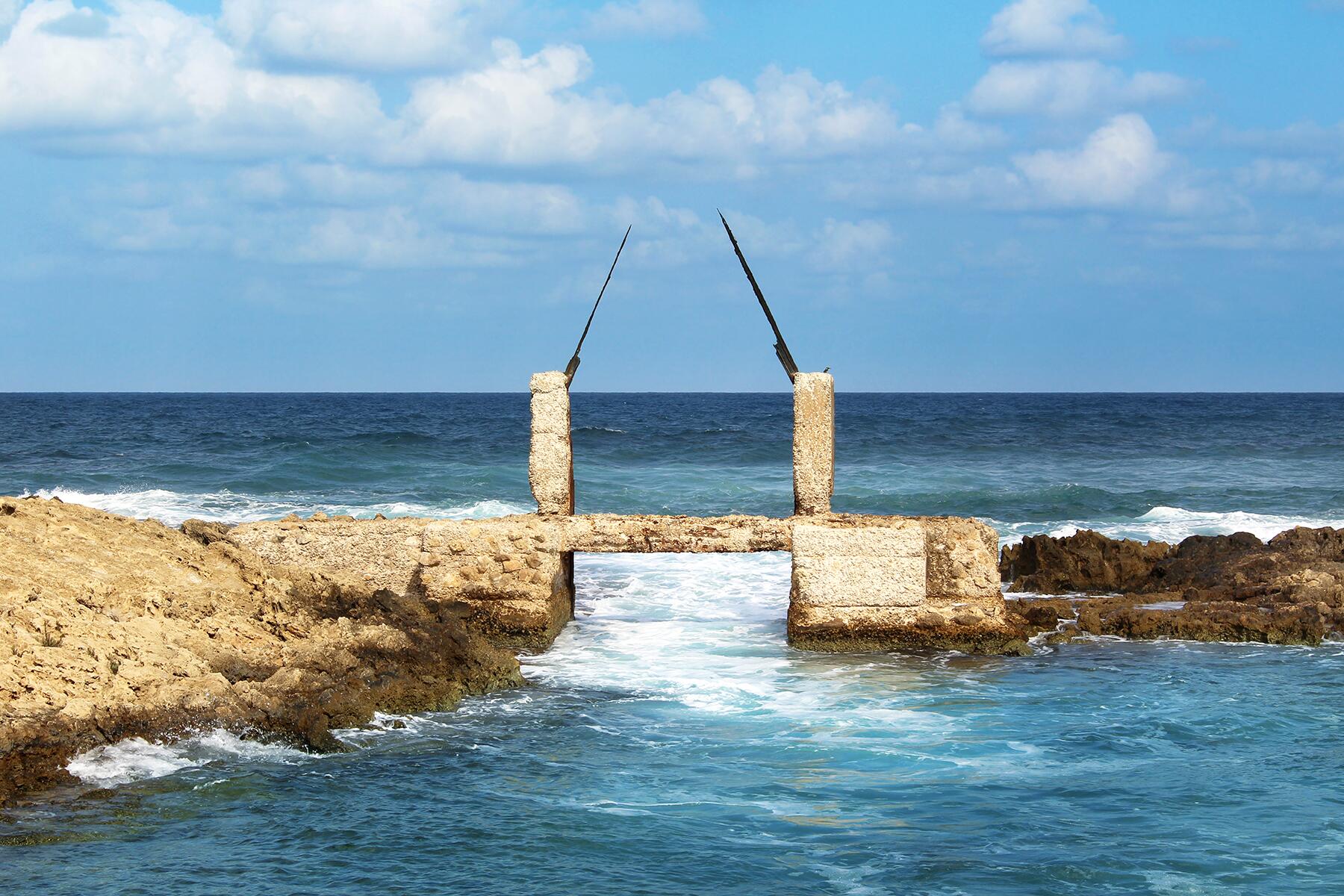 So many underwater complexes allege to be the oldest, but this one seems to have a definite claim to the title. Off the coast of Israel in the Mediterranean Sea, lies this Neolithic settlement, thought to be around 8,000 years old. Discovered in 1984, in 30-feet deep water, there are buildings, graves, even the odd skeleton. But the most amazing find must be the seven megaliths arranged in a circle, like an underwater Stonehenge. It is believed that an earthquake and subsequent tsunami resulted in the settlement becoming submerged. 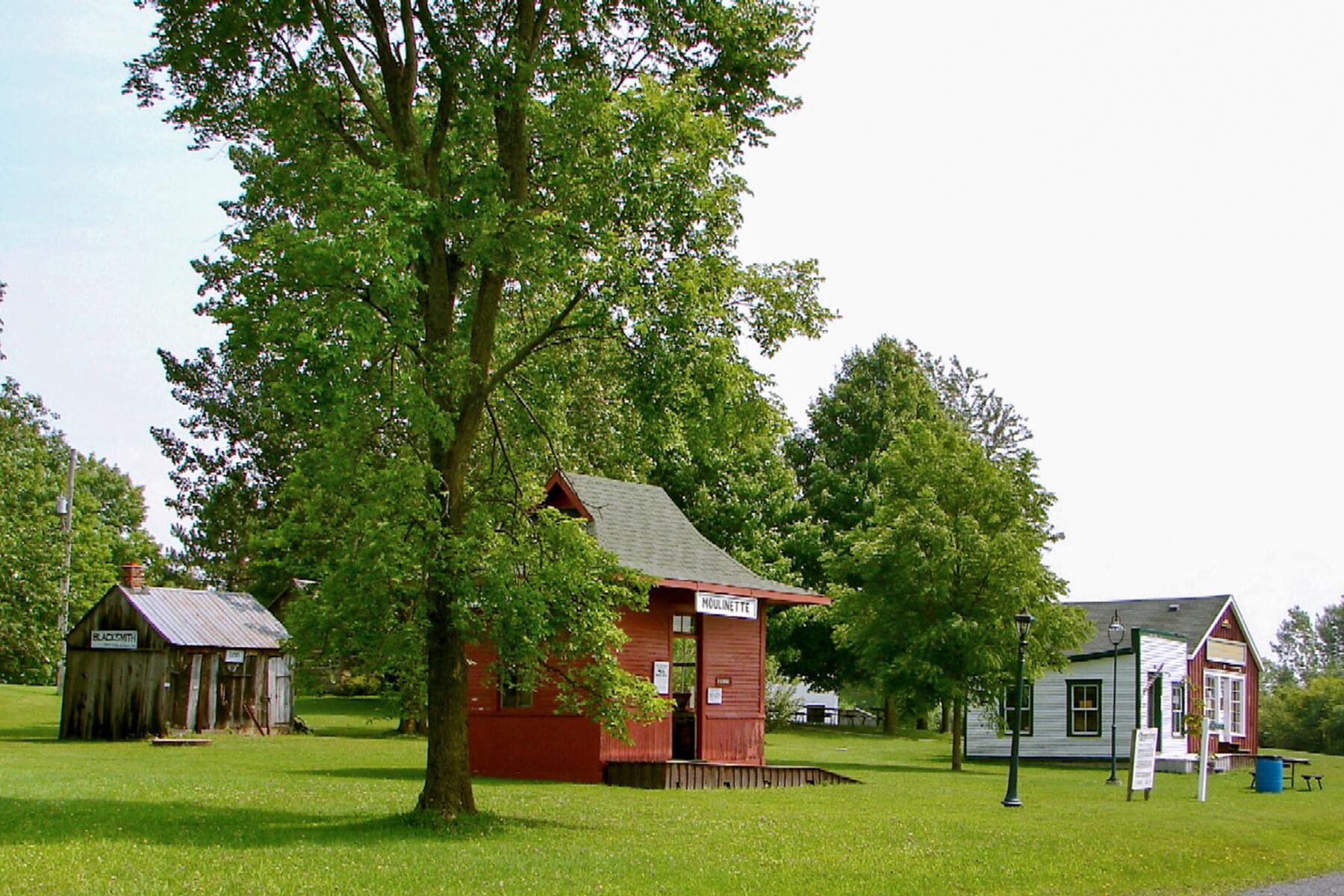 When the St. Lawrence Seaway and hydroelectric project was built in the 1950s, it required the building of a dam across the St. Lawrence River, between Cornwall in Ontario and Massena in New York. Problem was, there were nine villages that would become submerged throughout the development. With plenty of warning, people who could relocate their houses away on the back of trailers, and some public and iconic buildings were saved through moving. When the region was flooded, the nine villages became known as the lost villages of Ontario; a Lost Villages Museum in Long Sault remembers the communities.