Arts & Culture Paul Feinstein These 3 Countries Have Some of the Most Unique (and Delicious) Pizzas in the World
Home  >  Arts & Culture • Hotels & Lodging • Mauve • News • Trip Ideas
PHOTO: Reflex Life/Shutterstock

From dilapidated Art Deco to rusted-covered modernism, here are some of the most stunning hotels and resorts in the world—without guests. 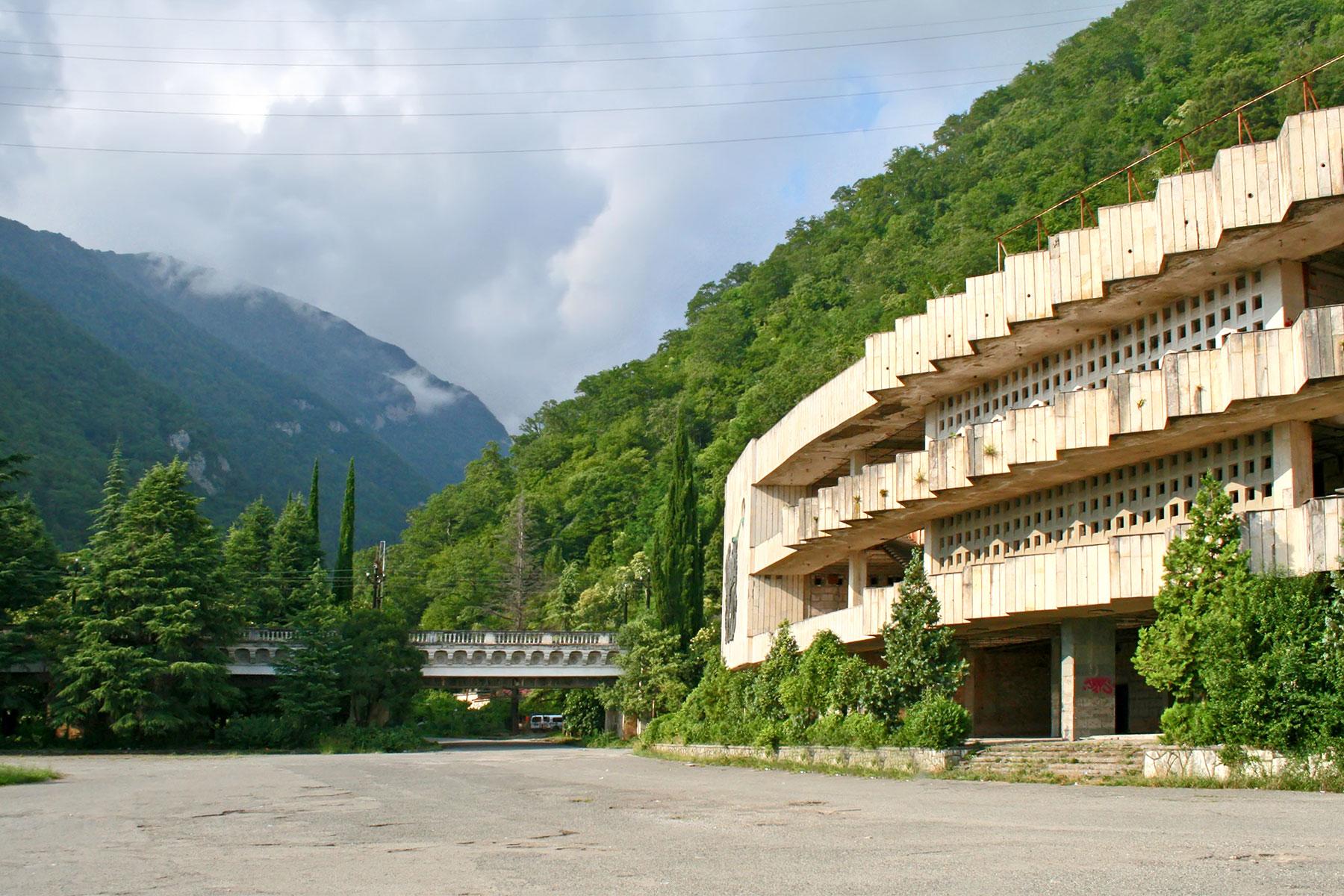 Once a thriving resort community on the Black Sea with opulent hotels, shopping centers, and grand theaters, the town of Old Gagra is a casualty of the Soviet-era conflicts that decimated much of the region. The territory of Abkhazia, where Gagra is located, is still claimed by both the native Abkhazians and the Republic of Georgia. After the fall of communism, Abkhazia rebelled against Georgian rule; in 1992, the largest battle of the war was fought in Old Gagra, destroying the many resorts and spas in the area. Though attempts are being made to restore the area to its former glory, many of the buildings remain in disrepair. 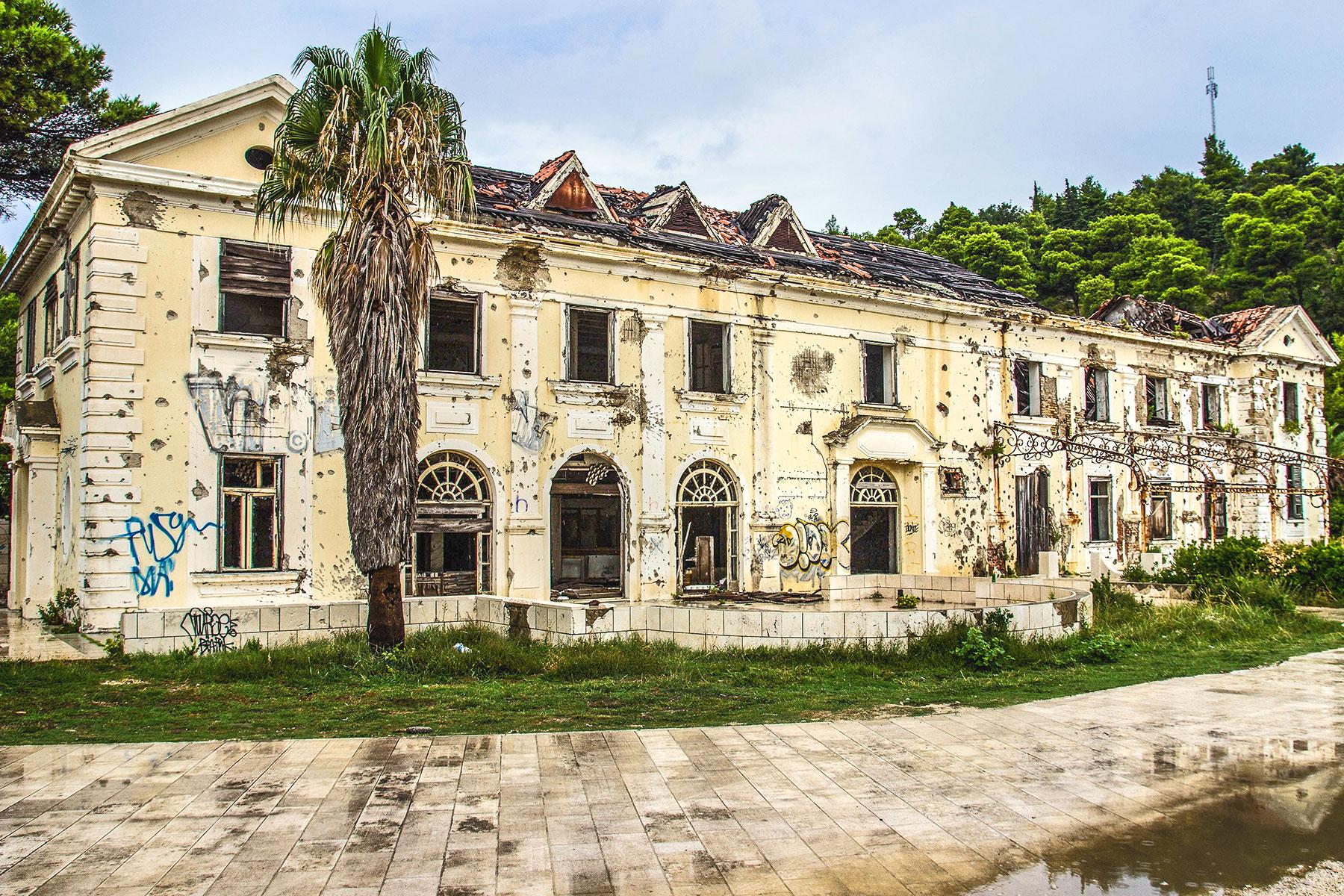 The seaside city of Dubrovnik bears few scars from the Homeland War that ravaged Croatia in the early 1990s, but just half an hour outside of the city, the Kupari Resort Complex tells a different story. The complex, with multiple hotels, campsites, and villas, was developed in the mid-20th century as a vacation spot for Yugoslav army officers and their families. When the war broke out several decades later, the army razed their own resort, leaving behind burned out buildings that still contain broken-down beds, faded wallpaper, and bullet fragments. 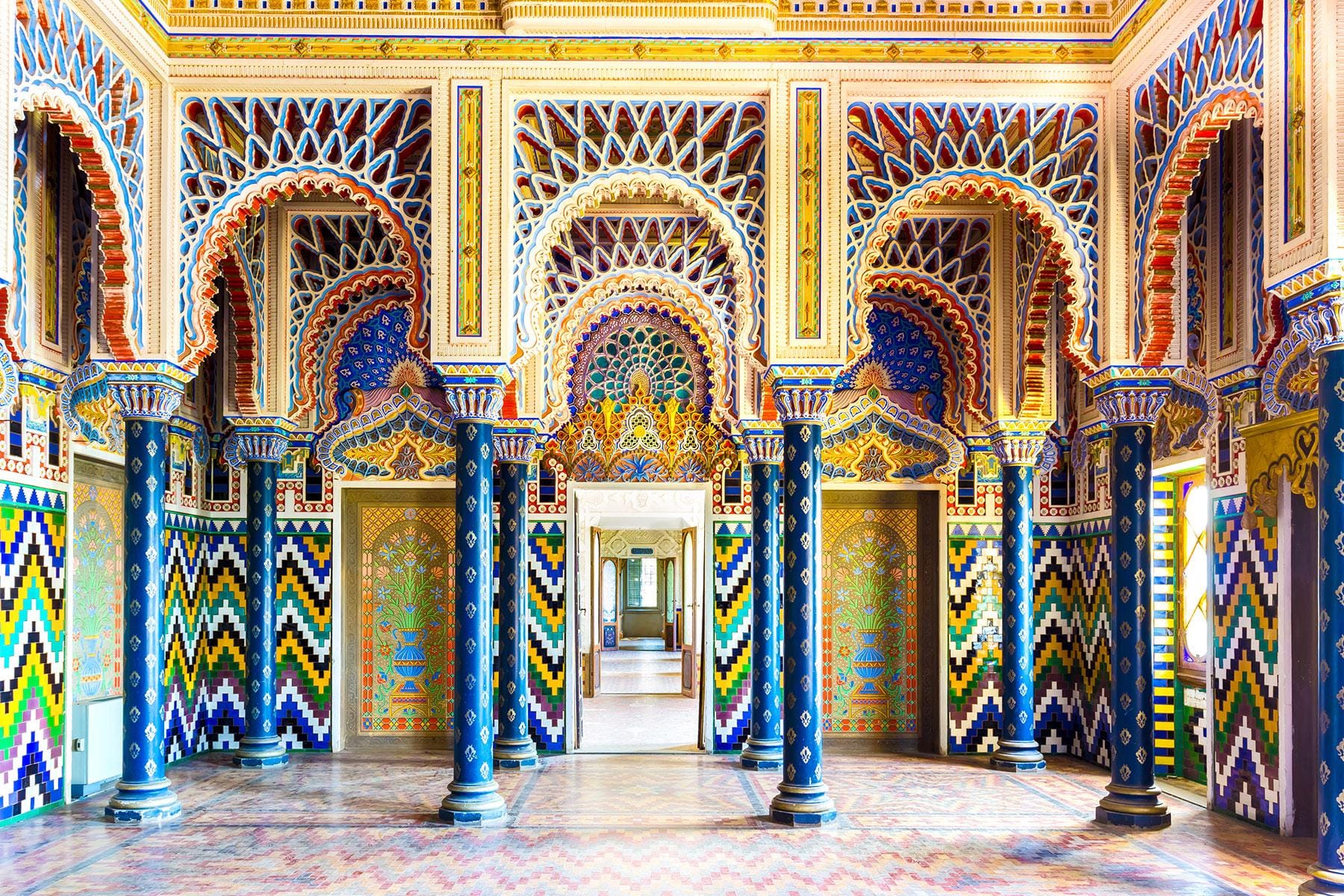 You’d be forgiven for never having heard of this Orientalism-inspired castle, as only a handful of people have been allowed in over the last 20 years. Built in the 1800s by Ferdinando Panciatichi Ximenes d’Aragona, the palace is a wonder of detail, with intricate tile work, carvings, and vivid stained glass covering every surface. After d’Aragona died, the palace was converted into a hotel that was shuttered in 1990, and subsequent owners have failed to keep up with the repairs that the magnificent estate requires; as such, the hotel has never re-opened.

INSIDER TIPSammezzano Palace is not open for regular visits, but every year a small number of ticketed tours are available. If you see one, act fast—they can sell out in a matter of minutes. 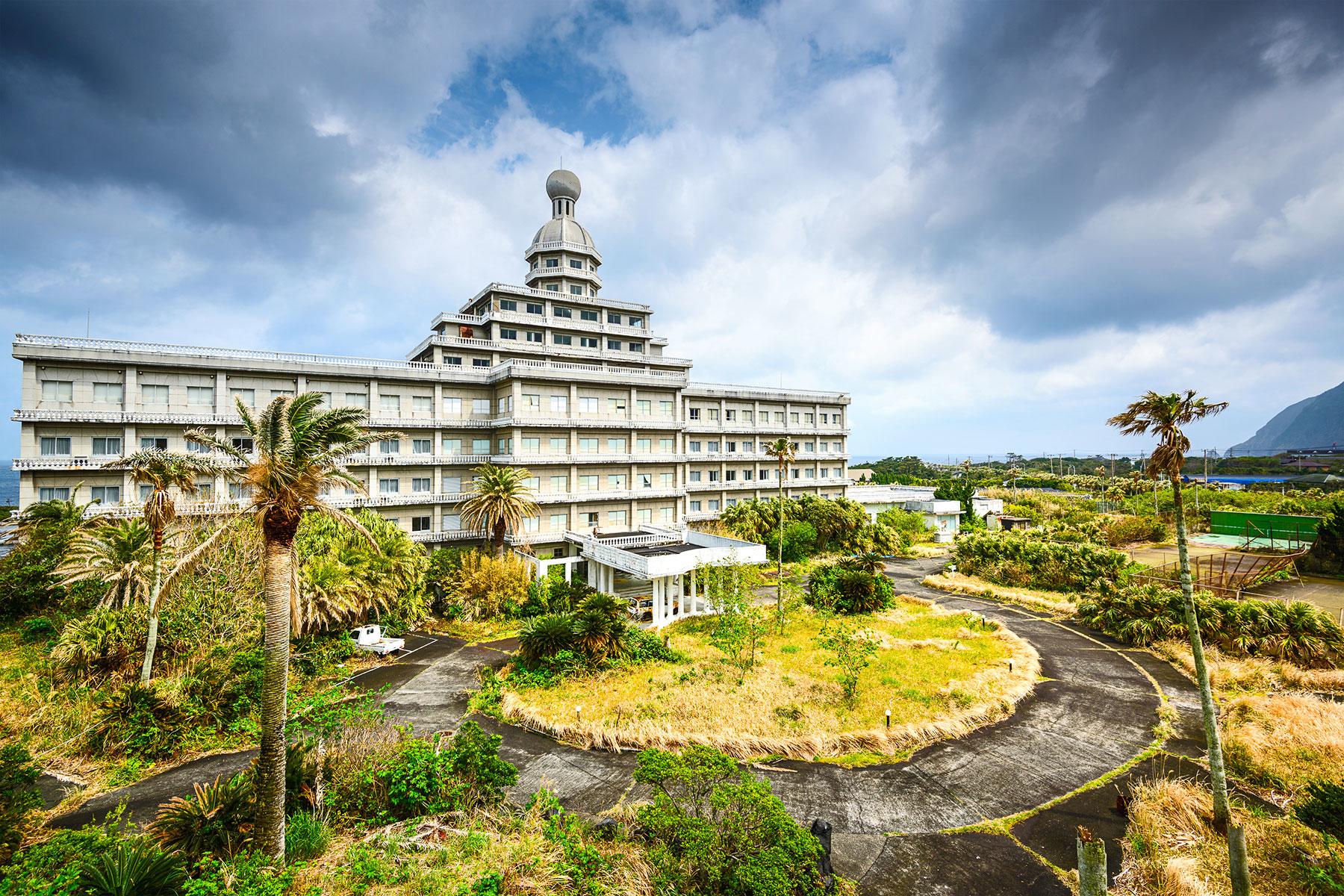 Once known as “the Hawaii of Japan,” Hachijojima Island was a popular vacation destination for Japanese tourists in the 1960s, when it was nearly impossible for the average citizen to obtain a passport. The grand Oriental Resort was able to host large numbers of people, and its relative proximity to Tokyo made it ideal for middle-class families. But as overseas travel became common, the resort’s fortunes turned; after changing owners several times, it closed for good in 2006. 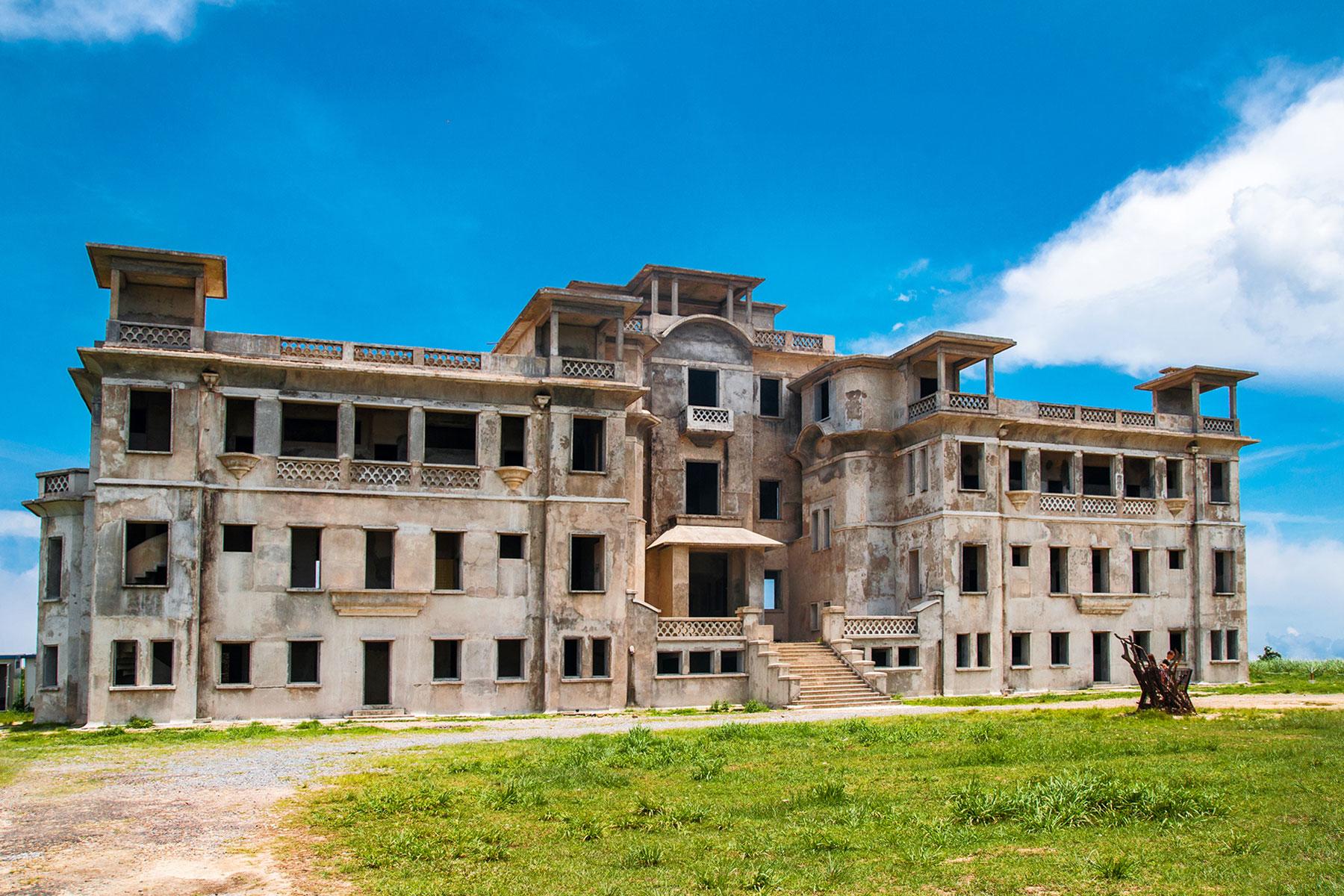 A beautiful building with a tortured past, the Grand Bokor Palace hotel opened in 1925 to great fanfare among the Cambodian elite and French ruling class. Built largely by prisoners, many of whom died in the process, the hotel was abandoned after the First Indochina War but reopened in 1962. A decade later, it was occupied by the brutal Khmer Rouge regime and was the site of unspeakable atrocities; since the regime fell in 1979, the hotel has remained abandoned, and though there is talk of converting it into a museum, no progress has yet been made. 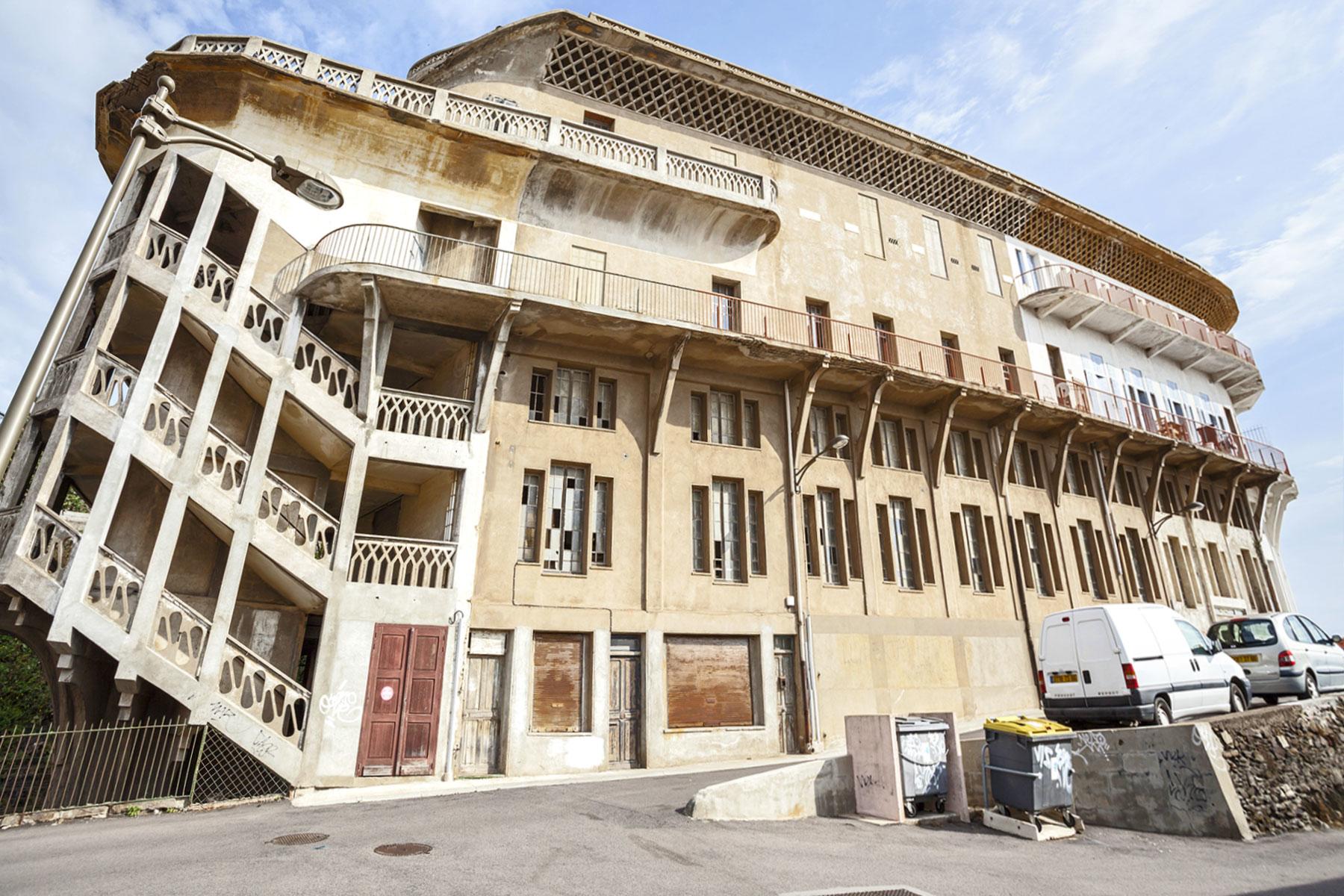 Once a site of respite for weary train-travelers, the Hotel Belvédère du Rayon Vert now resembles a listing ship, teetering between the railway tracks and the road. Built in the late 1920s, this Art Deco masterpiece was once the height of sophistication, with a world-class cinema and a rooftop tennis court. The downturn in rail travel eventually led to the hotel’s own decline, and in 1983 it closed its doors. Over the last decade, though, parts of the building have been refurbished, so visitors can see the hotel as it would have been in its glory days. 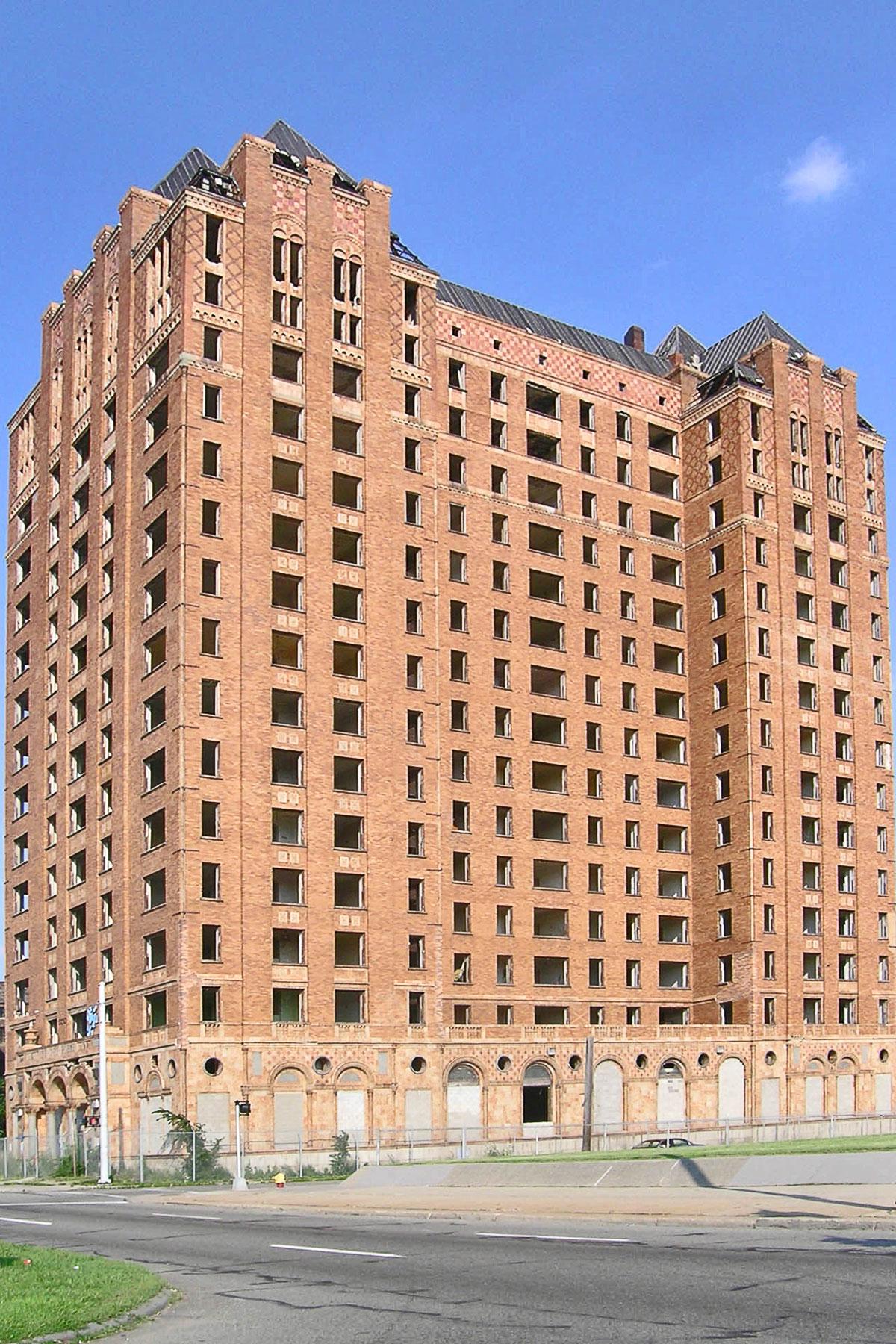 Once a symbol of Detroit’s prosperity, this formerly-stately hotel now encapsulates the city’s struggles. As a luxury residential building in the 1920s, the Lee Plaza Hotel combined the benefits of apartment living with those of a resort, including room service, daycare, and a beauty parlor. After going bankrupt in 1935, the building eventually became a senior living facility that closed in 1997. Since then, its plush rooms have been raided, and graffiti now covers the walls. A $200 million renovation proposed in 2015 never got off the ground. 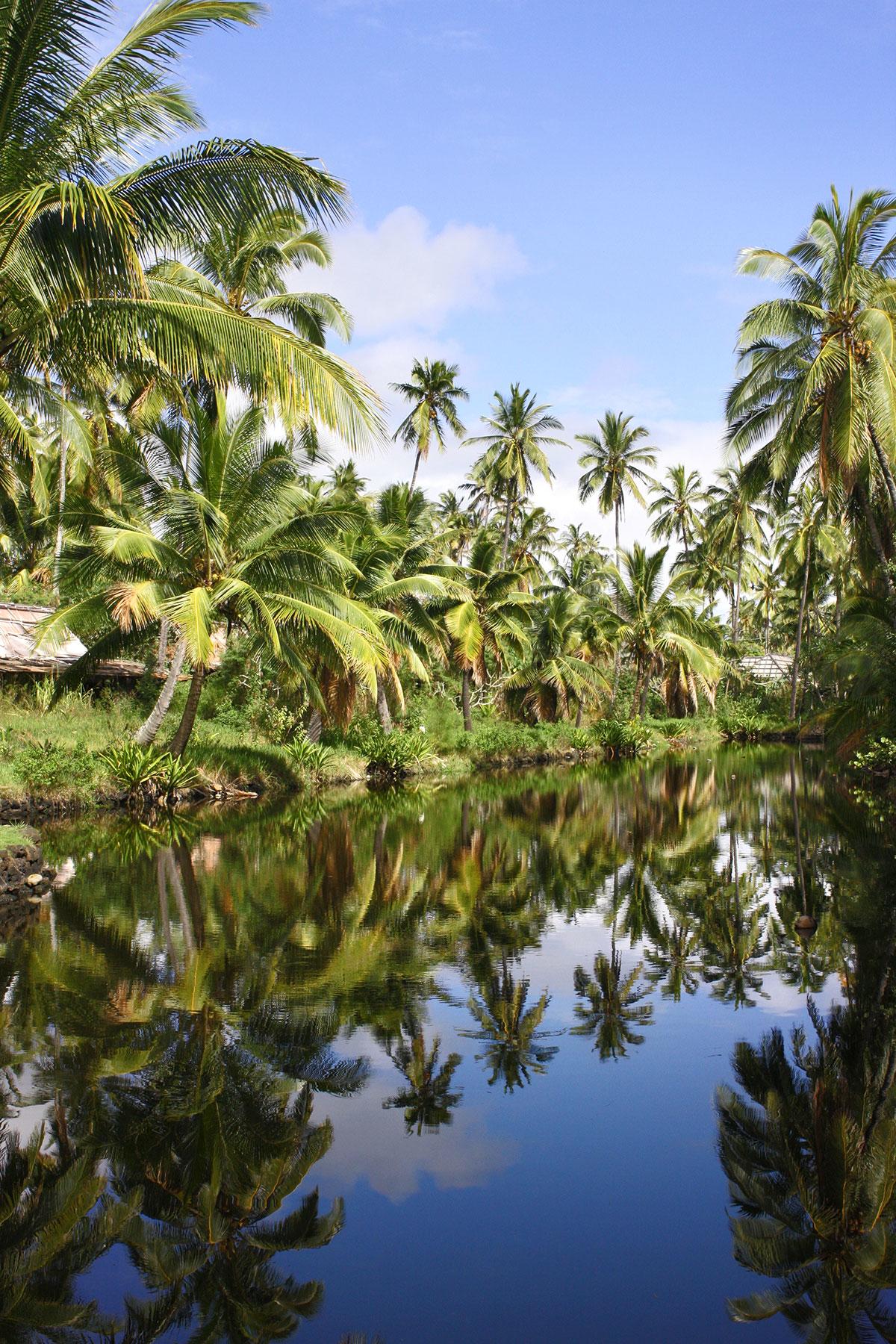 As the first resort on Kaua’i, Cocoa Palms was a hit with the Hollywood set in the 1950s; parts of Elvis Presley’s movie Blue Hawaii were even filmed there. But despite its glamorous reputation, the tropical getaway wasn’t without controversy: it was partially built on land considered historically and culturally significant to the native Hawaiian population. In 1992, Hurricane Iniki destroyed much of the resort, and the buildings have remained abandoned ever since. Attempts to demolish the remains and build a chain hotel have been halted by Hawaiian natives who live in the area.

Even being the inspiration for Dirty Dancing wasn’t enough to keep Grossinger’s from closing. The resort, which was the first to ever use artificial snow for skiing, was built out over a period of years from the 1910s through the 1950s, creating an eclectic mix of modernist, Tudor, and Victorian architecture. Though there are plans to revive this upstate icon, it’s still going to be a while before you can have the time of your life there. 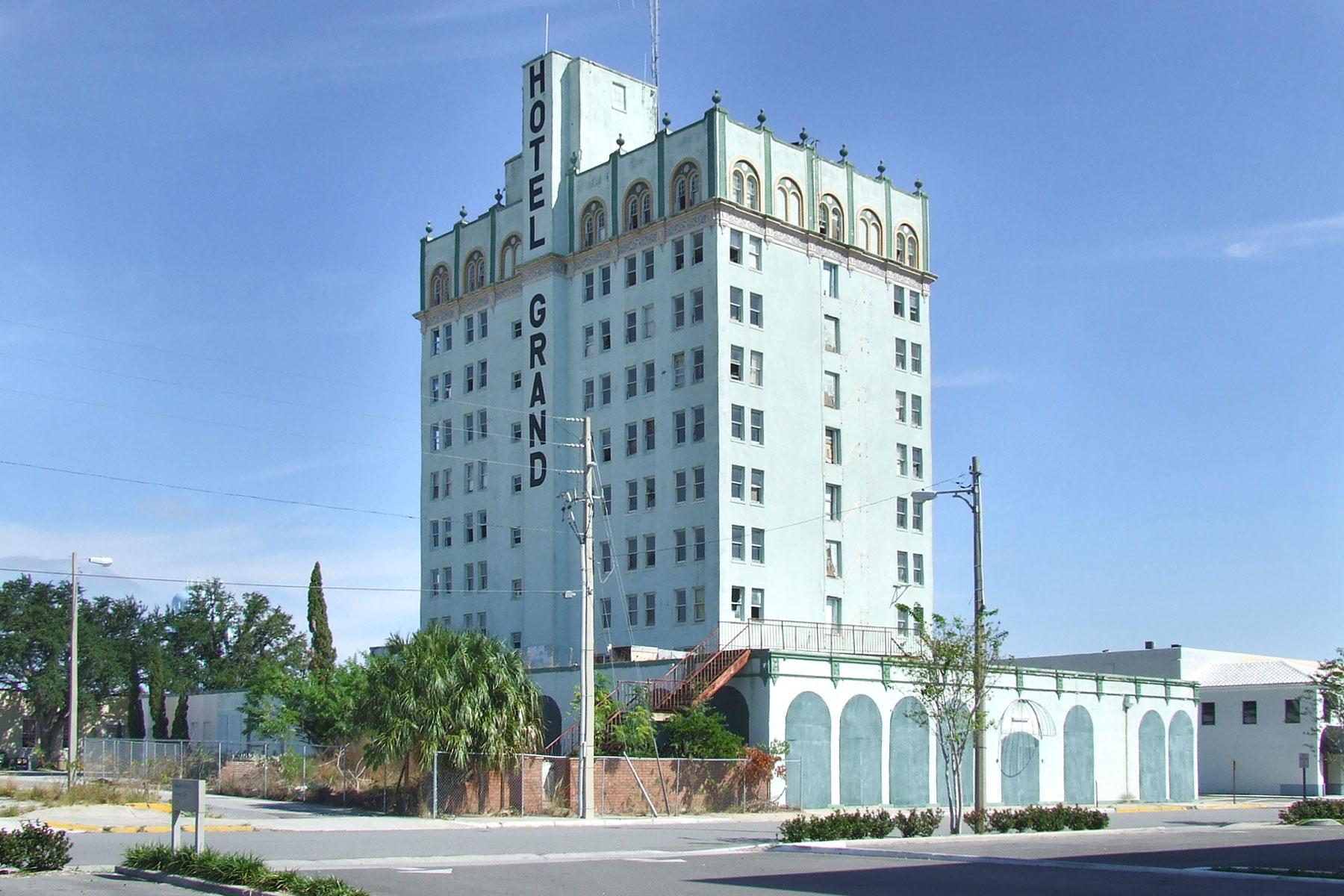 Constructed during the Florida land boom of the 1920s, this stunning example of Mediterranean Revival architecture still retains some of its tropical flavor, with vivid green walls and cool, airy archways throughout. But the Dixie Walesbilt, later renamed the Grand Hotel, has fallen on hard times more than once, first during the Great Depression and later due to irresponsible ownership. The building is currently being restored, though no end date has been given for the project. 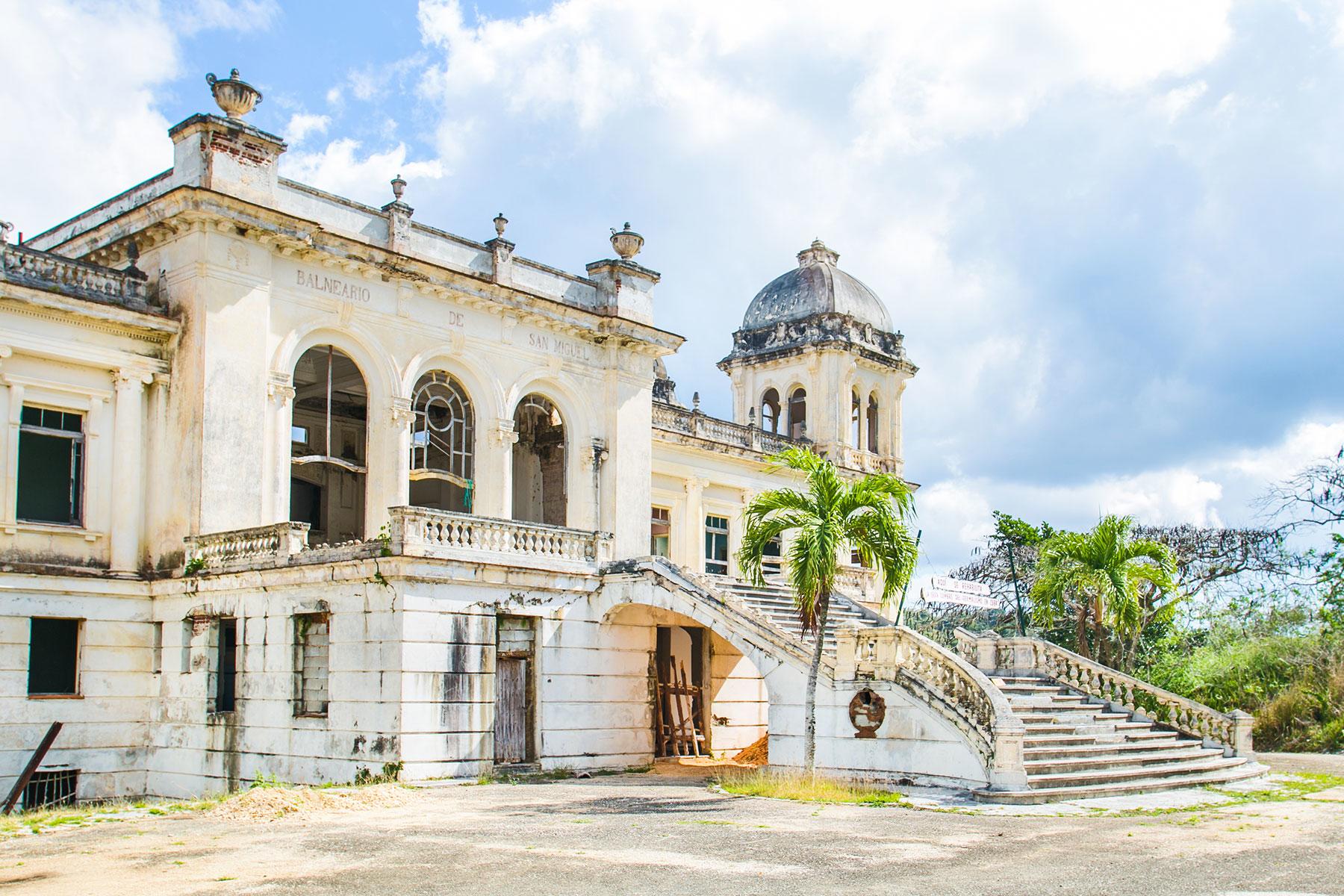 A reminder of Cuba’s heyday, the Gran Hotel y Balneario was once the go-to destination for tourists and wealthy Cubans. Modeled on the extravagant hotels of Montecarlo, the neoclassical villas and natural-spring spa were considered the height of sophistication. Unfortunately, pollution from a nearby factory contaminated the water in the 1950s, and the resort has sat empty since then.

INSIDER TIPWhile the property is patrolled, a small “donation” to the guard will likely gain you entry. 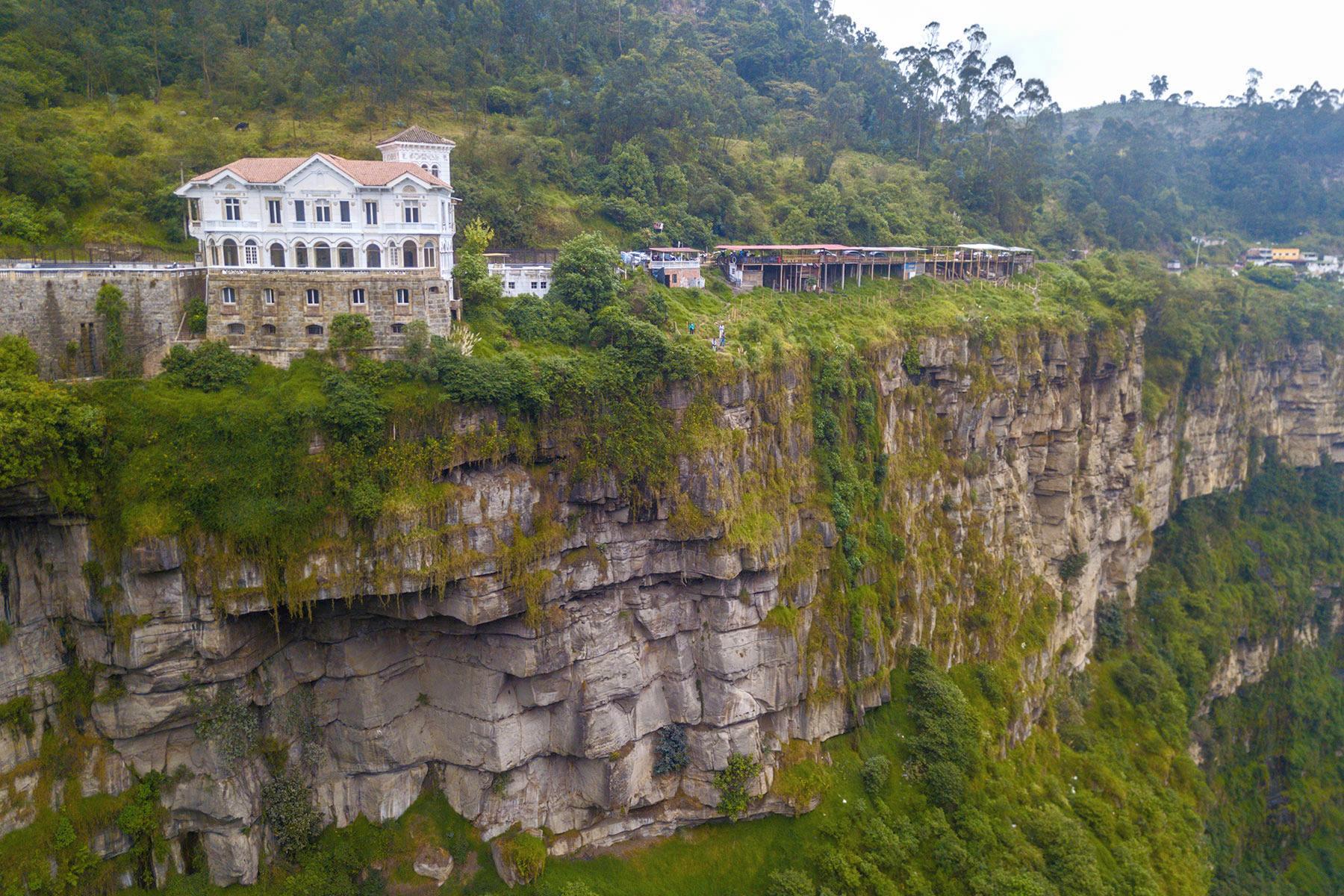 Just an hour outside of Bogotá, guests at the Hotel del Salto could look out over the vast gorge below them to the majestic Tequendama Falls on the other side. A hugely popular vacation spot for the wealthy travelers in the early-to-mid 19th century, tourism dropped off almost entirely in the 1990s due to pollution of the nearby river and the hotel closed. It reopened in 2013 as the Tequendama Falls Museum of Biodiversity and Culture.