News Tina Antwi 'Regenerative Travel' Is the New Buzz Phrase, but What Does It Mean?
PHOTO: Disney Cruise Line

In a theme park not so far, far away.

If you’re a fan of all things animated, Star Wars and Marvel then boy do we have good news for you: Disney just released news of several, huge changes coming to Disney parks around the world. There are a ton of awesome new rides, hotels, theme parks, exhibits and adventures coming down the pipeline. So here’s what you need to know to organize your vacation days way ahead of time. 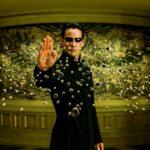 While Star Wars: Galaxy’s Edge (the hero’s journey you’ve always dreamed of) just opened its pod bay doors at the end of May, the new Star Wars: Galactic Starcruiser is Walt Disney World’s newest destination: the starcruiser Halcyon, which is cleverly disguised as a hotel.

The new experience even comes with its own freshly tailored backstory. Halcyon is owned by a company called Chandrila Star Line, based in Chandrila, homeworld of Rebel leader and future Chancellor of the New Republic, Mon Motha. When you check-in, you will be transported to a time just days after the battle of Endor was won in Return of the Jedi. And your stay is designed to feel just like cruising through space on a large space cruiser.

So far, Disney has been pretty hush-hush on what that entails (presumably so that your screams of delight will be that much louder) but Gizmodo has a few great concept photos on their site. And we do know that there will be an “all-immersive adventure” with games, gambling, drinking and rooms with windows that “look out into outer space.” But for the full set of details, we’ll all have to wait until December 2019, when Galactic Starcruiser opens (and that’s really close to winter holiday break time so maybe now’s the time to tell everyone about your alternative plans).

Or Try Your Hand at Being an Avenger

Marvel fans, Disney is calling. Just last night, Disney Parks hit us all with the news that a new superhero-themed area is opening at Disney California Adventure, Disneyland Paris, and Hong Kong Disneyland. It will be called the “Avengers Campus,” will be home to a ton of attractions based on the Marvel Comic Universe, and “When guests visit Avengers Campus, they will become part of an interconnected, global story that spans from California to Paris to Hong Kong with the Avengers recruiting new extraordinary people to join them,” reads an official Disney Parks’ blog post.

Unfortunately, that’s pretty much all we know about it so far. But, it is not scheduled to open until summer 2020 so there’s plenty of time for some Thanos-level news to come down the pipeline.

Take the Journey of Water With Moana

Epcot will be receiving an update in the shape of a Moana attraction called the Journey of Water. What will that journey entail? So far, we know that it will feature a “lush exploration trail” of water, but no further details (or opening date) are available at the moment.

Or Ride a Tron Lightcycle

I think that we can all agree that the lightcycle is one of the (if not the) best part of the Tron movies. And since we’ve all been fantasizing about tripping the fluorescent light fantastic at break-neck speeds on a digital track, Disney has just announced that those dreams will be coming true (in the western hemisphere, that is. Shanghai already has one) via the TRON Lightcycle Run. So far we know that it’s under construction, that it will be different from its Shanghai counterpart, and that the concept art looks really cool.