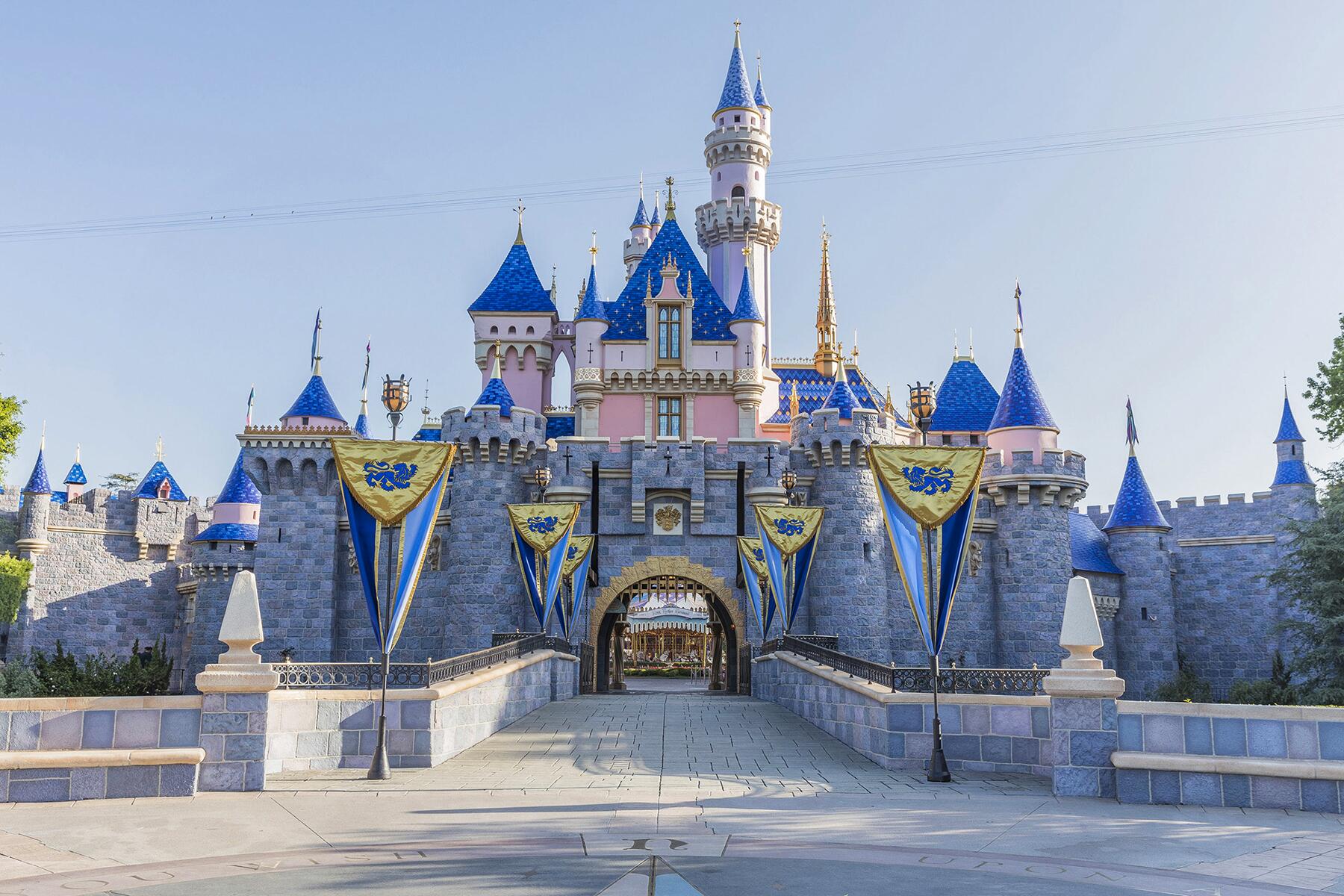 Coronavirus Deanne Revel Disneyland Is Finally Reopening. Here’s Everything You Need to Know 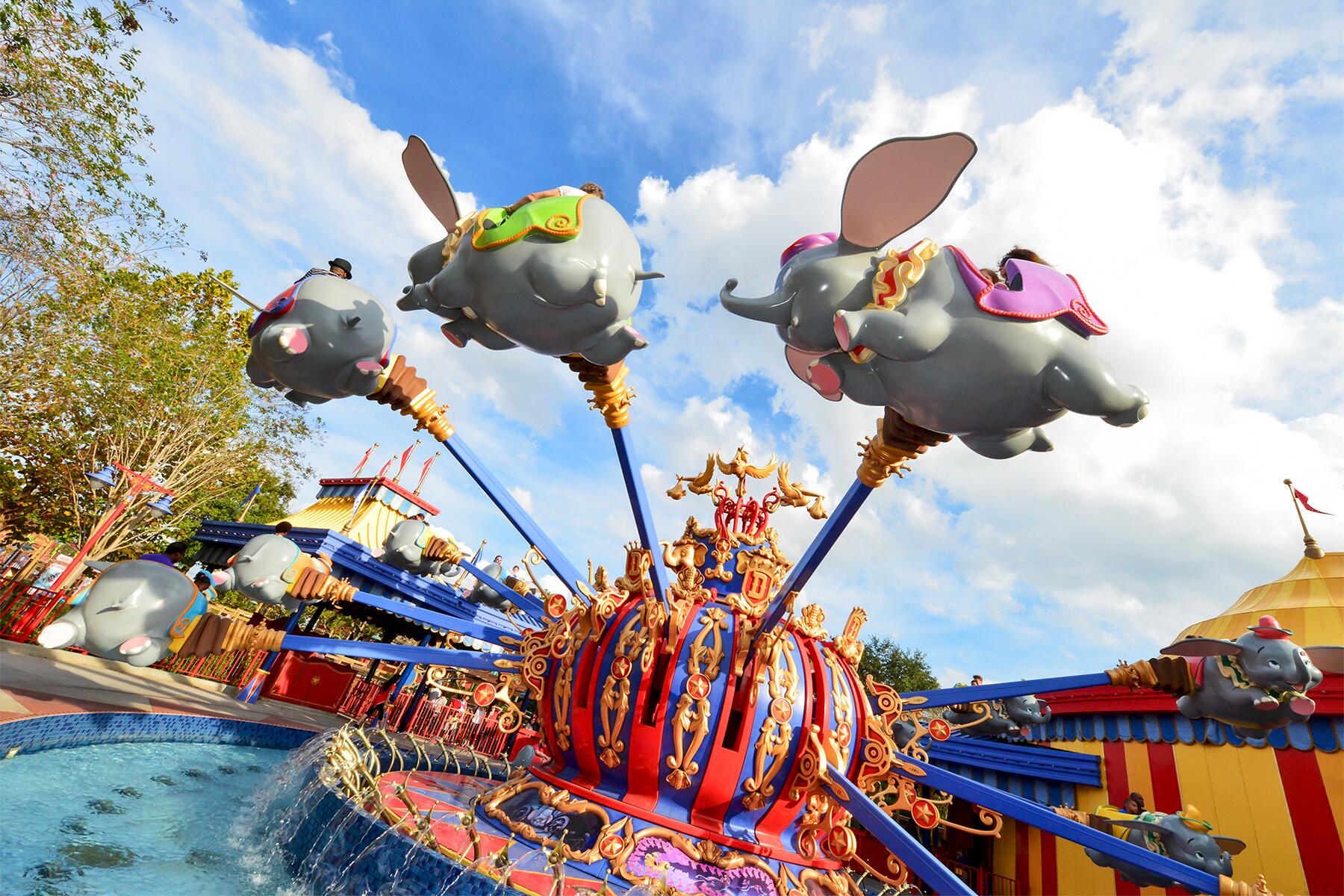 Coronavirus Tarah Chieffi Thinking About a Post-Pandemic Disney World Trip? You Should Expect a Lot of Changes

Finally, you can taste the blue milk for yourself.

Galaxy’s Edge starts just like any good Star Wars story should. With a call to adventure.

The towering, petrified tree trunks (for which Black Spire Outpost is named) loom on the horizon. The approach to the planet of Batuu’s largest settlement is flanked with the coos and chirps of the alien fauna that inhabits the planet of Batuu. The lurking presence of a laser canon foreshadows the stormtroopers that patrol the spaceport while a stationery x-wing hints at the Resistance presence that fights from the shadows against the occupation of the First Order—the implicit question emerging: Will this be a path that leads to the Light or the Dark side of the Force?

But it’s the many, smaller details—like the greetings of “Bright Suns!” as you make your way through Black Spire Outpost—that take you from a theme park in Anaheim to a galaxy far, far away.

But I’m not experiencing this through an actor on a screen, a video game avatar, or even the annals of your own fanfiction. No Luke Skywalkers, no Reys or Finns, no barriers—just me.

Coronavirus Deanne Revel Disneyland Is Finally Reopening. Here’s Everything You Need to Know

Coronavirus Tarah Chieffi Thinking About a Post-Pandemic Disney World Trip? You Should Expect a Lot of Changes
Continue Reading Article After Our Video

The teams behind Disneyland’s latest and most ambitious attraction have centered immersion at every possible turn. Of course the scale of the land is impressive, with 14 acres encompassing two major attractions, over a dozen venues, and the first complete Millennium Falcon that’s ever been built. But it’s the many, smaller details—like the greetings of “Bright Suns!” as you make your way through Black Spire Outpost—that take you from a theme park in Anaheim to a galaxy far, far away.

As a lifetime Star Wars fan, visiting Galaxy’s Edge felt like a culminating moment of that fandom. Here I’d gone from trying to ensconce myself in this universe by collaging my childhood bedroom wall with Star Wars magazine clippings and buying the role-playing game Knights of the Old Republic no less than three times (Xbox, Mac, and Android) to simply walking around and feeling like I was in the world I’ve spent so much time trying to reach.

Shop Your Way to Becoming One with the Force

Star Wars was synonymous with prolific merchandising long before the franchise was acquired by Disney. So it was inevitable that shopping would be part of the Galaxy’s Edge experience. And yet you don’t feel like you’re walking through any old gift shop, you’re walking through the outpost’s bazaar. Or you’re perusing the artifacts on display inside Dok-Ondar’s Den of Antiquities. Sure, they’re selling t-shirts and plush porgs, but every one of the shops feels as if they also stock spare speeder parts and power converters. 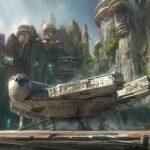 But the biggest retail experience is the custom lightsaber. And it truly is an experience. Instead of going into one of the regular shops visitors (after paying $200 upfront) are ushered inside Savi’s Workshop where they create their own lightsaber, choosing from hilts, decoration, and the kyber crystal at the core of every one of these elegant weapons from a more civilized age. It’s made to feel less like retail therapy, and more like a rite of passage.

Since it first appeared near the beginning of Star Wars: A New Hope the people have been asking, “What does blue milk taste like?” (When it comes to green milk’s first onscreen appearance people have mostly just been asking, “What?”) Now, we finally have our chance to take a sip for ourselves. And it turns out blue milk has a tropical coconut flavor, green milk has a citrusy flavor. And both are made with coconut and rice milk, so they’re vegan-friendly as well!

But after a long day of evading the First Order or combating the Resistance, you need something with more of a kick to it than milk of any color. For the 21 and over set, there’s Oga’s Cantina where you can settle down in a booth like you’re a renowned smuggler holding court and order up a Bespin Fizz (Bacardi, yuzu puree, pomegranate juice, white cranberry juice, cloud swirl) or Dagobah Slug Slinger (Herradura Reposado tequila, Bols Blue Curacao, citrus juices, ginger herbs, bitters).

Fight for the Resistance or Join the First Order

A big part of Galaxy’s Edge is that you’re actually invited to be an active participant in the world. When a stormtrooper gets in your face and demands to know whether you’ve pledged your allegiance to the First Order, do you fall in line, stand defiant, or do you snark that you’re an undecided voter? If you’ve always imagined what it would be like to act like a Sith Lord in training, a noble Jedi, or a cool-as-a-cucumber renegade, here’s your chance.

If light improv and audience participation isn’t your style, you can still feel actively part of the story with the Data Pad element that Disneyland introduced through its Disneyland Play app. When you enter Galaxy’s Edge you convert the app to a Data Pad that allows you to hack things around you in favor of the Resistance or the First Order, you can scan the written language to find out the translation, or find out what’s in boxes. You can even take on quests that ultimately affect which side is in control of Black Spire Outpost.

Get Behind the Wheel of the Millennium Falcon

There’s a kind of magic that hits you when you walk around the corner and see the Millennium Falcon for the first time. Like all the best, most hopeful parts of your inner child are lighting up like, well, the switchboard right before the jump to lightspeed. But you don’t just admire the hunk of junk from afar, the attraction Millennium Falcon: Smuggler’s Run allows crews of 6 to make their way into the cockpit and take on a mission of their own. And while there are plenty of thrills to be had keeping the Falcon in shape as an engineer or firing off rounds at enemy ships, you’re going to want to be sitting in those pilot seats when it comes time to make the jump to lightspeed.

Galaxy’s Edge opened to the public today. Guests will need a reservation in addition to their regular Disneyland admission until June 23. After June 23, reservations will no longer be required.