Family Marah Eakin Is It Remotely Possible That a Childless Adult Can Have Fun at Sesame Place?
PHOTO: Ruslan Huzau/Shuttertstock

Your guardians definitely encompass at least one of the following personality traits—so here’s where to take them.

Whether it’s to school, to work, to the grocery store, to the doctor, to Advanced Auto Parts, to Target, or to other stores, as well, parents are always on the go. They’re speeding through the day, trying to make sense of the chaos and when they finally do slow down, there’s barely enough time to breathe—let alone plan the relaxing vacation they so badly need (and deserve). That’s where you come in. You assess their likes and dislikes, their daily activities, and their energies. I mean, you’ve been doing it for years (you’re their child, after all), but do it again for the sake of this article. Thank you. Surely, your audit will yield some of the following traits, and for those traits, we’ve curated a few places we think might be able to realign the chakras of your beloved folks.

Mom Who “Wants to Speak to the Manager”

Let’s start simple. This one’s got a very clear-cut answer: Winery. Look, she’s particular and often concerned (generally) and sometimes it’s annoying as hell. She needs to get away from everyday life, but not too far away because you know how she gets. Let the rolling hills of the Napa Valley quell her angst. That’s right, I’m talkin’ the MOTHER of U.S. Wine Country–Napa Valley, California. Beautiful countryside with notes of sunshine and delicious charcuterie, you have more than a few excellent wineries to choose from, but Joseph Phelps Vineyards is known for its Cabernet Sauvignons and it offers entertaining seminars that your mom can helicopter over to. Stony Hill Vineyard is also a popular choice in the Valley, with its Hobbit-like cellar and 75-minute-minimum (!!) tastings. If you’re on the east coast, Virginia’s Jefferson Vineyards promises a historically-rich experience—the state’s first wine company was founded here with the help of George Washington. A more personal vineyard (not designed for big groups), this choice could be the perfect place to get some one-on-one time.

Family Marah Eakin Is It Remotely Possible That a Childless Adult Can Have Fun at Sesame Place?
Continue Reading Article After Our Video

She’s a freak in the streets, just trying to get her kid(s) some cleats. Or she used to be, at least. Middle school sports have come and gone, but she still works hard to make sure hectic schedules are coordinated properly and time is balanced, so take her somewhere…beachy. No roads to conquer, not a full calendar in sight, this mom is taking her foot off of the gas pedal and planting it firmly in the sand with a pulpy read, honey! An uncrowded beach is just what the doctor ordered, so check out Carova Beach, North Carolina, the northernmost community of the Outer Banks, where horses periodically roam the 11 miles of its shoreline. We also like Enderts Beach in California—an escape tucked away in Redwood National Park which means it’s surrounded by trees that gently sway as the summer breeze flows through them and off into the sunset. 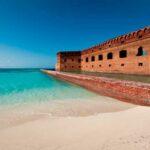 Dad Who Wears Socks With Sandals

Chances are that he is ALSO wearing the same ill-fitted cargo shorts, but, hey, that’s okay! Regardless, you love him and you guys need some father-child time. Bird watching is the way to go here. How am I so sure? I’m not, but his lack of a wardrobe implies that he may lack engagement. And believe it or not, there’s a reason bird watchers have spent billions in recent years—they’re focused and passionate about their hobby!

How am I so sure? I’m not, but his lack of a wardrobe implies that he may lack engagement.

You can scope out rare species while simultaneously entertaining him with style questions and constructive criticism. Tucson, Arizona, is pretty popular with bird watchers (two words: magenta hummingbird), as is Everglades National Park, Florida, which is home to more than 300 native species of birds. After talking about his questionable fashion choices, consider Toronto’s enlightening Bata Shoe Museum for your next trip.

Mom Who Dances While Eating Samples in the Grocery Store

I love this mom because she’s wholesome—it’s hard not to dance when you’re the recipient of free food—and she deserves the best. So, because this classification involves food, let’s go that route. Literally, let’s travel for good food. Make a foodie tour, starting in the South with the Savannah Taste Experience (which involves strolling through gardens and cultural landmarks), A Downtown culinary tour in Charleston, South Carolina (“where cuisine and history meet,”), or in Austin with the Austin Eats Food Tours (Texas Barbecue, I mean c’ mon). If the idea is a hit, consider moving it internationally in the coming years!

Recently-Retired Mom Who Can’t Decide on a Layout for Her Newfound Hobby, Gardening

She just wants inspiration, this mom, and lucky for you, the U.S. is home to more than a few beautiful botanical gardens. The United States Botanic Garden in Washington, D.C., has a bevy of flora that would make the Smithsonian museums blush and it contains a Fountain of Light and Water that needs to be seen to be believed. On the opposite coast, Portland’s 5.5-acre Japanese Garden is also full of wonders and even offers classes that teach techniques for creating and fostering Japanese gardens.

Dad Who’s Competitive in All Areas (Not Just Sports, Although Chances Are He’s Also Competitive About Sports as Well, Because Dads, Specifically, Are All-Around Competitive)

A Sports Game might seem like an obvious answer here, but…well, let’s just explore the idea (even if you’re not the biggest sports fan yourself). Baseball games are good because they’re methodically-paced (but not necessarily painful, like golf). Of course, our favorite baseball cities include NYC and Boston, but don’t sleep on St. Louis or San Francisco. The former reps one of the country’s best zoos and an incredible Science Center and the iconic latter with its arts and street fairs is always a treat.

Mom Who Refuses to Let Go of That Dilapidated Sewing Machine

“More like antique sewing machine,” she would say, probably. Chances are, the device provides her with some sort of nostalgia and/or helped her refine her skills as a seamstress queen after mastering its tricky handwheel. “You’re right,” you respond, indulging her. “It is one-of-a-kind.” Indulge her further the next time the two of you have the opportunity to take a three-day weekend by going antiquing. Try Millerton, New York—a two-hour drive north of New York City—where Millerton Antiques Center on Main Street is open every day and features 35 dealers whose stalls house plenty of ornate items for that wall in her craft room. She might even find an attachment or a neat little craft table on which to place her favorite sewing machine upon. We’re also fans of Stillwater, Minnesota—just a 30-minute drive from Minneapolis. The idyllic small town is complete with plenty of bed and breakfasts—this mom loves a quaint B&B!—and its main street is home to multiple knick-knack shops, including American Gothic Antiques—a multi-level shop that sells plenty of Civil War-era memorabilia; across the street, you’ll find the Midtown Antique Mall, which houses plenty of rare collectibles and unique furniture.

Whoo boy, when this show started two years ago, you wondered if HBO had low-key contacted your mother at some point to discuss interior decoration, opulent party planning, and acerbic one-liners. I’m sorry to say this, but she deserves the best and that means you’re sparing no expense on this vacation. While winery might be the obvious choice given the character’s (your mom’s?) hobbies, let’s try to think a little more outside of the box (don’t worry, there can still be wine!).

I’m sorry to say this, but she deserves the best and that means you’re sparing no expense on this vacation.

Whether you’re considering a long weekend or a full week, a glamping trip will surely take her by surprise. She’s overdue for her appointment with nature, so, depending on the coast, Costanoa is a California escape that’s just a 30-minute drive from Santa Cruz and about an hour-and-15-minute drive from San Francisco. The eco-adventure resort offers such niceties as aromatherapy massages and a restaurant that serves fresh, organic coastal cuisine. Another favorite glampsite is the secluded Moose Meadow Lodge & Treehouse in Waterbury, Vermont. It’s close to the Ben & Jerry’s Ice Cream Factory, the craft beer village Waterbury (they have wine also!), and several ski resorts including Bolton and Mad River Glen.

You and your dad both love video games, which is rare and awesome. So, if E3 is a little difficult to swing, you should consider planning a trip to the American Classic Arcade Museum or checking out the International Center for the History of Electronic Games in Rochester, New York—it’s home to one of the largest collections of video games and video-game related materials (including board games, vintage comics, etc.) on the planet. If you’re planning something down the line, Akihabara Electric Town in Tokyo, Japan, is a gamer and tech-consumer district that’s recognized as the country’s anime, manga, and, general nerd capital. Also, something tells me a jaunt to Disneyland’s new Star Wars: Galaxy’s Edge should be on the table.

We’re talking Kirstie Alley a la Drop Dead Gorgeous. I can’t help but think this category of mom is larger than you think it is, so I felt it was important to add to the list. A fashion museum seems a fitting establishment to plan a vacation around, doesn’t it? Take mommy dearest to see some of the devil’s Prada at the Anna Wintour Costume Center at the Metropolitan Museum of Art. Alternately, the chances she’ll eat up the camp on display at Madame Tussauds—which has locations in New York, Hollywood, Las Vegas, and San Francisco—are high.

Thank god, am I right? The GLBT History Museum in San Francisco or the Leslie-Lohman Museum of Gay and Lesbian Art in NYC are good places to start planning trips around if they’re interested in understanding more about the history and culture of the LBGTQ community—the former has been deemed the “queer Smithsonian” and the latter houses more than 22,000 effects (sculptures, prints, paintings, etc.). If you really want to blow their minds (which should be open if y’all are considering this next option), take them to the Leather Archives & Museum in Chicago; though, it’s decidedly less palatial than the aforementioned museums and may work better as a day-trip if you live an hour or so outside of the city.

INSIDER TIPBTW, this slide can be applied to any parent mentioned on this list or otherwise.