Top places to go in the Northeast in 2022

Asbury Park has an unparalleled Jersey Shore energy thanks to its robust musical background and quirky events.

Between Memorial Day and Labor Day, you’ll need a beach pass to access the beach. Go to the Beach Office or download the Viply mobile app to buy one.

The Wrestler, directed by Darren Aronofsky 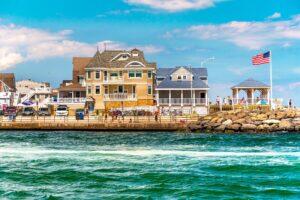 Get your hike on, then kick back, relax, and soak up the crisp air of this soul-nourishing destination.

If you want the true nature experience, there are several campsites (both for RV and tents) located right on the water. It’s tricky to get a spot during the summer months, but a late May or early October booking is far easier, and nobody will be closer to the water than you.

Coast of Maine by Kathleen Regan 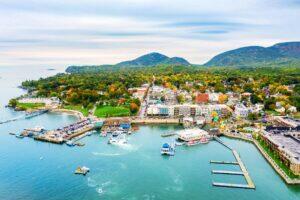 Which Is a Better Vacation? Cape Cod or Bar Harbor?

Find the bespoke “Bricco Alley” sign next to Bricco Restaurant. Follow this path—and the alluring aromas—to Bricco Panetteria, an artisan bakery making fresh daily loaves for a plethora of the neighborhood’s Italian restaurants. Bring some cash for takeaway bread, and come early to try Boston’s most scrumptious muffins.

The Boston Italians: A Story of Pride, Perseverance, and Paesani, From the Years of the Great Immigration to the Present Day by Steve Puelo

Just What I Needed by The Cars 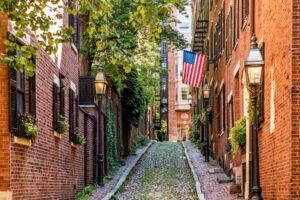 21 Ultimate Things to Do in Boston

Welcome to mini Cape Cod on the Long Island Sound.

There are no public beaches in City Island. Most streets have gated entrances reserved for residents, but there’s a way to access the beach at Cross Street. Otherwise, try the sandy shores of the Morris Yacht Club & Marina.

Plan Your Trip Visit Fodor's Guide to The Bronx 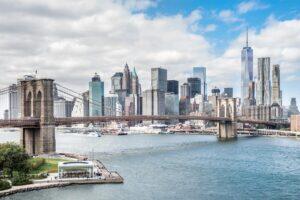 35 Ultimate Things to Do in New York City

Step into another world where pumpkins grow over a thousand pounds, are raced down a river, and used as canvases for infamous local artists.

Have dinner at the Shuck Station, coffees at the Barn Door Baking Company and stop by Riverside Butchers. Visit Wildings store on Main Street to get inspired by a fashion-forward horticulturally-inclined life. And, if local sailing legend JaJa Martin is in the water, bet on her to win the big prize in the pumpkin boat races. 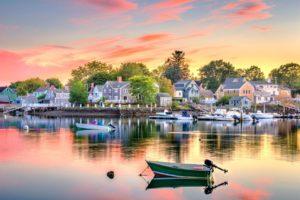 10 of the Most Picturesque Towns in New England

Fallingwater isn’t the only stunning water feature along this route, and there are several great spots to enhance your road trip experience. In the Laurel Highlands, Ohiopyle offers whitewater rafting for all skill levels. Erie features Presque Isle State Park, a breathtaking peninsula into Lake Erie, and Niagara Falls is just a short drive from the New York Wright sites.

So Long, Frank Lloyd Wright by Simon and Garfunkel

This blink-and-you’ll-miss-it town in upstate New York is a paradise for bibliophiles.

Bull & Garland only has five suites available, so book your stay well in advance.

The Booksellers, directed by D.W. Young

Wrapped up in Books by Belle and Sebastian 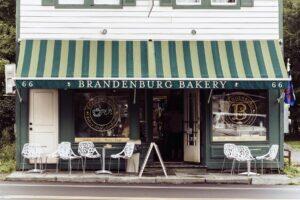 The Best Tiny Towns to Visit in New York

A town brimming with East coast charm and just the right amount of eccentricity, New Hope is a picturesque retreat.

If you think this sleepy town goes to bed when the sun goes down, think again. Town staples like Dubliner on the Delaware and Havana know how to get rowdy.

The Green Mountain State’s modesty is no match for the myriad charms bursting around every bend in this southern stretch.

Midnight in Vermont by Billie Holiday