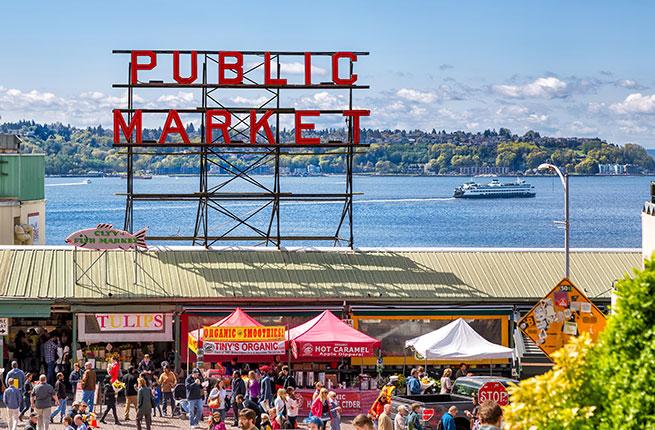 The country’s oldest continually operating public market sparkles with stacks of local salmon and perfumes the air with delicate peaches: it sings a siren song to anyone who finishes each meal by planning the next one. The restaurants in the market show off not only Seattle’s bounty of fresh ingredients, but also its diversity of cuisines. Here’s where to find the market’s best bites. 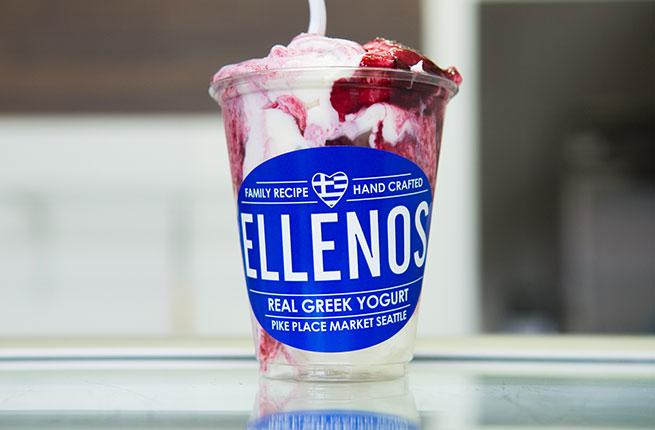 Forget any yogurt you’ve eaten in the past: this is a whole different dish. Rich and smooth, with the thick, decadent texture of sour cream, the various flavors shine artfully from behind a glass case. The yogurt is made by a family of Greek-Australians who transform local milk into treasure, gleaming with an orange or purple topping of mango, passion fruit, or the local specialty, marionberry. Stop by for a taste and you’ll quickly be convinced that this yogurt is better than ice cream.

A market classic, this Chinese bakery stocks its case with the same items they have for the last 33 years, including the curry beef hum bow, a local favorite. Like all of the 1,000 or so buns they sell a day, the curry beef buns are made from scratch in the 325-square-foot stand. The fluffy bun has a sweet, crisp top that encasing a thick Japanese-style curry with just a hint of spice. 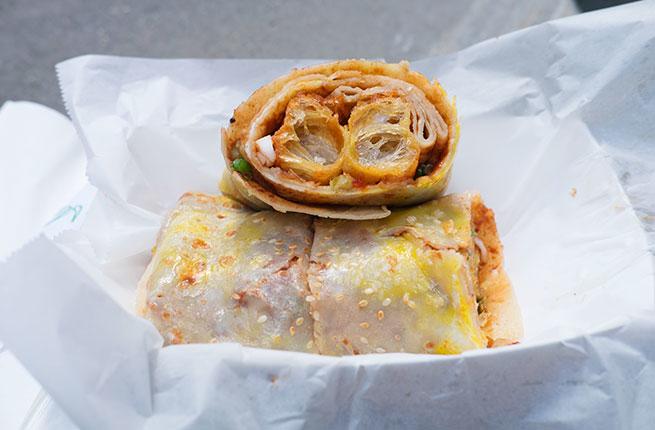 The menu is as simple as the name here at Jack’s, so sidle past the stacks of Dungeness crab, blushing with sweetness, through the boxes of oysters, to a stool of your own. The menu offers clam chowder, a few seafood cocktails, steamers, raw oysters, and of course that whole crab you walked by, as well as several permutations of fish and chips: true cod, halibut, salmon, prawns, oysters, or scallops. Watch the action as your oysters are selected and shucked in front of you, your crab cracked, and your fish fried. (Like what you ate? They’ll ship that seafood to your door, too.)

Hidden in the back of a market building, this slip of a Chinese street-food stand whips out fresh Chinese crêpes, hand-shaved noodles, and flatbread sandwiches. The chef earned himself a reputation as a whiz with noodles and spices through a career at various local sit-down Sichuan restaurants. Now the frills of a restaurant are gone, and his talents are focused on a few of his finest dishes, including the made-to-order jian bing—Chinese crêpe—which envelopes a Chinese doughnut in its eggy folds, along with flavorful sauces. 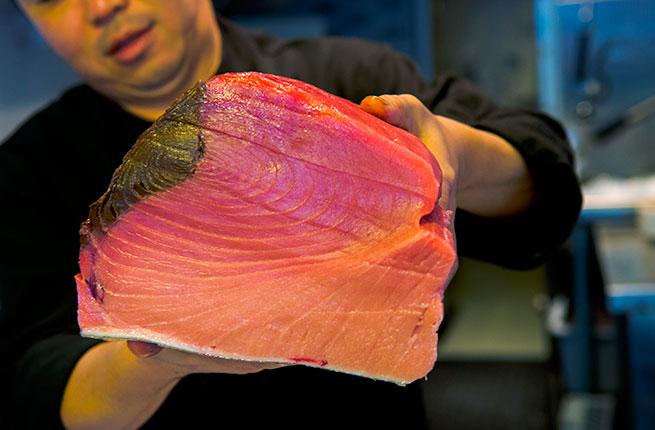 For decades, Seattle sushi lovers have followed Shiro Kashiba from restaurant to restaurant, worshiping his fish-slicing skills at the sushi bar altar. After more than one bout of retirement, Kashiba now holds court at his own place, in a location as tied to both Seattle and fish as he is. Along with the local market-fresh fish, Kashiba brings in whole tunas from Malta, mackerel from Norway, and whatever is best that day from Japan’s Tsukiji Market.

Matt’s in the Market

Matt’s disproves every theory in the book regarding “the better the view, the worse the food.” Perched on the top floor, the restaurant looks out upon sprawling Elliott Bay, a perfect view for watching the ferries below. But the view at the table rivals that out the window—and both incorporate Seattle’s famous shoreline: Dungeness crab arrives atop a raft of asparagus, clams float with pancetta in a white wine broth, and halibut shows off from a bed of fava beans. 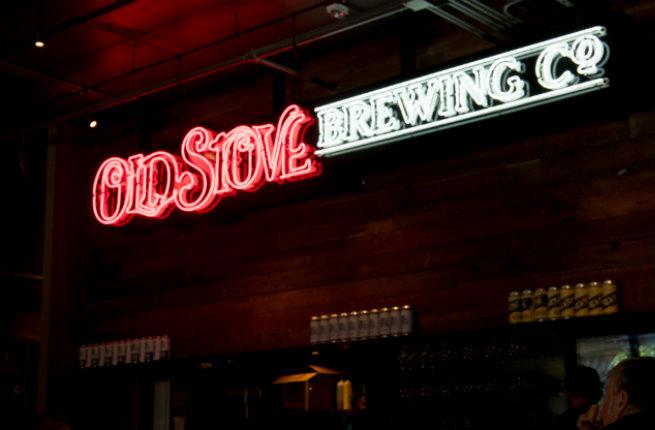 Drinking local craft beer is as quintessentially Seattle as coffee, seafood, and Pike Place itself, so it’s no surprise that there are many microbreweries to choose from within and around the market. A 25-foot mural peppered with hidden items keeps drinkers busy while they taste their way through the 16 taps here. As with any Northwest brewery, their IPAs shine, but Old Stove’s big indoor space, sidewalk tables, pretzels, and beer-hall atmosphere will keep you here for another round of the Galaxy “Smash” pale ale.

Just across the hall from sibling restaurant Matt’s in the Market, this bar embodies the opposite of Matt’s light and bright decor. The windows frame a sign for a strip club, the menu is heavy, smoky, and meaty, and the cocktails are the real stars. A giant barrel façade behind the bar holds featured whiskeys and cocktails, many barrel-aged in house. The drink list weighs heavily toward Manhattans and variations on the classic cocktail, but the best drink is the house version of the Boulevardier. If you’re planning ahead, reserve the signature half a pig’s head to eat while you’re there.