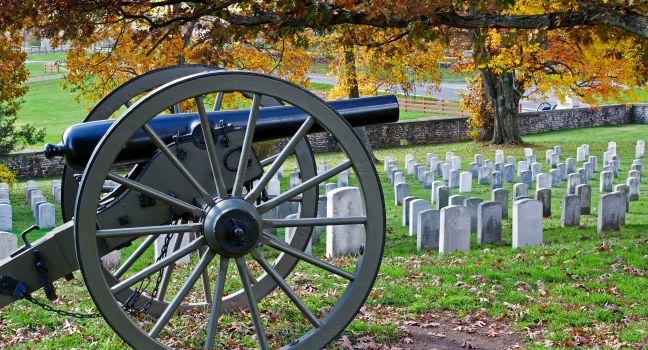 There are few landmarks as touching as the Gettysburg National Military Park, where General Robert E. Lee and his Confederate troops encountered the Union forces of General George Meade. There are more than 1,300 markers and monuments honoring the casualties of the battle in the 6,000-acre park. More than 30 miles of marked roads lead through the park, highlighting key battle sites. In the first week of July, Civil War reenactors dress in period uniforms and costumes to commemorate the three-day battle.