Hershey, Pennsylvania, likes to call itself the sweetest place on earth, and if you’re looking for a small-scale theme park getaway on the East Coast, it will indeed hit the sweet spot. Located near Pennsylvania Dutch Country, Hershey is synonymous with chocolate, as it happens to be the place confectioner Milton S. Hershey opened his factory in 1905. Today the town is home to a variety of Hershey–themed attractions, as well as non-chocolate-related activities that will appeal to both children and adults. As an added bonus, just about everything here is kid-friendly, from breweries to classic car museums. Here's a perfect three-day itinerary for a long weekend there. 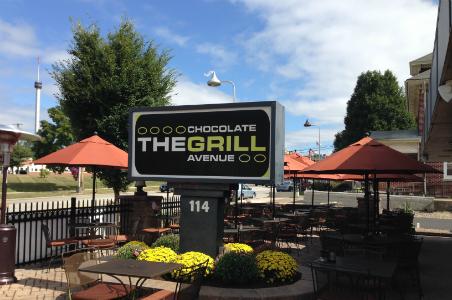 For a non-sugary first taste of Hershey, pop into the Antique Automobile Club of America, which is an affiliate of the Smithsonian. The AACA’s rotating collection spans the 1880s to the modern day: On display are antique Fords and Packards, as well as Lotus racing cars and a 1986 Rolls-Royce Silver Spur (complete with a wet bar) previously owned by Whitney Houston. Don’t miss the khaki-colored 1928 Pierce-Arrow, once used by Paramount Studios to shuttle Marlene Dietrich to and from her Hollywood home. If you have children in tow, they’ll appreciate the replica of a 1940s gas station and the buses and a model train on the basement level.

Stop for a casual lunch at The Chocolate Avenue Grill, where chocolate makes an appearance in desserts as well as cocktails, such as a white chocolate sangria or salted-caramel milkshake martini. For food, there are hearty dishes like a Philly Cheesesteak or a twist on a chicken Caesar salad, made here with grilled lettuce. If you still have room for dessert, pop into Phillip Arthur's Cafe, just a few doors down, for a massive sundae. 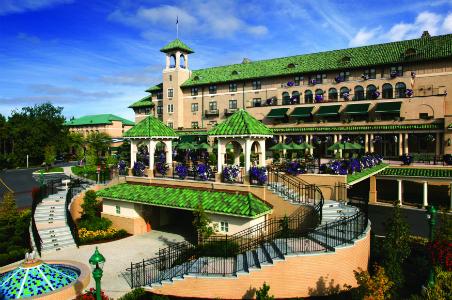 Check into The Hotel Hershey, easily the most upscale hotel in town. Inspired by his global travels, Milton Hershey built the hotel in 1933. Although the brick exterior may look a bit institutional, its hilltop position offers sweeping views of Hershey Gardens and Hersheypark. At check-in, all guests are given a Hershey bar of their choice—milk or dark—and likely to see characters dressed as a Hershey bar and Reese’s Peanut Butter Cup. 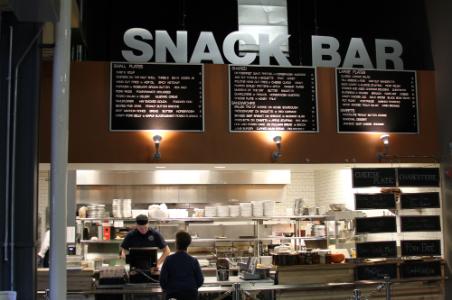 Try to get to Tröegs Brewery early to nab a parking space as well as a seat in the Snack Bar, which is held in a beer hall. This independent craft brewery has a wide variety of beers, from pale ales to stouts, or you can try one of its experimental Scratch beers. The Snack Bar’s menu goes way beyond what you’d expect from a brewery, offering fresh oysters, roasted field carrots with a red lentil salad, and house-cured charcuterie. Larger dishes include a lamb burger on curried naan bread and duck confit with smoked grapes. It’s also family-friendly, thanks to a kids’ menu and relaxed atmosphere. Don’t forget to pick up a case of La Grave to bring home as a souvenir. 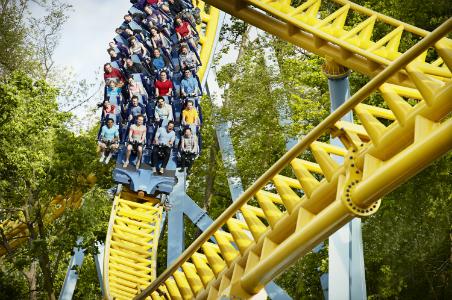 Wake up early because this is your big day to hit Hersheypark. Fill up at the hotel’s vast breakfast buffet held in The Circular, which has everything from chocolate pancakes to egg-white omelets made to order. After breakfast, walk down the hill from the hotel to pop into Hershey Gardens (admission is included with your hotel stay). Later in the spring, the garden will be in bloom with more than 30,000 tulips. Keep walking down the hill to reach Hersheypark. It’s an easy 15-minute stroll that allows you to avoid the parking lot.

Hersheypark is the main reason people come here, and it won’t disappoint. Its relatively small size—there are around sixty-five rides—means it’s not overwhelming, but there’s enough to do for all ages. As with any theme park visit, be strategic to beat the crowds. Once you enter, head to the back of the park and work your way forward. If you enjoy whizzing through the air upside down at high speeds, there are 12 roller coasters to choose from. There’s also a gentle coaster for younger guests (the Cocoa Cruiser), as well as classics such as a carousel, spinning teacups, and good old-fashioned games like skeeball and whack-a-mole. New attractions for 2015 include Laff Trakk, which bills itself as “the first indoor, spinning, glow-coaster in the United States.”

When you get hungry, there are plenty of options in the park. Try the Gourmet Grille for wraps and tacos. New restaurants include Moe’s Southwest Grill for burritos and southwestern food, as well as The Outpost, for gluten-free, nut-free, dairy-free, or vegetarian meals.

After getting your fill of adrenaline-inducing rides and theme park treats like cotton candy, cross the park’s bridge to enter ZooAmerica North American Wildlife Park. This 11-acre zoo is adjacent to Hersheypark and included in the price of admission. ZooAmerica showcases North American wildlife, including alligators, owls, and snapping turtles. Expect to spend about an hour here and then get the free shuttle back to The Hershey Hotel—you’ll be tired, and it’s a steep uphill walk. 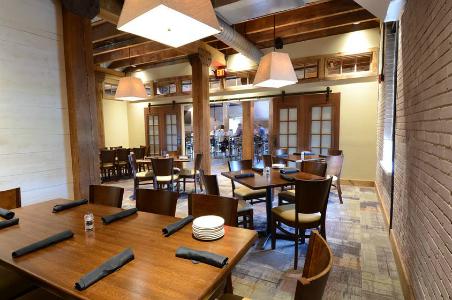 After relaxing at the hotel, head to The Mill for dinner (check a map before you go, as its address isn’t always recognized by GPS). The space features exposed timber beams and vintage lights, and the menu is all about seasonal, farm-to-table meals. Try the roasted crimson beet salad with mustard greens, ricotta, goat cheese, and lemon and the seared ahi tuna, before ending with a lemon curd pie. The lower level also hosts live music performances. 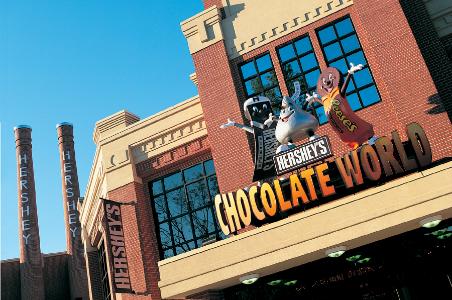 For one last chocolate fix, drive to Hershey’s Chocolate World, which is adjacent to the park. Take the free “Great American Chocolate Tour Ride,” a gentle indoor train ride through an exhibition that explains how chocolate bars are made. Hershey’s Chocolate World offers a handful of attractions, from a 4D show to a trolley ride, but it's best to buy advance tickets for the “Create Your Own Candy Bar” experience, during which visitors can customize their own chocolate bars, choosing its base flavor (milk, dark, or white) and fillings, and watch them being made in an automated assembly line. Even the packaging can be custom made. Grab a quick lunch here at the food court, which refreshingly doesn’t offer any fried foods, as the chocolate would absorb the smells. Finally, pick up a giant slab of Hershey’s chocolate in the gift shop and head home.