Comfort comes in many forms, but at Katz’s Delicatessen, it’s liquid. And the deli has served it up with love since 1888.

The beloved Lower East Side deli is where New Yorkers and travelers flock for arguably the world’s best matzoh-ball soup. Not to mention a menu that’s basically the Jewish-deli-essentials gold standard, consisting of corned beef, pastrami, and brisket sandwiches on rye; square or round knishes; babkas and black-and-white cookies; split-pea and chicken-noodle soup; and full- or half-sour pickles.

Plus salami, of course—a driving force for Katz’s fame thanks to its unforgettable WWII-era near-rhyme (best spoken with a New York accent): “Send a salami to your boy in the Army.”

These days, Katz’s Deli is applying some of the same, timeless can-do spirit that it did decades ago to extend its 132-year-old legacy beyond the coronavirus. 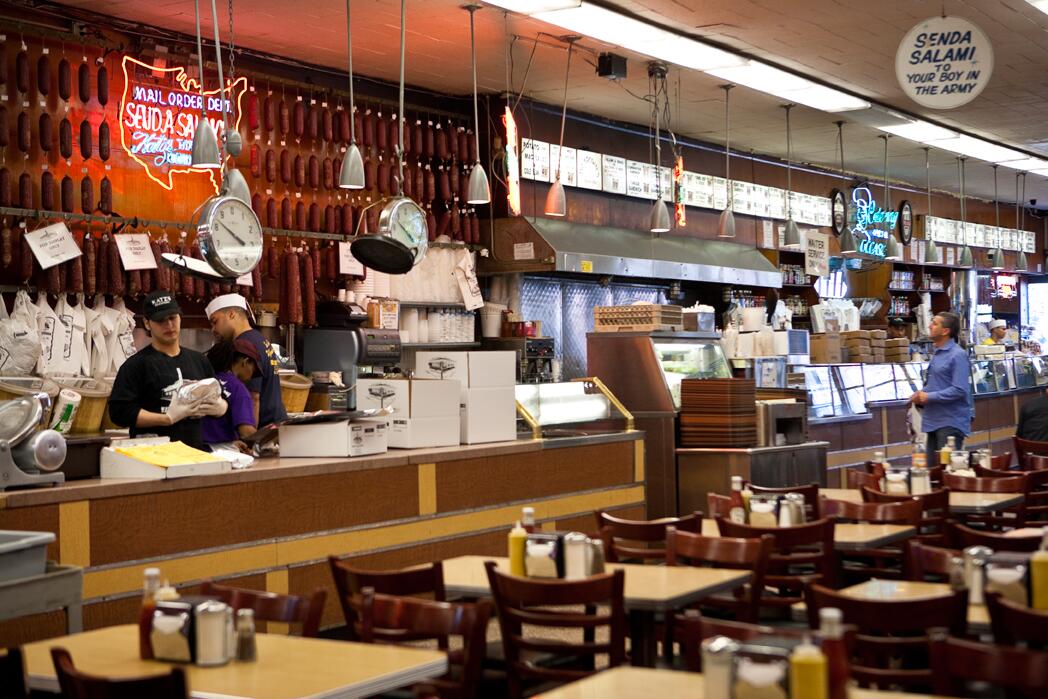 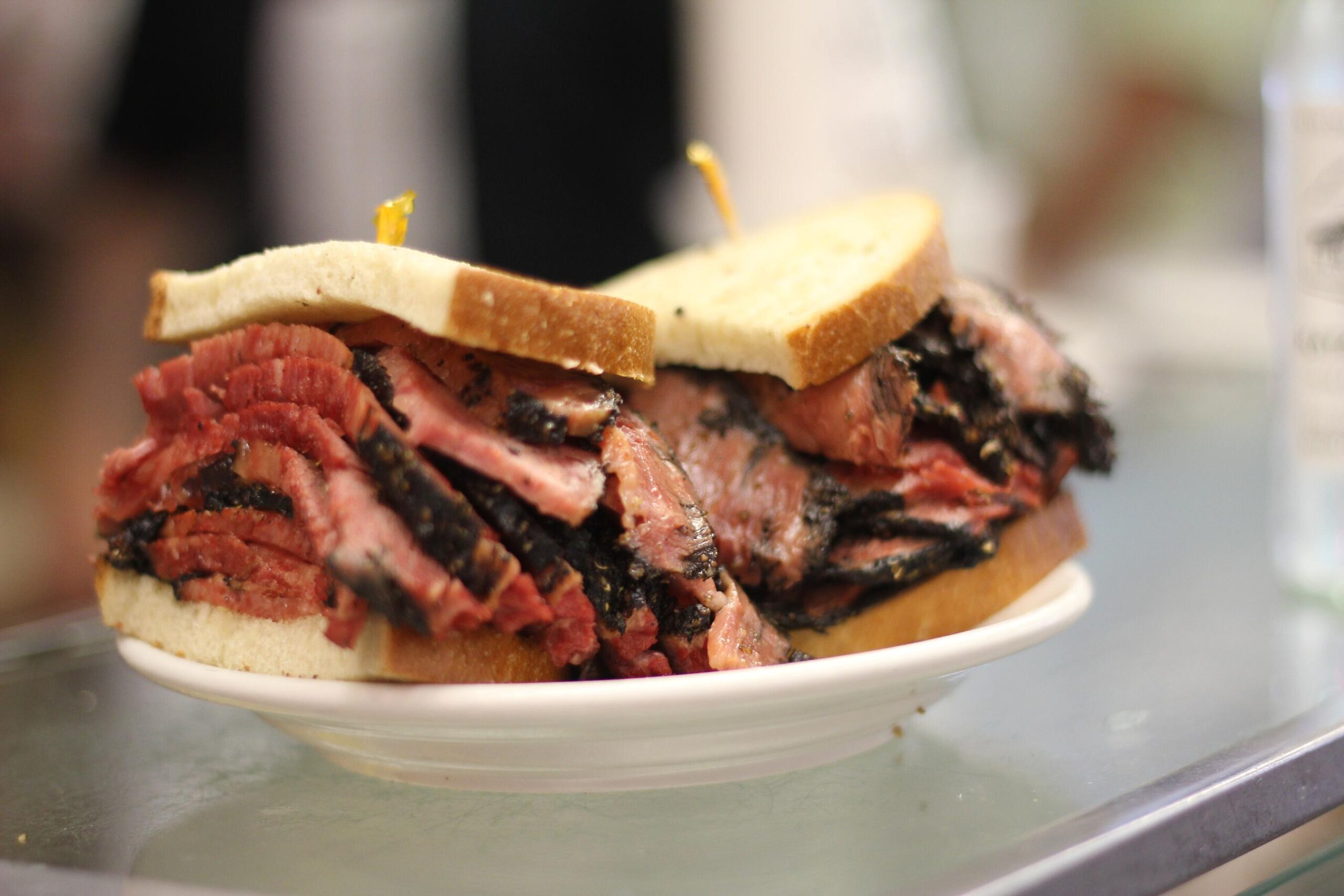 Like many NYC restaurants, Katz’s has shifted its focus to local delivery (through several apps), takeout, and internationally-shipped orders. But the restaurant has also partnered with lower Manhattan’s Henry Street Settlement, a multi-faceted community and social-resources center, to help New Yorkers hit hard by the COVID-19 crisis.

Third-generation owner-operator Jake Dell says that Katz’s “Support NYC” program invites diners to order online, with the option to add $5 to deliver a pint of matzoh-ball soup to senior citizens and low-income housing residents in the community. Each serving is in addition to the 200 pints Katz’s has donated daily to the Henry Street Settlement since the crisis began.

“Everyone wants soup,” says Dell, who in 2009 took the reins from his father Alan Dell and uncle Fred Austin. “Soup is good for every situation, and there’s something very warm and comforting about specifically matzoh-ball soup. You got a broken leg, matzoh ball soup’s good for that. And there’s a nostalgic and emotional component to it that’s especially apparent now.”

Katz’s Support NYC effort also lets patrons add a $20 donation to “Feed NYC’s Healthcare Workers,” in collaboration with Feed the Frontlines, an organization helping to distribute meals to hospitals across the city. Each $20 donation provides a healthcare worker a classic pastrami or turkey half-sandwich, a side of coleslaw or potato salad, and house-cured pickles. “Your $20 purchase will nourish and sustain the body and spirit of a true hero on the front lines of this pandemic,” reads the deli’s website.

The heroism applies to Dell’s business sense too. While many small companies have been forced to reduce or furlough staff during the pandemic, Katz’s has retained its 200 employees—despite its revenue plummeting around 90 percent.

“Soup is good for every situation, and there’s something very warm and comforting about specifically matzoh-ball soup.”

Dell has moved workers from its temporarily shuttered Brooklyn location to its iconic corner shop on Ludlow and E. Houston Streets. They’ve joined their co-workers in a redesigned delicatessen, with tables now laid out like a makeshift distribution center (Katz’s fans needn’t worry: its walls are still famously lined with celebrity pictures taken in-store, and its legendary When Harry Met Sally table will return).

Employees wear masks and keep distance from each other, while a handful are able to work from home. “We reassessed the workflow to make sure there’s a need for everyone,” he says. “A job that was for three or four people, we made it a job for 10 or 11 people. Every week has been a learning process, for myself, for my staff, for all the managers.”

Tourist and neighborhood walk-in traffic, of course, has diminished, with only a handful of customers hitting the grab-and-go counter these days. But on the bright side, employees are staying busy. Charities like the Jewish Food Society and the Paul Singer Foundation have donated thousands of Katz’s sandwiches to frontline workers and others in need. The Passover and Easter holidays also brought a small surge in orders, with the team addressing workflow hiccups as they arose.

“There’s just a never-ending amount of unforeseen issues,” he says, citing supply-chain challenges for literally every ingredient, packing material, even napkins. “But it’s the same everywhere in the country…everyone’s figuring it all out together at the same time.”

As a lifelong Lower East Side-New Yorker who grew up at Katz’s, it’s easy to understand Dell’s devotion to his employees and family business. It’s as ingrained as his sense of local community, which he speaks of like family. And while he sounds weary, his optimism is clear.

“We’re lucky enough that we’re open. We’re going to be okay. But there are a lot of people who are not in that situation,” he says. “So if you want to give some money that can help me with food costs, then sure, let’s put it toward feeding more and more people. We have the ability to feed a tremendous amount of people, and a moral responsibility to do that.”

Katz’s Delicatessen ships to all U.S. states, and around the world: katzsdelicatessen.com If you want artificial tasting chicken soup and a matzoh ball the size of your fist by all means order. I got a delivery order a few weeks ago, several items misisng but charged, the choclate babka totally smashed. I called and wrote, included pictures, for a credit. So far silence, IMHO the pastrami is the best. The rest forget about it.