In a city filled with hundreds of incredible tourist destinations, should residents and travelers even bother going to Hudson Yards?

At Hudson Yards, New York City’s newest major real estate development, a self-serving photo policy caught the ire of a city that was already deeply skeptical of the development’s purpose and vision. Modified only after public outcry, the photo policy also raises serious questions: Does Hudson Yards care about its visitors, and why should people spend their time and money visiting a place that doesn’t respect their privacy?

When the WNYC news-blog Gothamist first drew attention to the photo policy for the Vessel, Hudson Yards’ vertical (some might even say shawarma-shaped) sculpture-meets-observation-platform, it was an immediate, entirely predictable public relations nightmare. 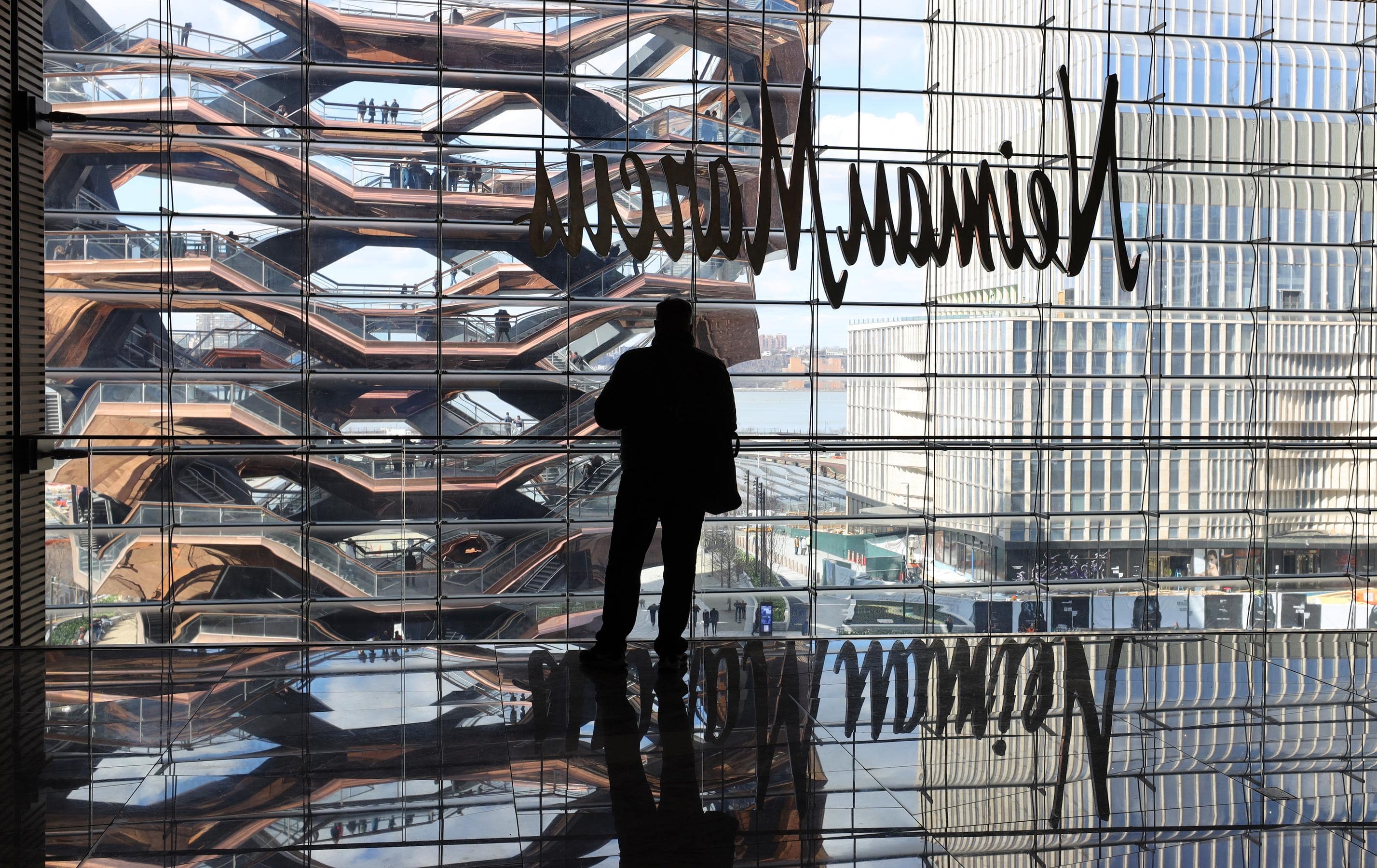 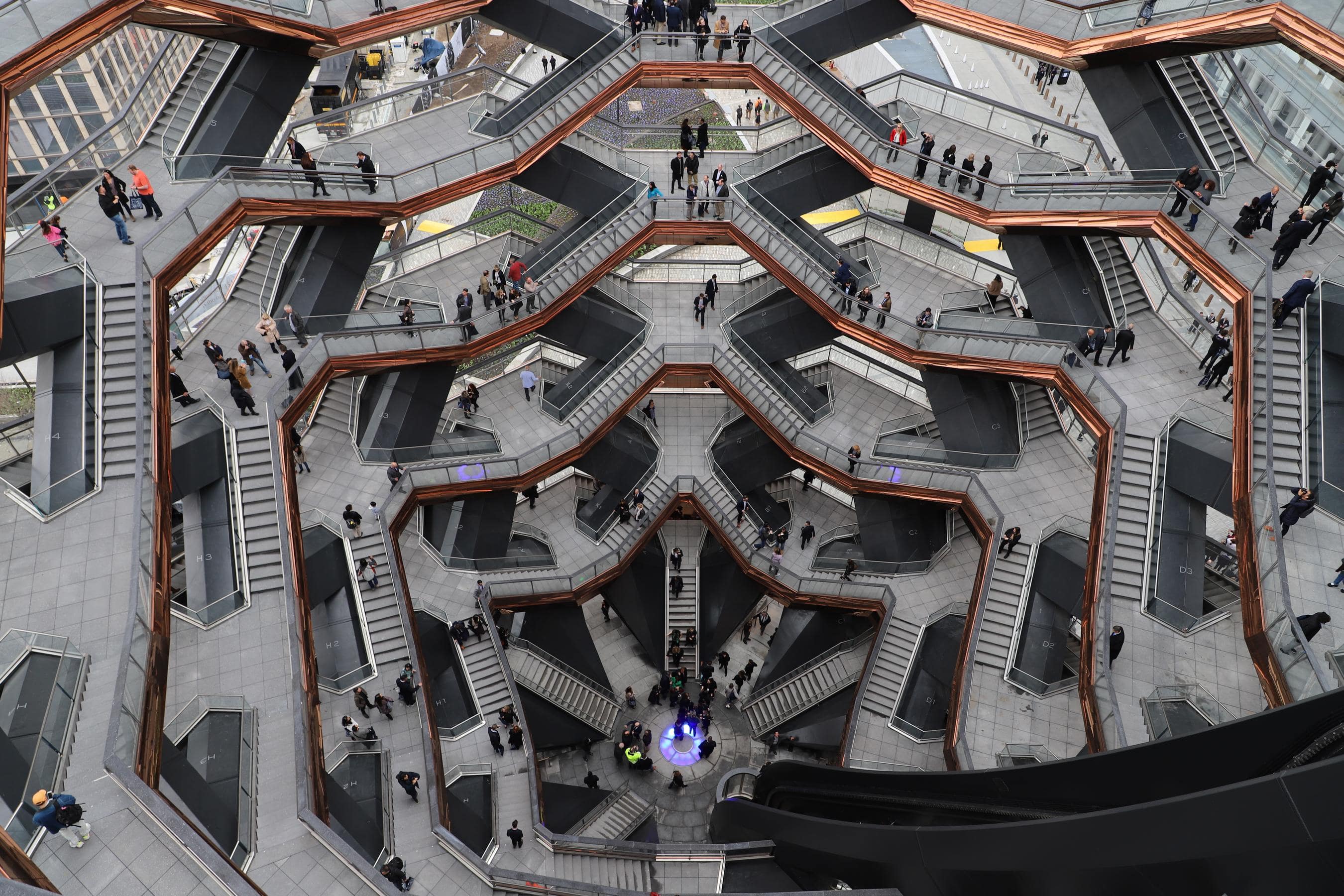 The problem primarily centered on two clauses from the Vessel’s terms and conditions, which are viewable online and don’t seem to be physically posted at the site itself. The “MY CONTENT” clause gives Hudson Yards the right to use and reproduce photos you take while you’re at or near the Vessel–a move that’s as predictable as it is tiresome–but it was the “MY NAME AND LIKENESS” clause which was overtly, almost comically sinister:

“If I appear in, create, upload, post, or send any photographs, audio recordings, or video footage depicting or relating to the Vessel, I grant to Company the unrestricted, worldwide, royalty-free, perpetual right and license (with the right to transfer or sublicense) to use my name, likeness, voice, and all other aspects of my persona for the purpose of operating, developing, providing, promoting, advertising, and improving the Vessel or any other products or services provided by Company or its sublicensees (in either case, now known or later developed).”

Unsurprisingly, people were less than thrilled, and within days the language was modified. The new terms and conditions—while still problematic–are less overtly terrible. Even with this updated policy though, the damage is done. Hudson Yards has shown that they don’t have what it takes to be a contender in New York’s competitive tourism landscape. They’ve also shown that they’re bad neighbors, they’re bad New Yorkers, and they don’t care about their guests.

Consider this: New York is a city where one of the single greatest draws is the people, and that includes its visitors. Yes, New Yorkers may carp about how tourists don’t know how to walk and stand directly in front of subway doors, but the city thrives on diversity, and that includes the people who come to visit. Hudson Yards’ original terms and conditions show that they take their visitors for granted, and that they don’t care about their wellbeing. You don’t tell someone you respect that you intend to reproduce “aspects of their persona” for commercial gain.

With the exception of a few promising eateries and a meager handful of more affordable shops, Hudson Yards’ mall is a surprisingly ugly temple to exclusionary fashion and design. This is not how most people live. This vision of the future is gilded, and it’s dystopian, and it’s boring.

The fact that Hudson Yards thought this policy was acceptable also shows either a lack of attention to detail or a truly stunning amount of hubris, and neither is a good quality in a tourism destination. People visiting from places like the EU often enjoy much broader privacy protections than Americans. How would Hudson Yards handle things if a digital ad campaign used the voice or likeness of someone who then demanded that they have the Right To Be Forgotten? How about someone at the Vessel who was captured on social media by a stranger? How about if that person was a model, or an actor, or really anybody who makes money from their image?

Maybe the real deal breaker should be hubris though. The “About” page for Hudson Yards includes the blurb, “Hudson Yards has become the cultural center of Manhattan’s New West Side. A template for the future of cities, this new neighborhood has not only changed the way New York looks to the world, but the way the world sees New York.” Please. When the development began selling condos in 2016 the cheapest–1-bedroom apartments–were just shy of 2 million dollars. With the exception of a few promising eateries and a meager handful of more affordable shops, Hudson Yards’ mall is a surprisingly ugly temple to exclusionary fashion and design. This is not how most people live. This vision of the future is gilded, and it’s dystopian, and it’s boring.

If the people behind Hudson Yards truly think it’s a cultural center, they should spend some time in Flushing, or in Jackson Heights. Or in Murray Hill, or on Mott Street. Or in Bay Ridge. Or, really, any neighborhood in any borough that isn’t Midtown West. And as for being a template for the future of cities? That’s just terrifying.

New York has countless distinct, iconic sights and destinations and in 2018 alone, the city drew in a record 65 million visitors, and none of them were there to see Hudson Yards. If Hudson Yards wants to prove that they’re anything more than a playground for rich jerks, they need to show that they actually care about the people they’re trying to attract. Hudson Yards needs New York, but New York does not need Hudson Yards–and neither does its visitors.